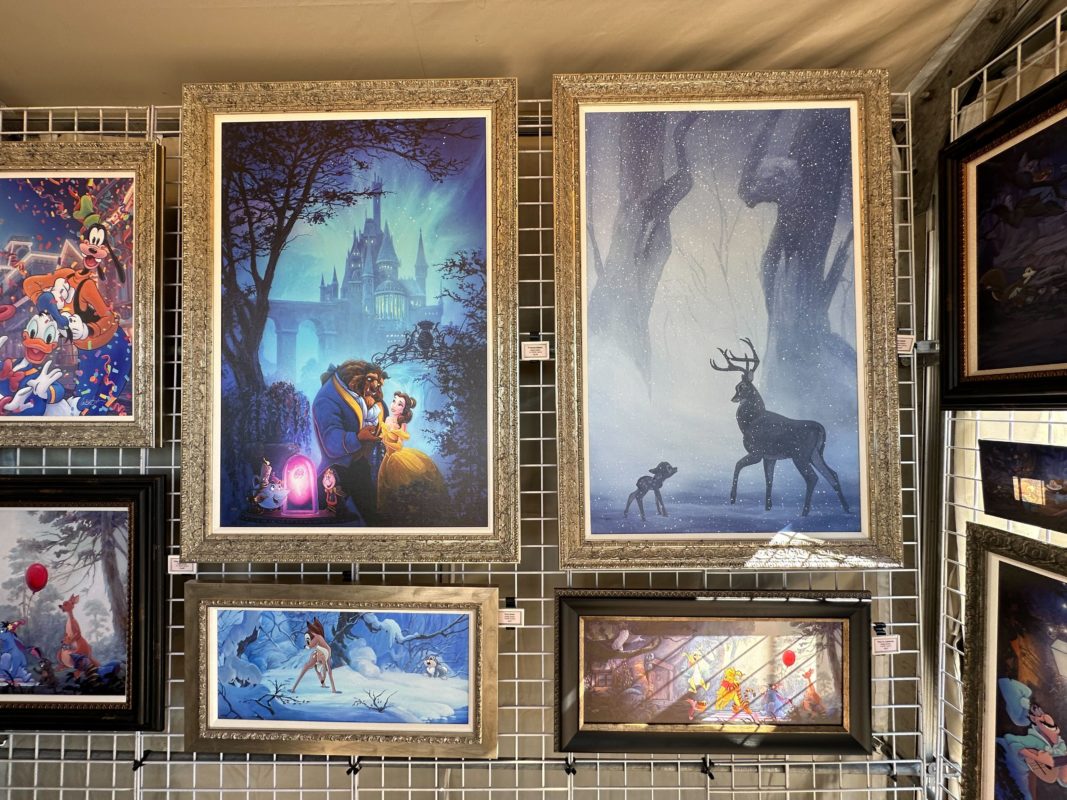 Disney animation lovers have a haven at the 2023 EPCOT International Festival of the Arts with the return of former Disney artist William Silvers‘ booth at the Germany Pavilion.

Silvers served as a background artist on a number of Walt Disney Animation Studios films, including “Mulan,” “Tarzan,” and “Lilo & Stitch.”

Most of Silvers’ work features scenes from animated Disney films.

There is a painting of Mickey and Friends in front of Cinderella Castle at Magic Kingdom.

Silvers announced a “Star Wars” series of artwork on Facebook last month, although it does not appear most of these works are available yet.

William Silvers’ kiosk is open daily from festival opening to festival closing, with Silvers himself on hand for signings Wednesdays through Sundays from 4 p.m. to park closing.

One “Star Wars” series was on display, featuring Yoda in front of his home on Dagobah.

Of course, the art for sale is just one component of the festival. Keep reading WDWNT for continuing coverage of fine and performing arts displays as well as the culinary works found at the Food Studios!