Oh, what a find! It started as an ordinary day at Walt Disney World. I was just walking around Star Tours taking pictures of Vinylmation. But before I went home for the day, I decided to step inside Tattooine Traders. For months now, I check the Star Wars displays to see if Series 5 of the Disney Characters as Star Wars action figures show up. They were not supposed to hit shelves until Star Wars Weekends in May, but to my great excitement, they were there. Like all the previous series, it’s a five figure set, but for the first time, Clone Wars characters are featured. They retail for $9.95 a piece. 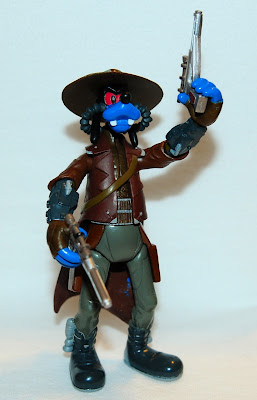 First up is the bounty hunter Cad Bane. I think Disney stepped up the detail a little in these characters. The figure poses well and stands on his own easily. That was not always the case with Goofy action figures from this line. 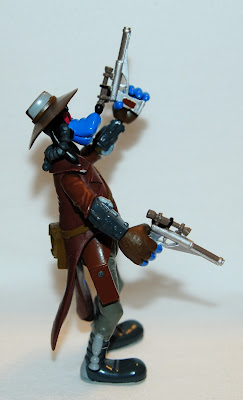 I like the two guns, I only wish the holsters could actually house the guns when not in hand. 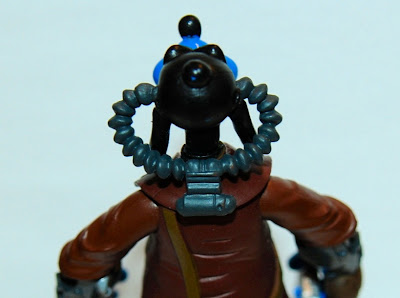 The breathing tubes are well done and are a soft flexible plastic. His jacket and hat also fit well on the figure. 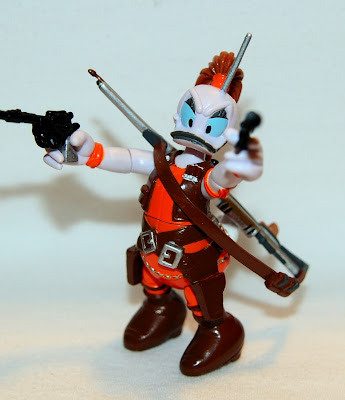 Another bounty hunter, Aura Sing, is portrayed her by Daisy Duck. A good choice for this under used Disney character. Lots of accessories here. Just like Cad Bane, Aura gets 2 hand guns, but she also gets the riffle. If I’m being picky, the right hand holds the gun well, but the left hand is a little awkward. And even though these figures seem to more poseable than past series, she can’t really hold the riffle correctly. It does however hang over her shoulder rather well. 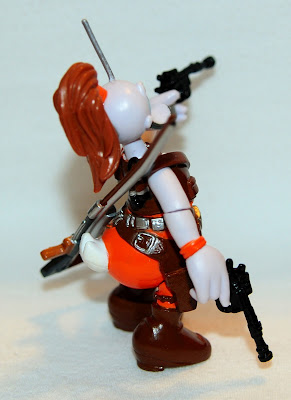 The back features her ponytail and duck tail as well as her holsters. 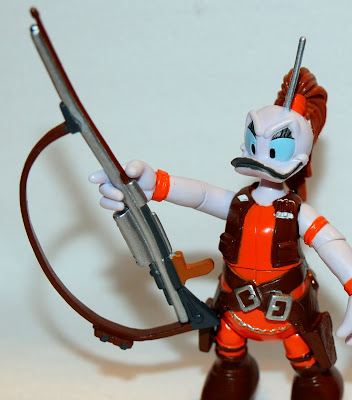 She can only really hold the riffle with one hand, but not too bad. Again, I would like the holsters to actually be able to house the guns when not in hand. 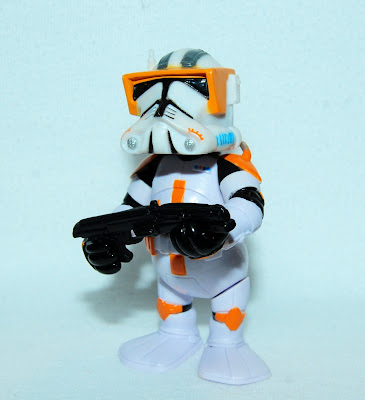 Donald Duck takes on the role of Commander Cody. Just a little too much like the Donald playing the Stormtrooper for me, but still a cool figure. The helmet opens and closes in two pieces over the head just like his Stormtrooper counterpart. 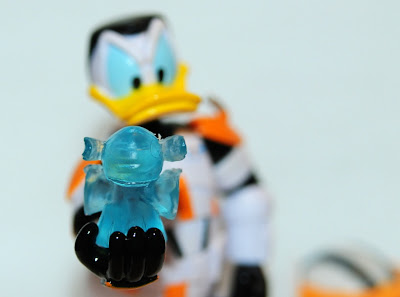 The cool part is the little ‘hologram’ Stitch as Emperor Palpatine recreating the receiving of “Executive Order 66.” The icing on the cake is that the hologram can sit right on Cody’s turned up hand. 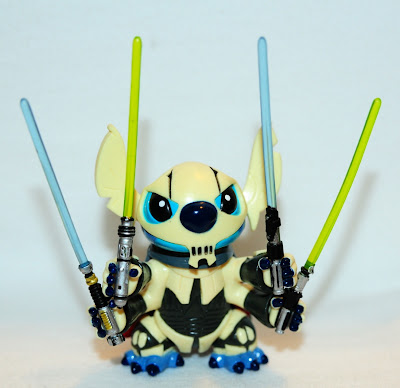 Wow! Perfect. Stitch makes the best General Grievous. The costume is perfect and the use of Stitch’s extra arms is great. But the best part are the four light sabers. They are all designed just a little bit different. That is a great touch given that General Grievous acquires his light sabers from different Jedi Knights. 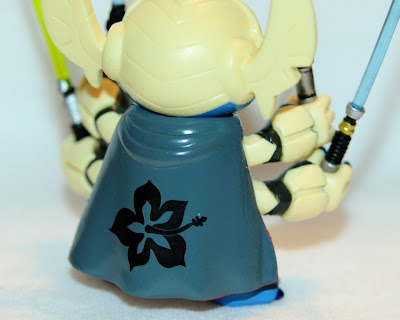 The back of the cape has cool detail. 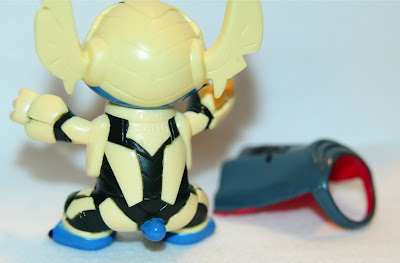 They even have some detail under the cape. 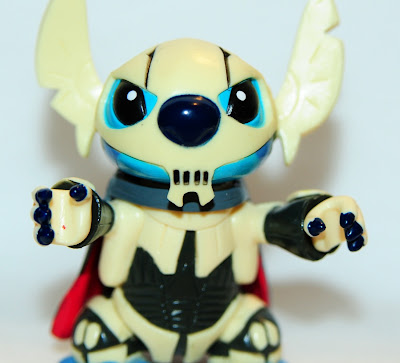 Not sure why you would want to, but you can pop out the four arms and replace them with two. 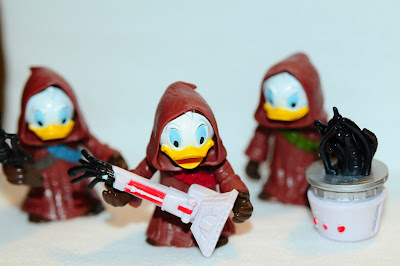 Jawas round out the 5 figure set. Huey, Dewy and Louie play the part here. They are a nice fit and costumes look great. I also love the variety of accessories. 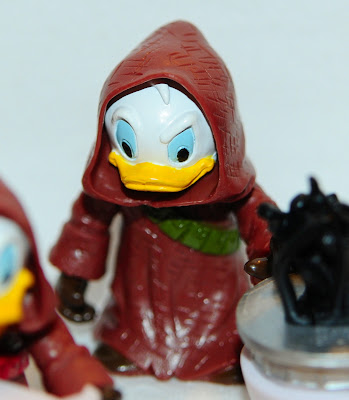 There are a couple different robot parts. And each Jawa has his own facial expression. 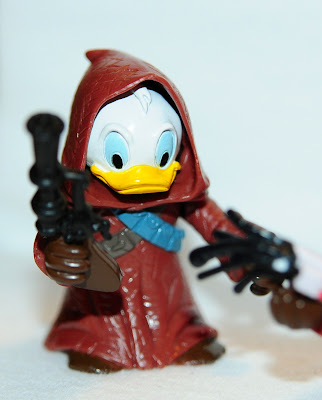 There is also a hand gun accessory. Overall, Series 5 is a welcome addition with great detail, a ton of accessories, well posed figures and of course, the addition of Clone Wars.

Previous
Donald and Pluto Mystery Combo
Next
A Revised Look for Splitsville, Bowling and Dining Experience Coming to Downtown Disney