On July 13th, a 9″ Park 9 figure representing Disney’s Feature Animation Building will be released. The edition size is 750 and it will retail for $44.95. 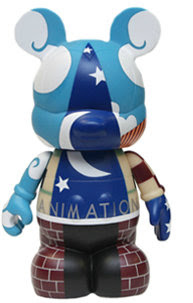 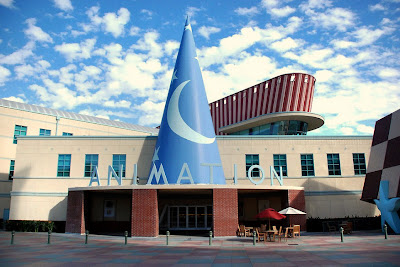 The facility’s marquee feature is a cone-shaped tower in the shape of Mickey Mouse’s Sorcerer’s hat serving as the entrance. The ground floor contains the building’s public spaces, with a triple height lobby and a screening room. 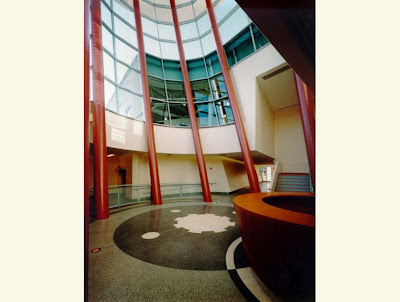 The archives and computers are on the lower level. Post production (including background and special effects) are on the ground floor. Animation is on the second floor with story development on the third. 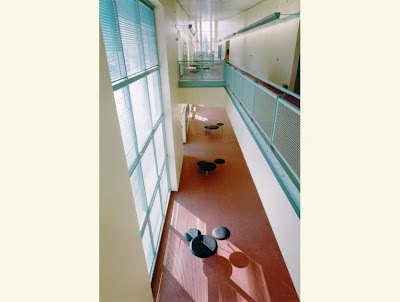 All four floors are interconnected by a grand stair case centrally located and each has a “main street” on the south facade of the building. 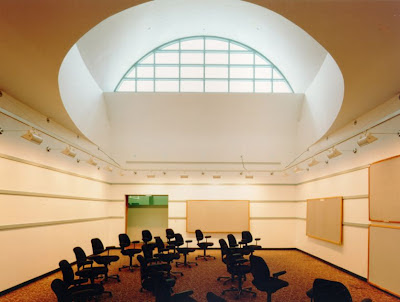 The Robert A.M. Stern Architects website describes other facets of the building:

“The south facing lobby and circulation esplanades become the building’s primary circulation and gathering spaces–on the exterior they are expressed by an arching wedge that slopes up in relation to the allowable height limit on this site. This enormous but narrow form is the building’s facade to the highway, in scale with Route 134 and with the speed of passing commuter traffic.”

I also found some interesting info about the building’s signage on the AIGA (professional associate for design) website:

“The room identification signs reflect the buildings unique shape and the floors are color coded. Function yet entertaining directional signs relate to 1930’s signs on the studio lot. A custom digital type font “Kem Weber” was designed. It has the feel of bygone eras. It has been adopted by The Walt Disney for use on future developments. The use of custom typography and design themes that are functional as well as entertaining produce an environmental graphics program that is integrated into, not added onto, this landmark building.” 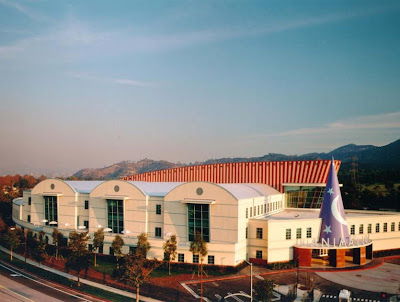 The Feature Animation Building once housed of the office of Roy E. Disney, From 1984 to 2003, Roy E. Disney was vice-chairman of Disney’s board of directors and head of Disney Animation, where he helped to guide the Studio to a new golden age of animation with classics including The Little Mermaid, Beauty and the Beast, Aladdin and The Lion King. 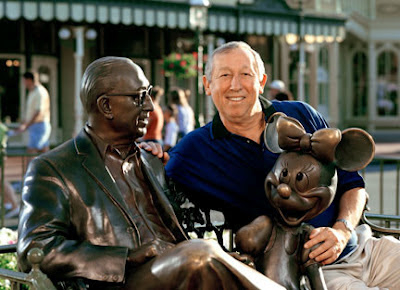 Following Roy’s 2009 passing, the building was renamed and rededicated in his honor on May 7 2010, by The Walt Disney Company’s president and CEO, Bob Iger.

This was no easy structure to capture onto a canvas shaped like Mickey Mouse. Billy Davis did a very admirable job. 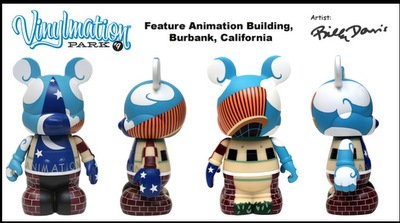 There are a ton of odd corners and crevasses on this building. The front is pretty straightforward, but turn it on its side and it is hard to capture the long part of the building with the orange and red stripes. If you mentally unwrap the art off the figure and lay it out 2D, I think you can see a perfect layout of the building. The artist does a nice job wrapping it around the figure instead of trying to create the front, back and sides. In doing it the way he did, the artist gets to keep the marque features. 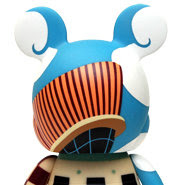 The left arm is interesting. It represents the cubic structure just outside the building that is held up by a star and underneath you can see the stars on blue pattern, similar to the hat. 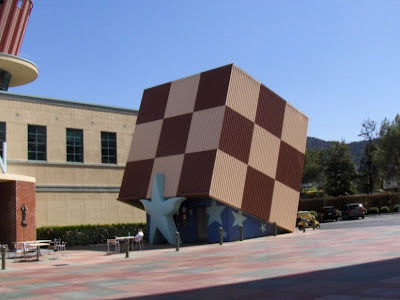 The other arm, I do not entirely get as it is all sky and clouds like it is not there. I do like the stylistic clouds on the head and ears. Ultimately, this was a wonderfully unique choice for a Vinylmation and the design seems to well suit the building itself.

As a fun side note, here are other Disney buildings designed by Robert A.M. Stern, Architects: 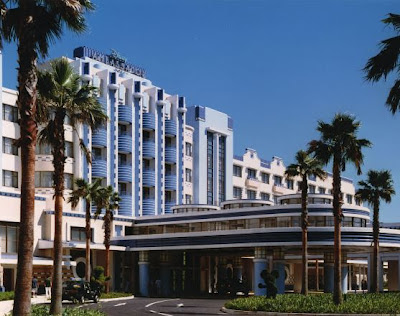 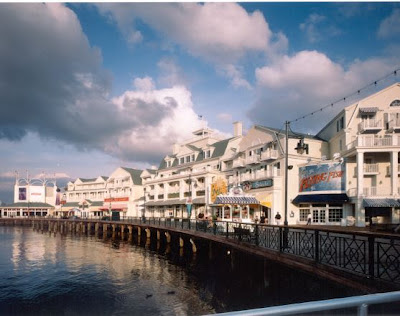 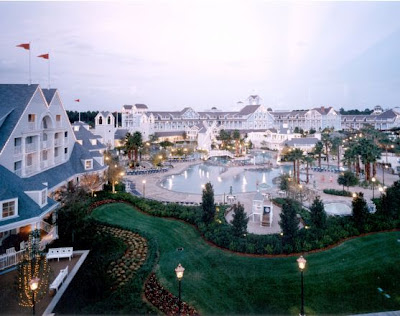