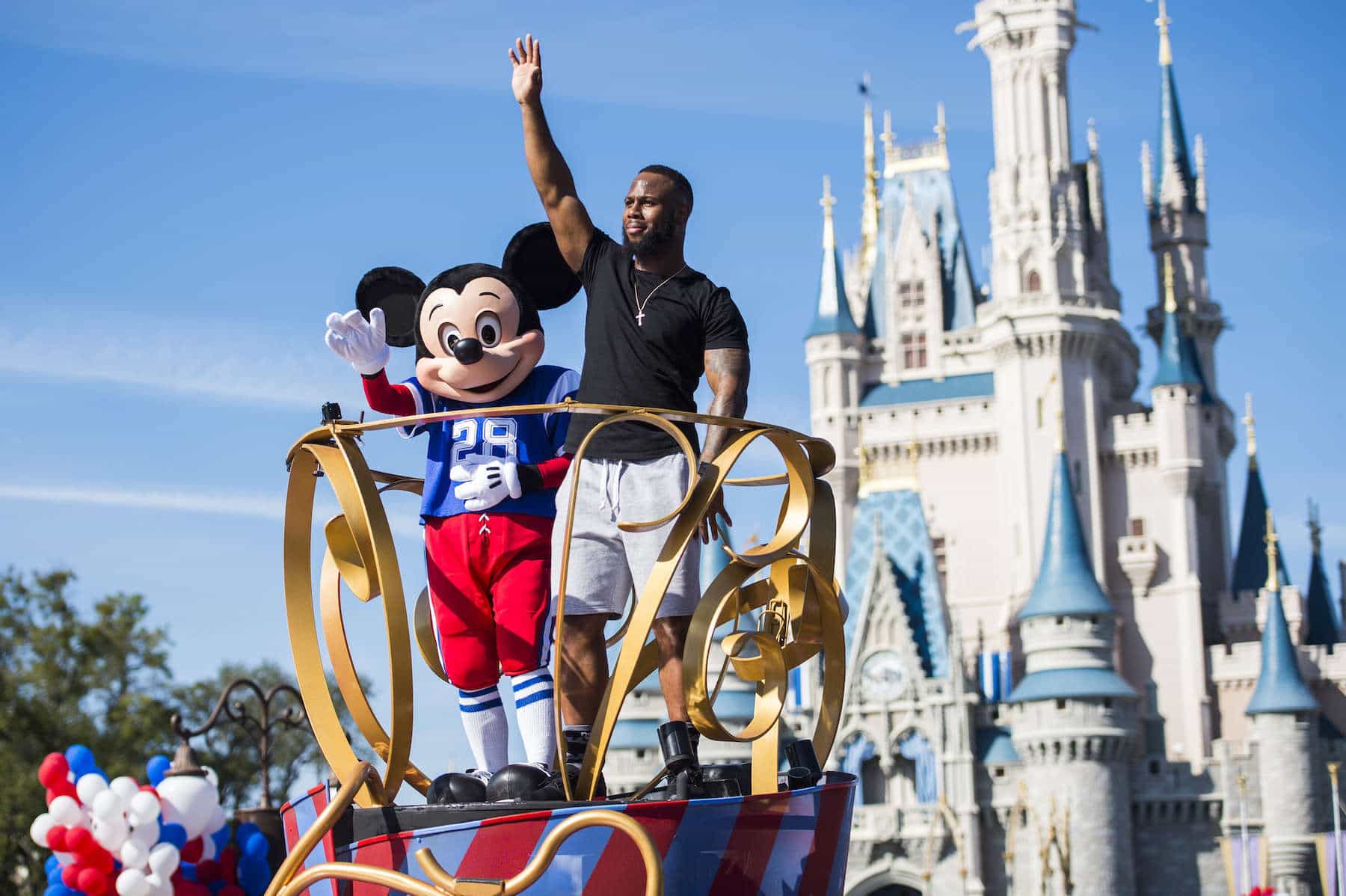 LAKE BUENA VISTA, Fla. (Feb. 6, 2017) – It was 1987 when the winning quarterback in Super Bowl XXI began a tradition of going to Walt Disney World Resort to celebrate. That would carve out a place synonymous with glory and achievement in sports and other human endeavor.

Thirty years later, that same honor fell to running back James White, a hero of Super Bowl LI in Houston. White caught one touchdown pass and rushed for two others – including the game-winner in overtime – to help rally his team to an epic, come-from-behind 34-28 victory over Atlanta to capture the NFL Championship.

For his on-field heroics, White was honored with a celebratory parade Monday down Main Street, U.S.A. at Magic Kingdom Park. Park guests and NFL fans alike lined the iconic street as White smiled and waved from a float he shared with Mickey Mouse, Minnie Mouse and other Disney characters.

Afterwards, White posed for photos with Mickey and Minnie and enjoyed some fun time in the park, experiencing some of its most popular attractions such as Seven Dwarfs Mine Train.

That continued a 30-year tradition of the Super Bowl hero celebrating his team’s victory at Walt Disney World Resort or Disneyland Resort.

Next
‘Club Penguin’ is Shutting Down, New Game Coming in March