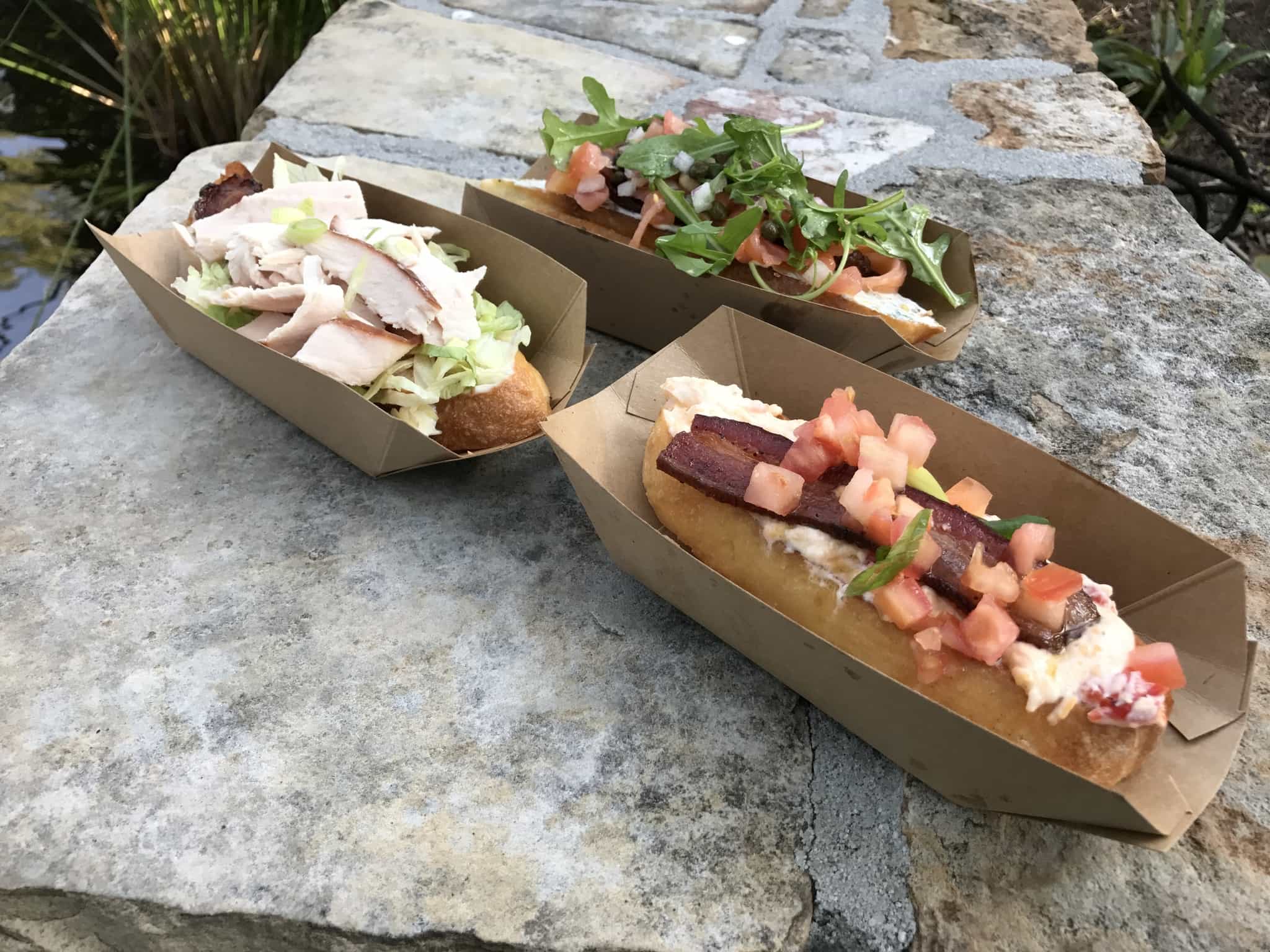 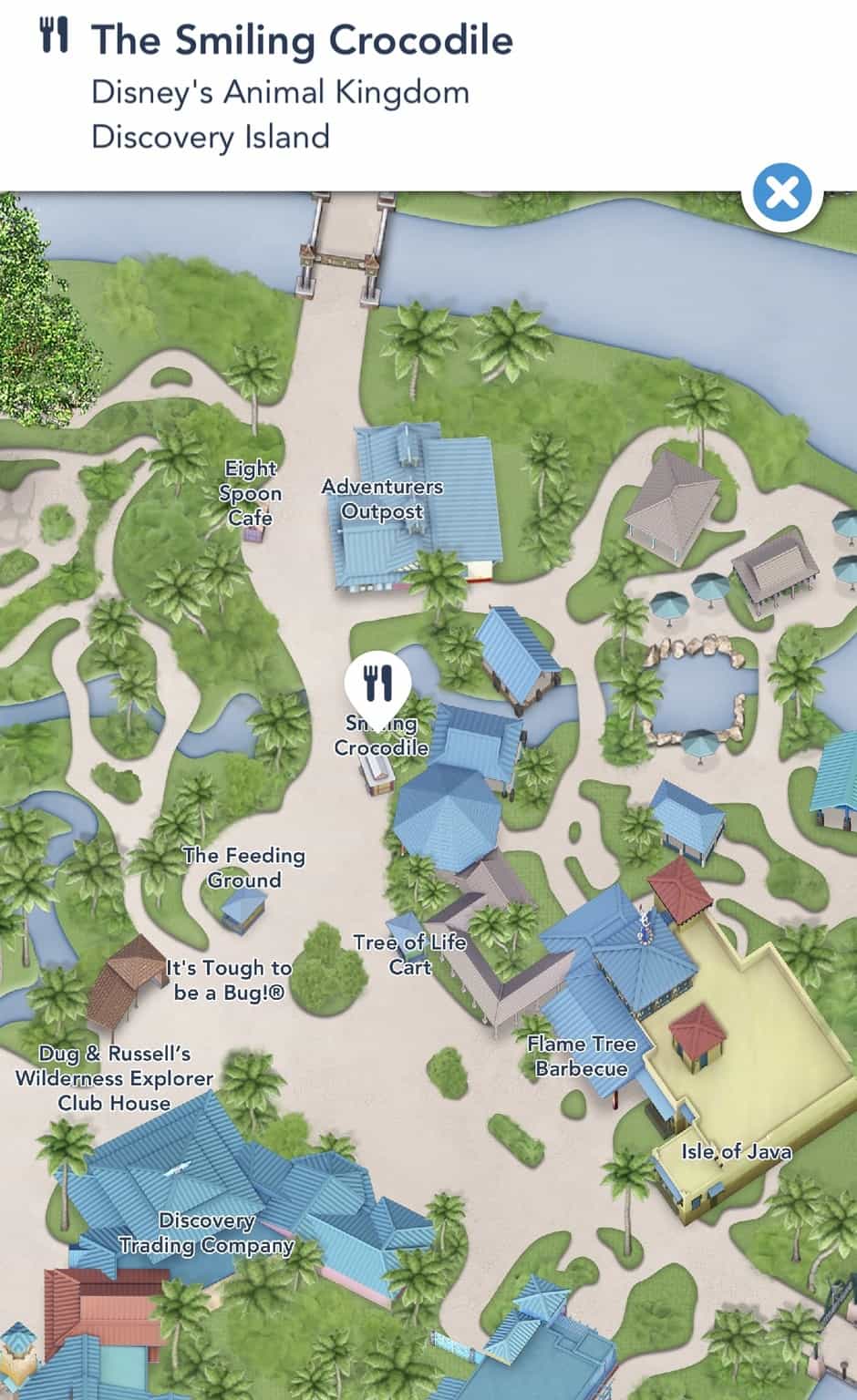 The former home of the wonderful smoky cheddar grits and the chicken drumstick is now serving up three varieties of “BLT Sandwiches”. Why did I put that in quotes? Because I’m still not sure that is how I would describe these dishes… 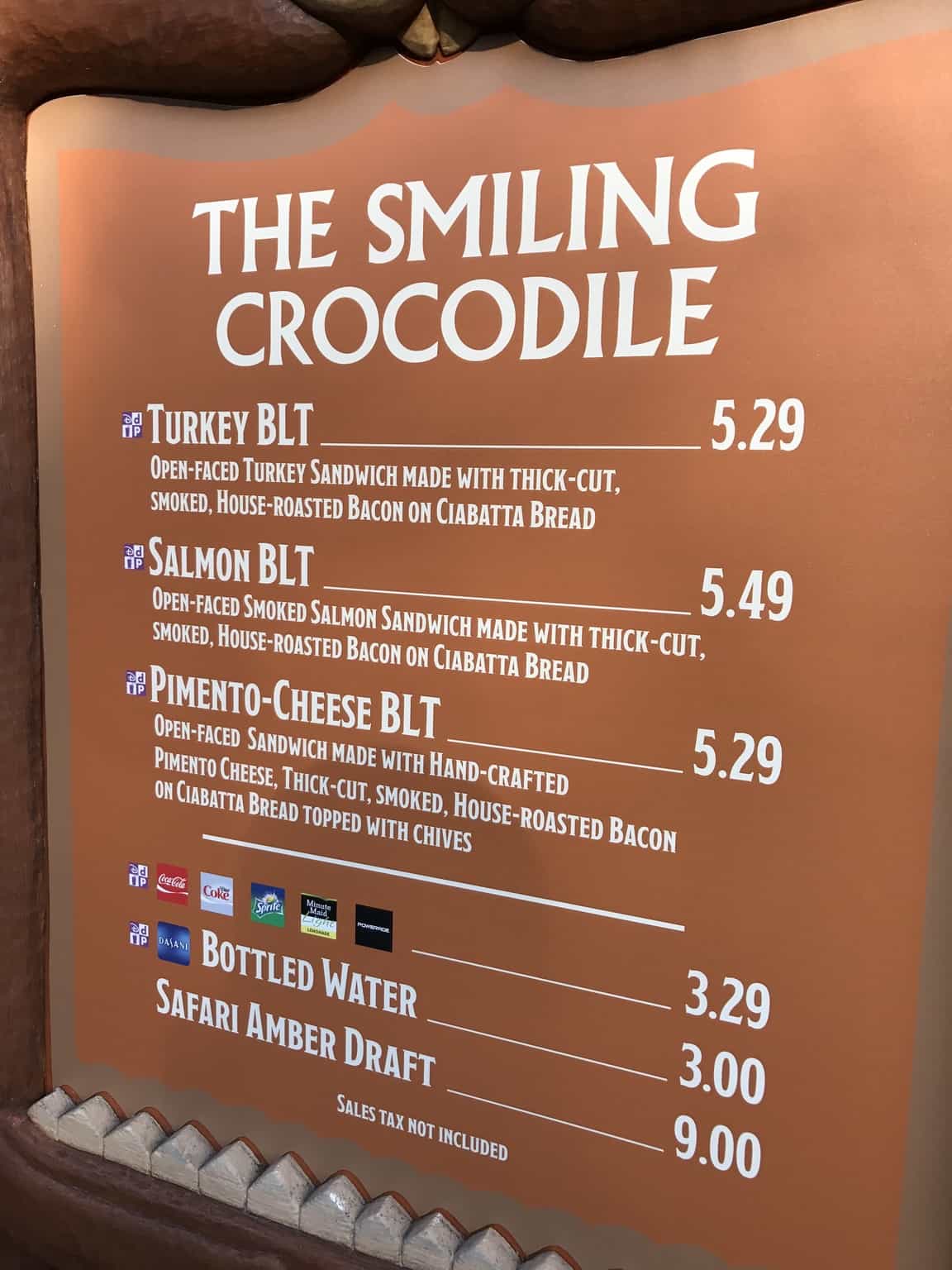 On the bright side, they are all snack credits on the Disney Dining Plan and sizable for such an offering. 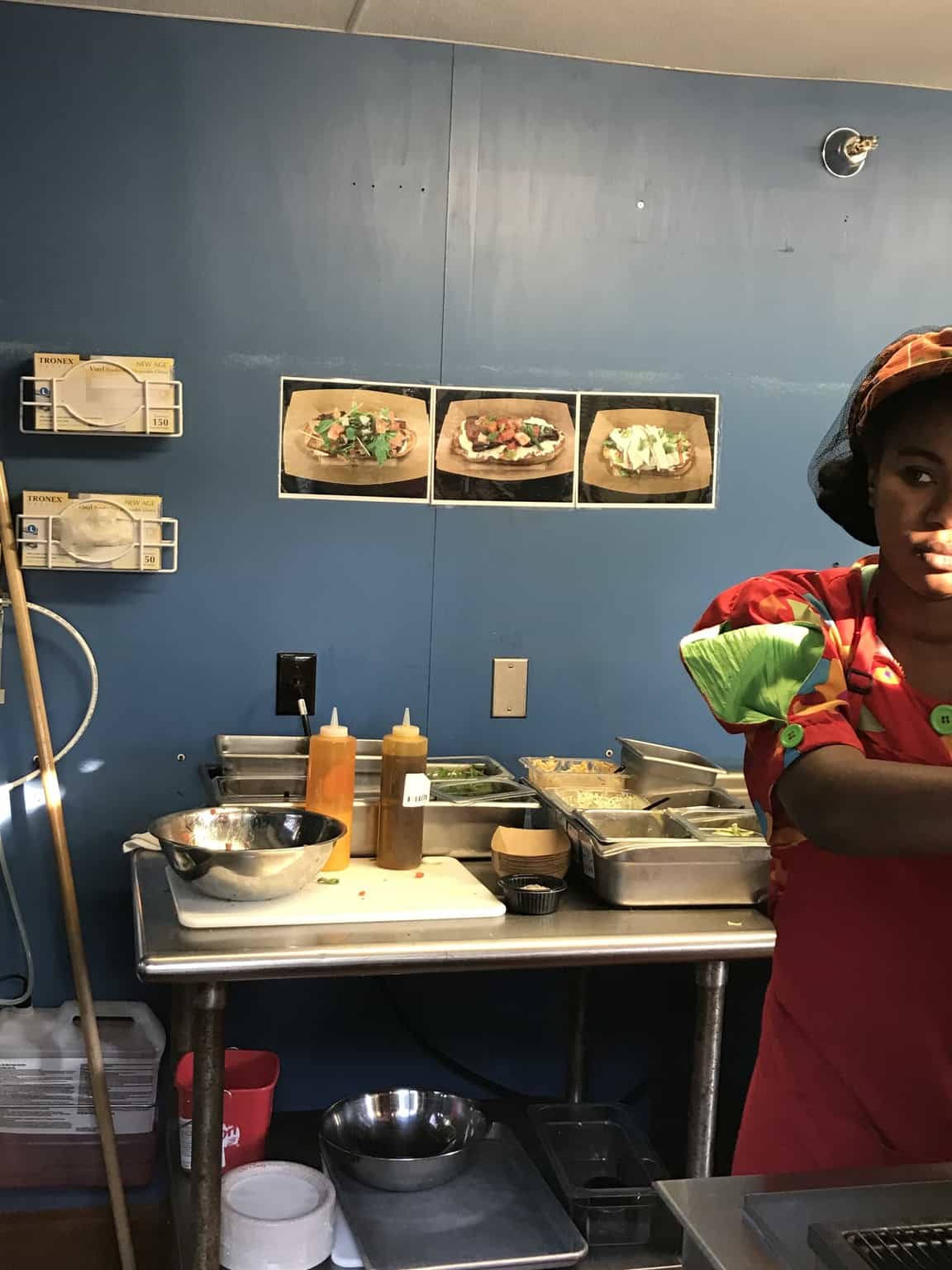 Pictures of the three new dishes hang on the walls inside of the kiosk, just to assure that they turn out looking as they should. 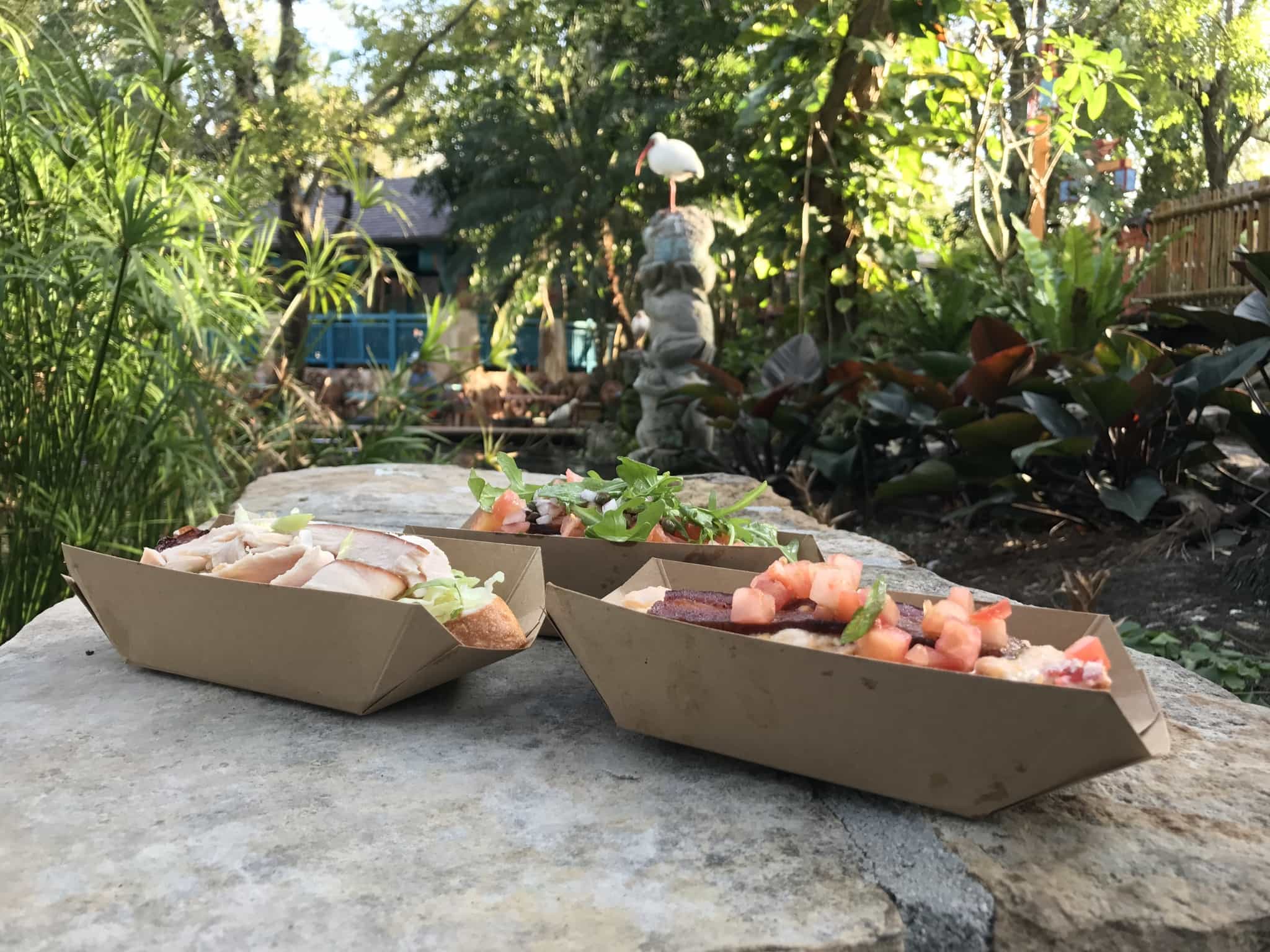 With the proximity to the Flame Tree Barbecue seating area, there is always a nearby place to bring the food & drink from these stands and be able to sit in peace and quiet enjoying them. 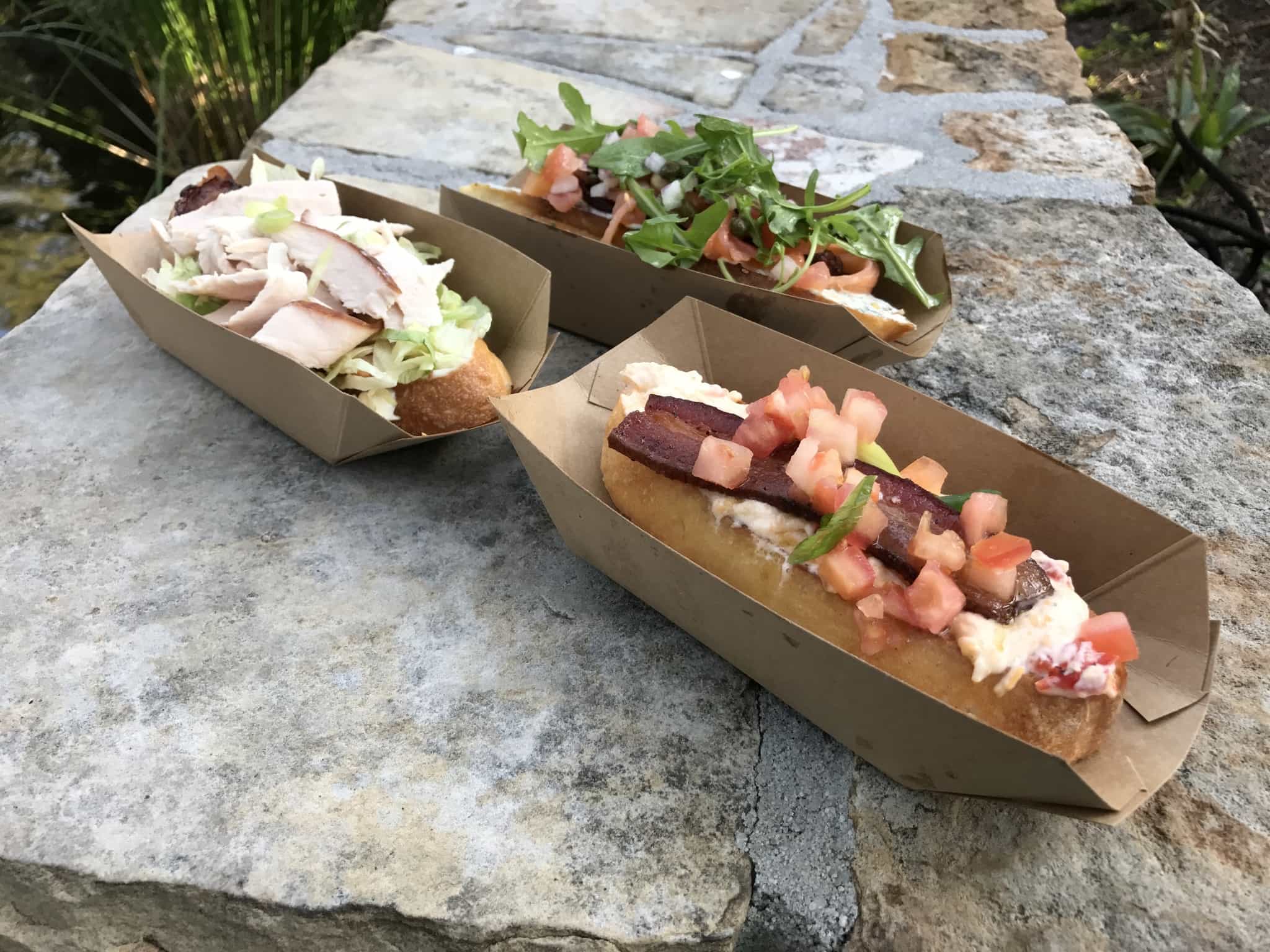 If you don’t like birds, then you may want to go eat elsewhere. While we were taking these photos, several winged-creatures tried to eat the “sandwiches”. We probably should have let them in hindsight… 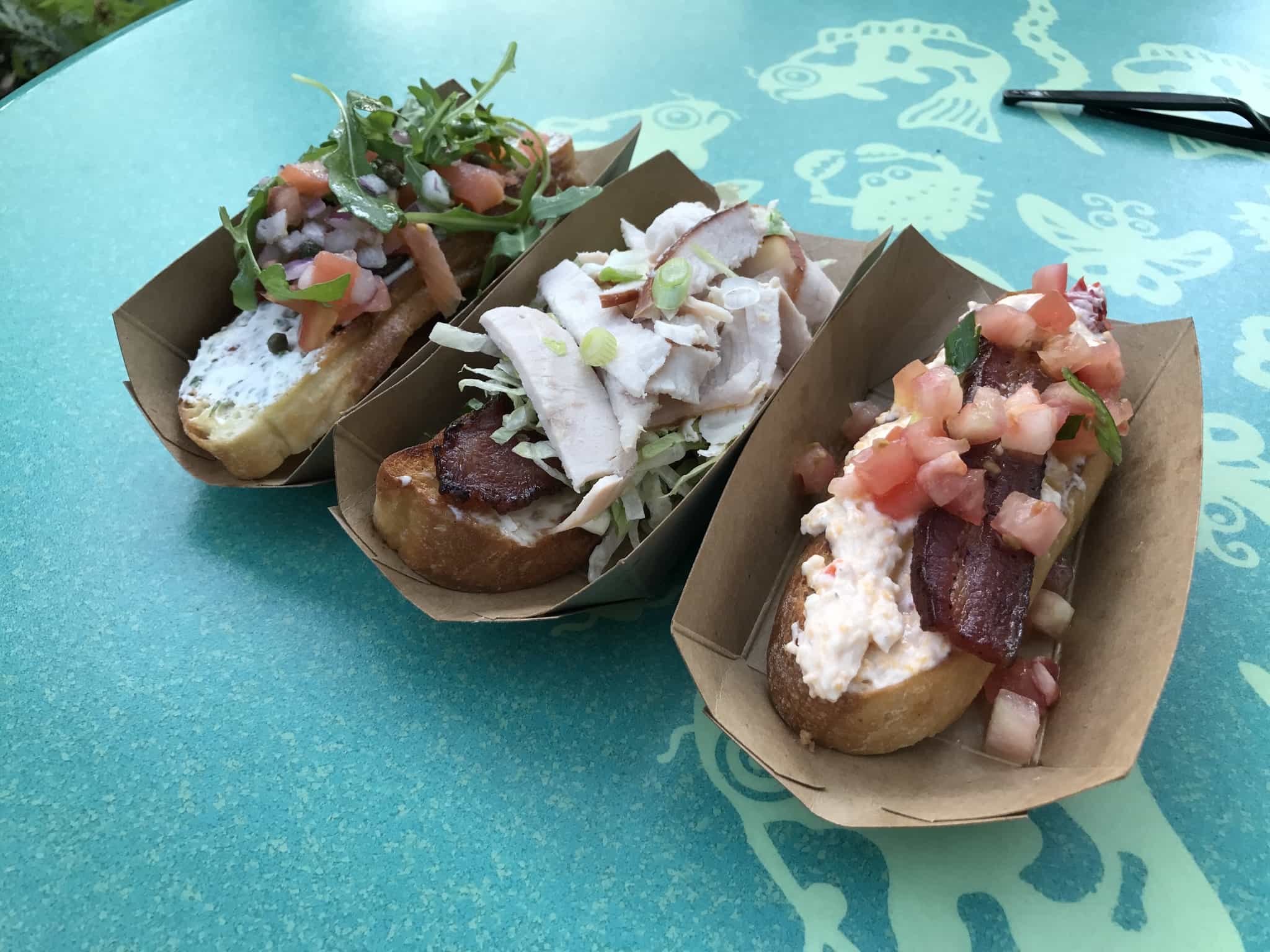 First off, I wouldn’t call them sandwiches, even if using the term “open-faced”. They are what you might refer to as tostadas: a crispy toast with a blend of cold toppings. With that out of the way, let’s try them. 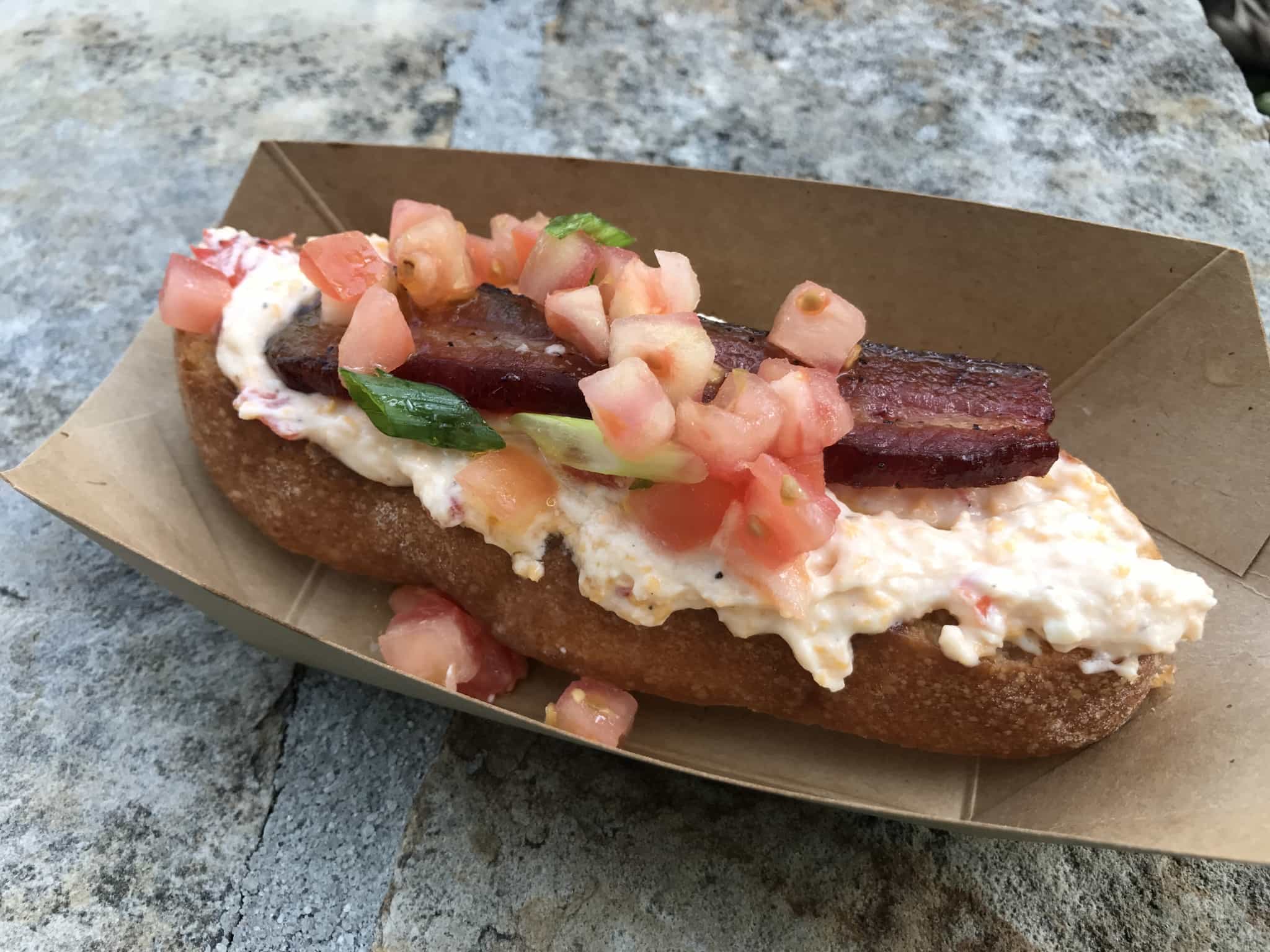 I wish I had some more positives other than these being sizable for snack credits, but there isn’t much else to say of a good nature. The bacon is too thick to bite and delivers almost none of the flavor you might expect for getting such a lengthy description on the menu. These aren’t terrible, but they aren’t something I would ever recommend to someone looking for a quick bite at Animal Kingdom. 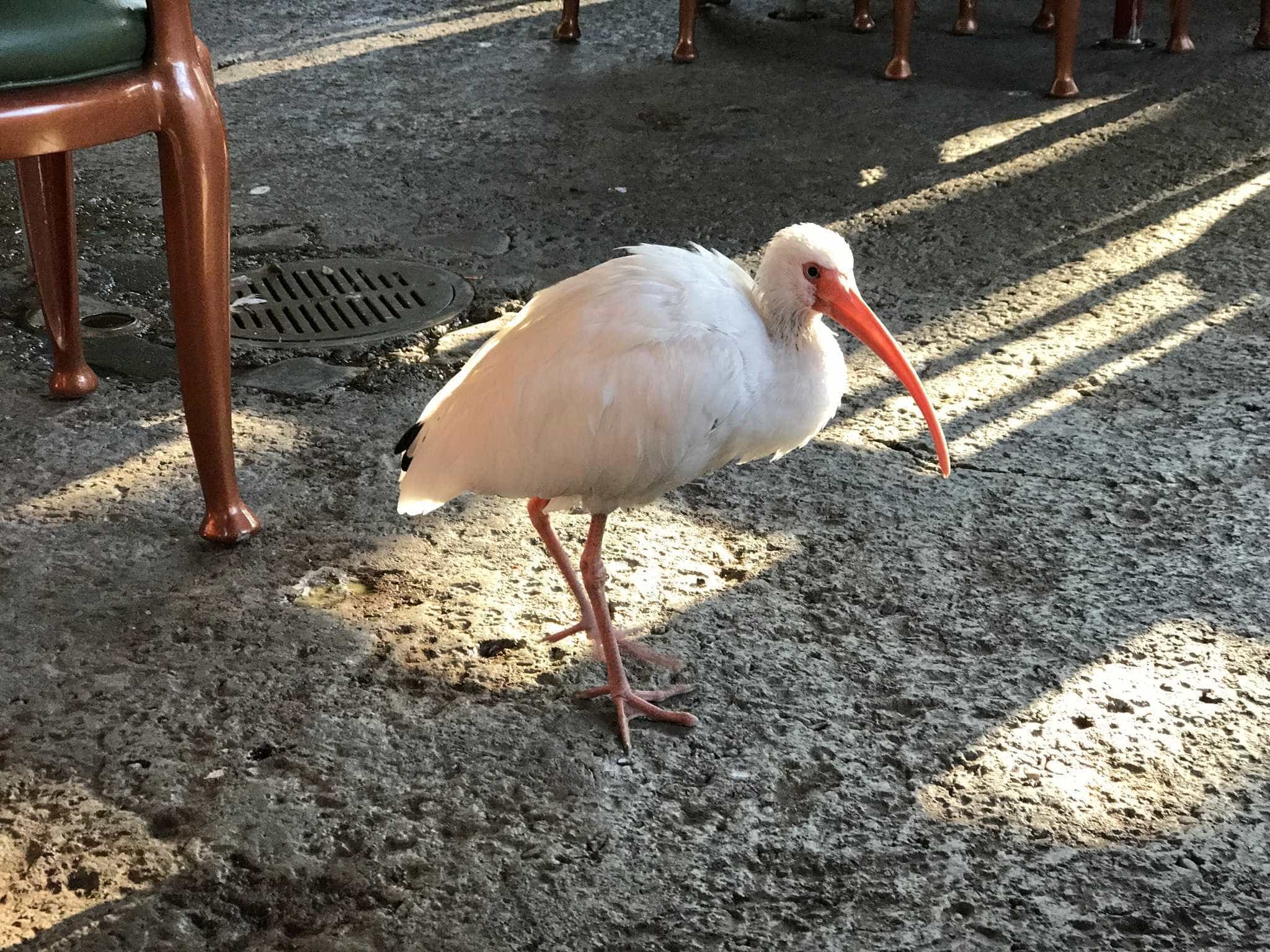 The salmon quality isn’t bad, but the bread and other toppings do nothing to enhance that flavor. These are really hard to eat as the toppings simply do not stay on, often with most of the snack falling apart during your first bite. While these are meant to be a grab-and-go option, you will need to sit and eat these, otherwise the floor will be getting more of the food than you are. 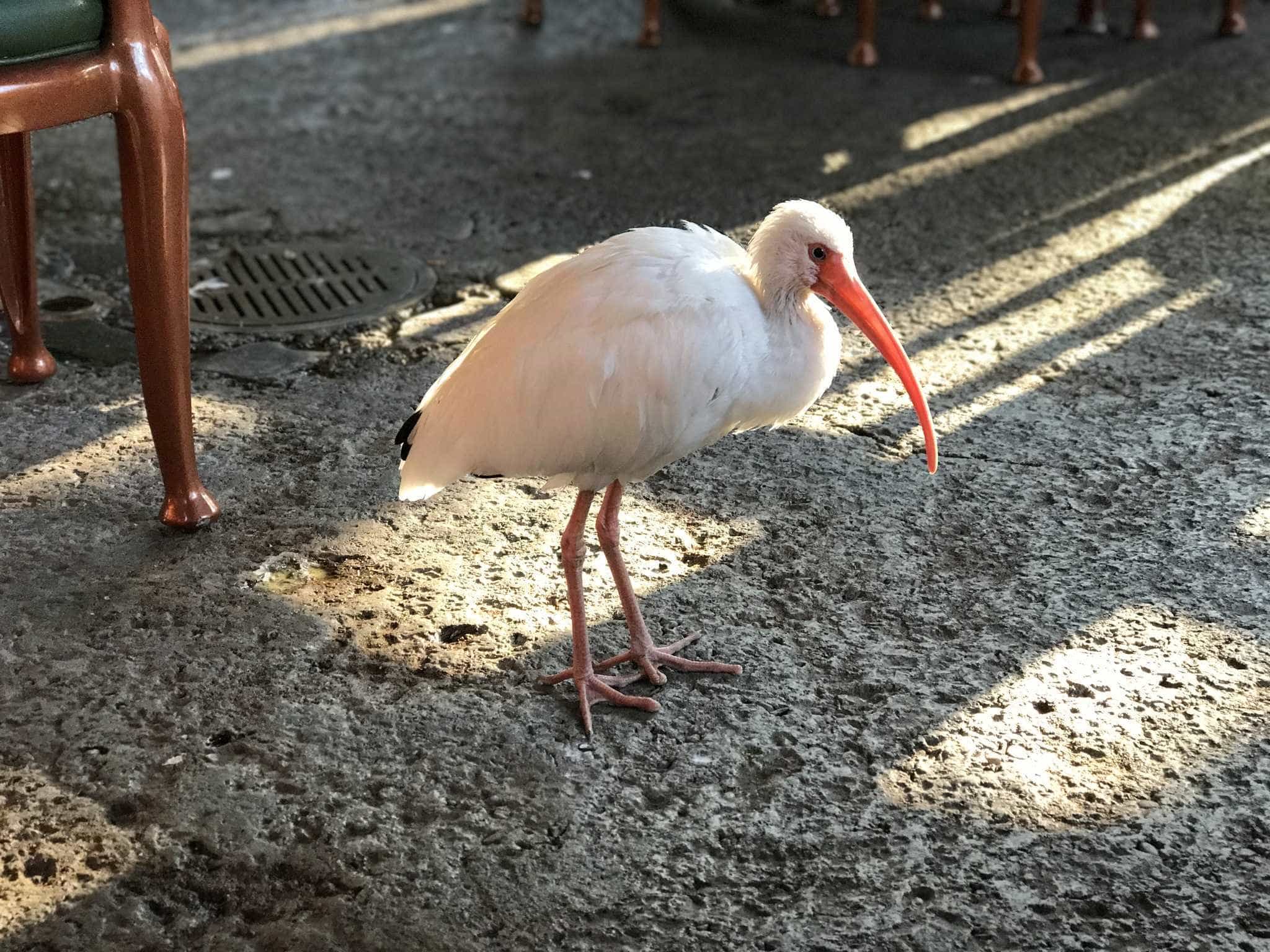 This was my favorite of the three, but that isn’t saying much. Again, the turkey is good, but the rest is nothing special. Despite not being advertised, the chives somehow ended up on this one as well.

I lament the loss of the really enjoyable cheddar grits here, especially with these offerings that simply pale in comparison. Hopefully these will be removed fairly quickly and replaced with something more enjoyable… or Disney can just bring back the cheese grits and we’ll pretend this whole thing never even happened…

Next
Jack Sparrow Is Front And Center In 3 New Posters For “Pirates Of the Caribbean: Dead Men Tell No Tales”