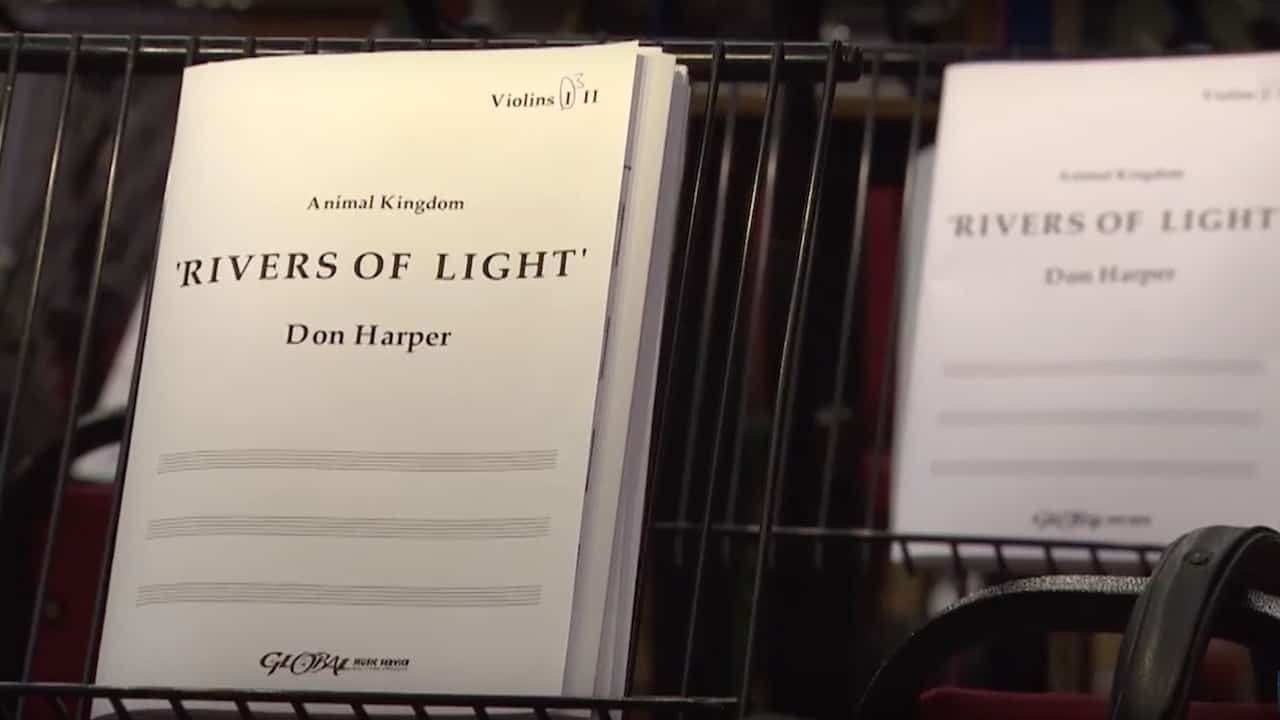 To celebrate the opening of Rivers of Light, Disney has been releasing short behind-the-scenes videos about the show. This one is about the amazing musical score in the show that guest can’t seem to stop talking about.  The Walt Disney Imagineering Creative Team has said that to create this beautiful score to accompany the show, they needed to create this thing called a “soundscape.” The ‘Soundscape’ would tell the animals’ journey they take throughout Rivers of Light. The score was composed in the Abbey Road Studios in England and had many unique instruments, including some not heard of before in Disney Parks nighttime spectacular, such as a duduk, bansuri flute, erhu, Chinese opera drums, and Taiko drums. Here is the video from the Disney Parks Blog:

Rivers of Light officially debuted last week, so be sure to check your times guide or the My Disney Experience app for nights with showtimes.

The music was nice! The Rivers of Light show, not a journey at all to me. More a cool special effects and water features dancing to music. Needs work to tell any kind of story or have much more emotional impact. It’s no Illuminations (though obviously Disney doesn’t spend money on big stuff like they used to either)

Vote Up0Vote Down
REVIEW: Rivers of Light Dining Packages at Animal Kingdom; Tusker House or Tiffins? FastPass or Standby?
RUMOR: Are We Finally Getting The Unaltered “Star Wars” Original Trilogy?