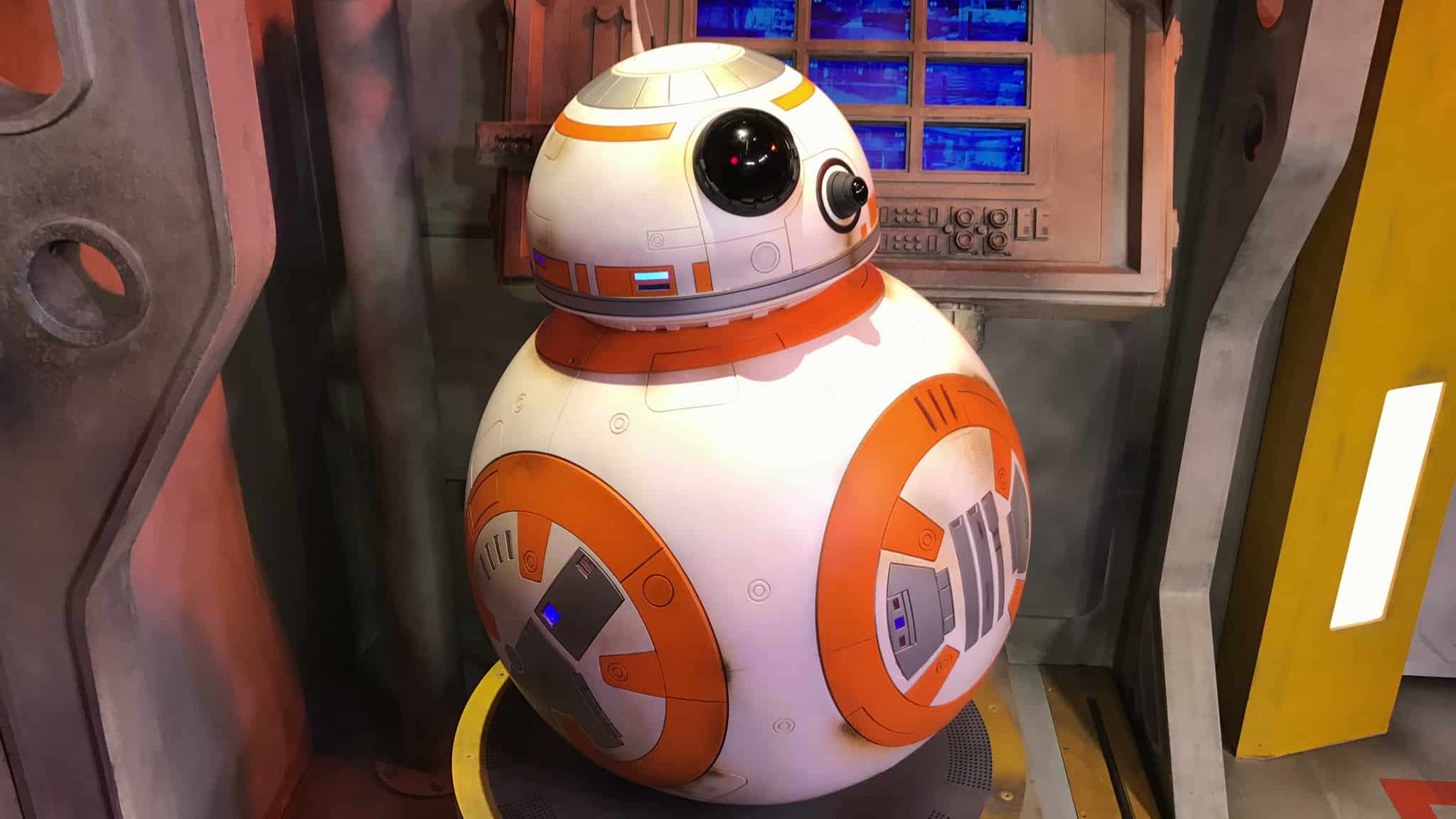 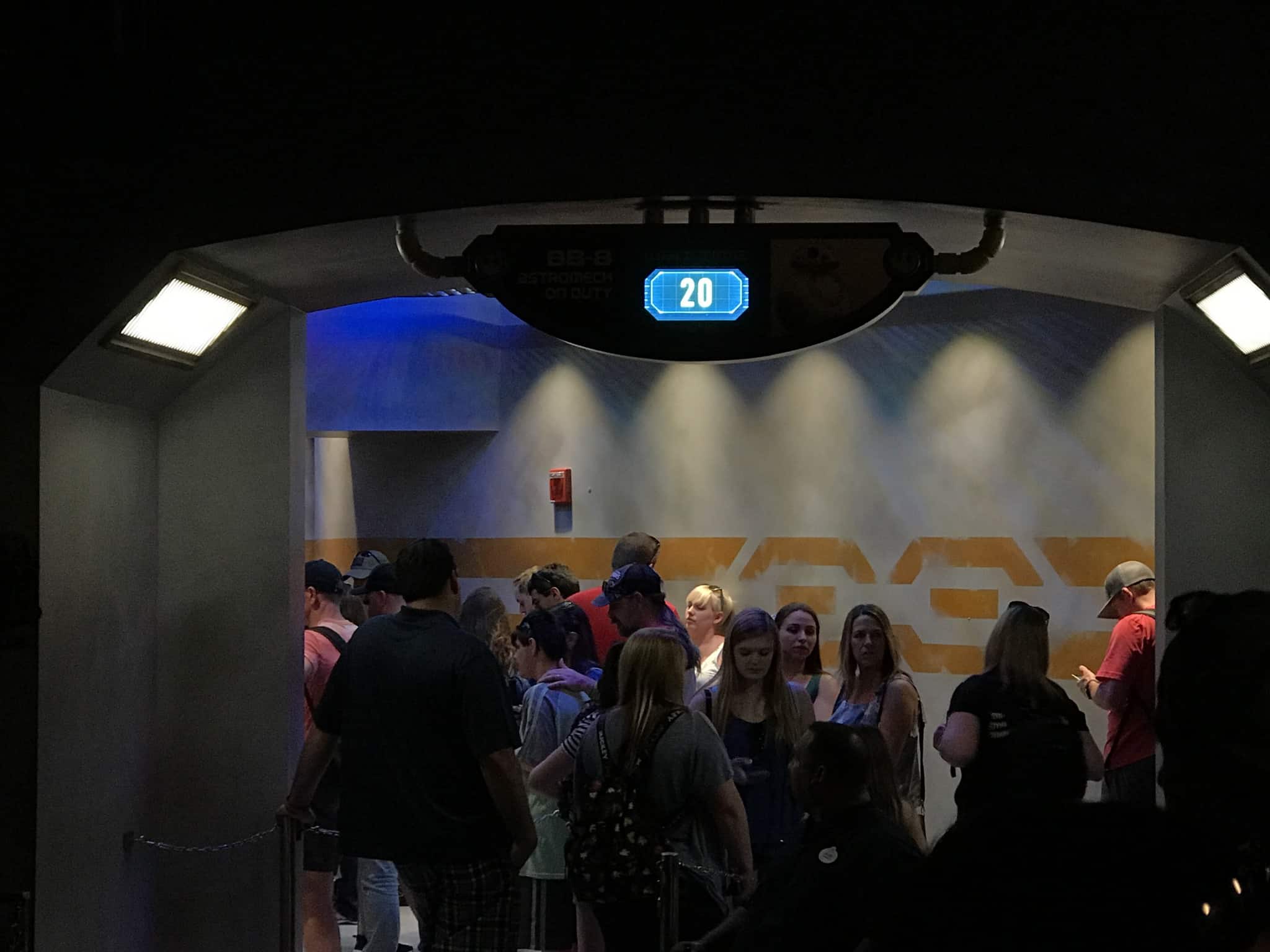 The picture is dark because the signage points into the dimly lit cantina area in the Star Wars Launch Bay. This space was originally a hallway with a gaming area for Disney Infinity, which has since moved near the Path of the Jedi film and is what is now called the XBOX Game Port. 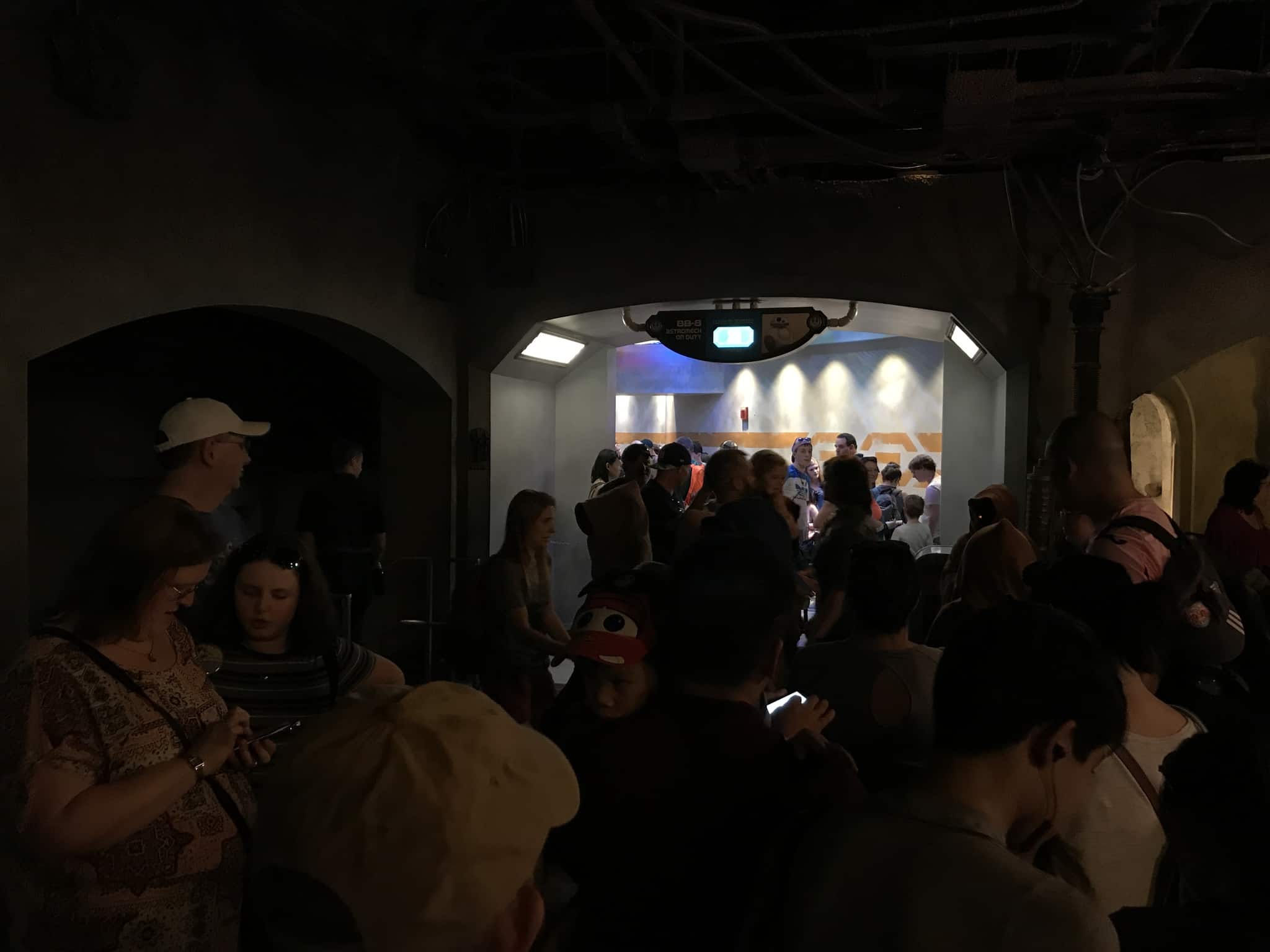 There isn’t much queue space because of this, so the line was spilling out into the cantina despite being fairly short. I expect that this will be a daily occurrence. 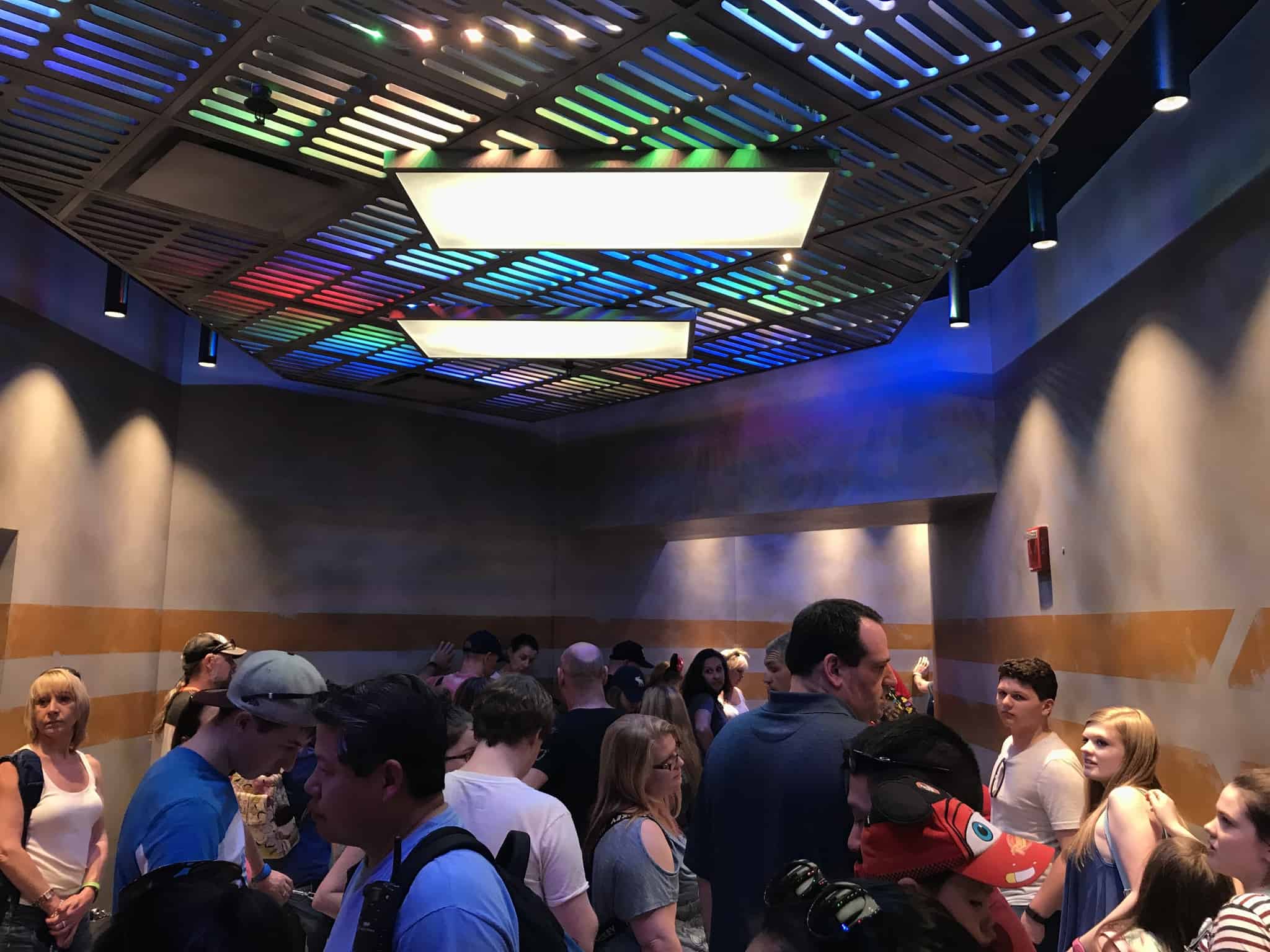 This is the first queue room, oddly lit from above in rainbow colors. I expect this will change before the formal debut. 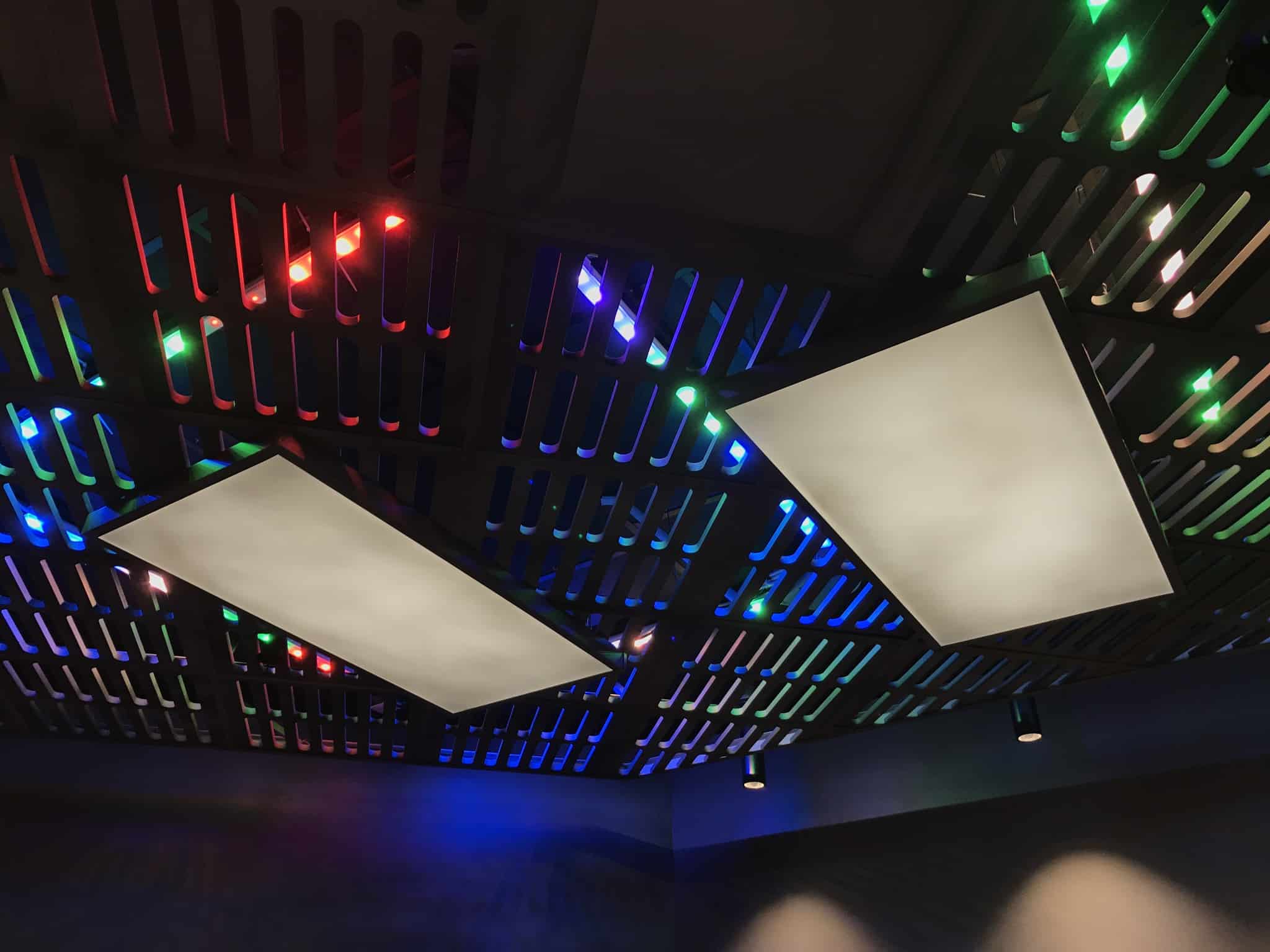 The ceiling screams “office of the future” to me with the light panels that don’t seem like something you would see in Star Wars. 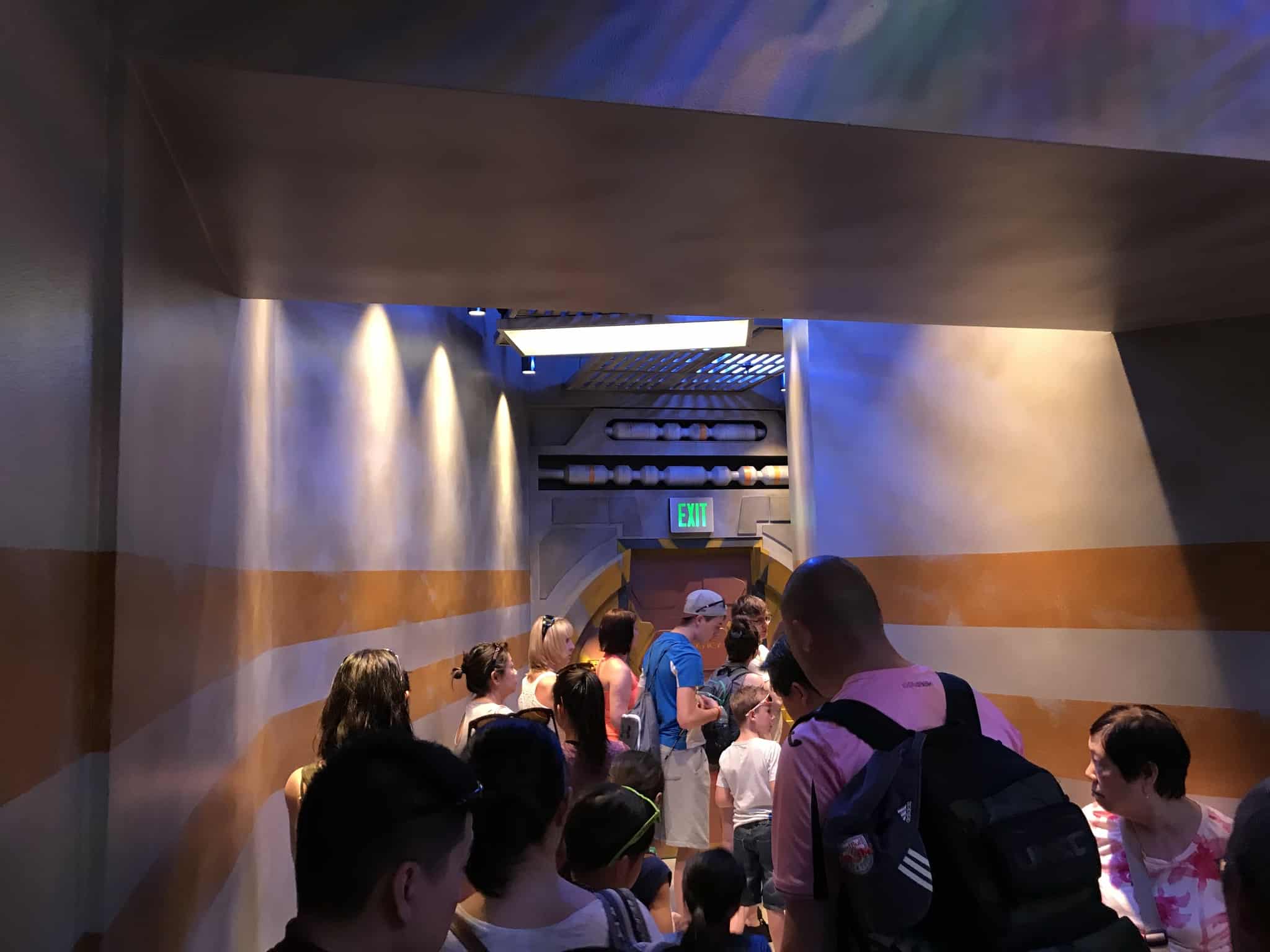 The second part of this queue is a hallway with a well-themed emergency exit. 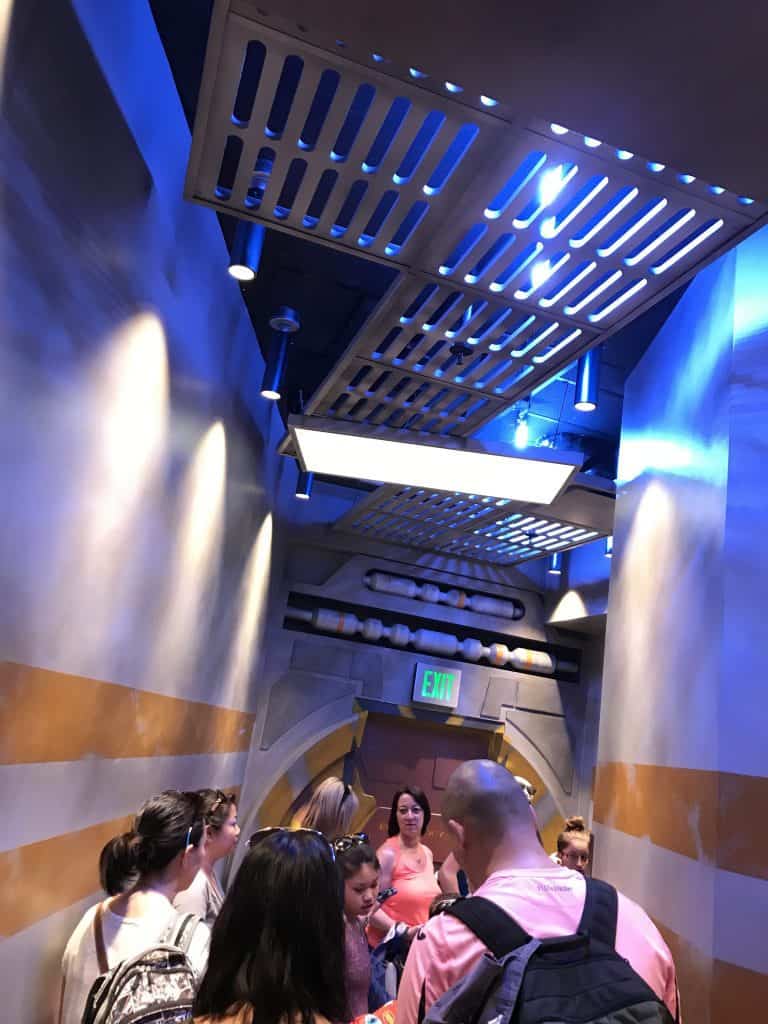 I’m happy to report that the lighting in here is much better. 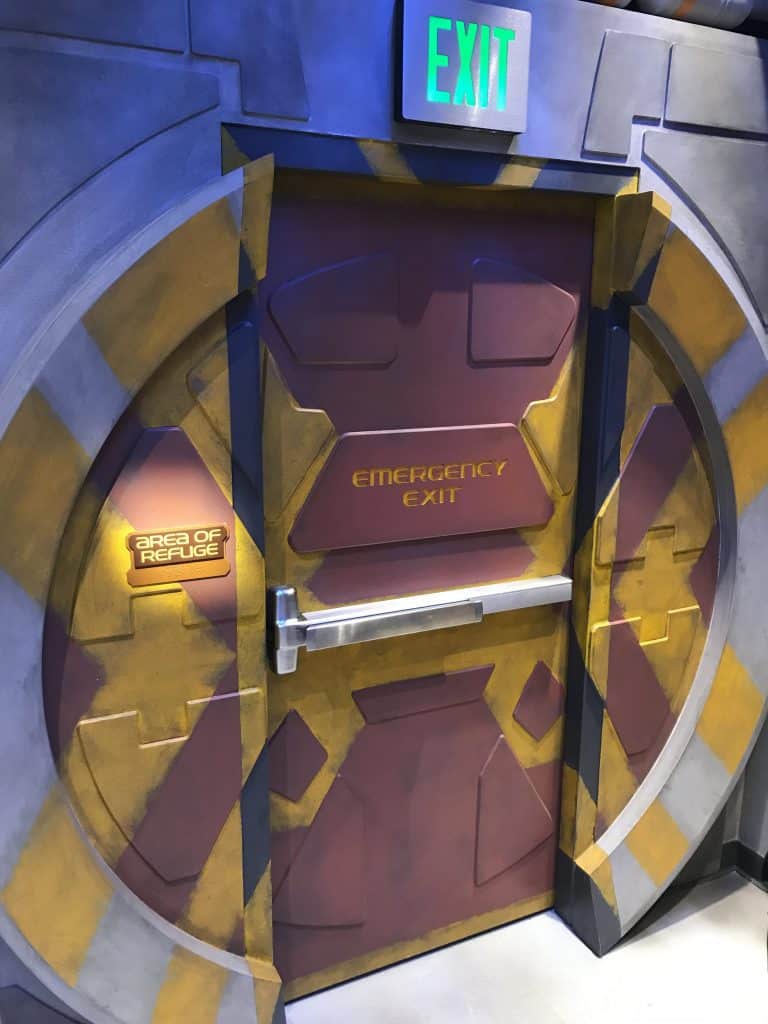 How cool is this door? 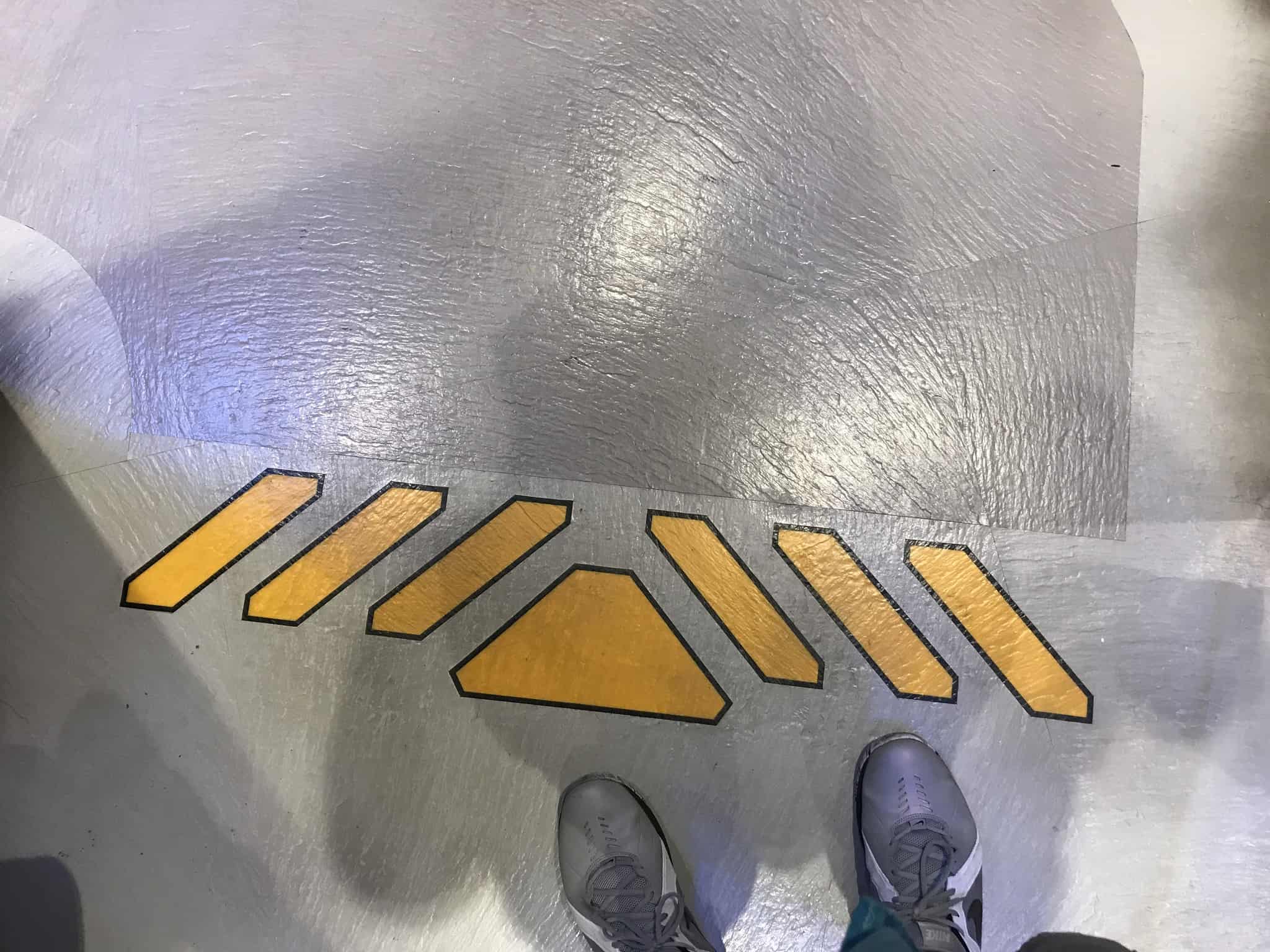 The infamous yellow line you wait behind until they bring you into the meet and greet is even themed. I know this is a small and stupid thing, but I love it.

You then get brought into a private room (which there appears to be two of behind closed doors) where you can have a short conversation with BB-8 and then get your picture taken. This was honestly one of the coolest character experiences I have ever had. While the cast member does have to translate for the droid, the extremely authentic and realistic movements, lights, and sounds that BB-8 emits will have fans young and old smiling.

To see him in action, please check out our video walkthrough of the experience, which includes my “conversation” with the Resistance hero: 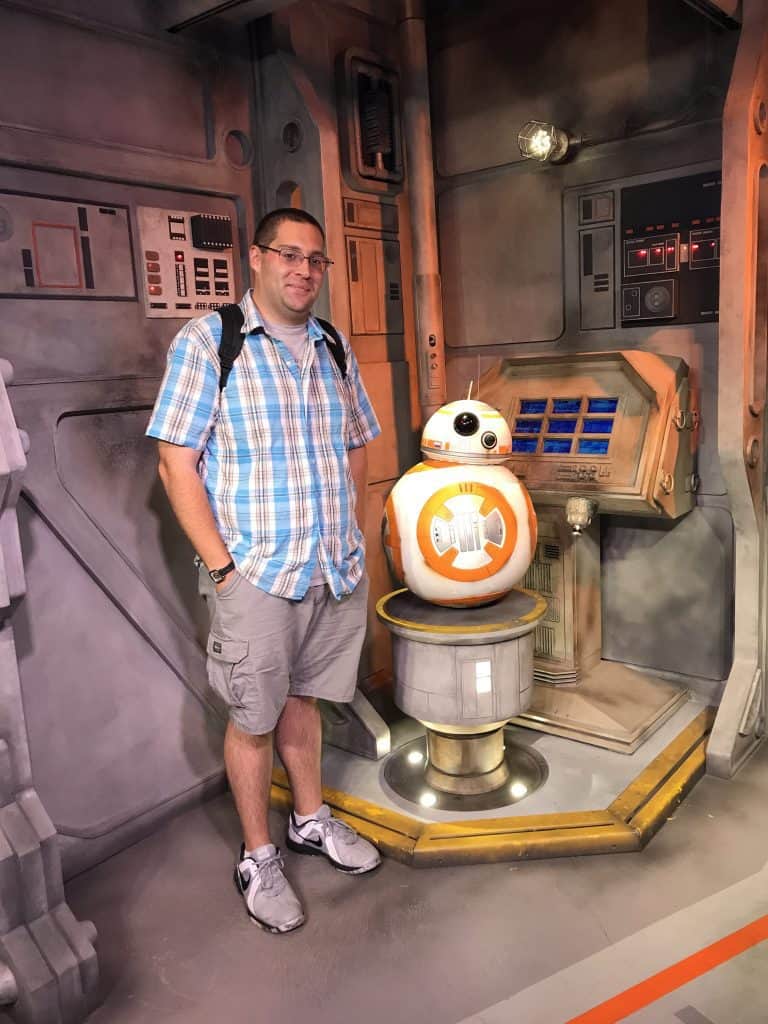 As you can see, the backdrop is great as well, making for an awesome photo.

BB-8 will officially starting greeting day guests on April 15th, 2017, but guests at the now sold-out Galactic Nights event can meet him on April 14th, 2017.

Previous
VIDEO: Watch As Thor Battles The Hulk In The First Teaser Trailer For “Thor: Raganarok”

Next
This Week in Disney History: April 10th-April 16th