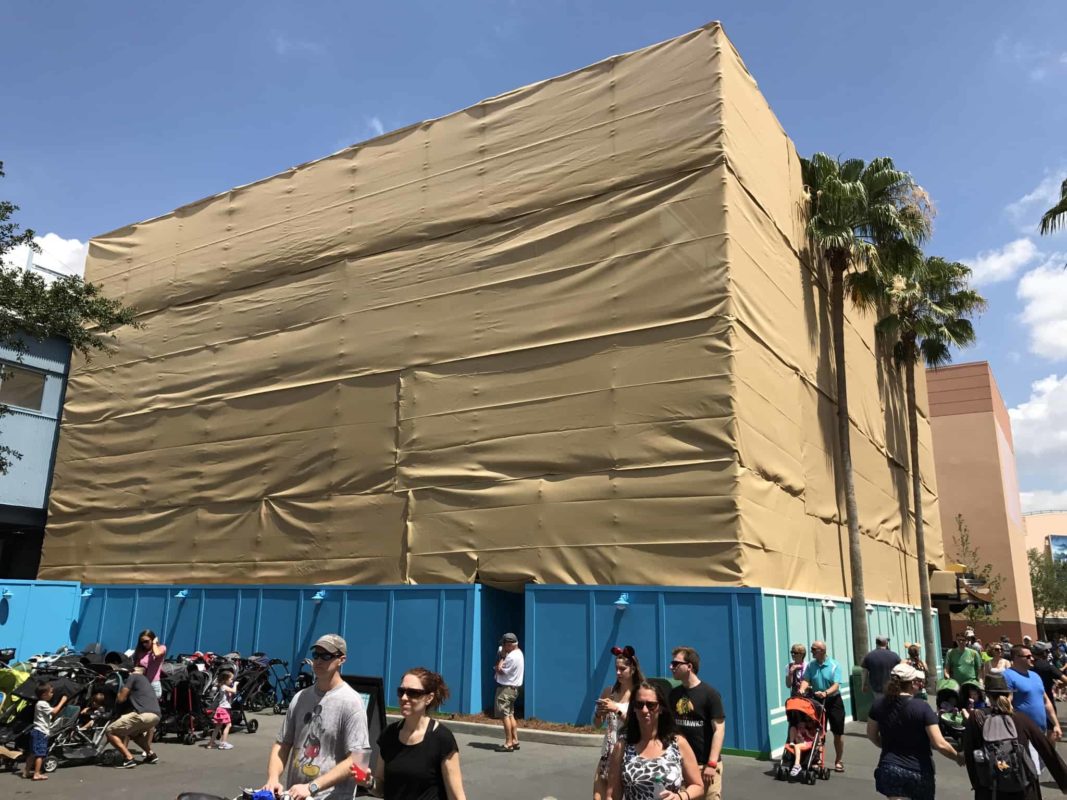 It has been a while since we have seen any major changes in the Hollywood Studios landscape, but now with the expansion of Disney’s Animal Kingdom complete, it’s full speed ahead to Toy Story Land and the much-anticipated Star Wars themed land.

We have a video of all of the construction to share with you below, but we’ll then share pictures and give you a more in-depth description of the work following that. 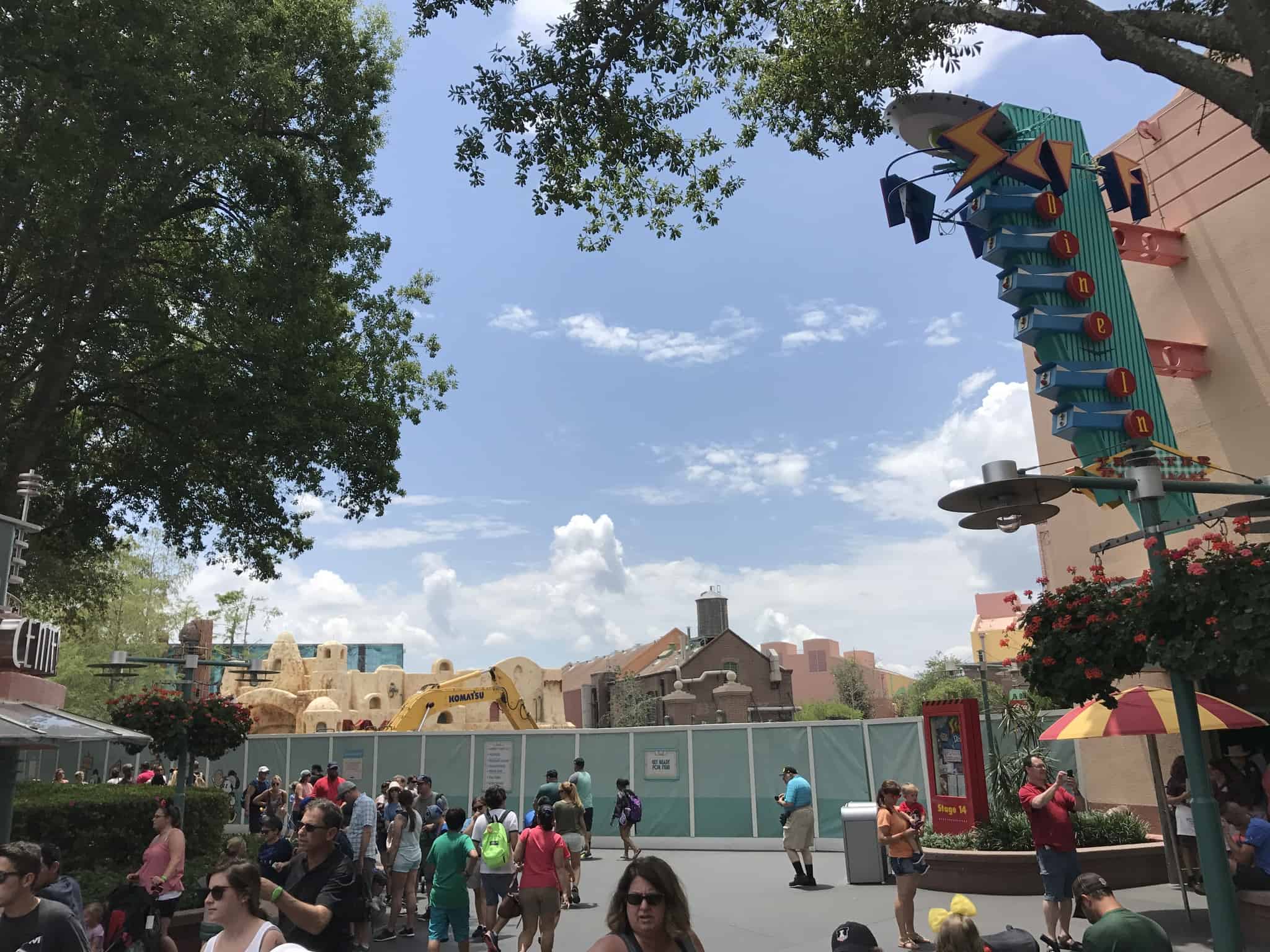 We start over by MuppetVision 3-D… 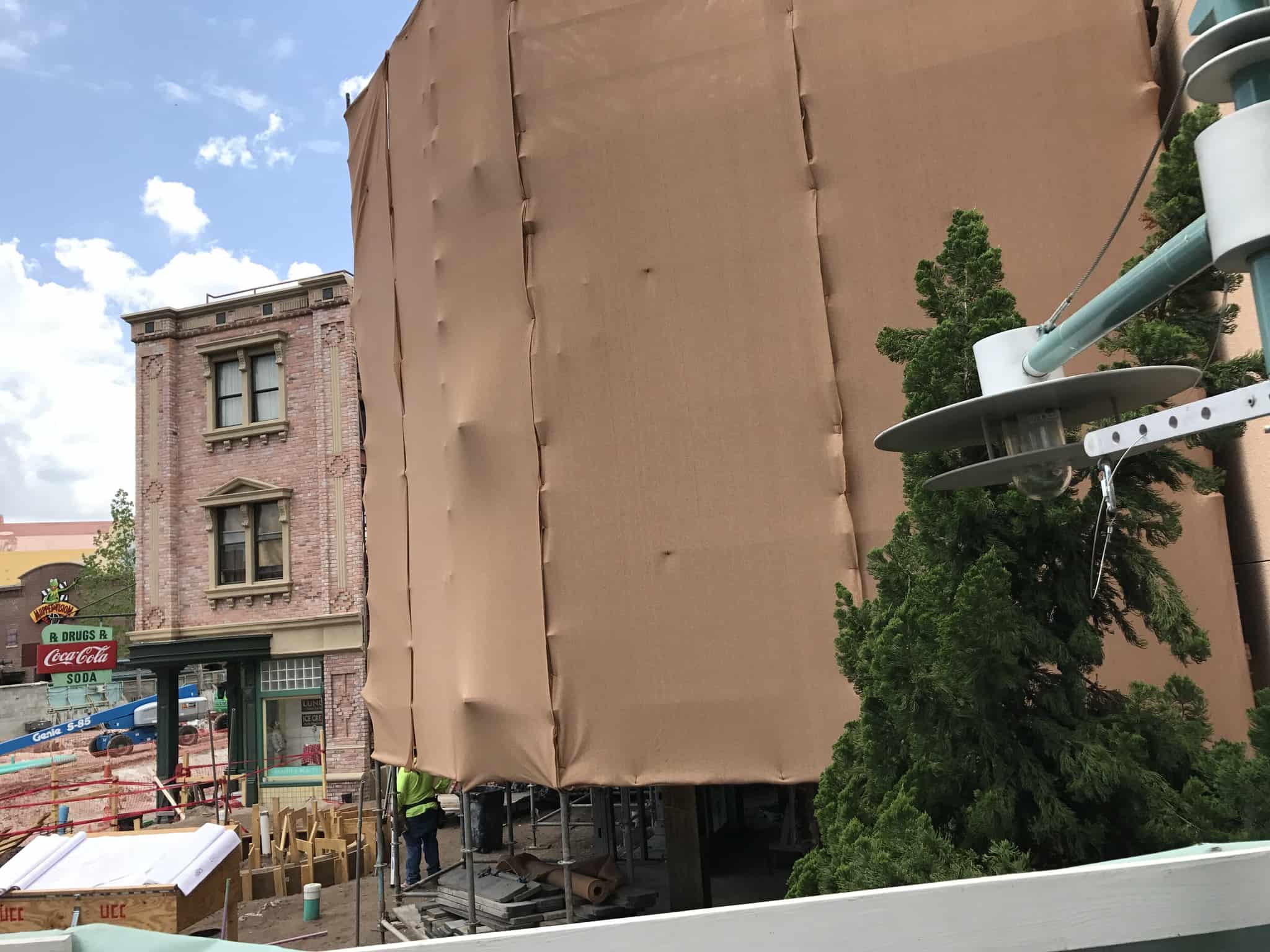 The former Writer’s Stop has been stripped down to its bare steel. 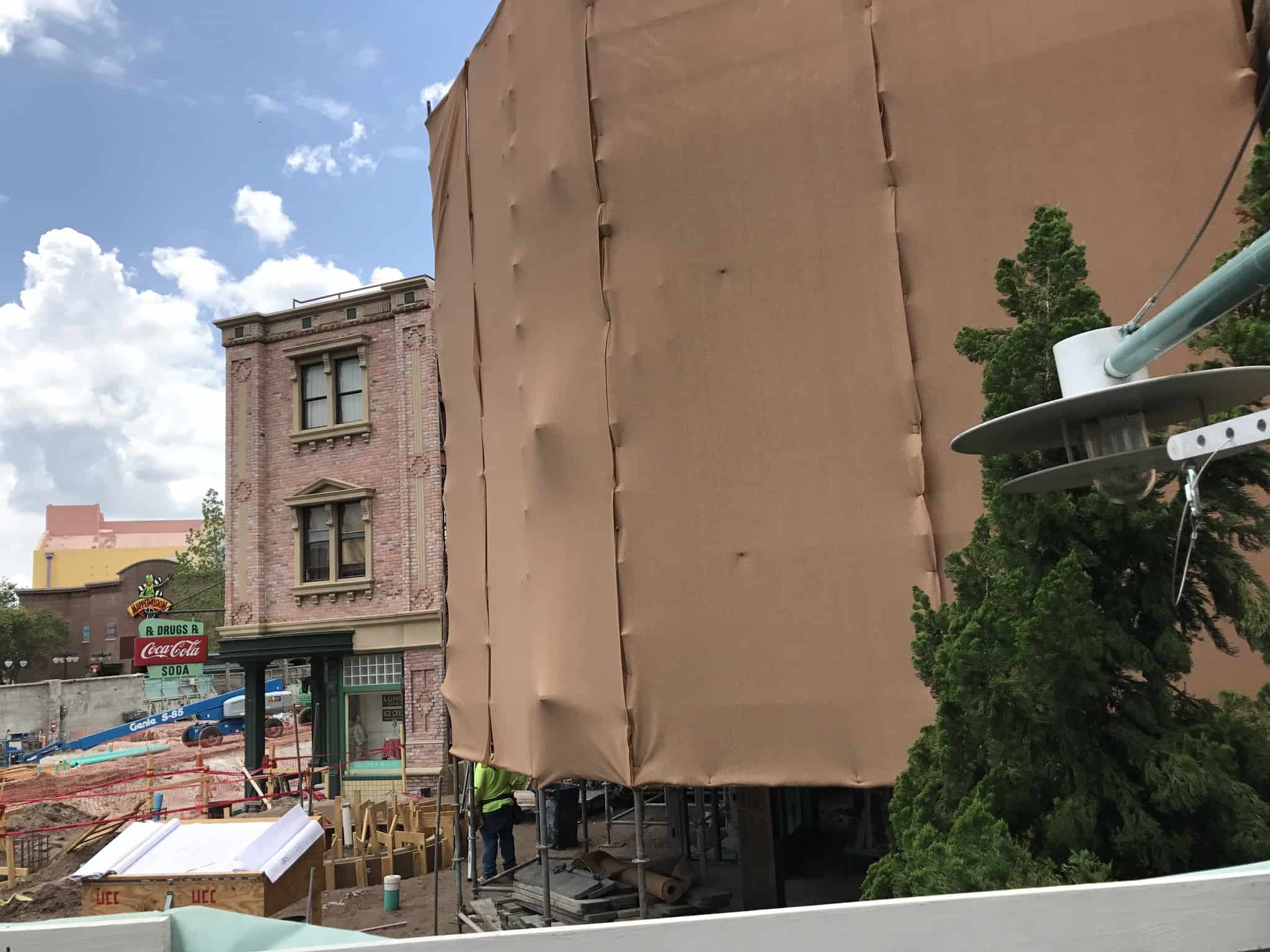 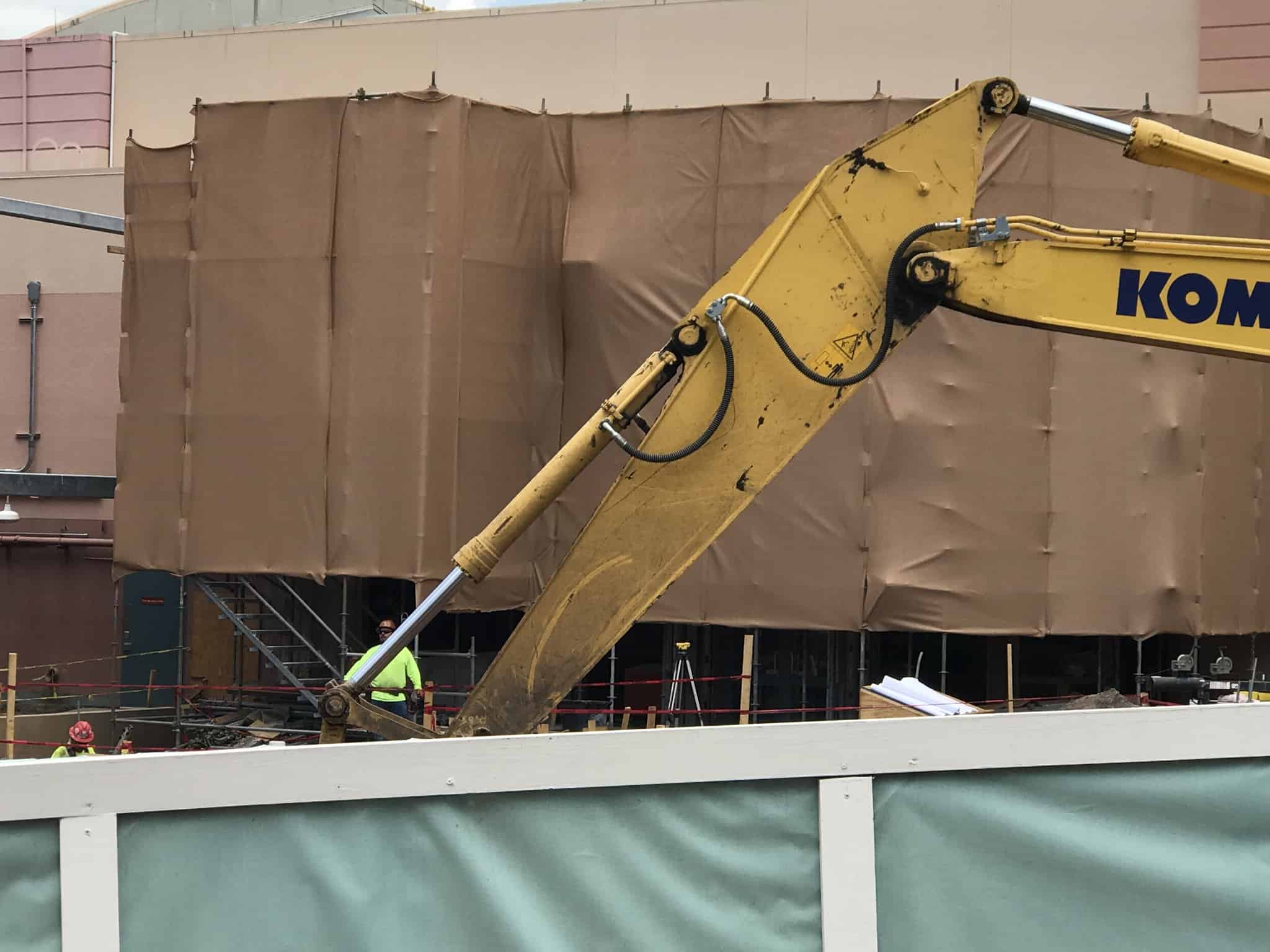 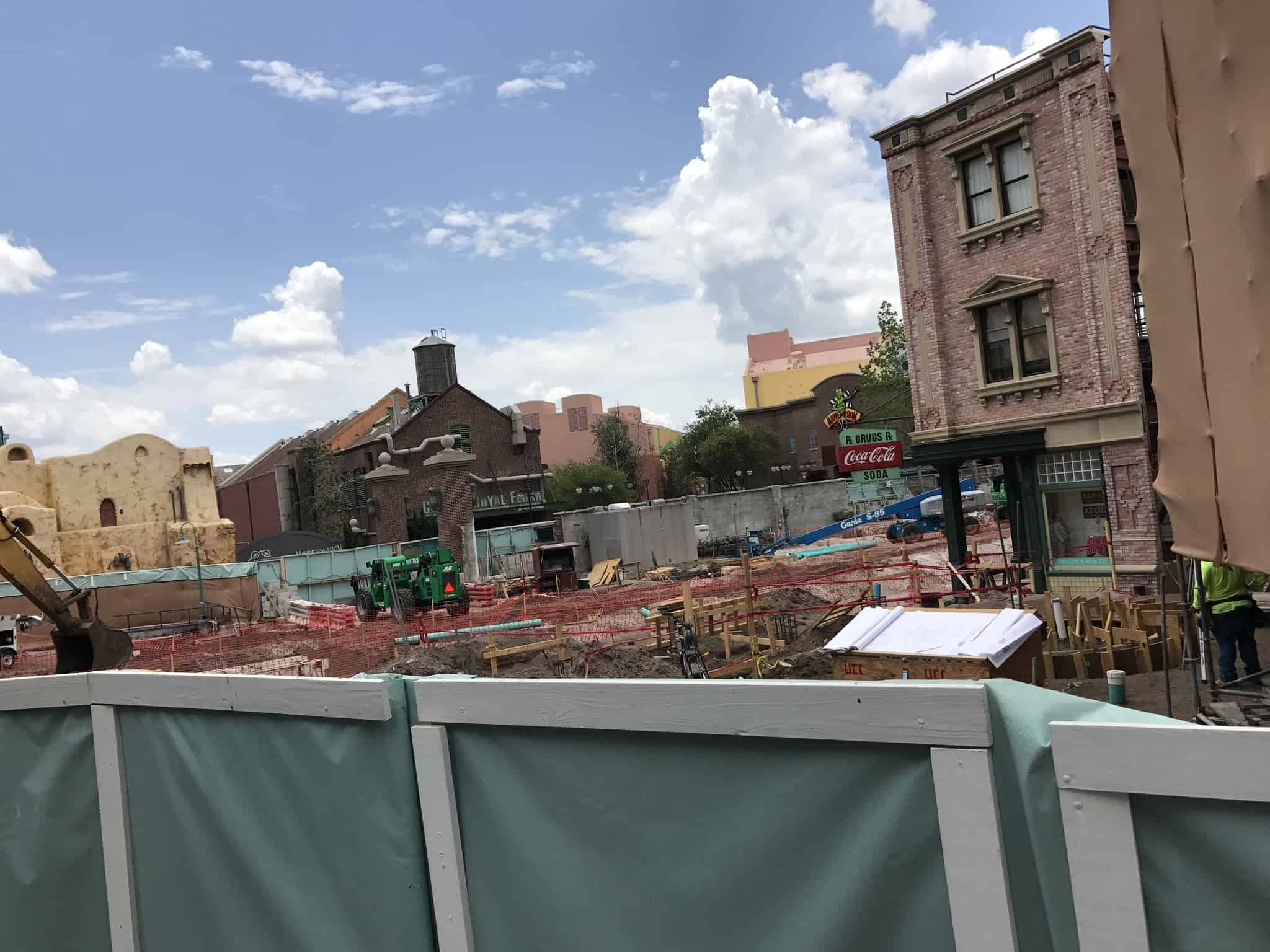 A lot of work now happening in the area the was New York Street. 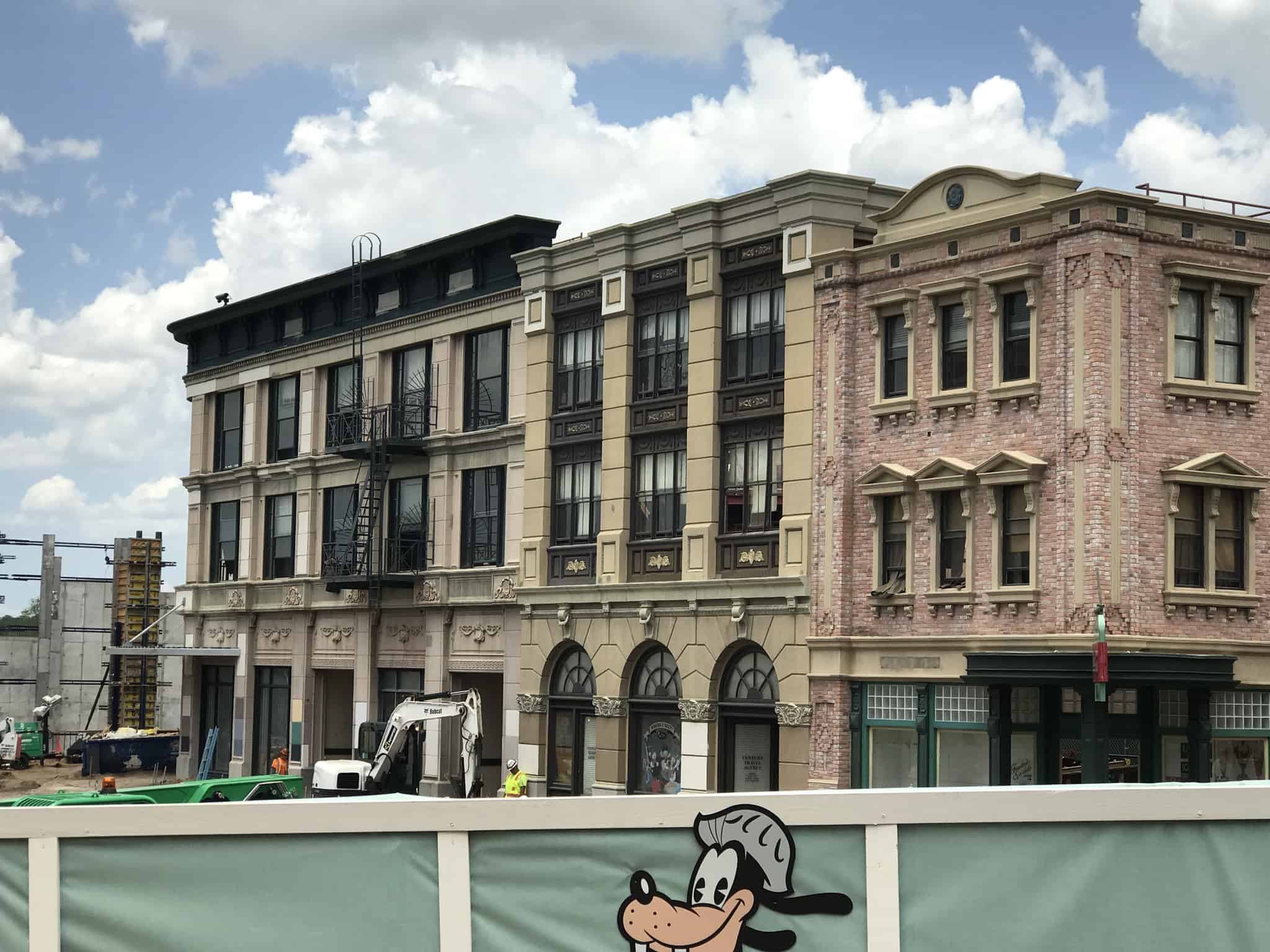 The barrier of Star Wars Land is just steps away, still rising. 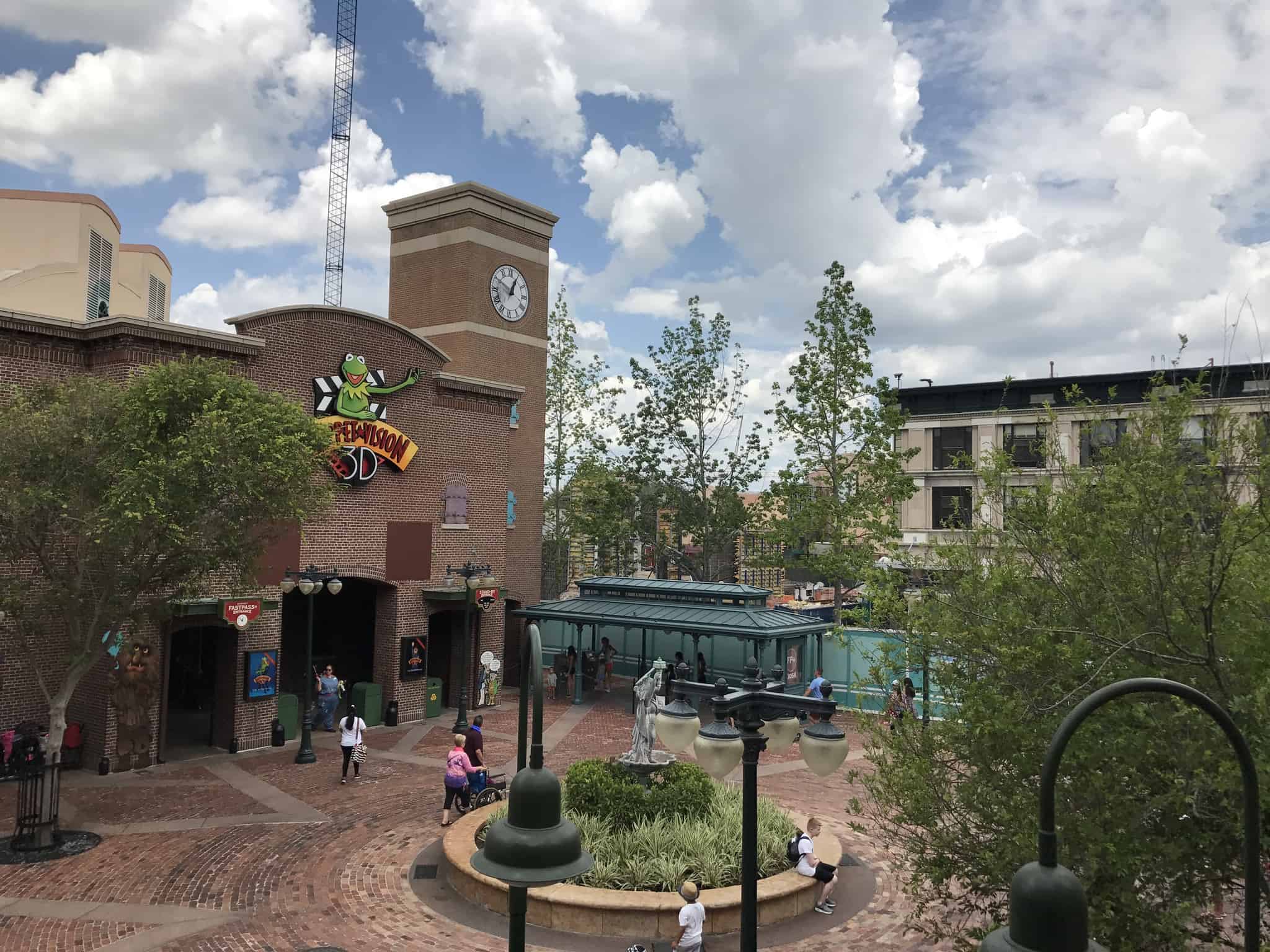 A look from the balcony of PizzeRizzo doesn’t reveal much. 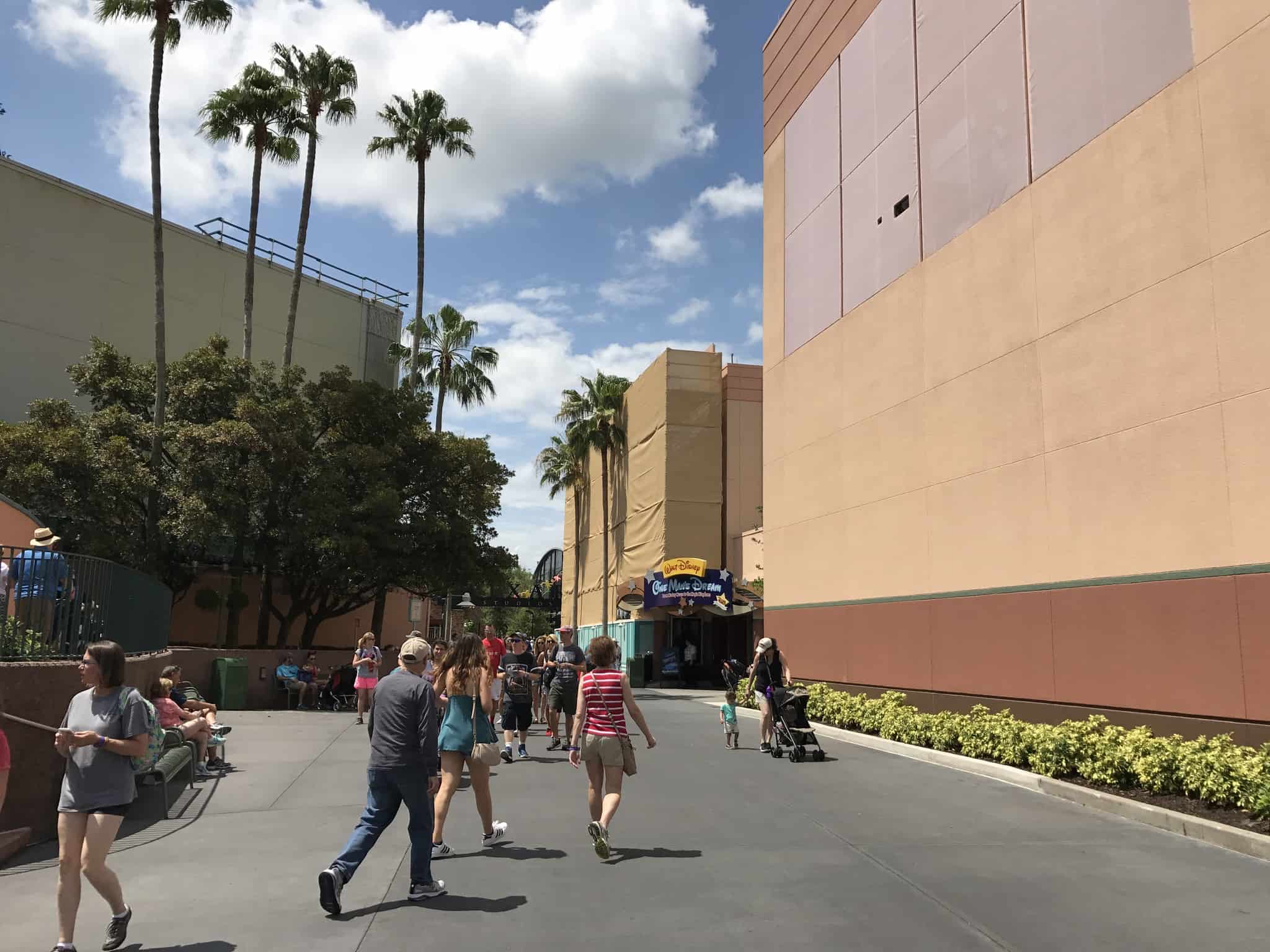 Most of the facade of Walt Disney: One Man’s Dream is covered with tarps, with the image of Walt removed from the marquee. 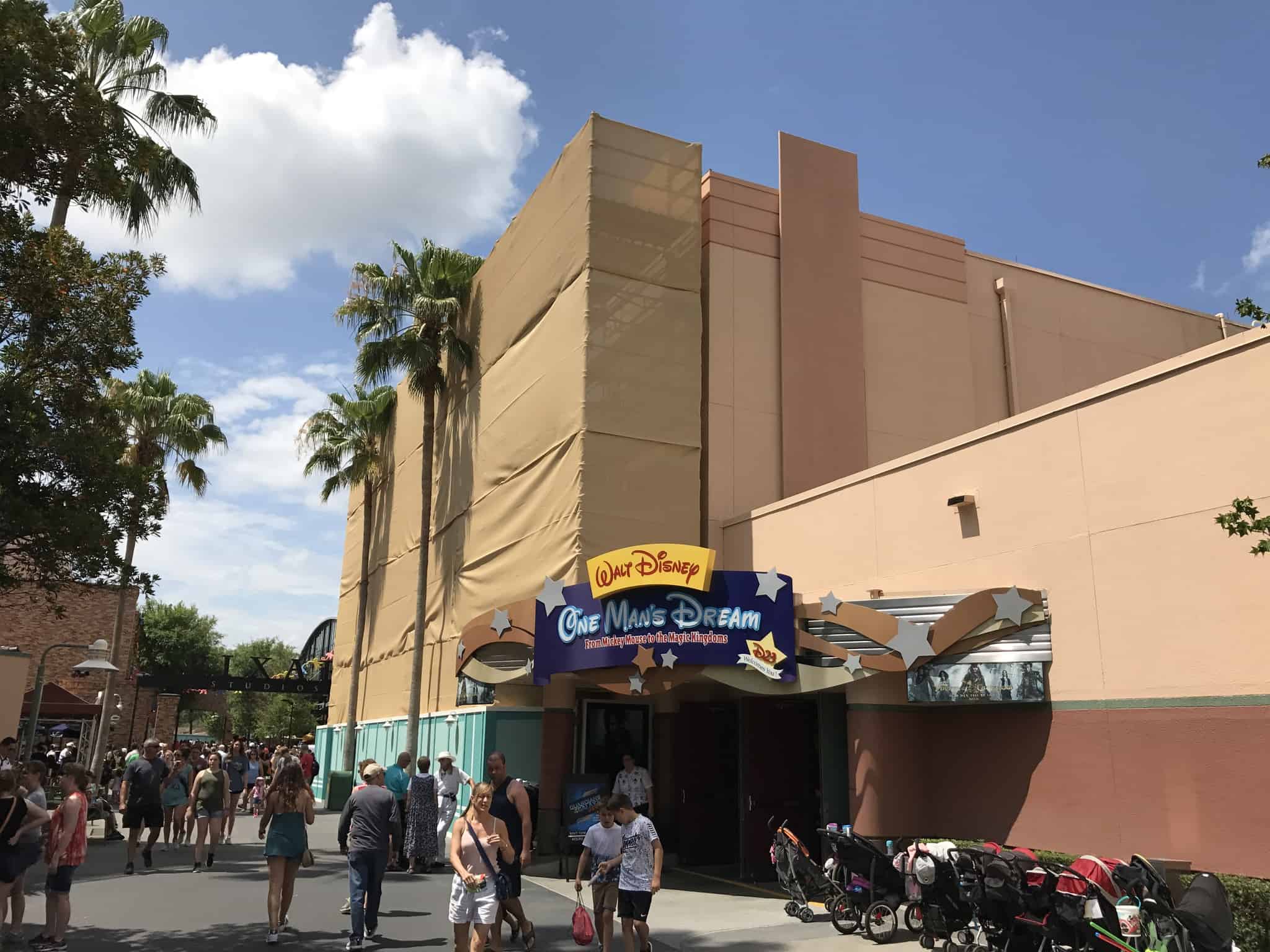 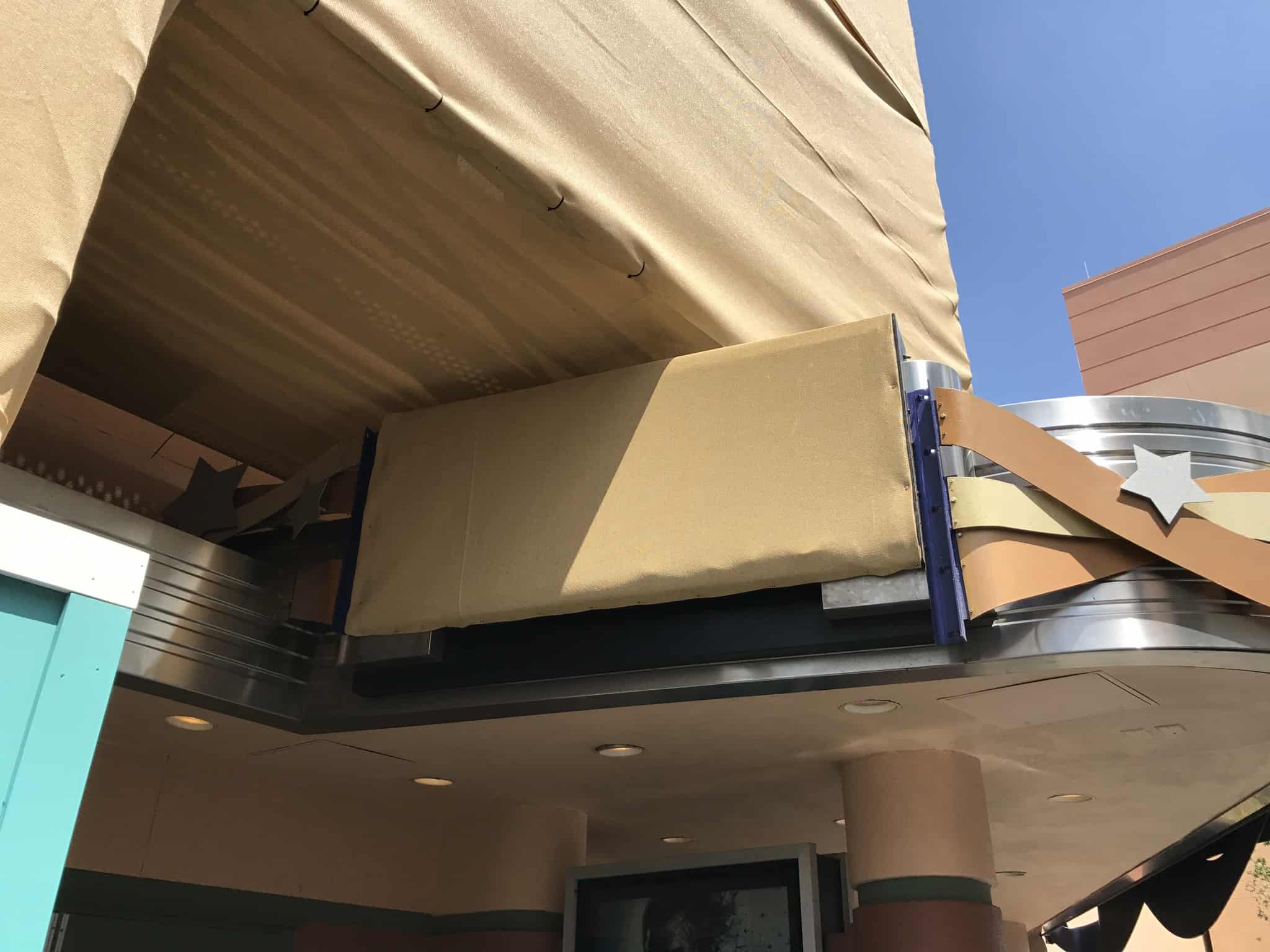 The backside of the marquee is completely gone.

This area will be the entrance to Toy Story Land, but it remains unclear how this transition will work. 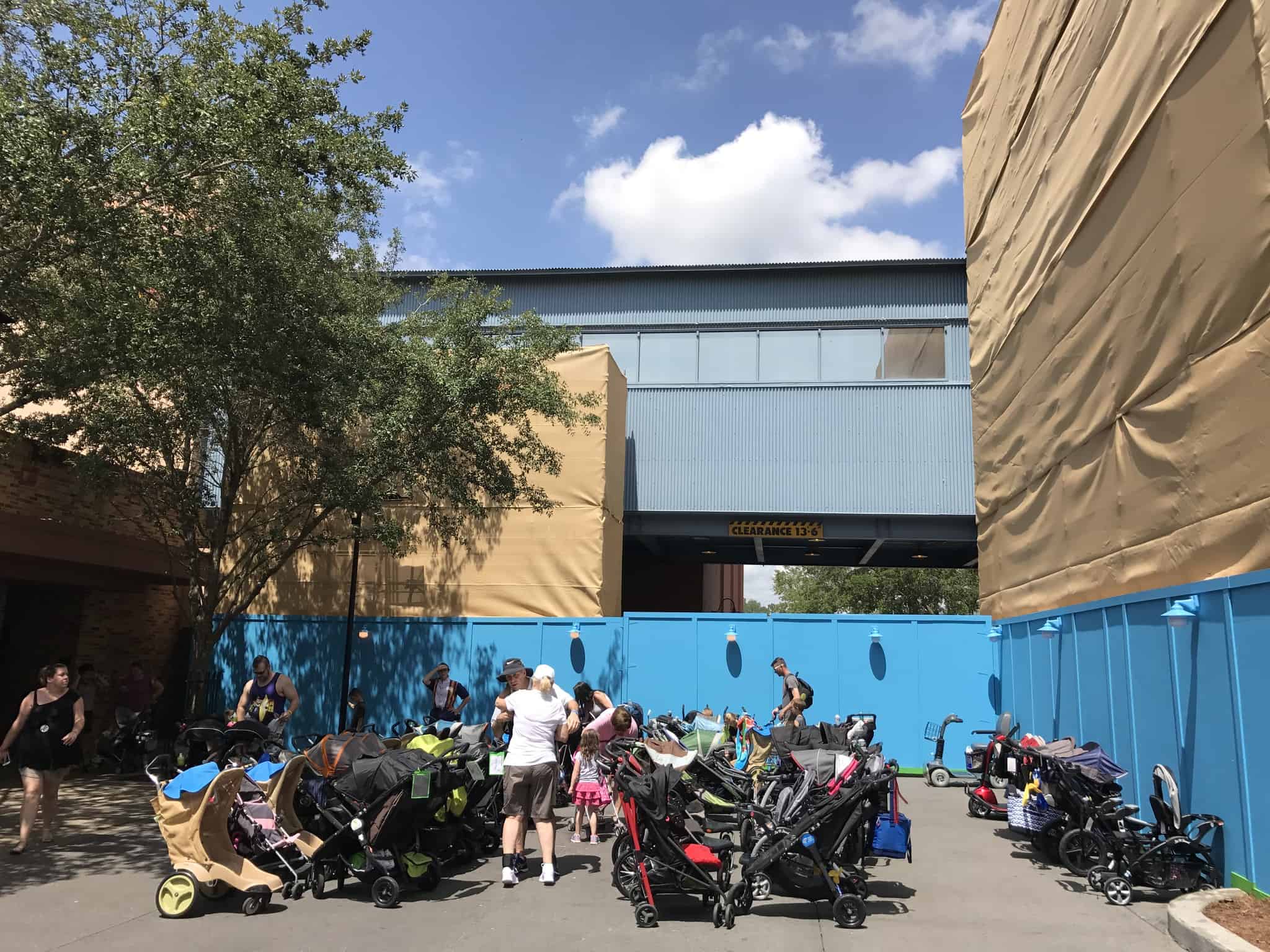 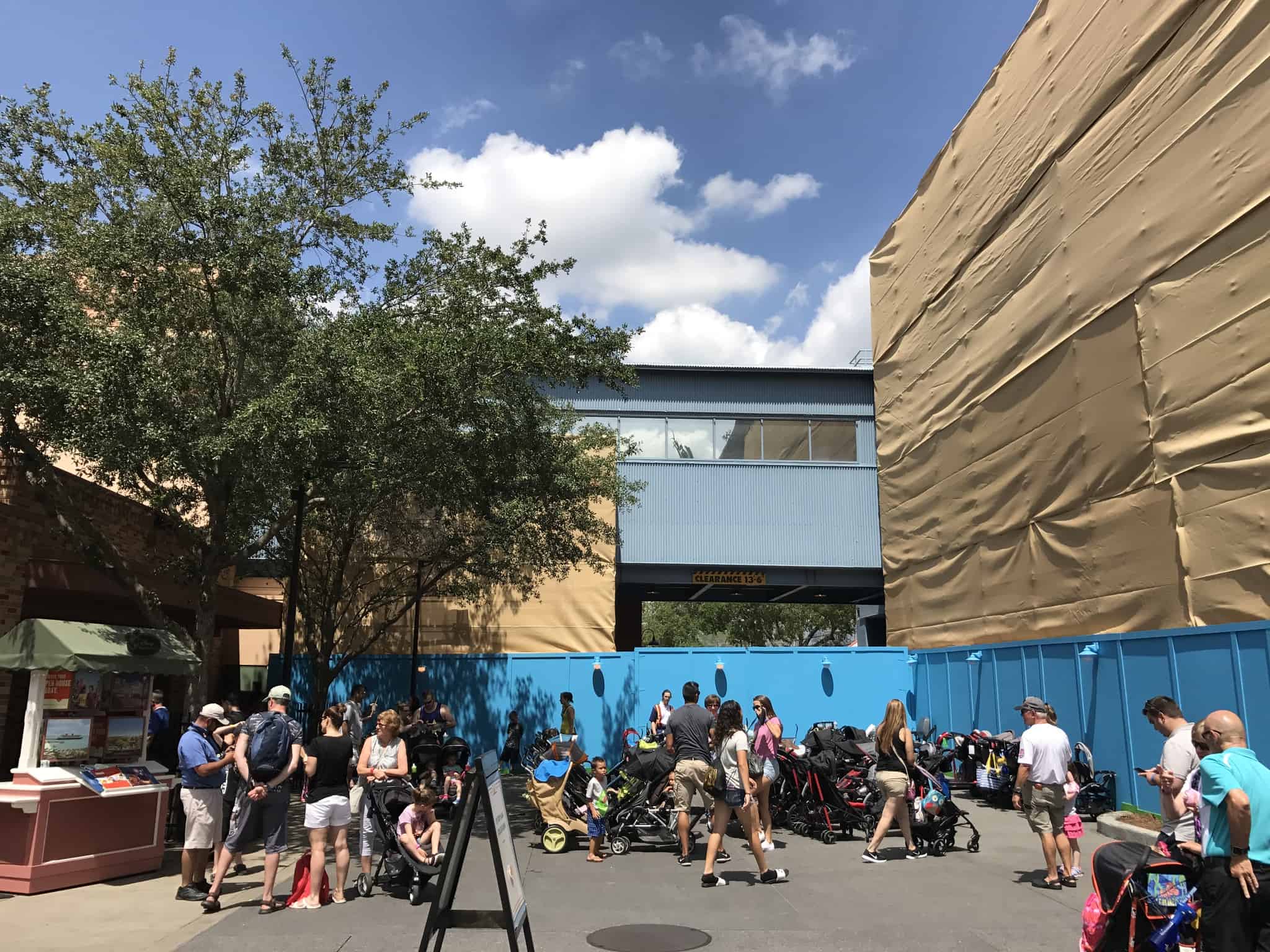 For now, it appears that these original structures from 1989 will survive the demolition. 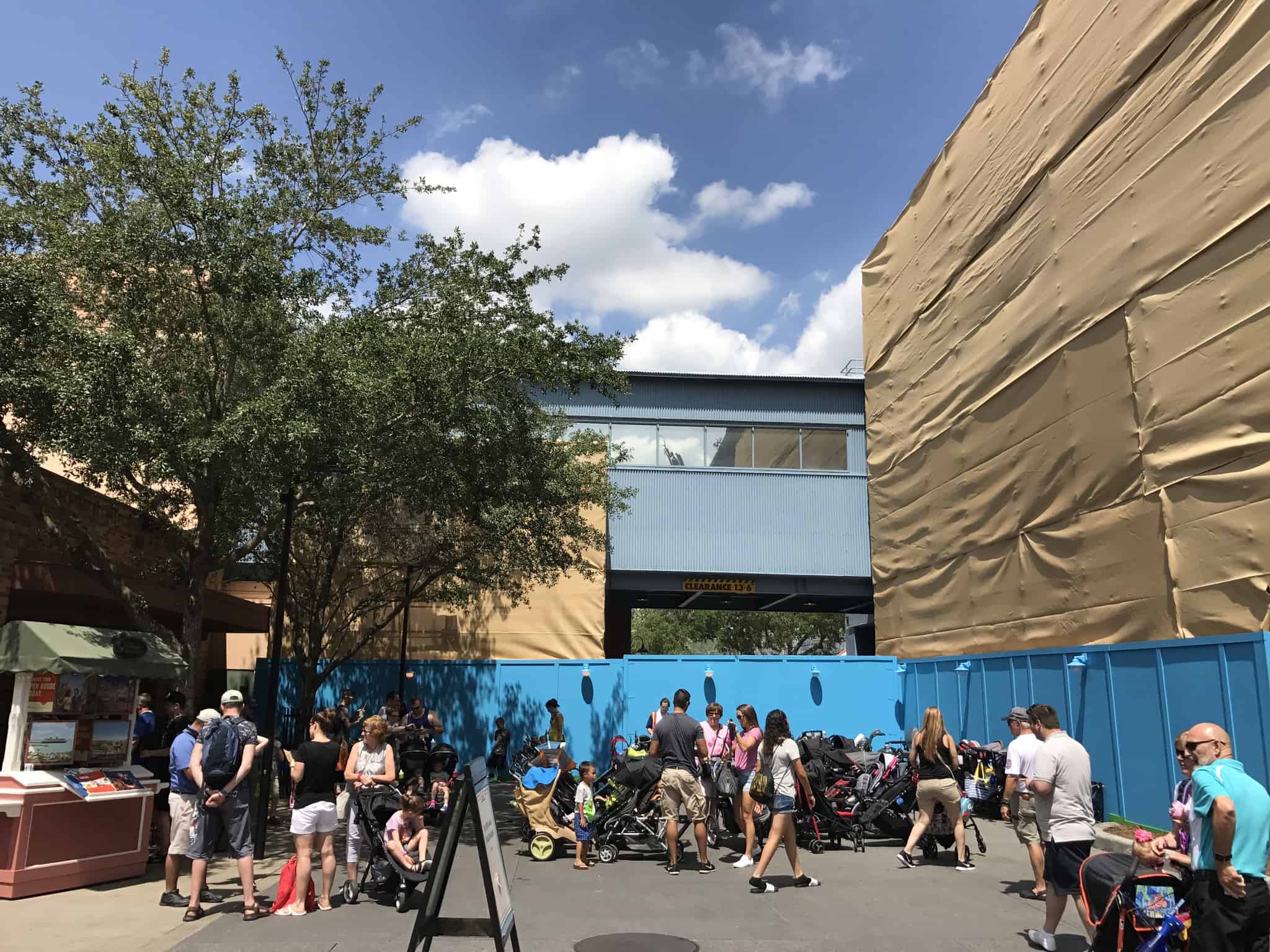 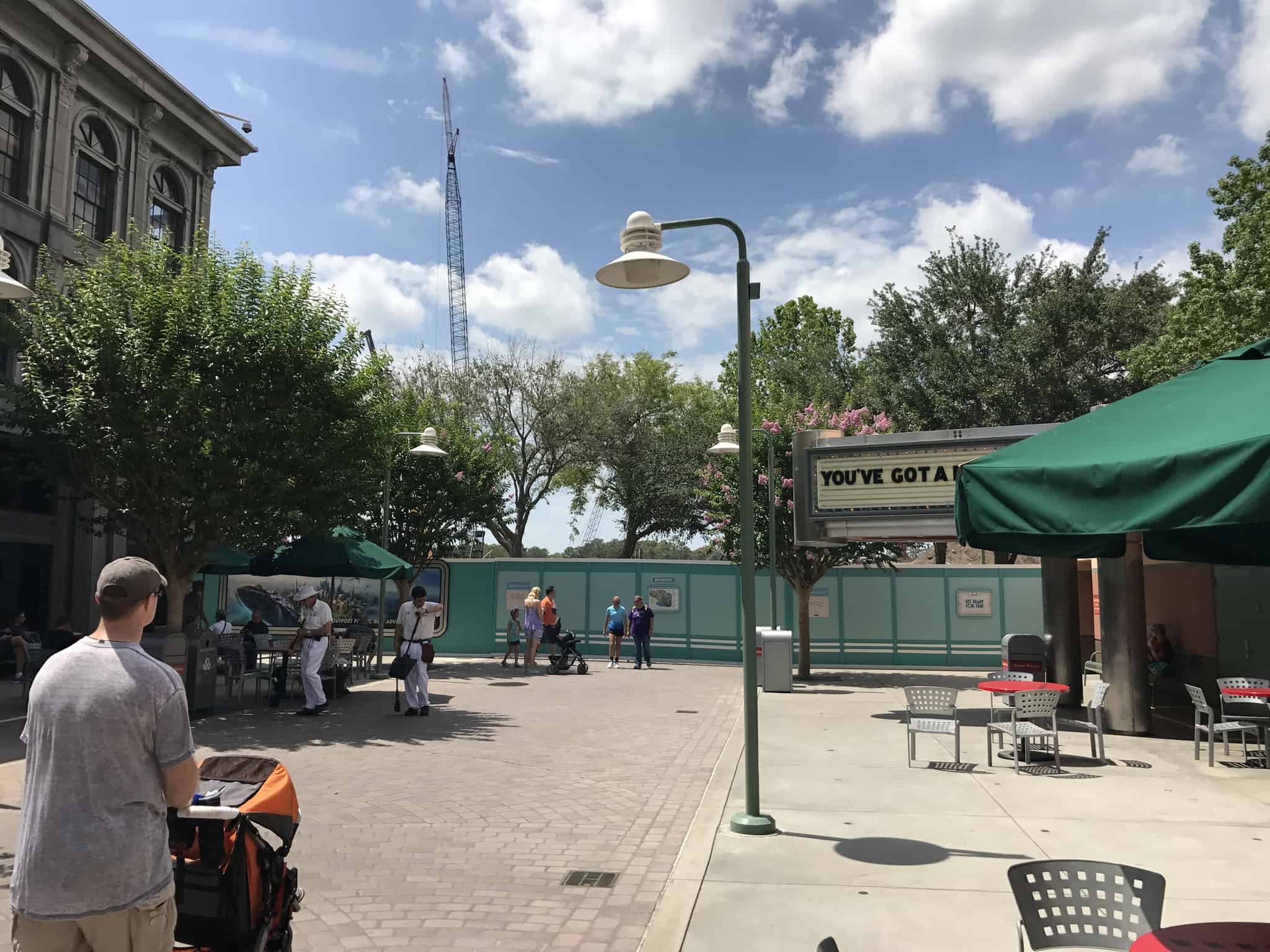 At the end of PIXAR Place, the walls are now appropriately Star Wars-related, as Toy Story Land is not actually located on this side. The walls also extended right up to the exit of the 3rd track at Toy Story Midway Mania. 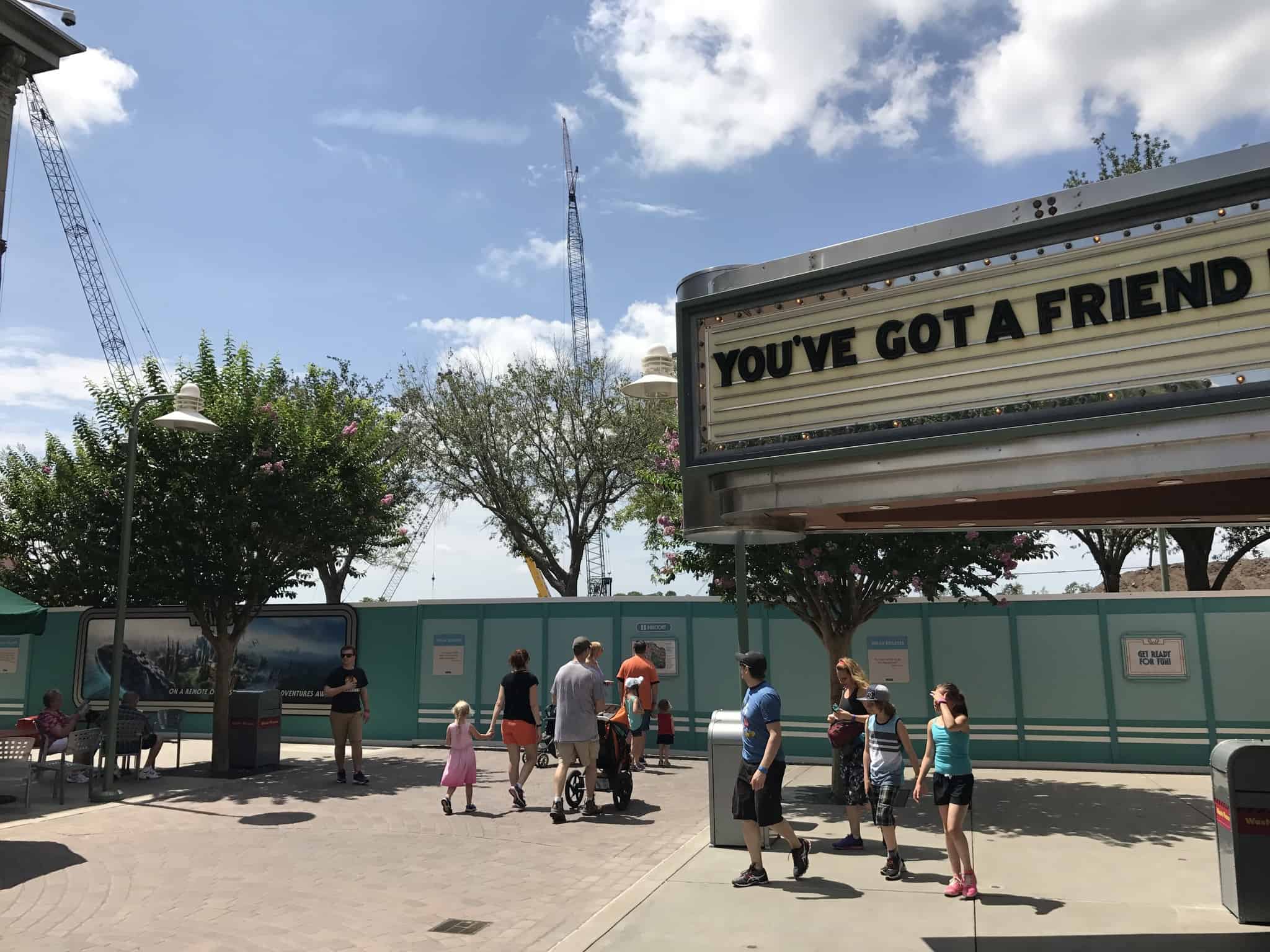 The walls feature the artwork for Star Wars Land, but it is strangely not-centered and instead located in an alley behind some trees. 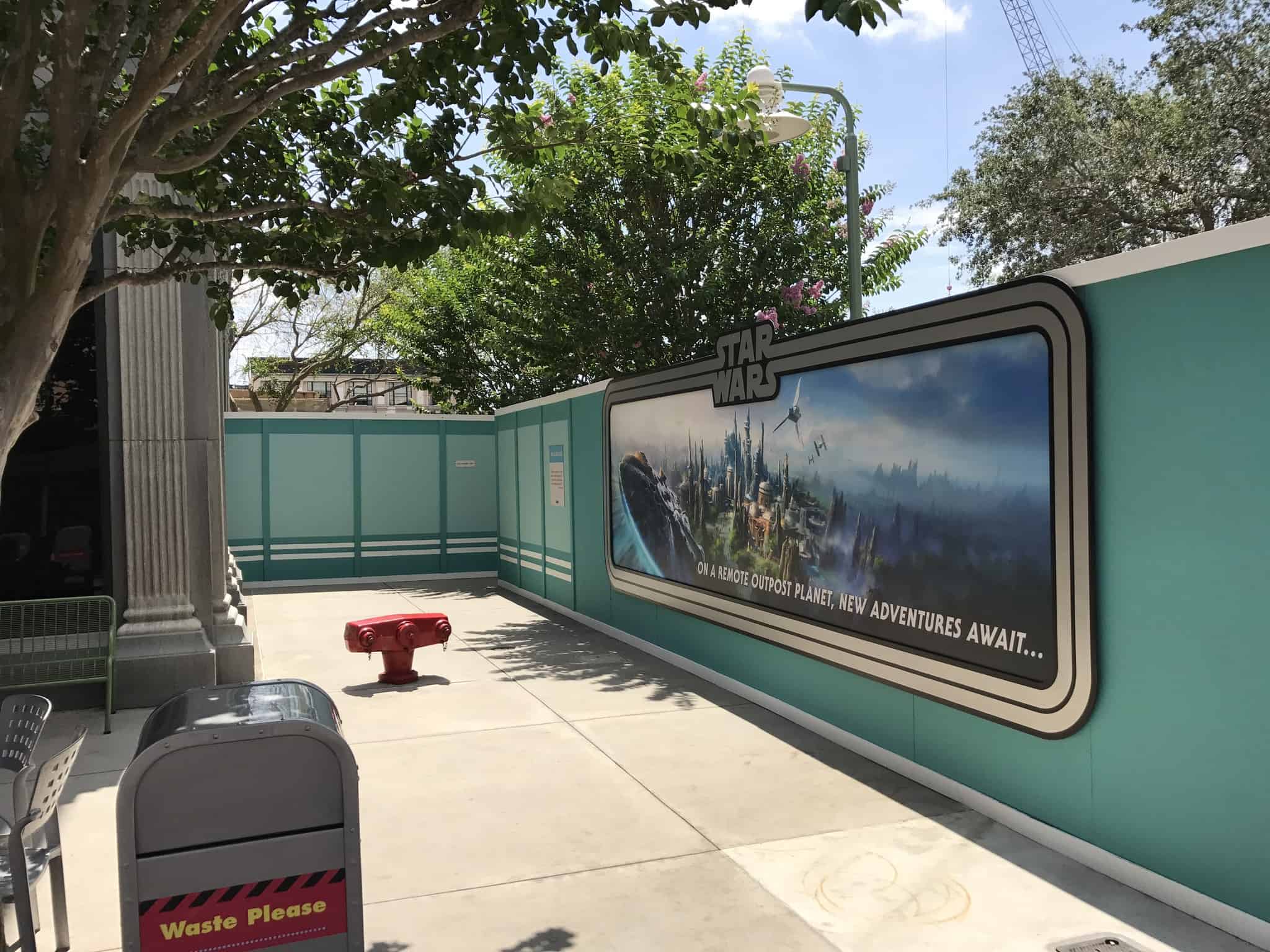 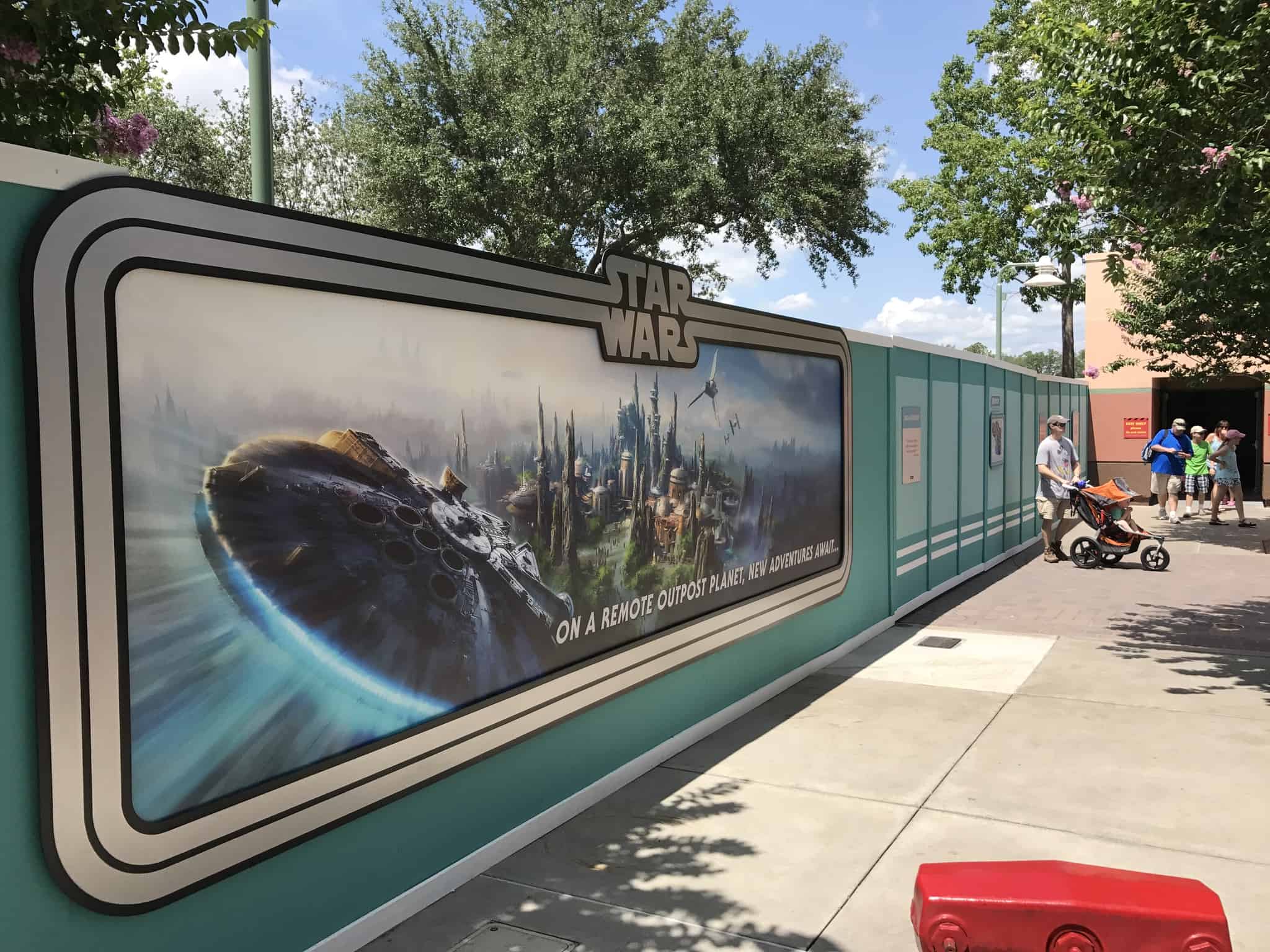 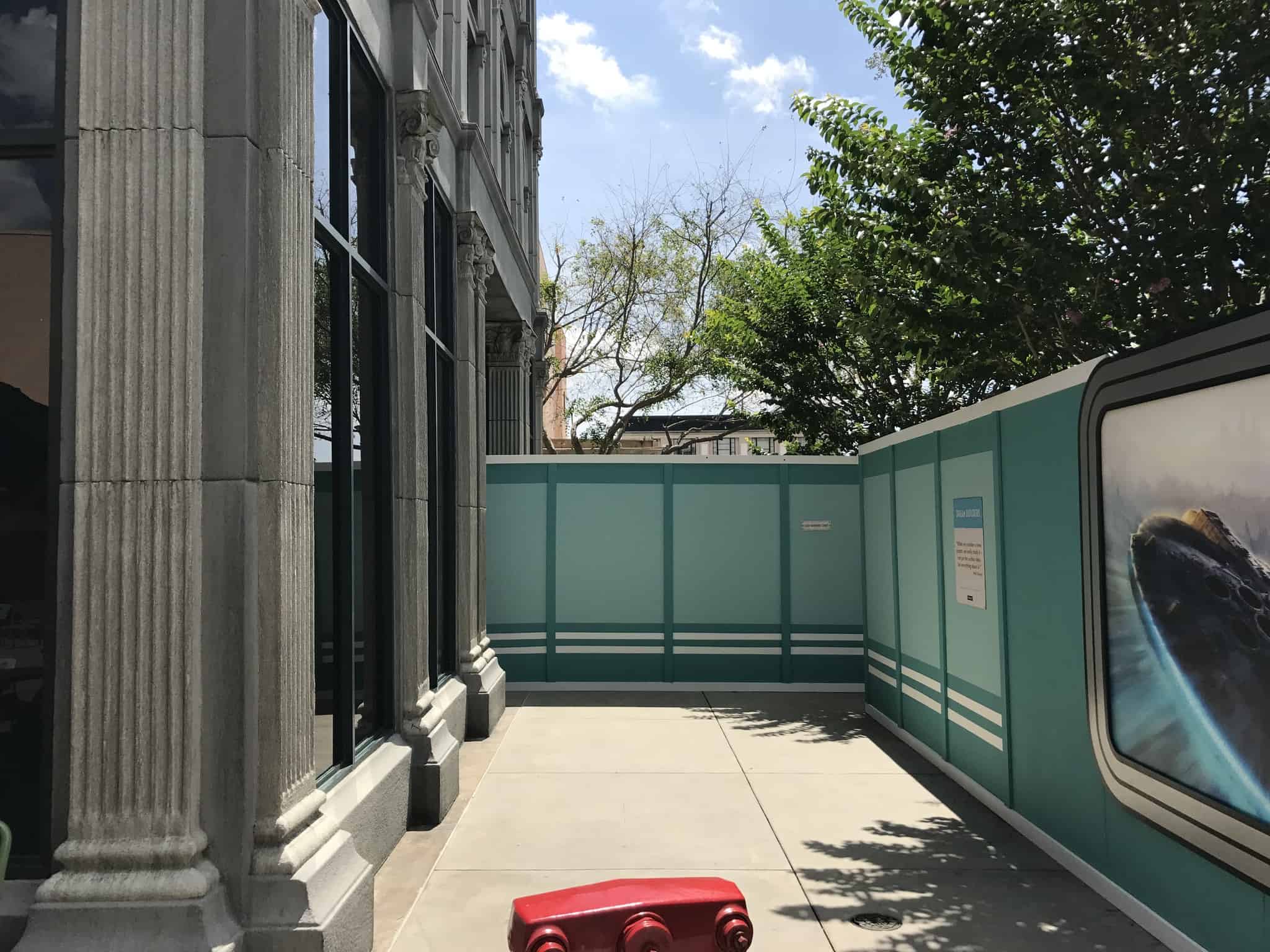 A cast member access pathway is all that is down this alleyway.

As always, stay tuned for more updates on the expansion of Disney’s Hollywood Studios as it progresses.

Next
Festival of Fantasy Parade Moving to 2pm Daily Starting in August, Is Paint the Night Parade to Blame?