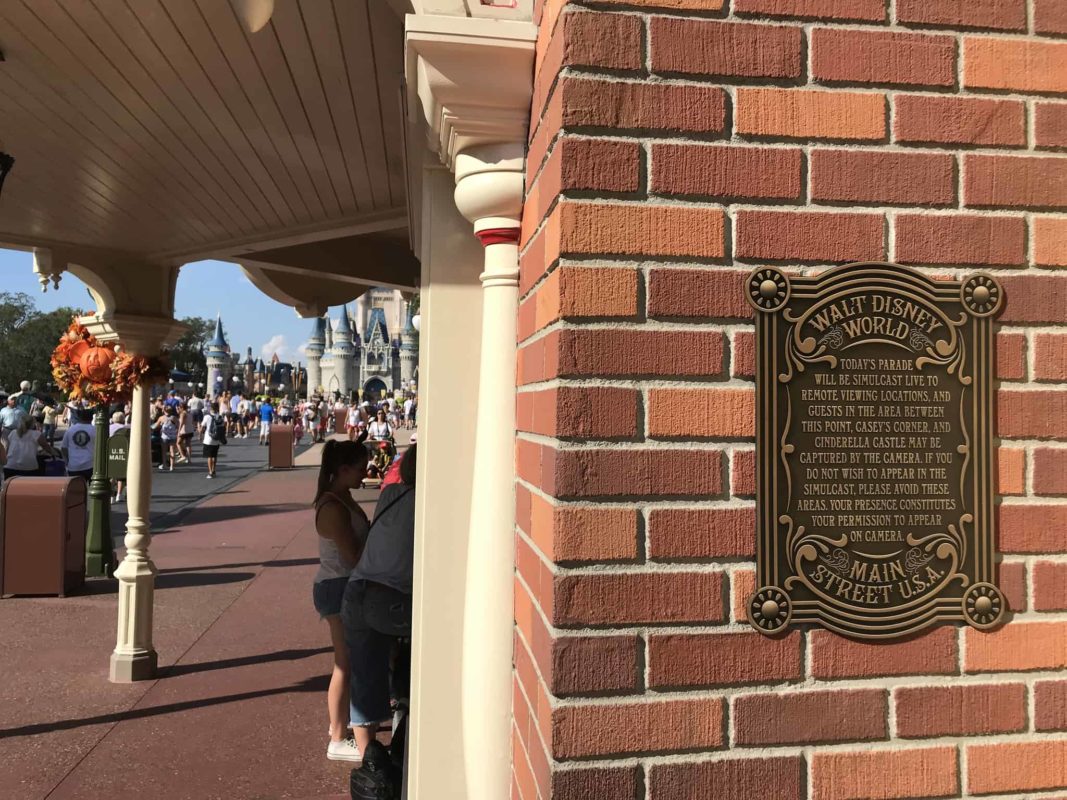 In preparation for the daily Disney Parks parade live streams that will be airing in Disney Store locations around the world, the Magic Kingdom has added signage along the park’s parade route. 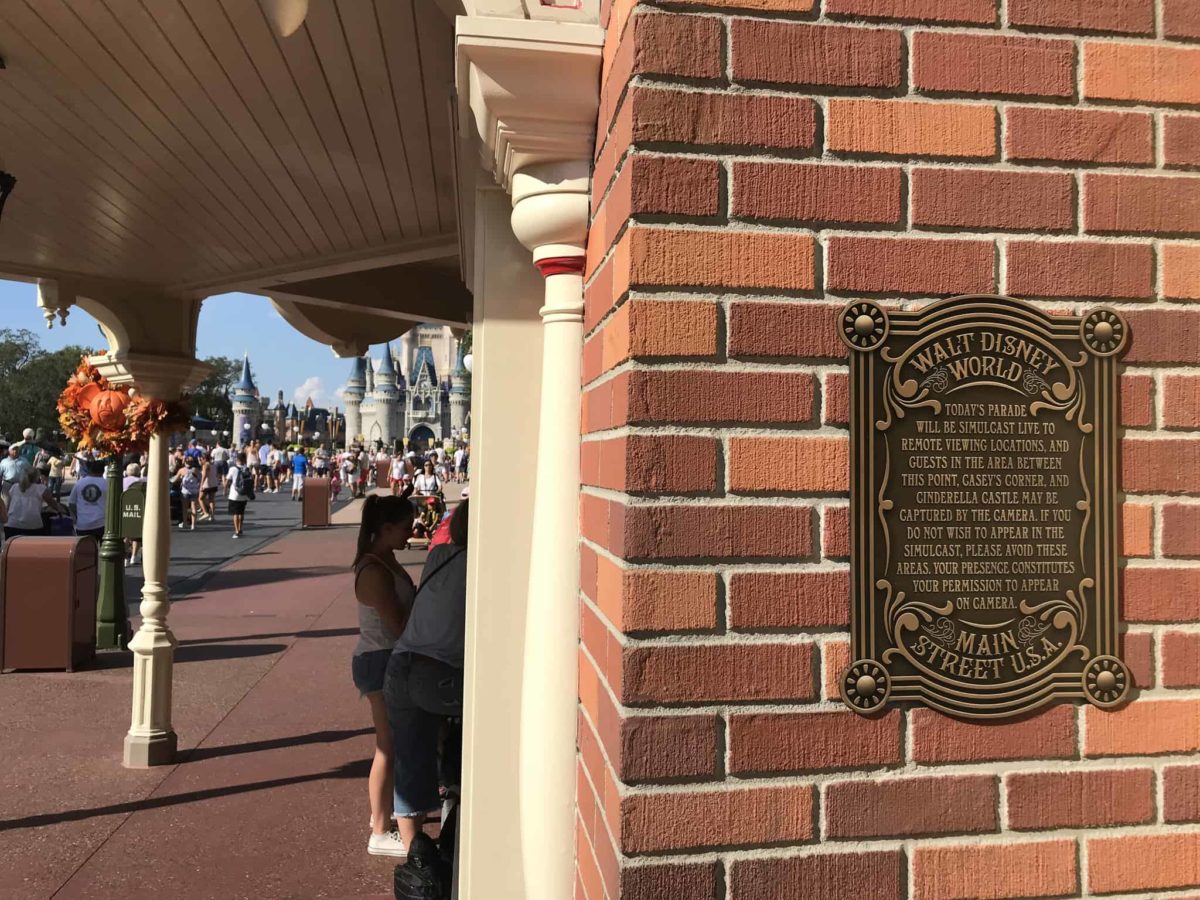 The sign informs guests that viewing areas between the end of Main Street and the Castle may appear on camera during the broadcast. 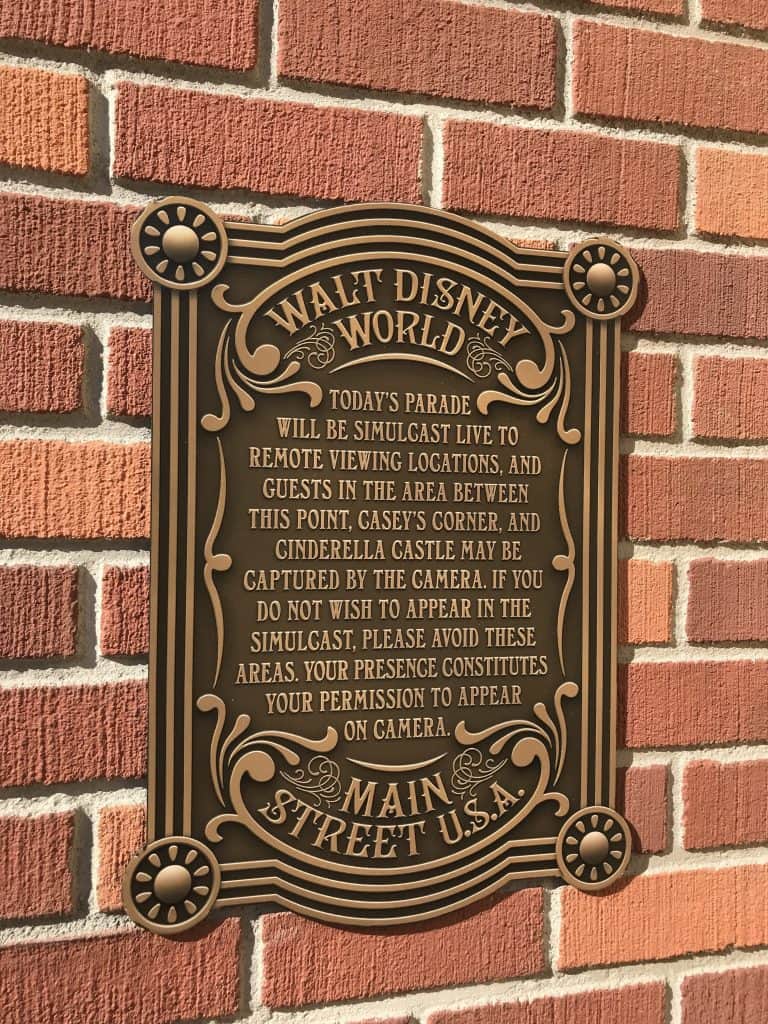 Per the Disney Store announcement:

“In the back of the store screens will be replaced with newer LED displays where guests can watch the parade stream ‘LIVE from Disney Parks’ in the afternoon, and at night a digital fireworks display will be presented just before the store closes.”

No start date has been provided for this streaming at the Disney Store.