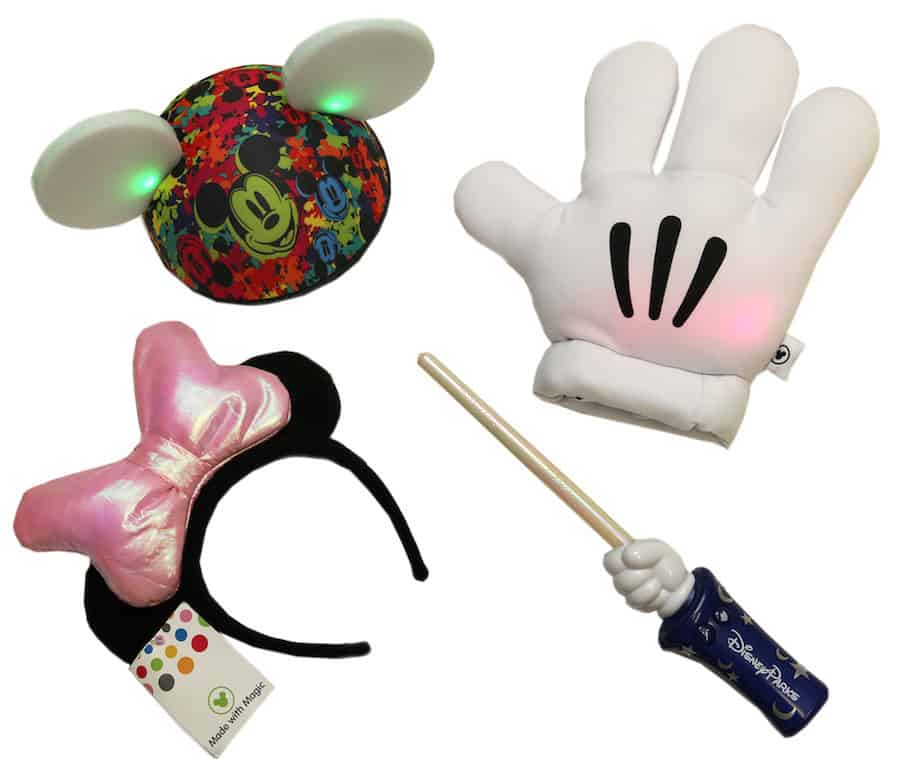 The long-running “Made with Magic” (or “Glow with the Show”) items at Disney Parks are getting much needed makeover to allow guests to have more fun with them at home. The light-up ear hats, bows, gloves, wands, and more have been an interesting offering at the Disney Parks over the last few years, dancing in synchronized light to nighttime spectaculars and more, but new ear hats will also work at home via the Shop Disney Parks mobile app.

At some point in the near future, a new version of the “Made with Magic ” ear hat will be released, one that can be controlled via the Shop Disney Parks app. The app will allow guests to control the color and blinking speed of the item no matter where they are, something the older items are incapable of.

As well, the Made with Magic items will “Glow at Home” during ABC’s The Wonderful World of Disney: Magical Holiday Celebration on November 30th, as well as the Disney Parks Christmas Day Parade on December 25th, 2017.

There has been no word on when these new items will debut at the parks, but it should be any day now.

Made with Magic currently works with the following entertainment offerings at Walt Disney World:

While you don’t often see many guests wearing the Made with Magic items, here are some great videos that really show off the tech in action: