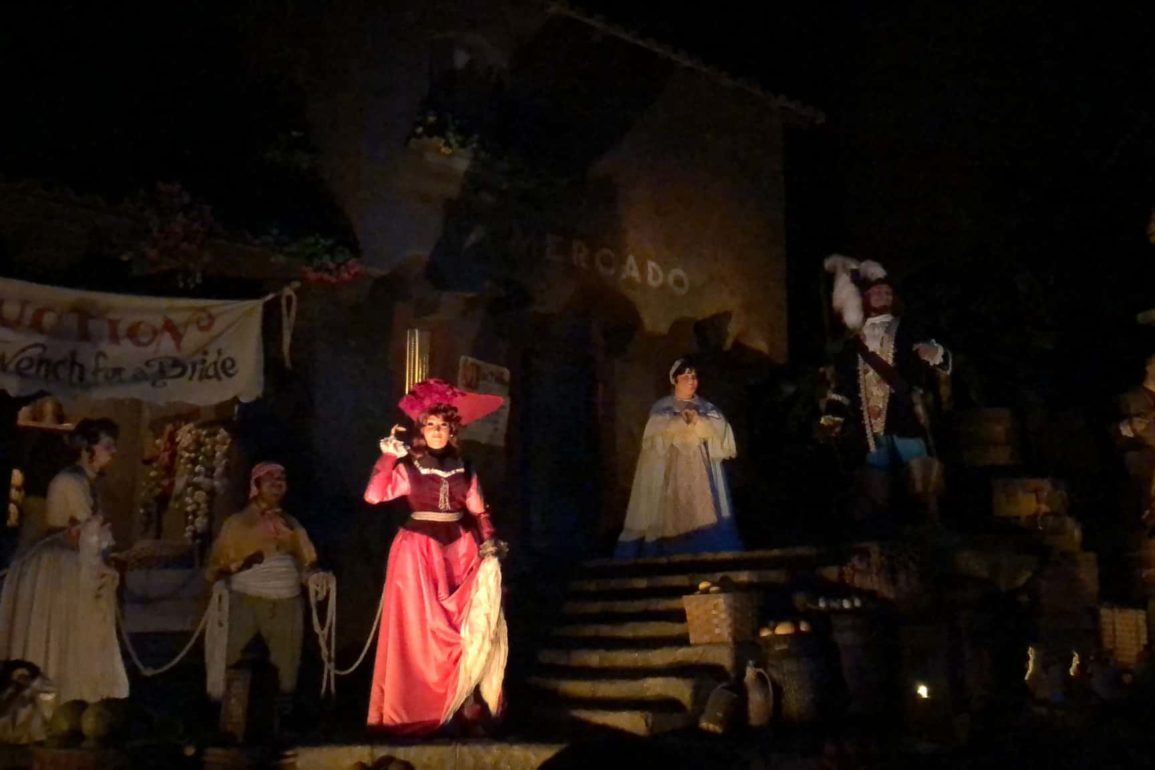 Last night, Pirates of the Caribbean at Walt Disney World closed for “refurbishment”. The closure was prompted by Disney’s decision to make drastic changes to the auction scene, one of the only scenes in the ride that has remained untouched since it opened back in 1973 (1967 at Disneyland).

We of course went to say goodbye to the iconic scene and managed to be on the final guest boat that floated by it:

The new scene was announced back in June 2017, and first debuted at Disneyland Paris last summer, as seen below:

The new scene features an auction of surrendered goods, with the infamous redhead now becoming a pirate assisting with the taking of the items from the townsfolk.

While no date has been announced as of yet, the Disneyland ride (the original) will close later this year to change the scene as well. The Walt Disney World version will return on March 19th, 2018. Tokyo Disneyland will have the last remaining original version of the scene and at the time has no plans to make any changes.