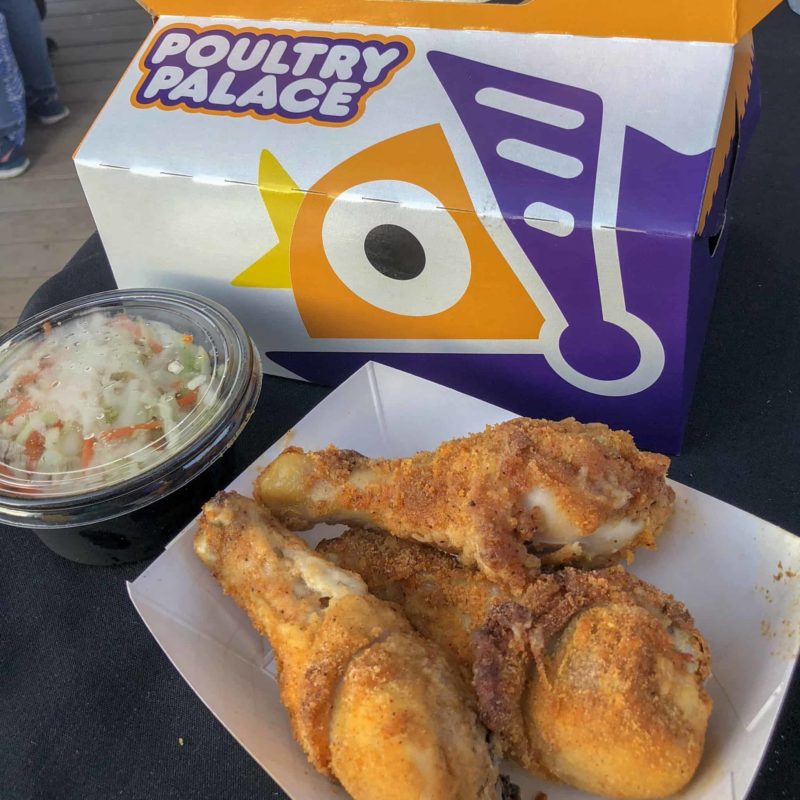 Poultry Palace is a brand new outdoor food location at Disney California Adventure Park. This location was opened with the Pixar Pier expansion/refurbishment/retheme of Paradise Pier. The name Poultry Palace comes from the Toy Story Toons short ‘Small Fry’. If you’ve never watched it, or want to check out the hilarious short you can watch it here. Previously this stand sold boring, plain turkey legs. Not anymore! Now they sell boring, plain chicken legs along with the boring, plain turkey legs. 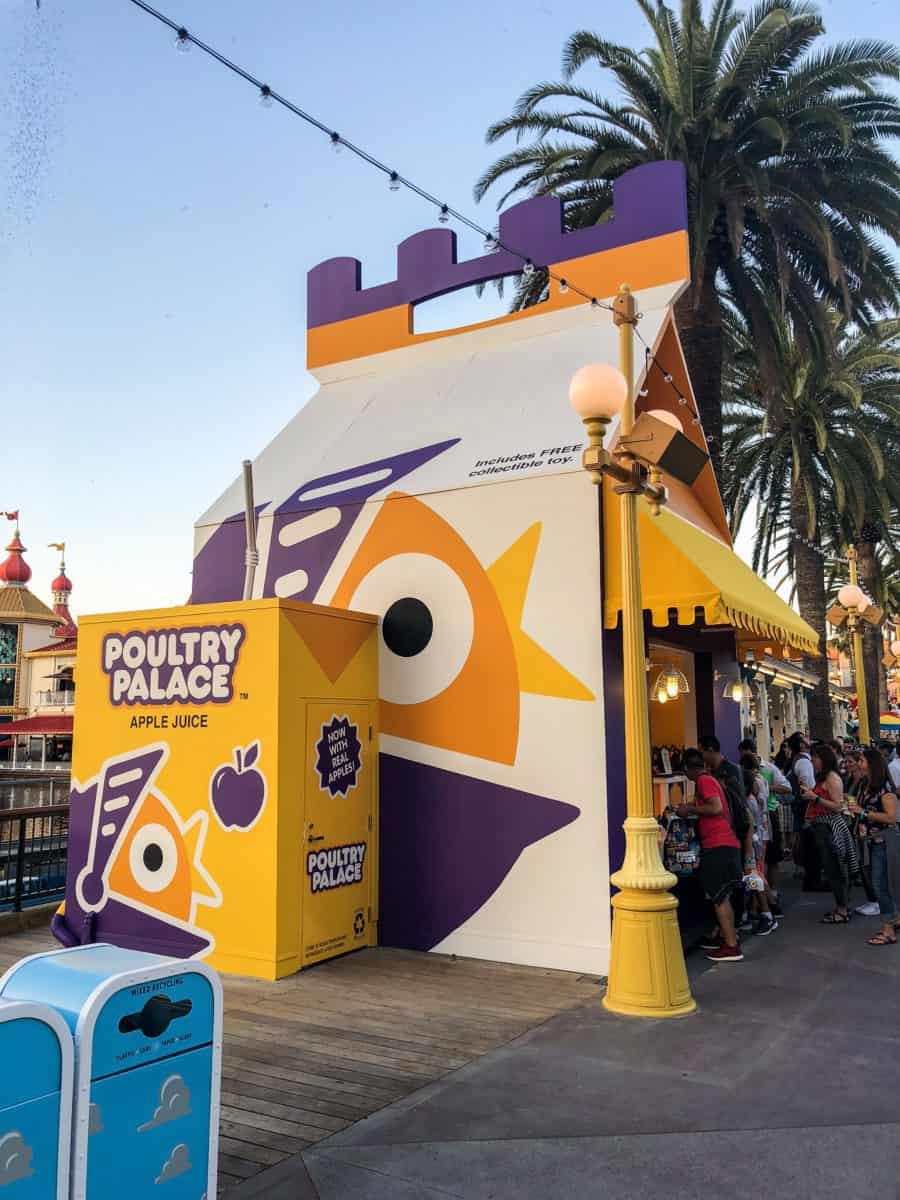 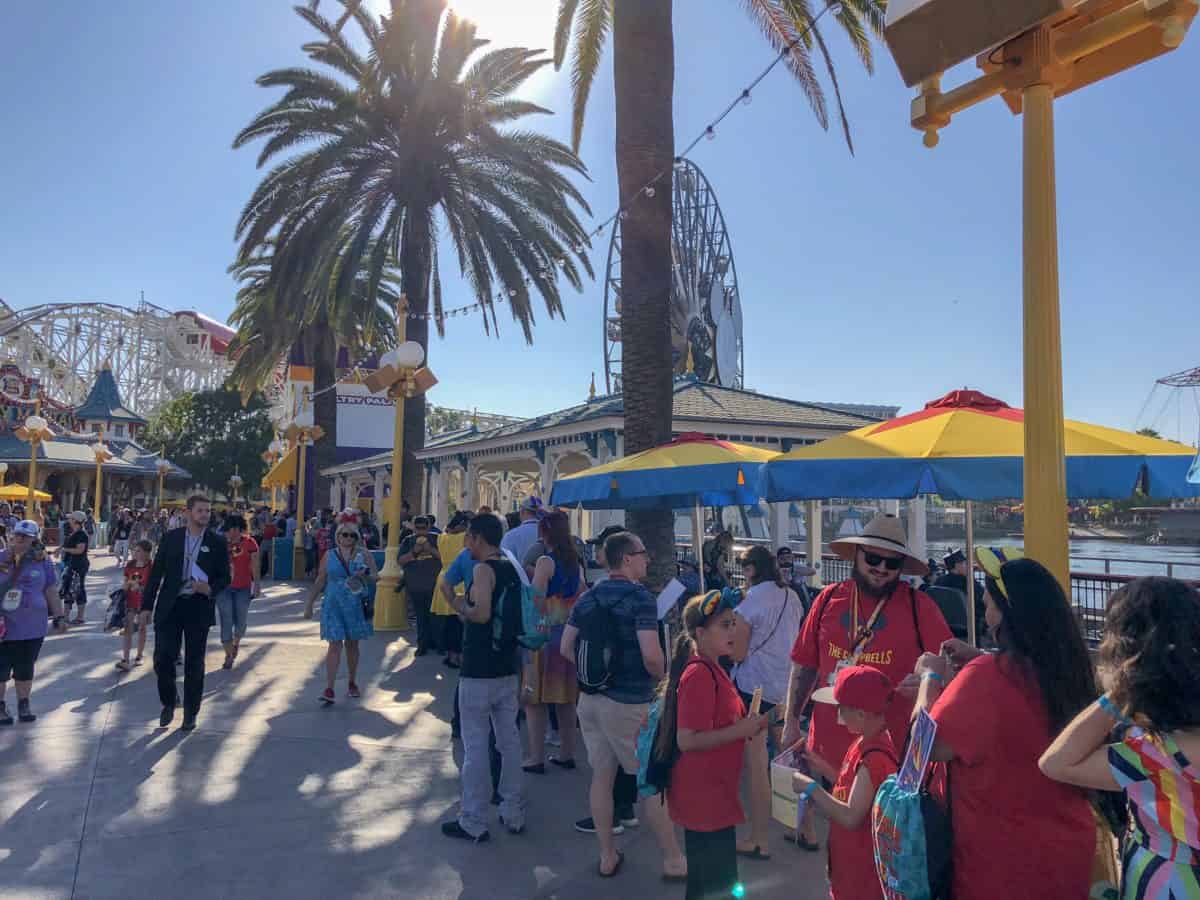 It’s very popular. There was a continuous line of people all evening long. 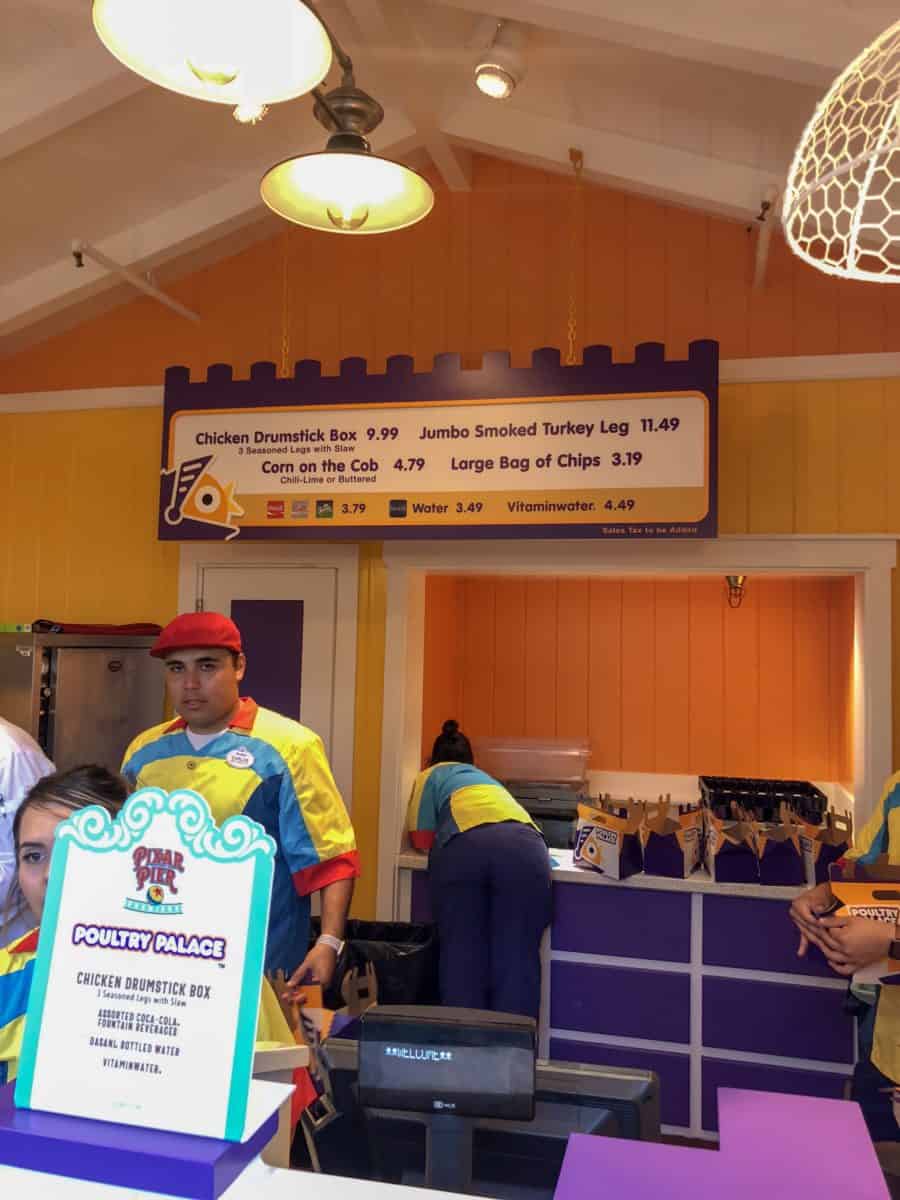 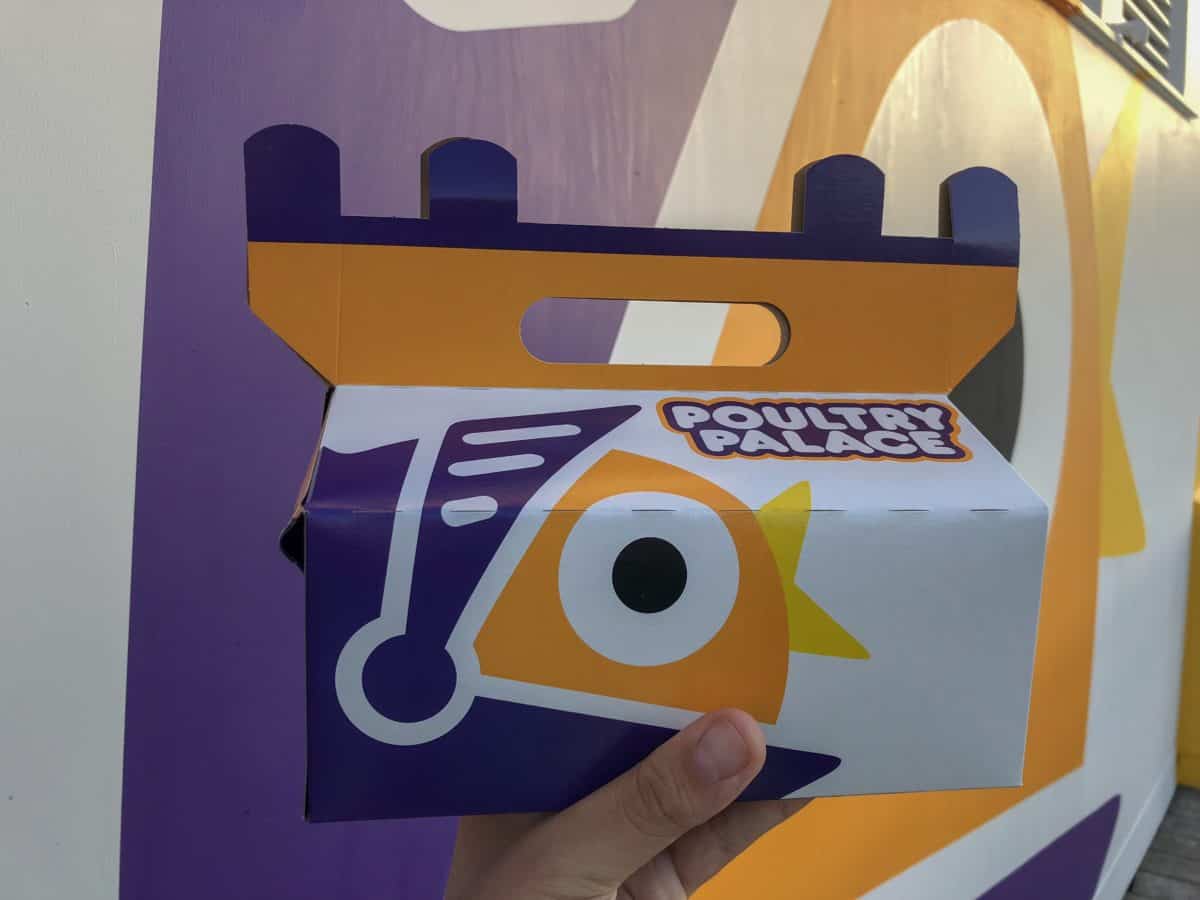 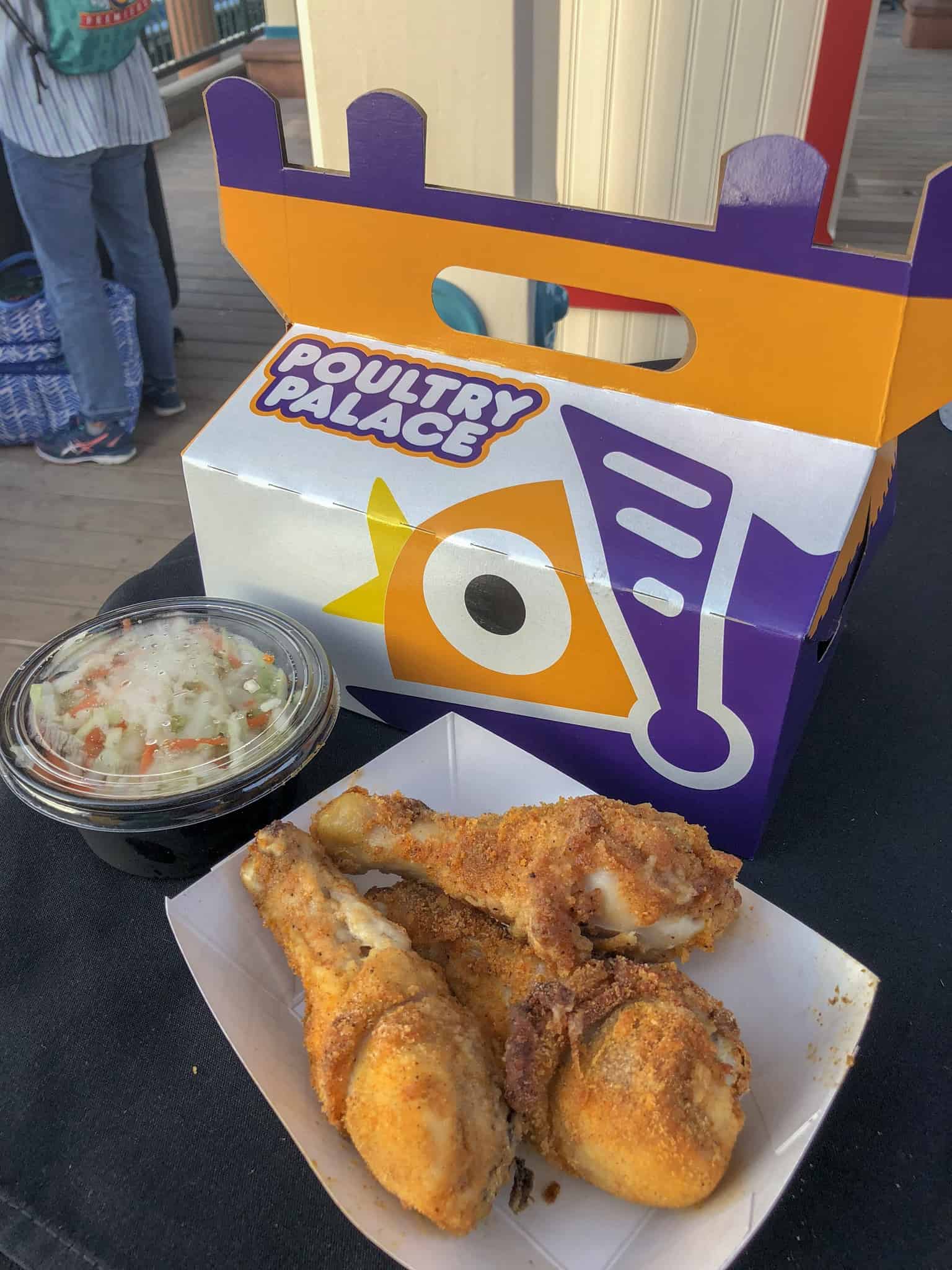 The best part about this meal is literally the box it comes in. It makes a great souvenir and is just plain cool. The chicken, however, is a different story. Clearly, it’s made elsewhere and brought over to Poultry Palace to be served. It’s best described as oven-fried chicken, but the fact that it’s not made at the location means that it’s not crispy at all. Definitely not good, especially when compared to the rest of the offerings across all of Disney California Adventure Park. The breading is a little spicy, but otherwise the quality and price make a return trip here a hard sell.

Honestly it’s a huge let-down from one of the most promising food options added to Pixar Pier. If you want good chicken, just go to the Plaza Restaurant at Disneyland. However, we won’t judge you for spending $9.99 just to get this box…