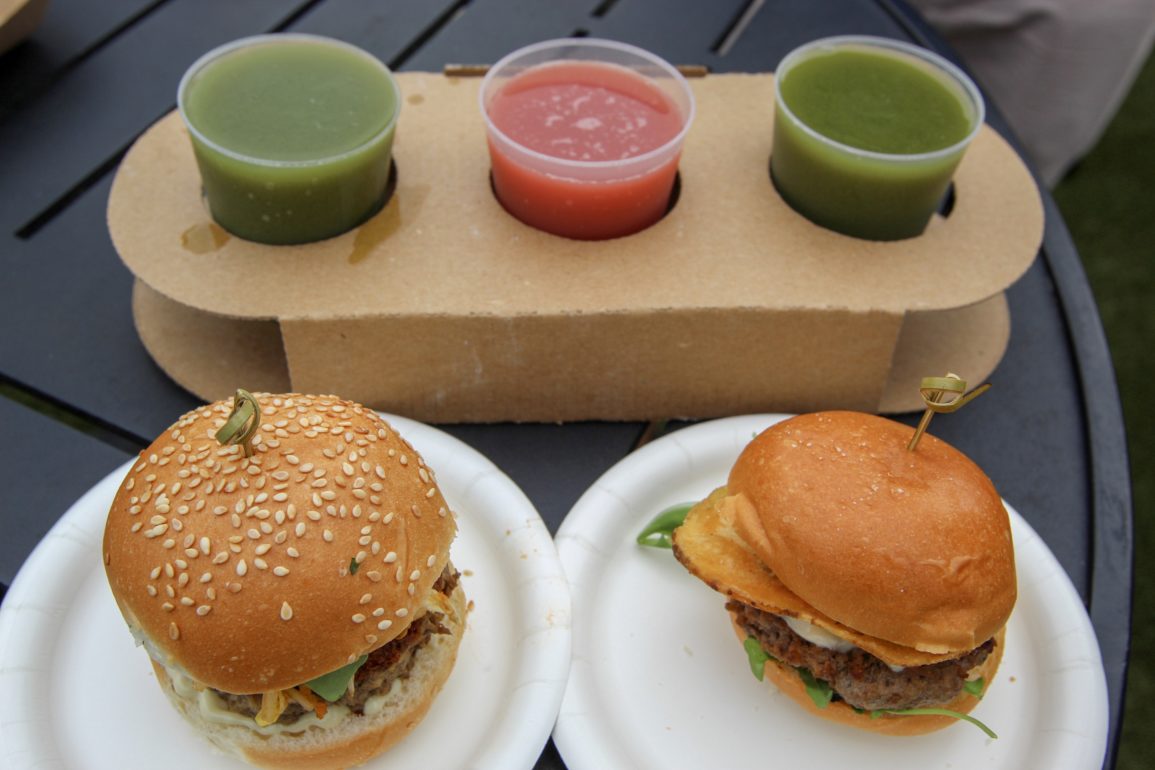 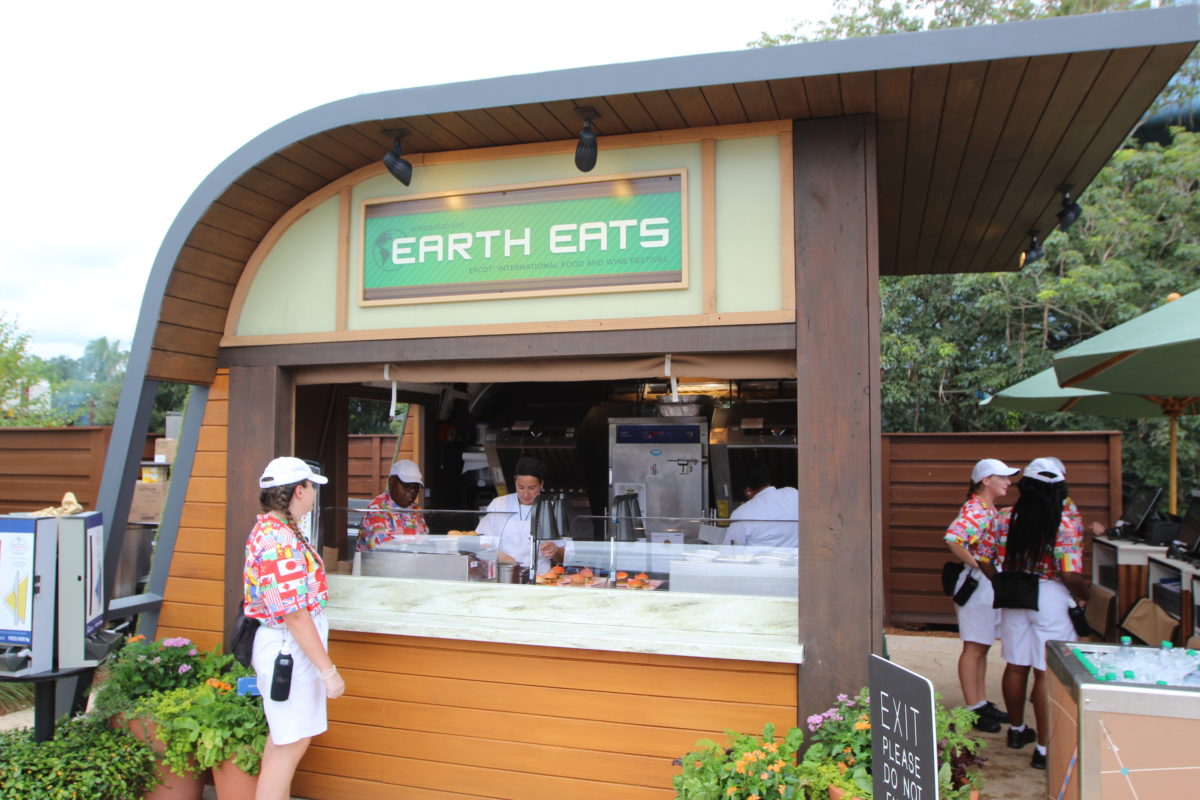 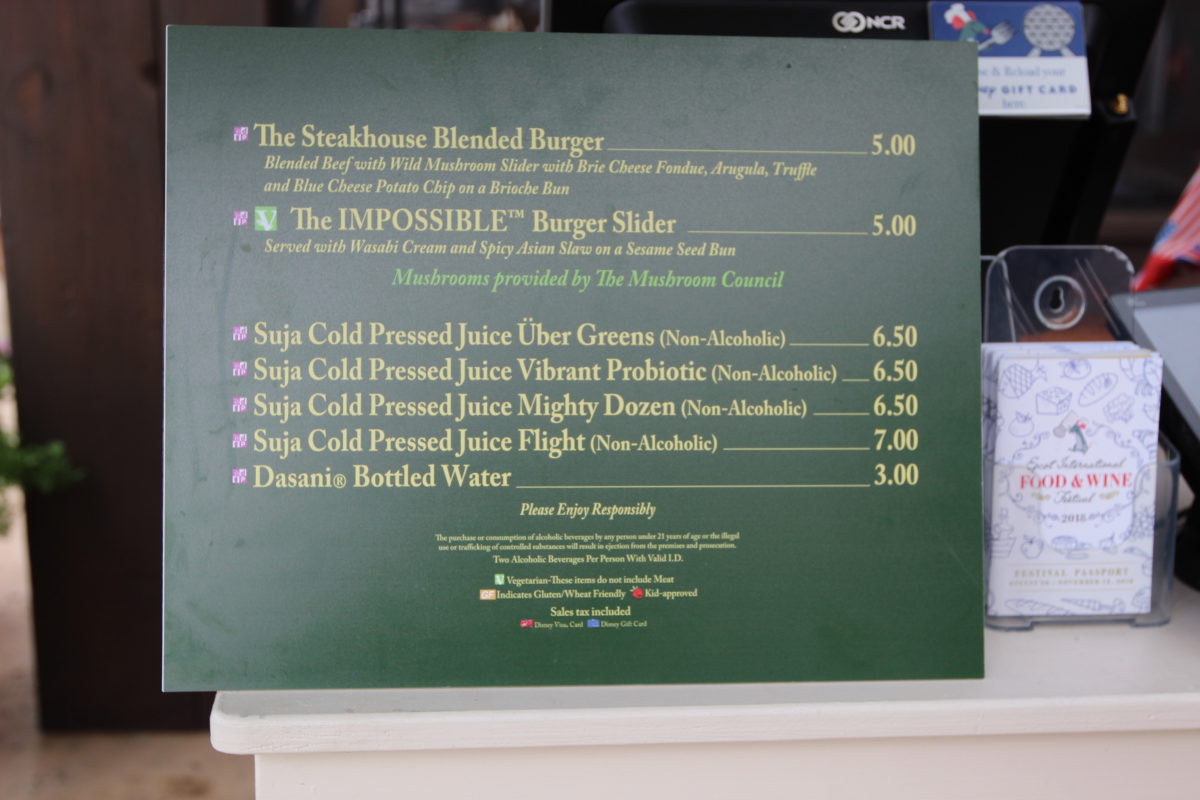 *UPDATE* The Cold Pressed Juices are GONE, replaced with Health-Ade Kombucha on Draft 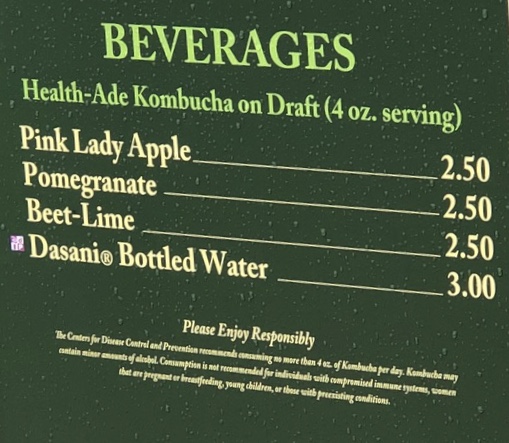 There’s two burgers at this booth: one real meat, one totally fake meat. This is the real meat one and it’s exponentially better than the non-meat burger. The patty is well-cooked, the brie cheese fondue adding a great contrast to the mushroom flavor from the burger. There’s a single potato chip on top that adds a great crunch as well. Sure a few dollars more will get you full-sized burger at Electric Umbrella, but this one is tasty.

There’s a lot going on with this one. Those unaware of the recent infatuation with the IMPOSSIBLE Burger, let’s catch you up to speed. The company selling these burgers has made them entirely vegan, but they taste like meat, down to having the ‘bleeding’ effect that a medium-rare burger would have. Fortunately this one is well-done and doesn’t have any juices flowing from it. The spicy Asian slaw and wasabi cream on top adds a great kick to bring the stale burger to life. If you have to chose one burger from Earth Eats, go with the real meat, but it’s pretty fun to get both and compare/contrast the tastes. 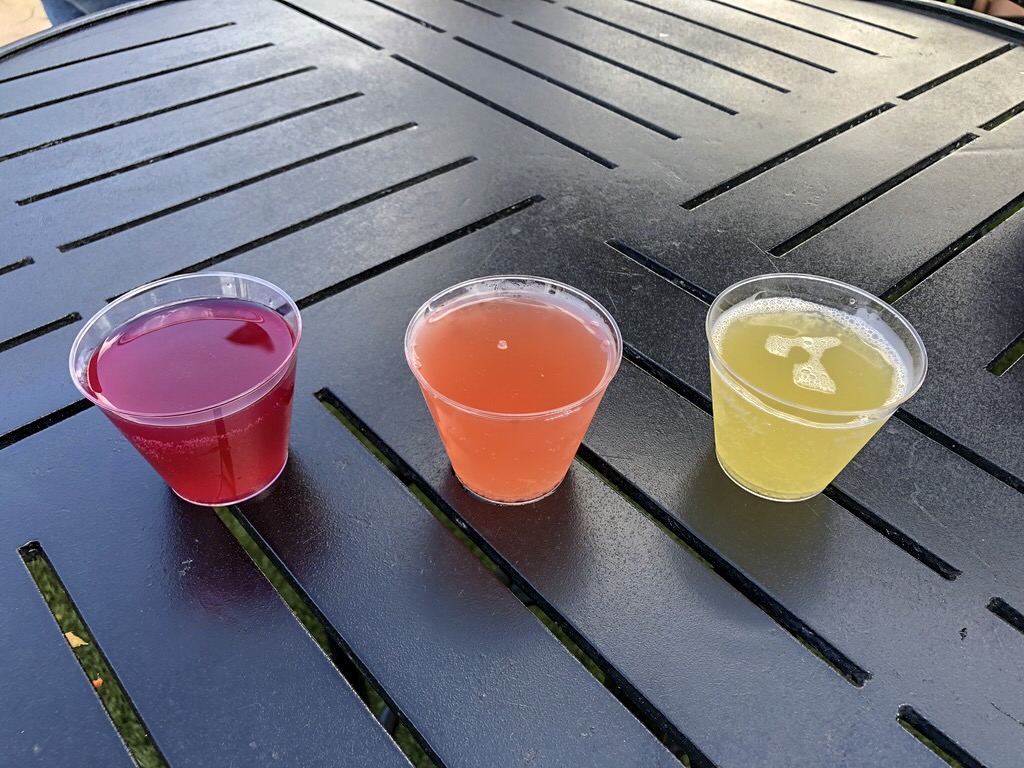 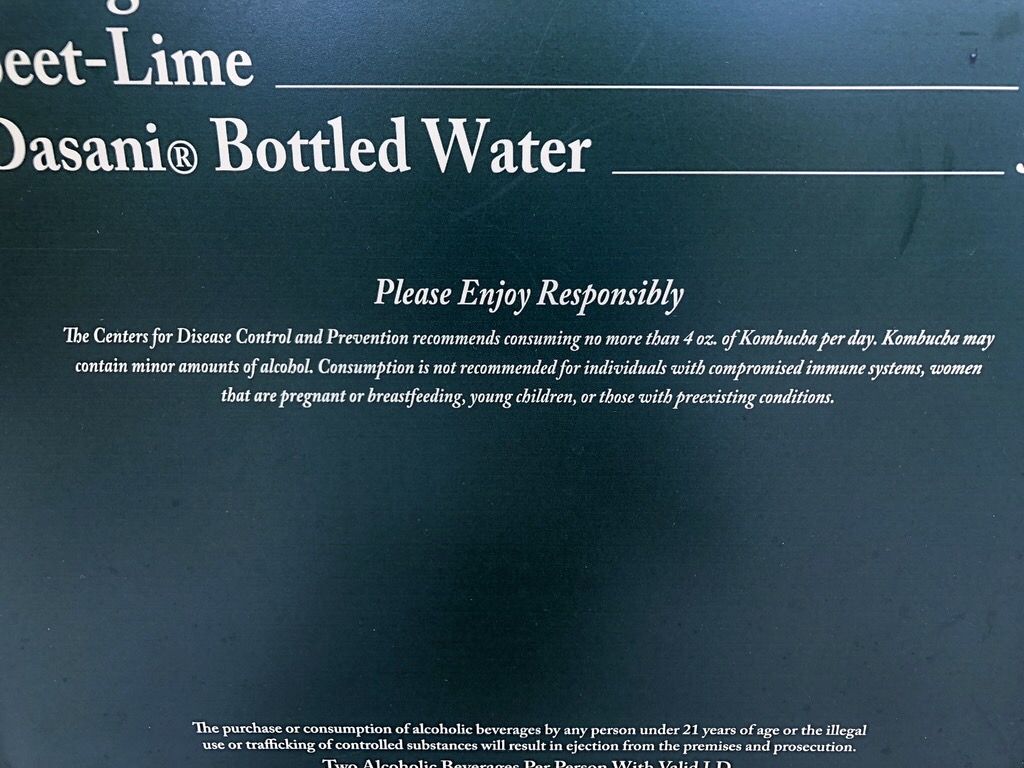 These replaced the cold-pressed juices. What’s interesting is that a flight isn’t available, whereas it says it is in the festival passport. Regardless, Disney isn’t selling you more than two of these at a time and is treating them like alcohol. See the warning label above. Kombucha is fermented green or black tea that’s *slightly* alcoholic due to the fermentation process. We can understand why Disney wouldn’t want you drinking an entire flight, but I can buy a 16oz bottle of this at my local grocer for daily consumption so what’s the issue really?

The colors don’t really match what flavor they are, it’s a bit weird. You expect the ‘pink lady apple’ to be the pink one, but it’s the yellow one. Whereas the pomegranate is more of the color you expected from the pink lady, and the beet is just a really dark color which matches a beet so I guess that’s fine. We found all of the flavor profiles to match their names, but the beet may have been a bit too strong on the overall beet flavor. They’re unique and interesting ways to try this fermented tea if you haven’t had a chance to previously. 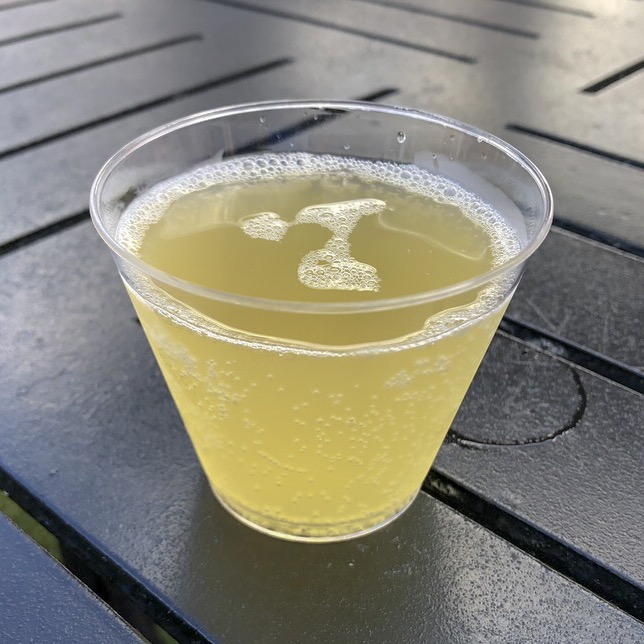 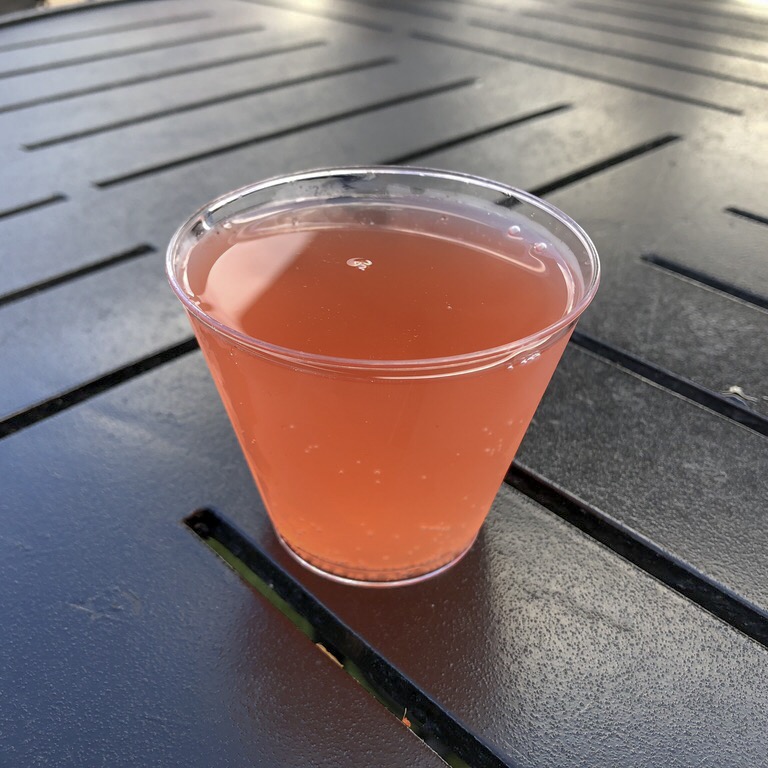 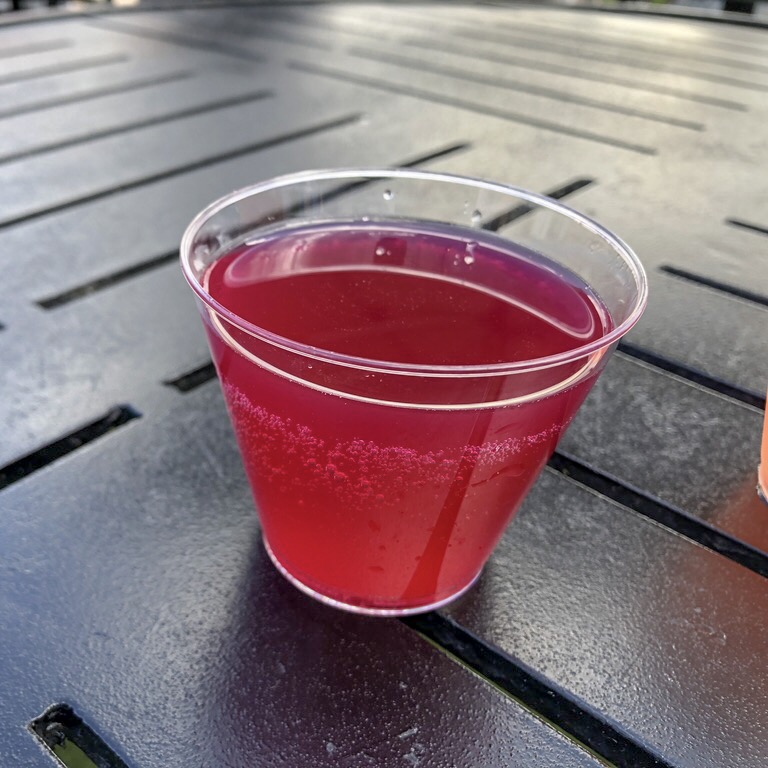 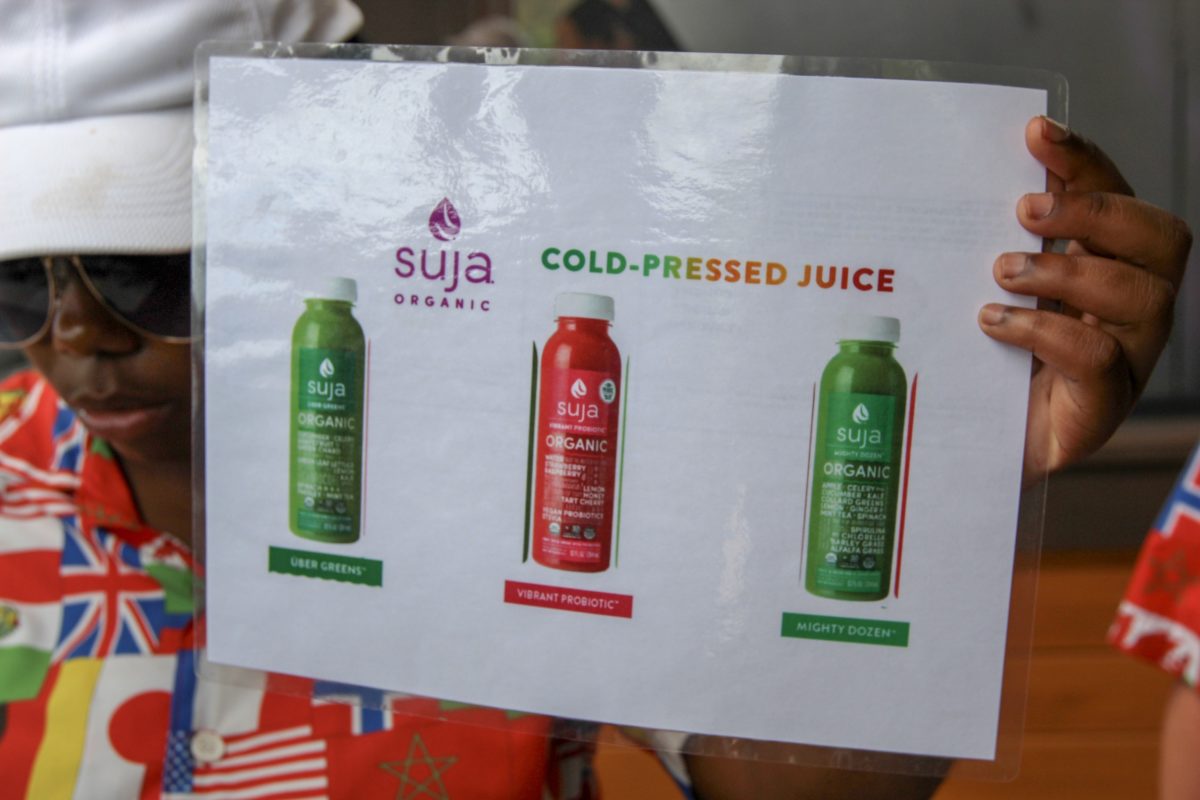 *UPDATE* These have been removed from the booth in favor of a new item. This will be left here as reference in case of this item returning. Yup, these are pre-bottled juices that are being poured out of containers and handed to you at a pretty expensive upcharge. They’re all pretty decent and unique, but if you’re really interested in this lifestyle approach we recommend visiting your local grocer and picking-up a bottle. It’ll be exponentially cheaper than the festival. There’s no way we can tell you to spend $7 on a portion of a bottle someone else will get another part of.

Earth Eats is located in the Culinary Corridor in Future World West, behind Club Cool and Character Spot. 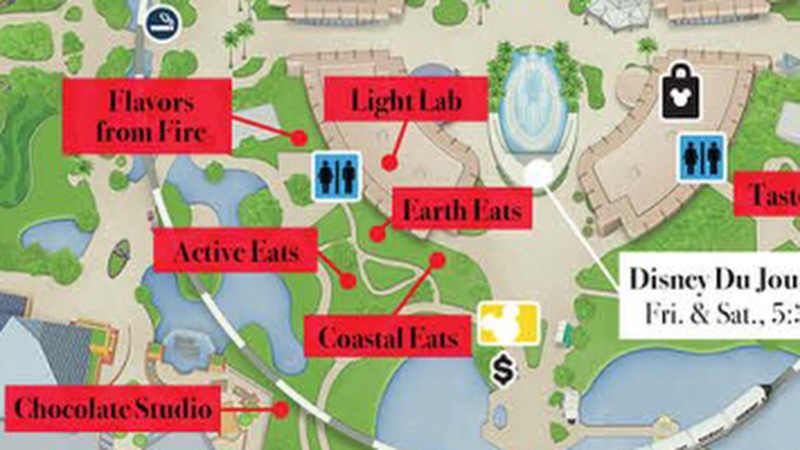 Next
ANALYSIS: How Much Will The 2018 Epcot International Food & Wine Festival Cost You? Use This Spreadsheet to Find Out!