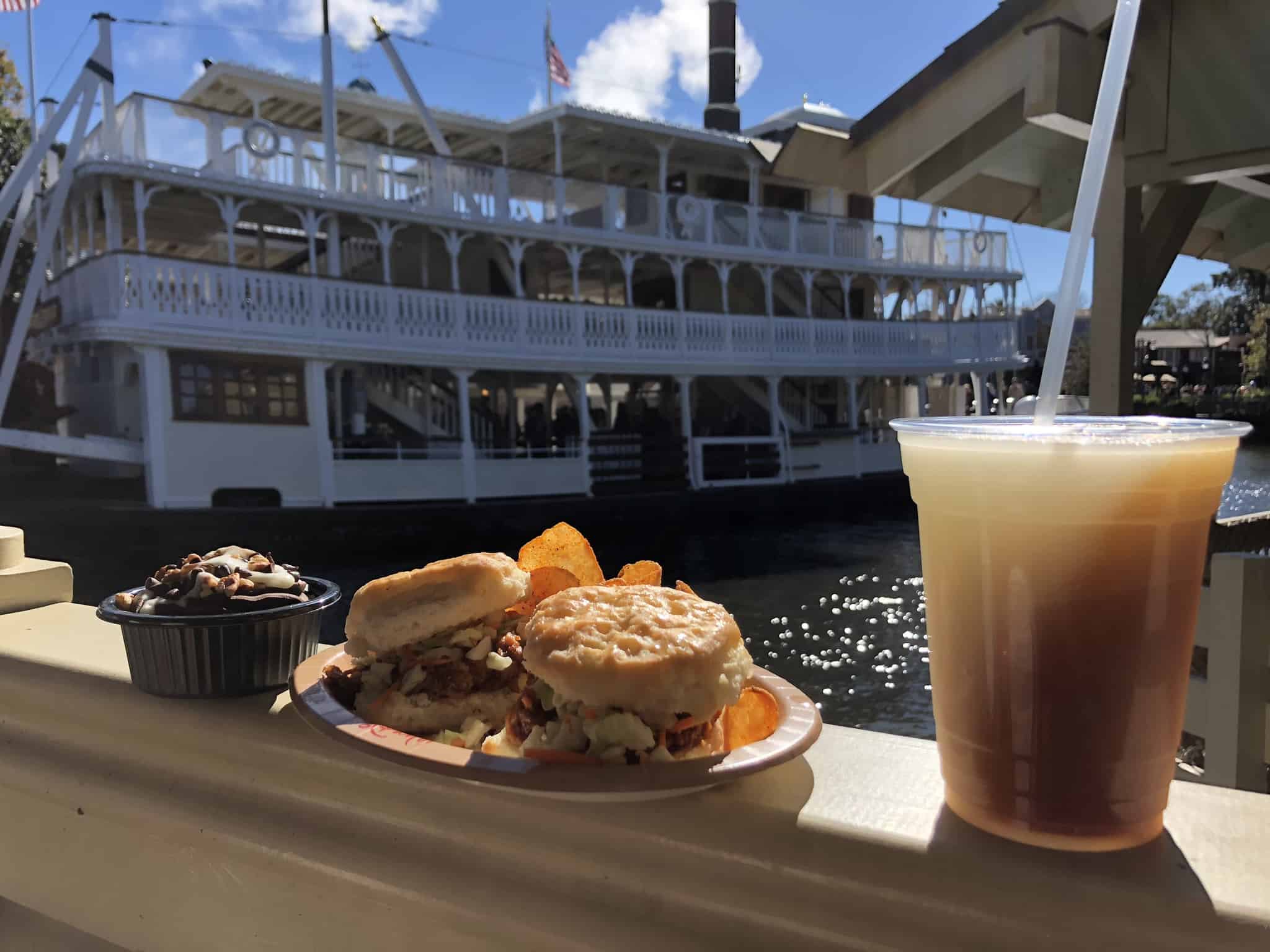 REVIEW: Aunt Polly’s on Tom Sawyer Island Reopens Her Doors for the Holidays at Magic Kingdom

Aunt Polly on Tom Sawyer Island is whipping up some of her home cooking for the first time in ages. Just for the holidays, she has a few items on her menu that might be of interest after a long day of exploring Injun Joe’s Cave or Fort Langhorn. 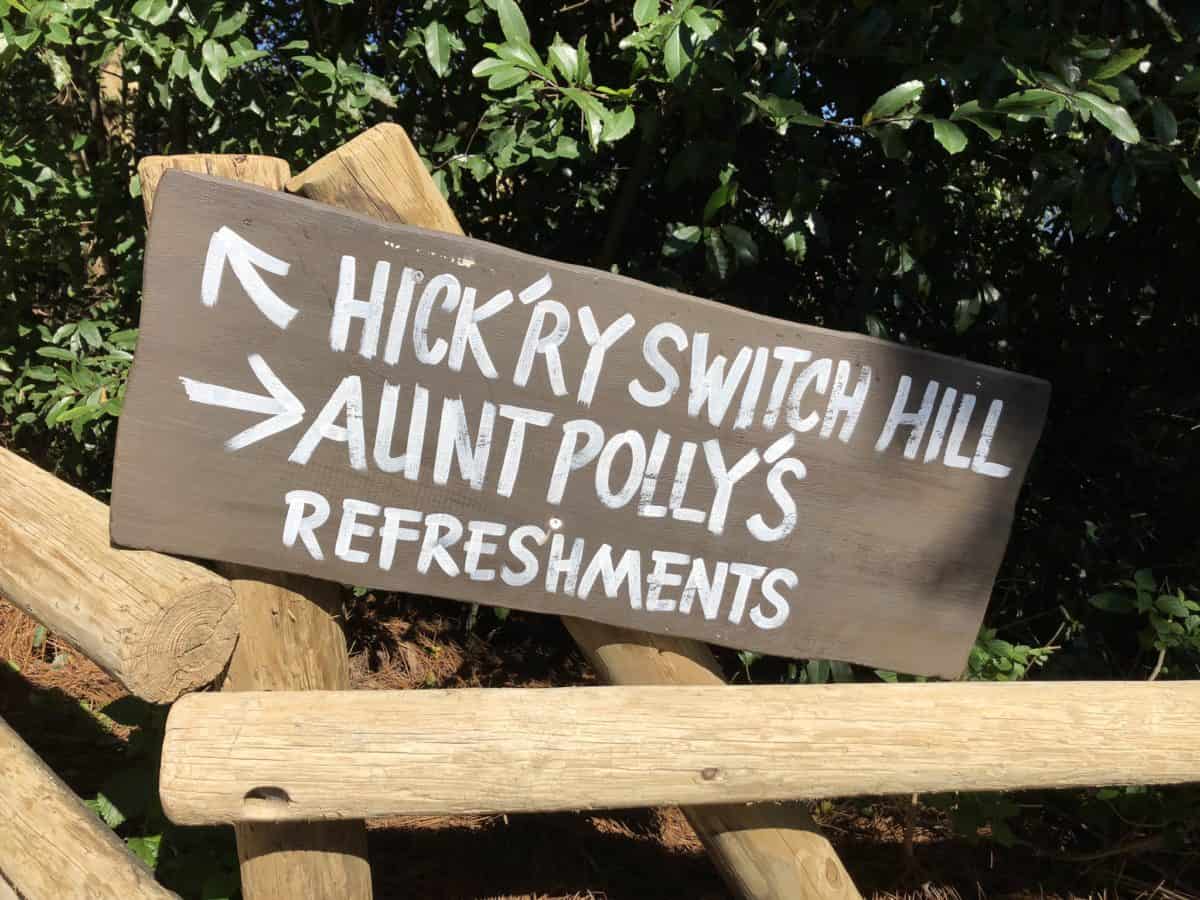 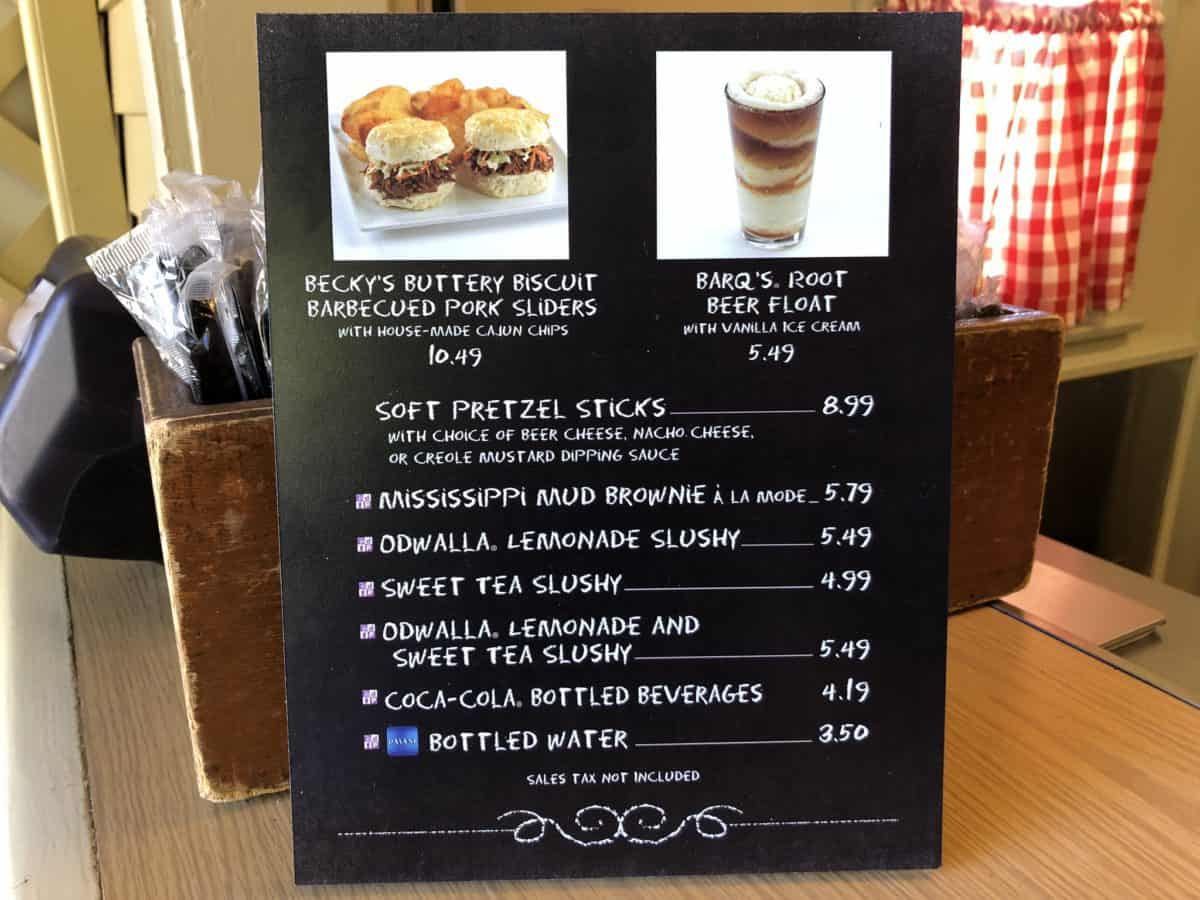 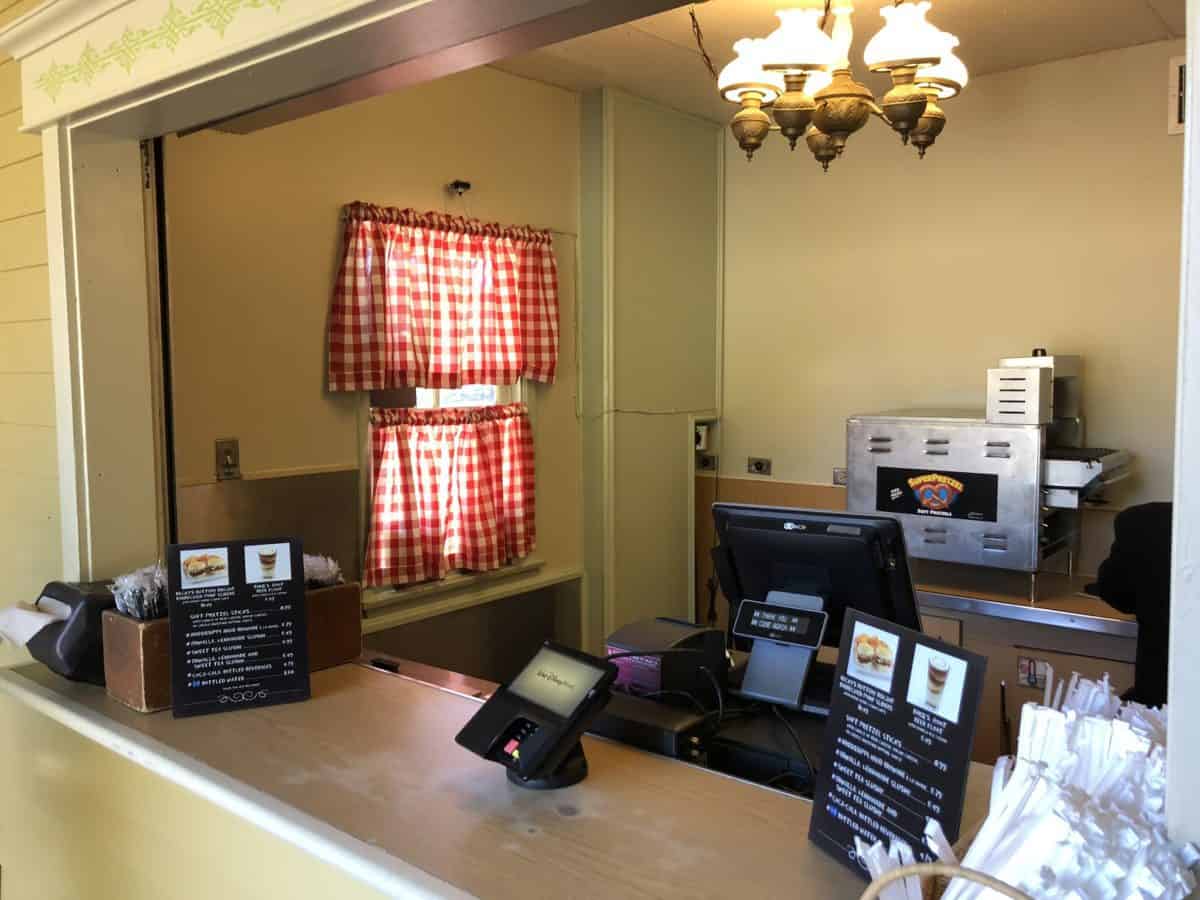 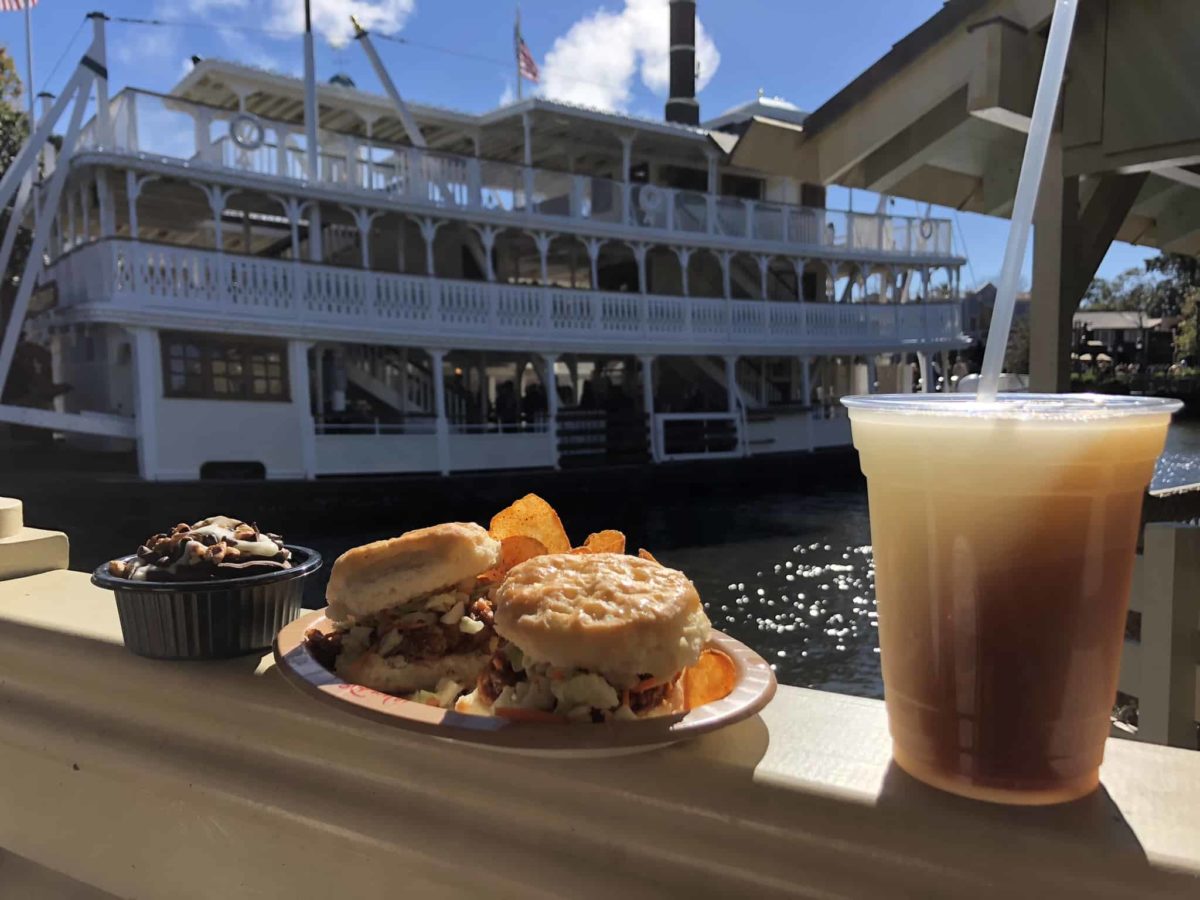 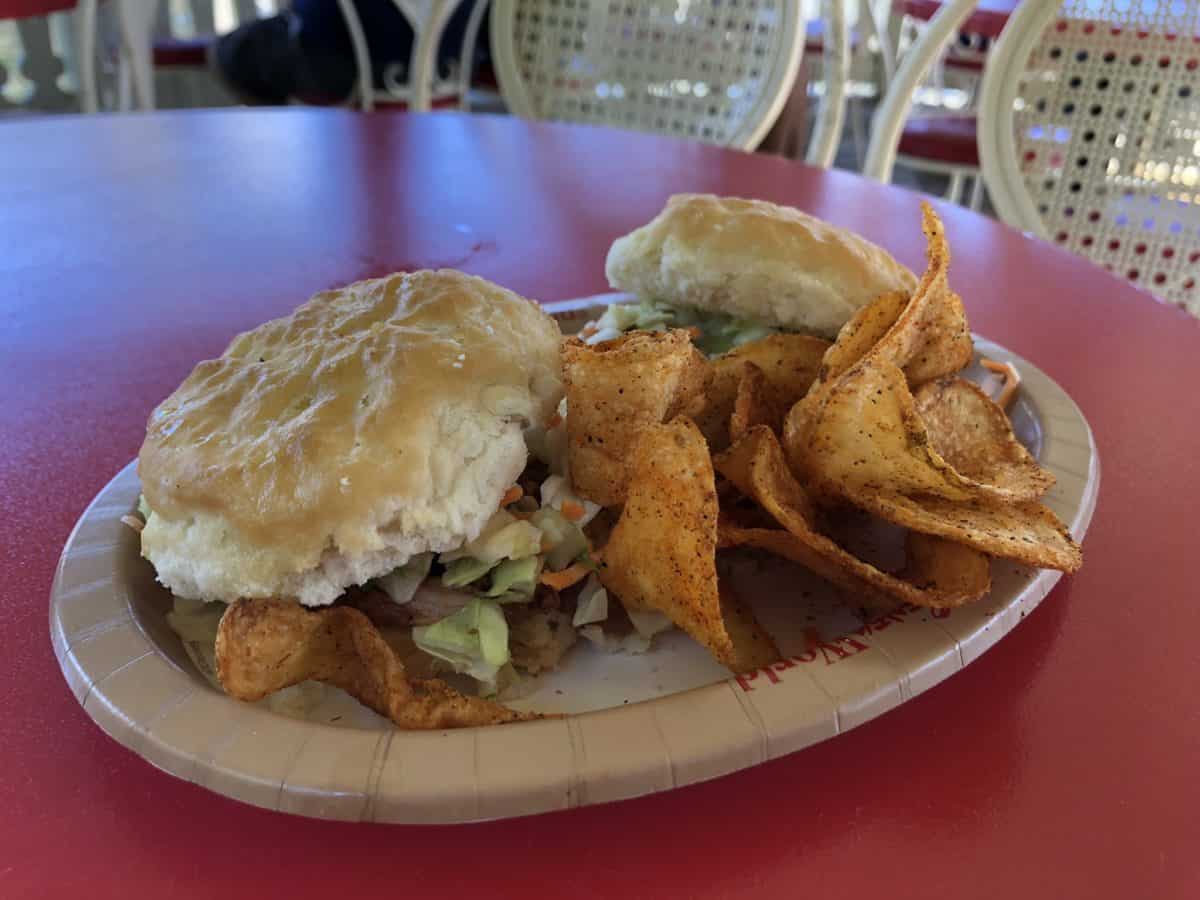 This seemed to be the main draw for a lot of people. Everyone in line got at least one order of sliders. Overall, they weren’t too bad. The barbecue pork had a good flavor, and it was consistent throughout the whole portion. It comes with coleslaw, which you can either get on the sandwich or on the side. Just put it on the sandwich, it doesn’t really have any flavor on its own. The biscuits were a little dry, but that’s about par for the course with “southern style” biscuits in my experience.

The chips were billed as “cajun” flavored, which I wouldn’t really say was accurate. It was more of a smoky barbecue flavor, with a little more kick than normal. Overall not a bad flavor, but I wouldn’t buy a bag of them. Obviously these were made in-house, but they were a little soft for my taste. I don’t know if they sat too long after being made or weren’t dried out properly, but they didn’t have the crunch I expect out of potato chips. 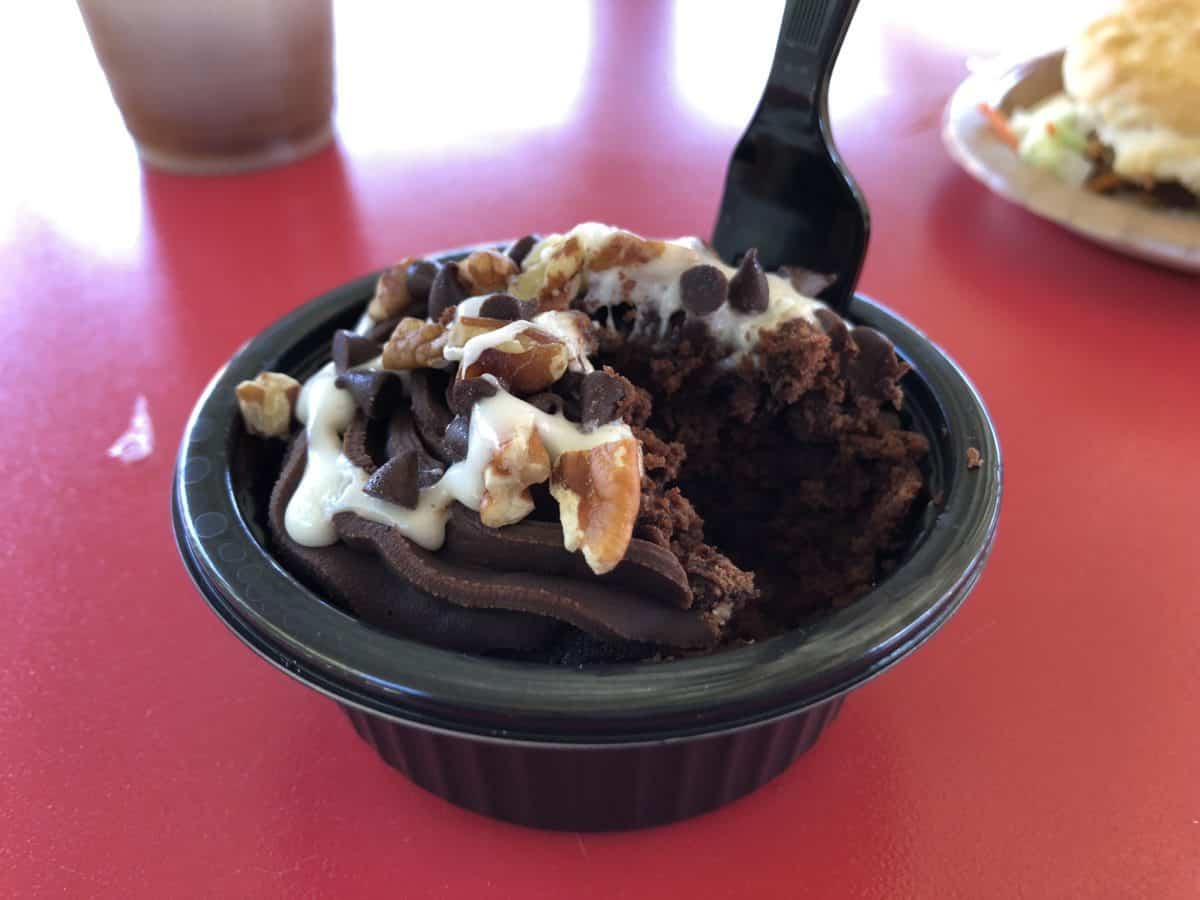 I know what you’re thinking: if it’s ‘A La Mode’, where is the ice cream? Good question. I asked at the counter if it was supposed to come with ice cream but no one had a good answer. I think the frosting is supposed to fill that role in theory, but it seemed especially odd considering they had ice cream for the root beer floats. I shouldn’t complain too much though, because it was a really solid brownie. It was served at room temperature, which was fine, though I would have preferred it warmed up. The flavor made up for the lack of ice cream or warmth. It had almonds on top and throughout, and frosting on top. By Disney Park brownie standards, this is one of the better ones. 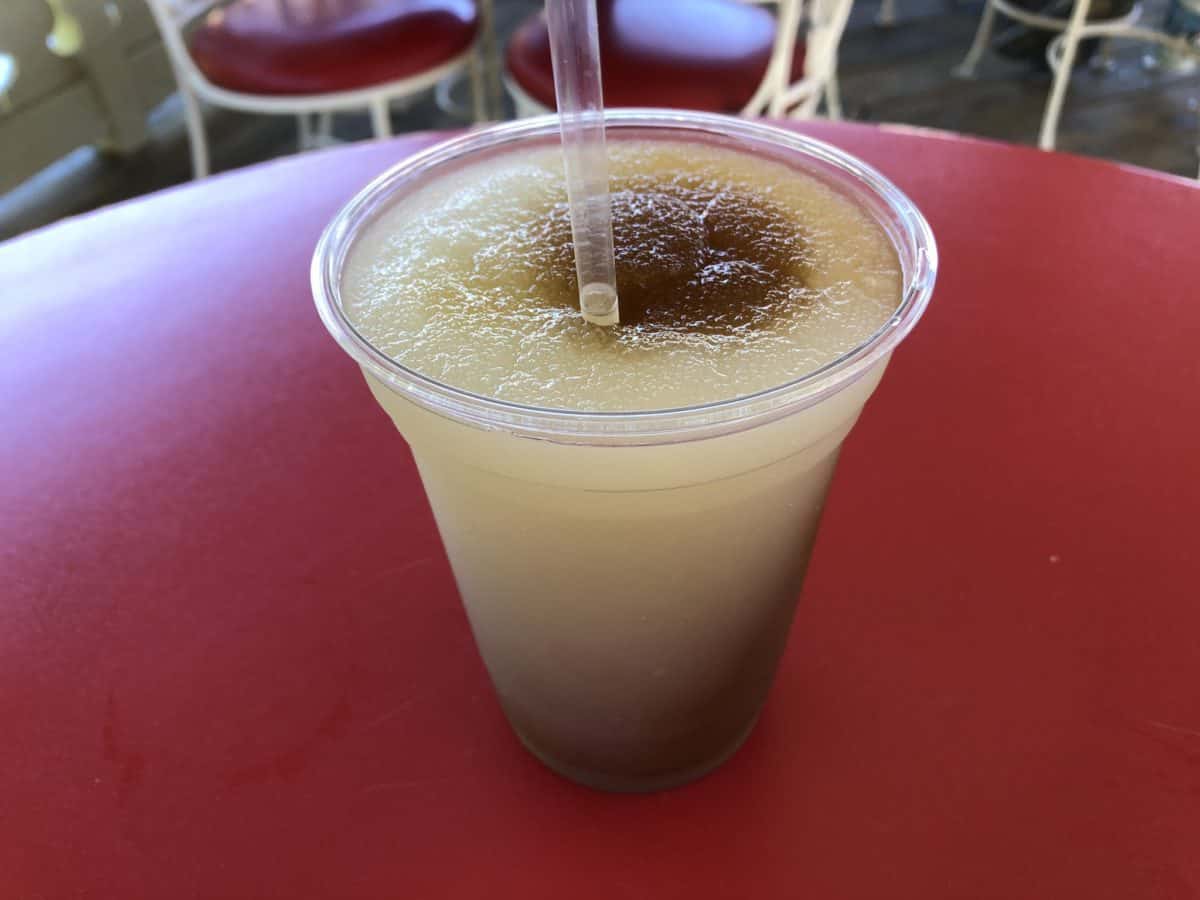 This slush is pretty straightforward, but I really enjoyed it. It’s a mix of the standard Disney Parks frozen lemonade, along with a frozen sweet tea. If it were a hotter day this would have been perfect. You can also buy these individually (just lemonade or just tea), but I wanted to try the combination. Arnold Palmer would be proud. 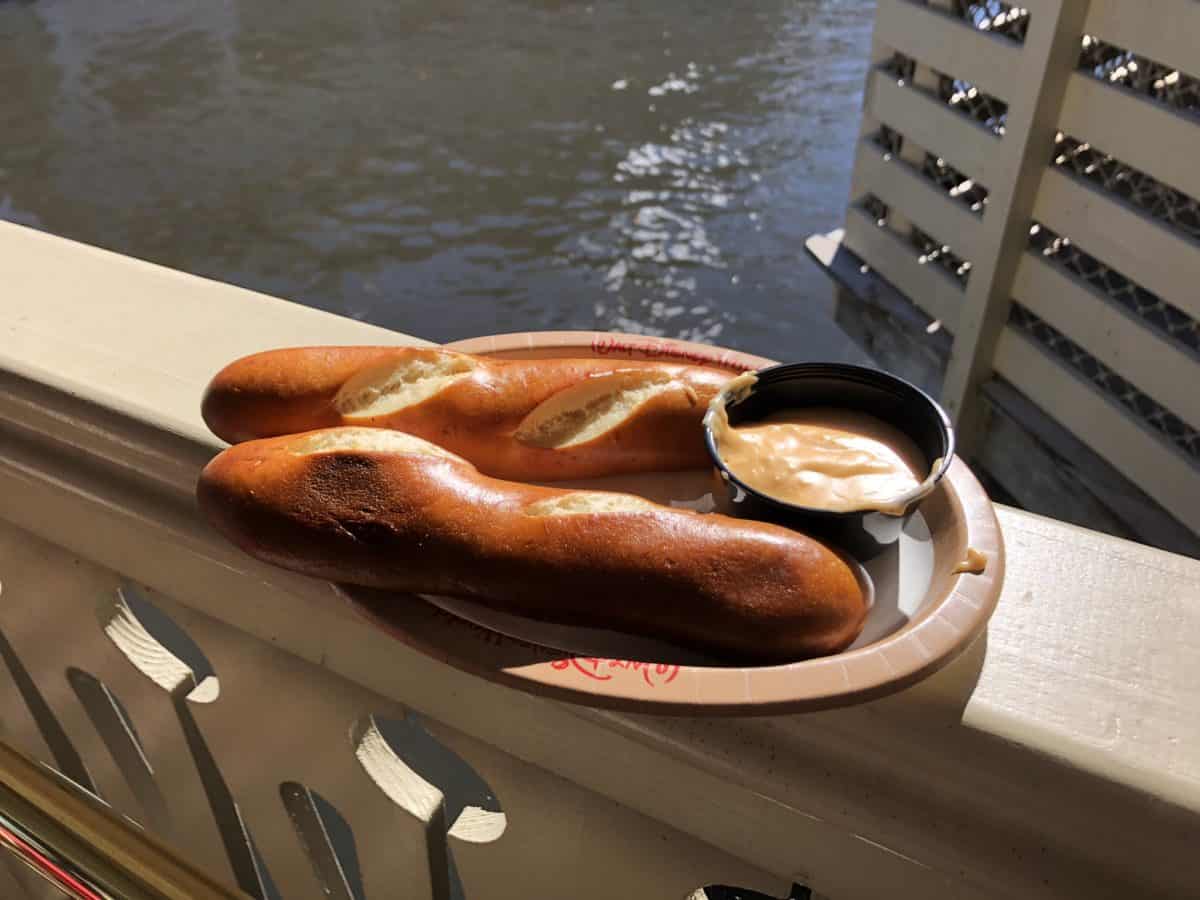 These come with your choice of beer cheese, nacho cheese or creole mustard. I opted for the beer cheese, and it didn’t disappoint. They call these pretzel sticks, but they’re more like bread sticks made with pretzel bread. As you can see in the photo, there is no salt anywhere on the pretzel. This actually wasn’t an issue, because the beer cheese really carried all the weight. The pretzels were soft and warm, and the beer cheese was nice and hot. This was the highlight of my experience here. I would buy these again.

They also had a root beer float on the menu ($5.49), which I did not get. It was literally just a scoop of hard-pack ice cream and a can of Barq’s root beer. I’m sure it was good, I don’t think you can go wrong with that recipe. It was just too cold this morning for ice cream!

Aunt Polly’s will be open just for the holidays, December 22nd through January 5th, 11 am to 3 pm. It’s not a lot of time to try some of these, so go hop on a raft and check it out.