Construction will pretty much be a constant in Epcot for the next few years. One of the current projects is preparations for the new nighttime show that will replace Illuminations: Reflections of Earth in World Showcase Lagoon. Here are a few updates on that ongoing construction work since we last told you about it. 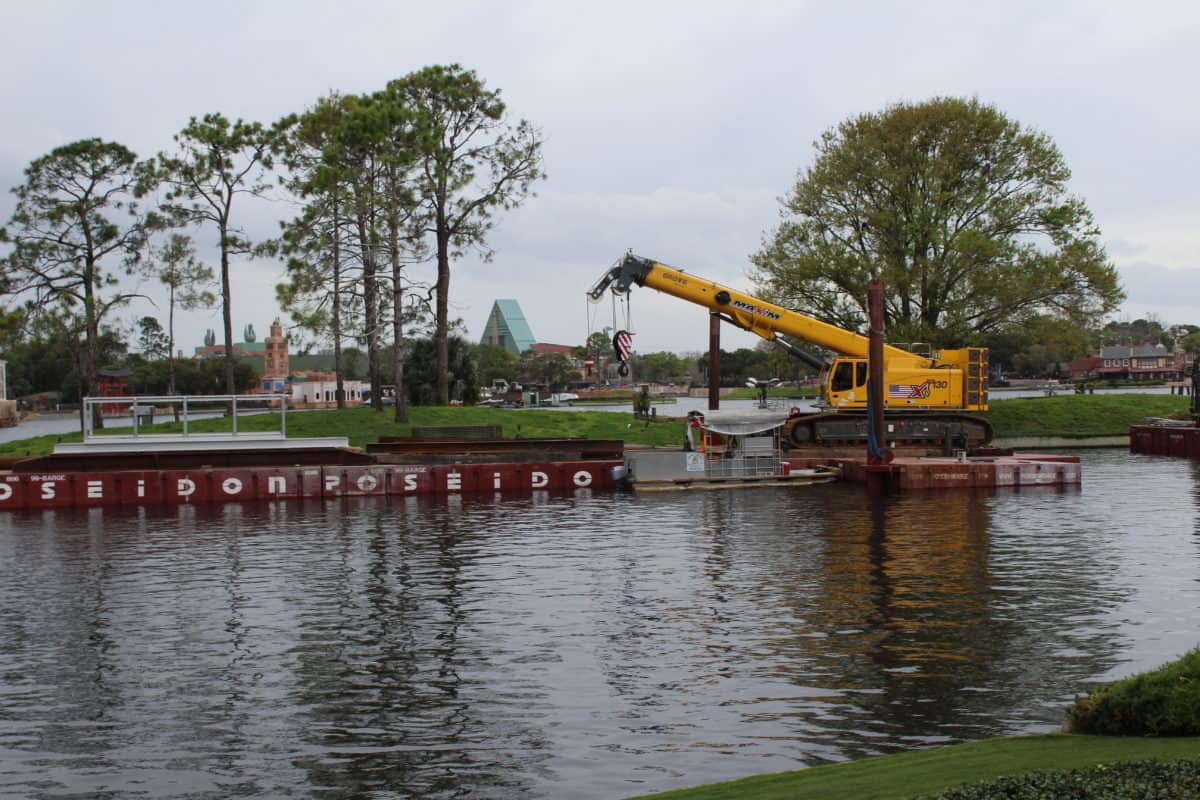 This crane has been here for quite a while now. I have yet to see it actually do anything, but I’m sure it’s there for a reason. The island it’s situated next to doesn’t appear to have had much work done to it yet. 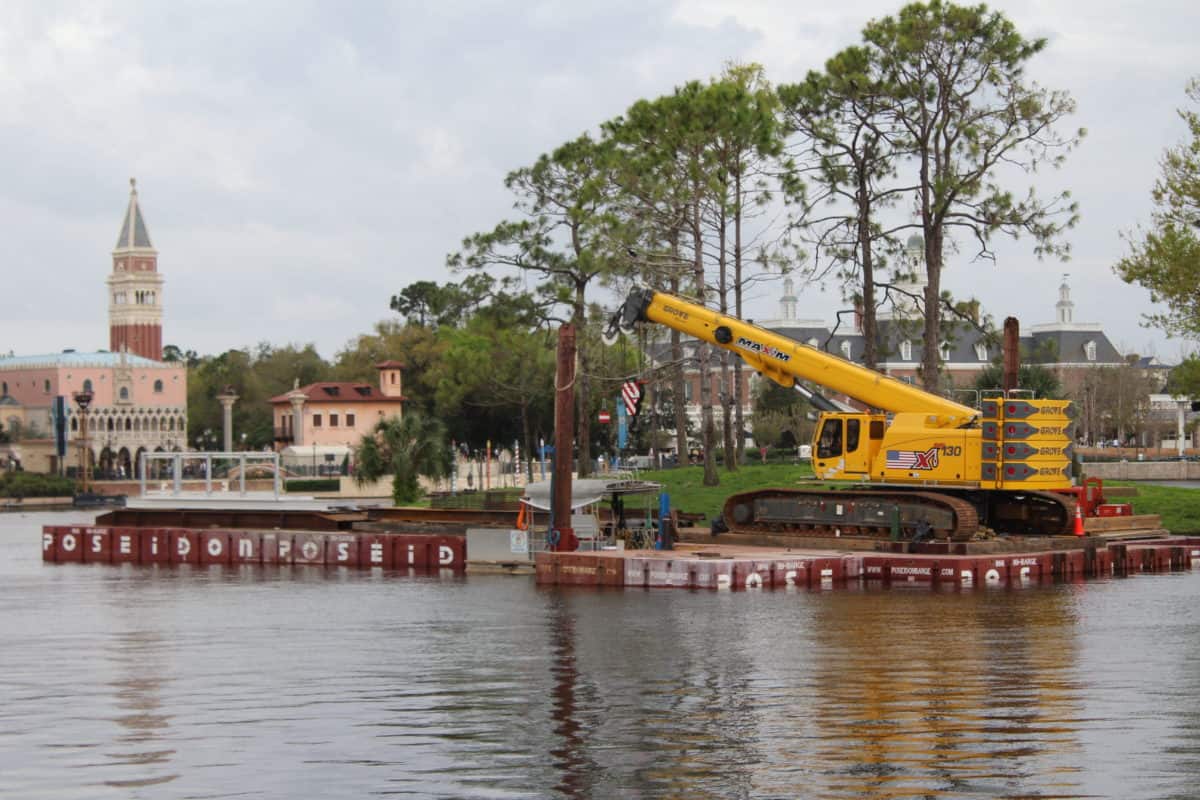 It makes quite an impression from China. It’s all I ever notice when I walk by. 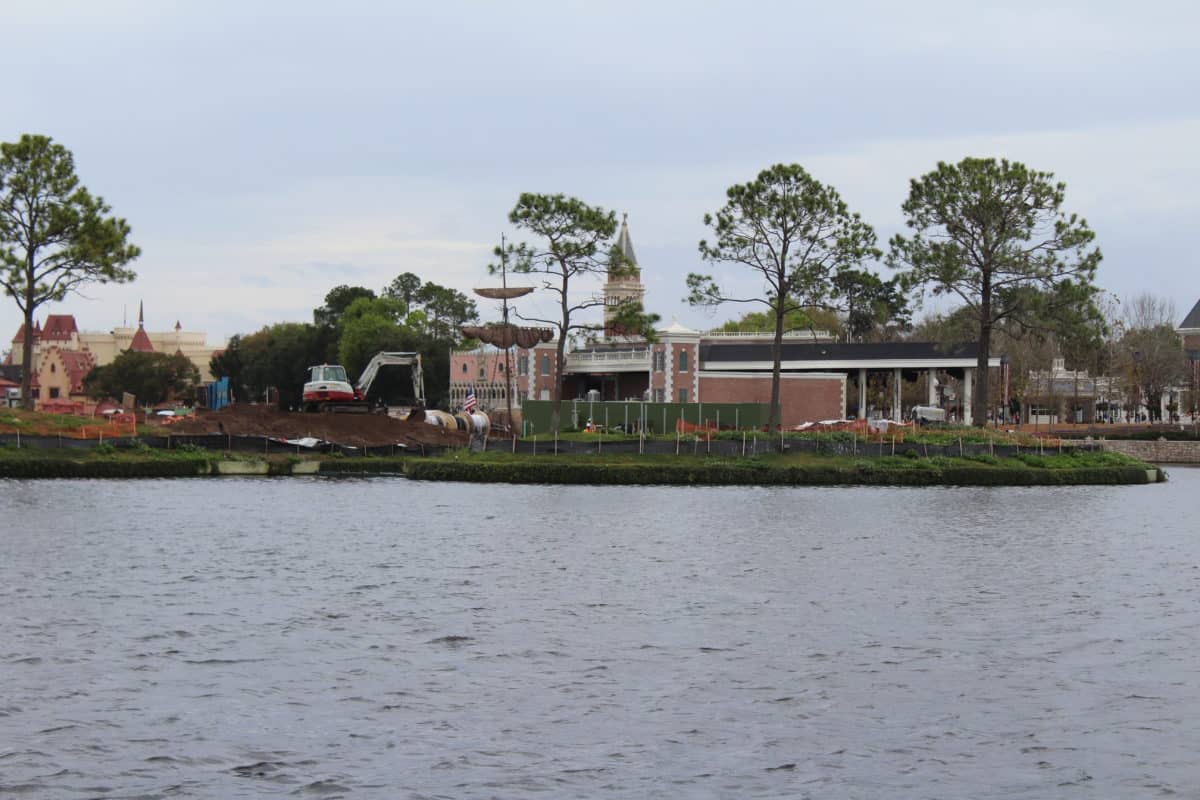 The most interesting thing so far is this cinder block structure that went up within the last few weeks. They just painted it “go-away green” the other day, to try and make it blend into the grass. 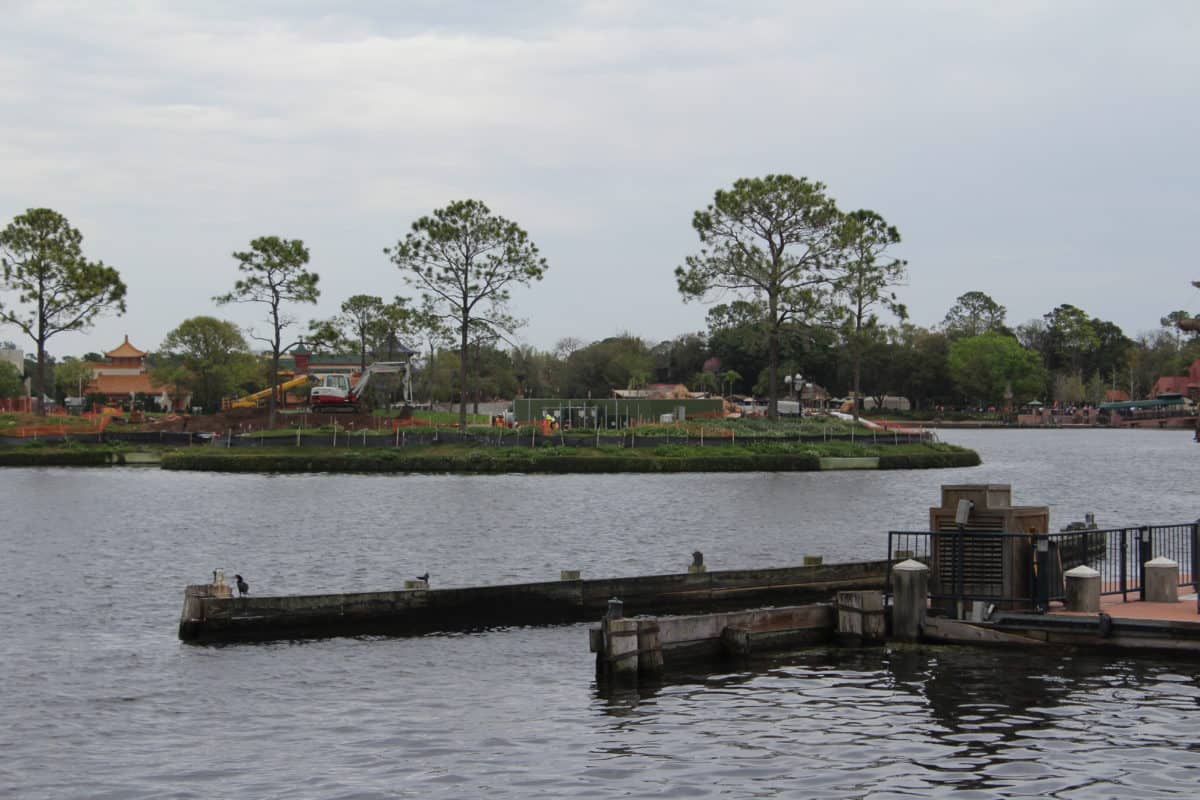 There’s a lot of work going on around the building as well. Dirt is being moved, poles are being buried in the ground, et cetera. 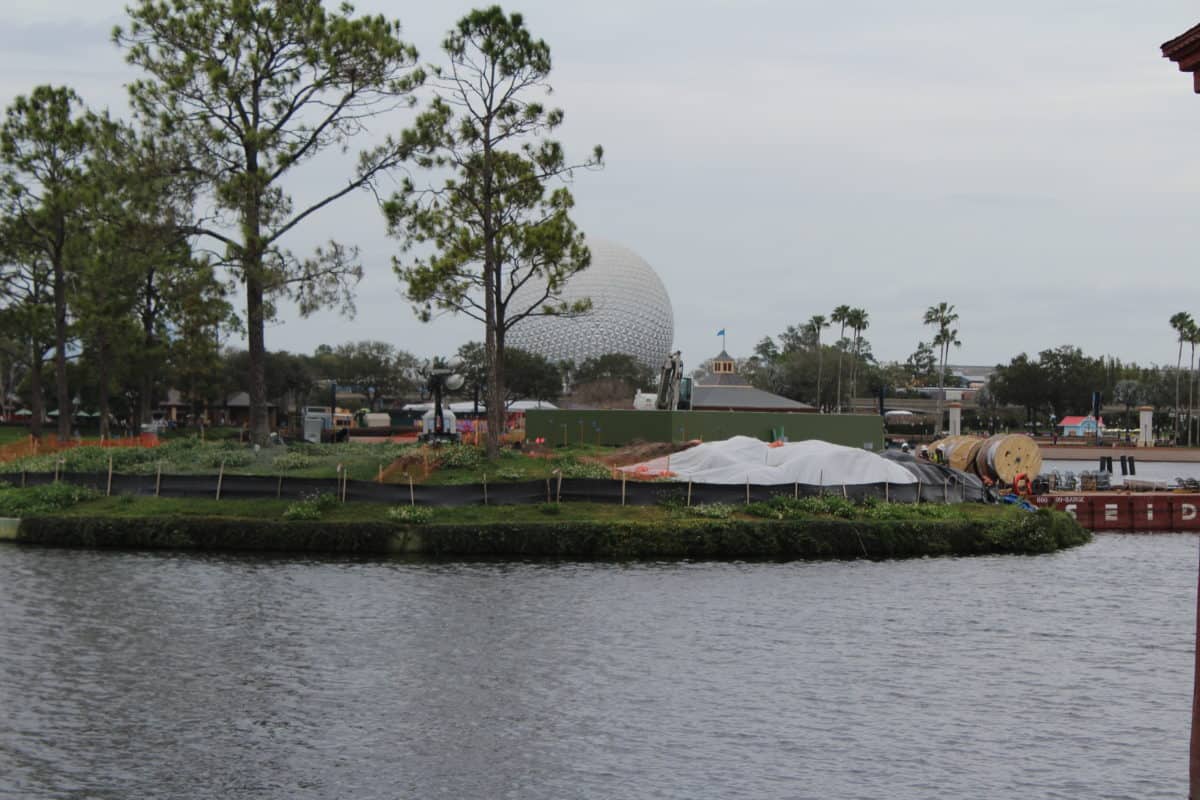 They also had a barge parked here with very large spools of wire. Electrical work, possibly? 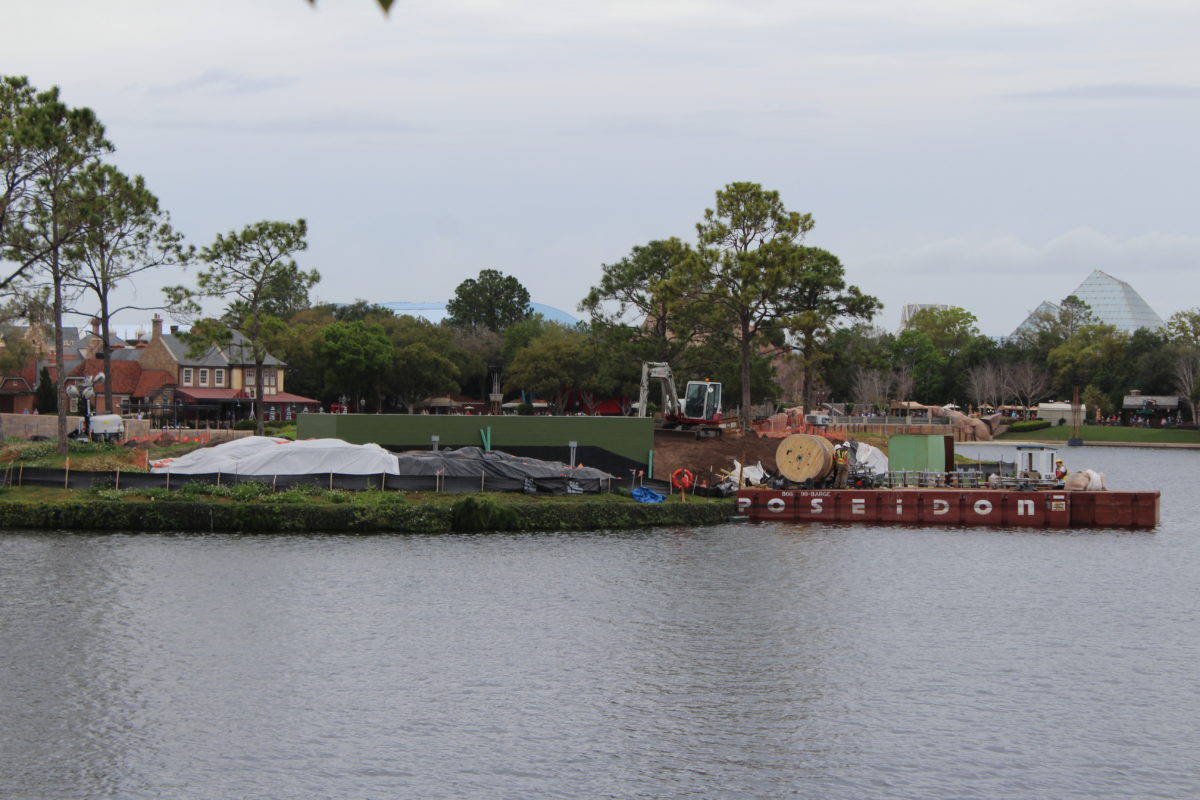 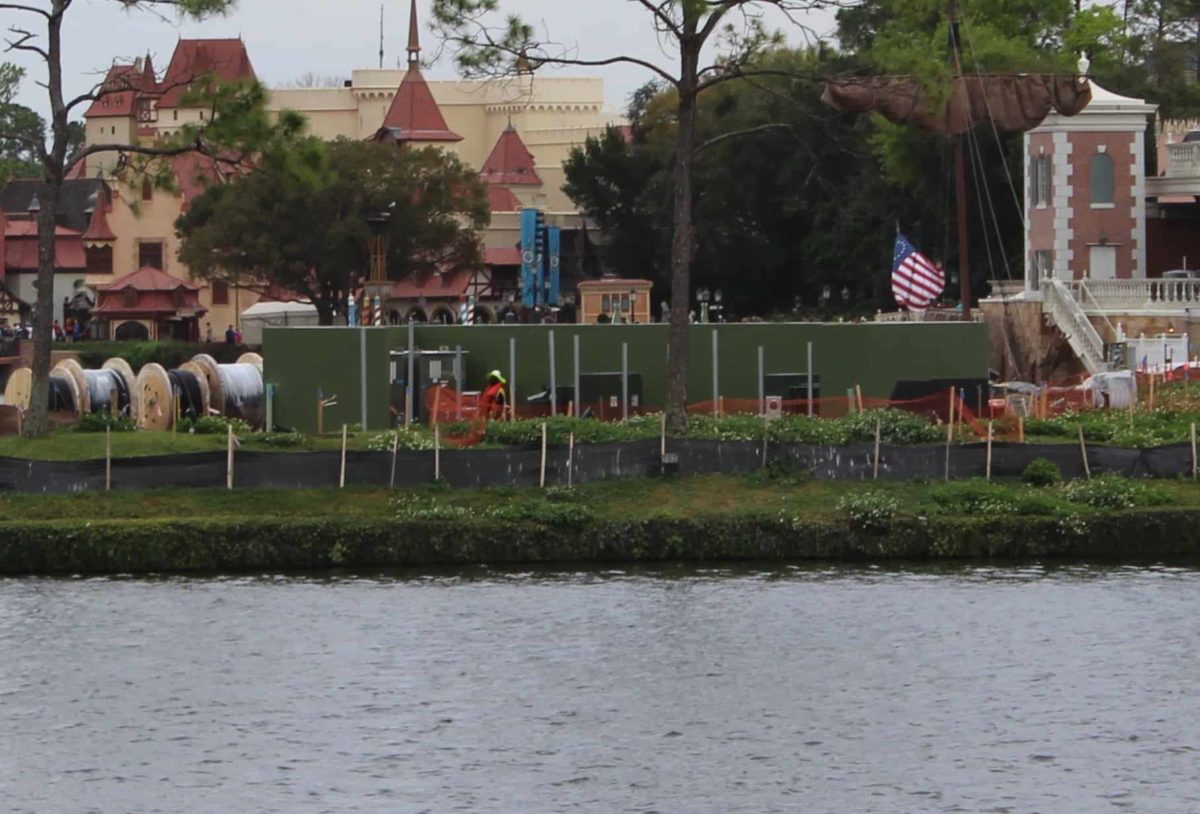 From one angle, you can see inside the structure itself. It’s only about 3/4ths closed off, with one side left wide open. Inside, next to the workers, you can see large electrical boxes. This looks like it will be a big part of the electrical components of the new show. 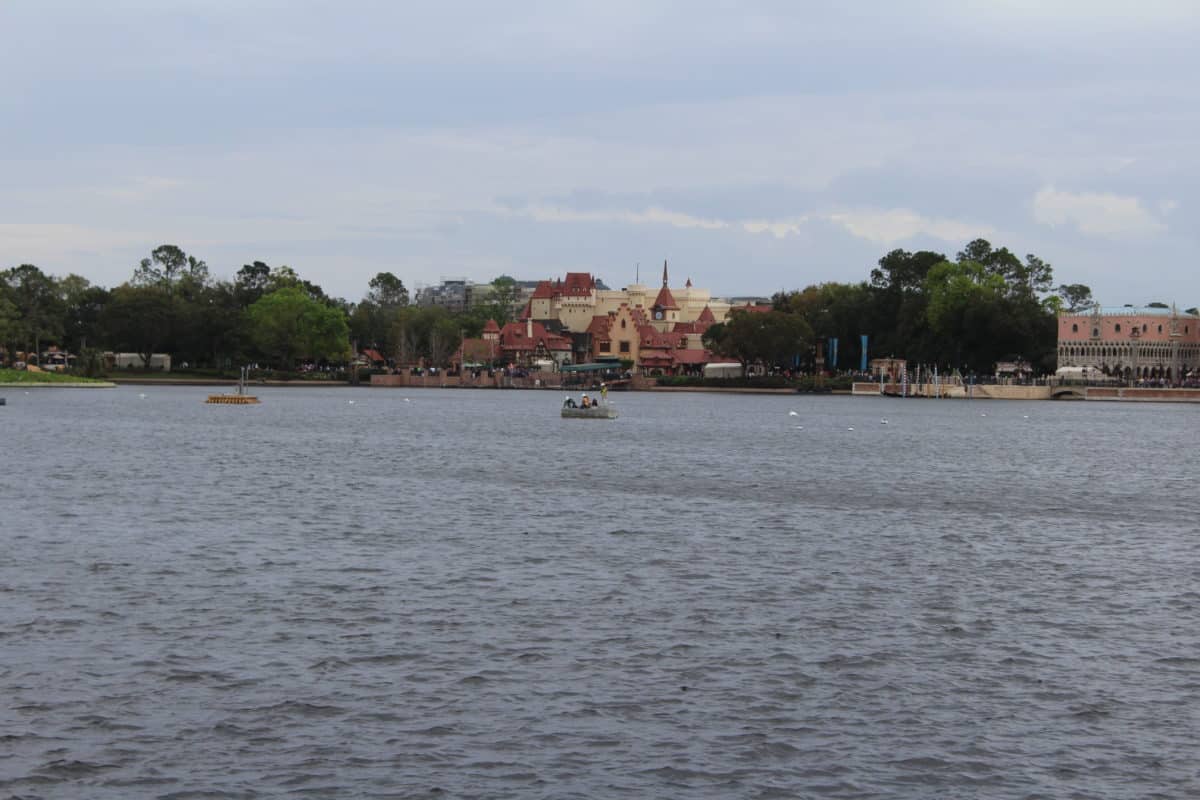 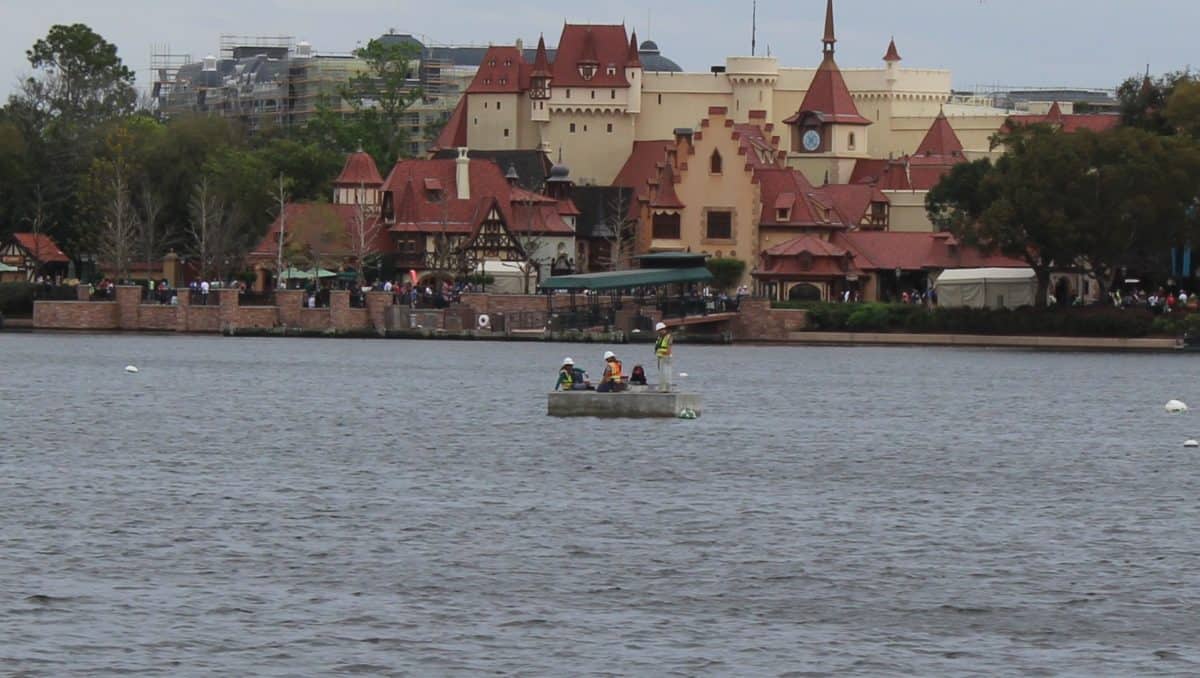 I also saw these workers way out in the middle of the lagoon on this tiny concrete block.

Previous
PHOTOS: Even More Merchandise from the Happiest Place On Earth Collection at Disneyland Resort