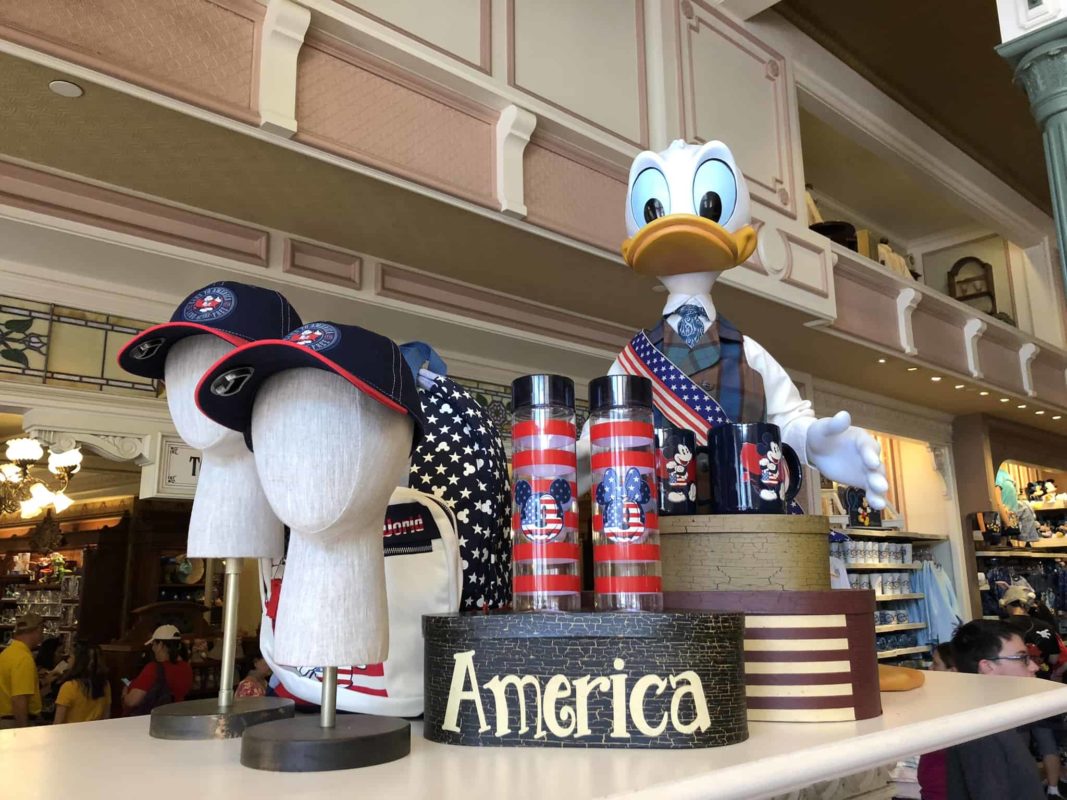 There’s always something happening in the Magic Kingdom. Let’s see what’s in store for us today! 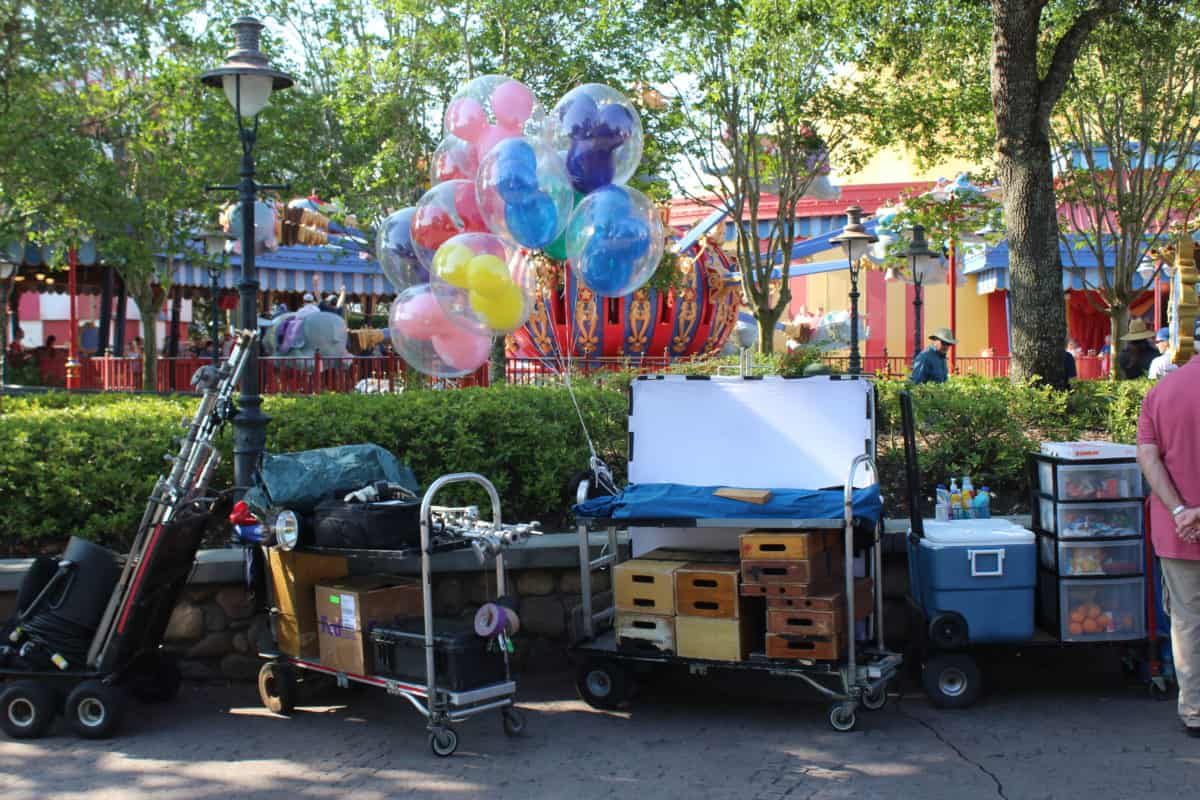 They’ve been doing some promotional photo shoots over the last week or so. Last time we saw them, they were doing a shoot for the new Junk Food clothing line. Today though, was something a little more special. 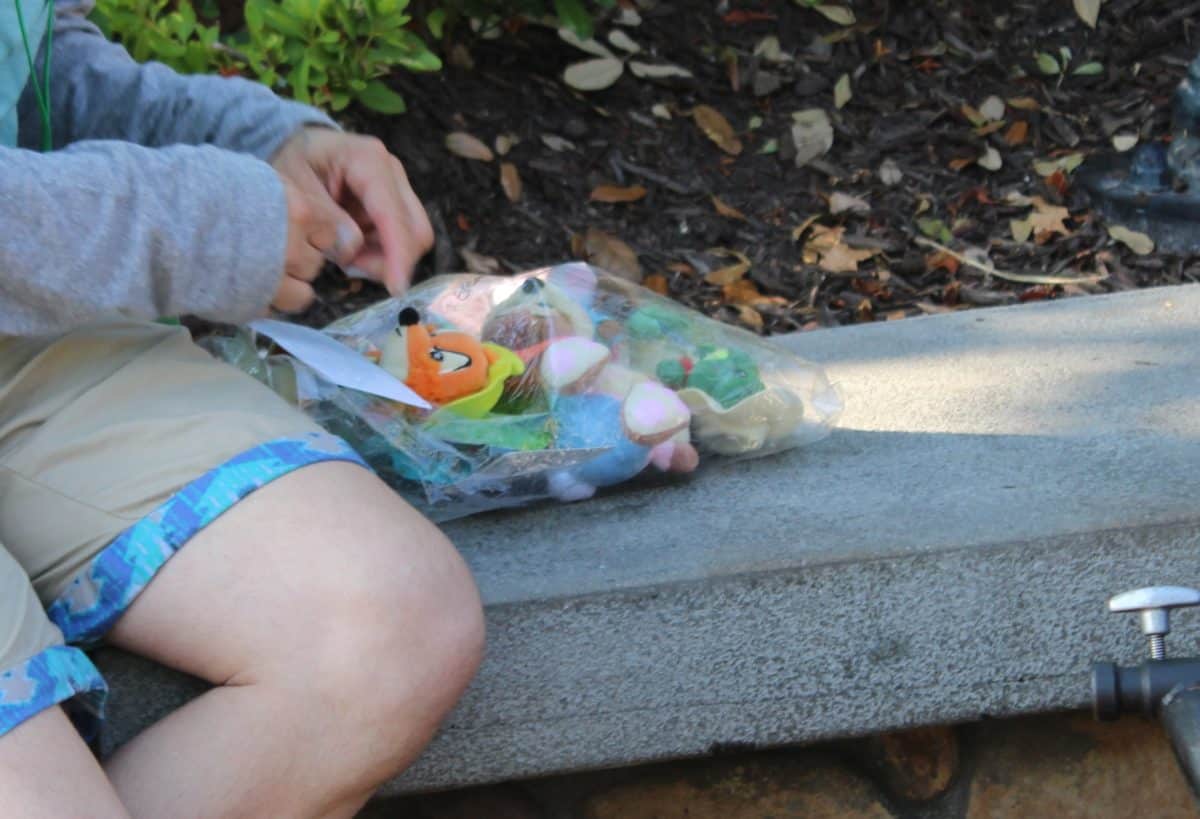 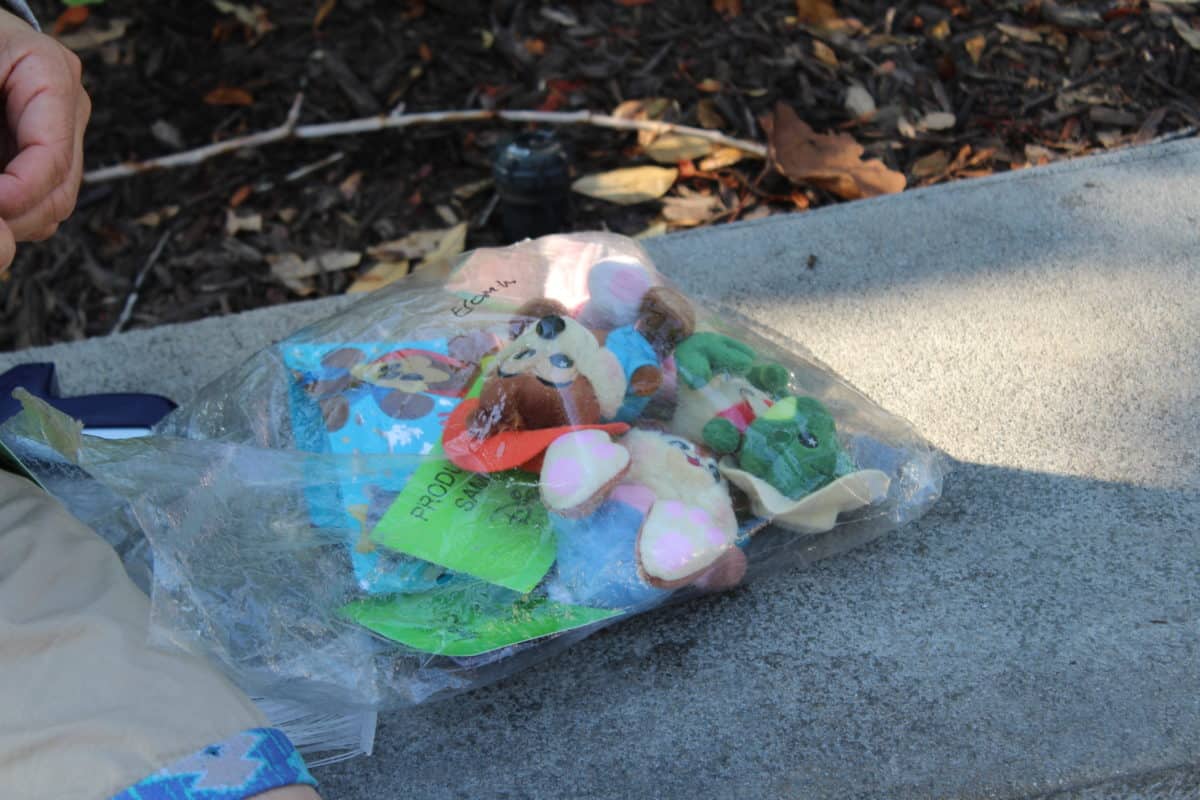 Brer Fox, Brer Bear, Brer Rabbit and one of the alligators. The question is, though, does the Brer Bear Wishable have a tail? No word on when they’ll be released to the public. 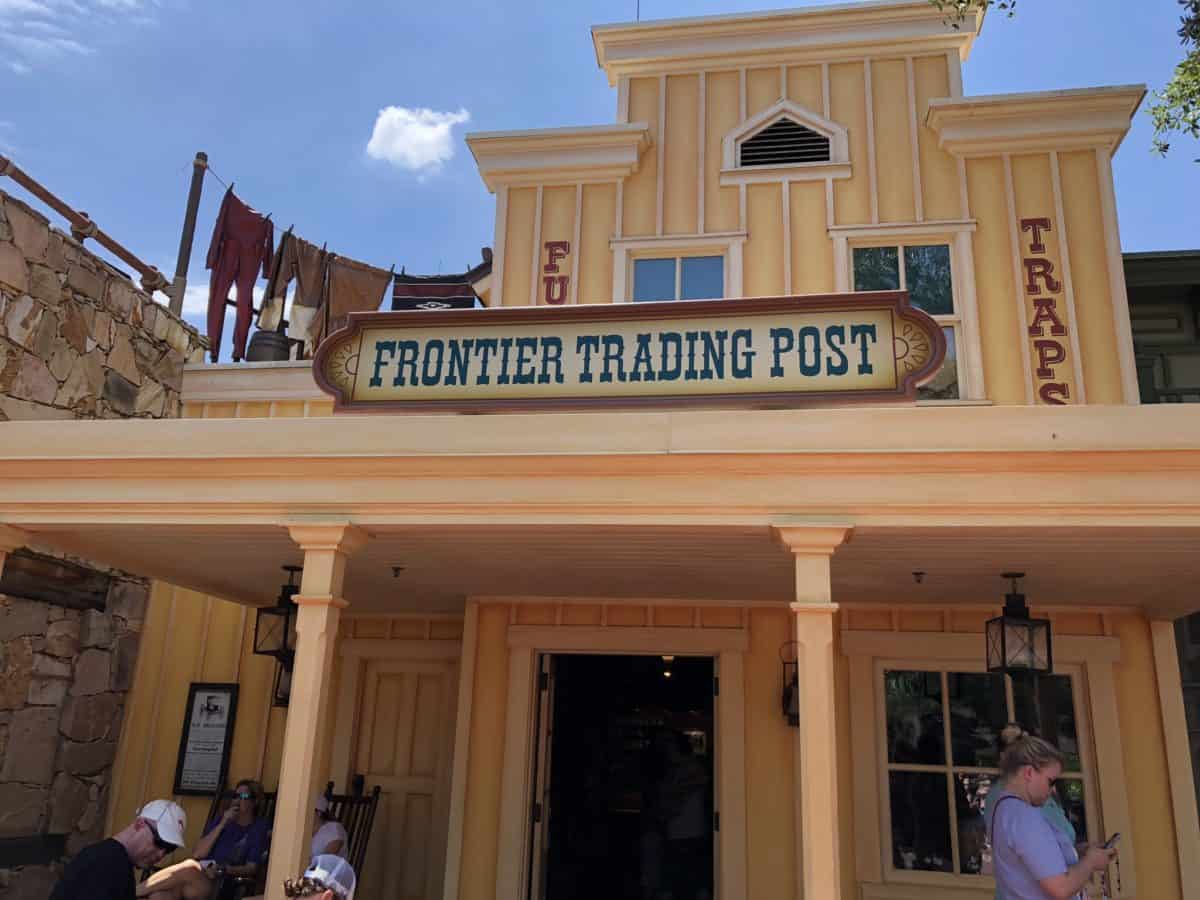 Over in Frontierland, if you wander into town at the right time, you might come across a pin trading event of sorts. 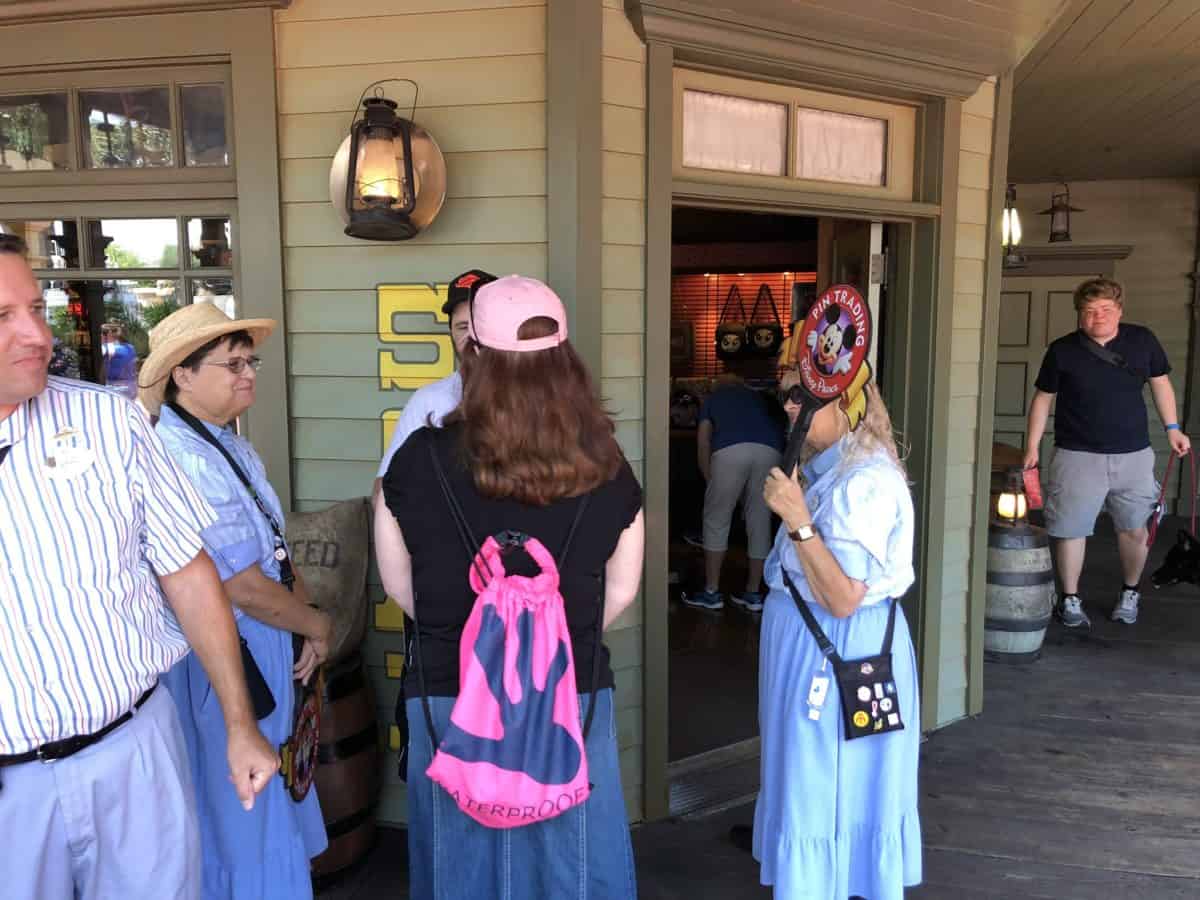 Just look for the cast members with the pin trading signs. 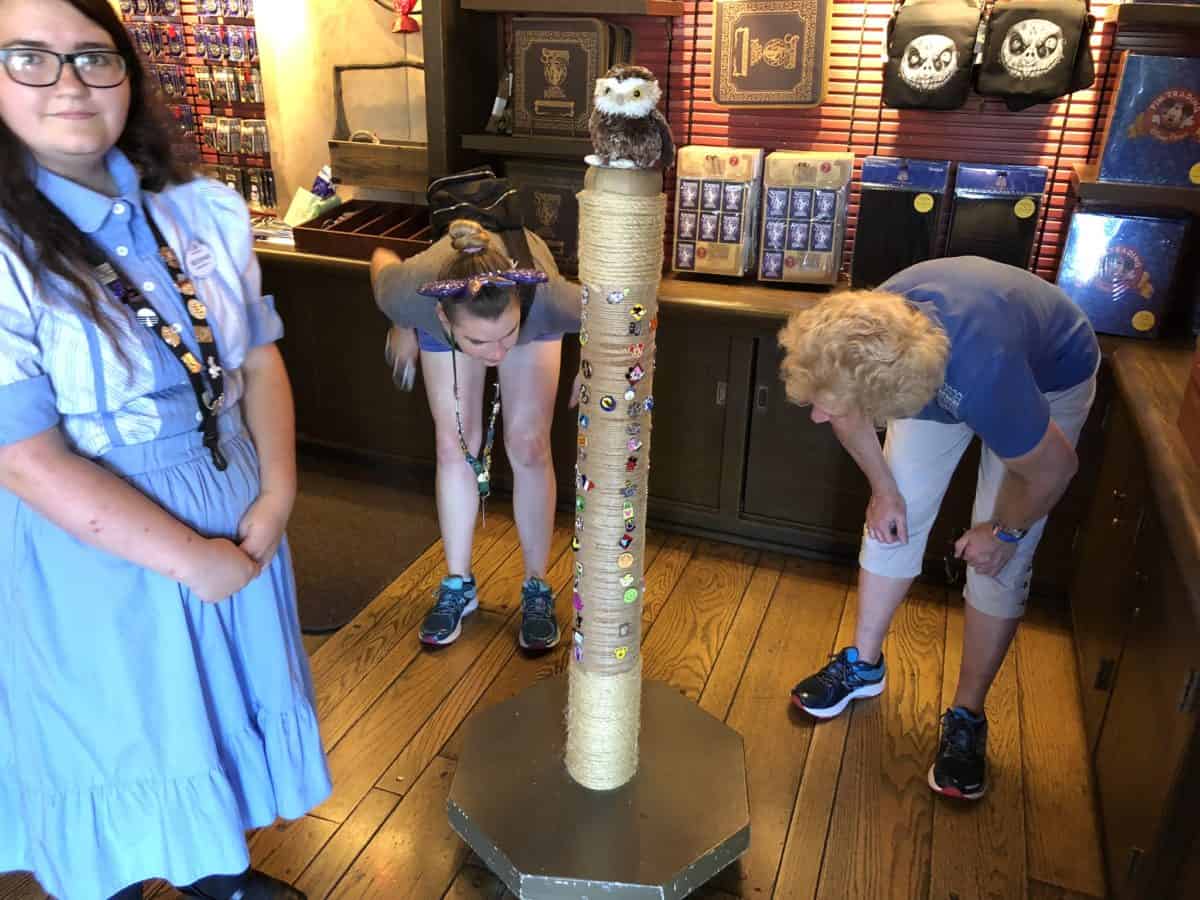 It’s the Frontierland Pin Trading Post! Get it? You never know what pins you’ll find here, so definitely give it a look if you happen by. 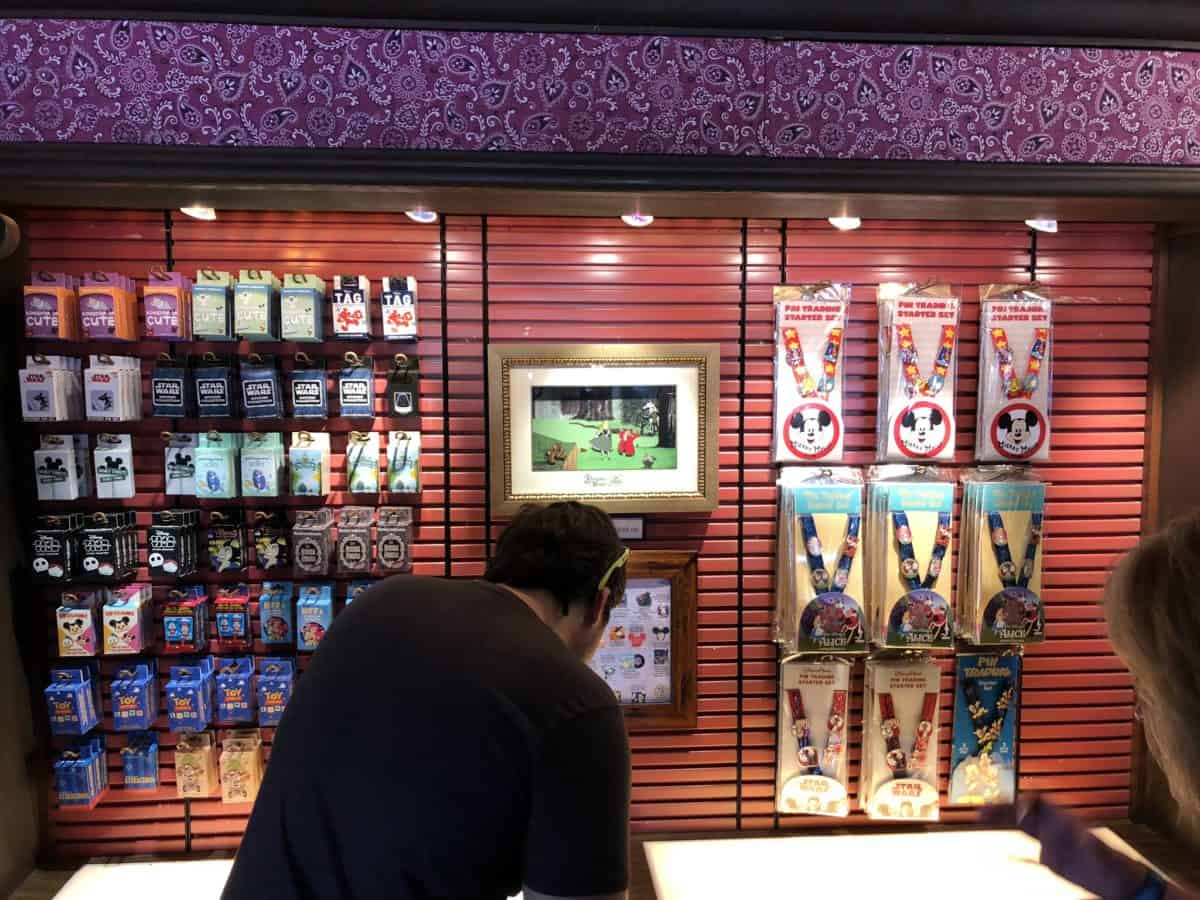 I also noticed that they moved the limited edition pins. They used to be on this wall. 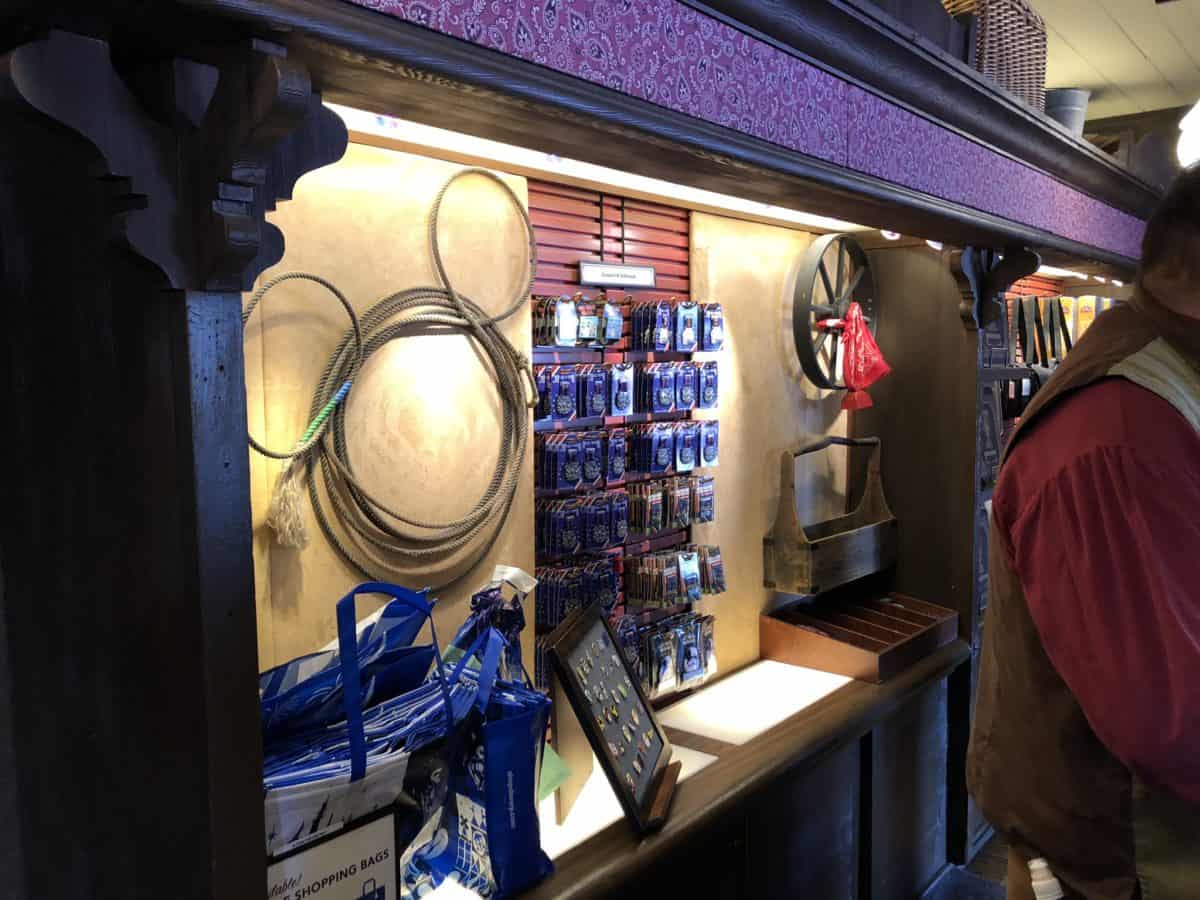 Now they’re behind the counter. 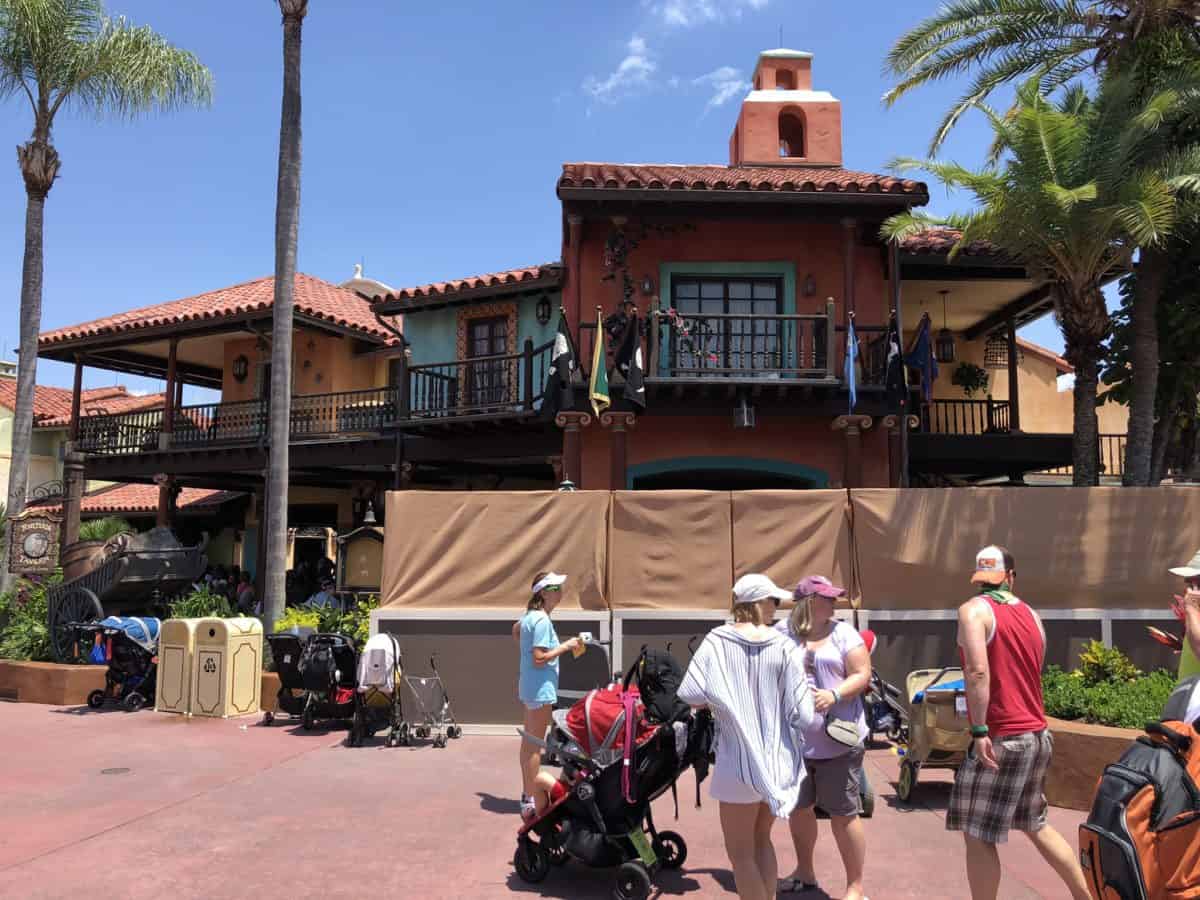 While the Tortuga Tavern is closed for a refurbishment, you may be thinking to yourself, “but where will I find the beloved Pepper Jack Pretzel?” 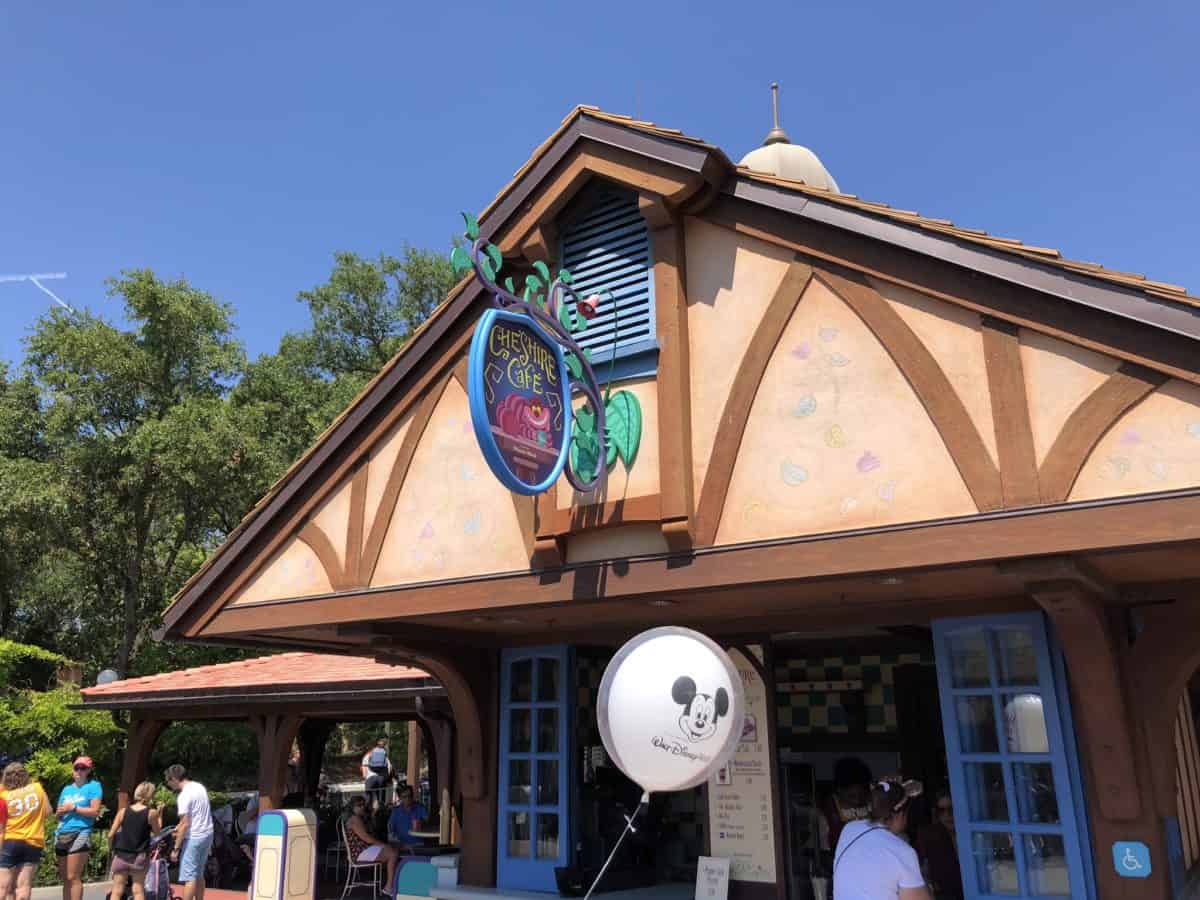 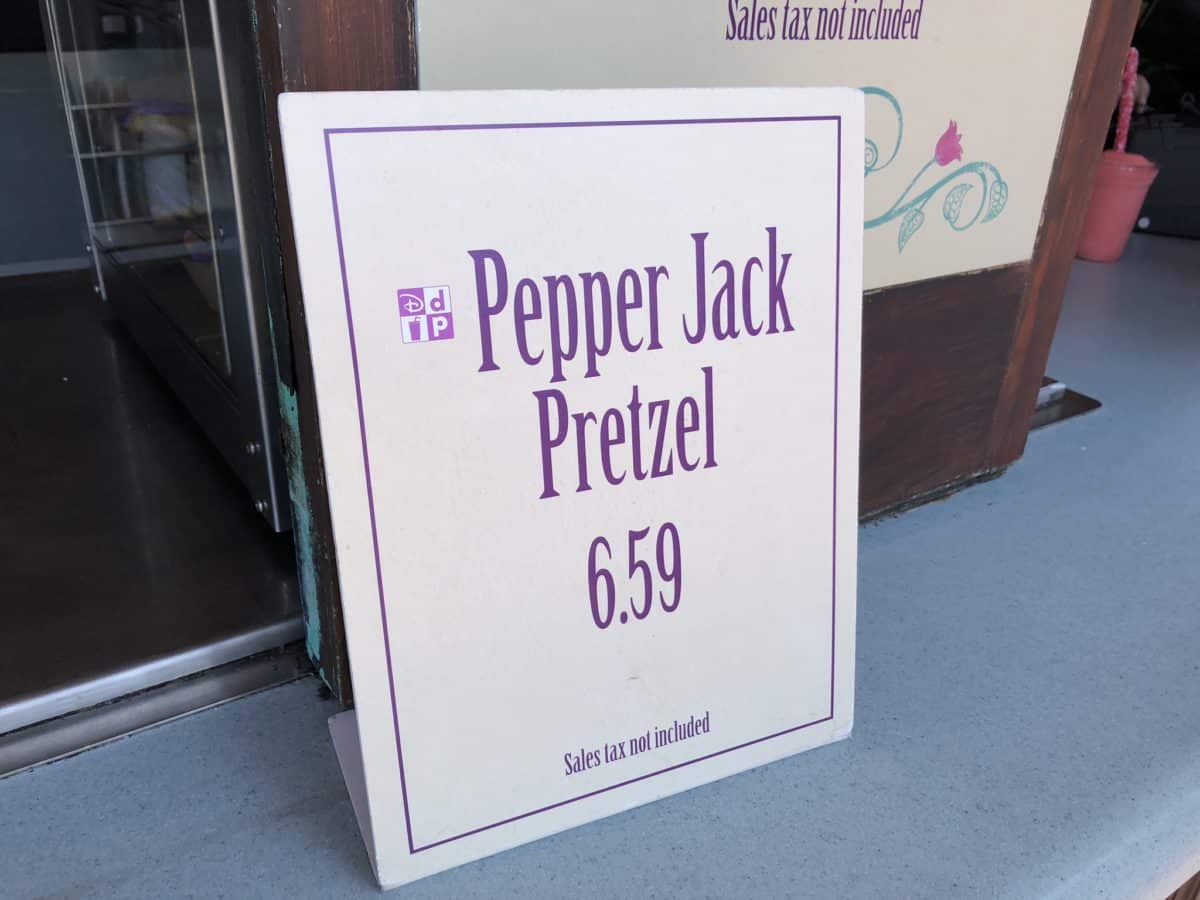 You can currently find it at the Cheshire Cafe (just across from Cosmic Ray’s). If you’re keeping track, this is something like it’s fourth home in the last year and a half. 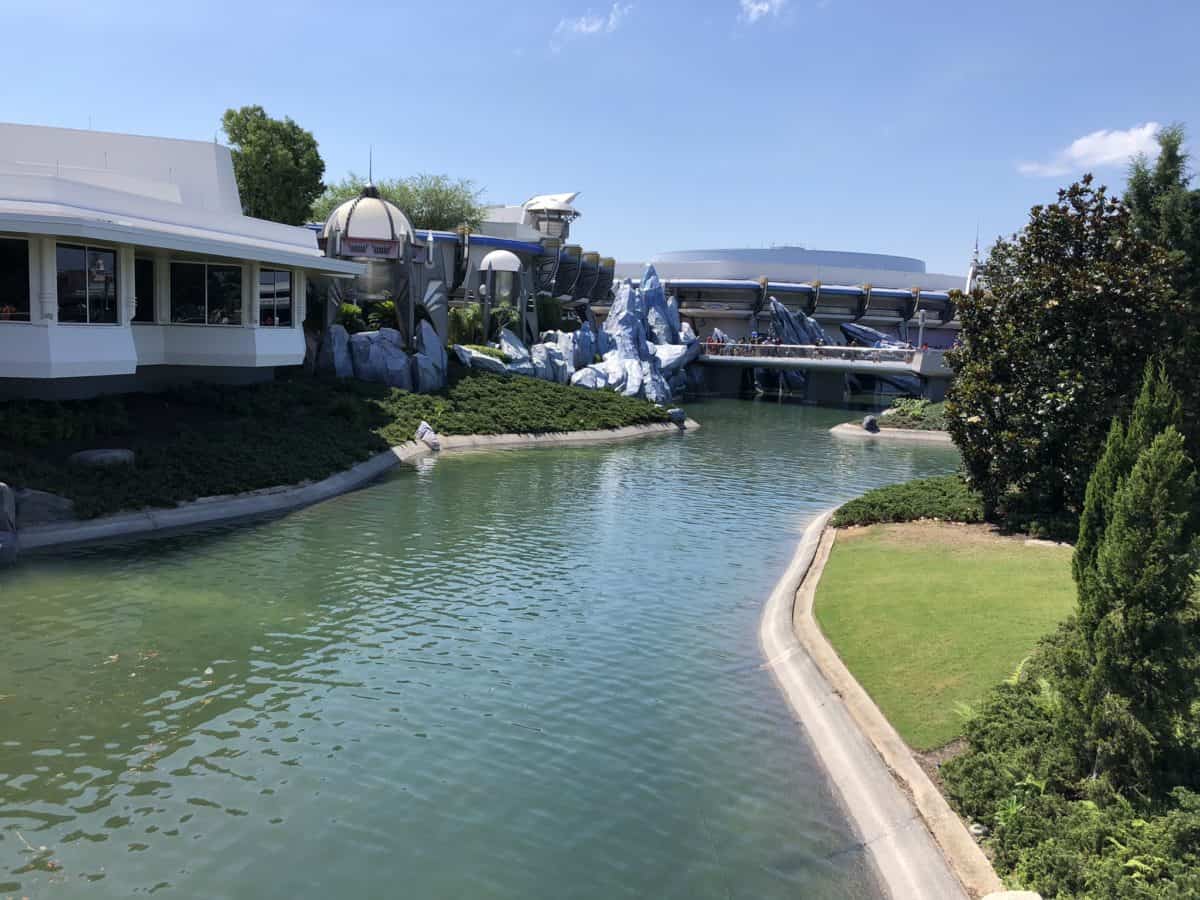 The moat is back! Well, partially. The north-western corner of the the moat is still drained for the castle pathway expansion project, but the rest of it was refilled today. 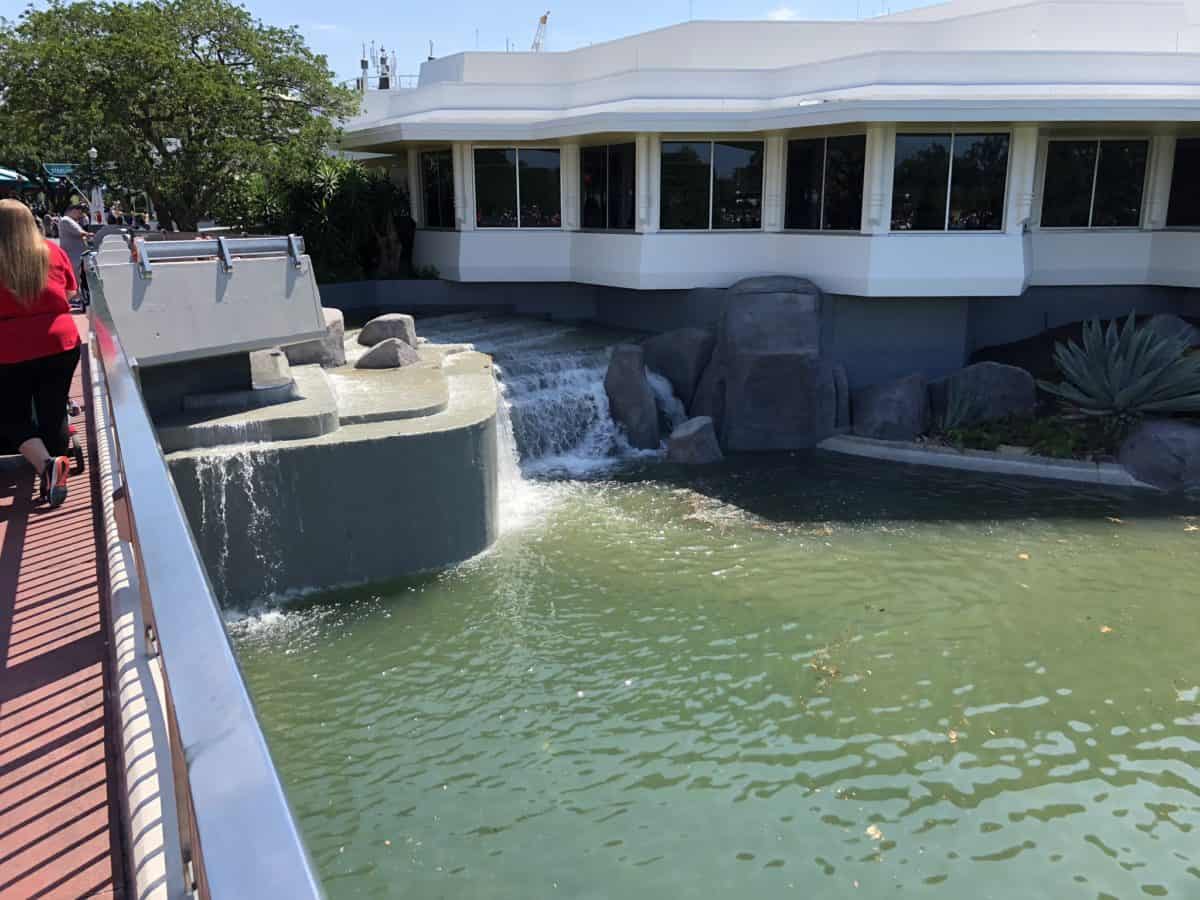 The Tomorrowland waterfalls are running again, as well. 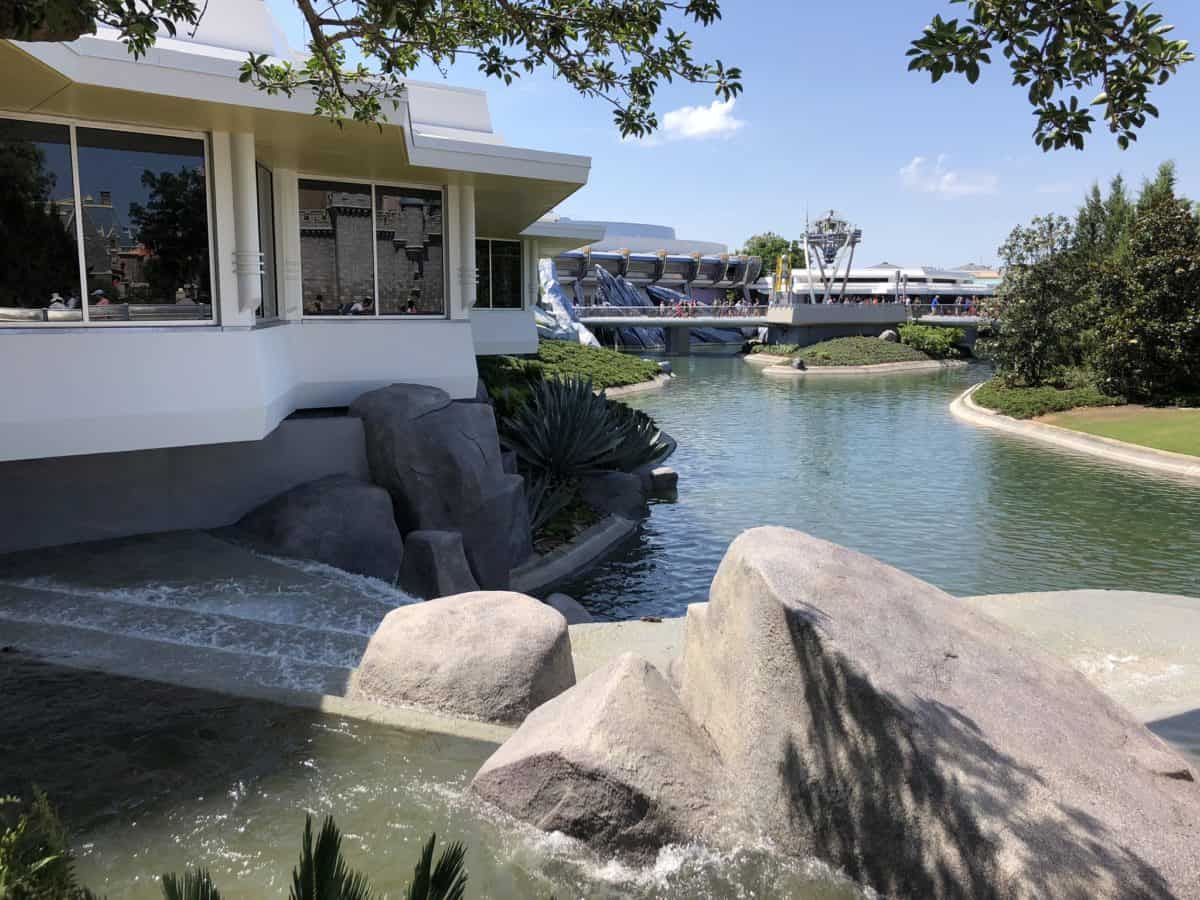 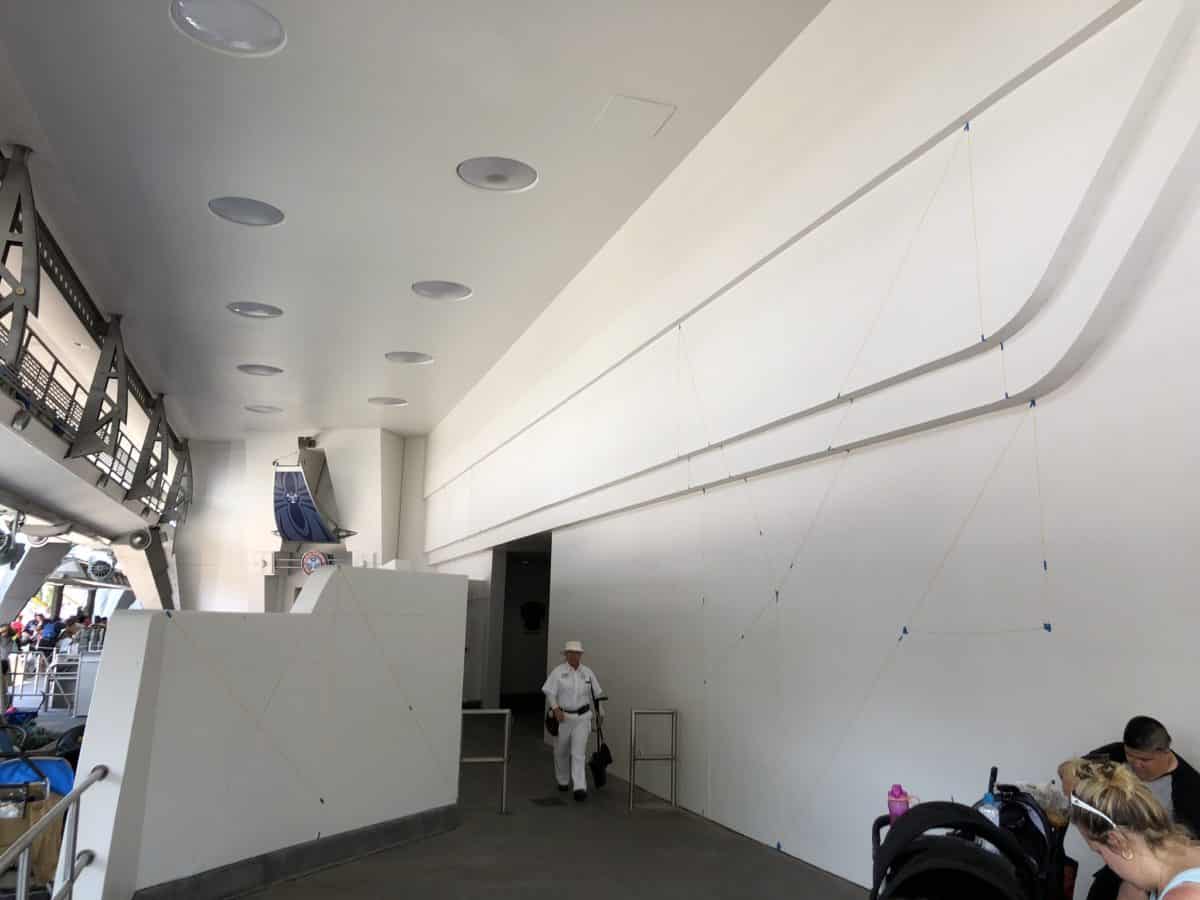 On the other side of Cosmic Ray’s, where Stitch’s Great Escape used to be, we noticed some paint work going on. They white-washed this whole wall the other day. We were worried that it was going to stay that way. 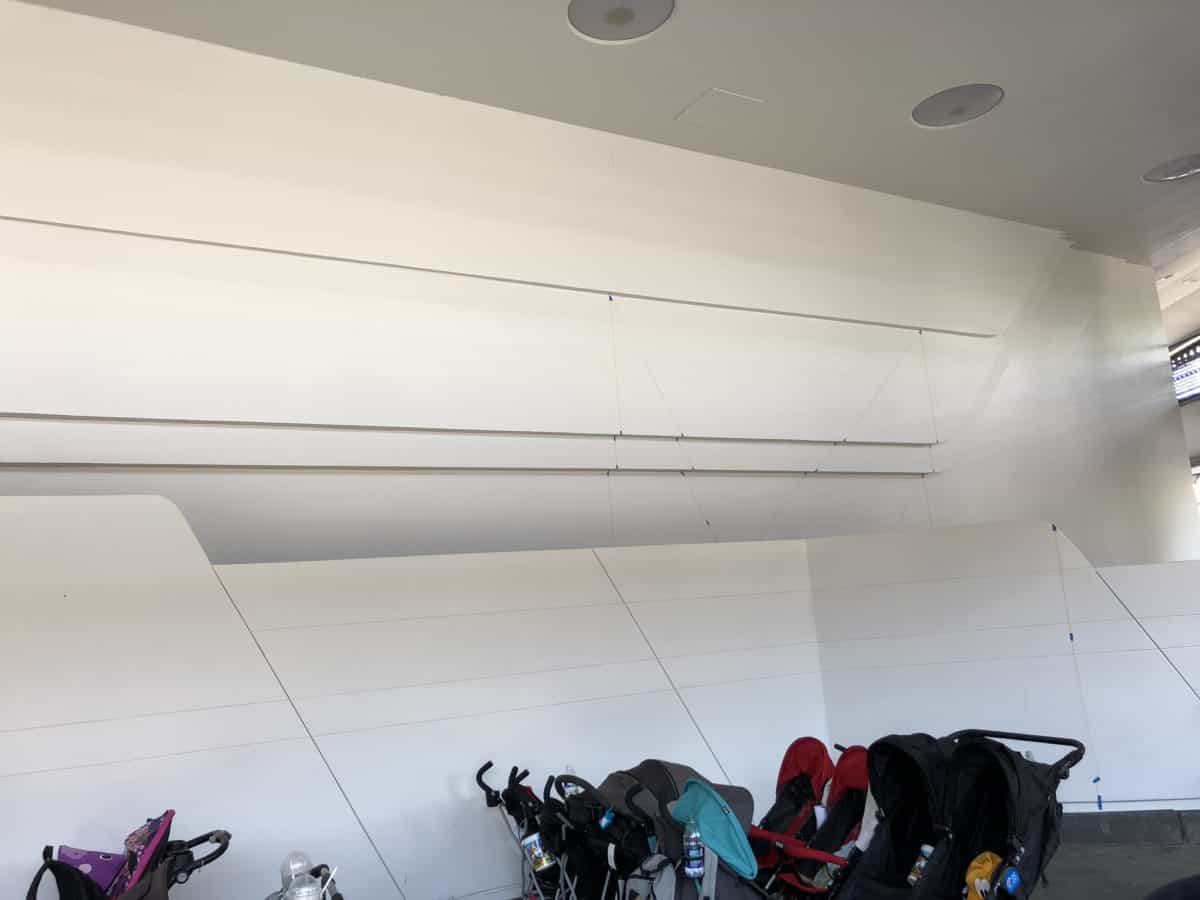 Looks like they’ve got it marked for more paint. Any bets on what color they’ll add? I’m gonna say…red. Just a hunch. 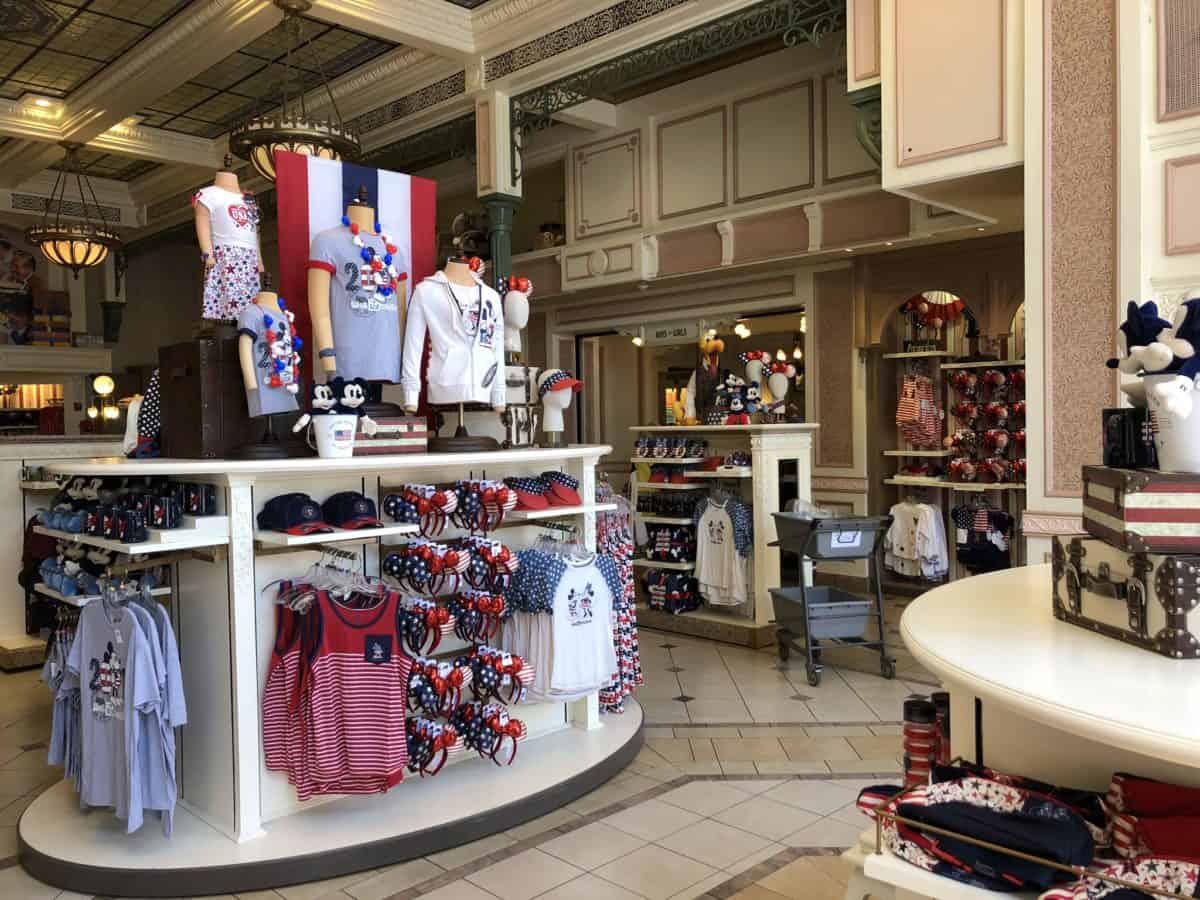 With Memorial Day right around the corner, and Independence Day soon after that, American spirit is in full force in the Magic Kingdom. The featured product area of the Emporium is all Americana stuff right now. You can see a lot of that product line in our report here. 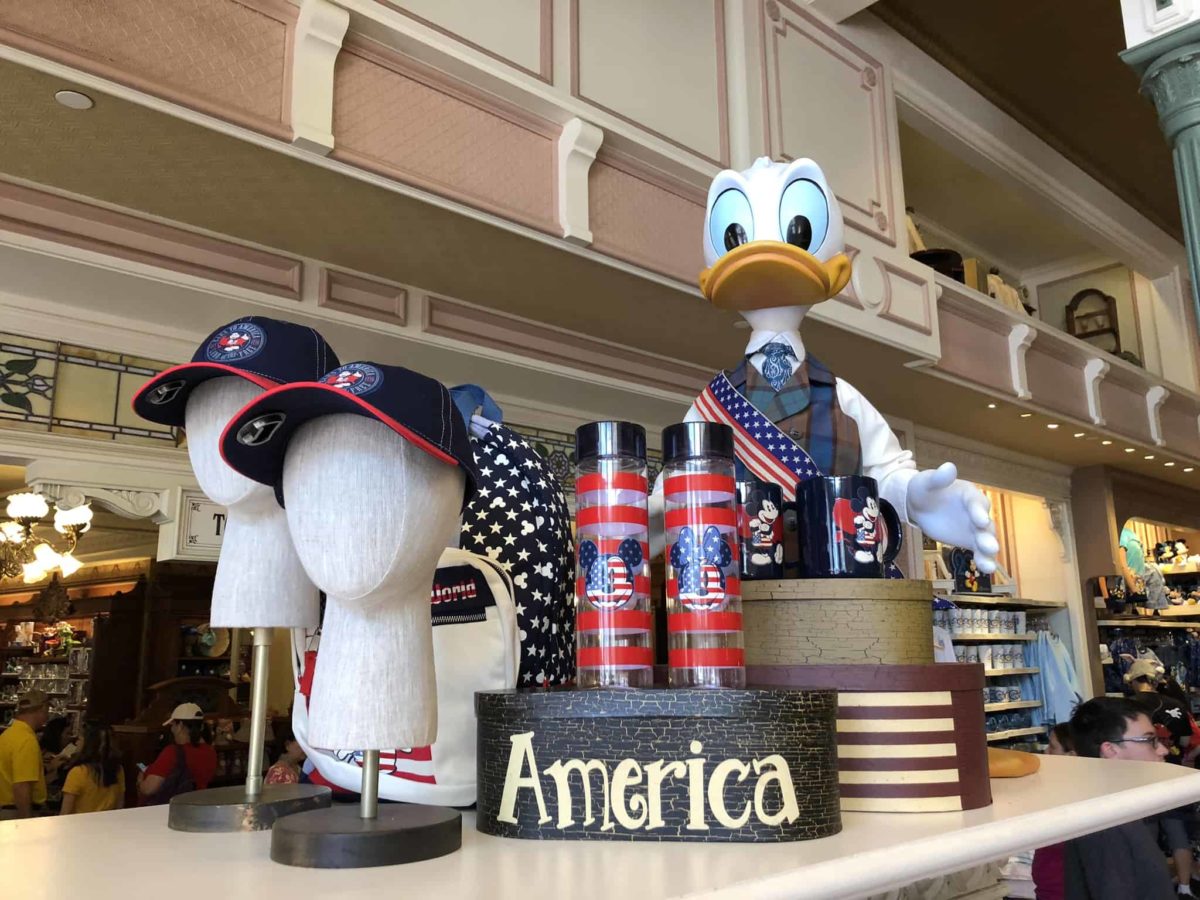 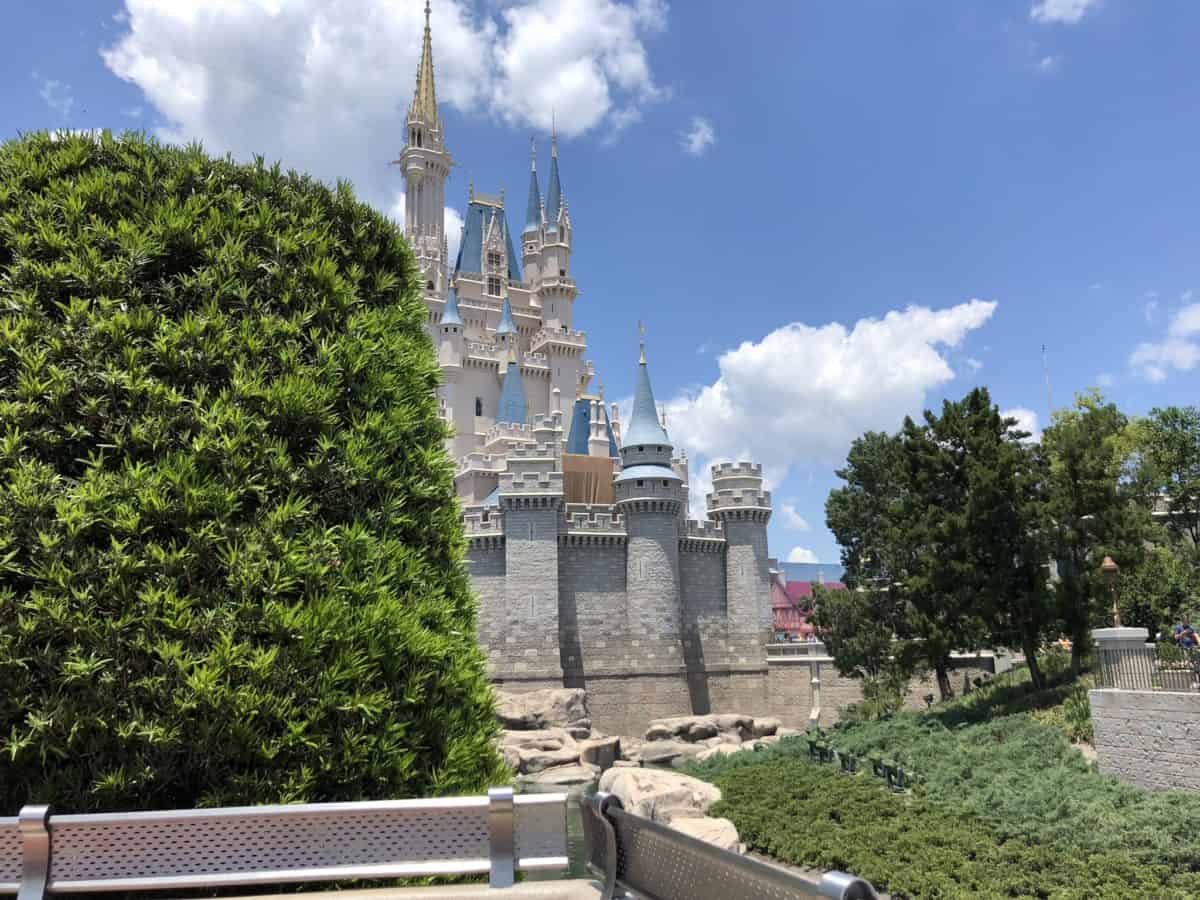 What’s that up there? 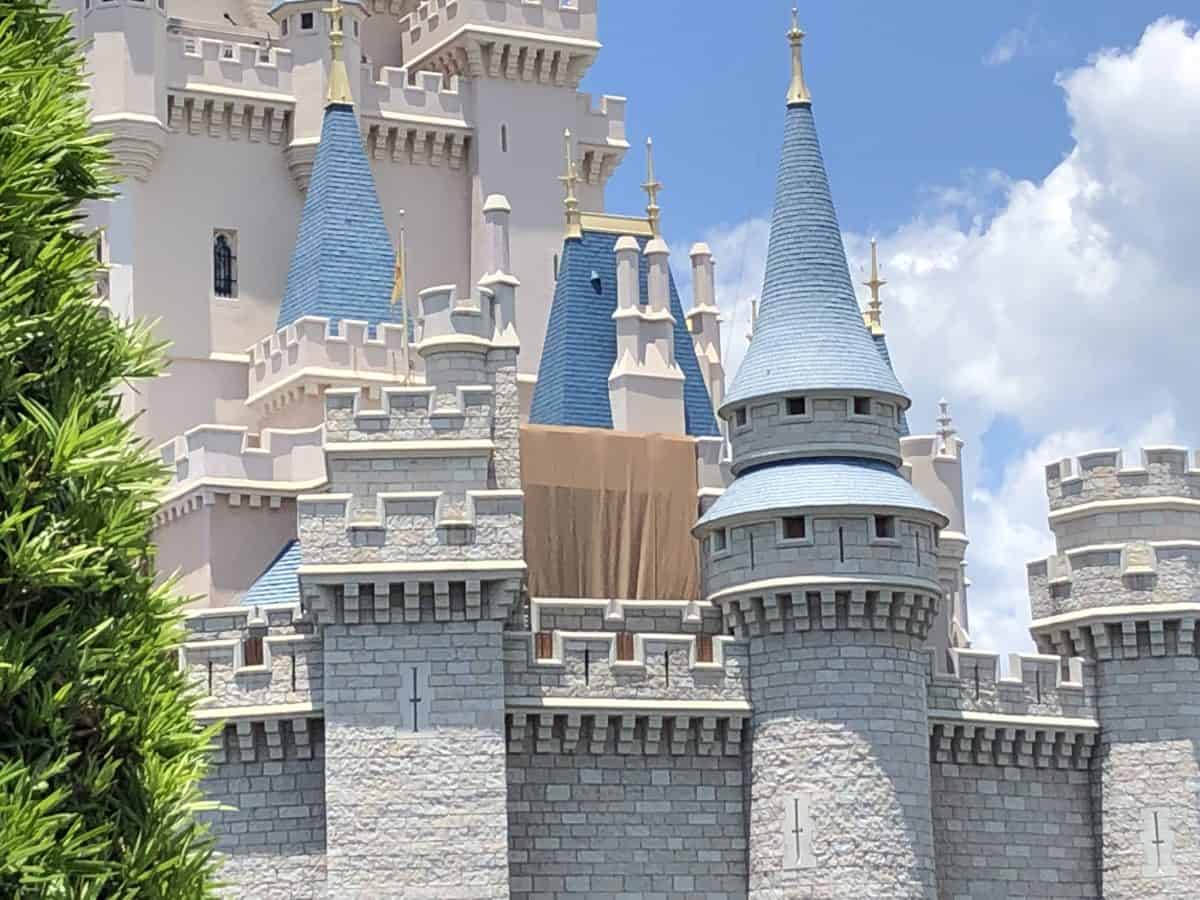 A very strange scrim is up on the East side of the castle. No idea what it’s for, but I’ll keep an eye on it.

That’s it for today. I’m glad that Tomorrowland is getting a little bit of love. What are your thoughts on all the visual changes? Let us know!

Former Disney Cast Member Arrested For Stealing Over $7,000 in Animatronic Costumes From The Haunted Mansion