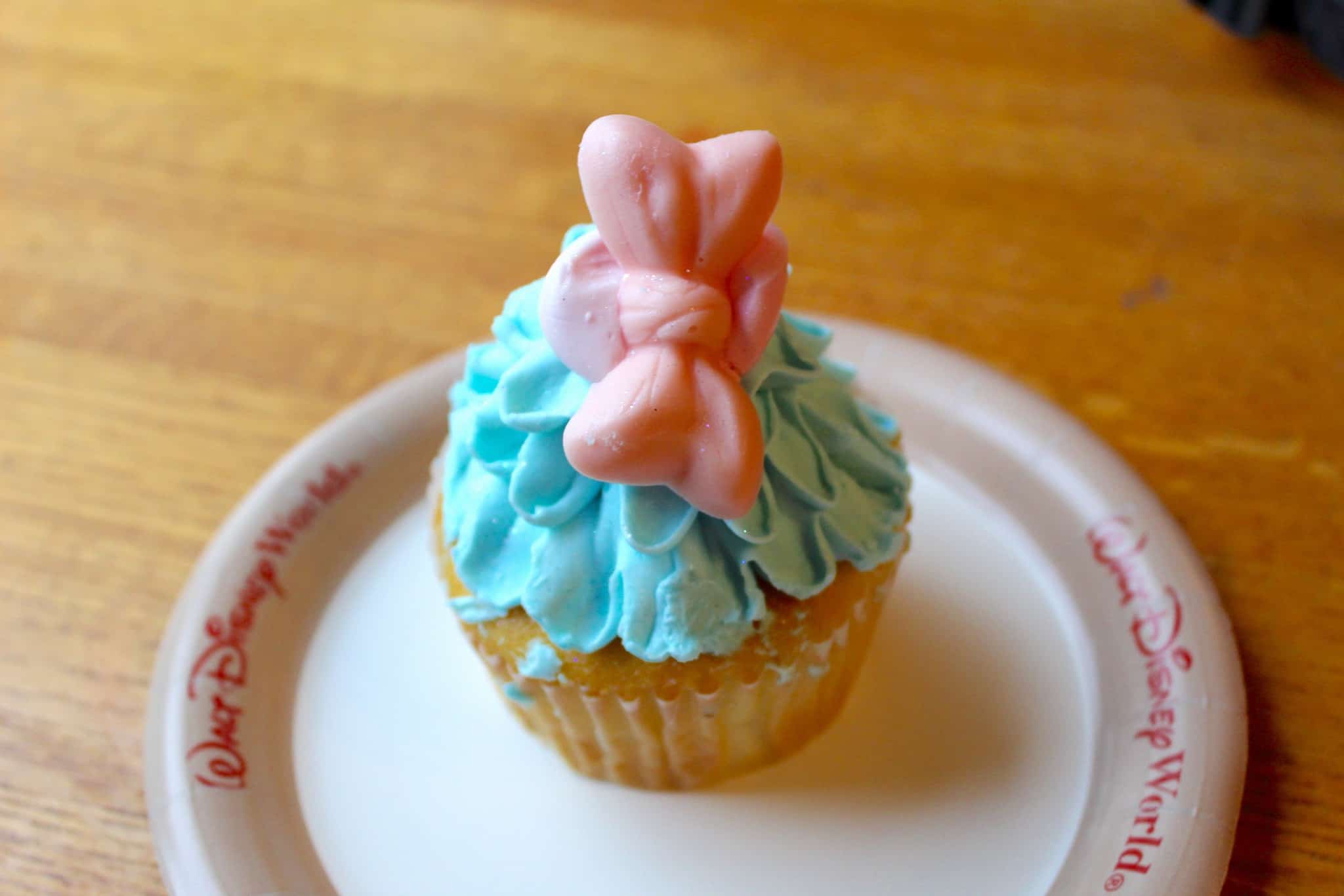 Hey, howdy hey! An all-new cupcake has been spotted at Riverside Mill Food Court at Disney’s Port Orleans Riverside. This Bo Peep cupcake is here to celebrate the upcoming release of Toy Story 4! 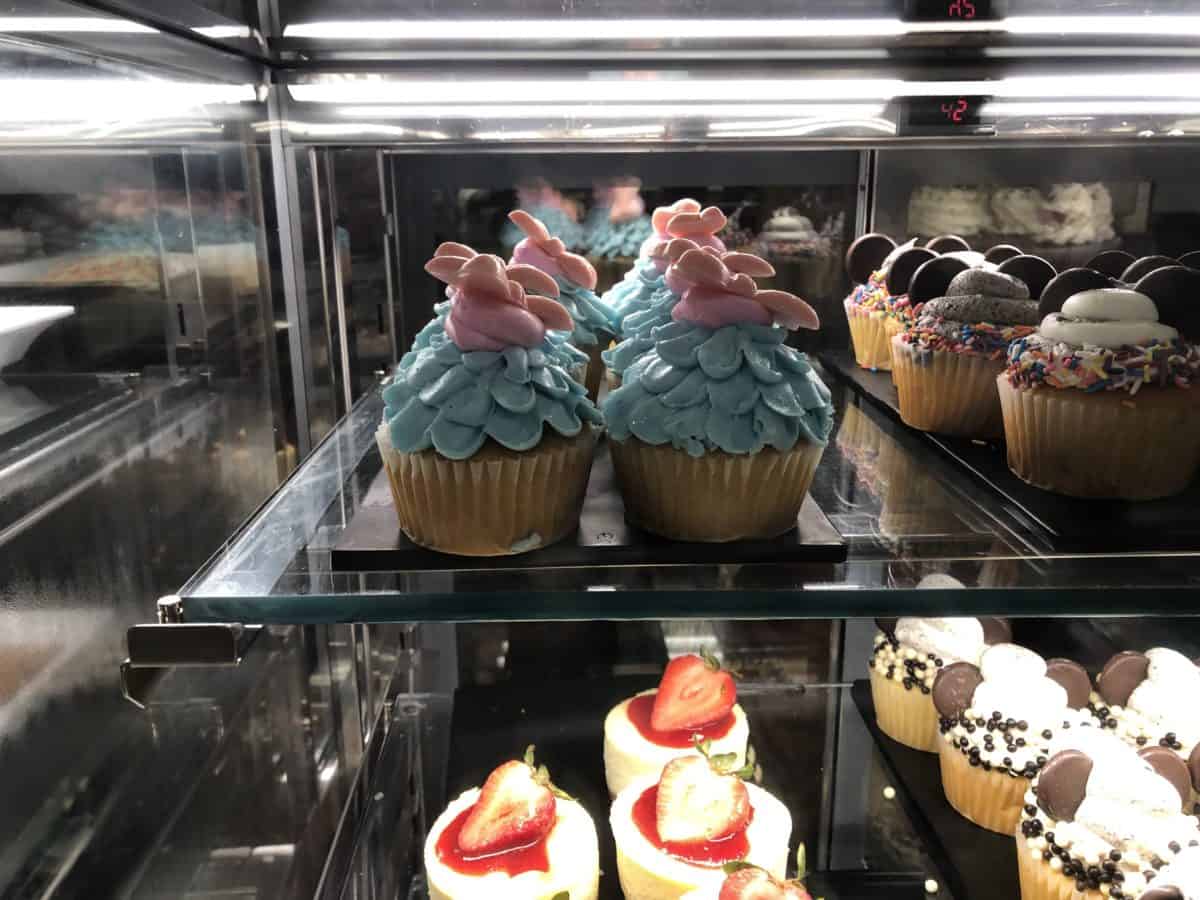 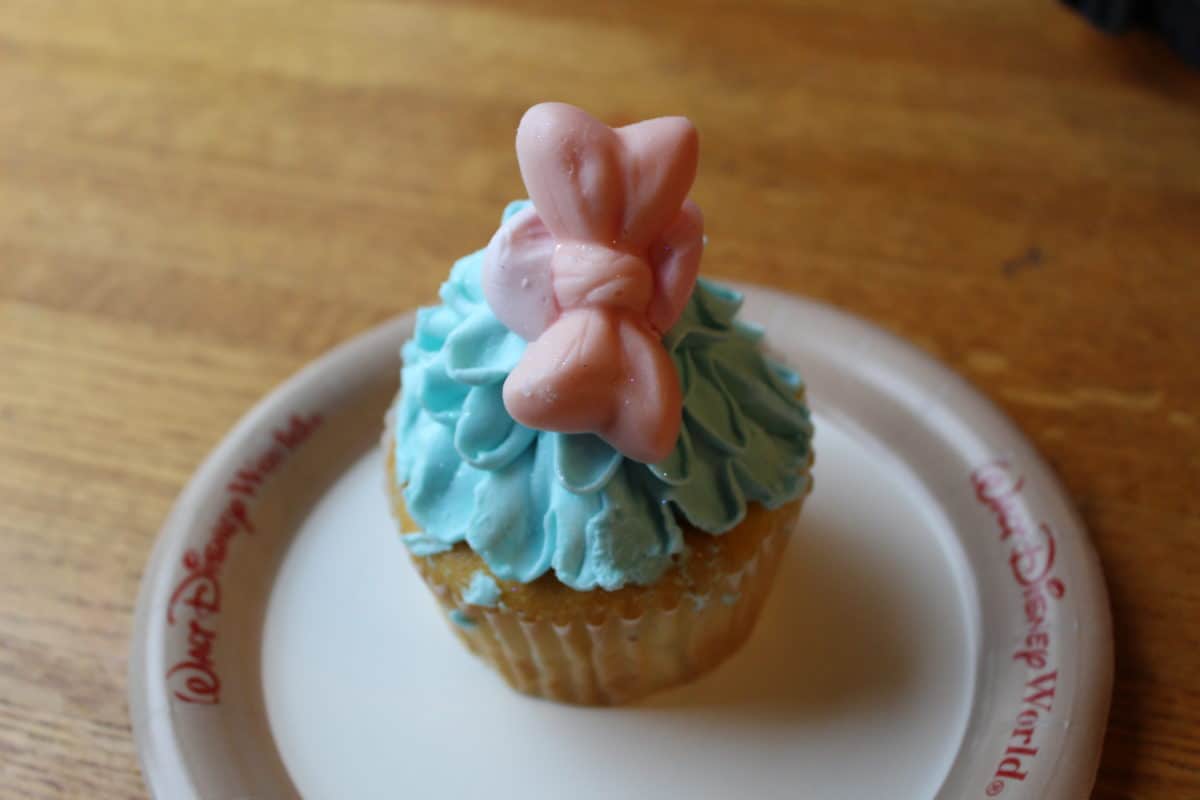 The new cupcake is comprised of a vanilla cake with blue buttermilk frosting, and a white chocolate bow which is reminiscent of Bo Peep’s. It’s also dusted with iridescent sparkles. 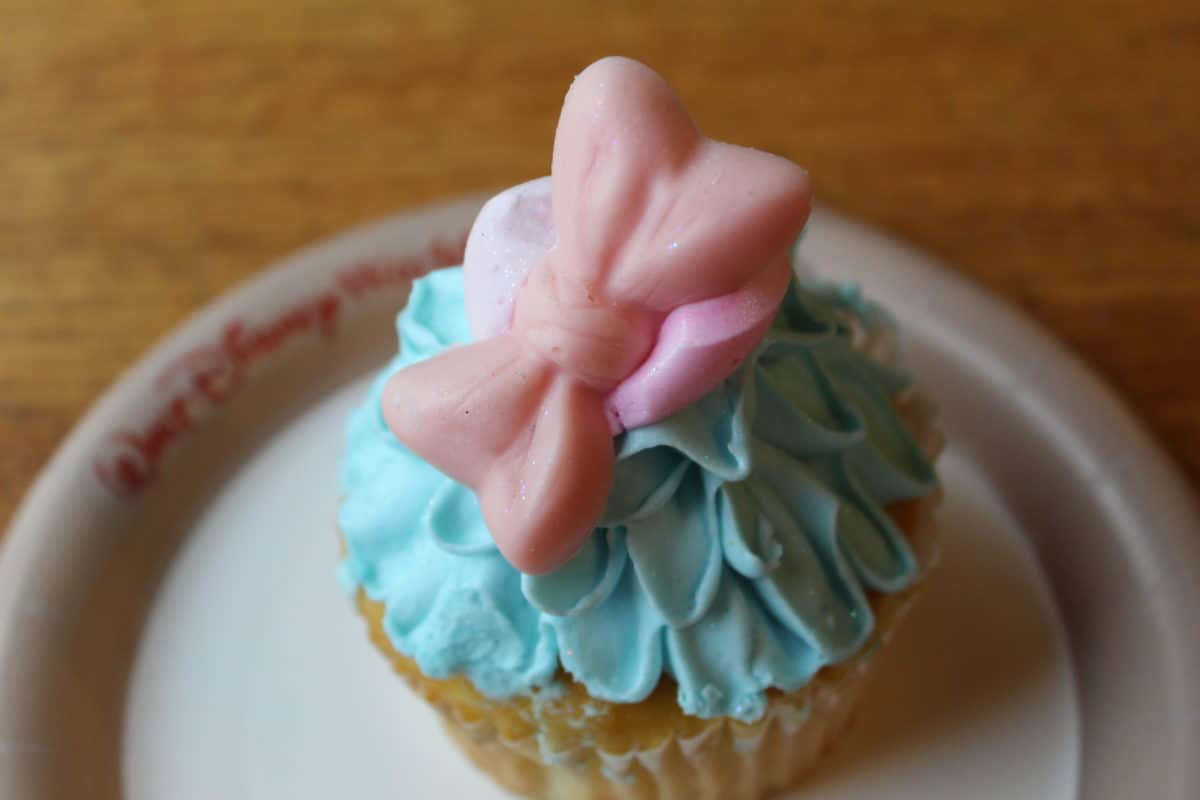 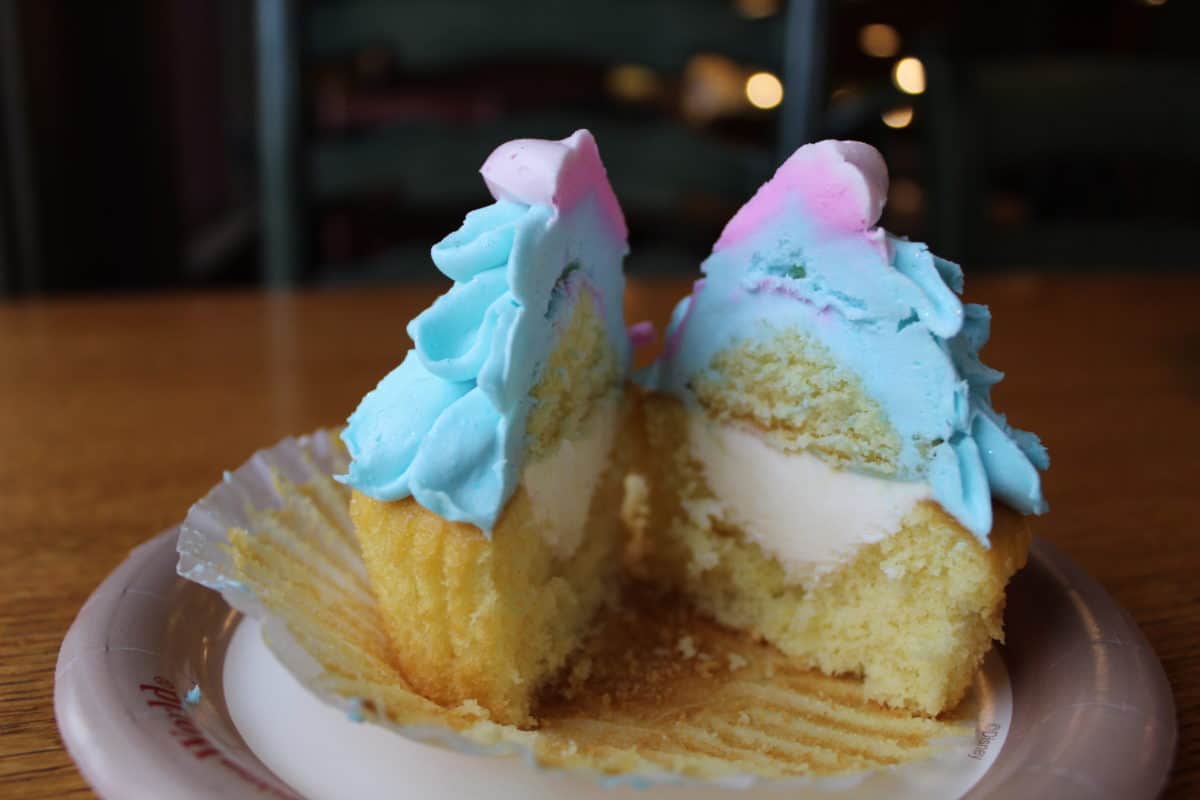 The cupcake is filled with even more buttercream icing because clearly, the heap on top wasn’t enough! The icing all around was pretty frozen and difficult to eat, even while using a fork. This was especially upsetting for the middle filling, because it felt like I was biting into a lumpy, hard cake. The vanilla cake itself was also extremely disappointing. It was embarrassingly dry, difficult to chew, and I literally had to ask for a cup of water to help get it down. 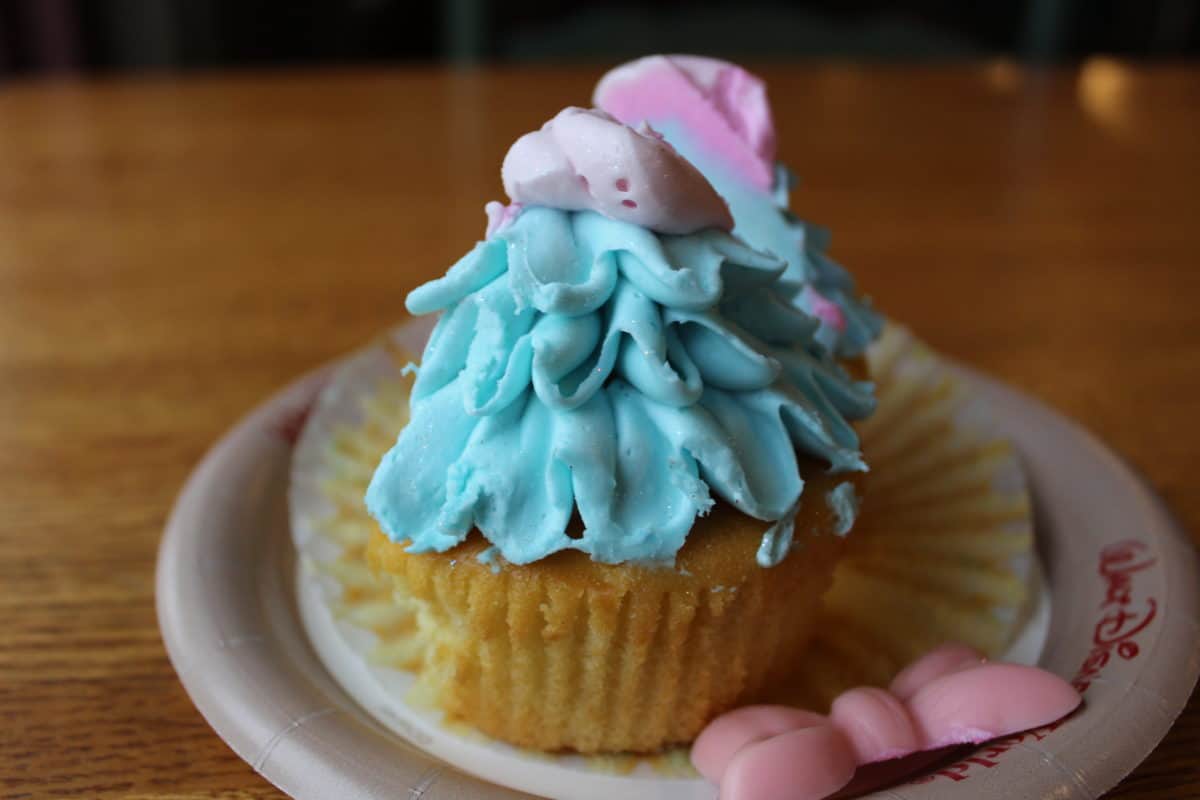 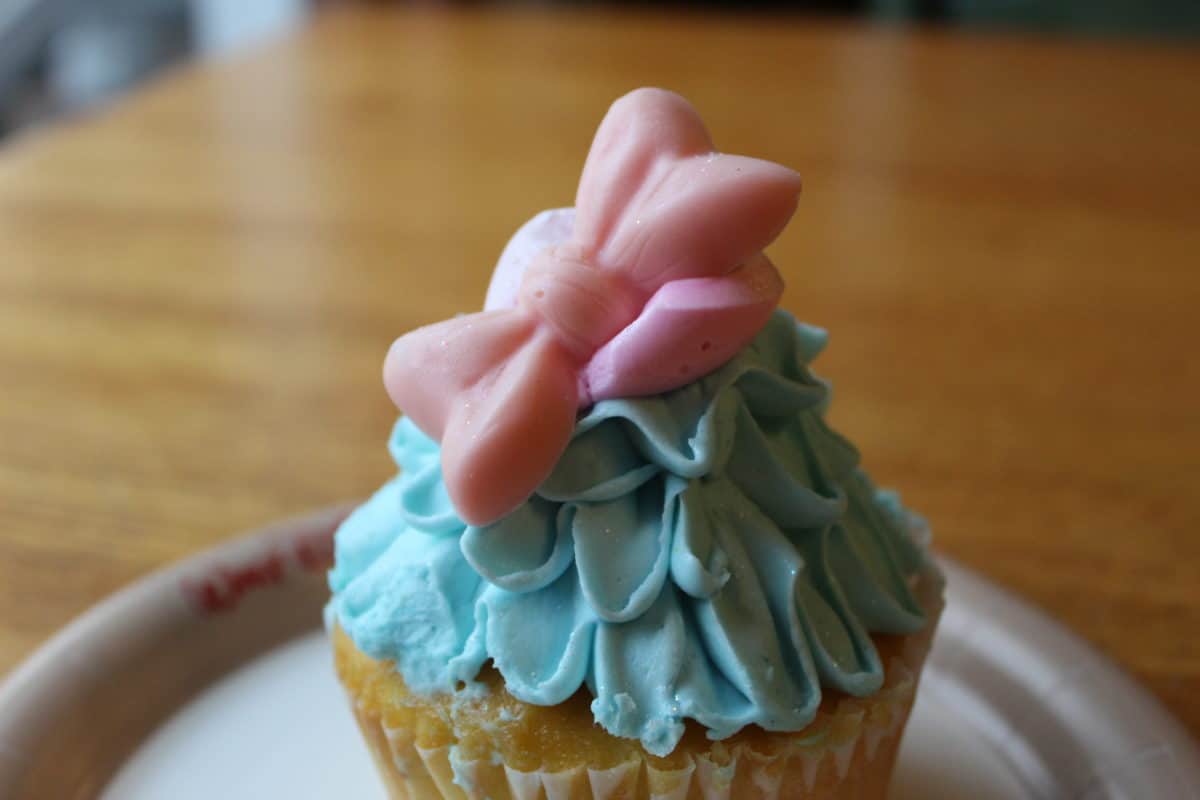 While this cupcake is a cute way to promote the upcoming Toy Story 4 and is a colorful cake for your Instagram profile, it’s another disappointing, flavorless, generic cupcake that I’d definitely recommend skipping during your next visit to Riverside Mill Food Court.