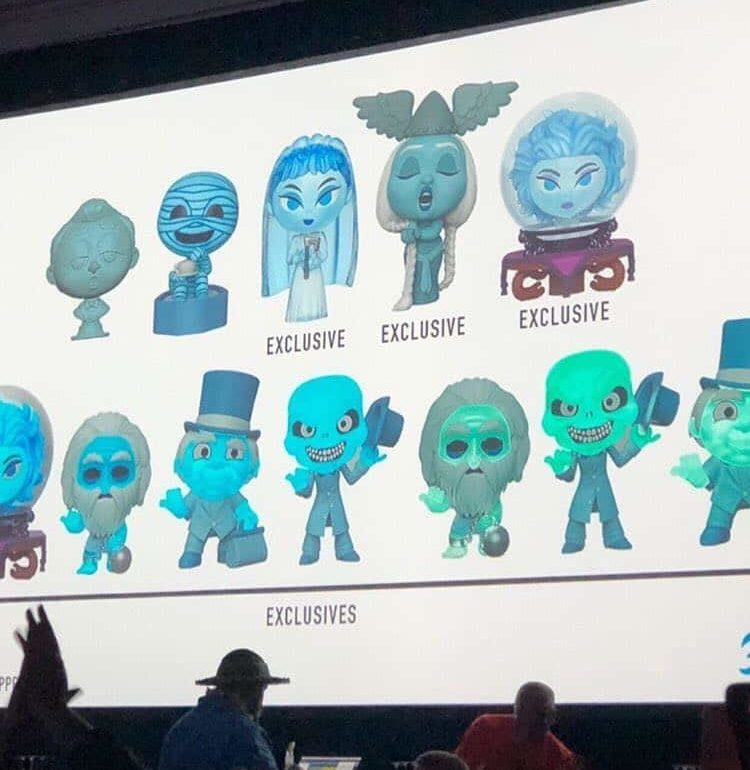 Soon, unearthly figures will rise from Funko’s vaults, and grim grinning ghosts will come out to merchandise.

Funko revealed this weekend at San Diego Comic-Con that they will be releasing a line of merchandise themed to The Haunted Mansion, including Pop! Vinyls, Mystery Minis, and T-Shirts. The news comes just a few weeks before the iconic Disney Parks attraction’s 50th anniversary at Disneyland.

Here’s a closer look at the above photo: 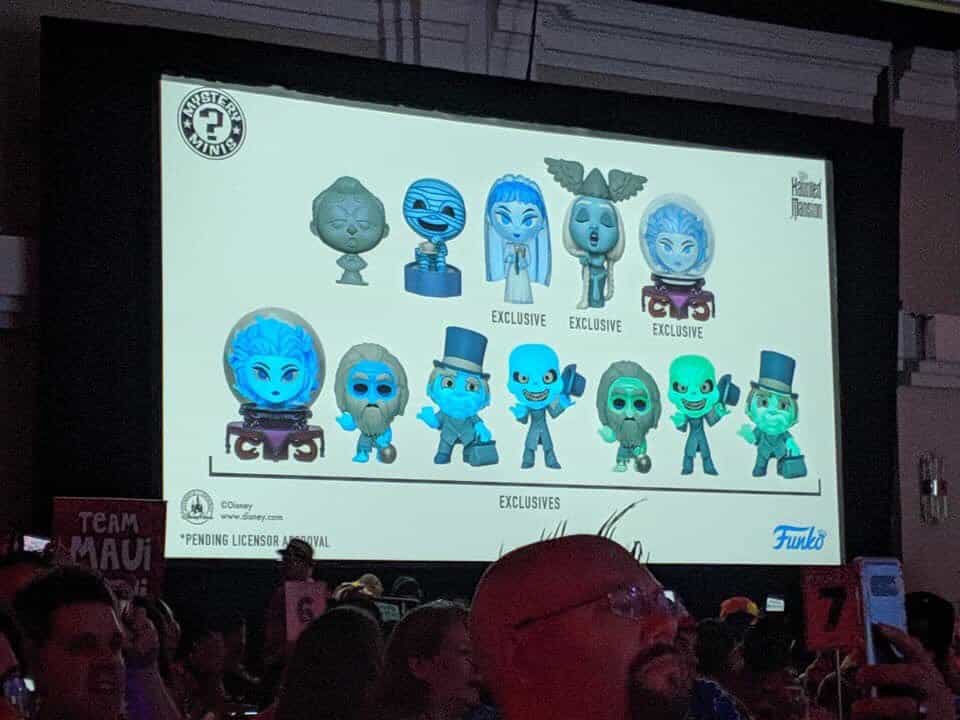 The line you see above you are the Mystery Minis, which will include such famed Gracey Manor denizens as Madame Leota, the Hitchhiking Ghosts, the Bride (aka Constance Hatchaway), and more. The Hitchhiking Ghosts will be available in standard and glow-in-the-dark variations. These are expected to be available at Disney Parks, though the “Exclusives” designation may imply that certain Minis will be available outside of the parks. We’ll provide more information as we learn more.

Moving on to the Pop! Vinyls, four more spirits will join the series, which was unofficially kicked off last year when the Ezra in Buggy Pop! Ride was released. Madame Leota, the Bride, the female Opera Singer, and the Mummy. Four Funko-themed tees will also be available, featuring such Haunted Mansion highlights as one of the stretching portraits and the Hitchhiking Ghosts.

Will you be inviting these spirits into your parlor? Does this mean the untimely passing of your wallet? Exorcise your right to free speech in the comments below!