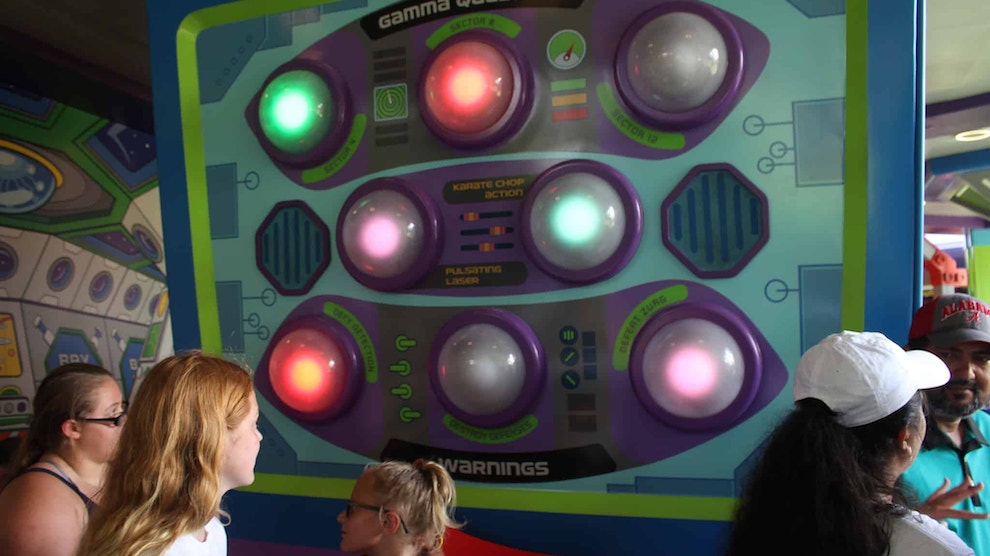 While Alien Swirling Saucers in Toy Story Land at Disney’s Hollywood Studios just celebrated its 1st anniversary on June 30th, the interactive queue elements had remained mostly dormant until now. We assumed this was to promote use of the Play Disney Parks app over moving elements in the queue. We happened to take a walk through the Standby queue today, and were pleasantly surprised to find most of the interactive queue unboxed and activated. 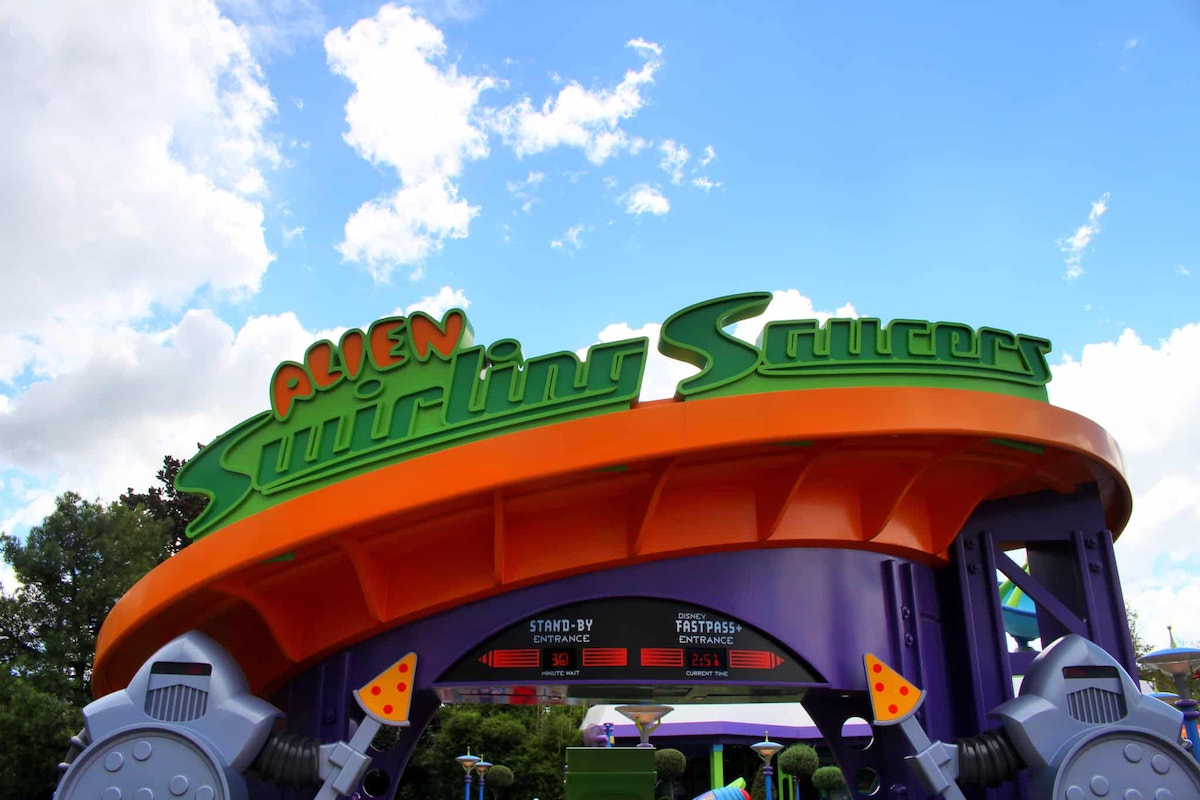 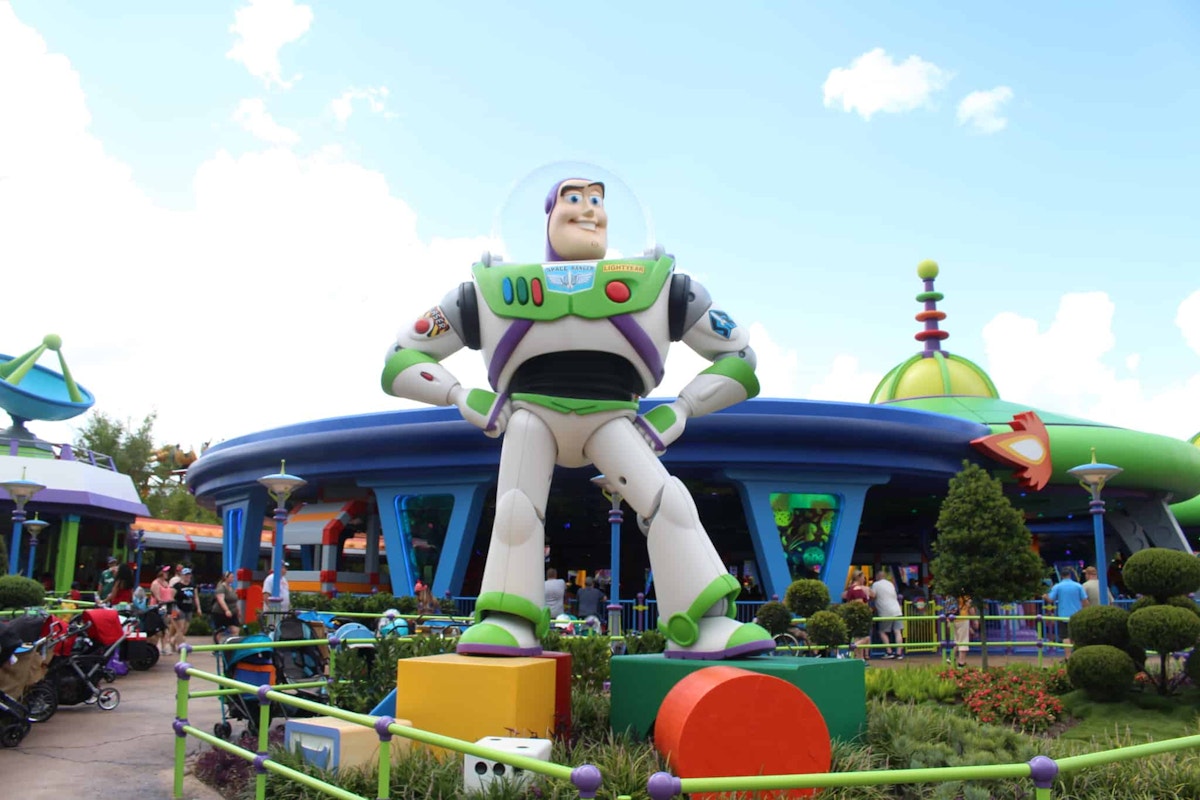 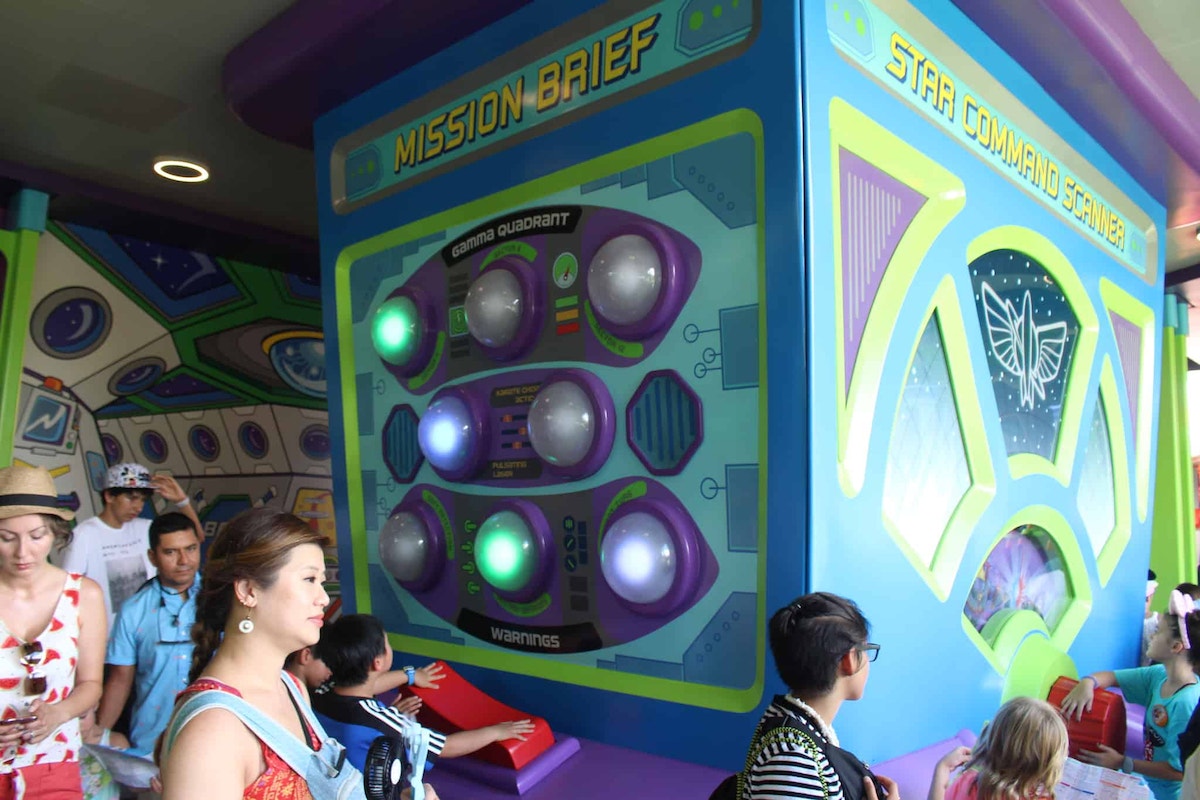 There are two interactive elements while walking through the Standby side of the queue. The large lightboard responded when Guests hit the red switch at the bottom, with all of the bubbles lighting up in sequence, but no matter how many times or how you hit the switch, it always ended up with the green light landing on “Karate Chop Action”, at least for now. 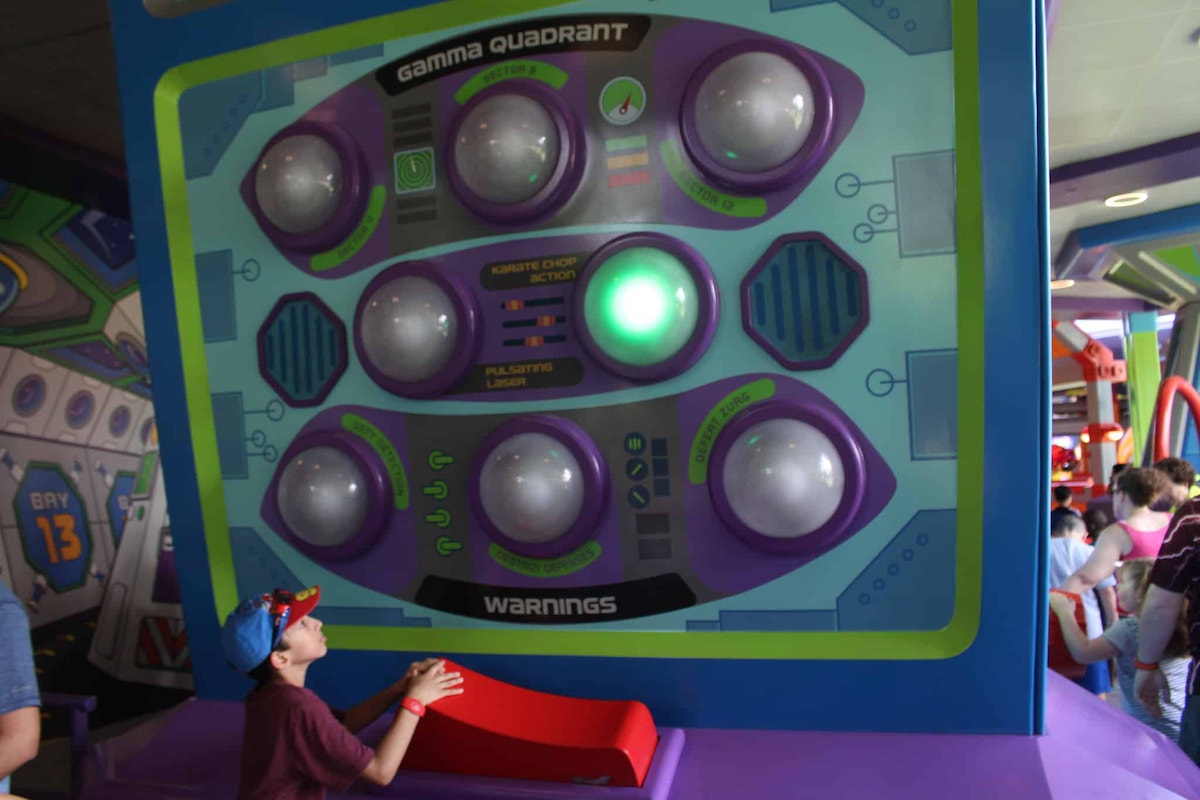 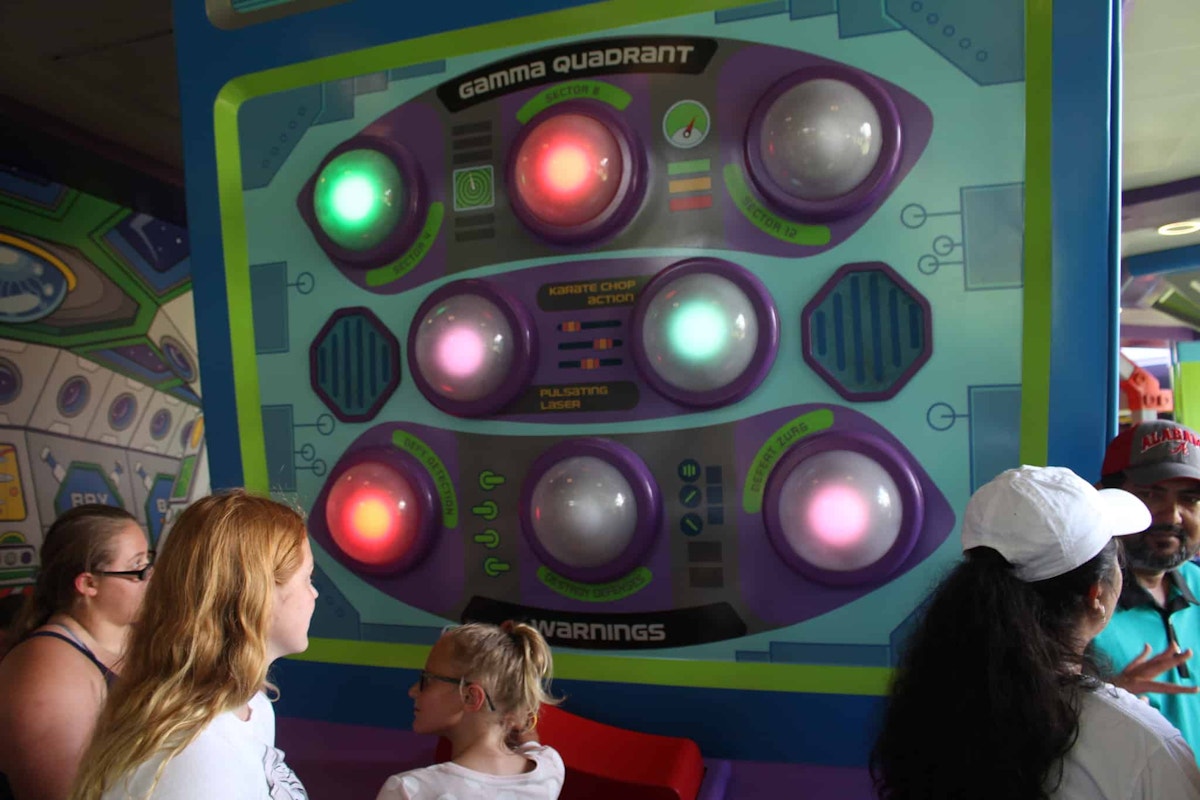 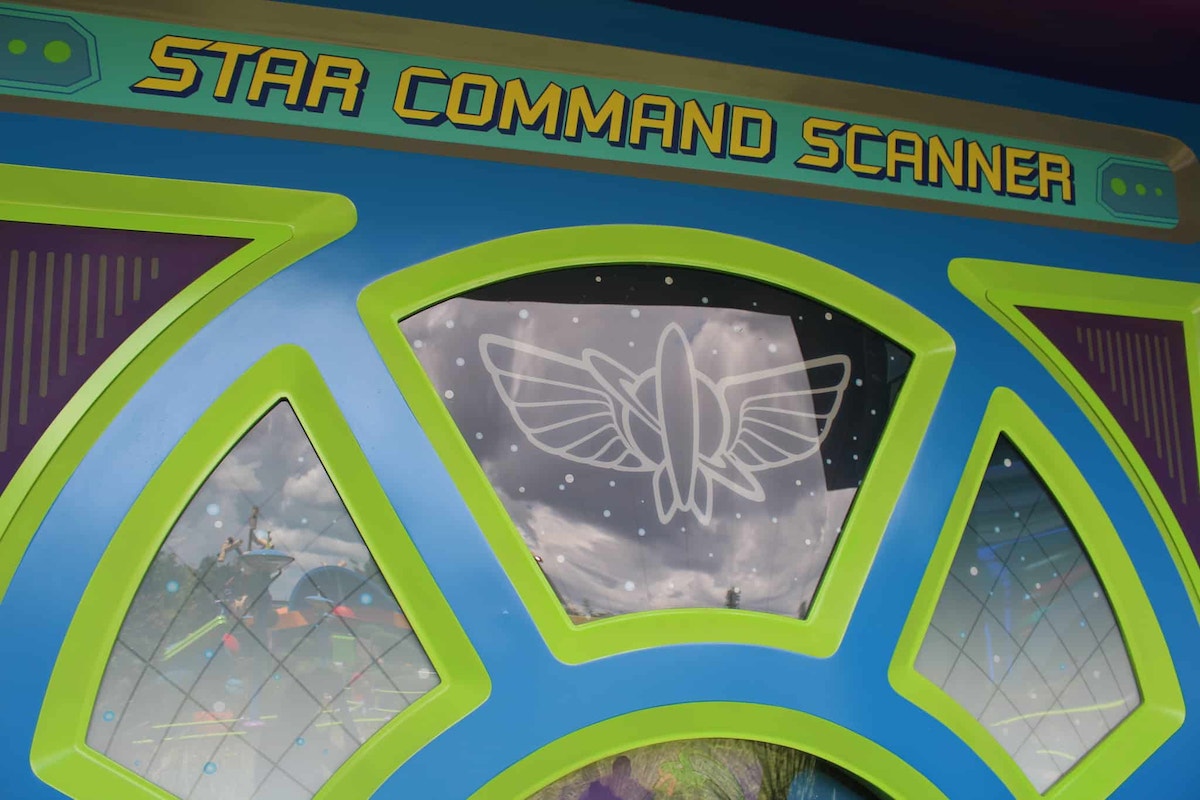 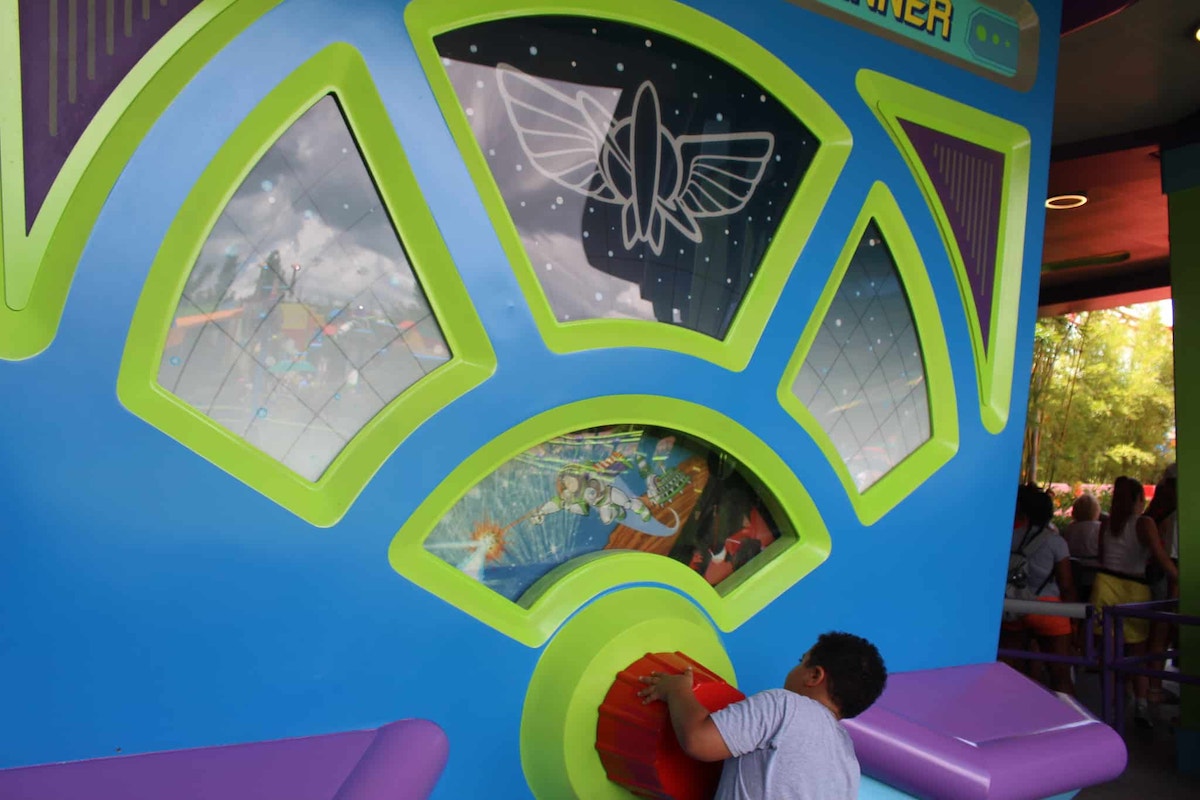 Right around the corner, underneath the Star Command Scanner, this large red knob spins around, showing several different scenes of Buzz Lightyear fighting the evil Emperor Zurg. The knob is extremely heavy, and the kids playing with it either needed an adult to get the spinning started, or it took at least two different children to be able to spin it. 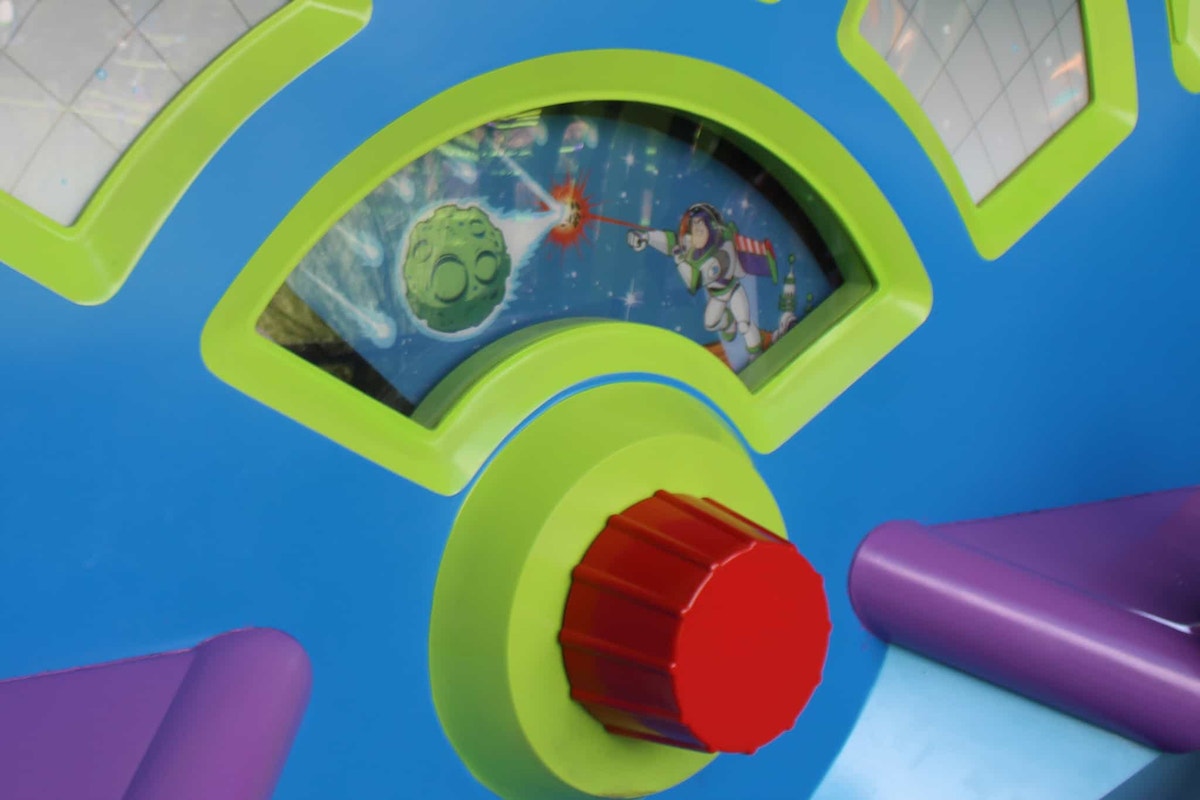 This power tower located in between the Standby queue and the FastPass queue had a beeping sequence that speeds up and comes to a surge every 10 minutes or so, with the lights sparking inside the tower, causing the overhead lights in the queue to flicker. 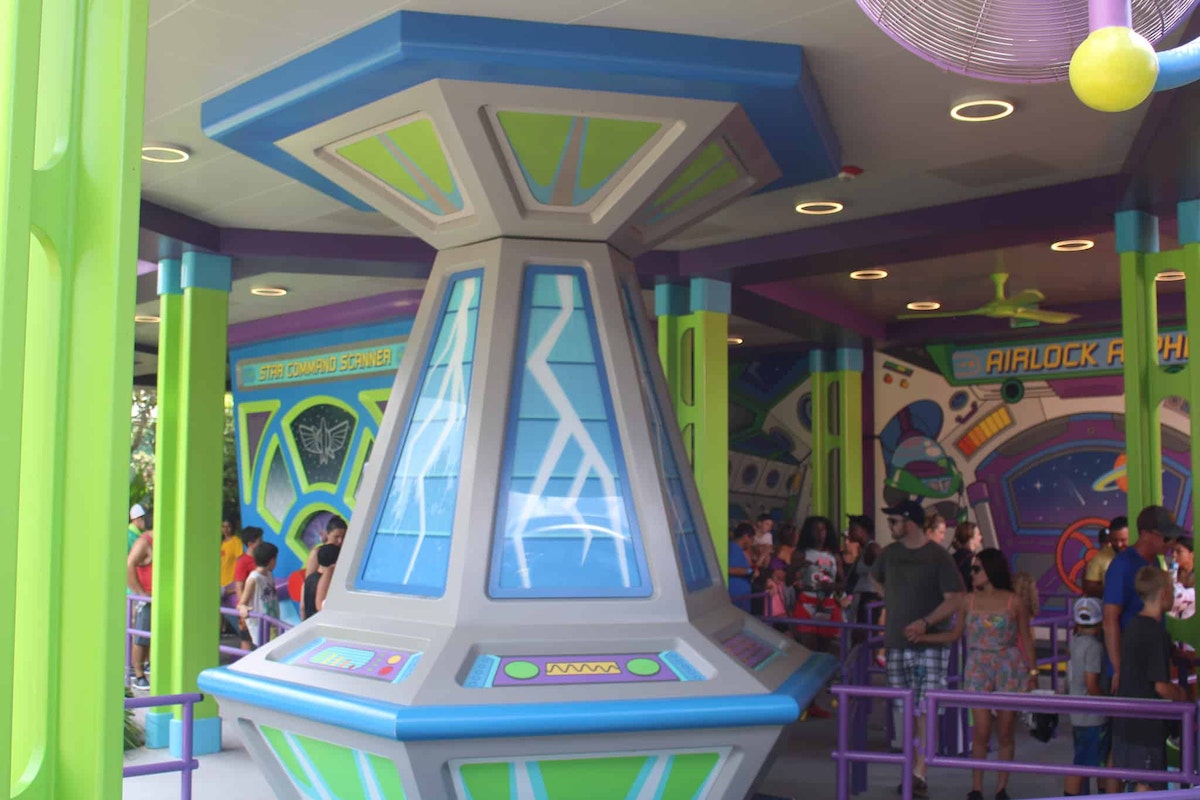 There appears to be another element not yet installed and activated. Buttons were removed on this side, likely now to install the intended effects. 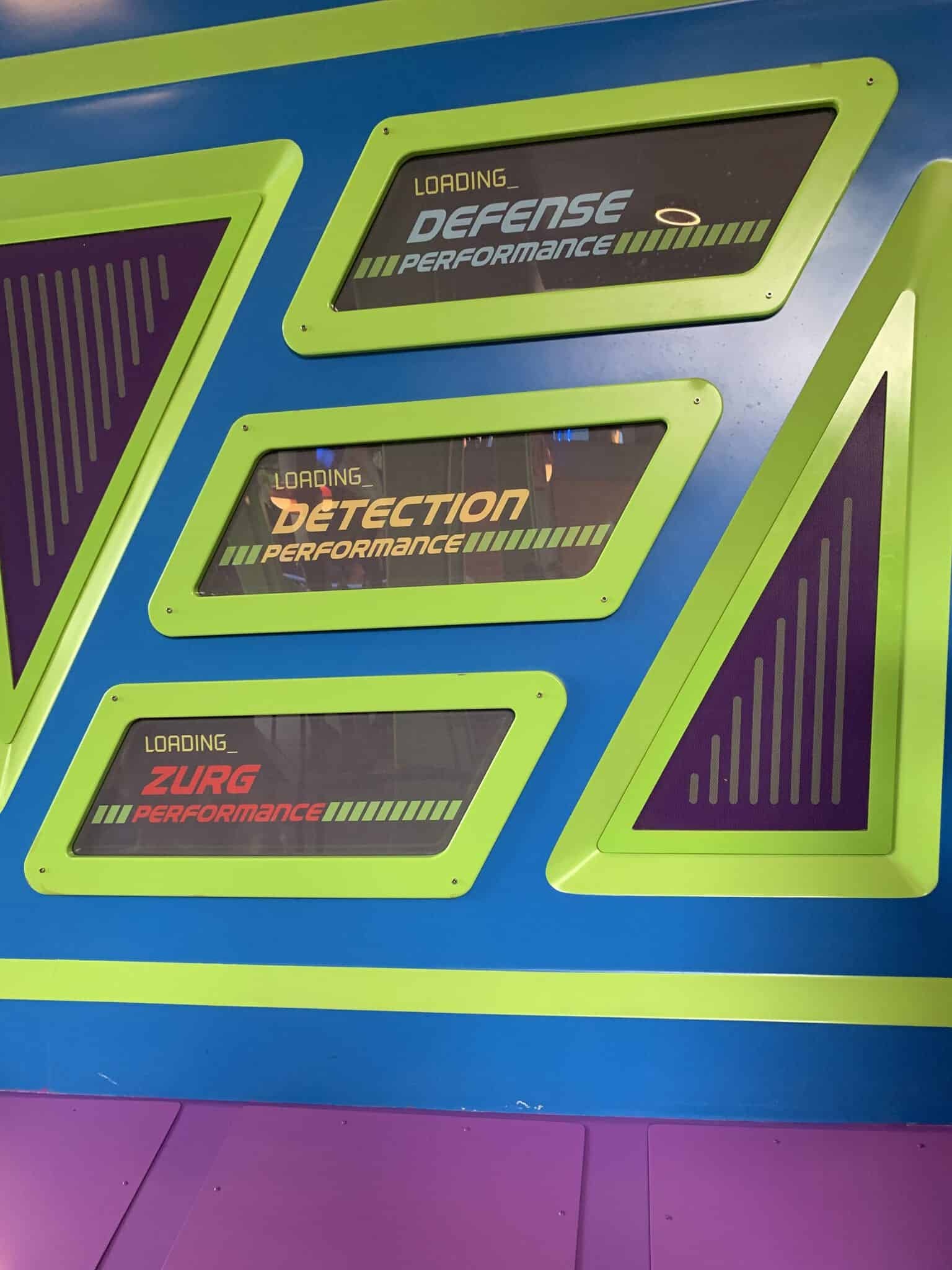 It’s good to see the interactive queue elements finally come together at this attraction! Check out a video tour below, and as usual, stay tuned to WDWNT for all the latest news! We are eternally grateful!

Personally, I think Interactive queues are good in theory but they keep the line from moving at a decent pace because people will stop and spend 5 minutes at a time playing while the line ahead of them keeps moving.
Seven Dwarfs Mine Train is perfect example, the line always gets backed up because too many people are hanging back, spinning barrels, playing with water or dragging gems into mine carts.