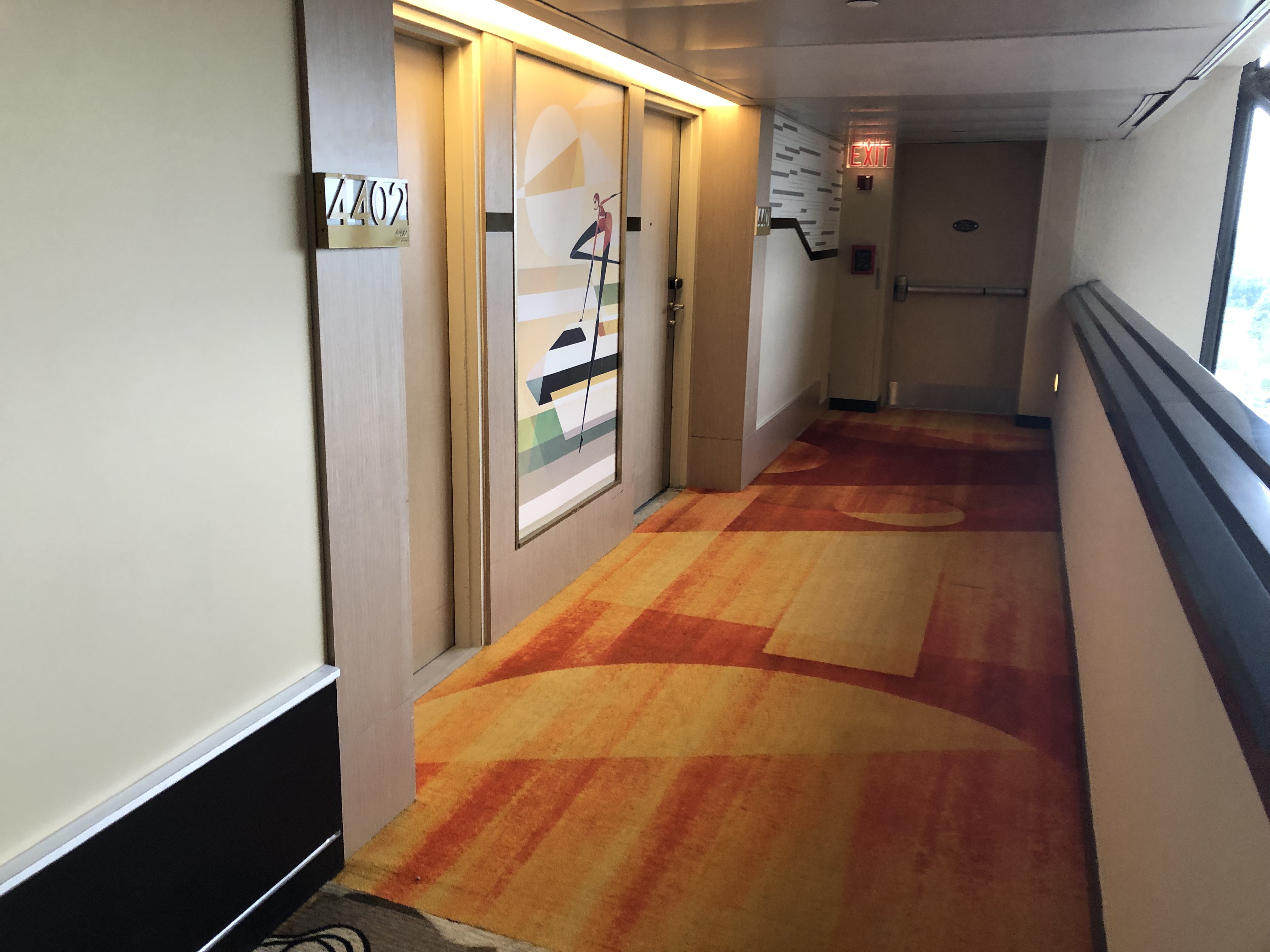 They said it was ludicrous. Inconceivable! The Incredibles? At Disney’s Contemporary Resort? I mean, when we ran the news of a “The Incredibles”-themed steakhouse taking over The Wave… of American Flavors restaurant at the resort, even we thought it was a stretch… 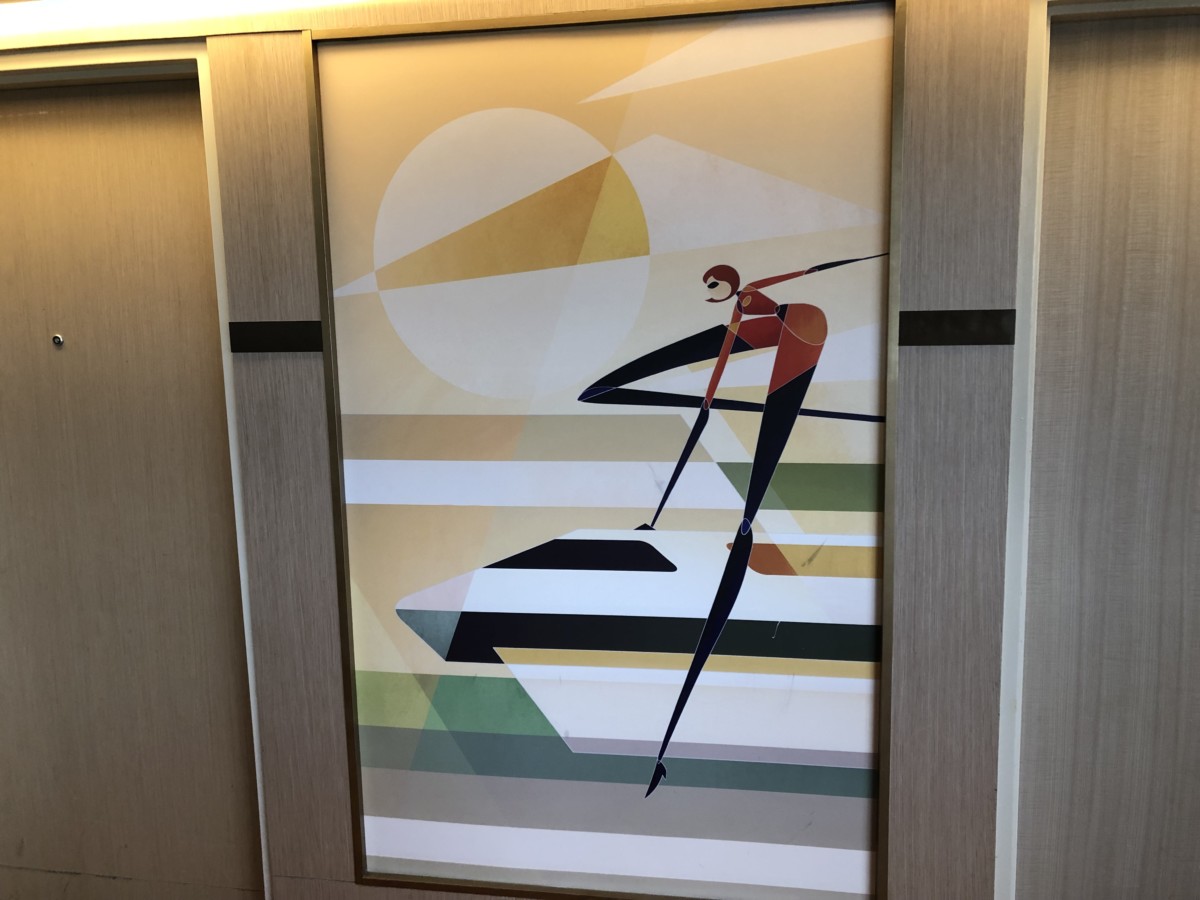 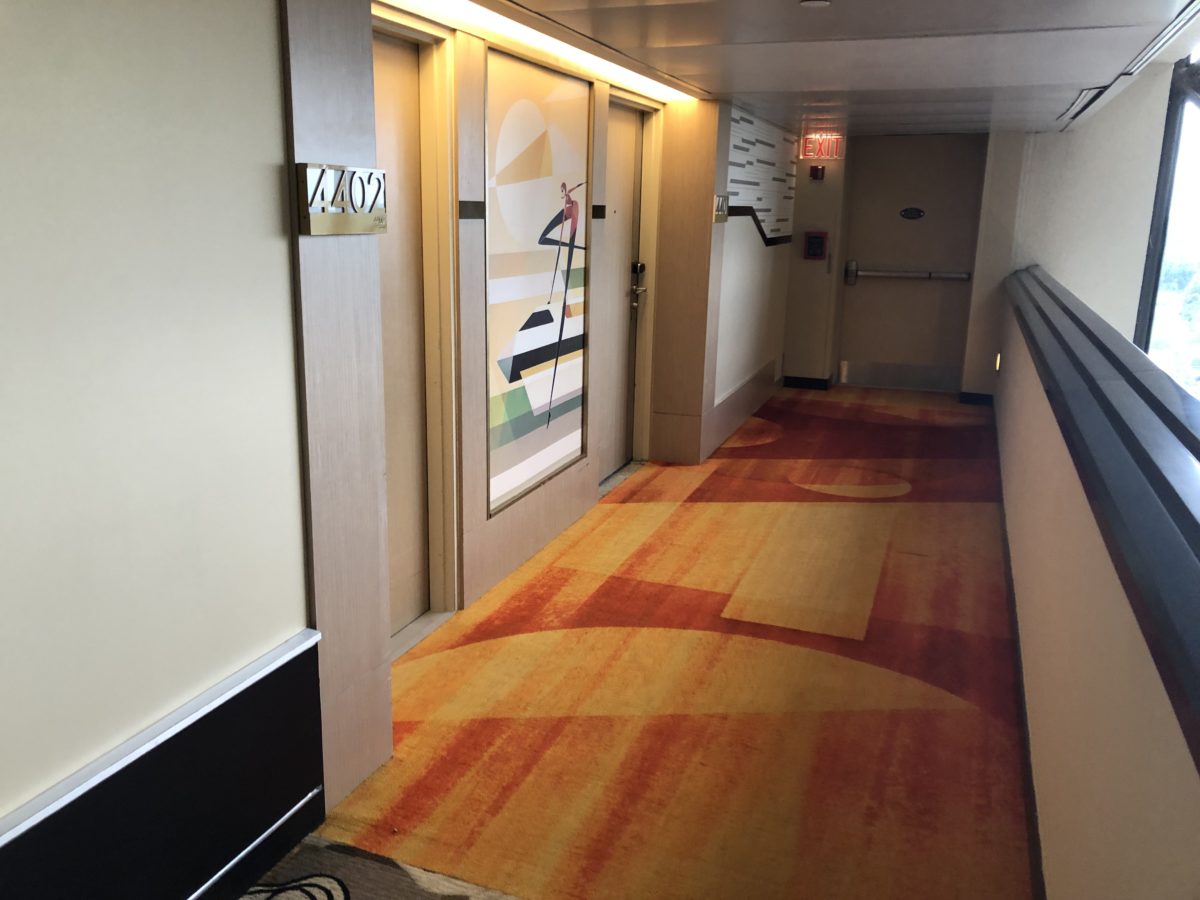 However, if you ask Elastigirl, she’d say anything is possible. 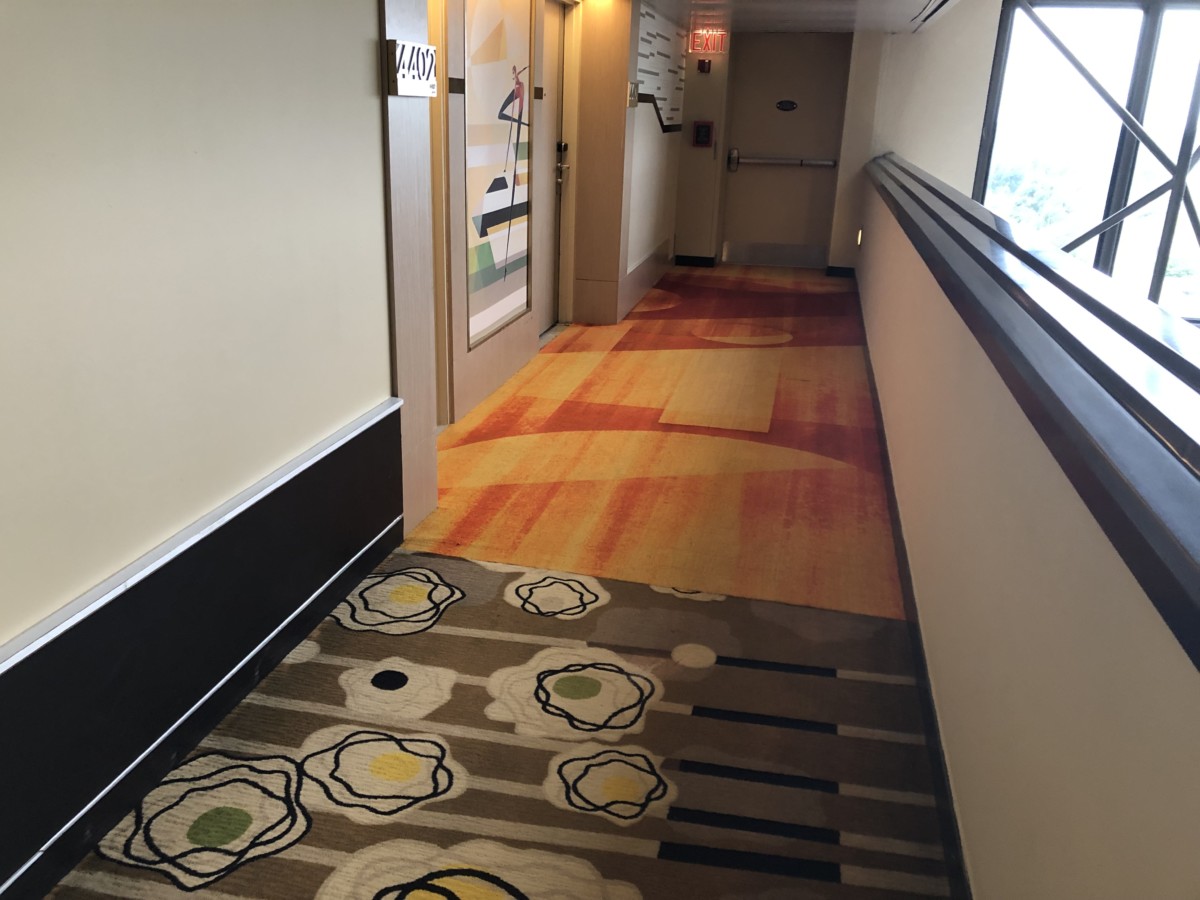 It’s no secret that a mandate was made to those in Walt Disney Imagineering and management at the Parks and Resorts that the goal is now to “leverage IPs” wherever and whenever possible. And in an attempt to do so, they’ve fully remodeled two rooms in a quiet corner of the Contemporary Resort to test them out. You can see where the classic modern art “fried egg” carpets meet the new, mid-century modern carpets in red, orange and yellow. There’s even the Incredibles logo woven in. 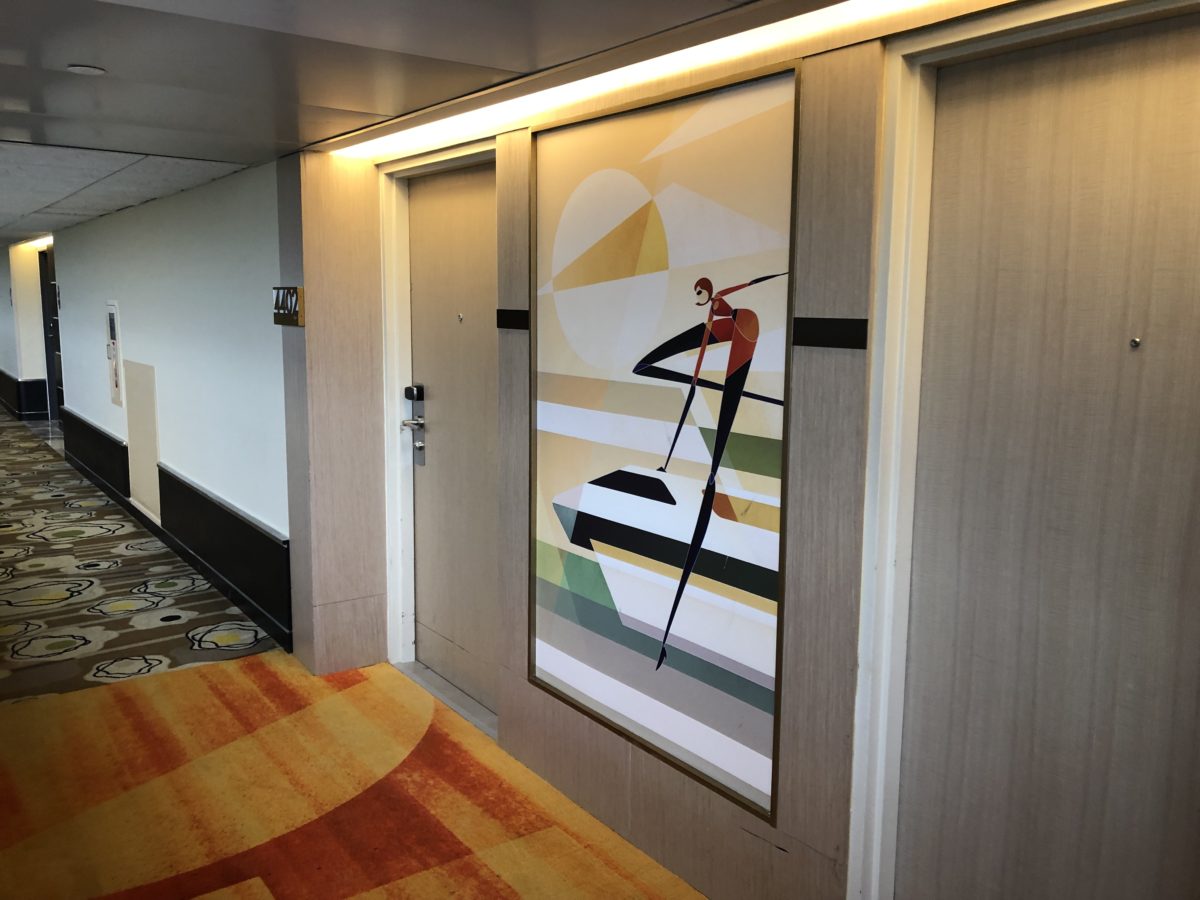 In between the two rooms, you have modern artwork depicting Mrs. Incredible showing off her super-stretchy powers while “riding” the monorail. Maybe she’s just saving guests stuck in a broken down one? 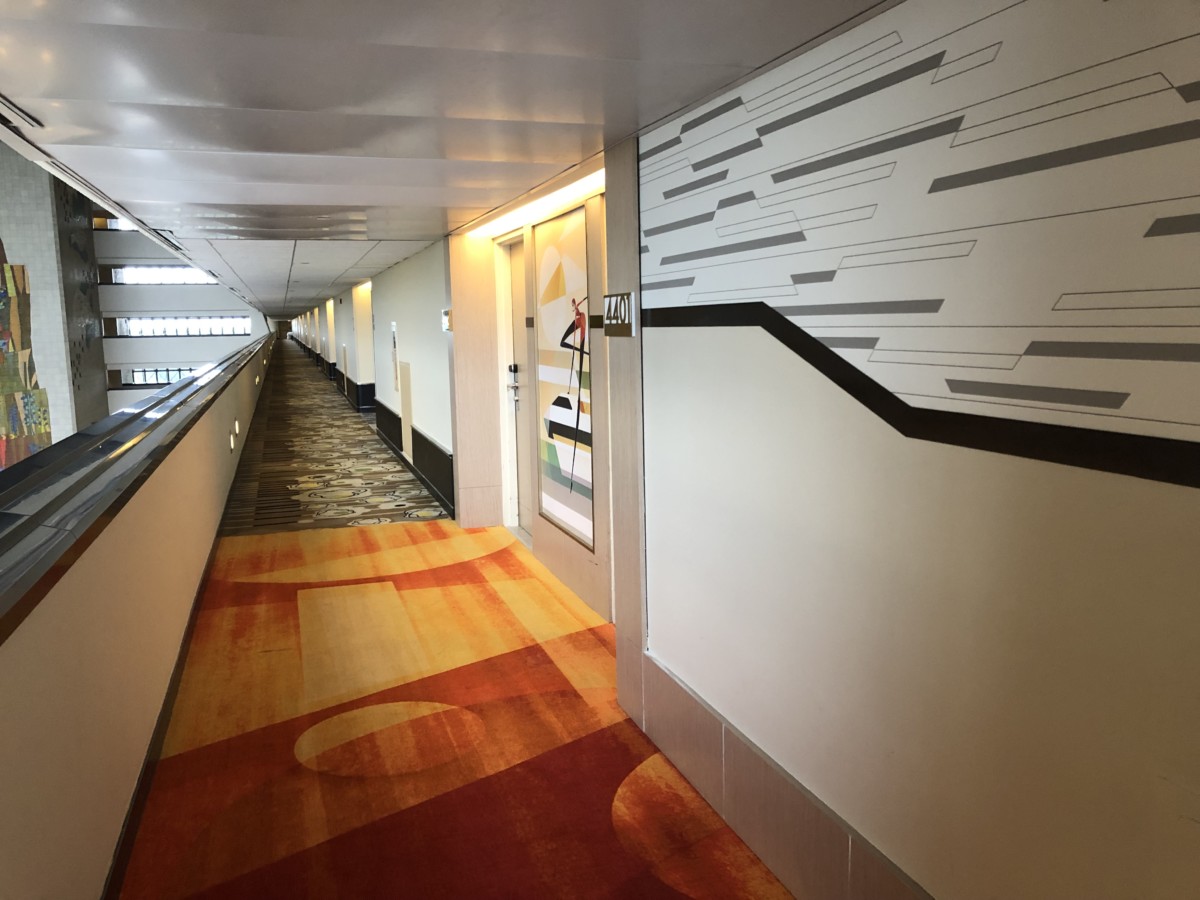 Grey wood panels line the doors and floorboards, with monorail-esque chevrons zooming past the walls. 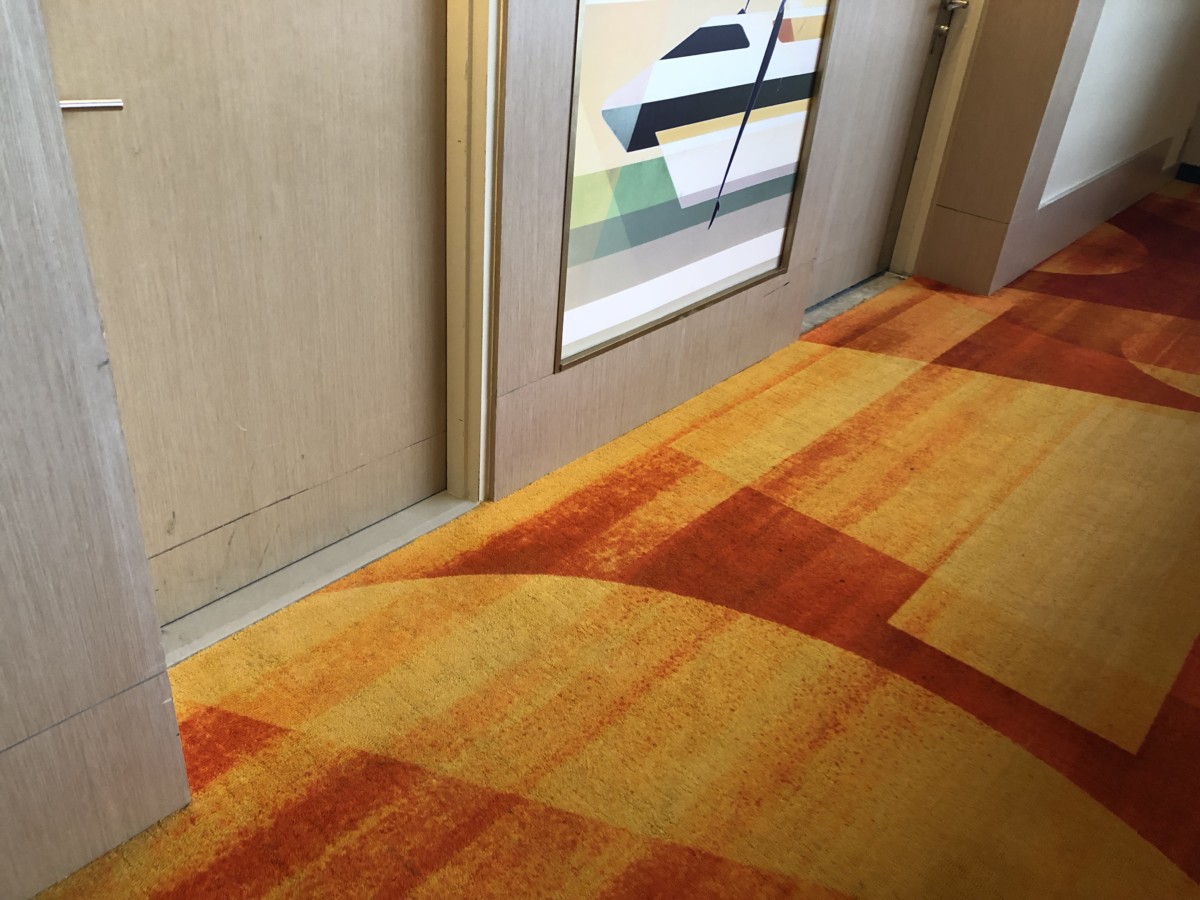 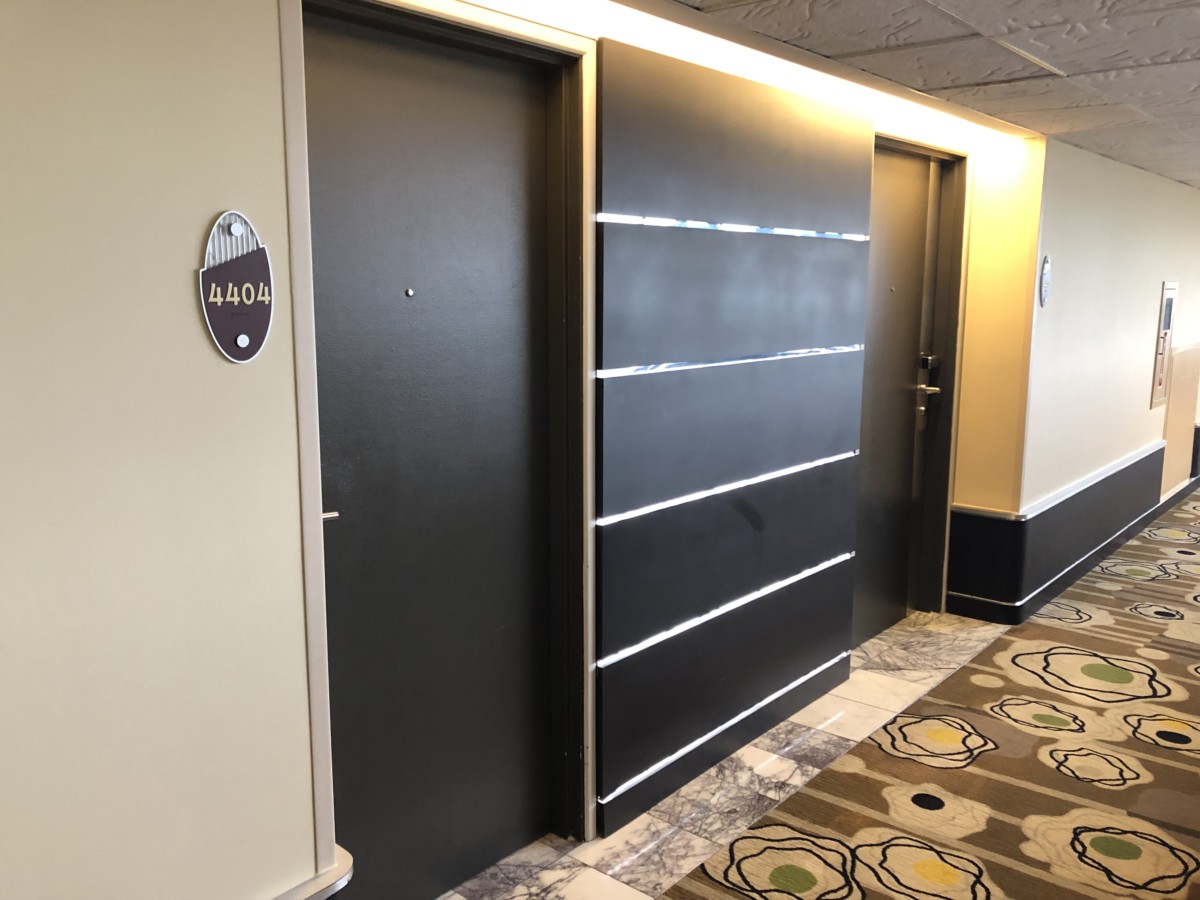 Here’s a glimpse of the rooms as they appear across the rest of the resort, with dark wood and metal paneling. Currently, the rooms are void of any Disney themeing at all, and many guests had actually complained about the lack of characters at the resort. If this redesign were to be carried out in full, Disney’s Contemporary Resort would be the first Disney resort hotel to receive a full IP overlay. 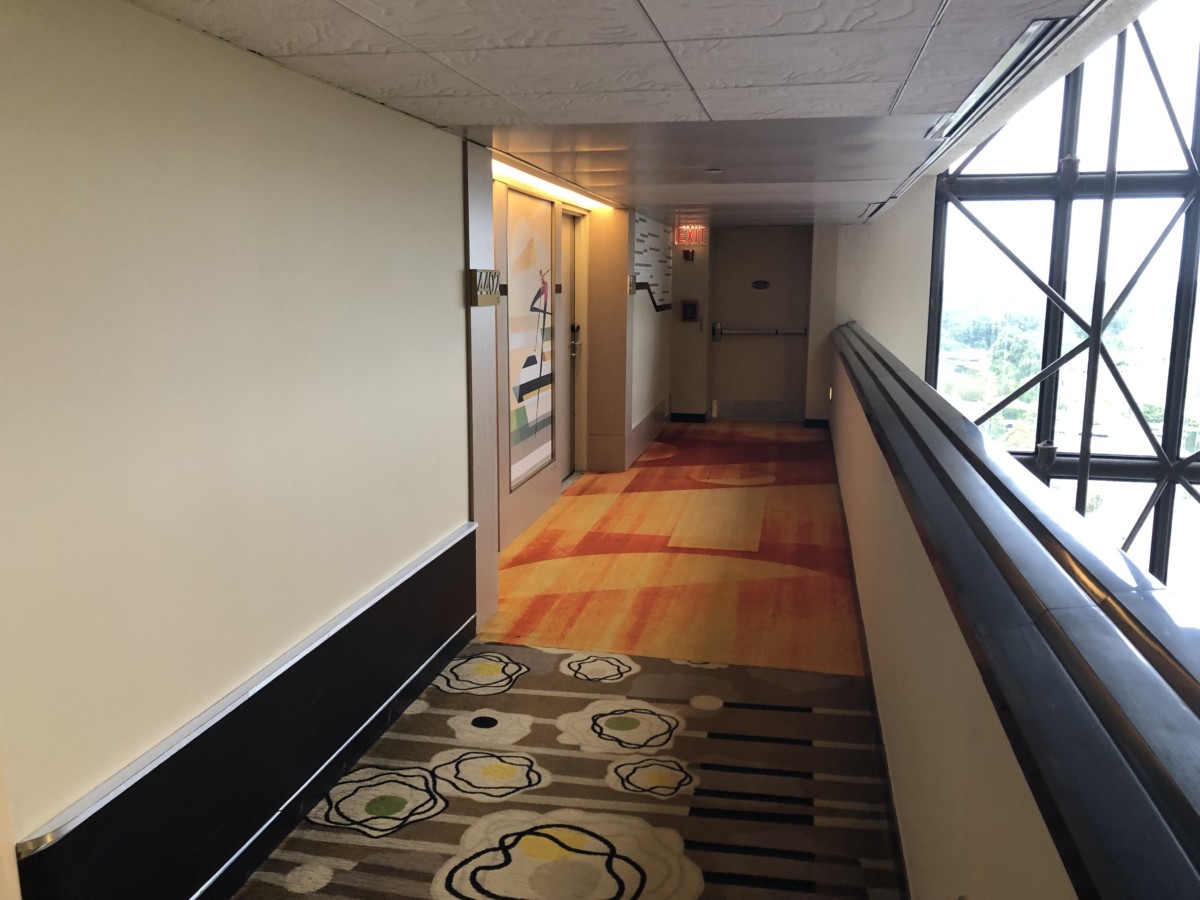 The redesign would be a better fit for Bay Lake Tower next door perhaps as the orange and yellow tones would match their design color scheme far better, but whether this will carry over to the neighboring DVC resort is still unknown. 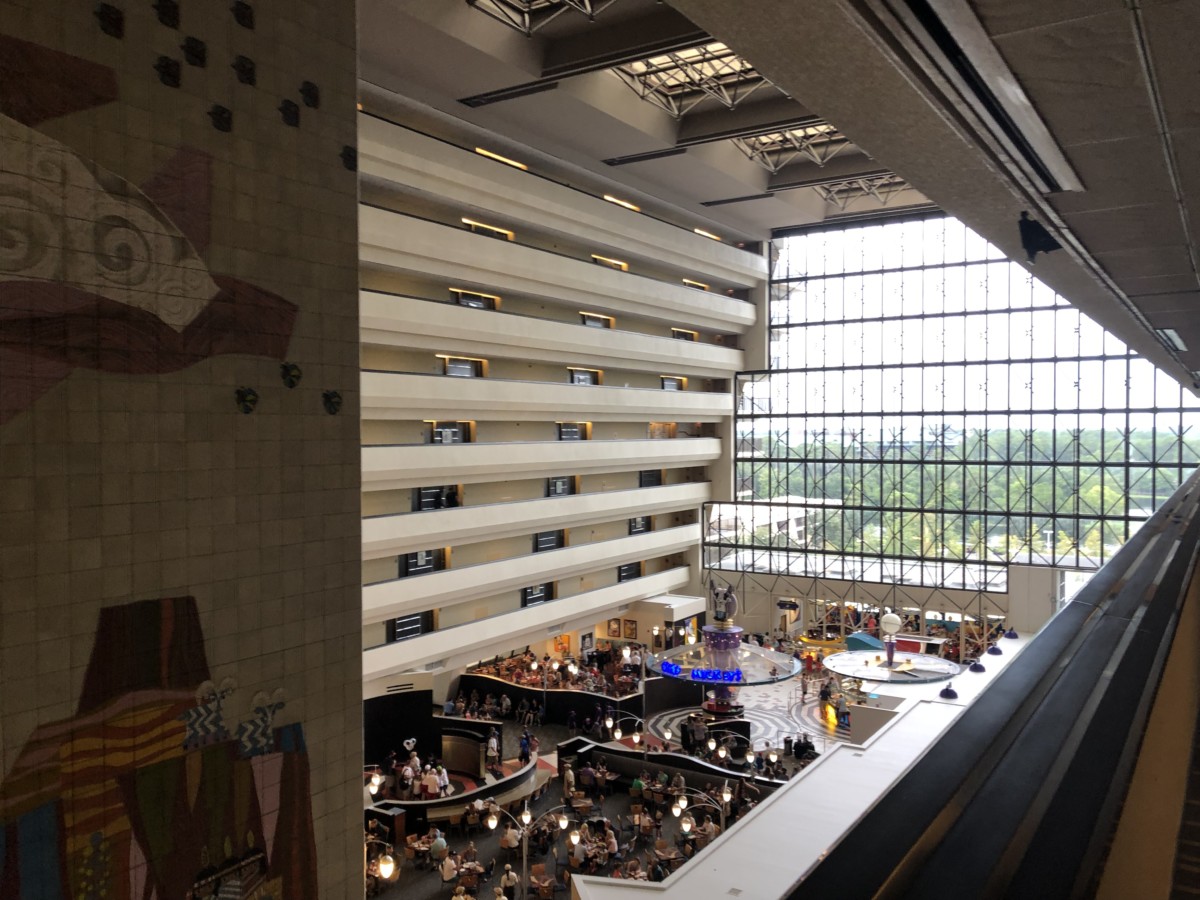 This redesign brings up a number of problematic ponderings. If the resort gets a full-on Incredibles overlay and Chapek’s “inevitable” Incredibles Steakhouse takes over, what will happen to the iconic Chef Mickey’s? What about the Mary Blair murals? Will it still all make sense in the gutted, retro-futuristic concourse of Disney’s Contemporary IP Resort? And what of the future of the soon-to-be-also-gutted Disney’s Grand Floridian Resort? Is no monorail resort safe? And while we’re at it, when will we get new monorails, anyway? Tune in next time to find out!