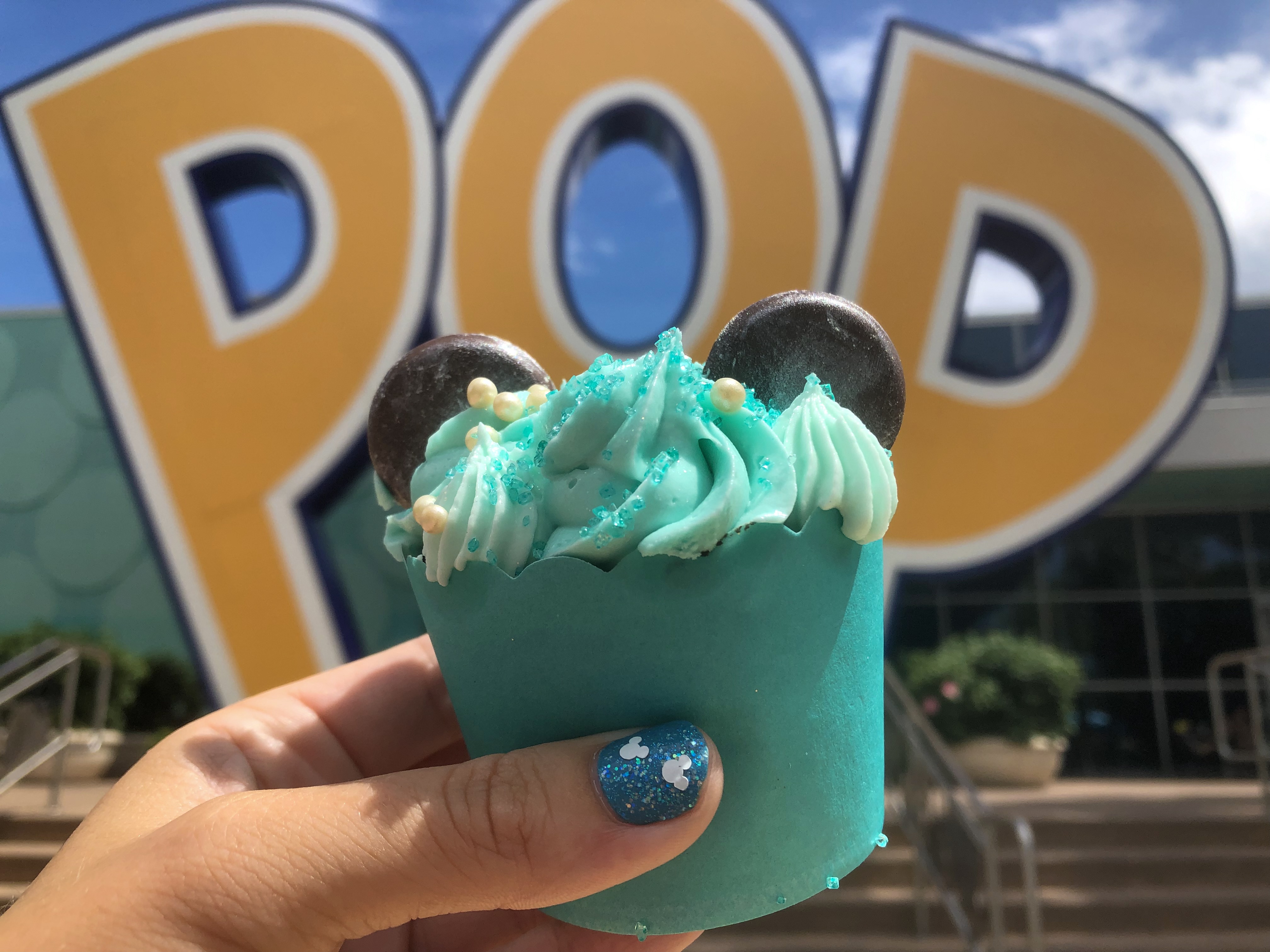 There has been a flurry of new Arendelle Aqua treats arriving across the Walt Disney World Resort as we welcome the latest Disney color trend. We’ve encountered some seriously sweet treats, but this one might have them all beat. Nobody said that was a good thing, though. 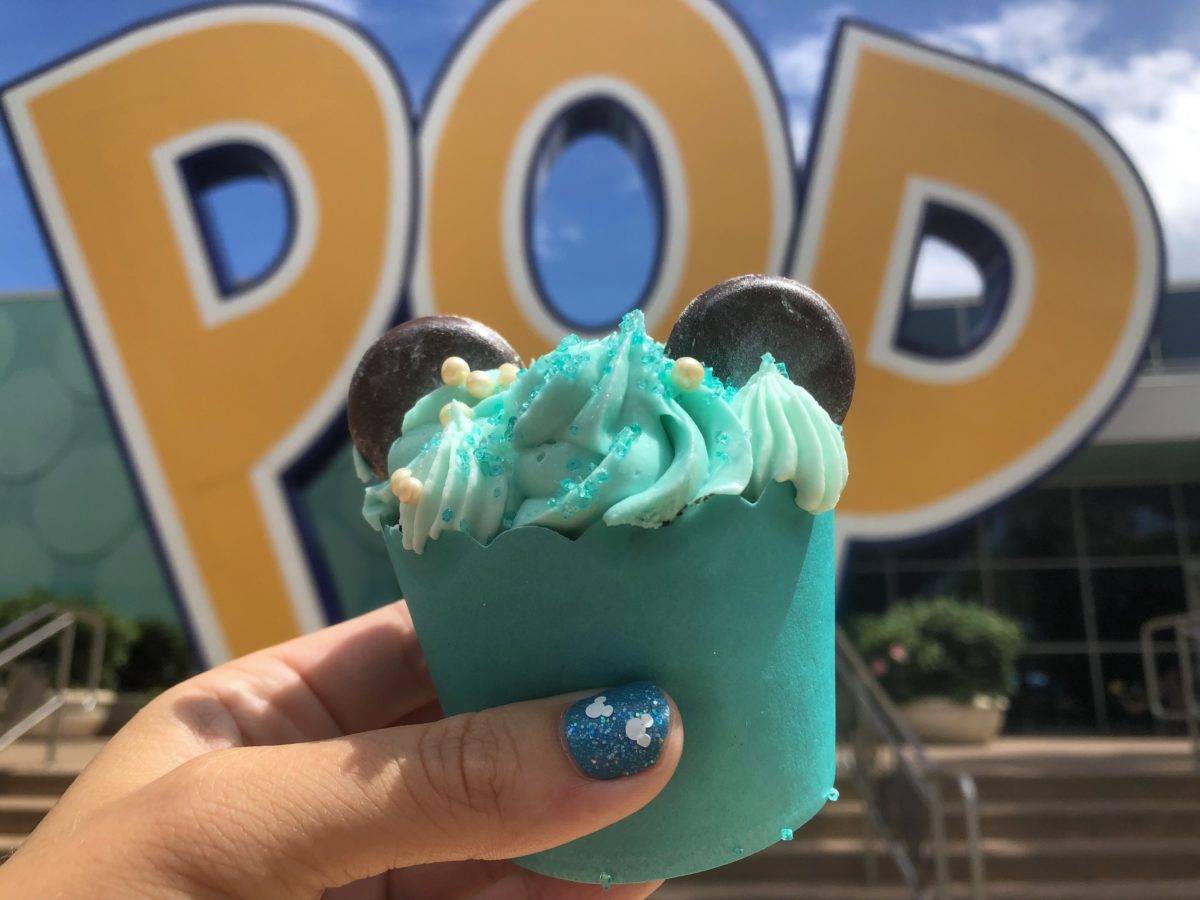 Everything POP Shopping & Dining at Pop Century has debuted a new Arendelle Aqua Cupcake and the description sounds amazing. A chocolate cake is topped with marshmallow flavored buttercream and decorated with two chocolate disc ears. The inside is filled with more buttercream, but thankfully it’s a different flavor of buttercream. This is a wise decision, rather than just pumping more of the same frosting into the center. 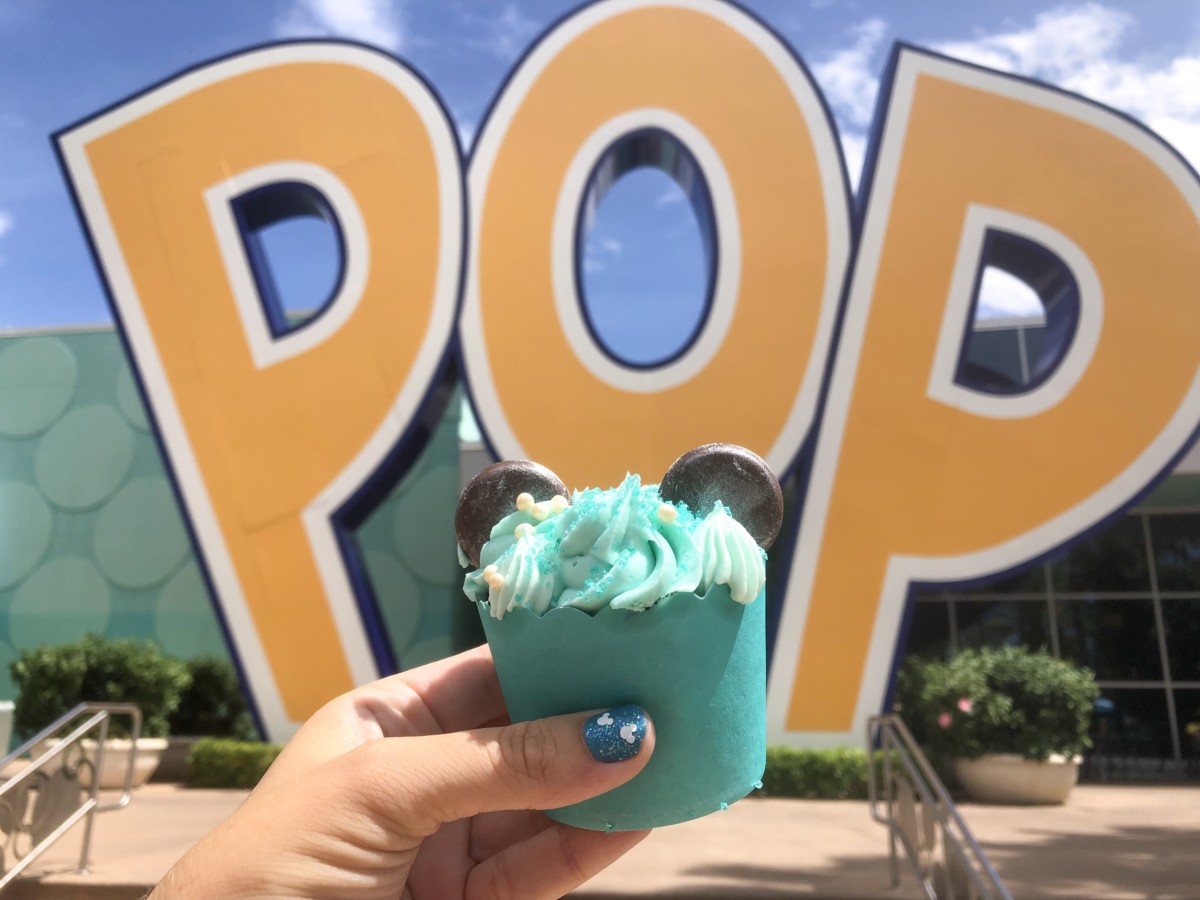 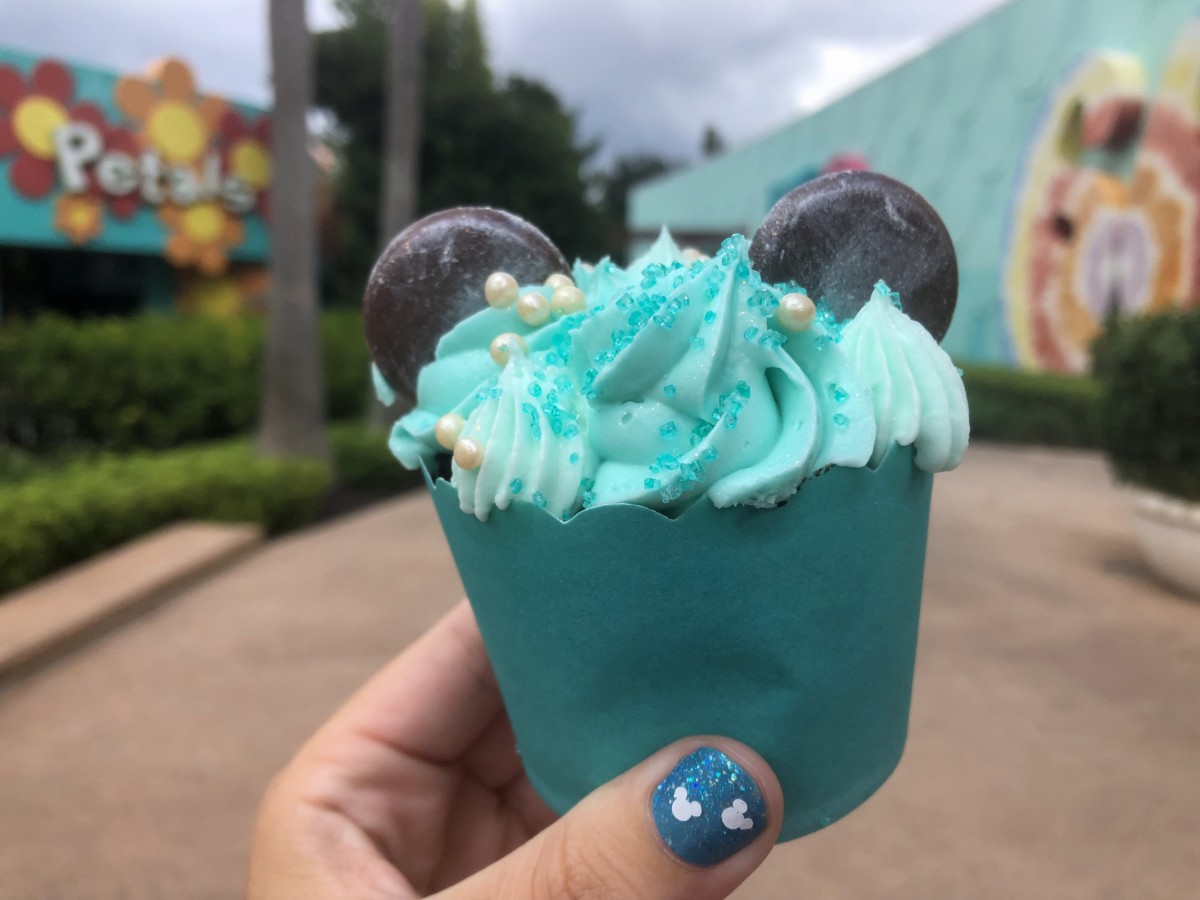 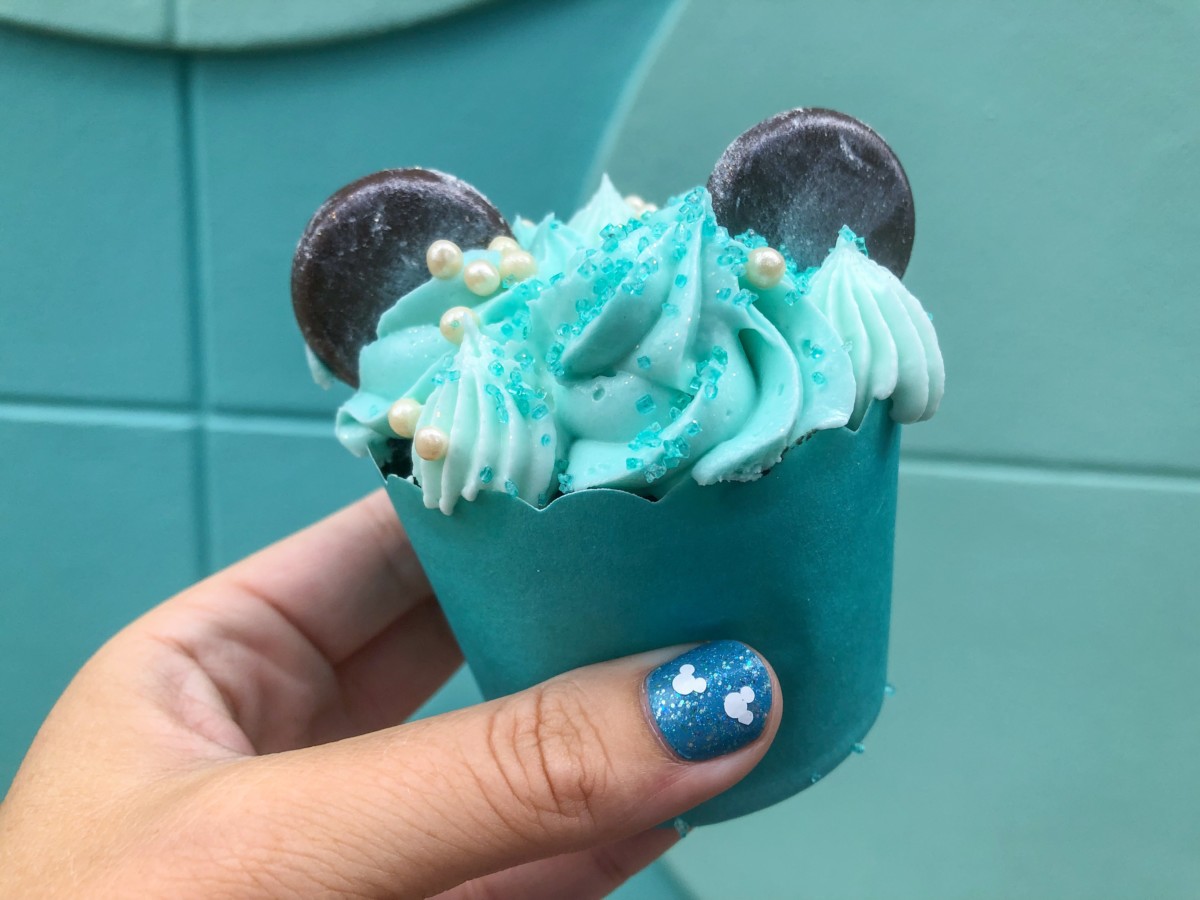 There’s even an Arendelle Aqua Wall! Okay, so maybe it’s the same wall that’s always been there, but it matches. 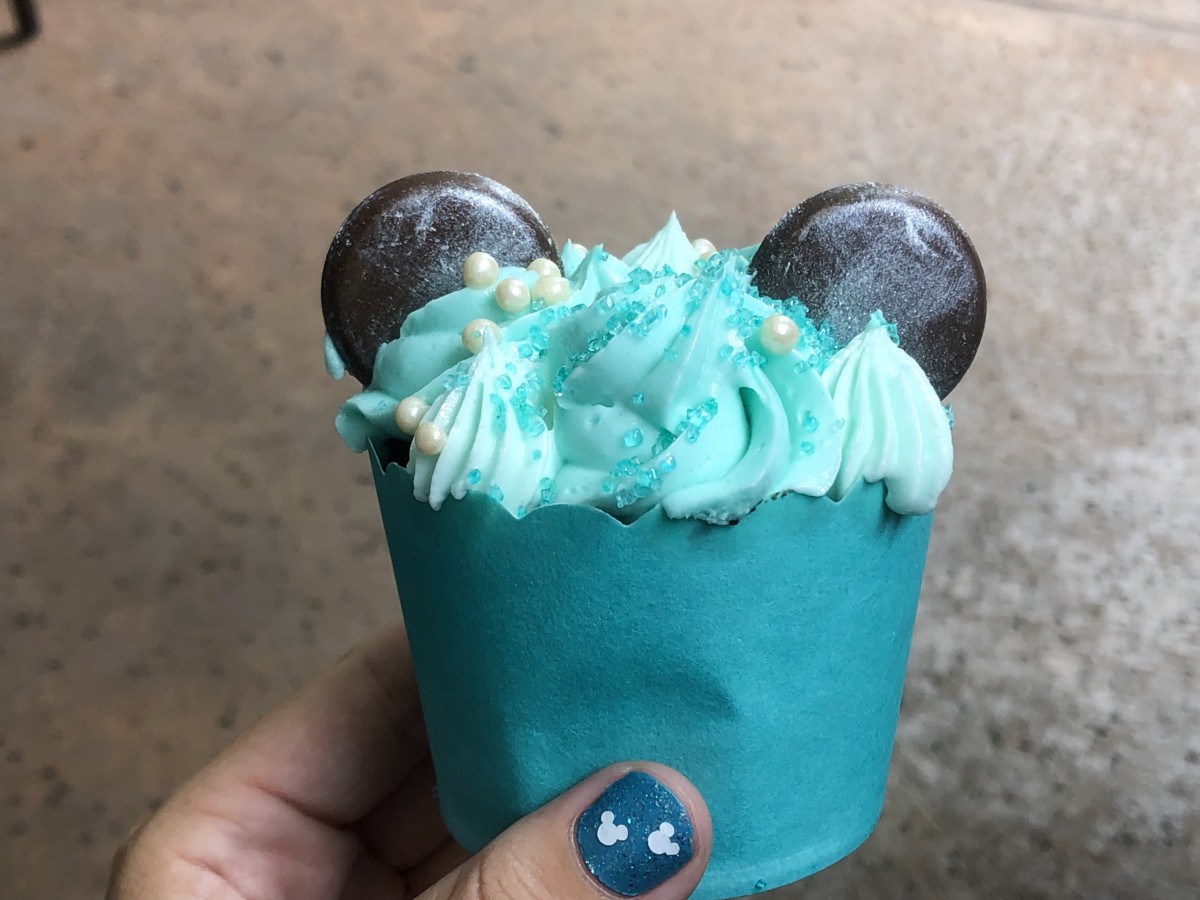 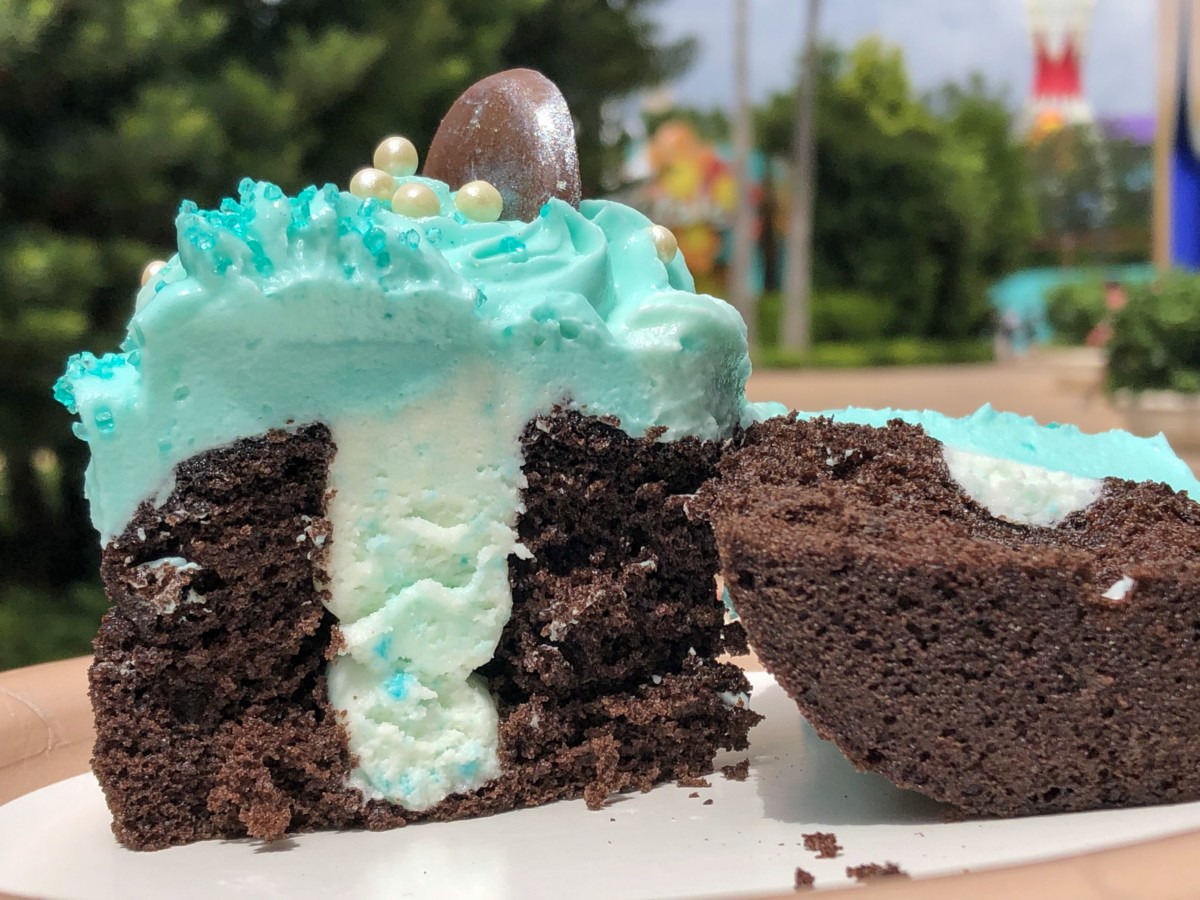 Inside the cake, we find the thick layer of dense cotton candy flavored buttercream. Whoa, it’s sweet! We were actually surprised at how sweet and sugary the center was compared to the frosting on the top. It caught us a little off guard after the light frosting taste. 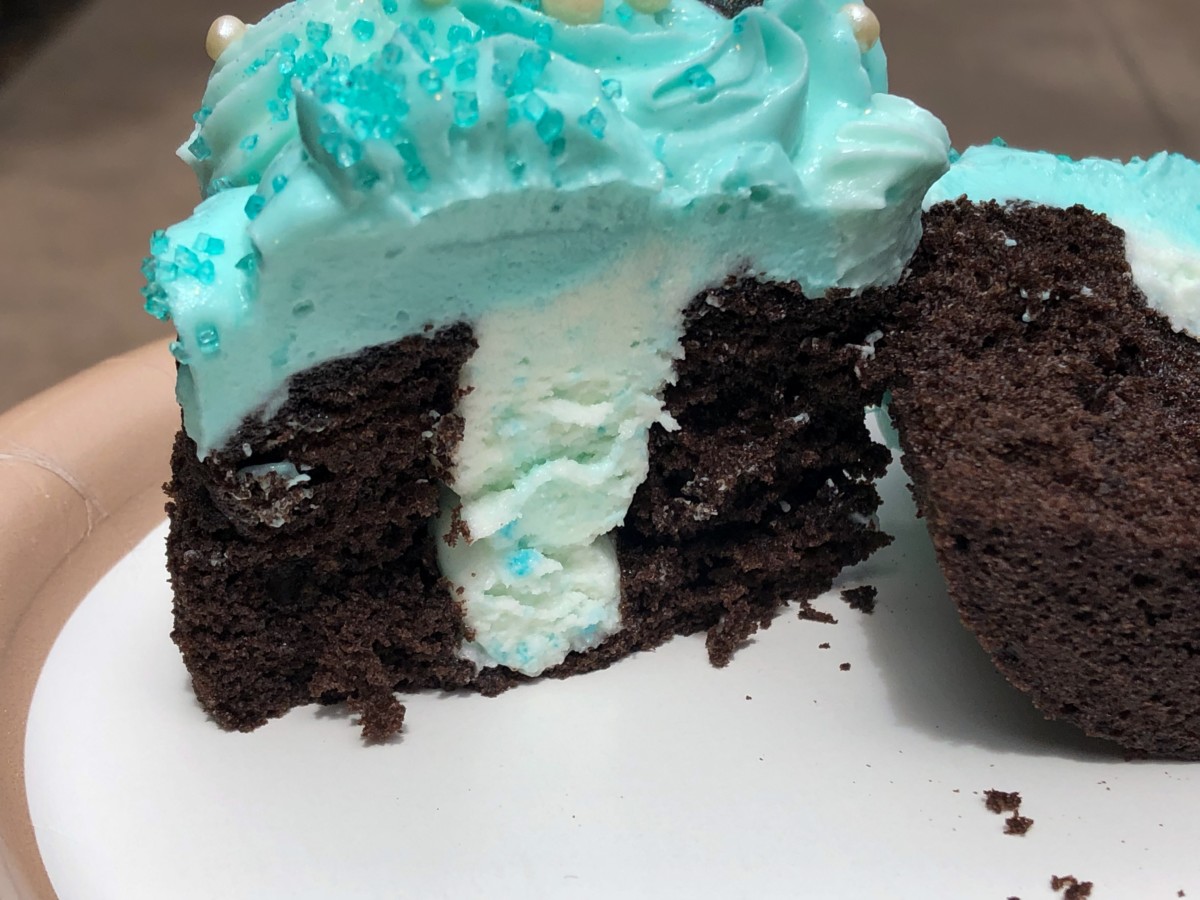 This is one of the sweeter treats we’ve encountered. It’s a little too sweet, but if you’re in need of a sugar rush, take a trip to Everything POP Shopping & Dining. Or maybe you can just let it go…