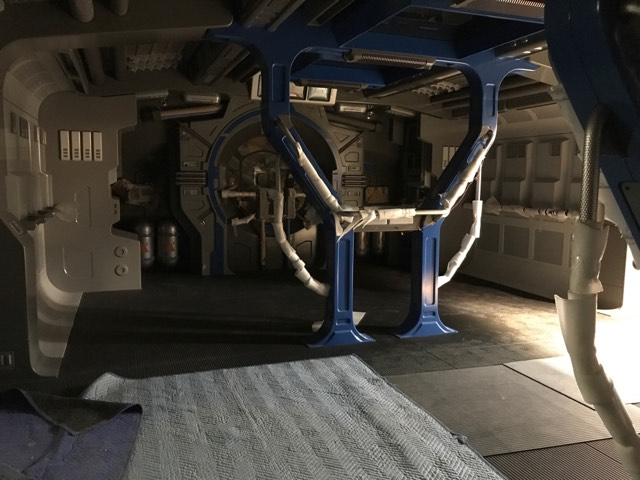 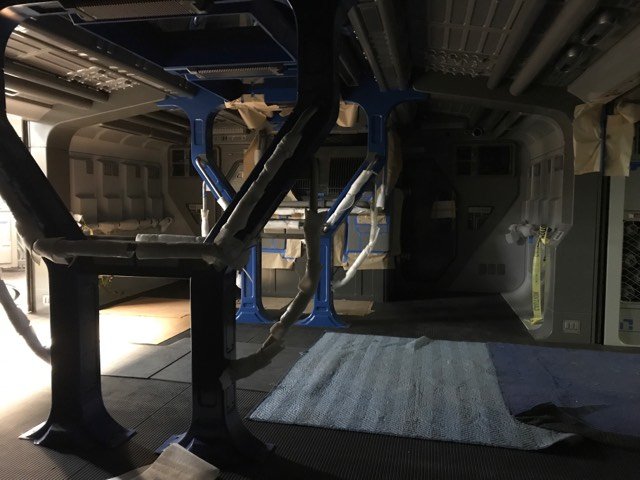 The Resistance Intersystem Transport Ship will act as a post-pre-show in the sense that this is where guests will walk in after the pre-show and be “transported” to a different location. Analogous to the elevators in the Haunted Mansion, the shuttle will “drop off” guests inside a different room within the attraction after turning 180 degrees via a turntable mechanism. According to the attraction’s storyline, Poe Dameron will invite guests on a mission onboard his X-wing, but somewhere along the way, the shuttle will be intercepted by a First Order Star Destroyer and tractor beamed onto its hangar bay.

The interior of the shuttle, much like many forms of transportation, will have standing and sitting room while guests are transported. 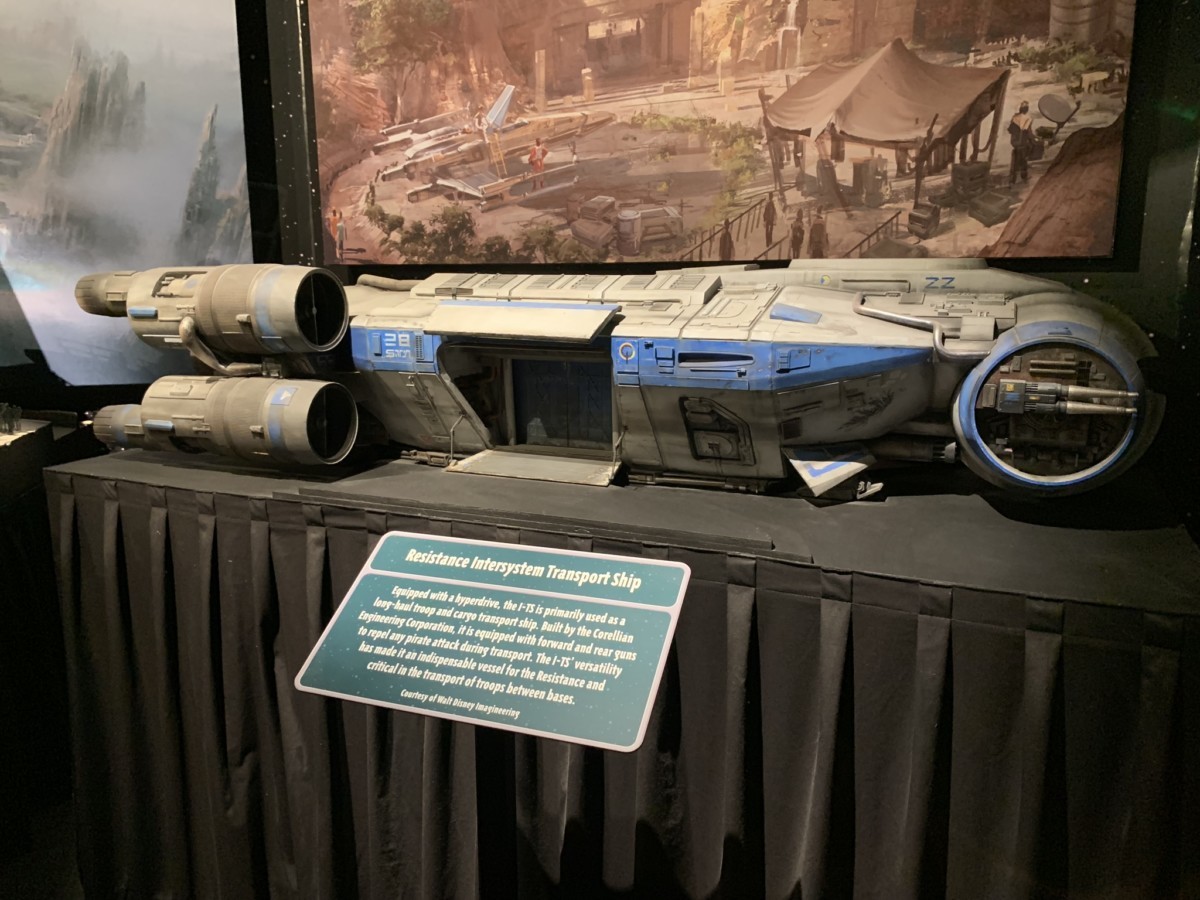 The Resistance Intersystem Transport Ship has been on display at Walt Disney Presents for some time now along with the rest of the Star Wars: Galaxy’s Edge models. 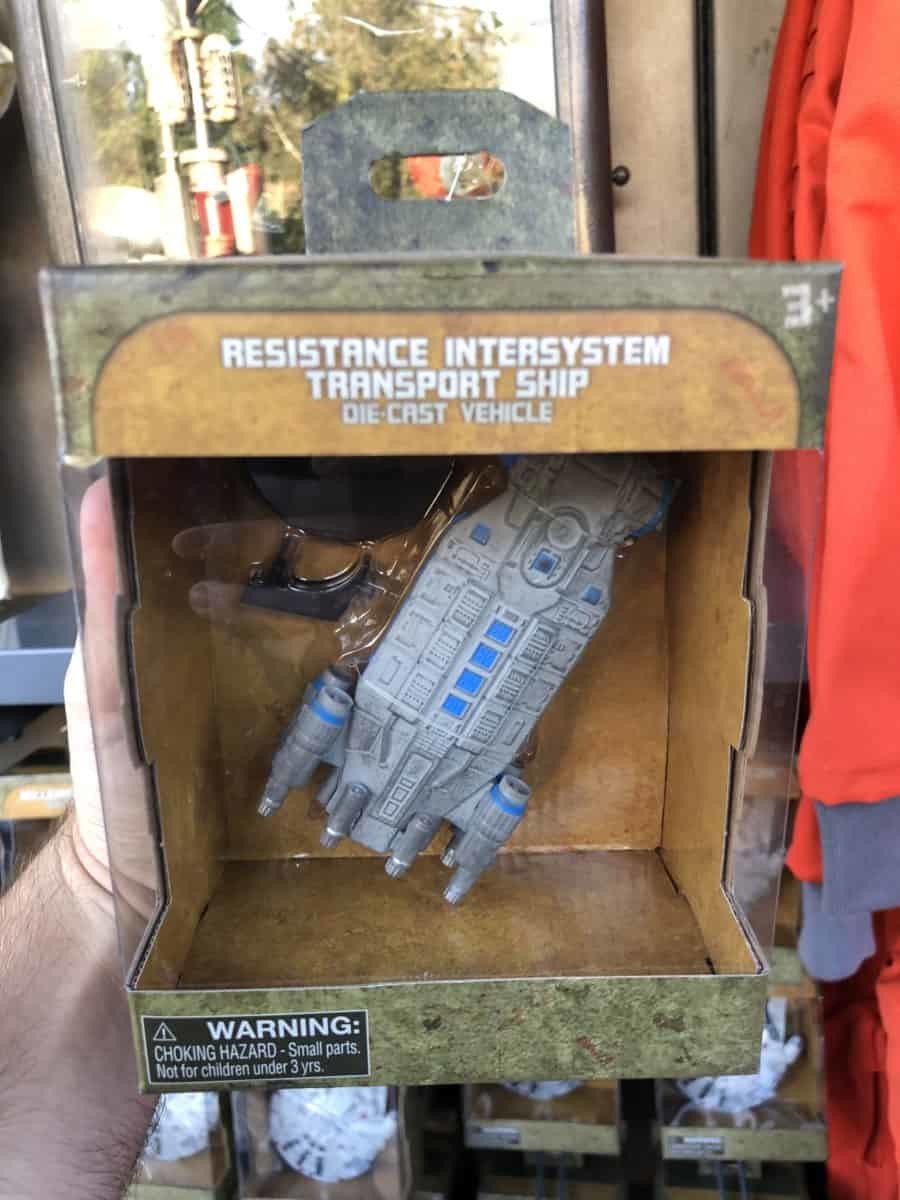 You can even purchase a die-cast version of the Resistance Intersystem Transport Ship at Resistance Supply. 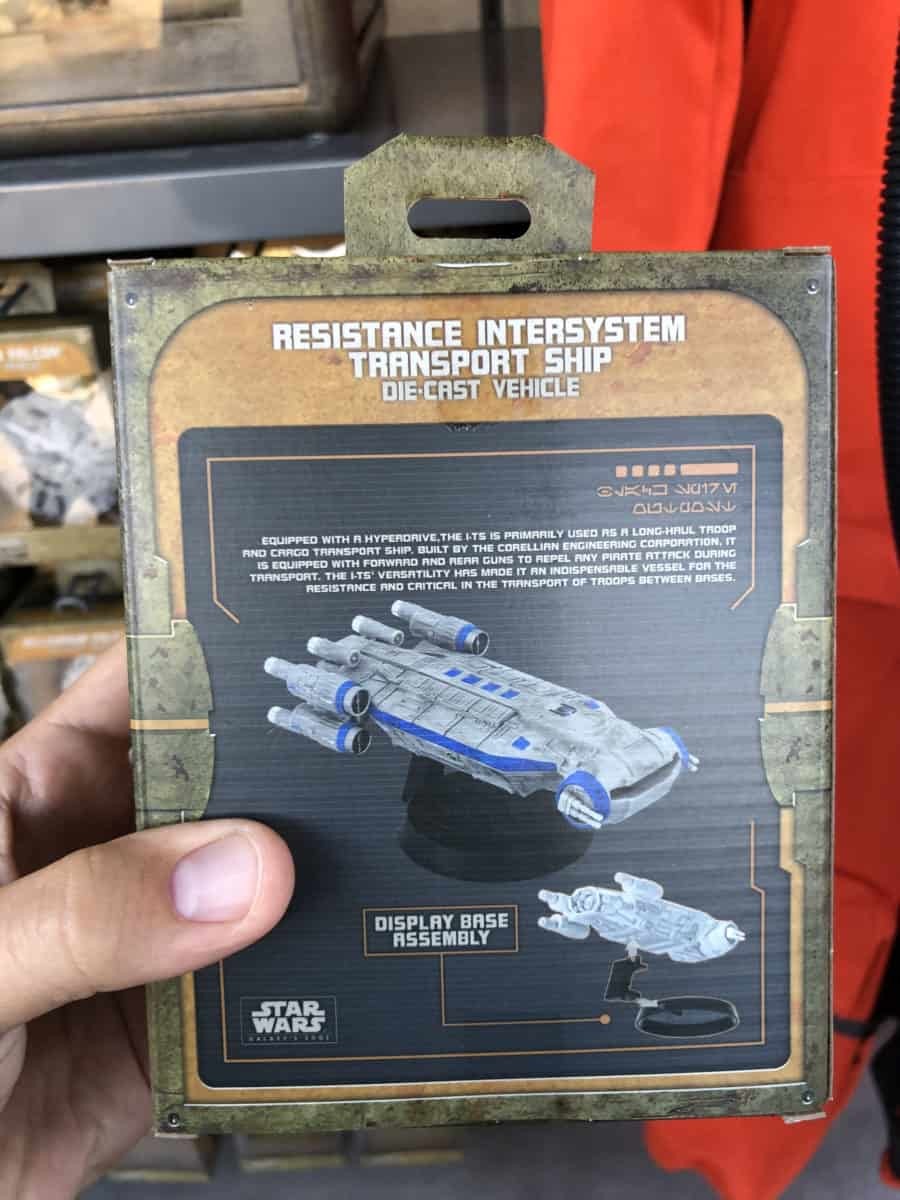 Here’s how the Resistance Intersystem Transport Ship is described on the packaging:

Equipped with a hyperdrive, the I-TS is primarily used as a long-haul troop and cargo transport ship. Built by the Corellian Engineering Corporation, it is equipped with forward and rear guns to repel any pirate attack during the transport. The I-TS’ versatility has made it an indispensable vessel for the Resistance and critical in the transport of troops between bases.