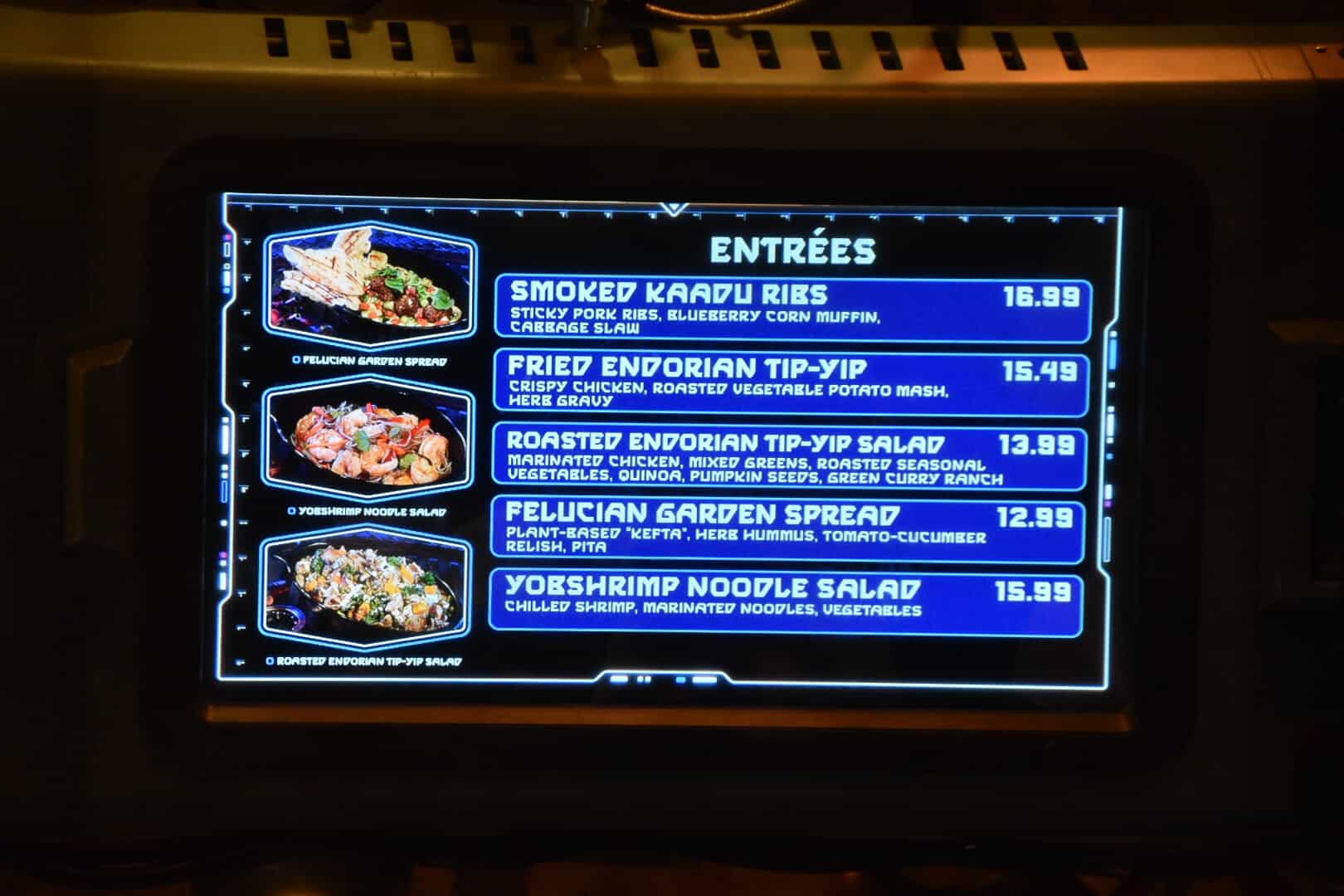 Disney has changed the names of the menu items at Docking Bay 7 Food & Cargo to remove the Star Wars-themed names in Disney’s Hollywood Studios. Previously, names like Smoked Kaadu Ribs and Fried Endorian Tip-Yip graced the menu, adding to the theme of Star Wars: Galaxy’s Edge.

All of the main entrees, including kids meals, now have straightforward, non-themed names: 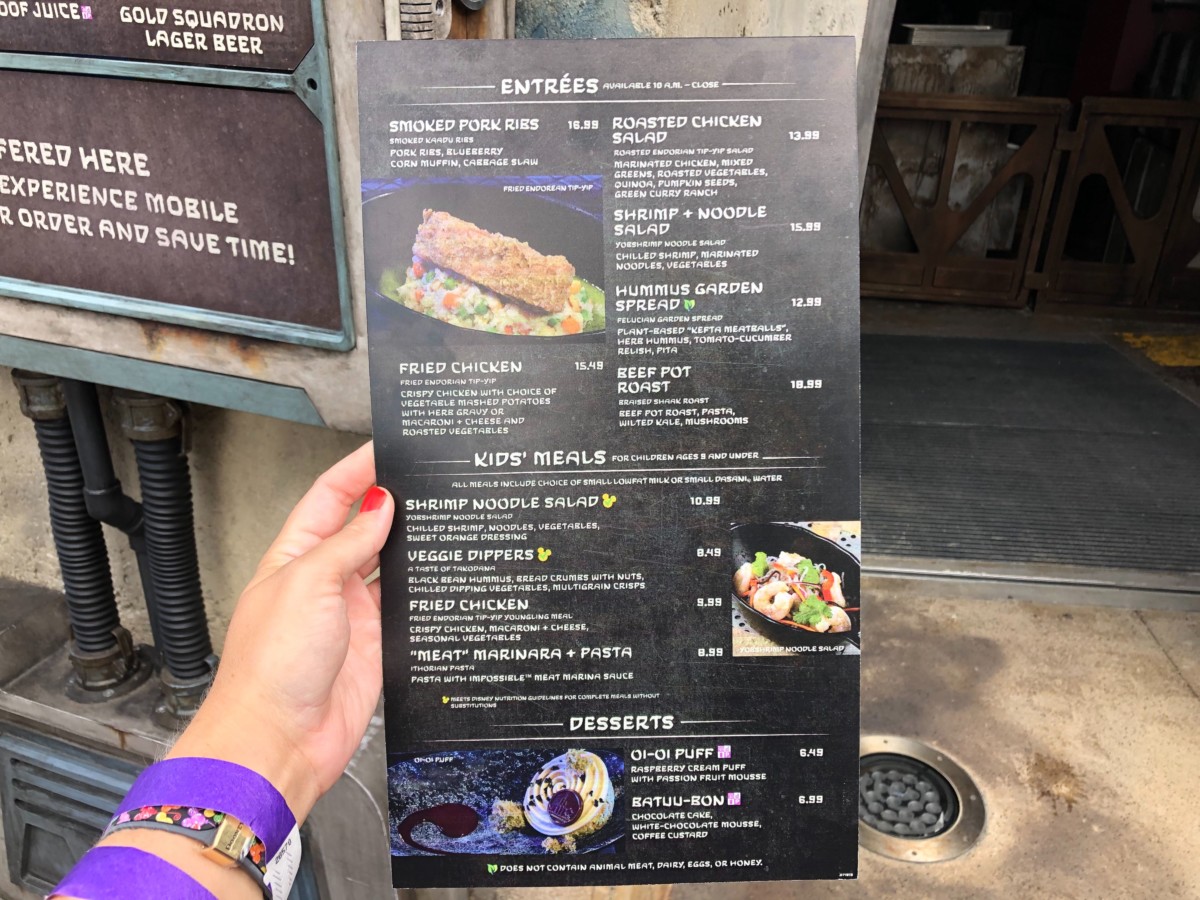 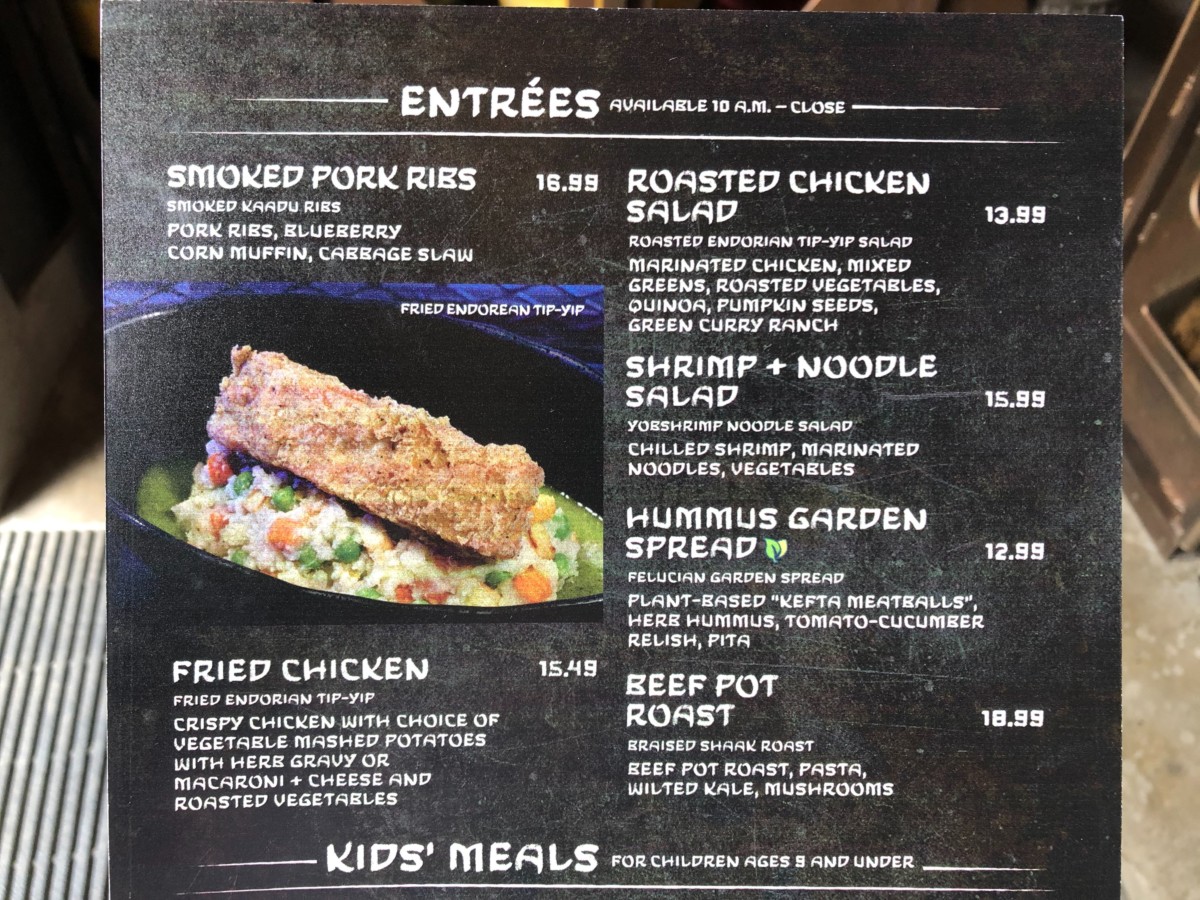 Do note that the original Star Wars themed names are still listed on these, just in very tiny font beneath the new labels, probably to remind those who’ve gotten used to ordering the items by their original names that their favorite dishes are still here. 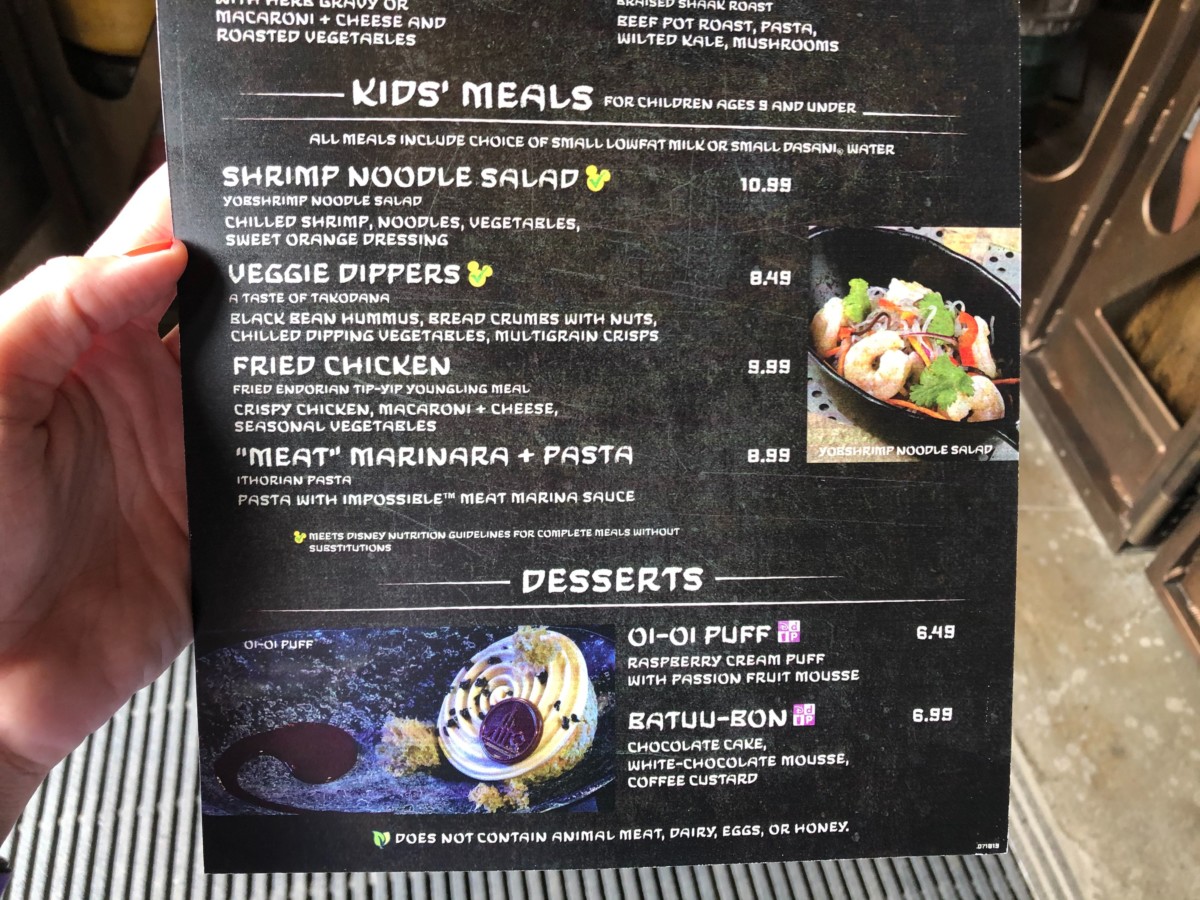 As with the adult menu, the Fried Endorian Tip-Yip is now listed as Fried Chicken under the Kids’ Meals section. The Taste of Takodana is now labeled “Veggie Dippers”. 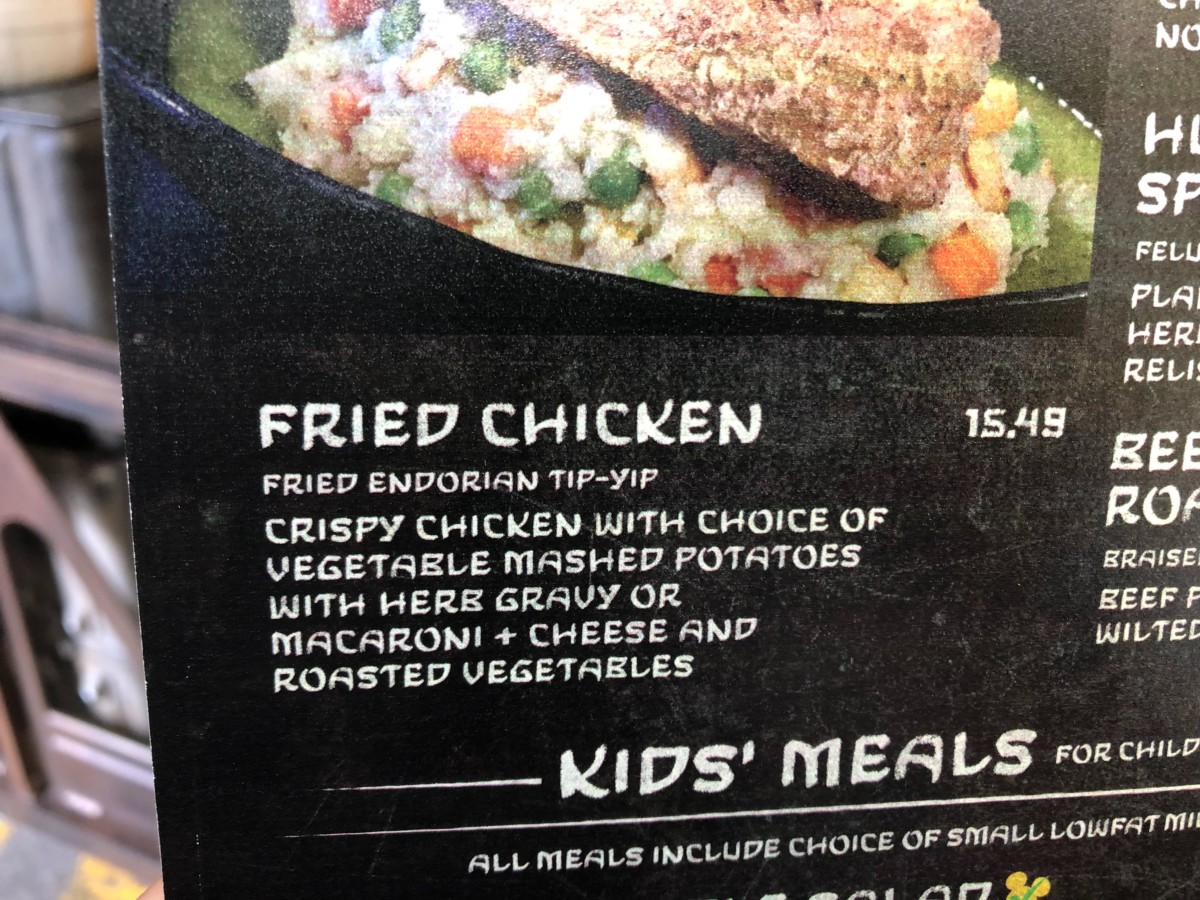 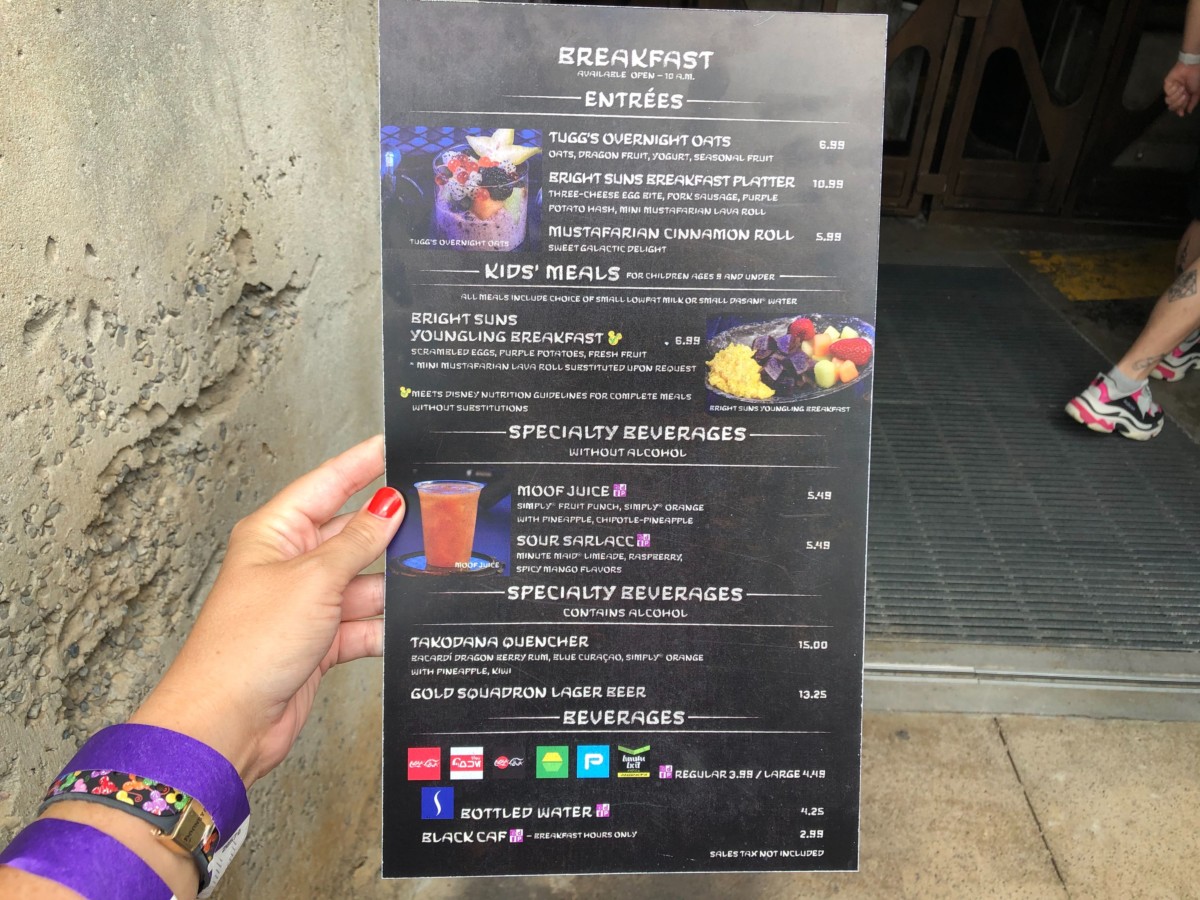 Here’s a look at the online menus:

Despite menu descriptions and photos, it appears Disney wanted to make ordering easier for guests by removing the themed menu item names. This does come, of course, at the sacrifice of the in-depth immersion that was originally a part of the land’s mission. As of publishing time, the themed menu item names remain listed as-is for Docking Bay 7 at Disneyland’s Galaxy’s Edge.