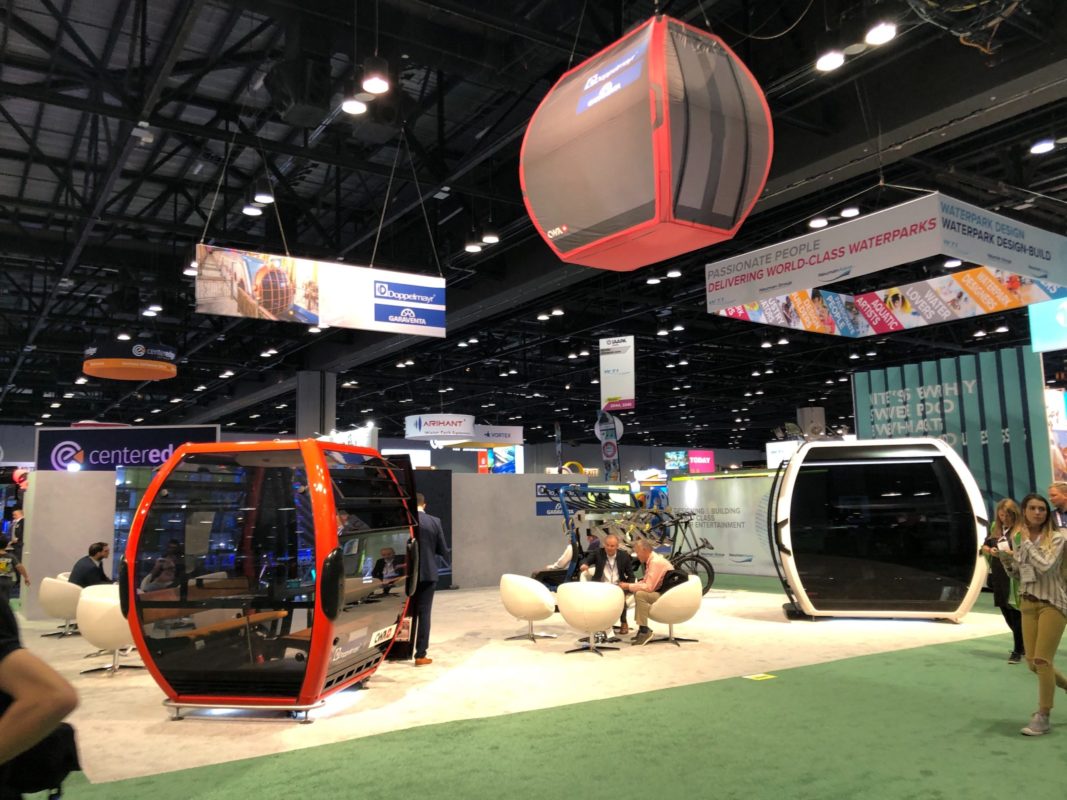 Doppelmayr has unveiled the Omega V gondola cabin, the new version of the Omega IV cabin currently being utilized on the Disney Skyliner. We snagged a look at the Omega V cabin at the 2019 IAAPA expo in Orlando, and it looks quite snazzy indeed. 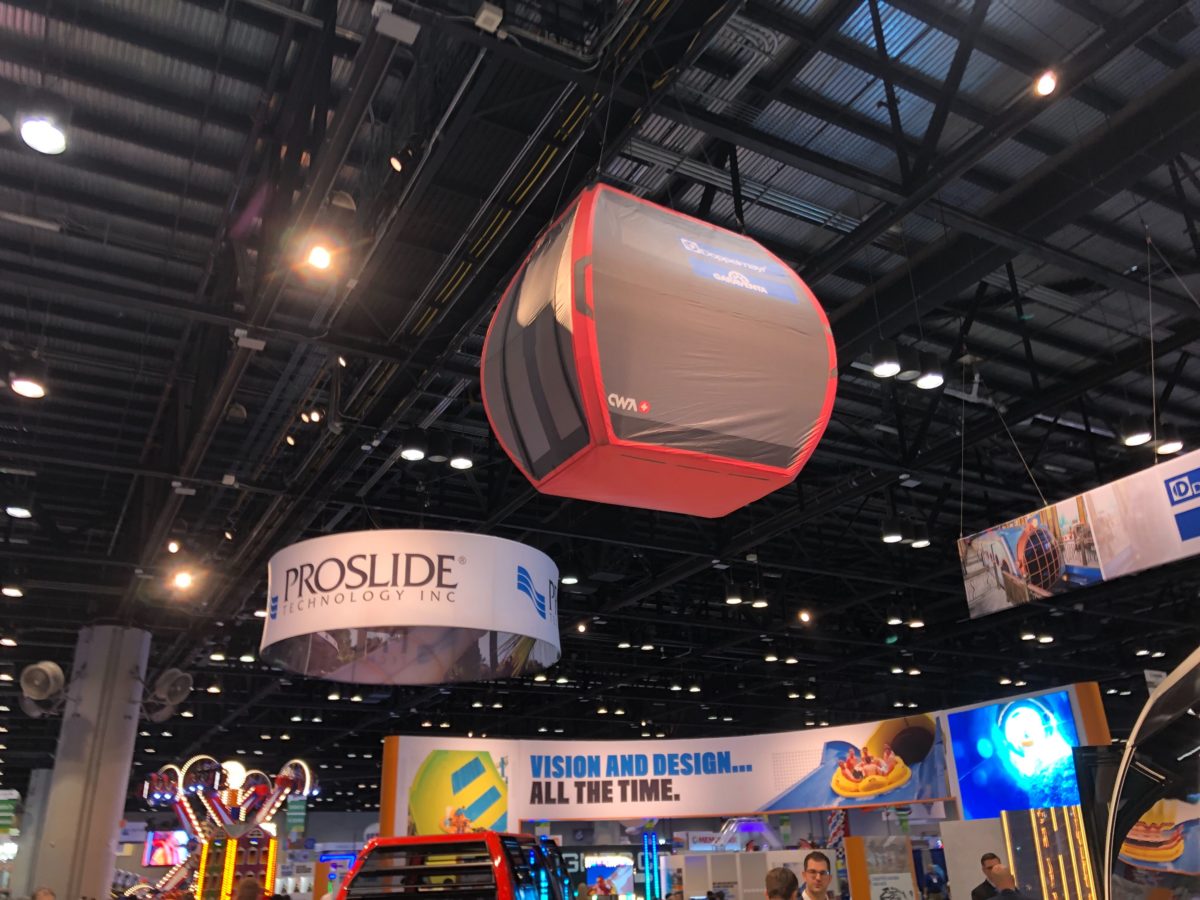 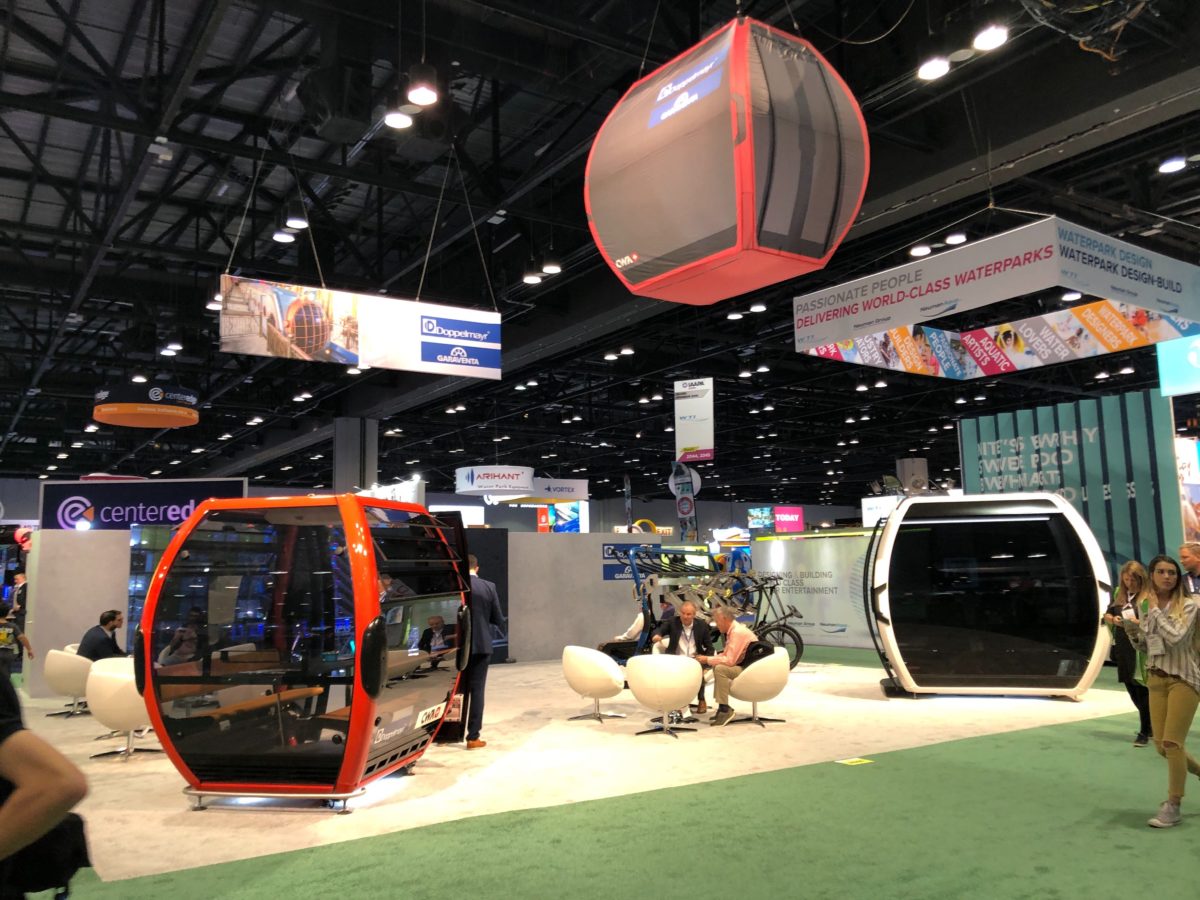 The Doppelmayr booth is definitely one of the coolest ones at the expo, with full-scale gondola cabins on display and even being used as meeting spaces for potential customers. 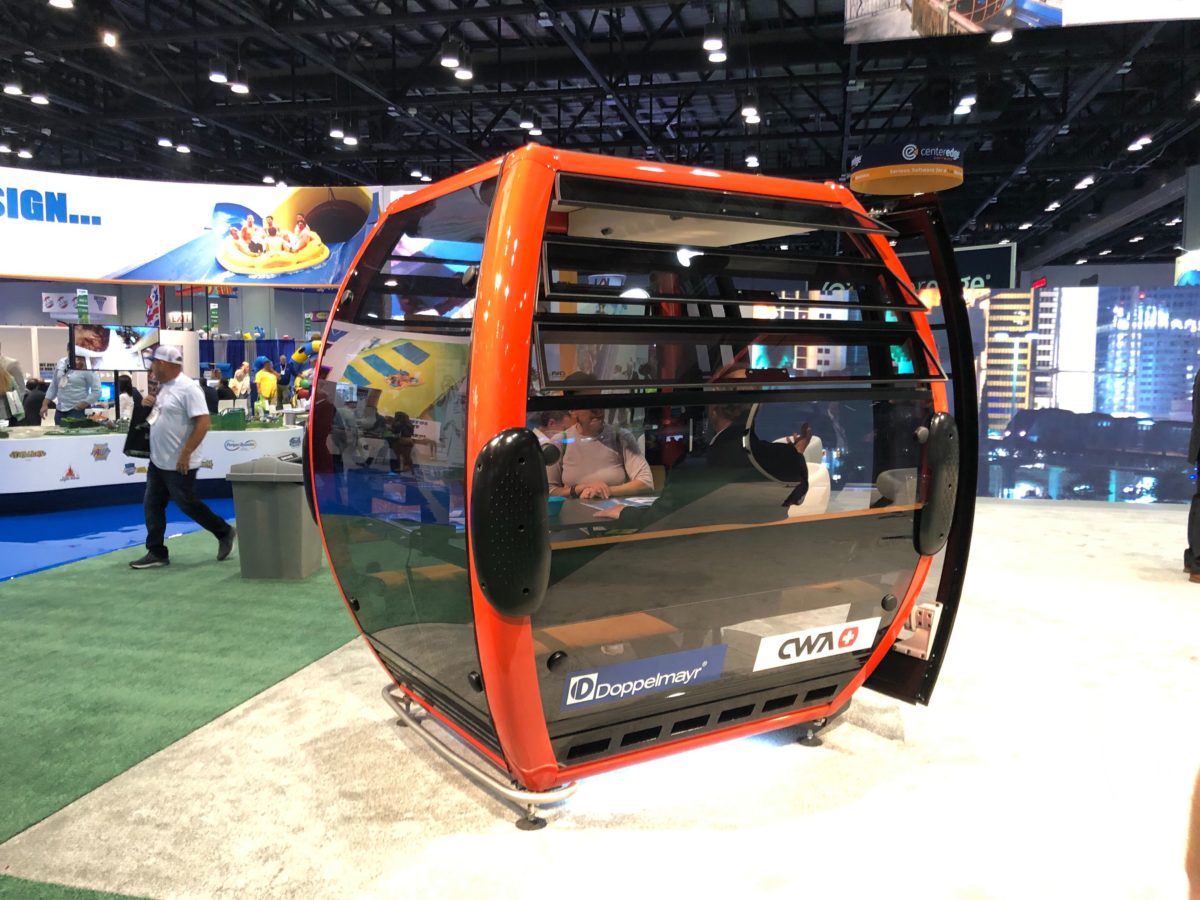 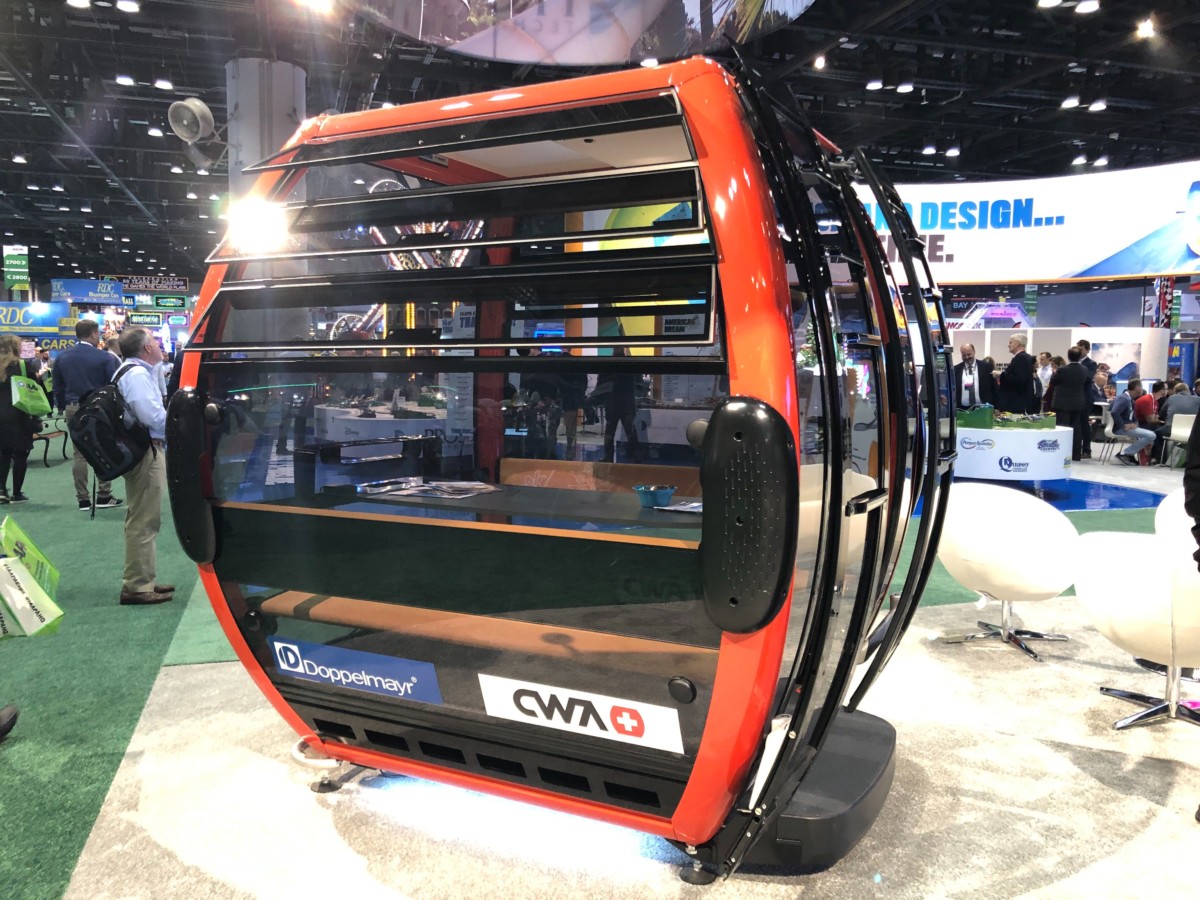 The exterior of the Omega V cabin is very similar to the Omega IV cabin used at Walt Disney World, as you can see from these photos. 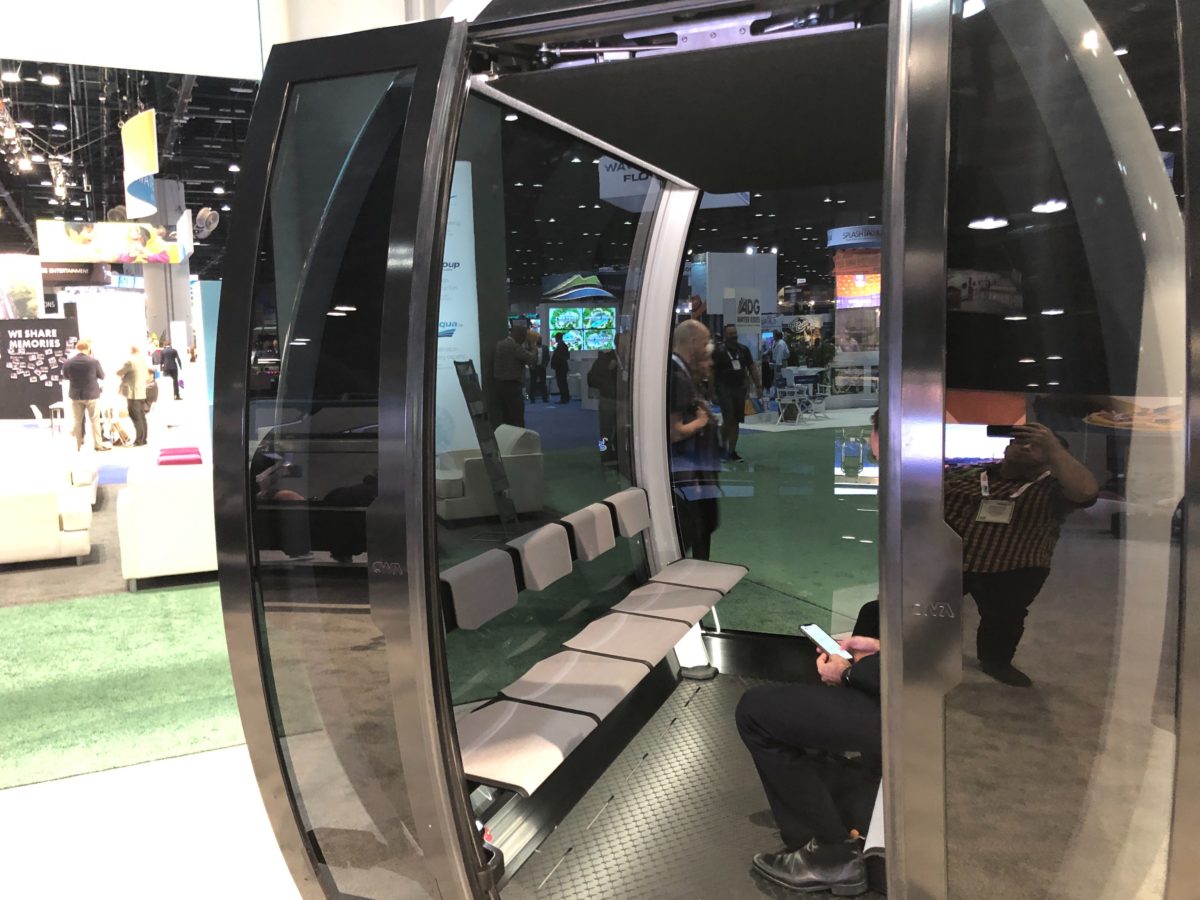 The entrance to the new cabin is a little larger than the Omega IV cabin and it features 10 individual seats which seems nicer (in theory) than the benches used on the Disney Skyliner.

According to Doppelmayr, these cabins are interchangeable with the system used for the Disney Skyliner. However, even though the Omega V cabin features an optional air conditioner, it is unlikely that Walt Disney World will upgrade their cabins so soon after the system’s grand opening, especially if a new monorail fleet is on the way.

What do you think of these new Omega V cabins?