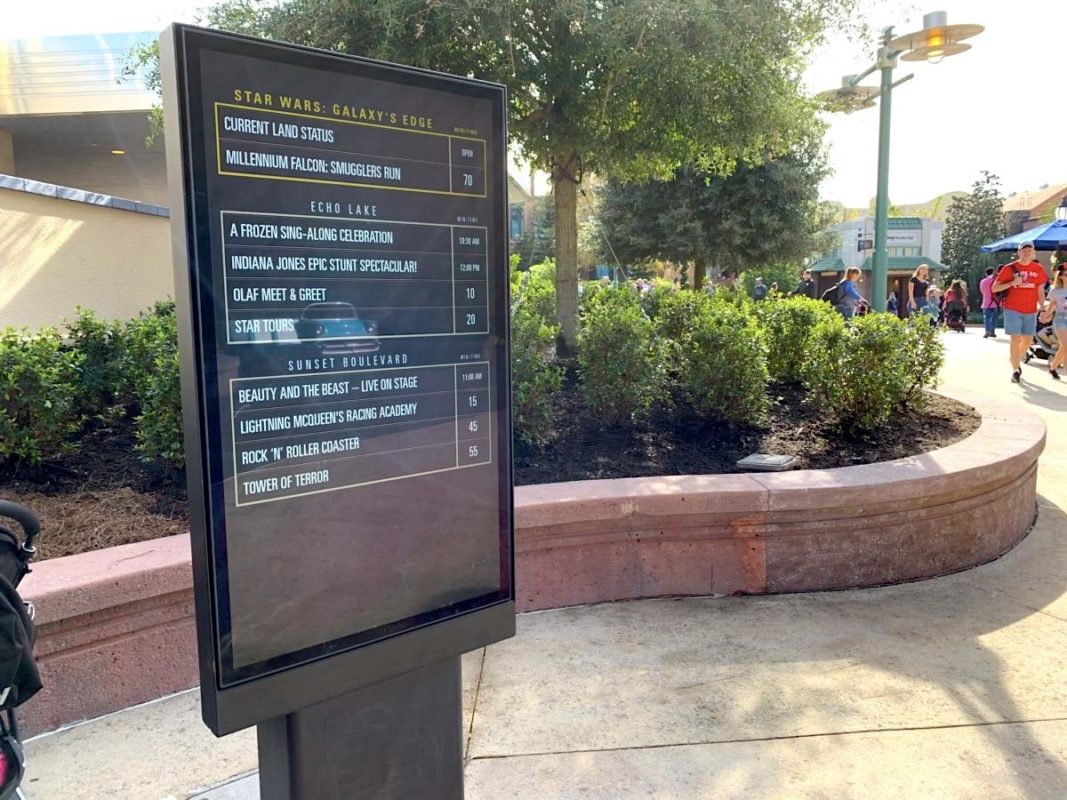 It seems we have been keeping tabs on a lot of trees recently throughout the Walt Disney World Resort. Between the new tree being planted in Liberty Square Market, the removal of trees in the France Pavilion and the addition of trees near the construction site for Remy’s Ratatouille Adventure, we just can’t seem to get away from Disney’s horticulture. 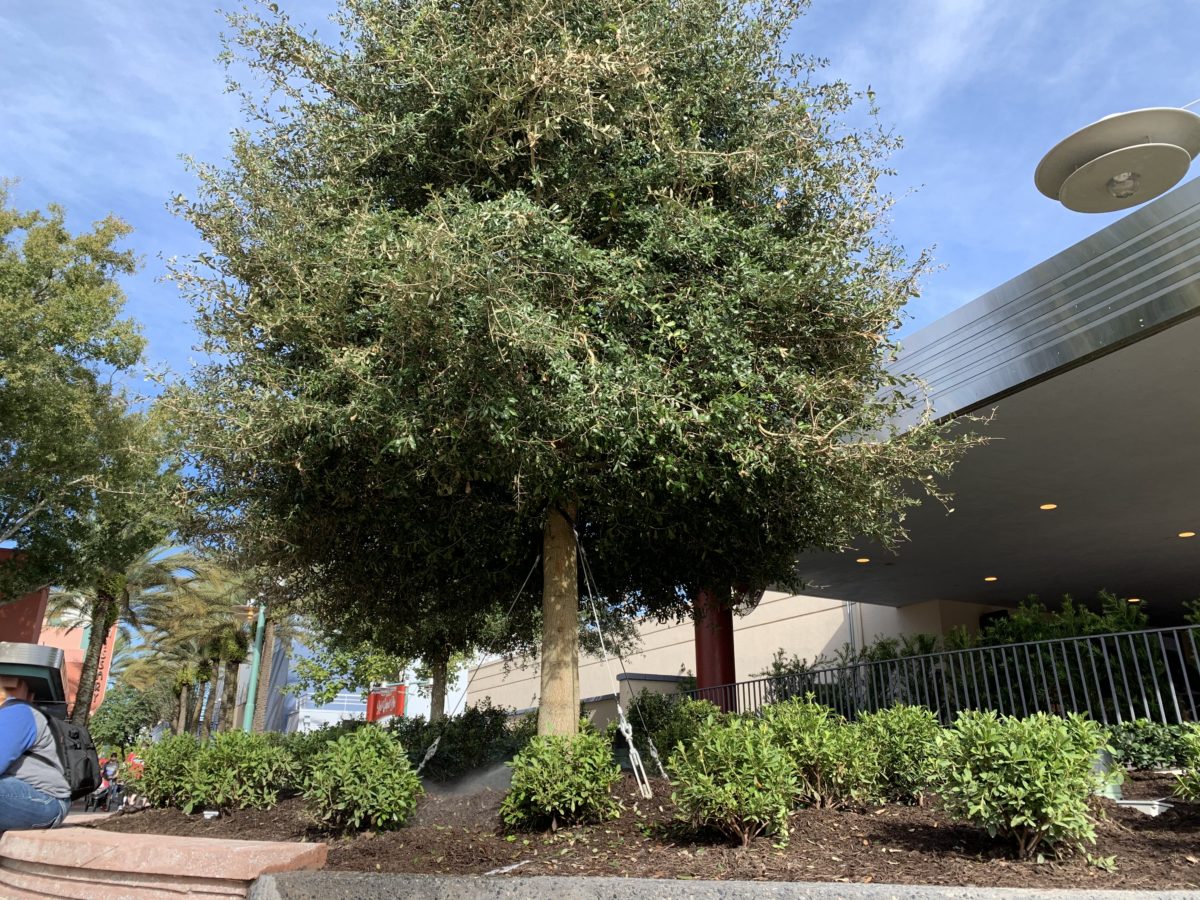 Late last week, we reported on the addition of two new trees in between Red Carpet Dreams and the new bathroom expansion, however, at the time they were still behind rolling planters. 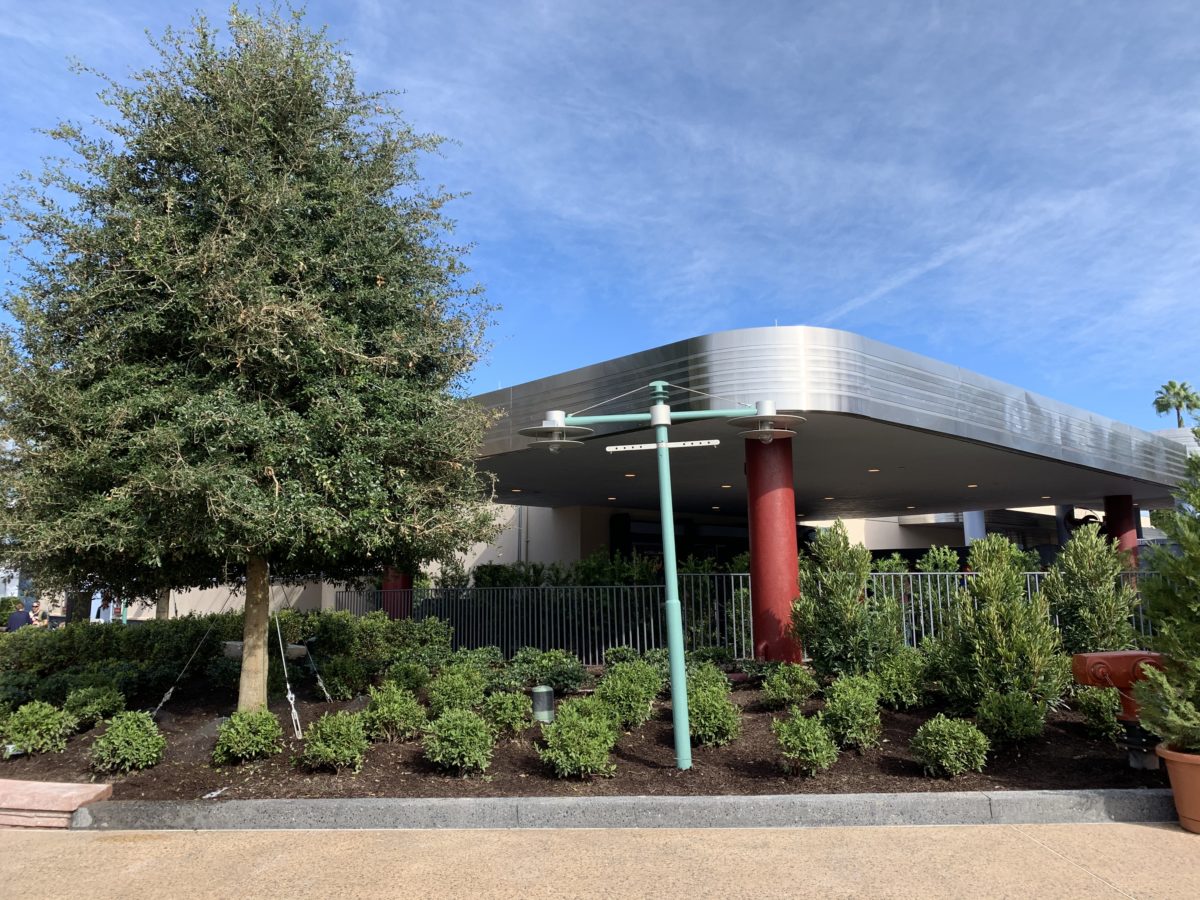 Today though, the planters were rolled away and the new greenery was revealed to the public. 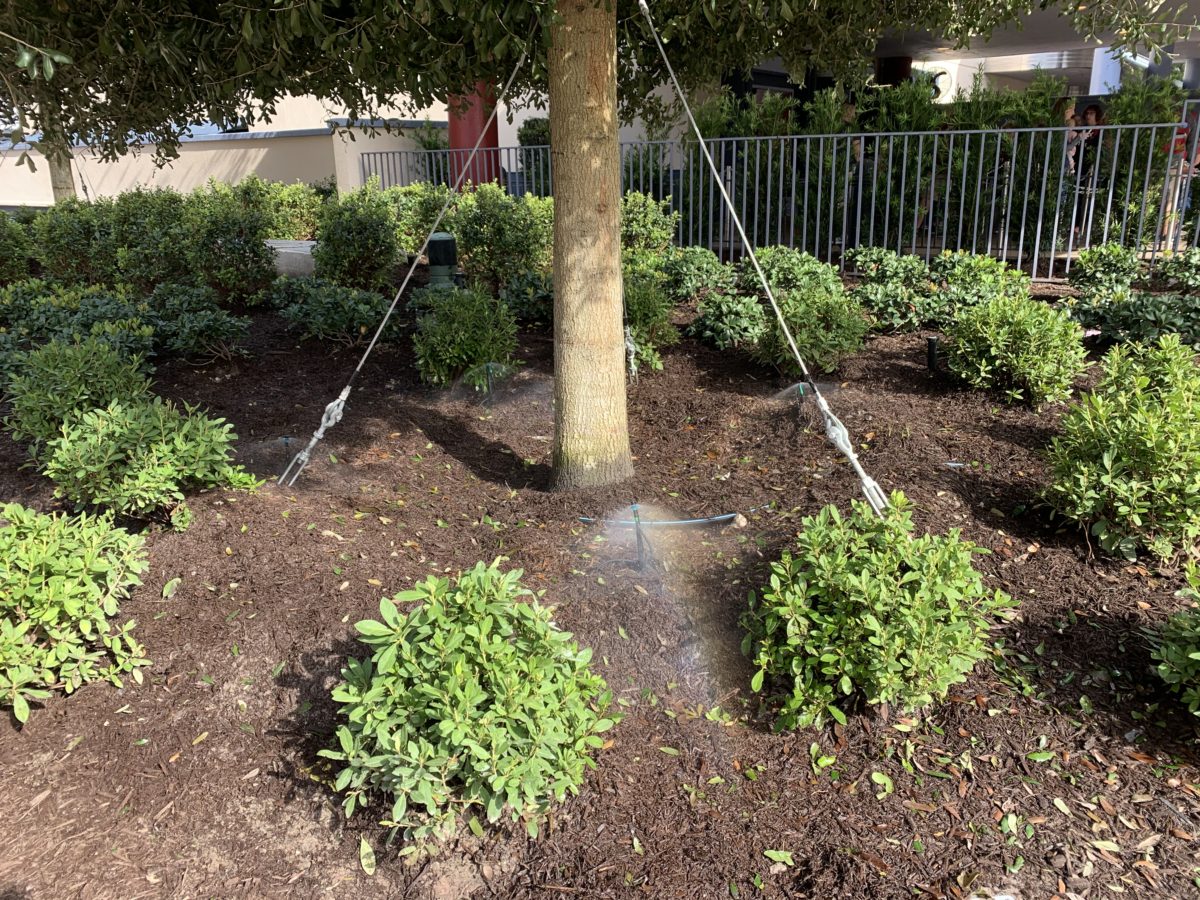 Some plants were even getting a little sprinkle of water to keep them alive and thriving. Maybe someone should do the same to the poor dying tree in Liberty Square. 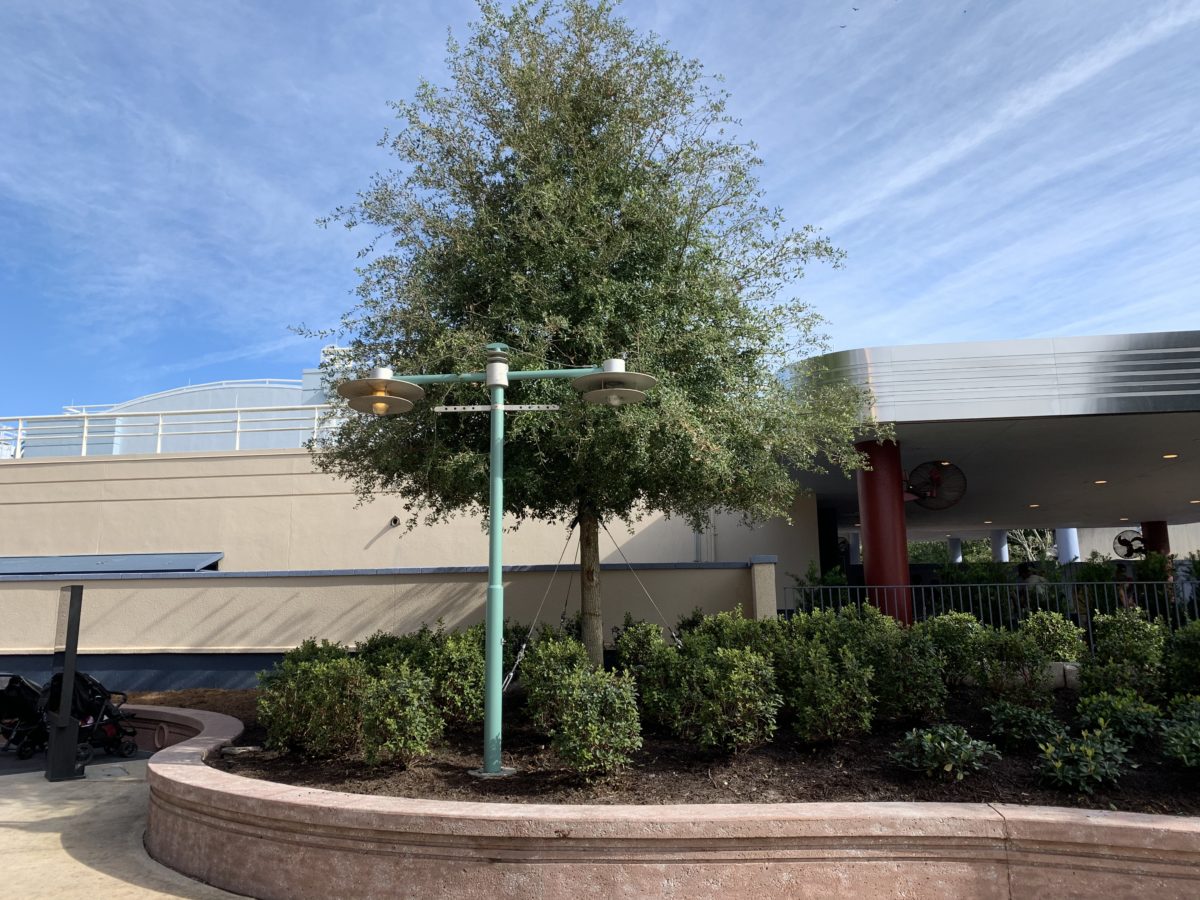 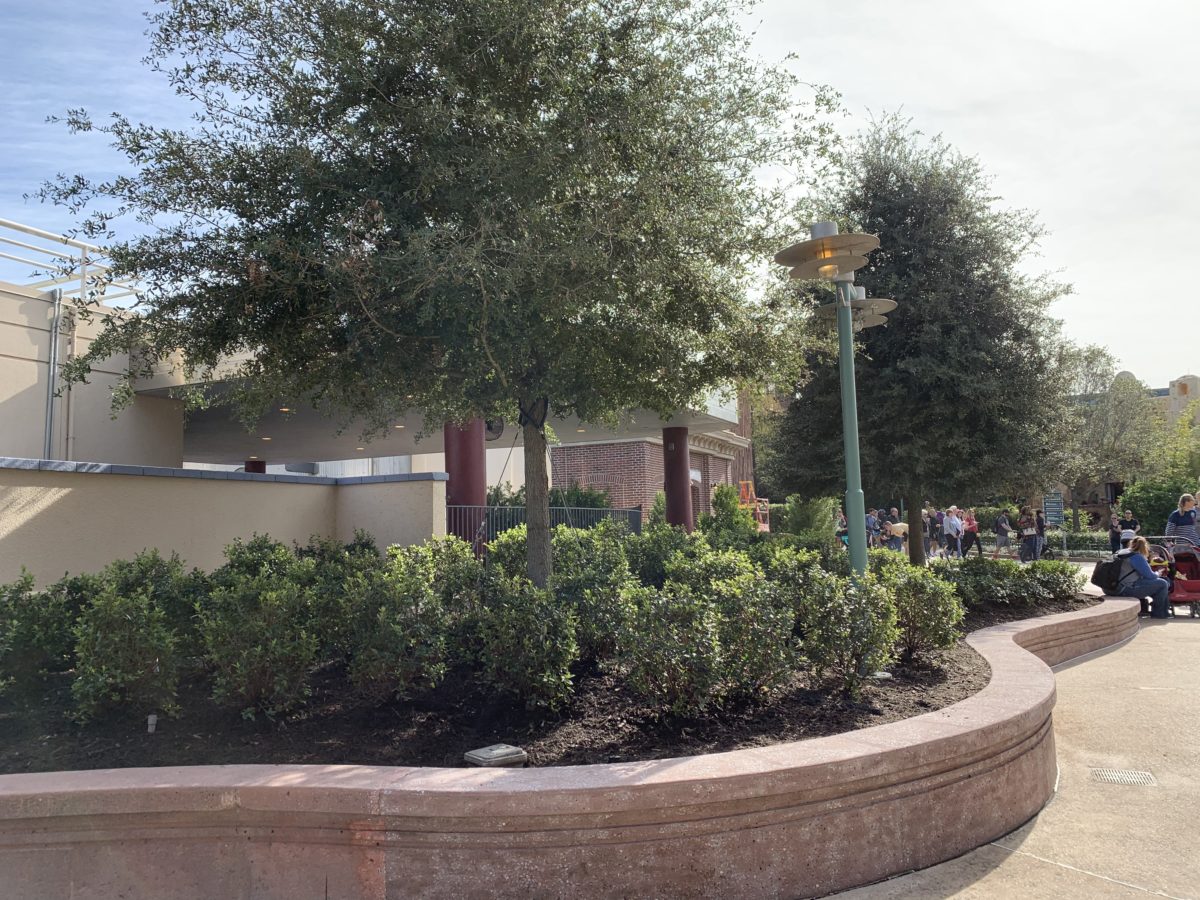 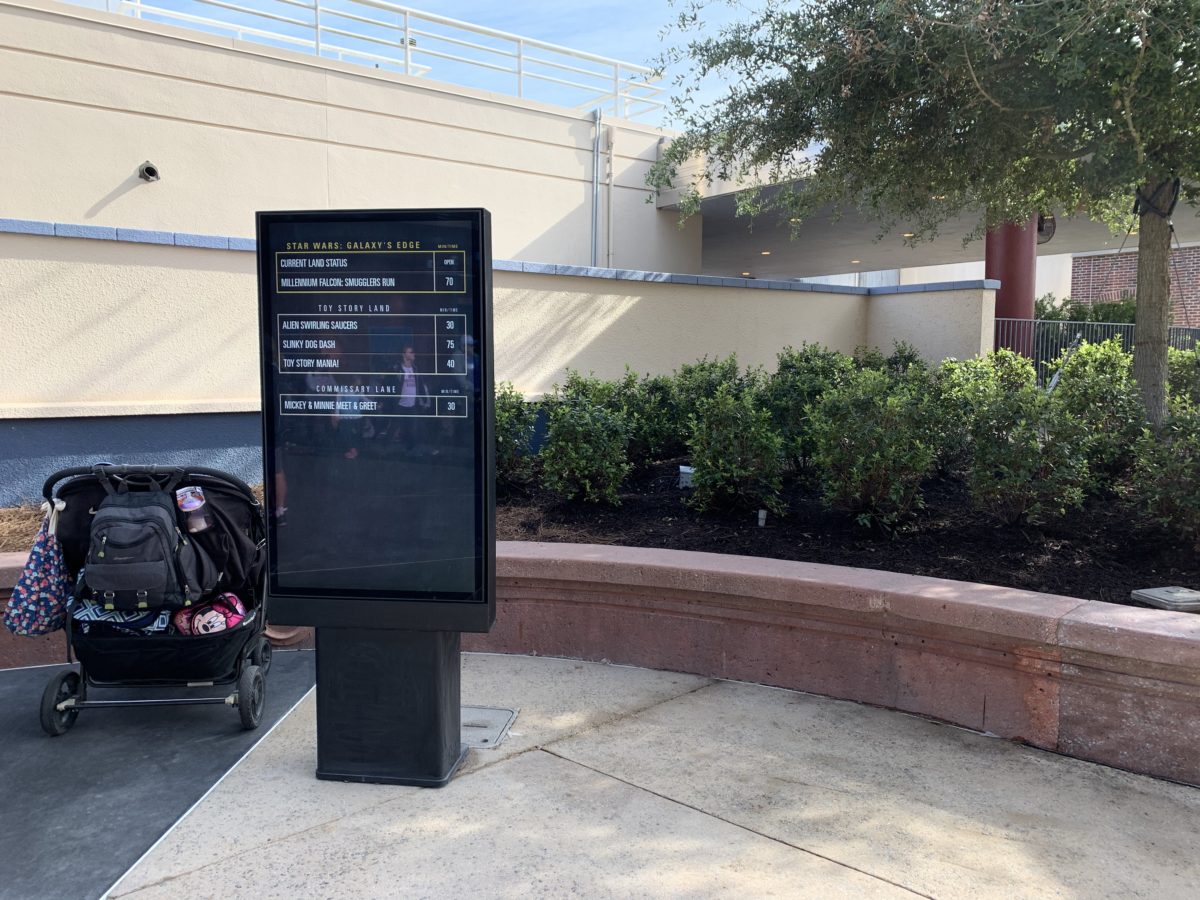 With the new shrubbery we also got a new digital tip board added to the spot. These boards were added throughout the park back in August in preparation for Galaxy’s Edge. 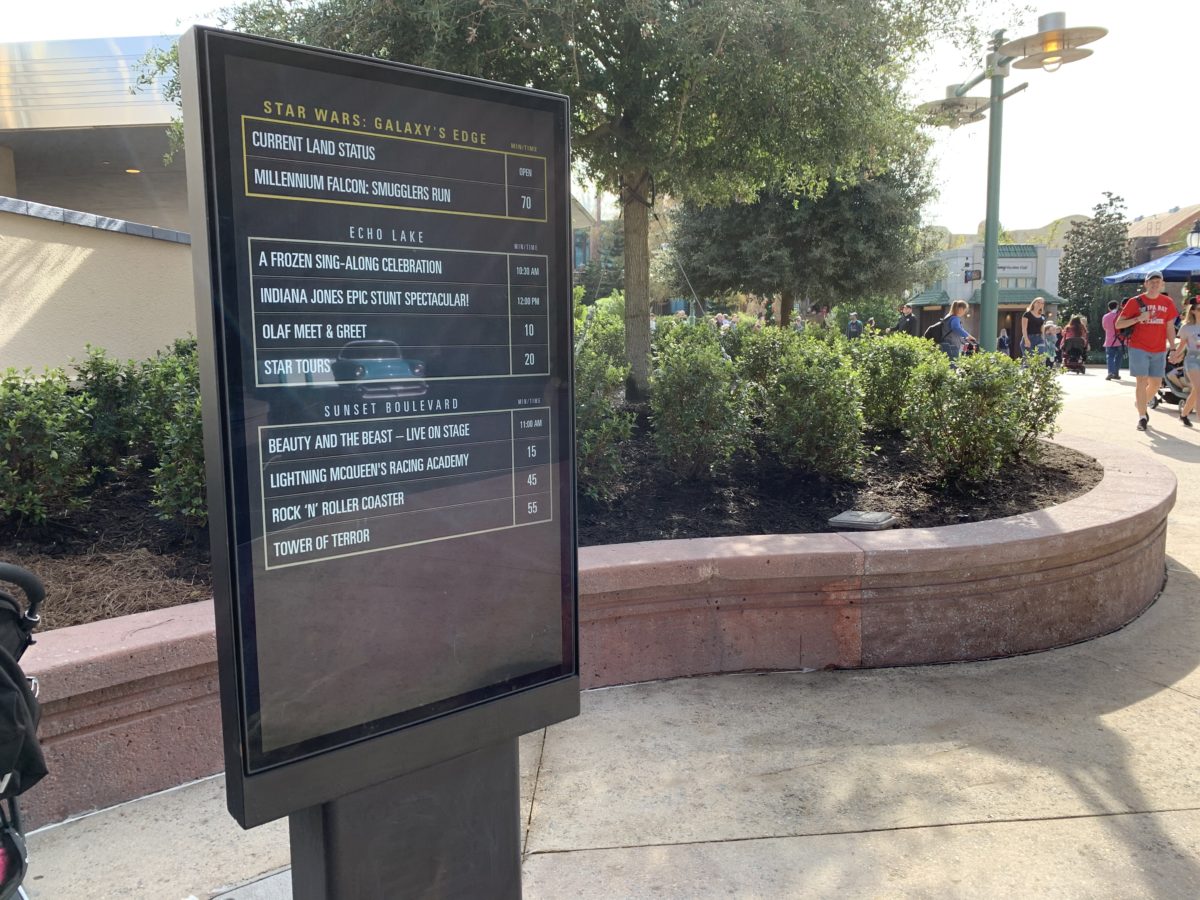 Many boards were also customized by location in October to help blend in with the theme of the areas they were in. We will keep an eye out to see if this one receives any customization as well. 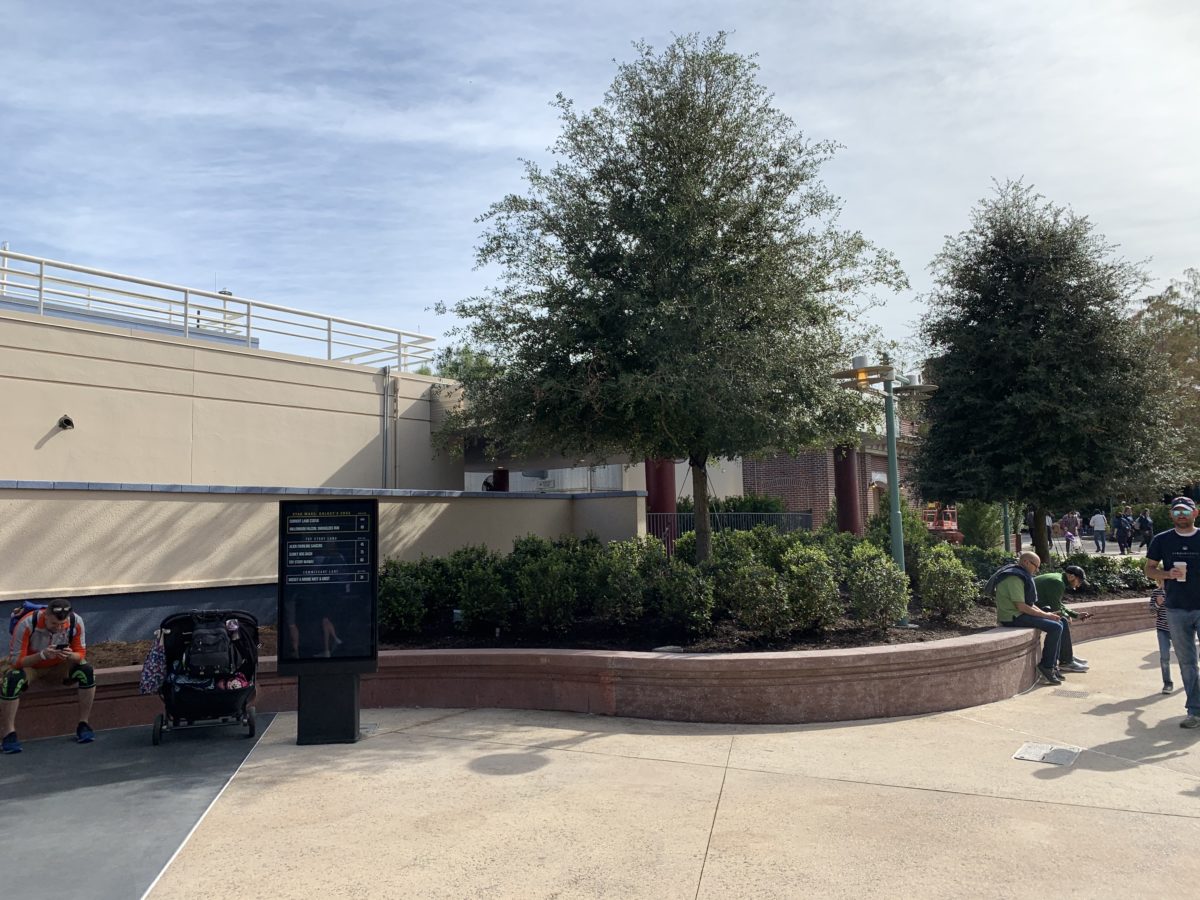 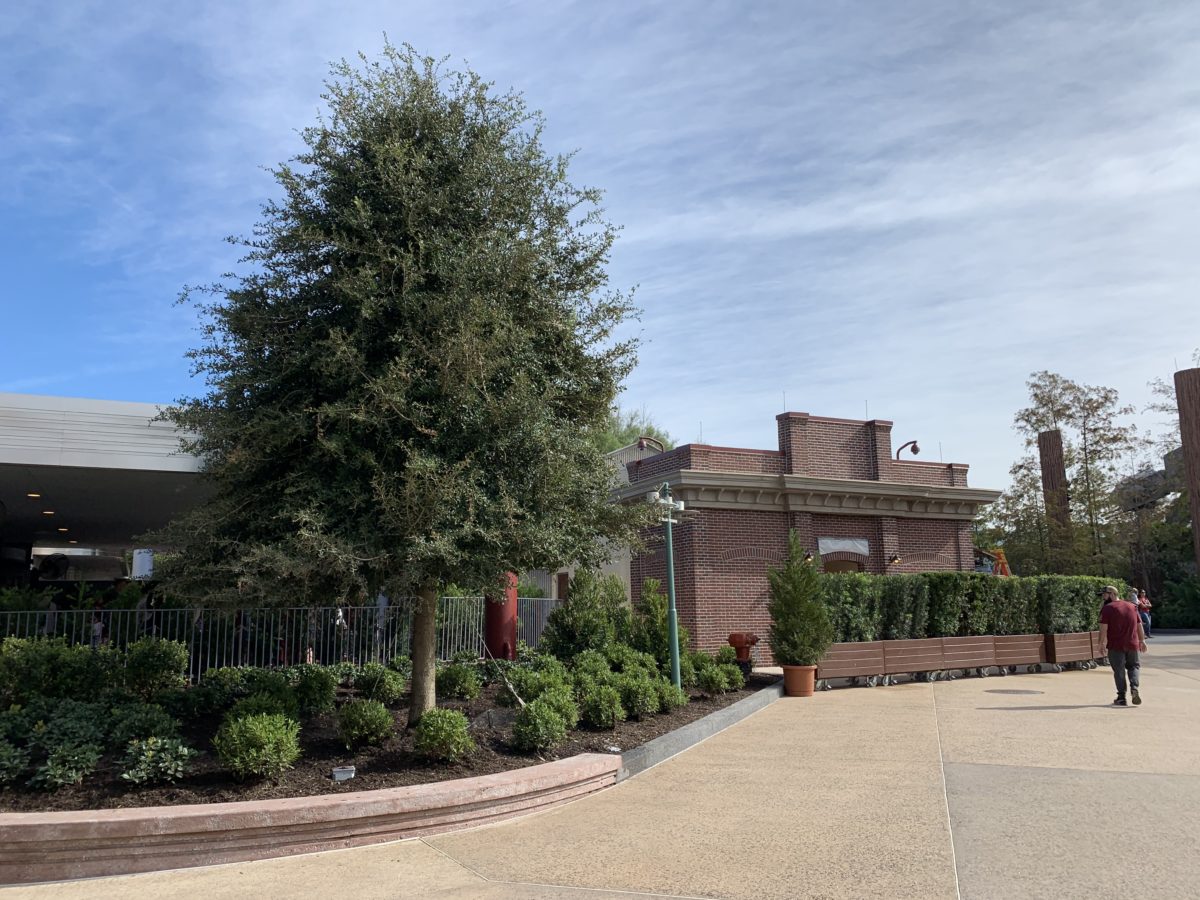 As you can see the bathroom expansion is still yet to be unveiled, but with the addition of doors and awnings, it seems these can be finished sooner rather then later as well. 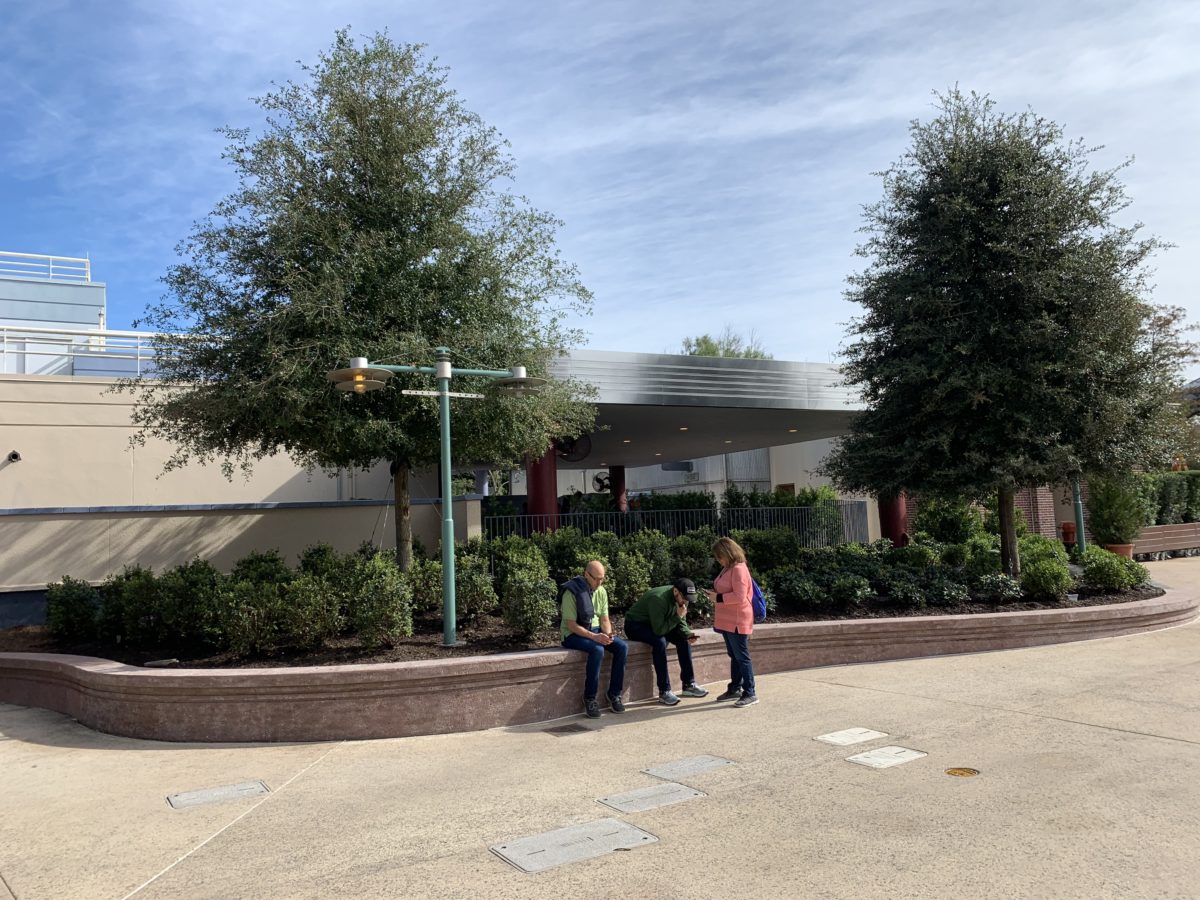 For those who remember Grand Avenue before the overhaul with the addition of Baseline Taphouse and Galaxy’s Edge, this area was previously very similar to now. It seems the biggest change is the amount of space it takes up. The previous landscaping stuck out further into the pathway with bigger trees planted within. 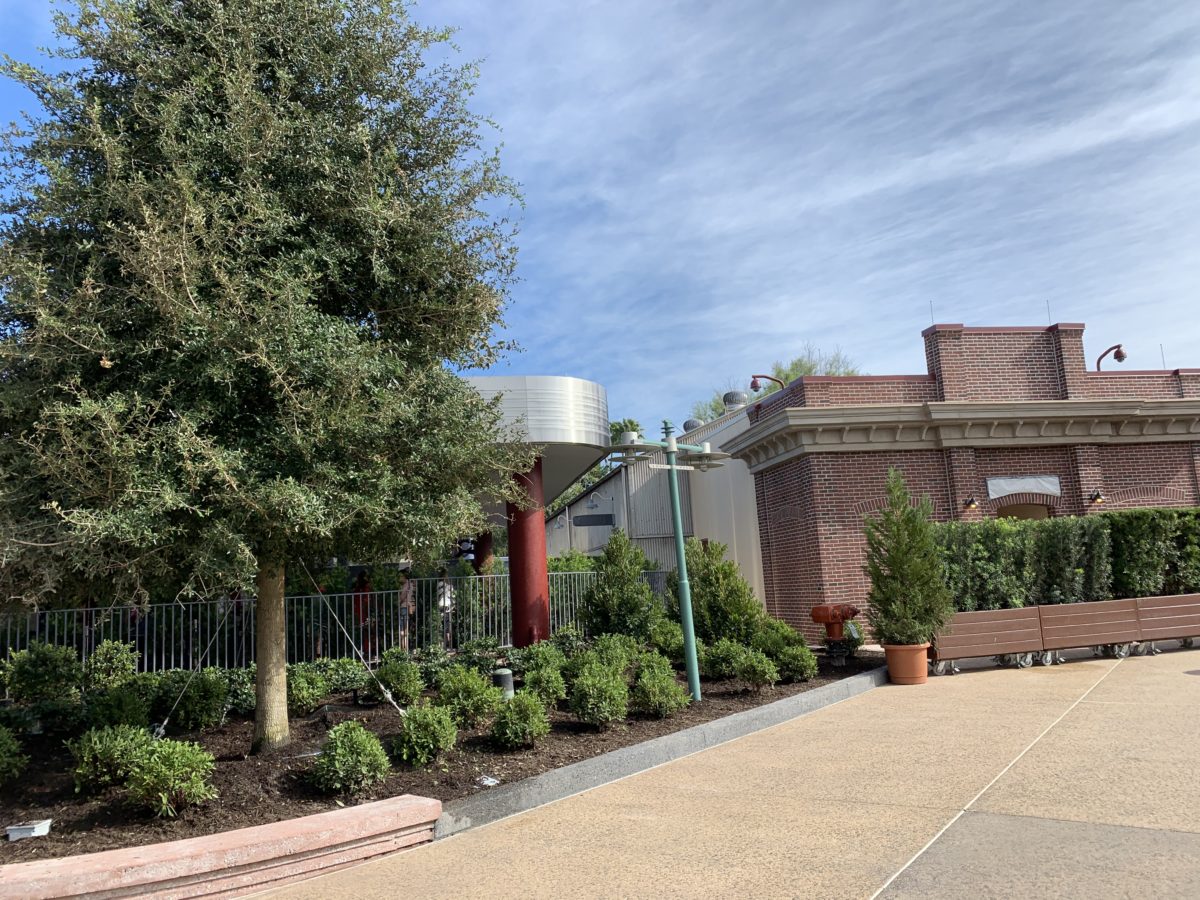 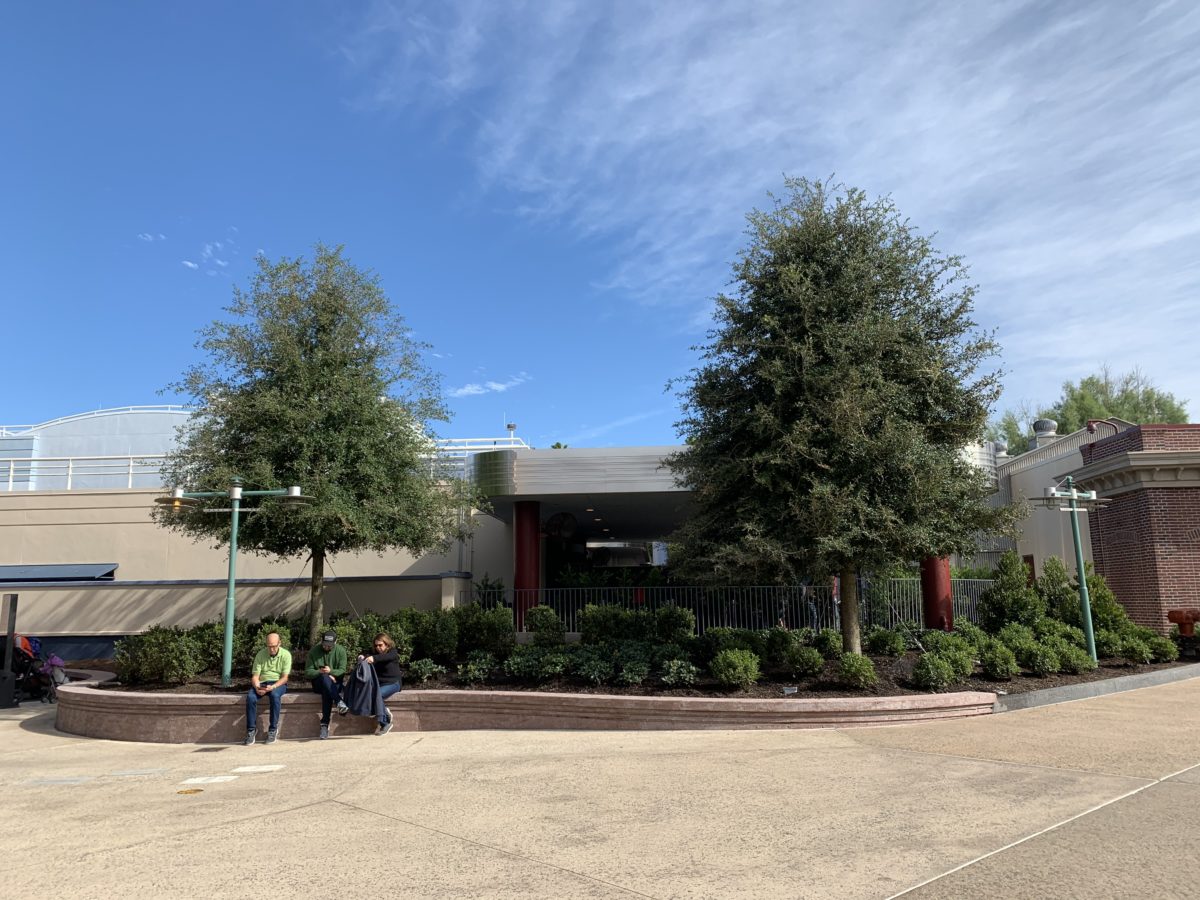 It’s nothing life-changing, but it’s always nice when areas aren’t roped off from the public anymore. As you can see, tired guests were already taking advantage of the ledges around the landscaping.

Hopefully the next time we come by this area, there’ll be new bathrooms to talk about!