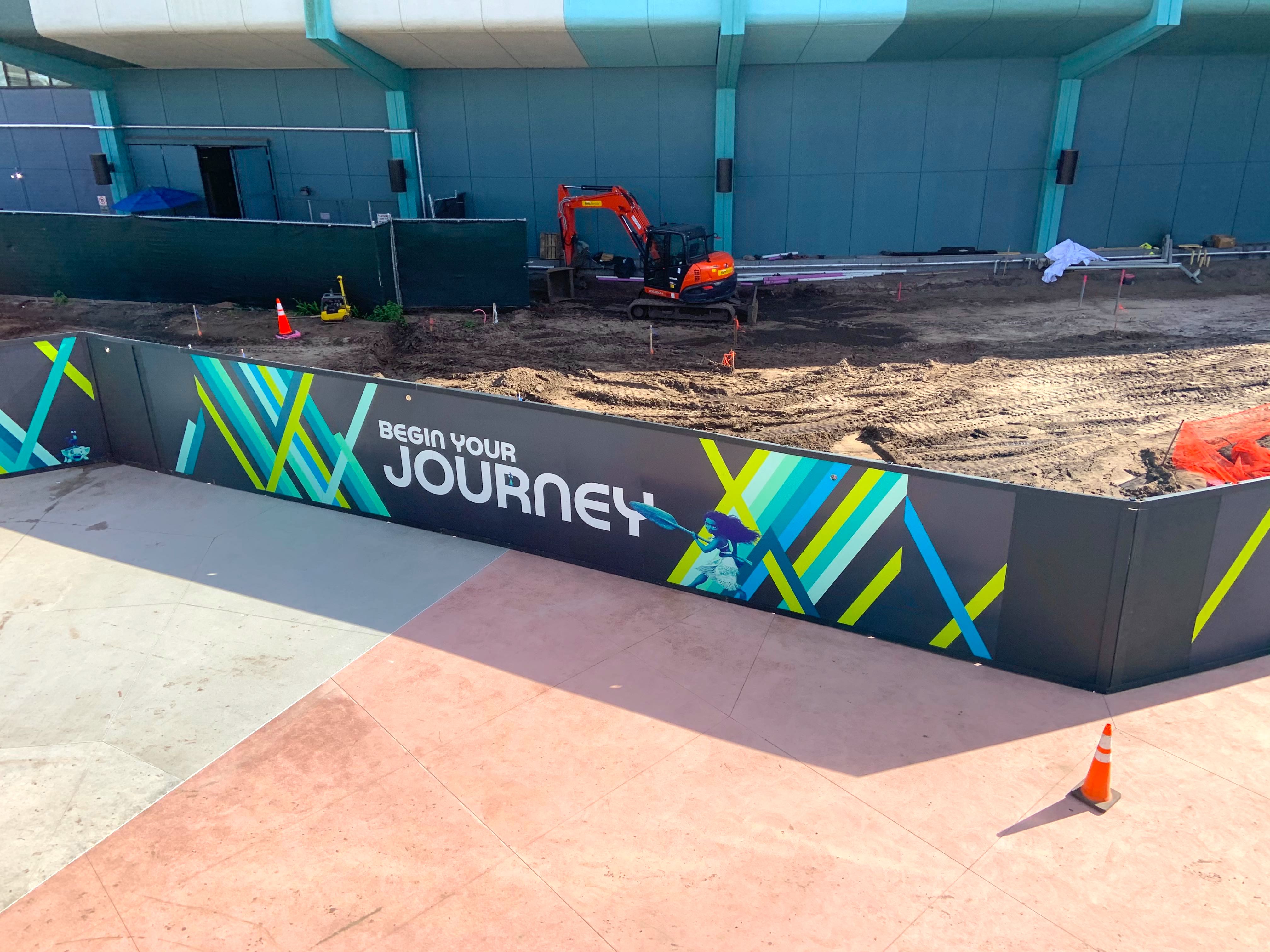 Soon at EPCOT, you’ll be able to “Begin Your Journey” as new Moana themed construction walls have been erected at the proposed entrance bypass walkway to the side of Spaceship Earth. Originally believed to be the site of the future Journey of Water Inspired by Moana walkthrough attraction that was announced at this year’s D23 Expo, this is a new walkway to detour guests while work continues on the entrance of the park, the center of Future World, and eventually on Spaceship Earth in 2020. The walkway would lead out over to The Seas Pavilion, right down to where the new, temporary Character Spot location is, possibly bypassing all the construction as a temporary way to get into this area of the park. 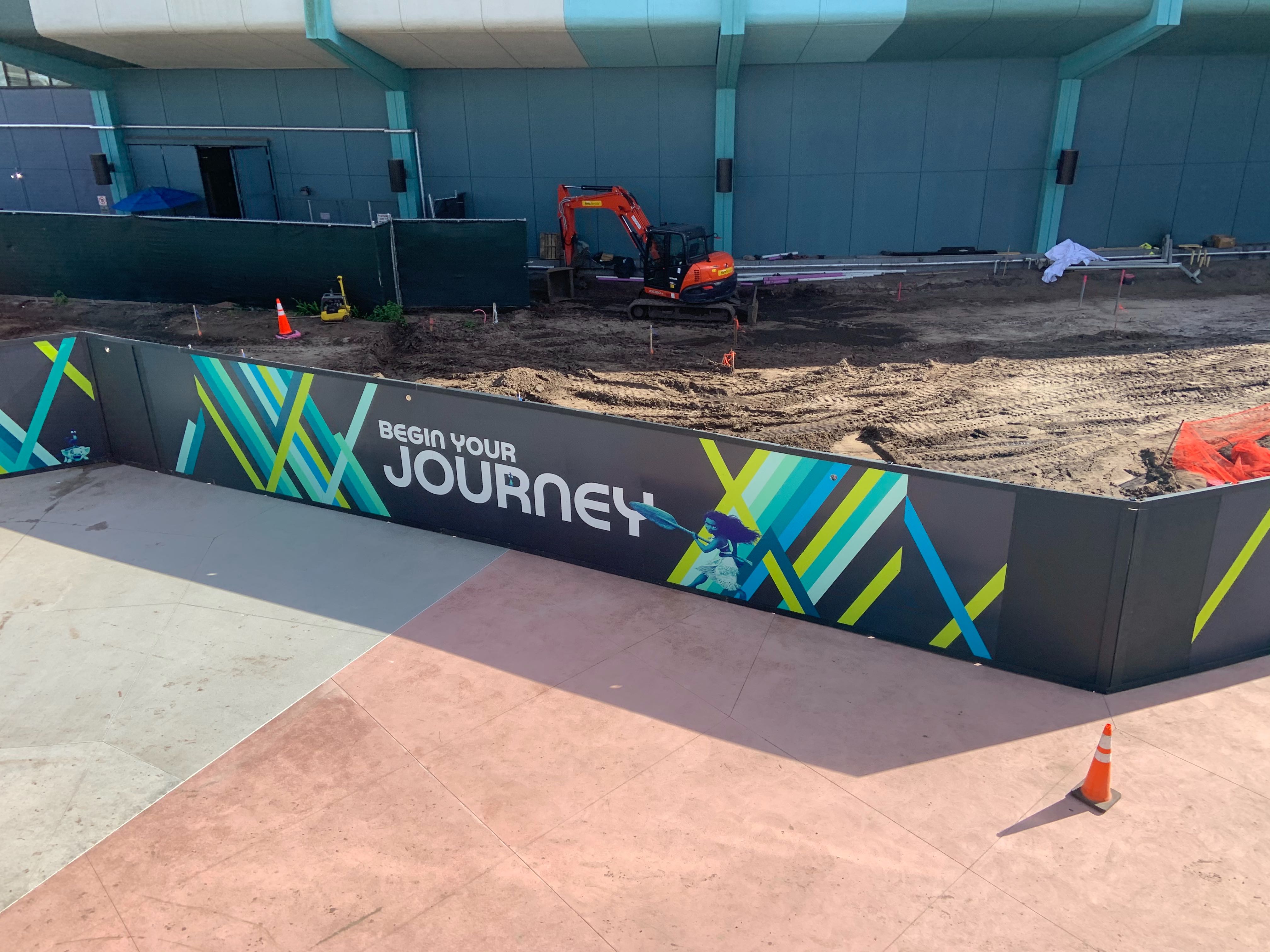 Bare construction walls had previously graced this space, but now they’ve been adorned with stylized art featuring the words “Begin Your Journey” in the new EPCOT font, plus aqua and green stripes, and of course, characters like Moana, Hei Hei, Pua, and even the Kakamora. 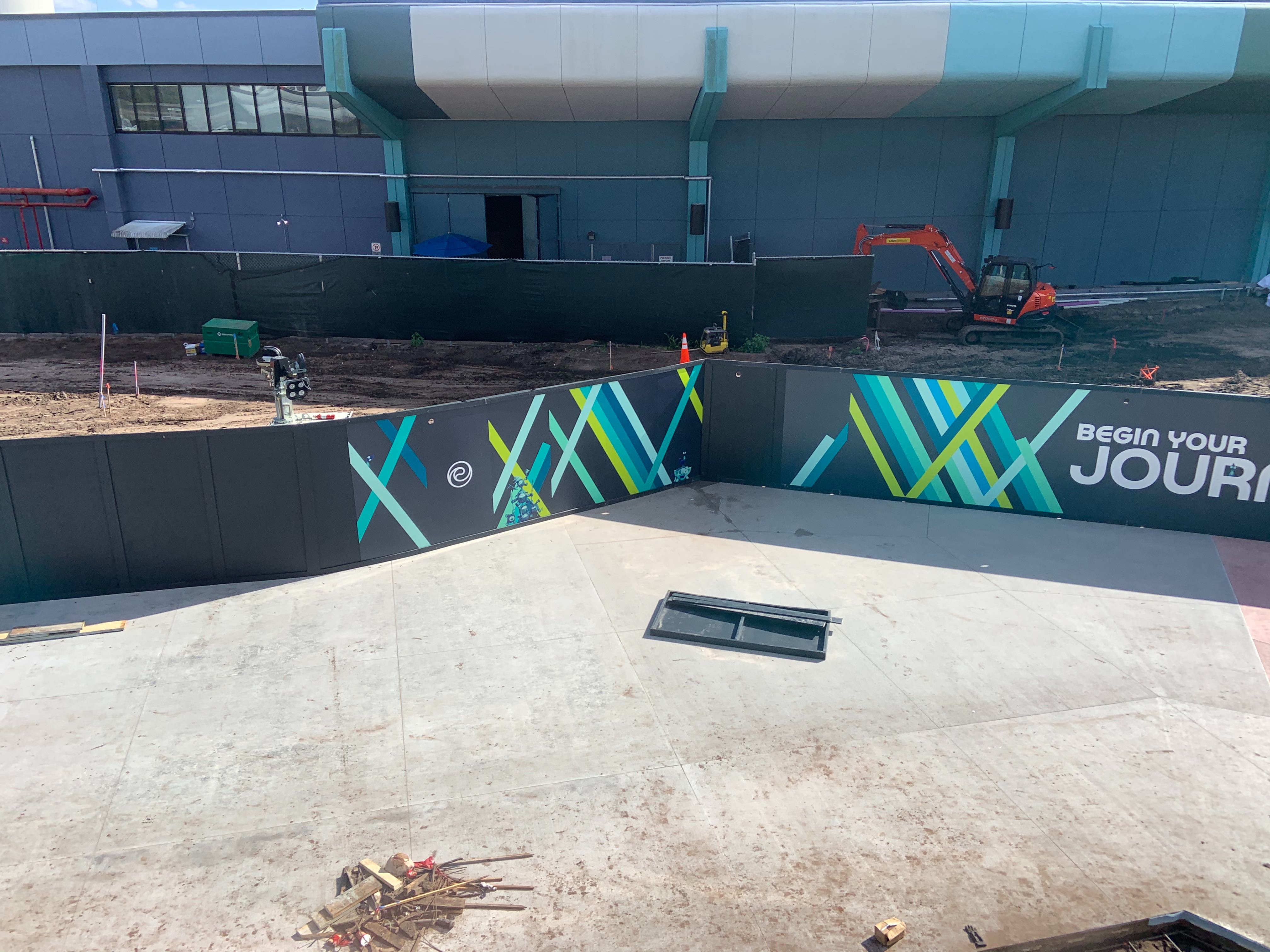 Concrete walkways were recently installed along the pathway, and we’re glad to see they’re very wide and spacious. If this is used as a main bypass like we think it will, it’ll be funneling a lot of guests through to The Seas and Land pavilions, so space is important.

Here’s a closer look at all of the character art featured on the walls: 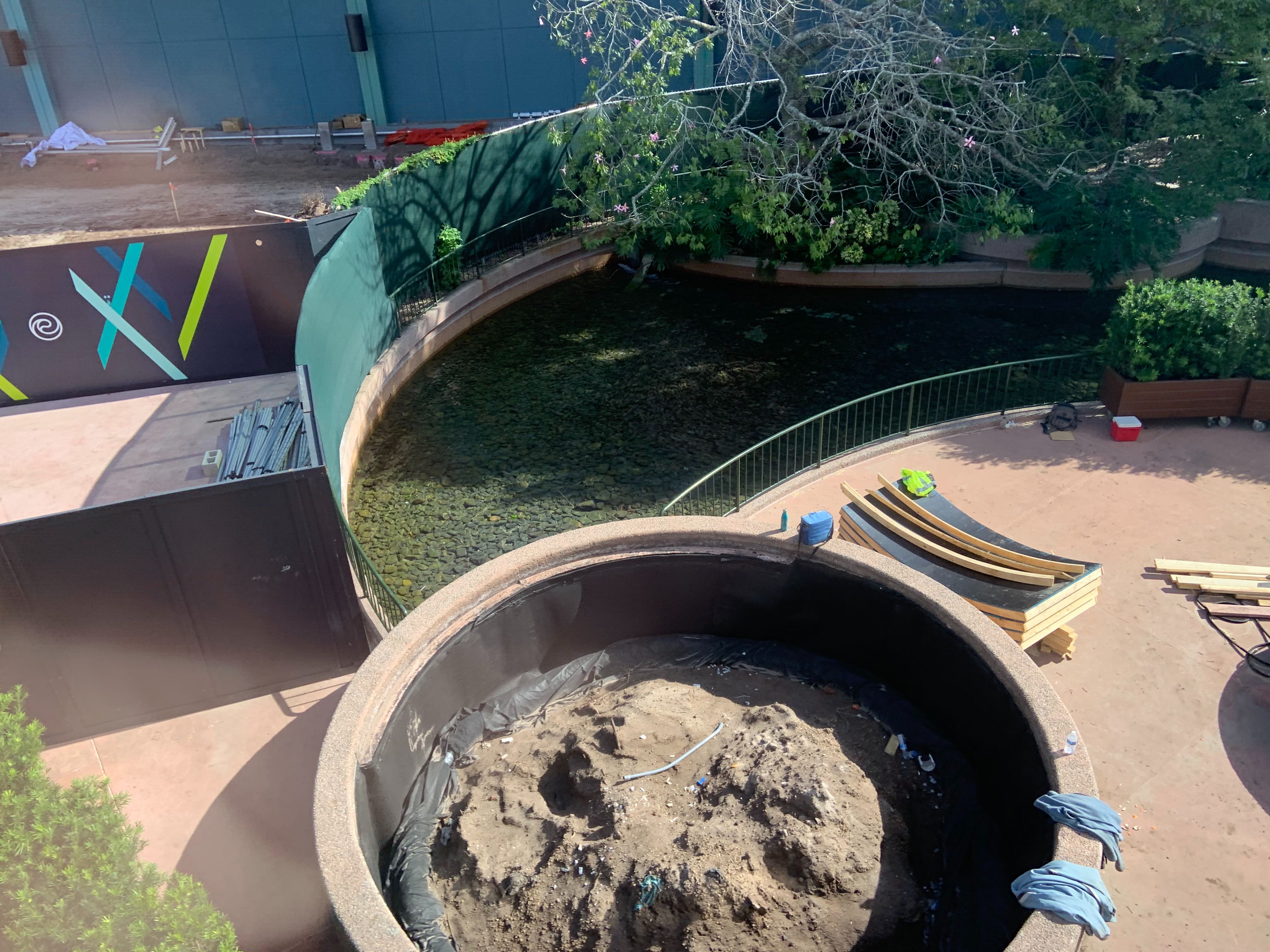 The walkway leads out over to a bit of a dead end, with an existing water feature at the very end of it, but it seems guests may be able to circle around the existing planters and continue onto Future World West. The pathway is still well under construction, so we’ll have to wait and see how work progresses in the area. 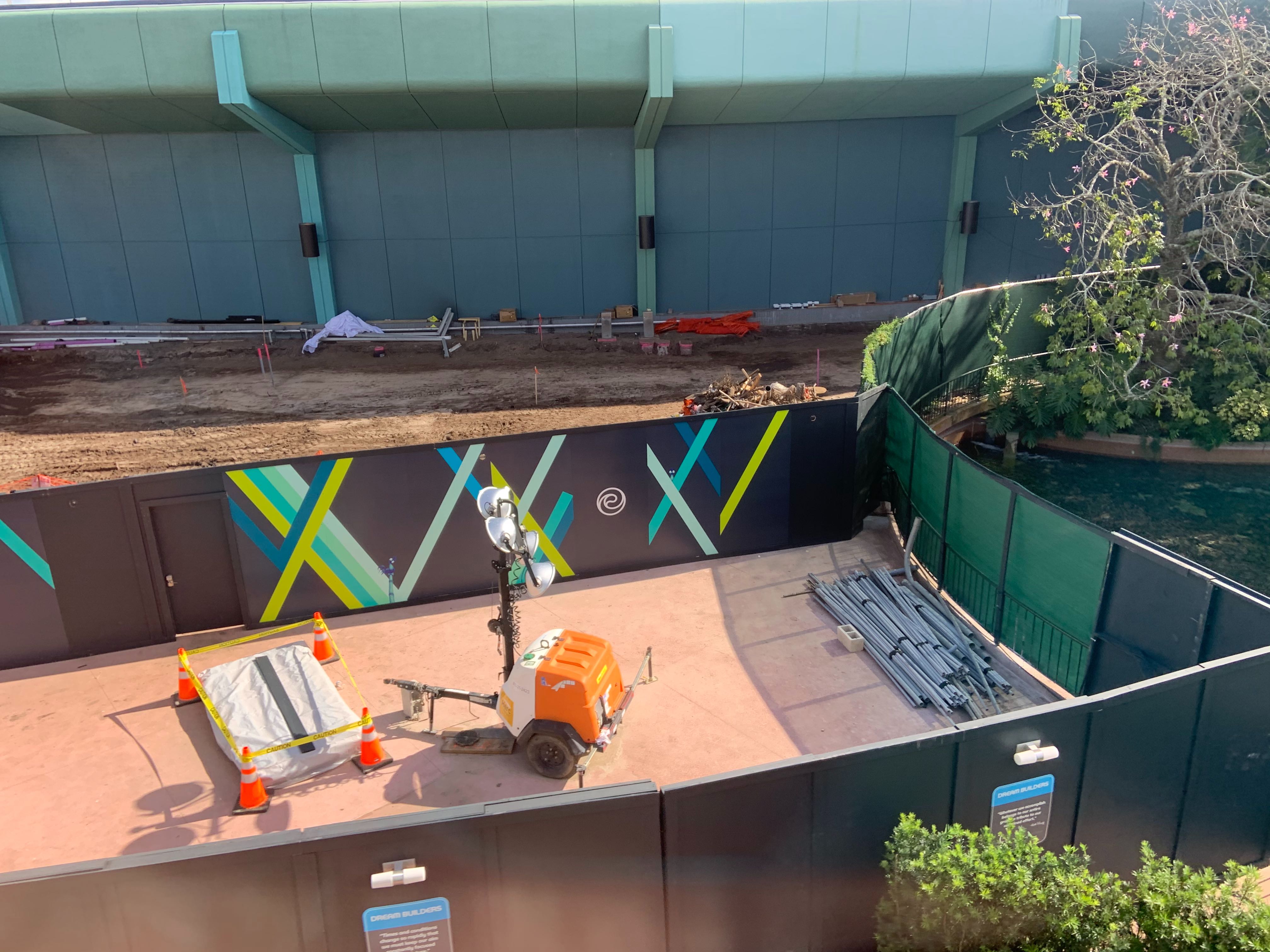 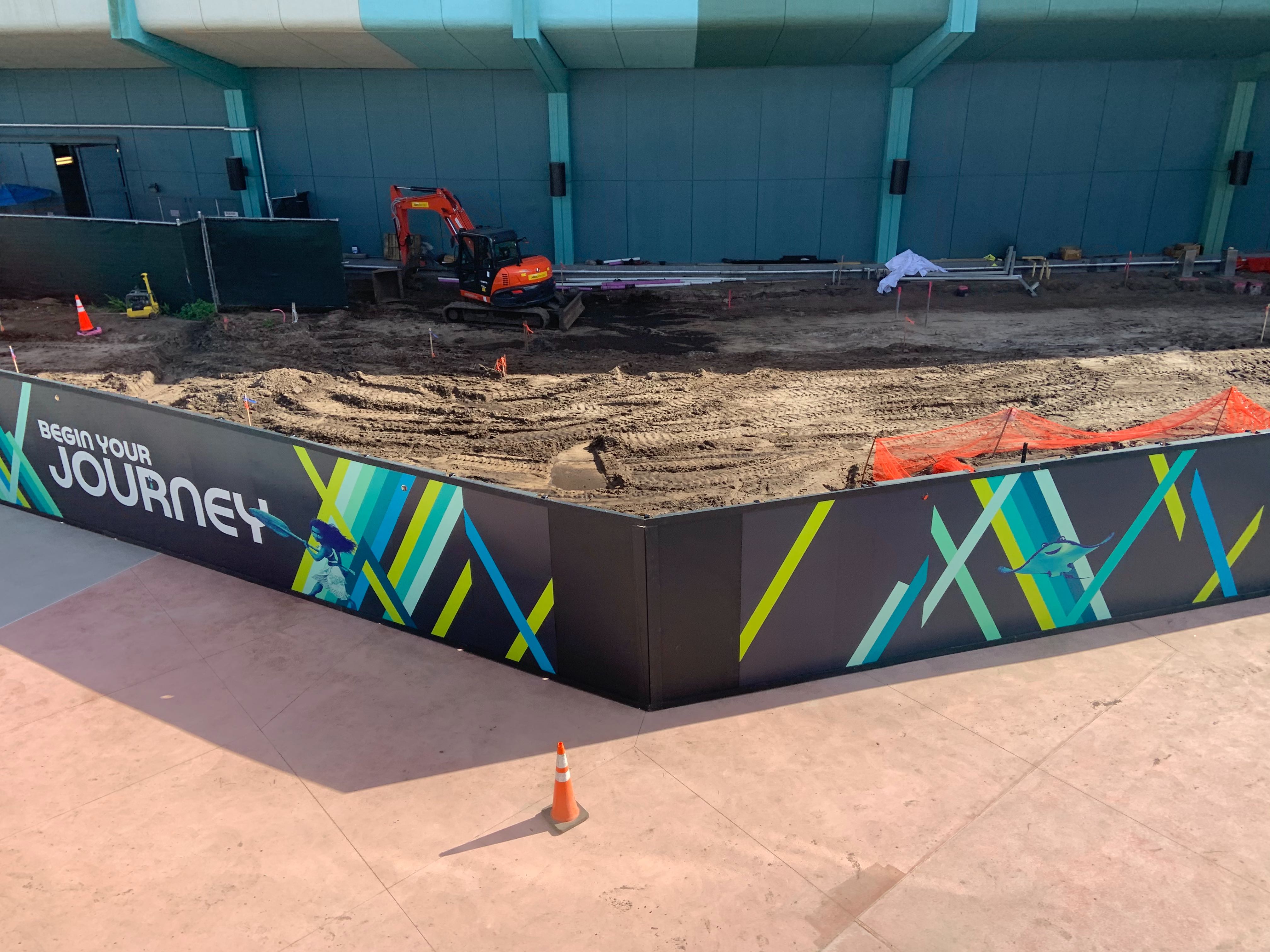 You’ll notice that a section features none other than Mr. Ray from Finding Nemo. That’s because this walkway will also lead out over to The Seas with Nemo and Friends! 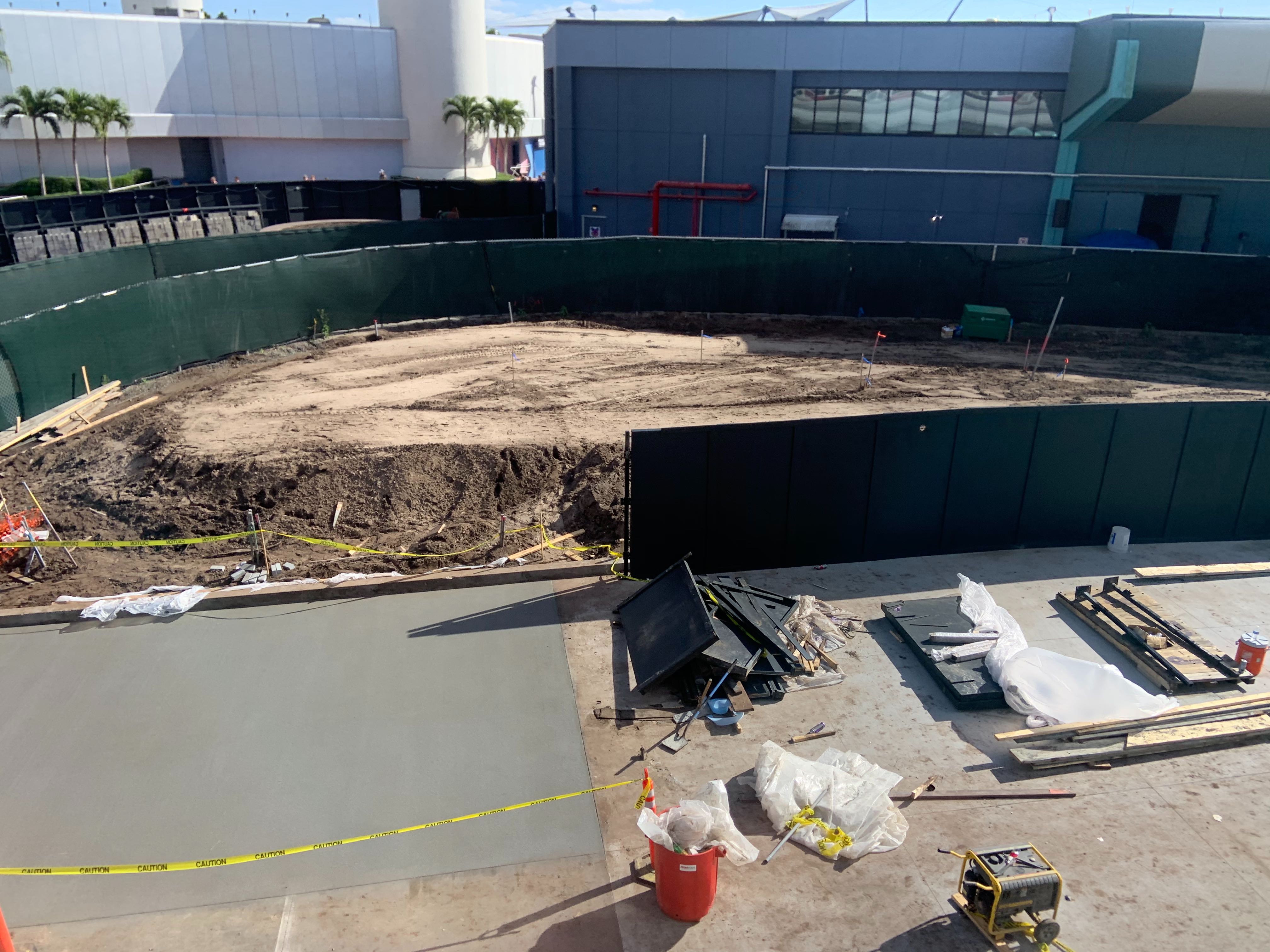 Fresh concrete was poured over by the other end of the walkway. 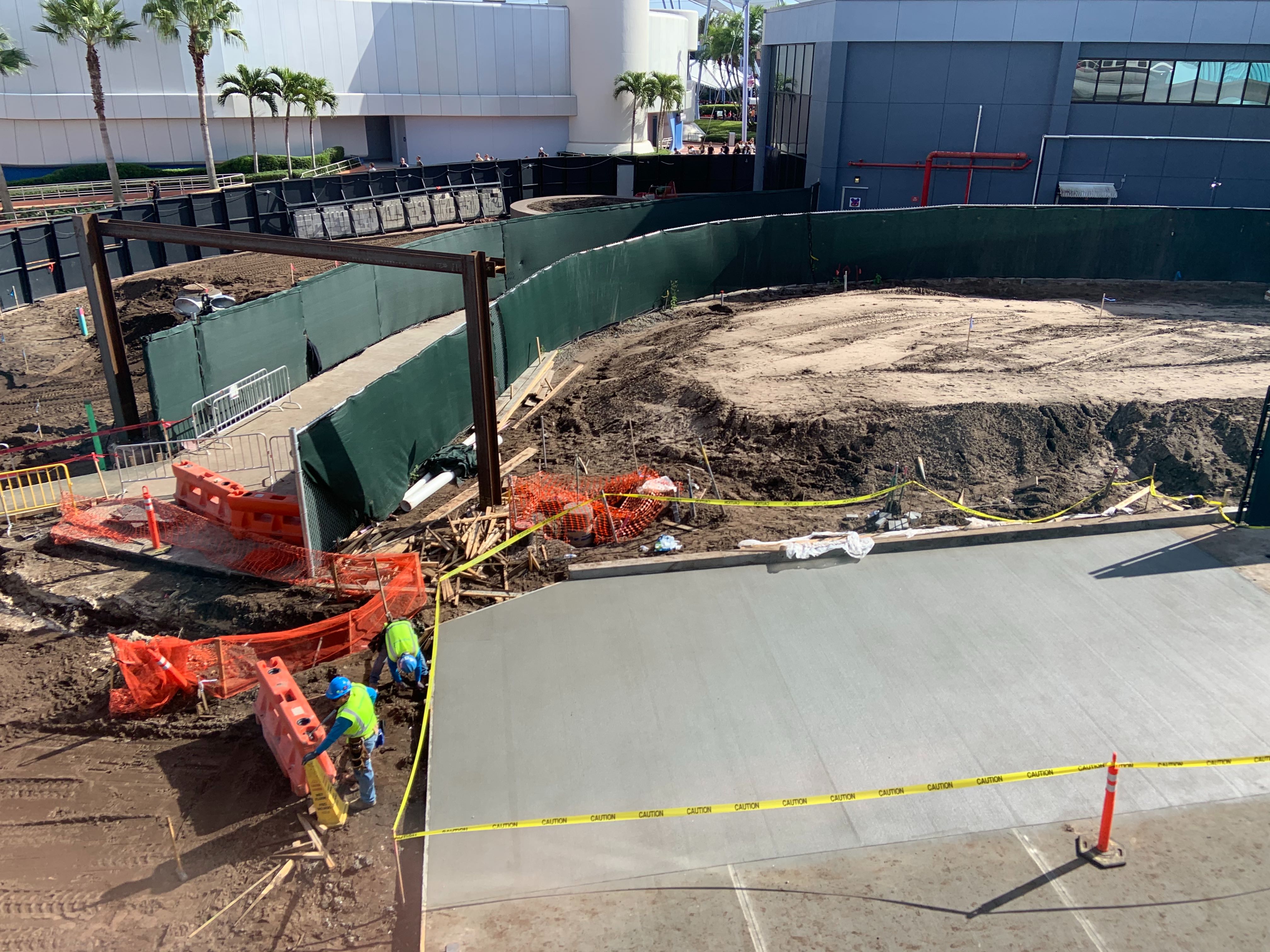 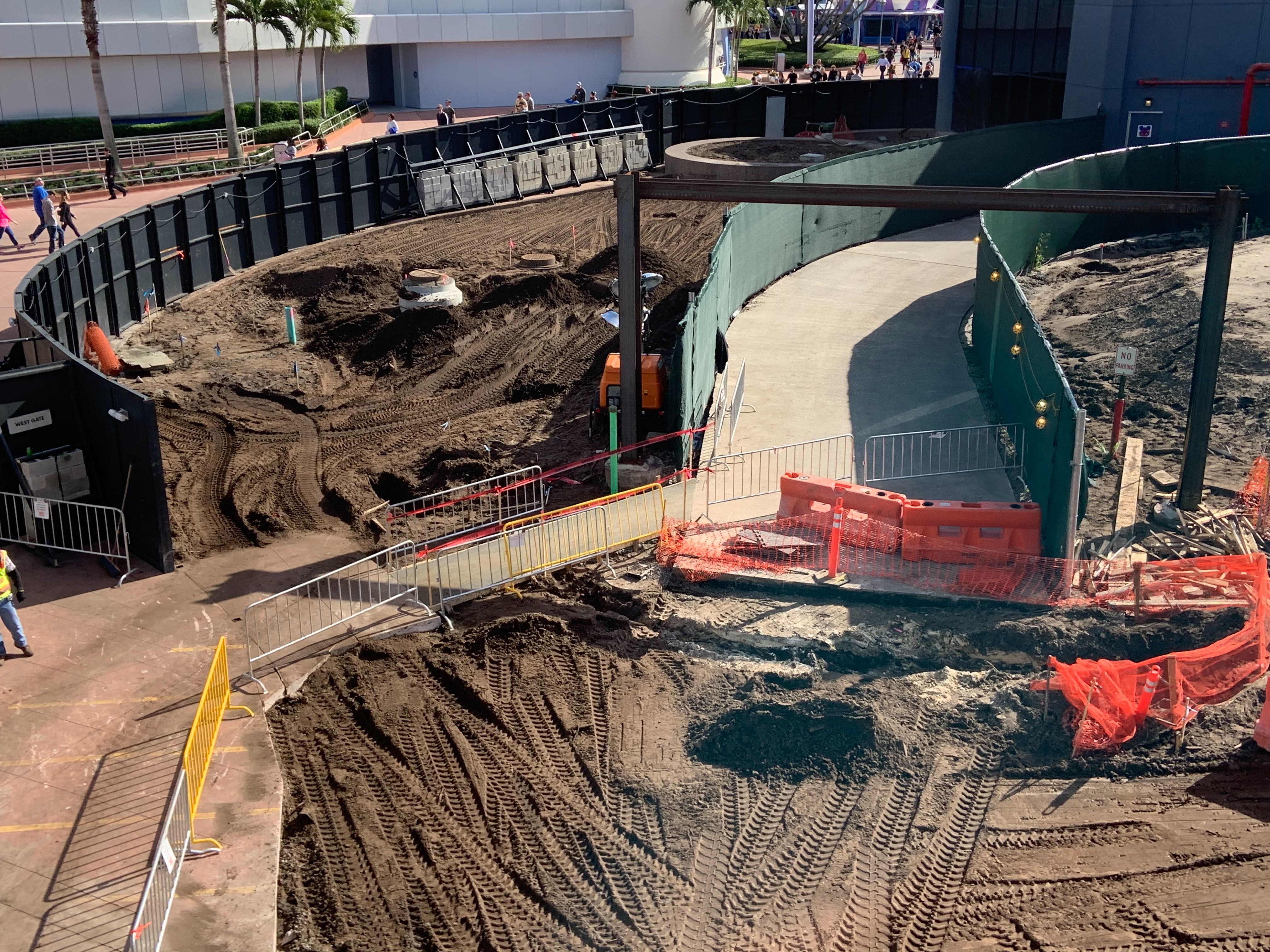 Eventually, the pathway will be extended out to the existing sidewalk, which is currently used as a backstage area.

What do you think of these new themed construction walls? These are sure to become popular in the months leading up to the attraction’s opening.