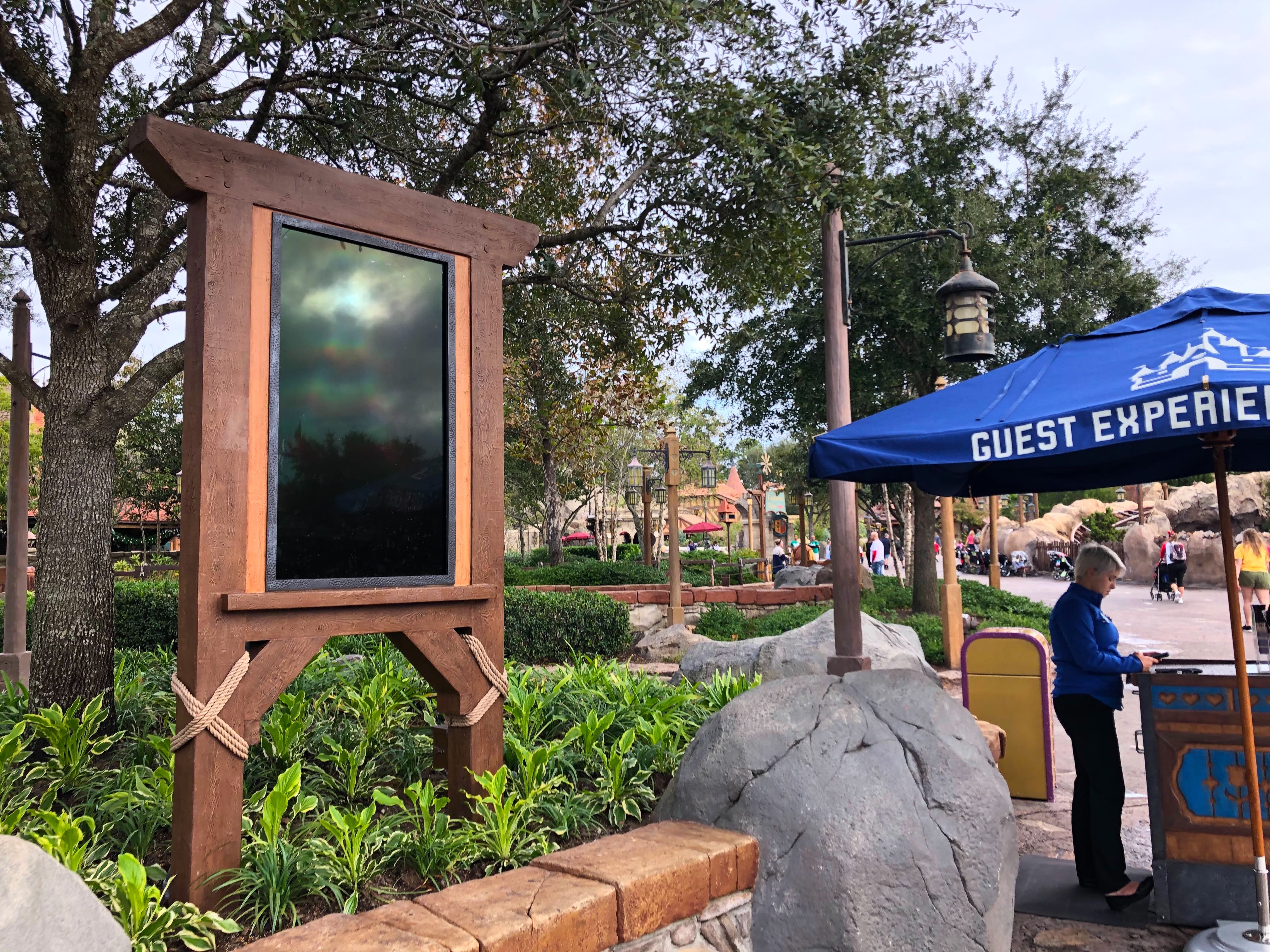 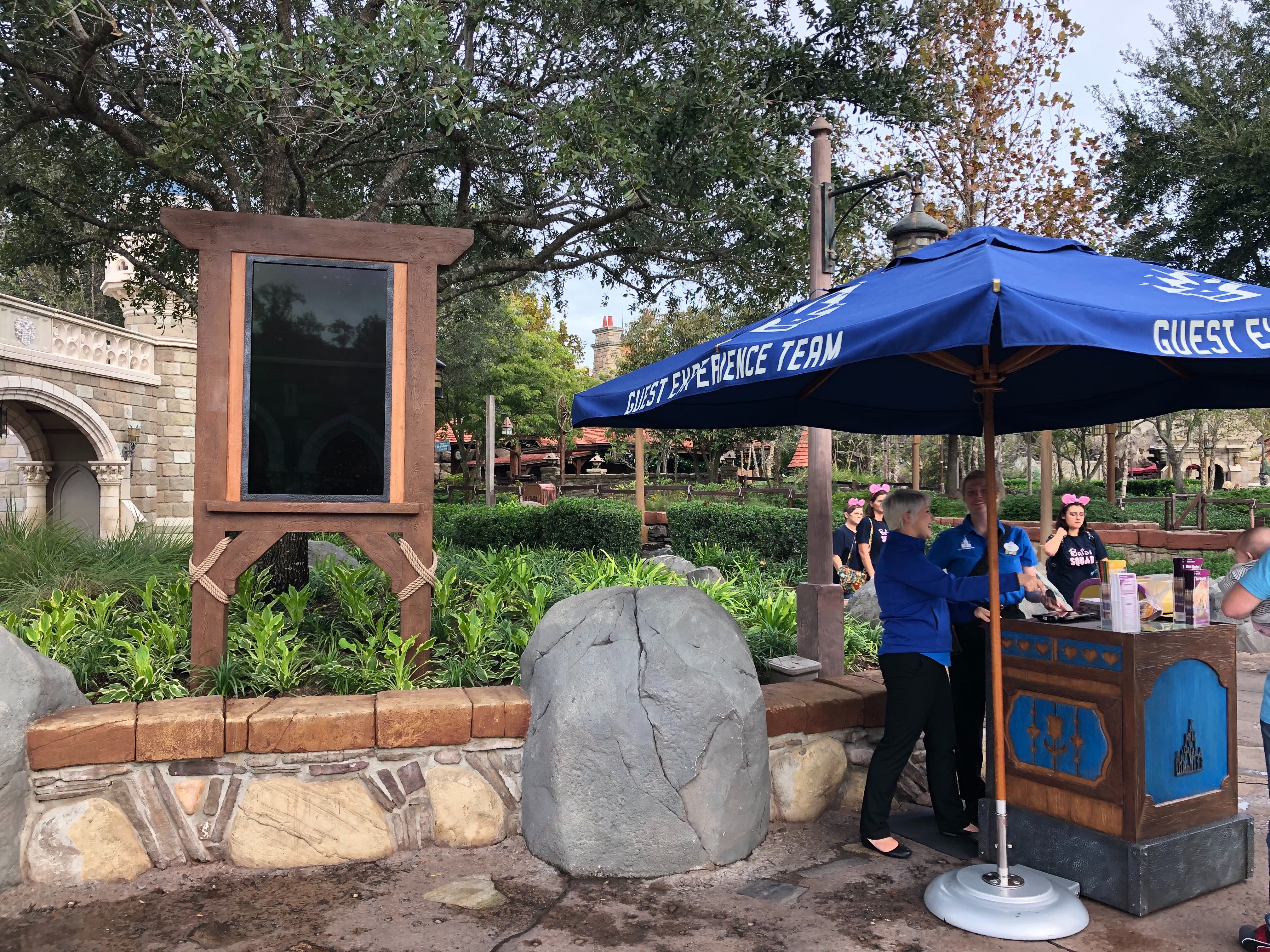 Over by Enchanted Tales with Belle, near the Guest Experience Team desk is a new wood-framed digital tip board. 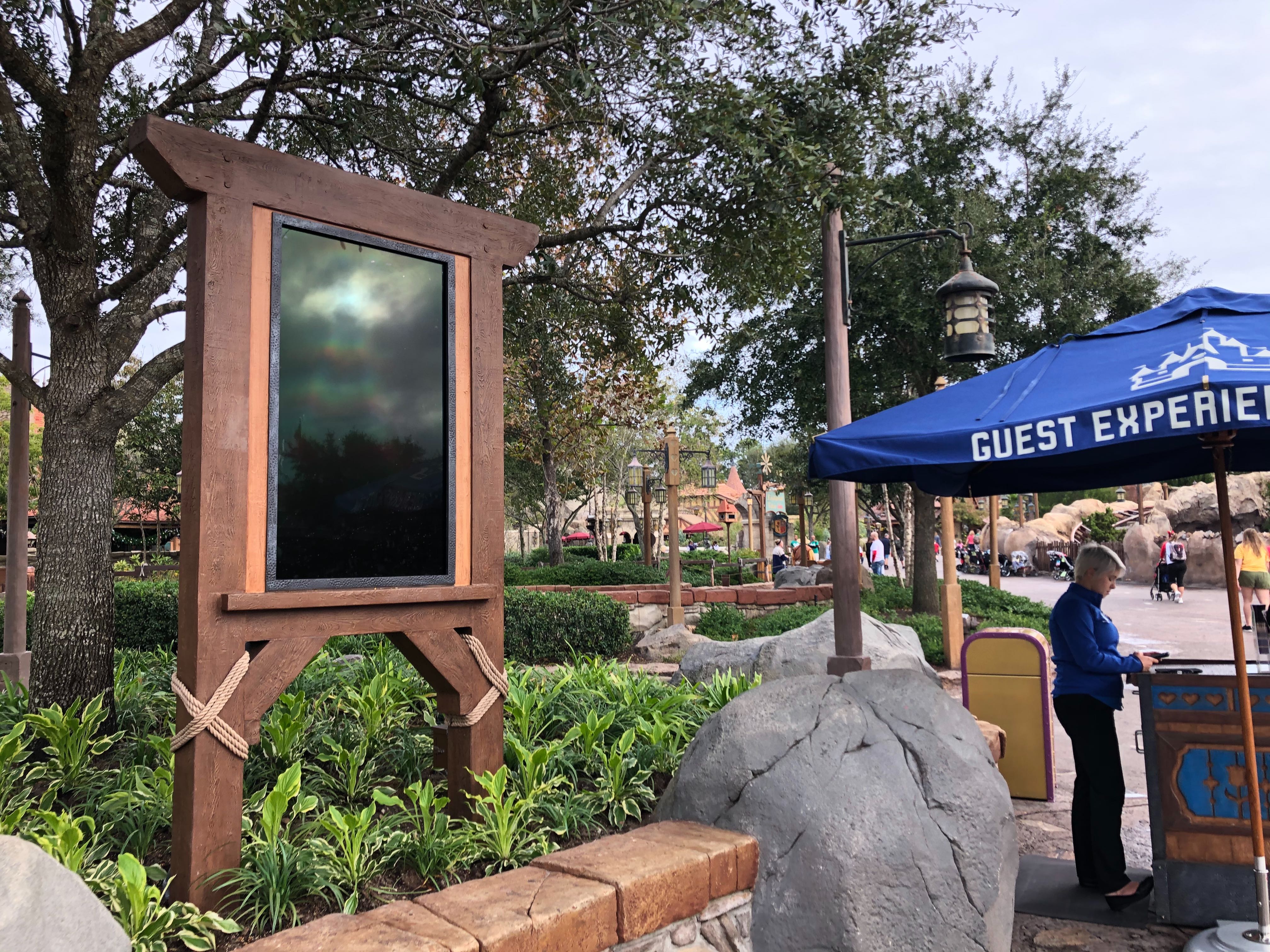 It’s nestled inside a planter, giving it some elevation so it’s easier to see from different angles by the walkway. 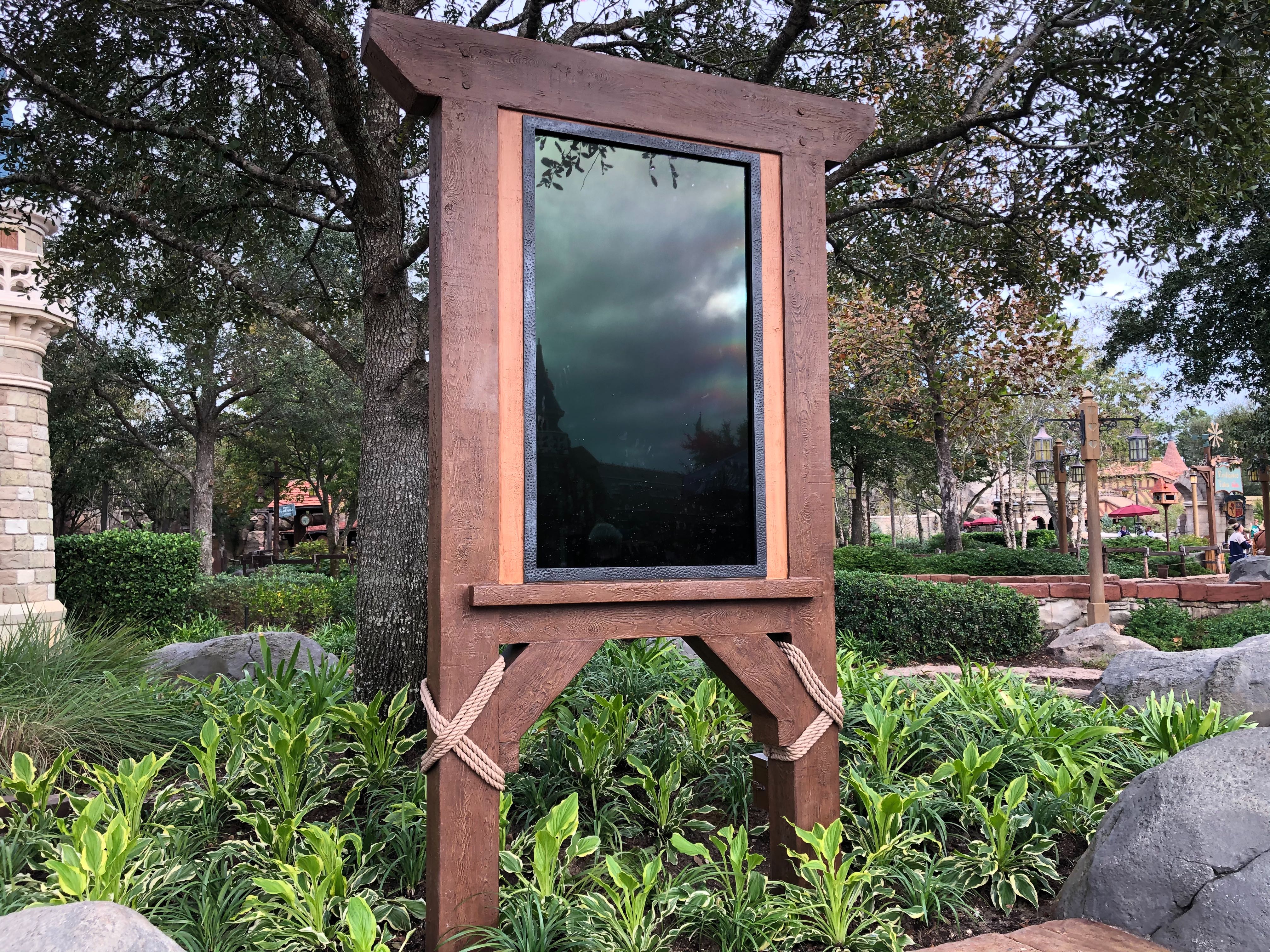 The rope accents and wood construction make it seem like something straight out of Mine Train, matching the surrounding aesthetic perfectly. 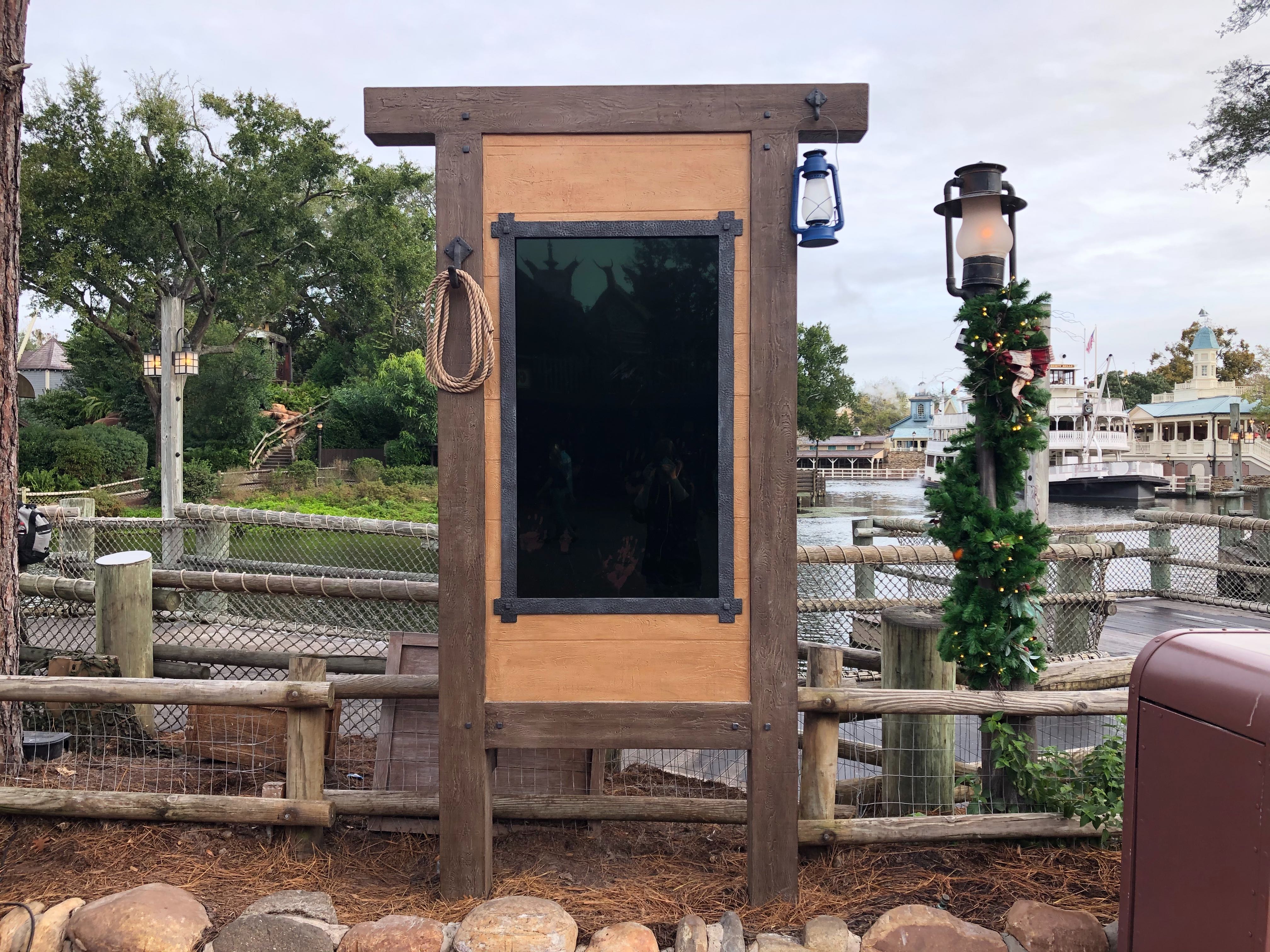 In Frontierland, another new digital tip board has debut across from Frontier Trading Post and the Shooting Arcade. 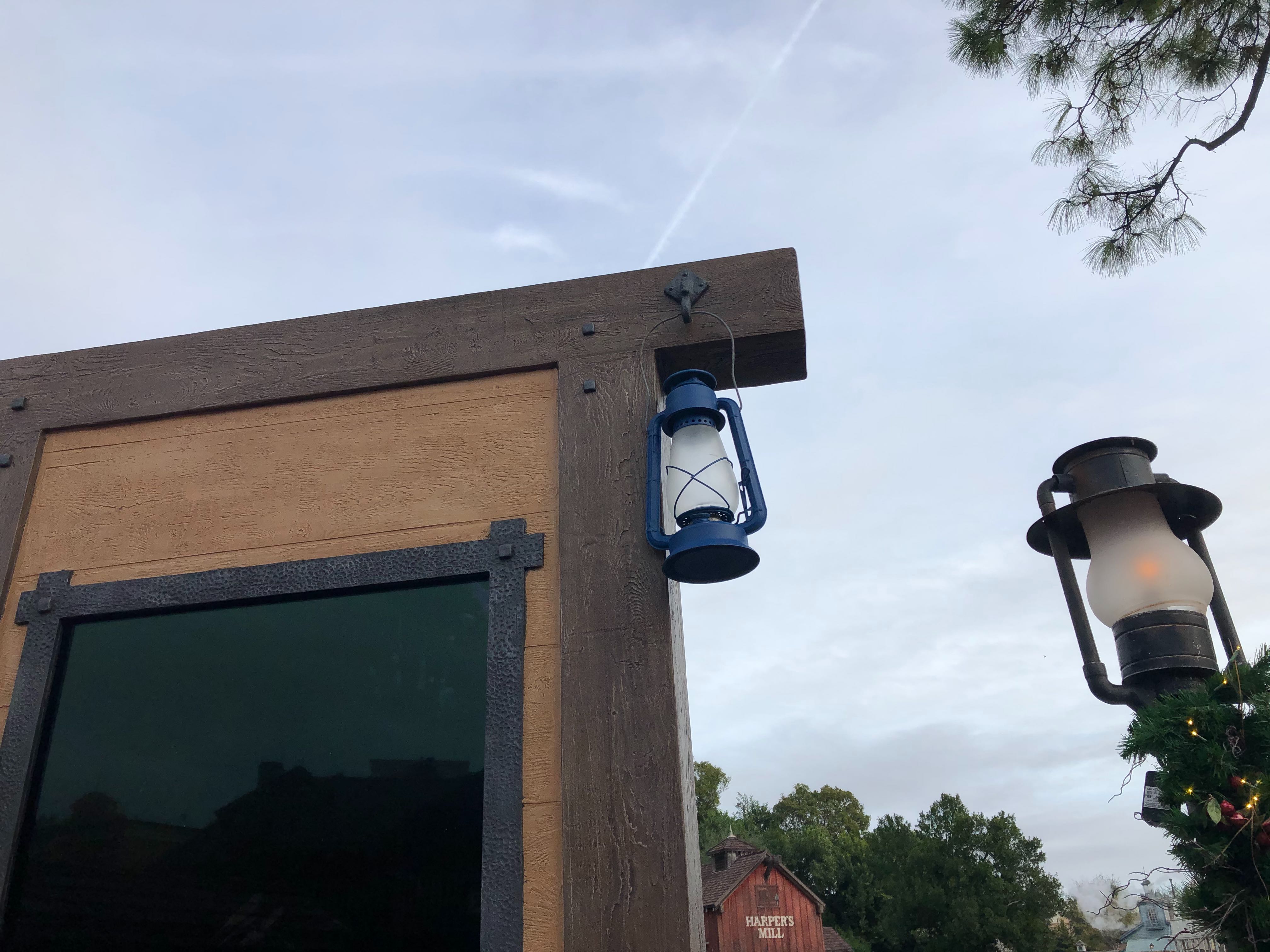 The tip board features a hanging lantern on one end, plus forged metal around the digital screen itself, just like an old mining mill… except digital. 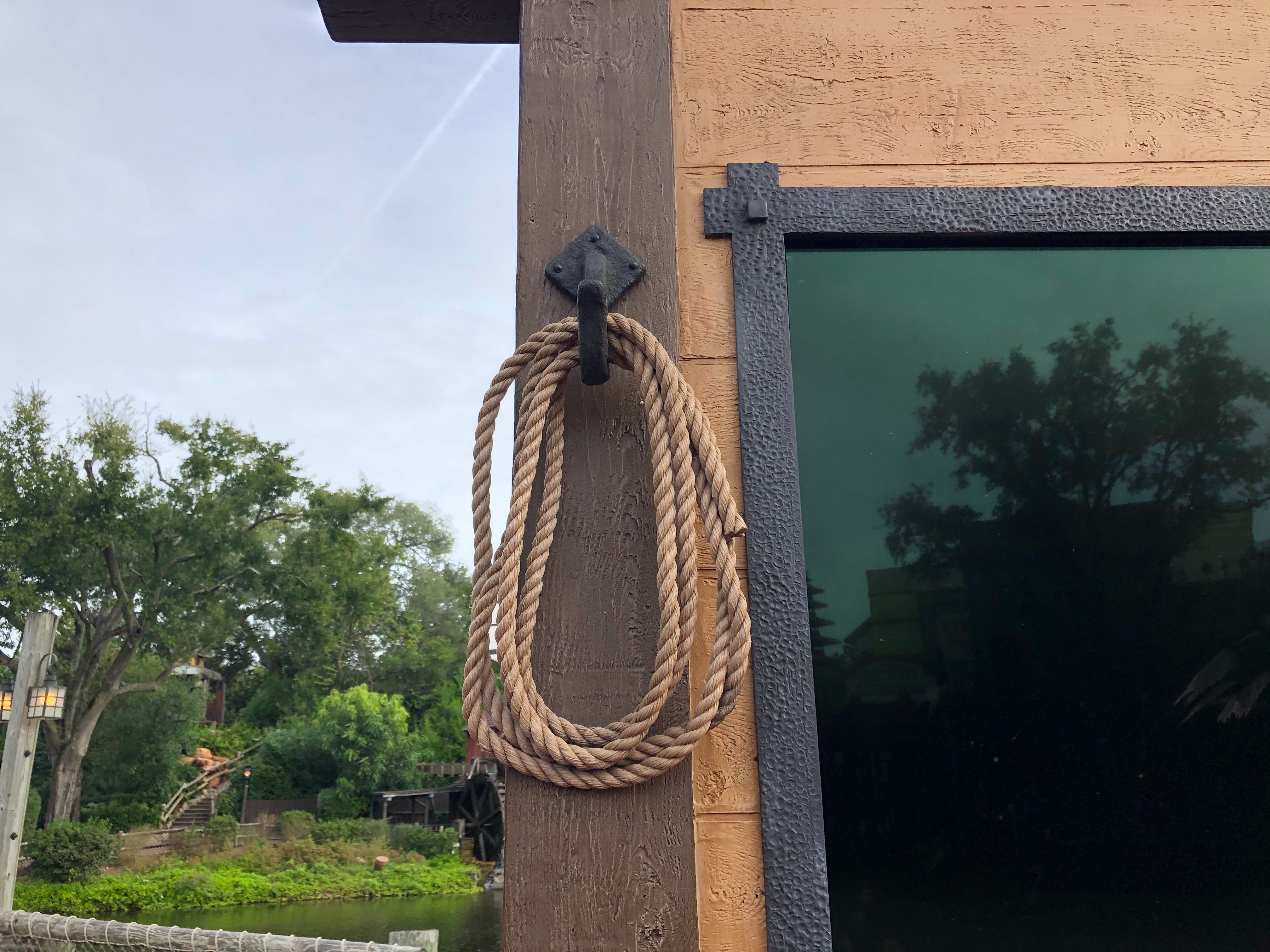 Rope hangs off to the other side of the frame, in case you need to wrangle up some FastPasses. 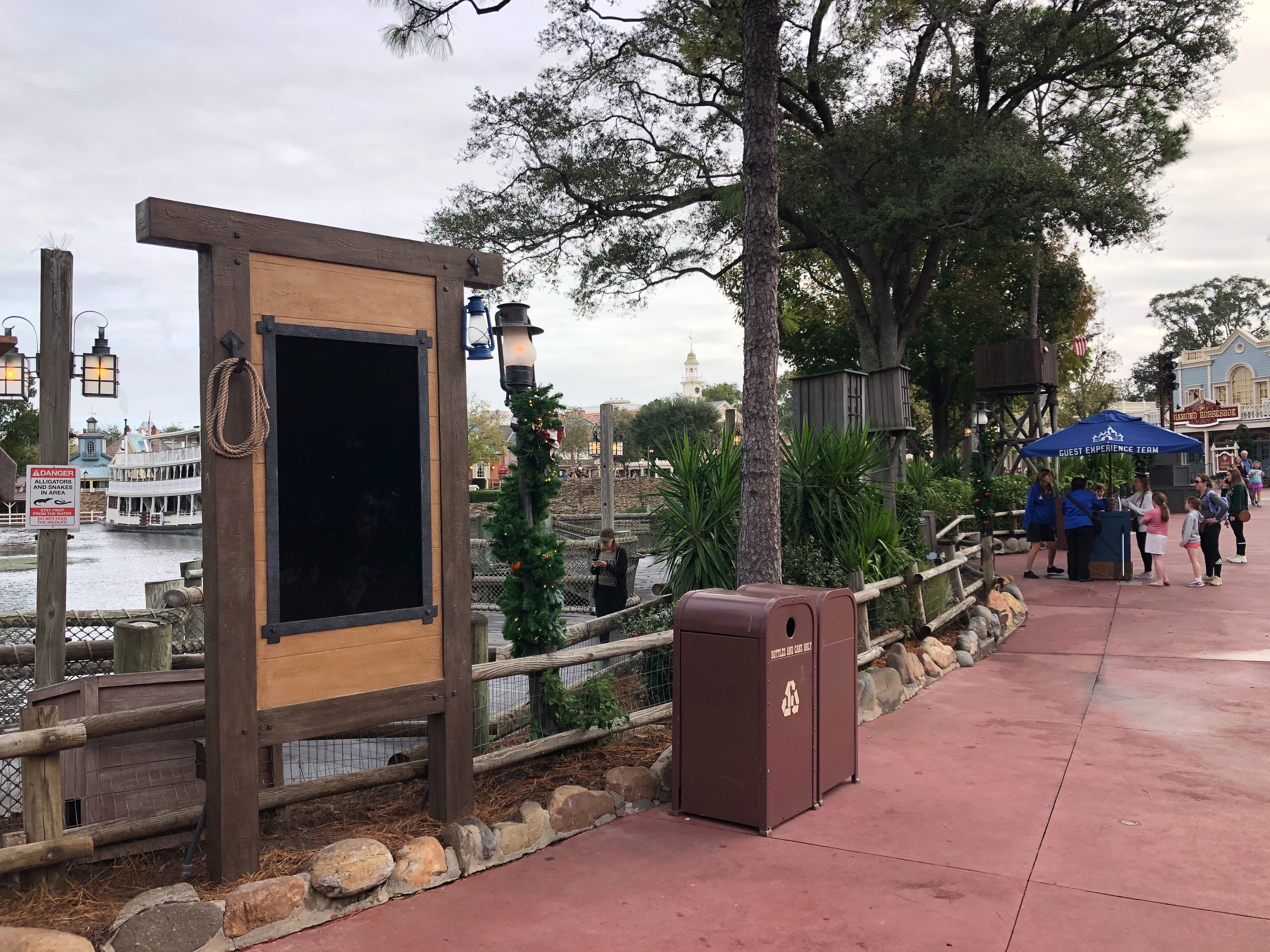 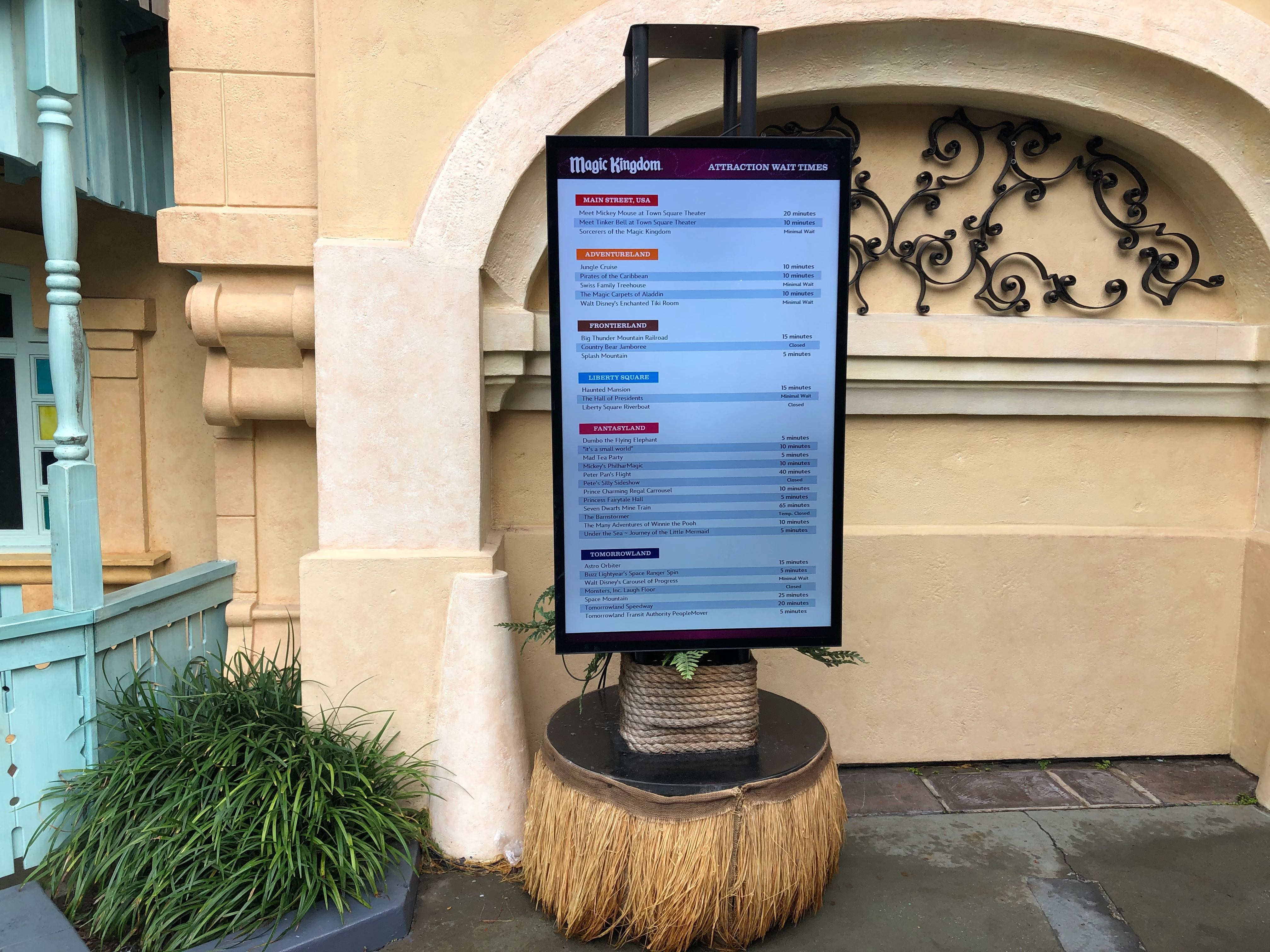 Over by Adventureland, the grass skirt tip board remains untouched, while the Tomorrowland board has been temporarily removed while it undergoes its themed transformation. We’ll be checking back in to see if the new themed boards have been installed in the coming days. In the meantime, what do you think of the new themed digital tip boards?