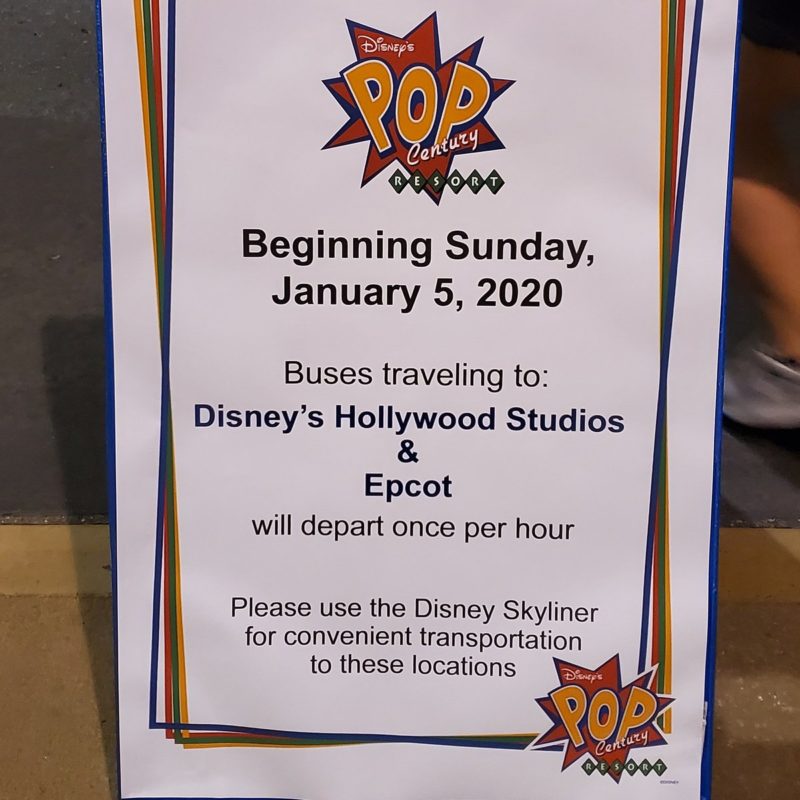 With the Disney Skyliner having been open for months, bus departures from Disney’s Pop Century Resort to EPCOT and Disney’s Hollywood Studios have been reduced to once per hour, effective January 5th.

According to WDWClub, the above sign was posted at Disney’s Pop Century Resort on the evening of January 4th. The Disney Skyliner will continue to operate on its current schedule, becoming the primary mode of transportation from the resort to the two theme parks. Bus service to Magic Kingdom and Disney’s Animal Kingdom is expected to be unaffected by this change.

While the Disney Skyliner is capable of moving high-capacity crowds from resorts to the theme parks, the system has been plagued with issues since its opening back in September 2019. Whether any extended downtime will trigger an increase in bus service to the resort has yet to be seen.

As of the writing of this article, we have not heard of any similar change affecting other resorts on the Disney Skyliner route, including Disney’s Art of Animation Resort, Disney’s Caribbean Beach Resort, and Disney’s Riviera Resort.

Keep reading WDWNT for further information on this ongoing story.