Though 2020 may have only just begun, things are picking up speed as we careen to the opening of Mickey & Minnie’s Runaway Railway at Disney’s Hollywood Studios! And just to keep you posted, Disney has revealed the start of a new poster art countdown series in preparation for the attraction’s March 4th, 2020 opening. And if that wasn’t enough, Disney also added that posters created for existing shorts will be featured in the attraction’s queue. (Here’s hoping for “Potatoland!”) 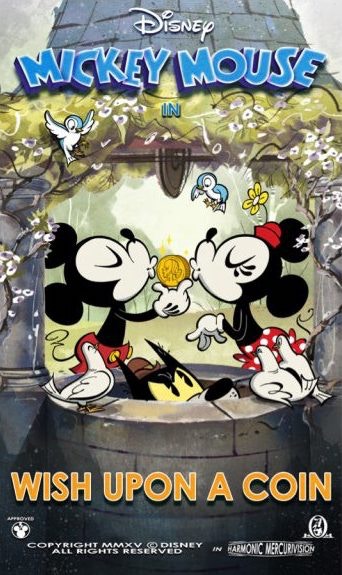 At Mickey & Minnie’s Runaway Railway, the park’s Chinese Theater serves as the magic portal through which you can actually step into a colorful cartoon world where anything can happen. Why? Because here, mouse rules apply! On this zany, one-of-kind adventure, expect the unexpected as you ride through the new Mickey Mouse cartoon, “Perfect Picnic”!

As you make your way to the “premiere” of “Perfect Picnic” in the attraction, you’ll move through the theater’s lobby and see whimsical posters of existing award-winning Mickey cartoon shorts created specifically for the attraction by Walt Disney Imagineering and Disney Television Animation.

Mickey & Minnie’s Runaway Railway opens on March 4, 2020 at Disney’s Hollywood Studios and at Disneyland park in 2022.

PHOTO: First Look at Mickey and Minnie’s Runaway Railway Attraction Preshow Where Guests Will Walk Through The Movie Screen at Disney’s Hollywood Studios