Bright Suns from Disney’s Hollywood Studios! It’s a cold and totally packed day here in the parks and we can’t wait to take you along on our day. Let’s go! 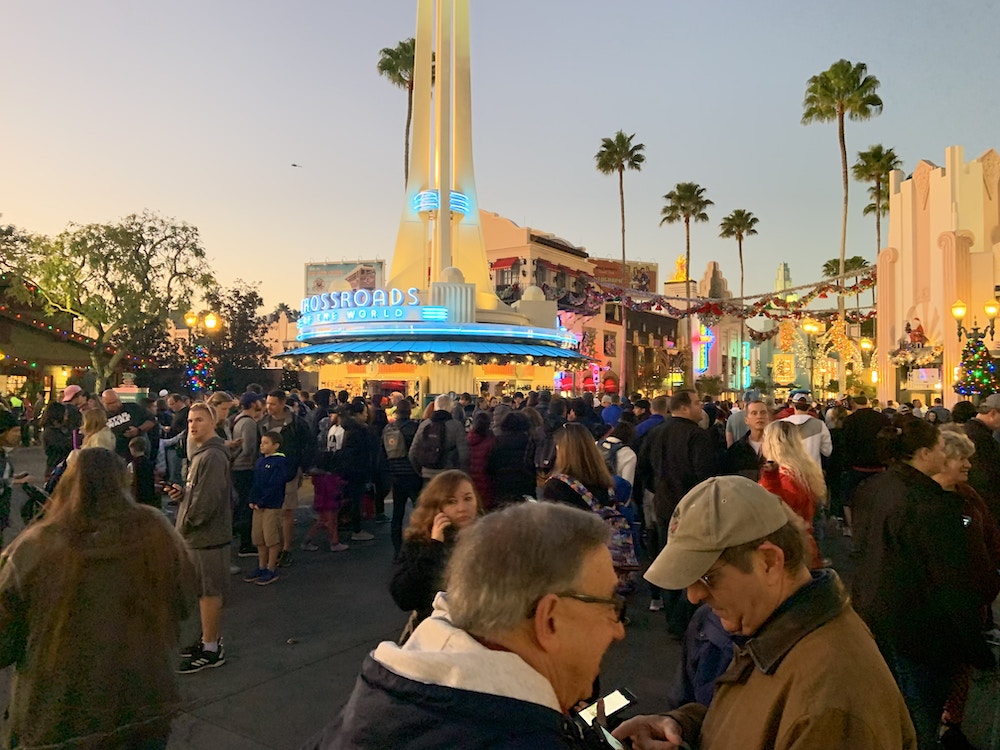 This morning the park opened at 7:00am, as did My Disney Experience for snagging a boarding group for Rise of the Resistance. We grabbed a group around 7:02am and got in group 121. 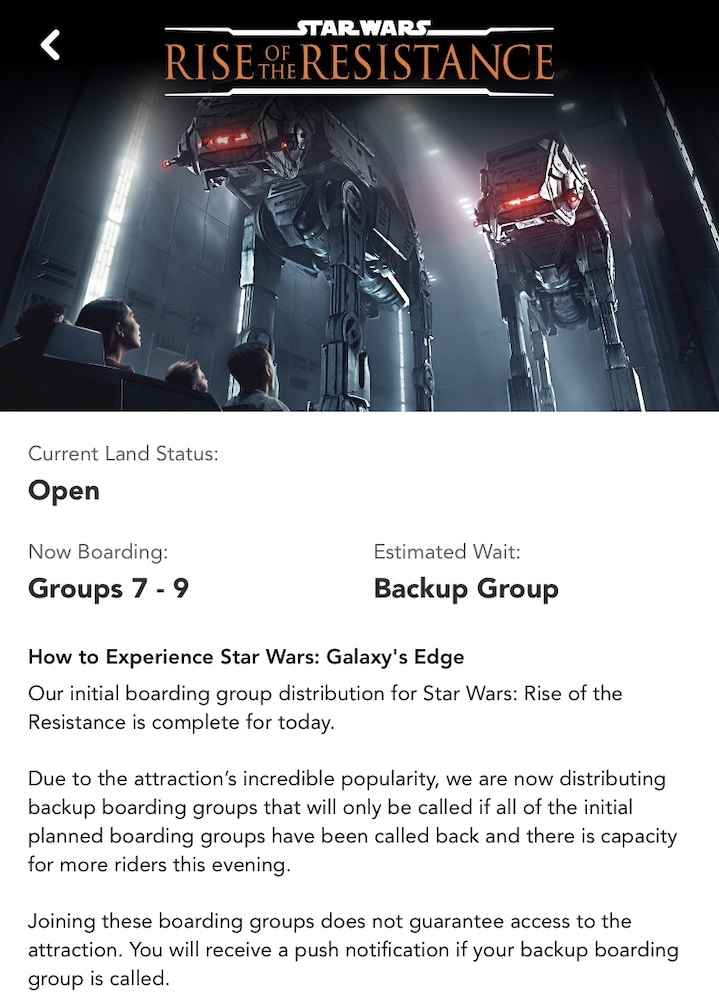 By 7:15 AM, all the regular boarding groups were gone and only backup groups were available. 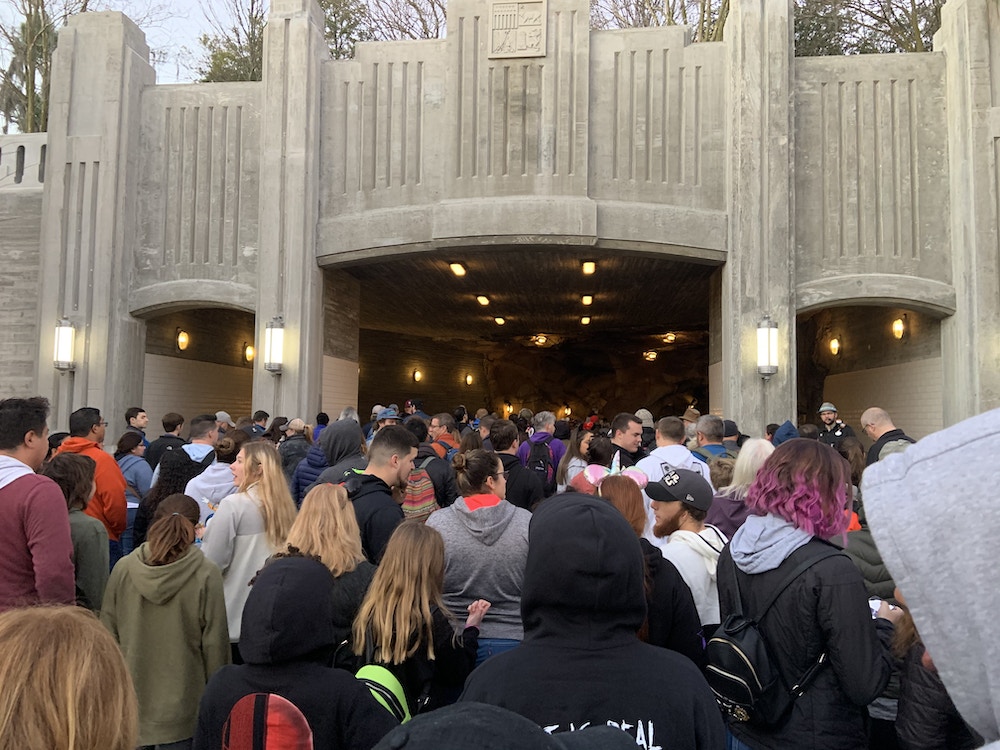 We went to check out what was going on in Galaxy’s Edge and were not prepared for the crowds we ran into! Guests are now allowed to go all the way up to the Galaxy’s Edge entry gate before the land itself actually opens. This created a huge crowd and bottleneck getting in. 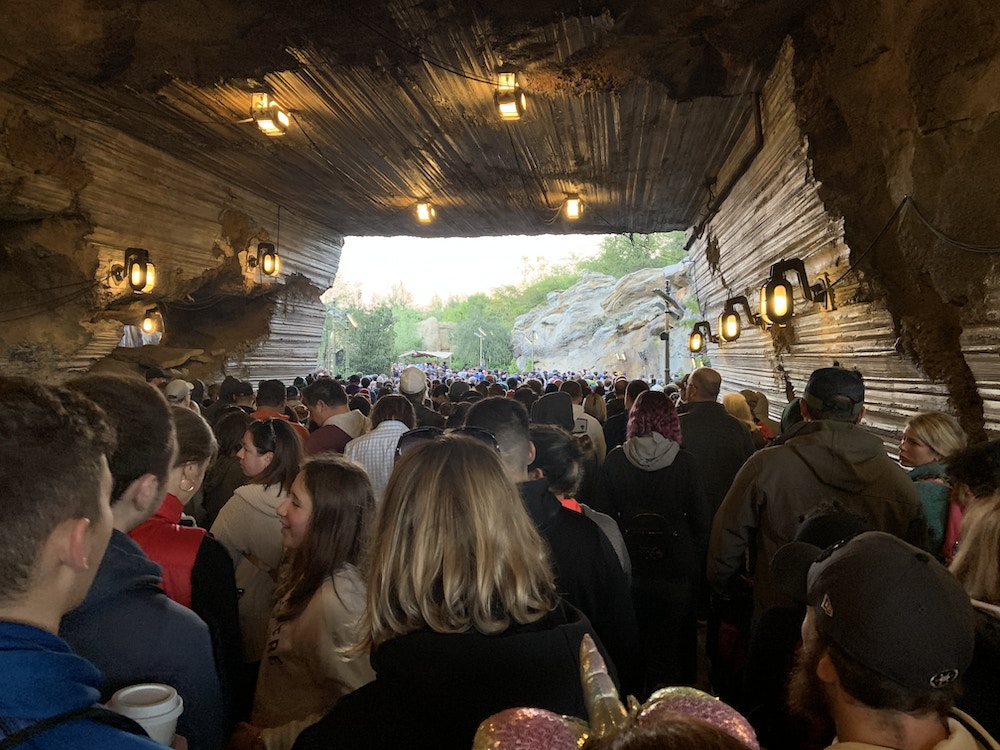 We inched along, hardly moving forward at all. 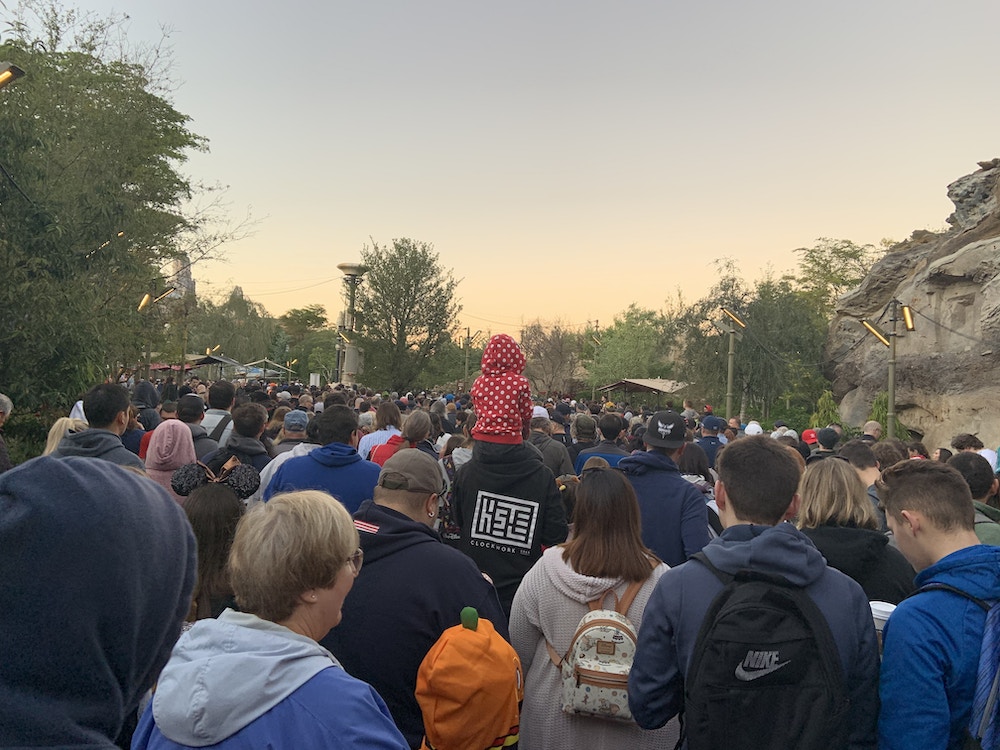 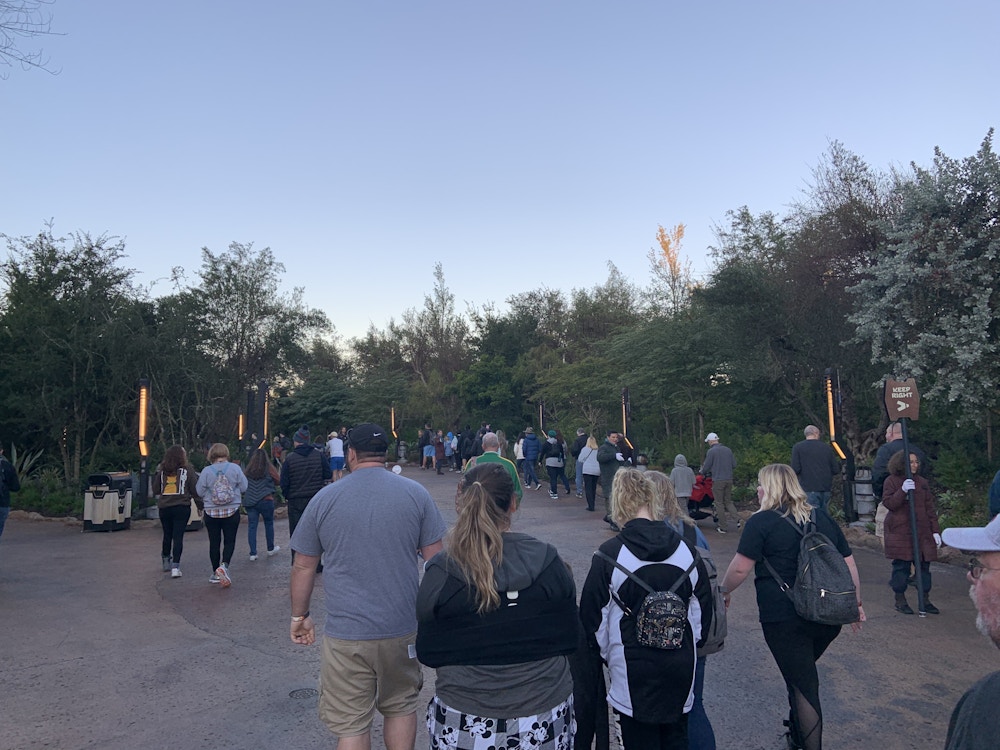 Cast Members finally wrangled guests to the right side to form a queue for Smuggler’s Run and space to walk through the land cleared up. 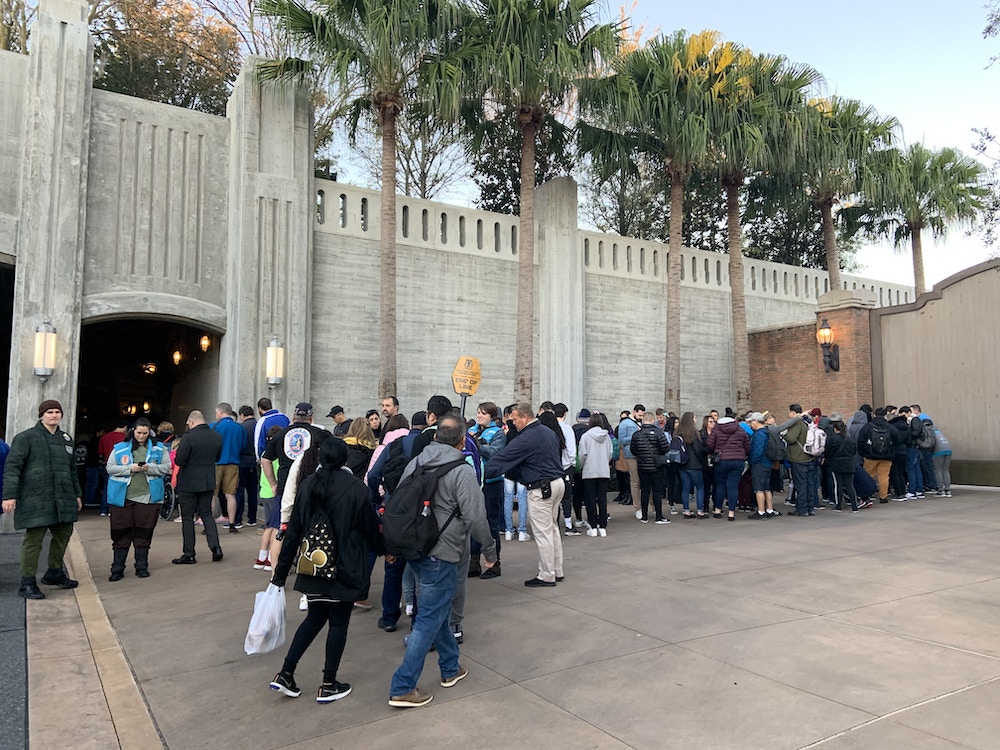 That line for Smuggler’s Run extended all the way through the land, out through the front gate, and into Grand Avenue. The posted wait time was 150 minutes. 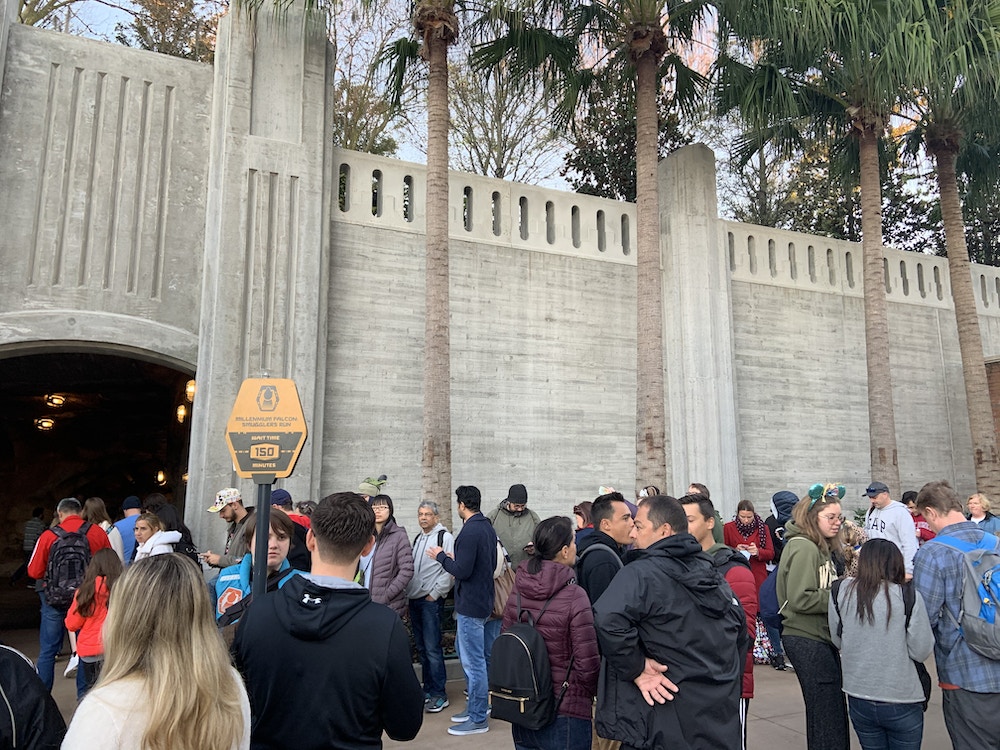 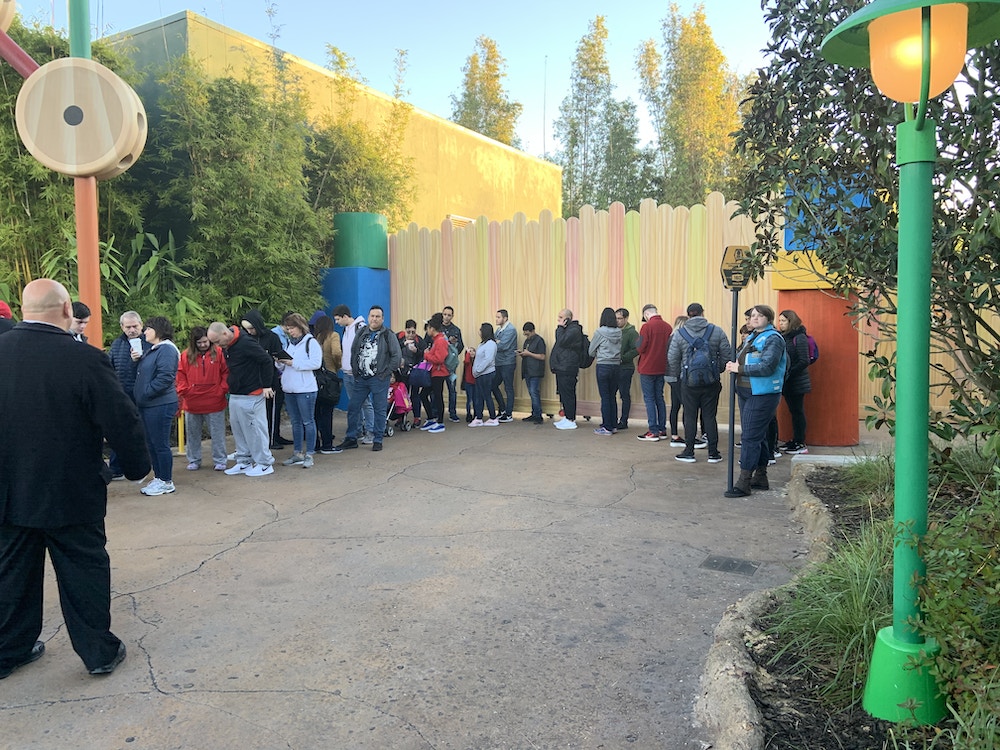 Eventually they opened backstage areas, twisted the crowd away from the front entry to the land, and moved the end of the line to Toy Story Land near Alien Swirling Saucers. At that point, the posted wait time was 160 minutes. After seeing all that, we decided to pop out of the land and look at the rest of the park. 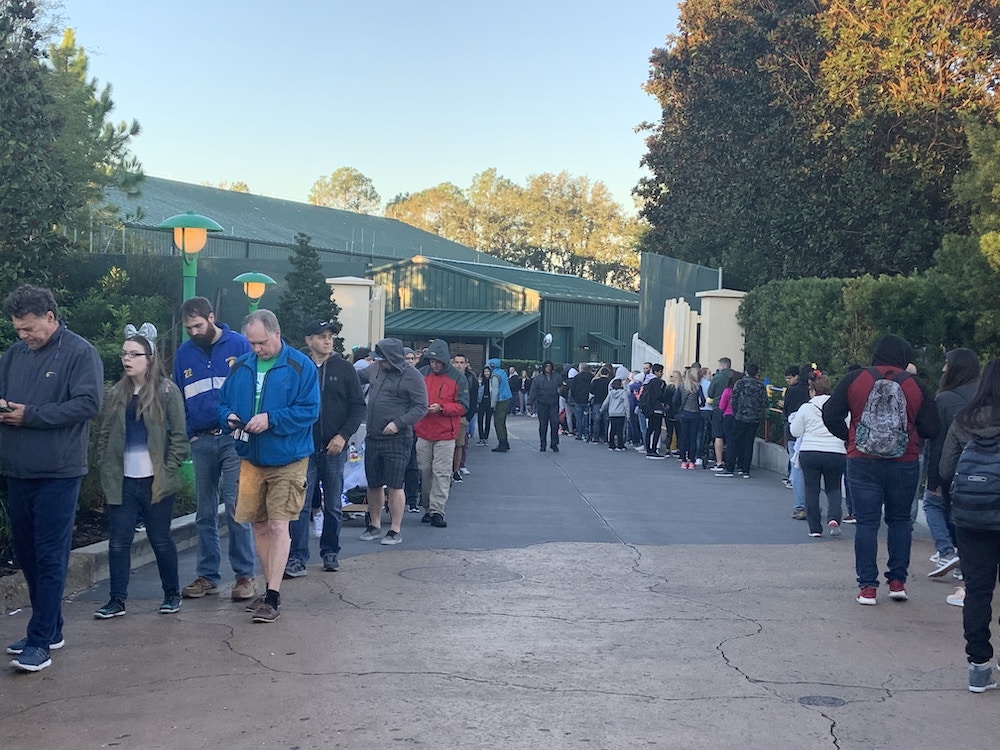 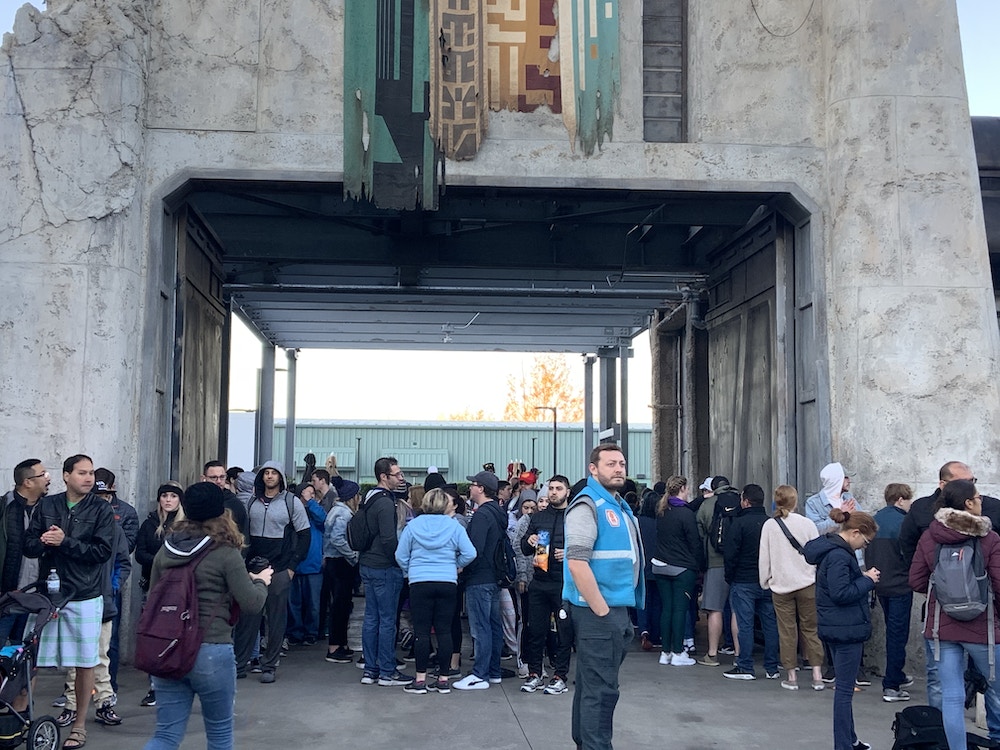 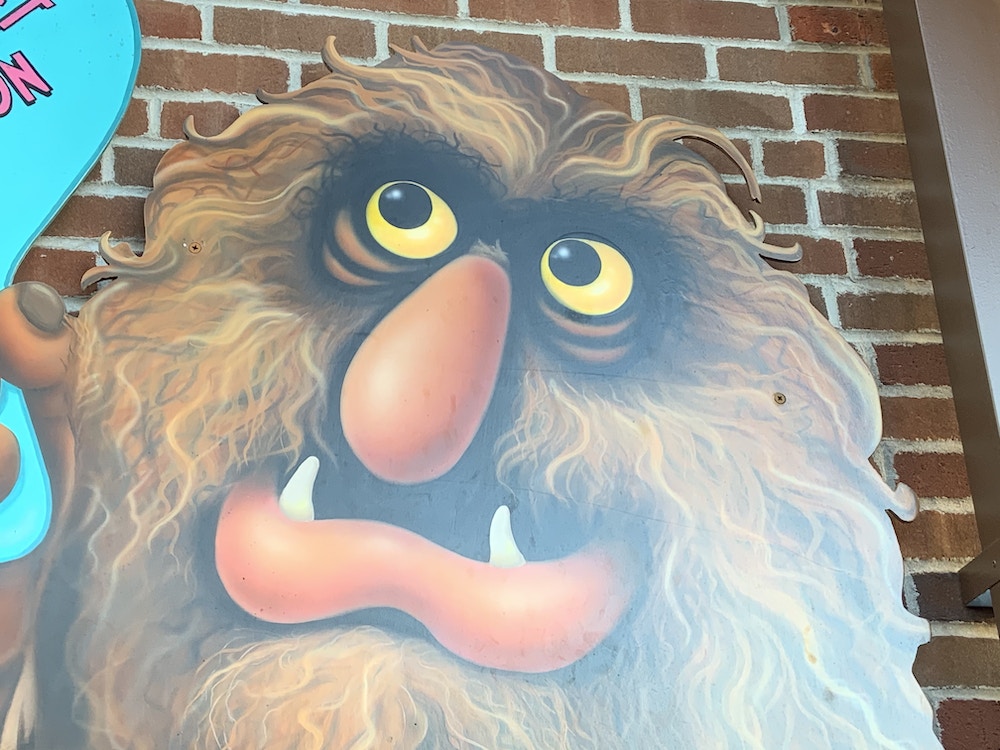 My face when I saw how long that line was. 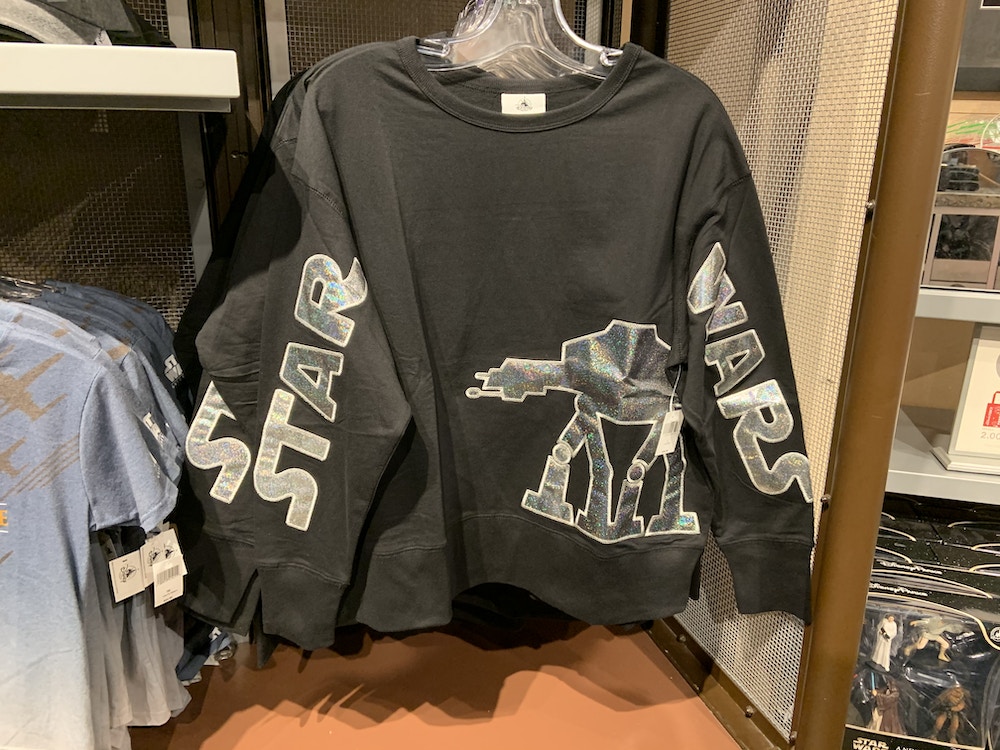 We saw this sparkly faux Spirit Jersey featuring an AT-AT at Tattooine Traders! It retails for $54.99. Perfect for a more casual and warm Star Wars park day. 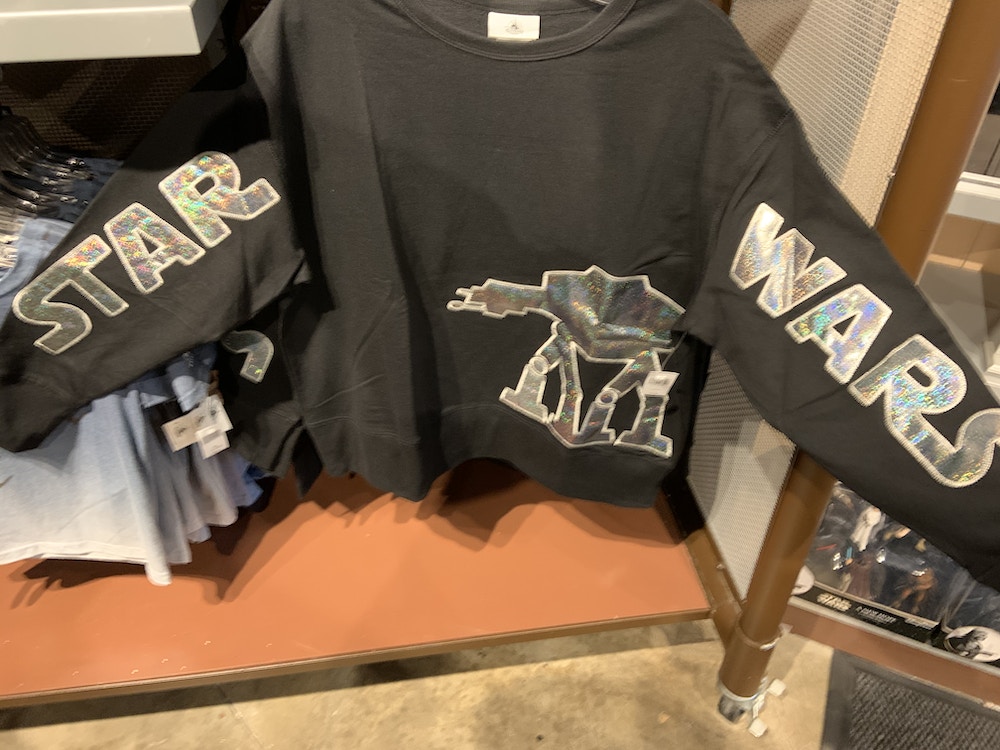 The D Tech tablets were turned around and out of service today. 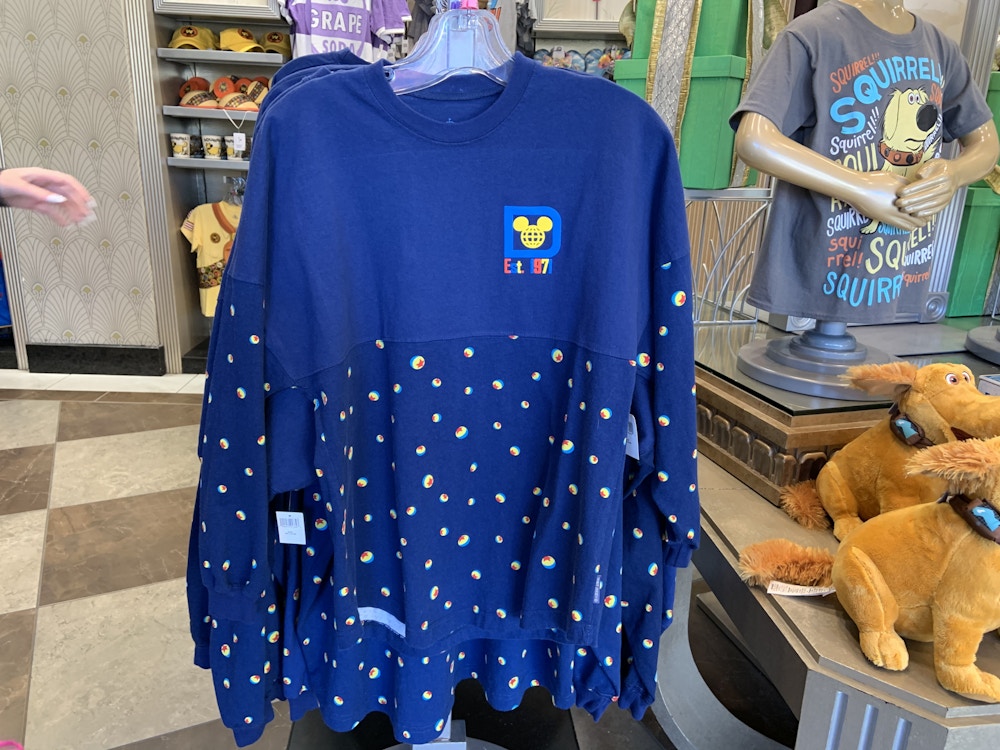 We also came across this real Spirit Jersey featuring the Pixar Luxo Ball! It is priced at $69.99. 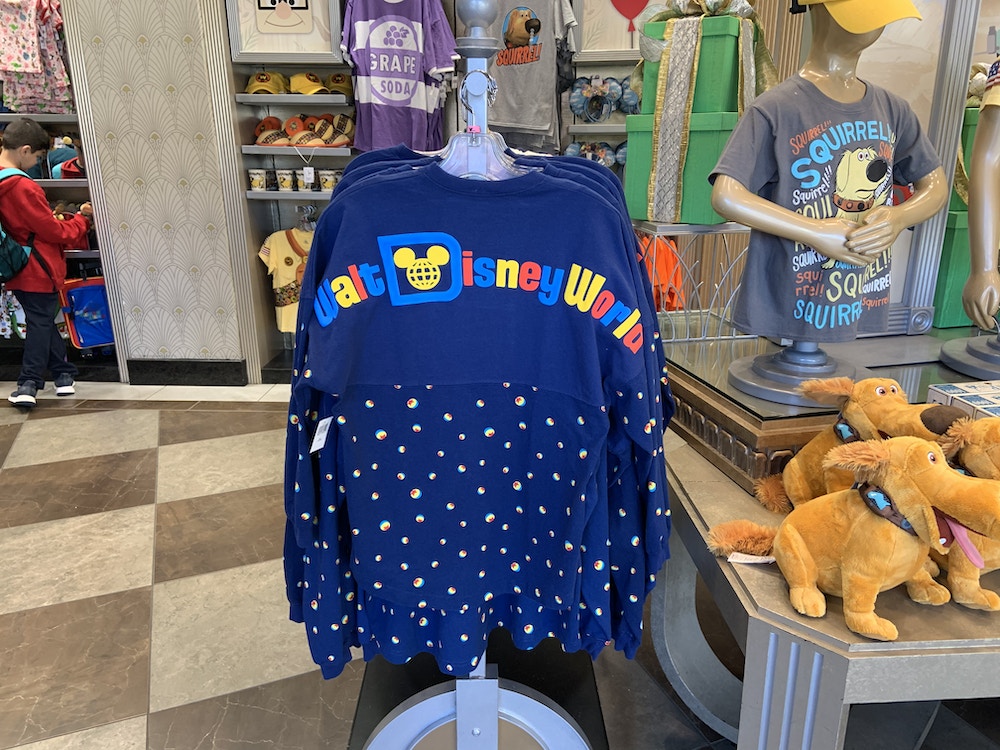 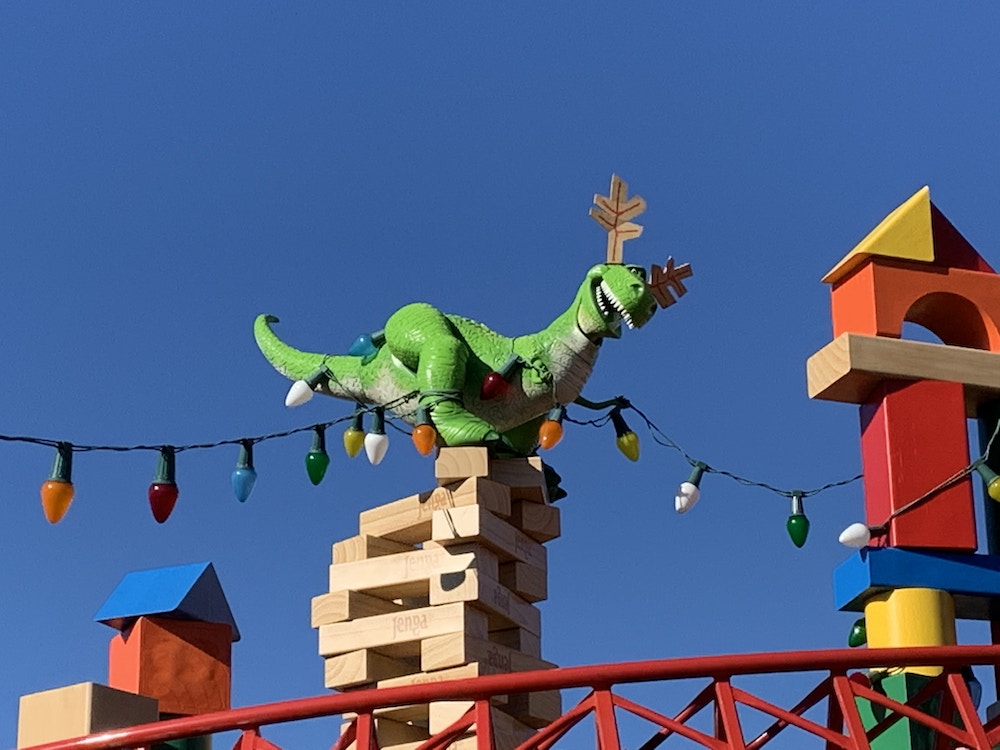 I really identified with Rex when we were stuck in that early morning Galaxy’s Edge crowd. Total Nervous Rex! 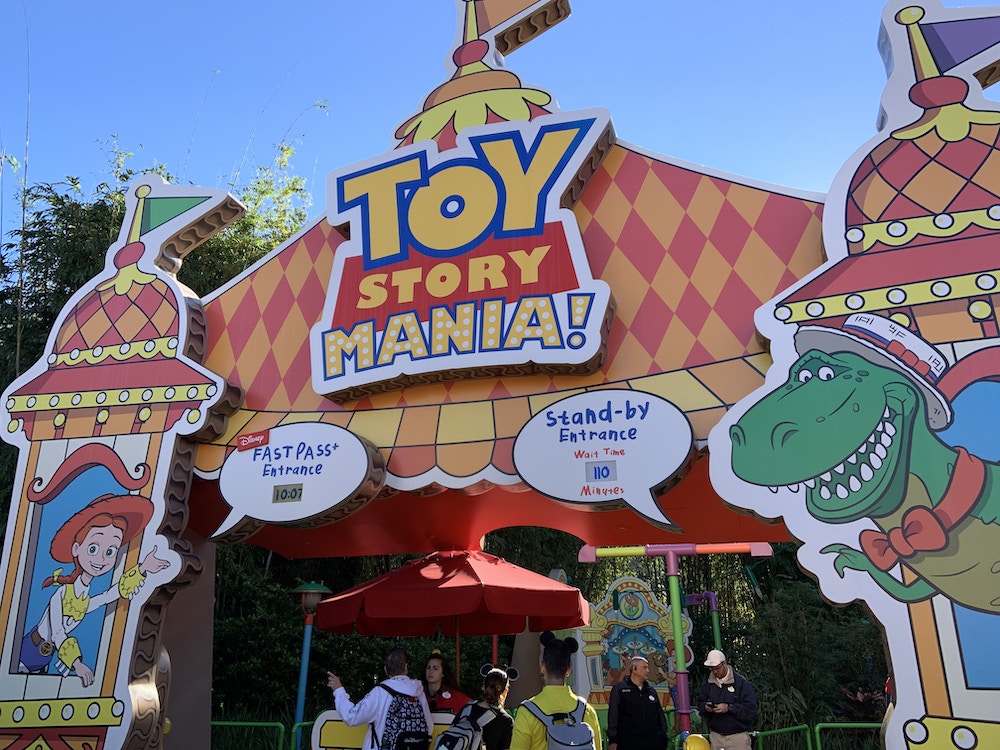 As we looped back through to check on Galaxy’s Edge one more time we saw that the wait for Toy Story Mania was 110 minutes! 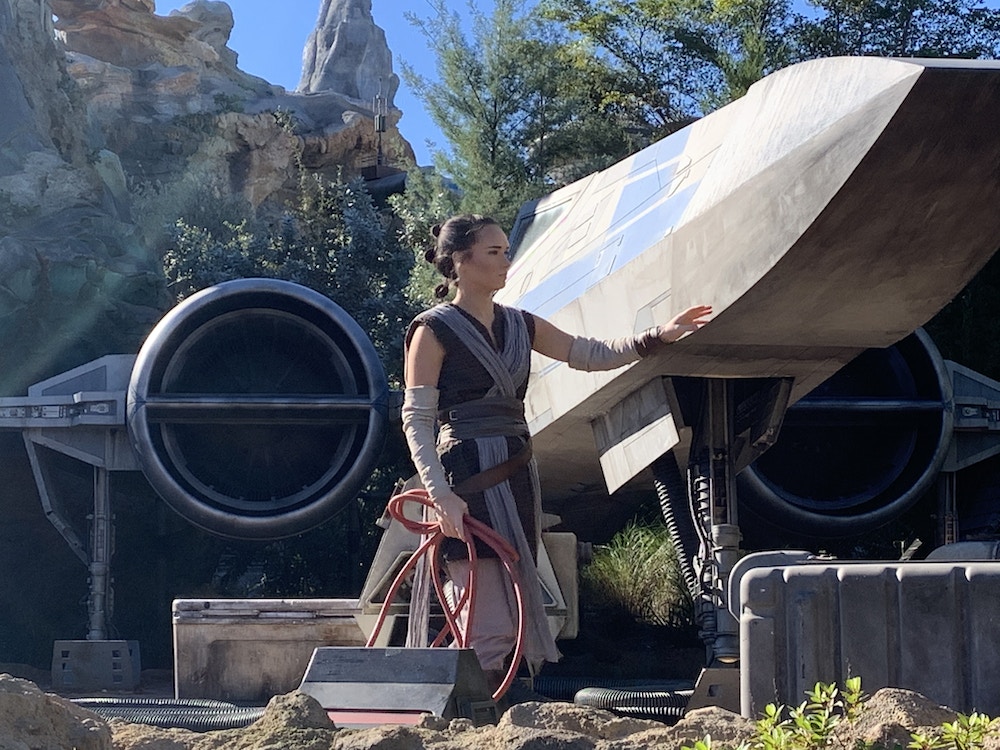 We bumped into Rey working on her ship quite intently. 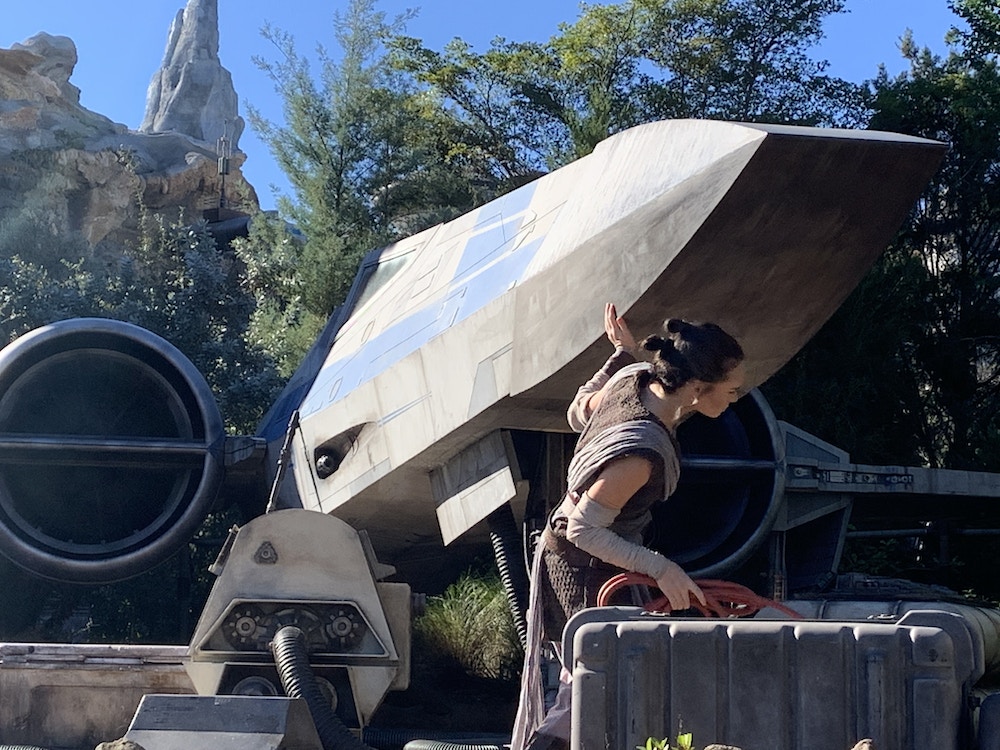 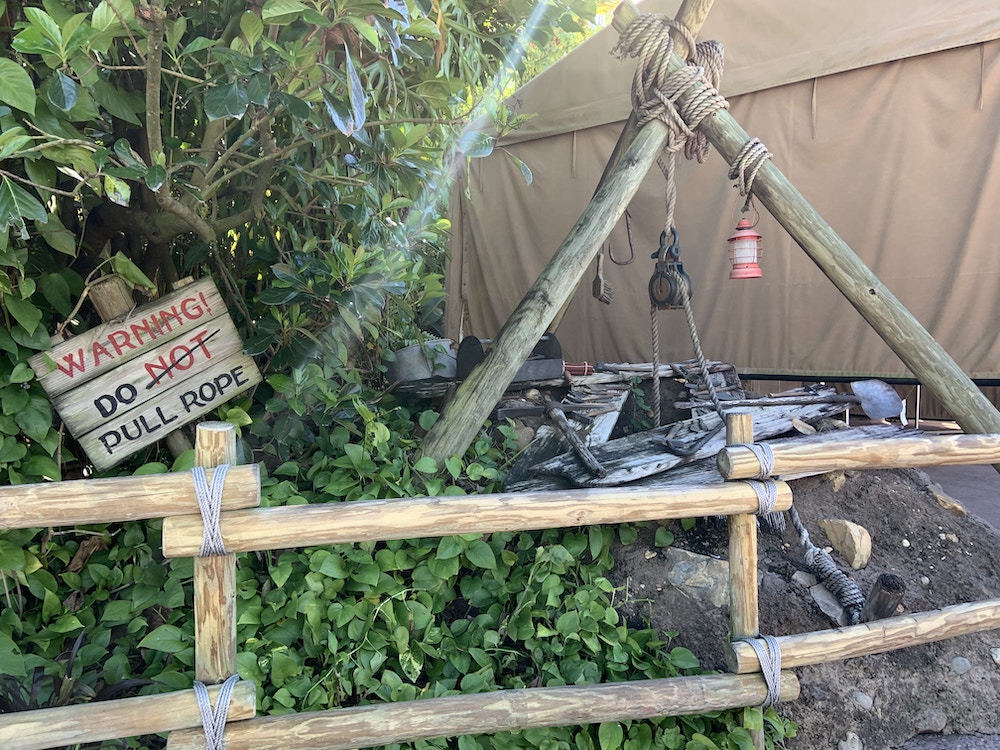 And we may or may not have followed this sign’s tricky directions and pulled the rope. Try it out on your next park visit! 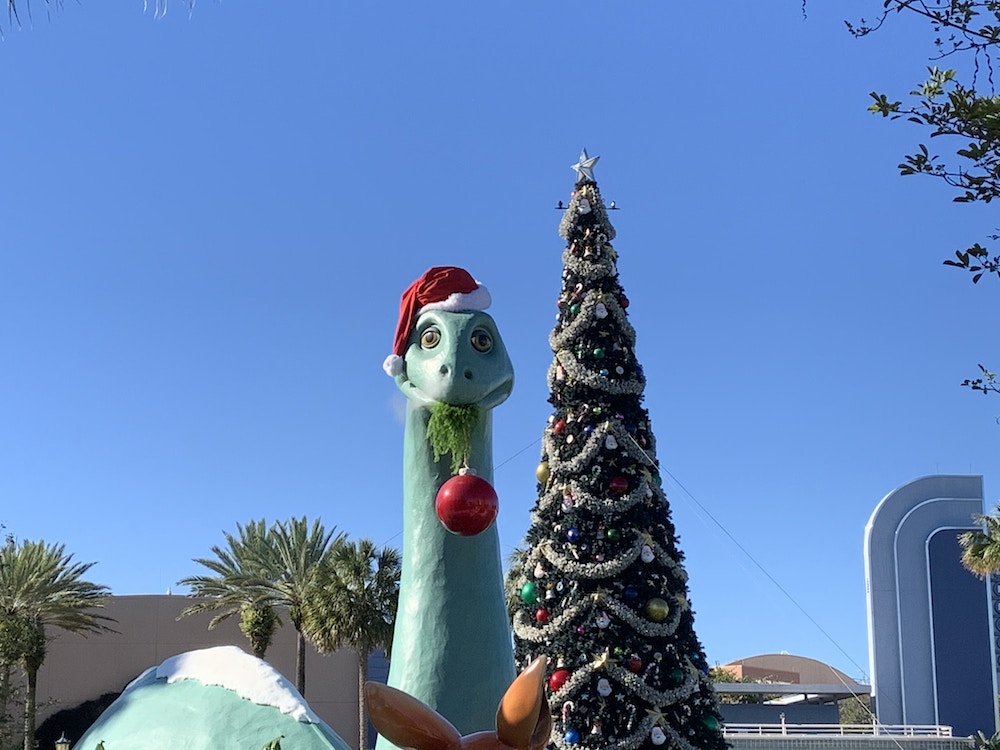 While Hollywood Studios is still in full Christmas gear, we know it will be leaving soon. So one last picture of Santa Gertie for the road seemed appropriate.

That’s all for Disney’s Hollywood Studios today! Were you stuck in the massive Galaxy’s Edge crowd today? Would you stay and brave the masses for a chance to ride Rise of the Resistance?

Be sure to keep checking back with WDW News Today for even more park updates and crazy crowd pictures!

Next
PHOTOS: Scaffolding Around Space 220 Restaurant Removed at EPCOT