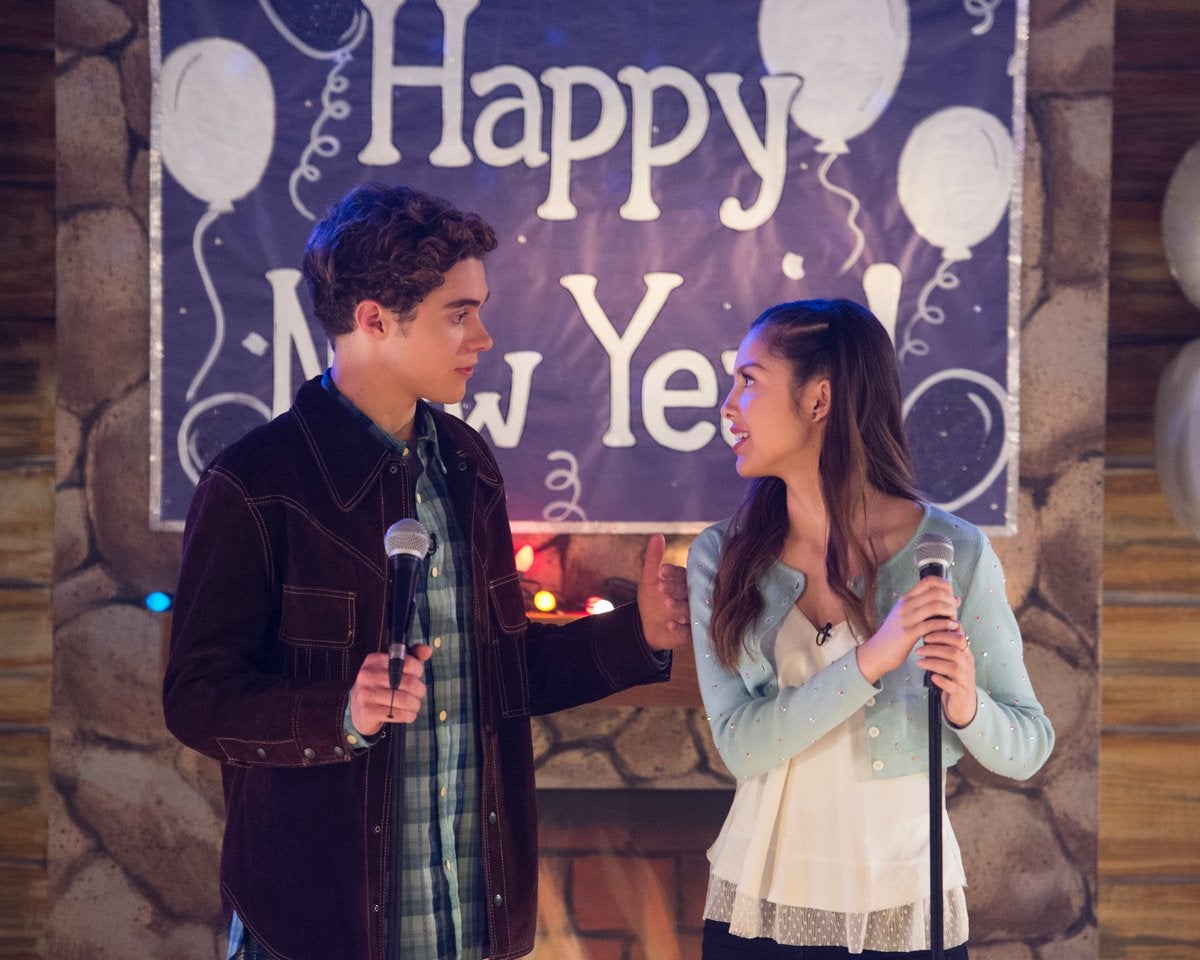 Happy New Year, Wildcats! The first episode of 2020 rings in the New Years Eve that Troy and Gabriella met, as well as showing off how this cast of Wildcats makes it through opening night with pre-show anxieties and shocking revelations.

We start off with the episode showing us everybody getting ready for Act 2 of opening night of High School Musical, and when it’s time for Troy to get into place, we see the camera pan over to EJ in Troy’s costume, rather than Ricky. Flash back to eight hours earlier, we see how all of the changes in the show have all came to be. There’s a lot crammed into this episode so get ready!

Earlier that day, we see that Nini and Kourntey are prepping for opening night, now that Kourtney is filling in for the part of Taylor since Gina had to leave with her family. Nini’s planning on giving Ricky a dog tag necklace as an opening night gift, as a symbol of how far the two of them have came since their breakup. Meanwhile, Ricky is working on making a song for Nini as his opening night gift, and runs it by Big Red, who believes it’s originally for Gina.

Ricky and Nini arrive at the gym early to try to work out their opening night jitters, but neither of them exchange their presents for each other and opt for getting ready instead. Between then and the opening of the show, we hear “Just For a Moment” being played over the cast getting ready, sung as a duet from both Ricky and Nini about how they feel.

As the audience begins to fill up, we see Mike and Miss Jenn talking again before he finds his seat. It’s then that his wife appears to find their seats together, making Miss Jenn realize that Mike may not be as available as she once believed. The show starts off with a few technical difficulties, which brings in Mr. Mazzara to help out Big Red on the tech board before things go even worse.

Kourtney is struggling with her lines and choreography as Taylor and before she has to go on for the “Stick to the Status Quo” number, Gina has arrived and takes her place again. From the wings, Nini spots a talent scout from the Youth Actors Conservatory that Kourtney invited to see Nini preform. Her nerves start to increase as she tries her best to prepare to finish out the show.

Next up is “Get’cha Head in the Game” number, and all is going great with Ricky rocking the part of Troy, even flying during his solo moment. However, when he’s up top and glances over at his parents, he sees his mom’s new boyfriend has also came and Ricky’s head is pulled out of the game. He starts messing up the choreography and ends up heading backstage afterwards to tell EJ that he’s got to take over as Troy for the second act because he’s so shaken up and to make sure that Nini has the best chance she can into getting into the Conservatory. We then pick up with where the episode started and will see how Act 2 takes place in the finale episode.

This episode is heavy on the musical numbers as we see how all of the cast’s hard work has paid off for opening night, along with added drama that’s not necessarily on the stage but in the audience. It’s really cool to see all of these classic numbers and scenes come back to our screens with this new cast of Wildcats, and how they put their own spin on things as well. The “Stick to the Status Quo” number might be the best performance that we’ve seen all season. Although it’s a retake on the original scene from the movie, the choreography from Gina and Seb is incredible and really makes this number stand out from the original.

Still with us, Wildcats? Check back with us next week for the season finale, Episode 10, “Act Two”.