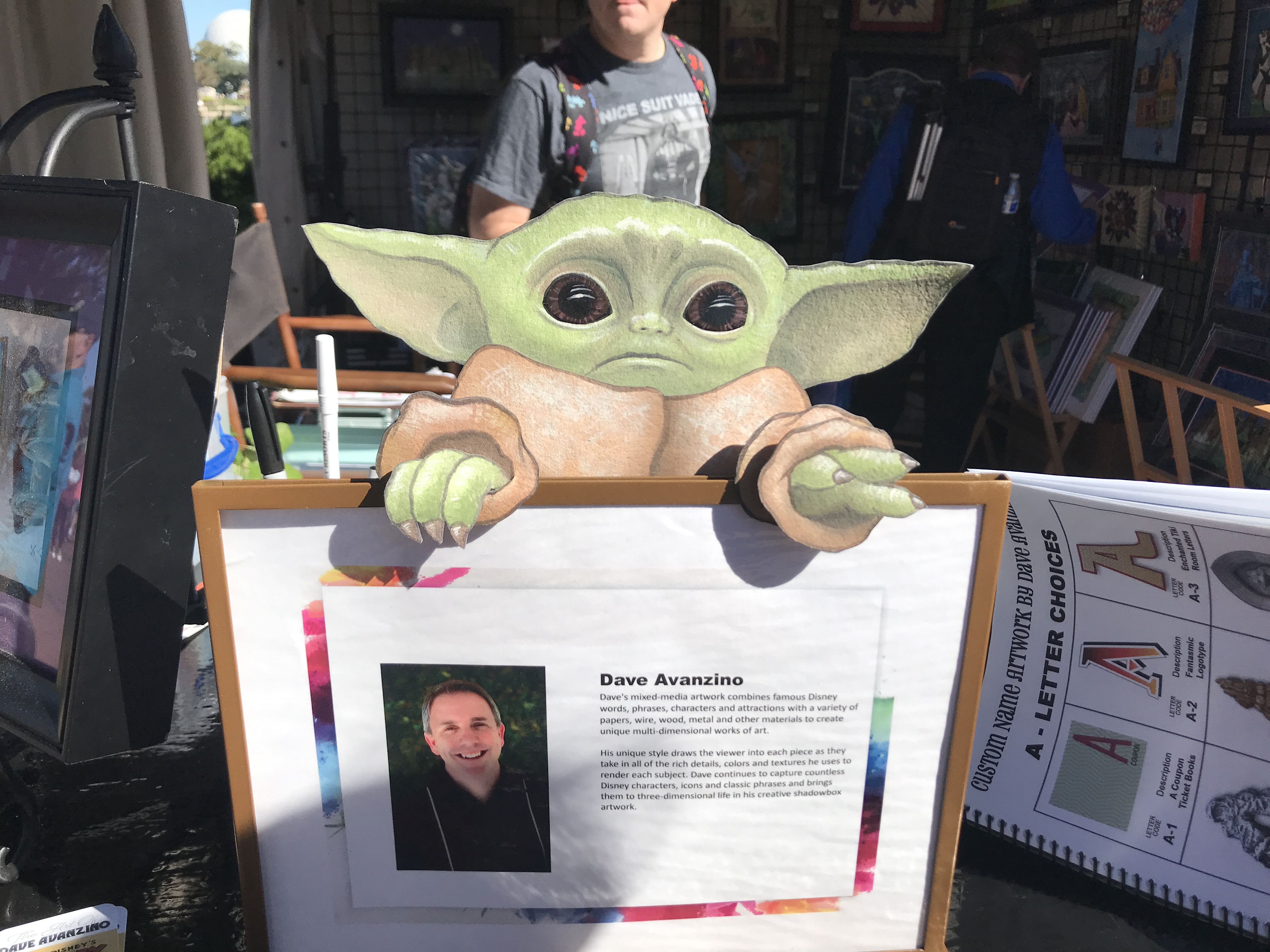 Hello from EPCOT! With the EPCOT International Festival of the Arts underway and lots of exciting construction updates, we decided to stop by to see what’s going on. Let’s get going! 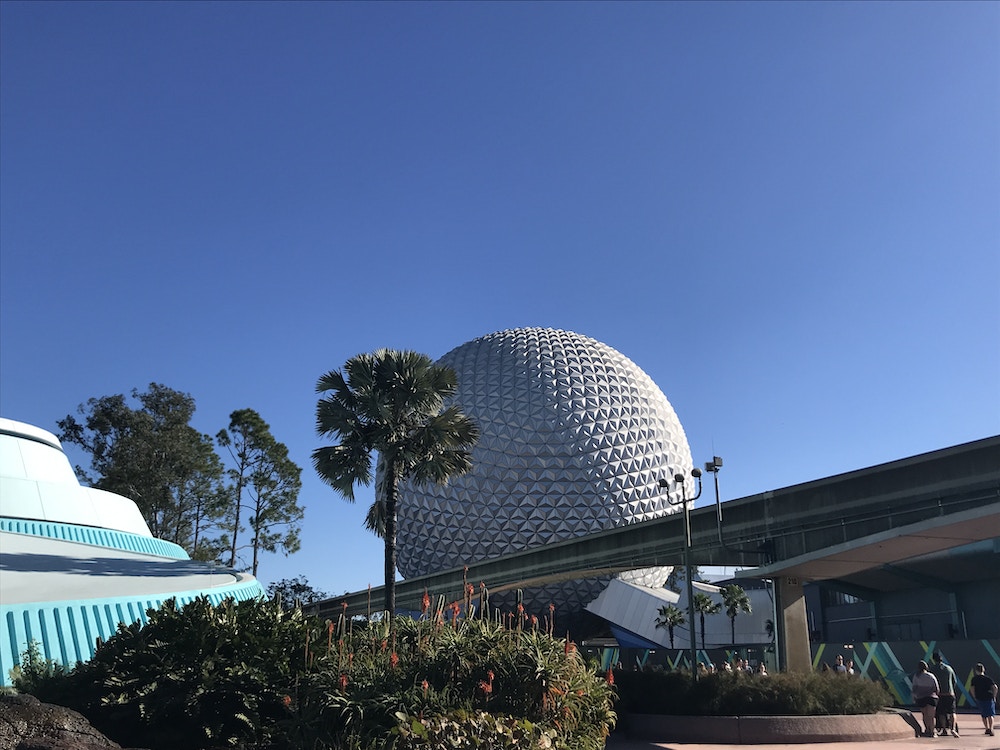 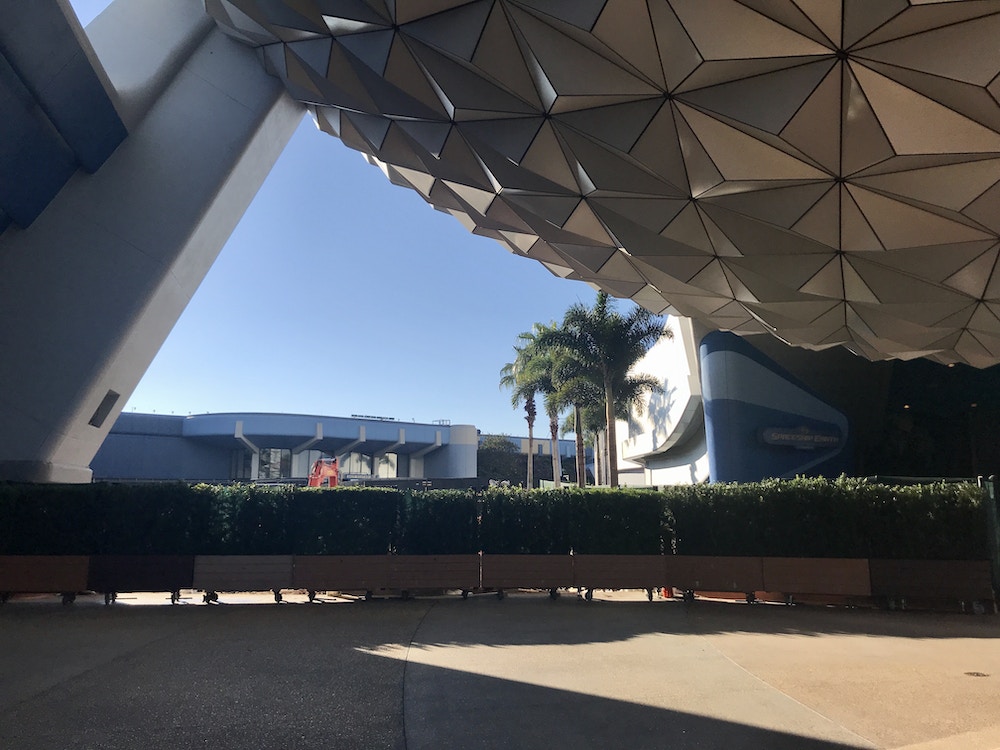 We keep checking for the opening of the Future World East walkway. There wasn’t much change today — just construction hedges standing in our way. 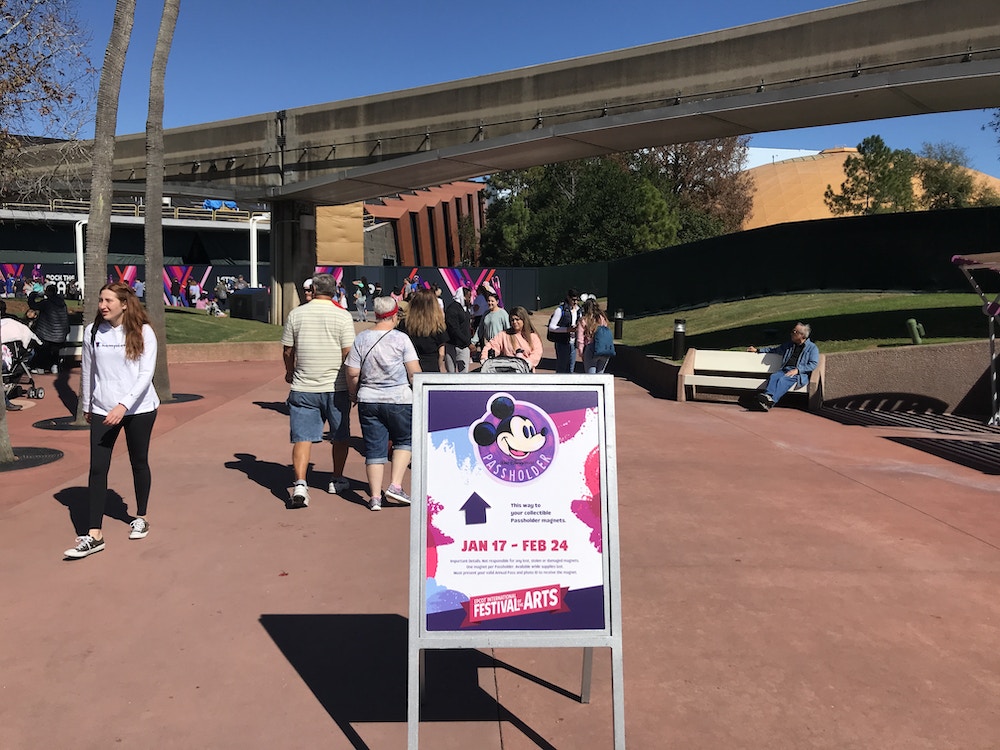 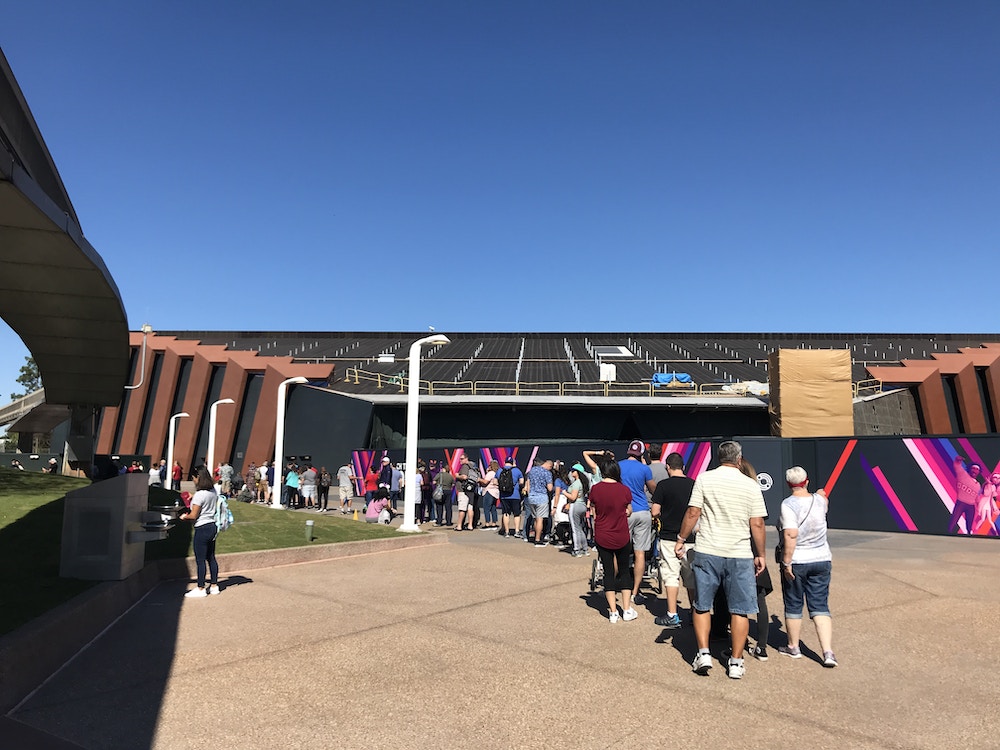 The new section of the Future World East bypass walkway that recently opened is now being used as the Annual Passholder magnet pickup line. 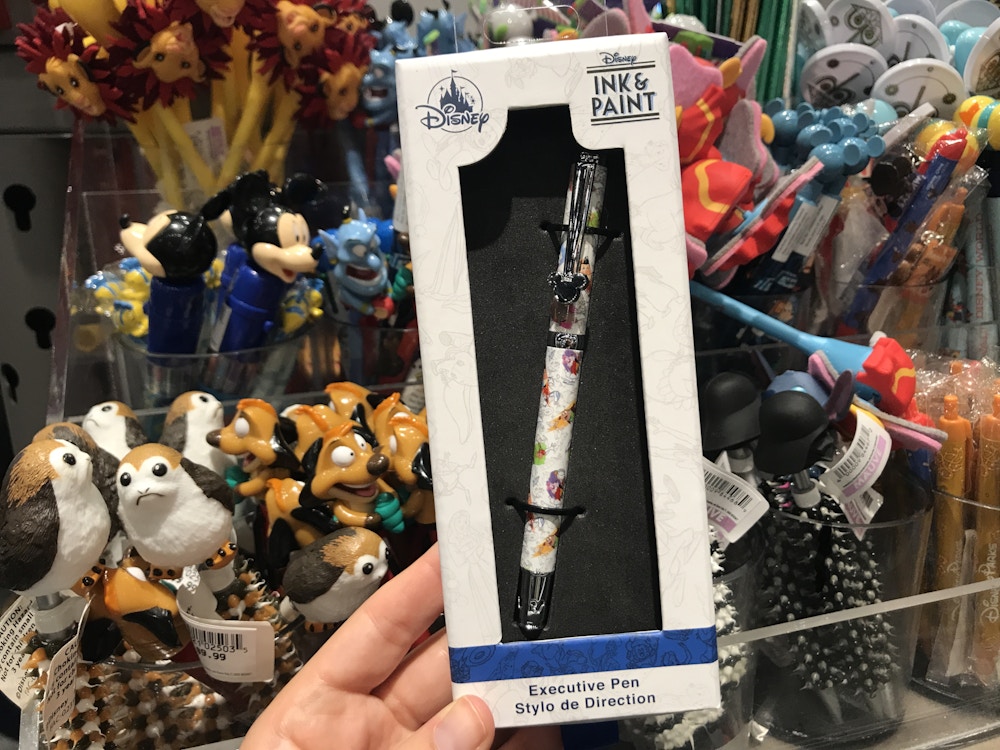 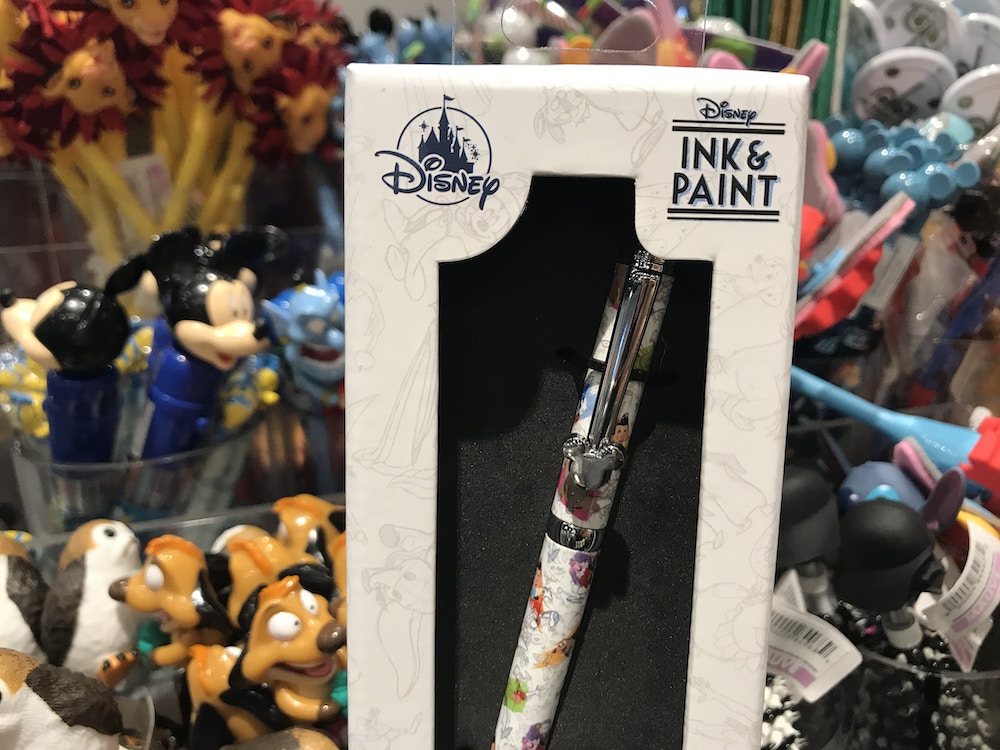 Inside MouseGear, we spotted a new fancy executive pen. It features artwork of Mr. Toad, Sorcerer Mickey, Pinocchio and Dumbo. 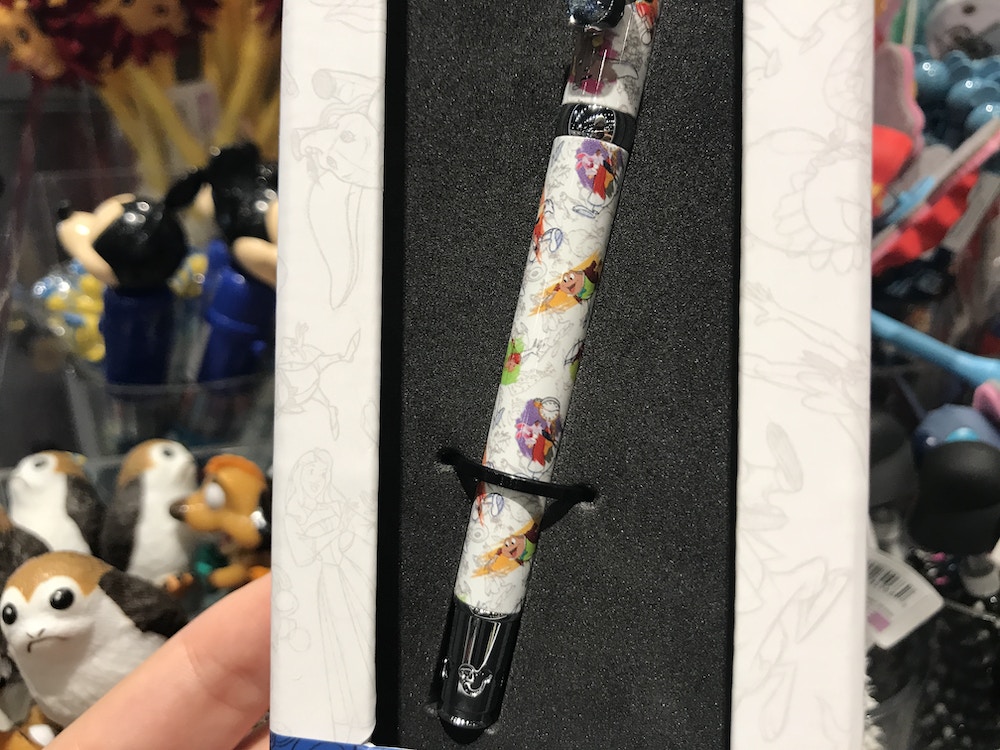 It costs $32.99, a price only true executives can afford. 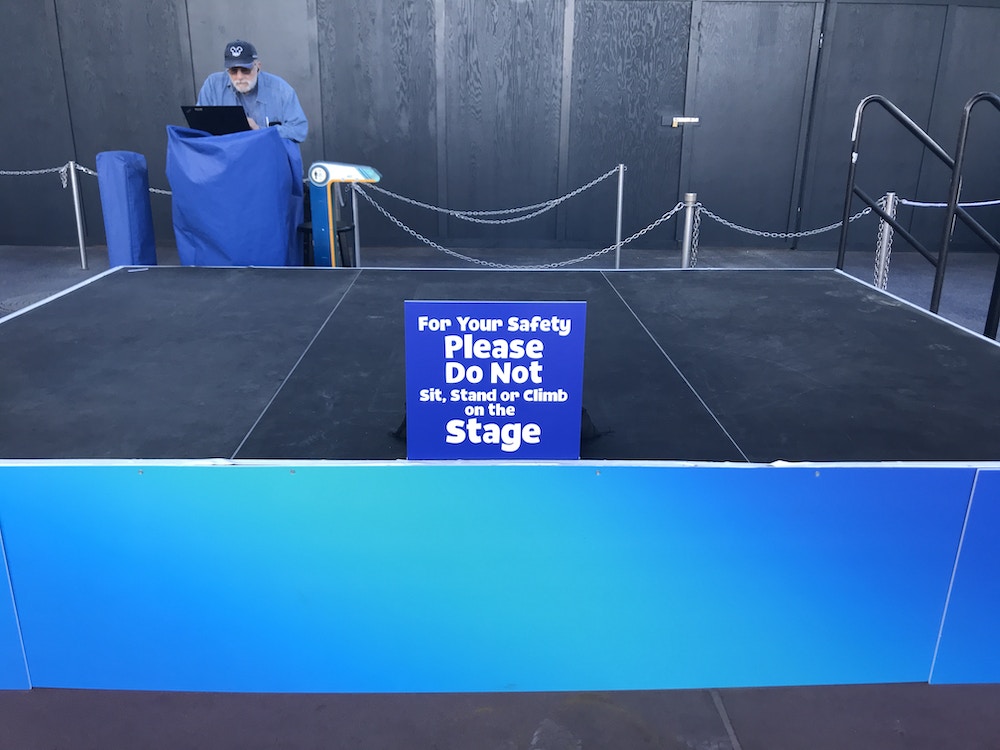 A new sign sits on the stage in front of Test Track, which is currently closed for refurbishment. It reads, “For Your Safety Please Do Not Sit, Stand or Climb on the Stage.” Guess that’s become a bit of a problem. The stage is a rain location for Epcot International Festival of the Arts performers. 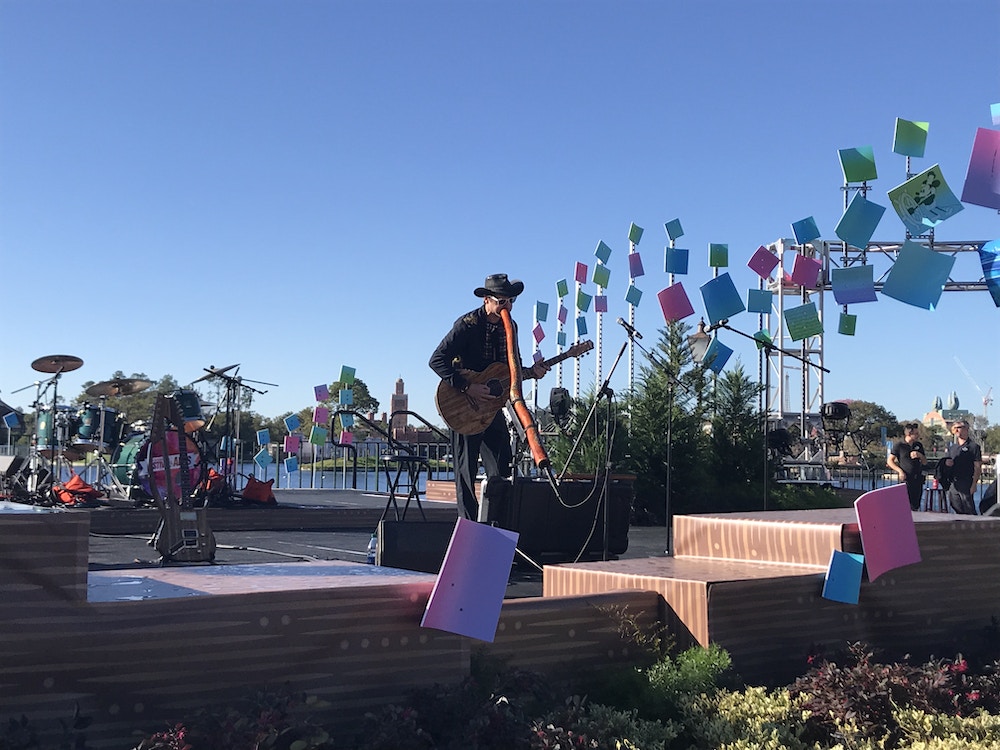 One of the unique offerings of Epcot International Festival of the Arts is a wide array of musicians. This morning, a didgeridoo player performed. 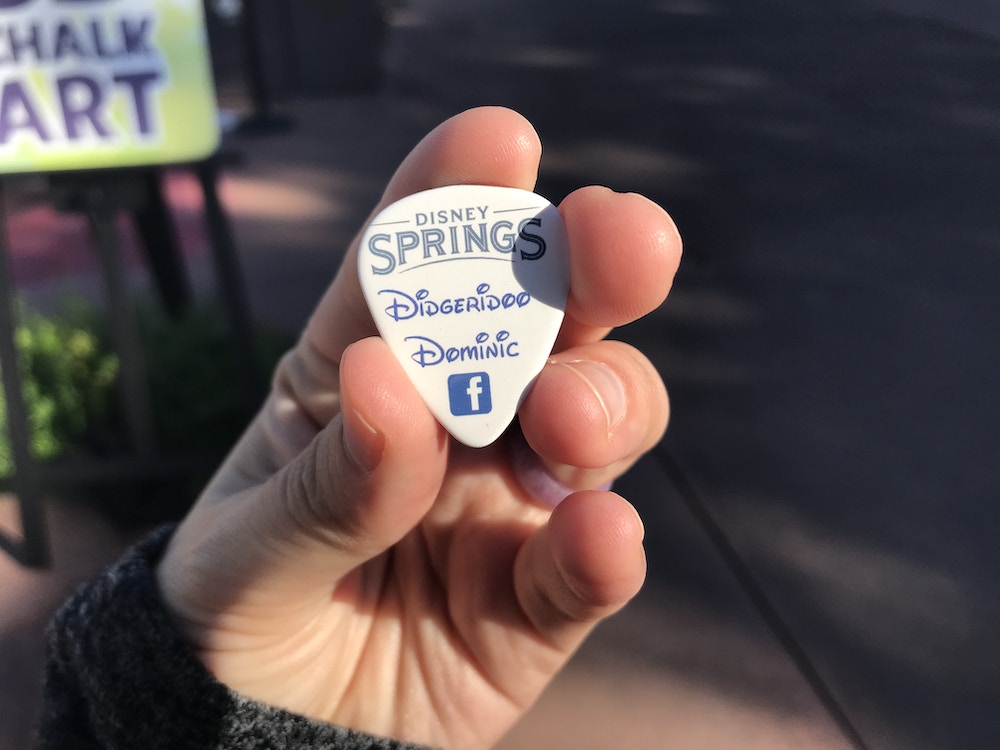 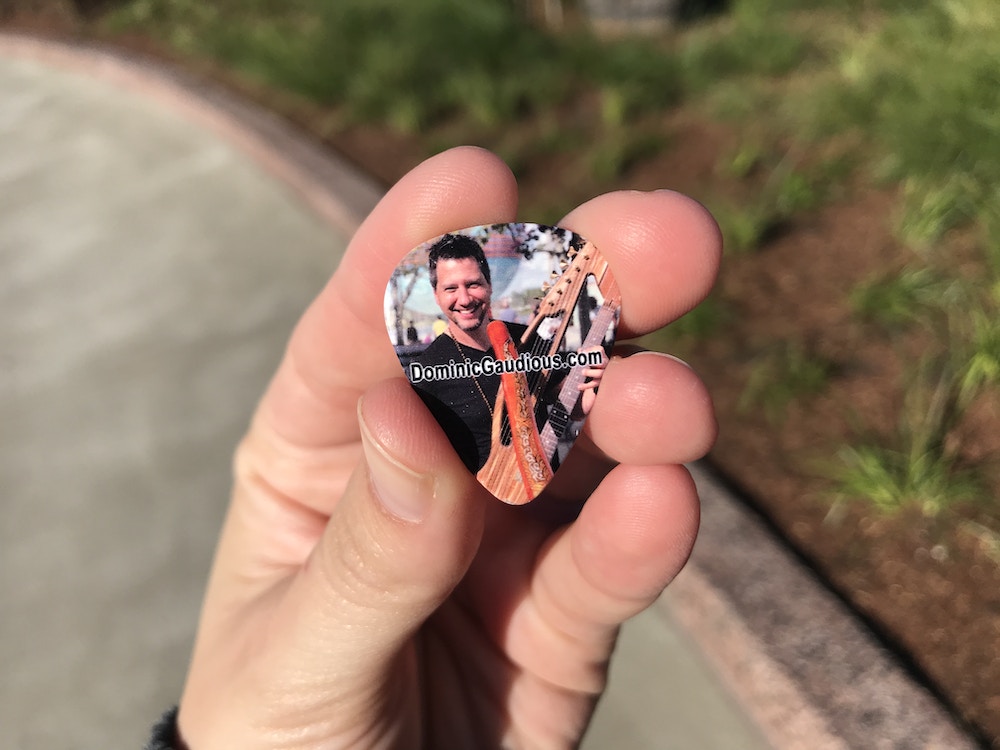 He even threw us his pick from the stage. 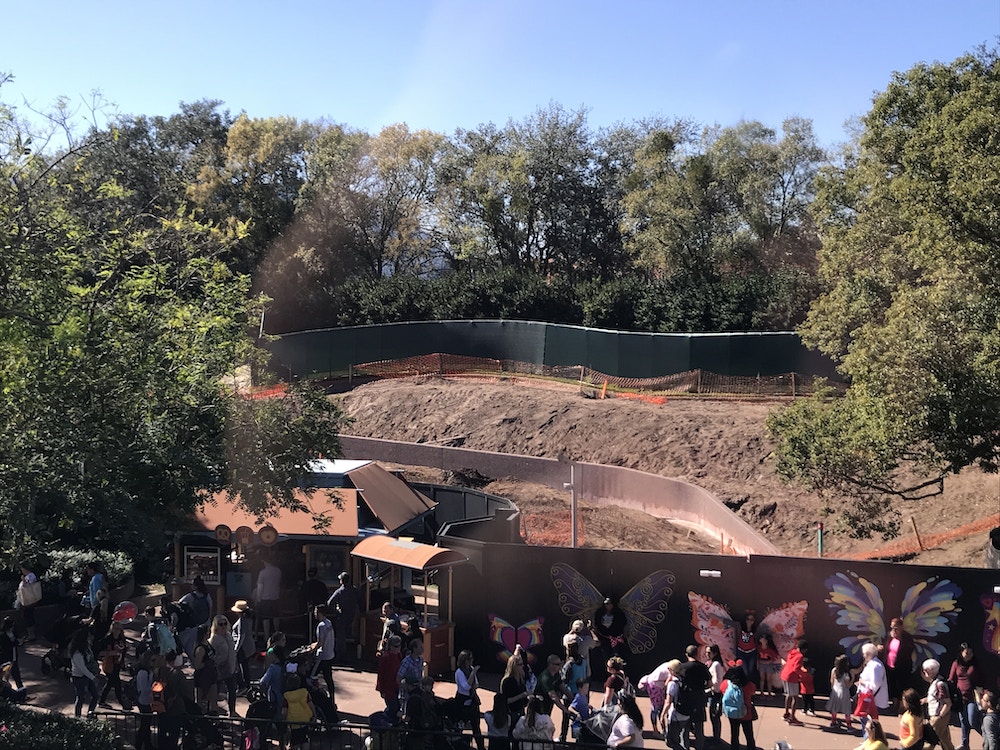 By the Imagination! pavilion, a retaining wall was put in. This area seems to be a big landscaping project. 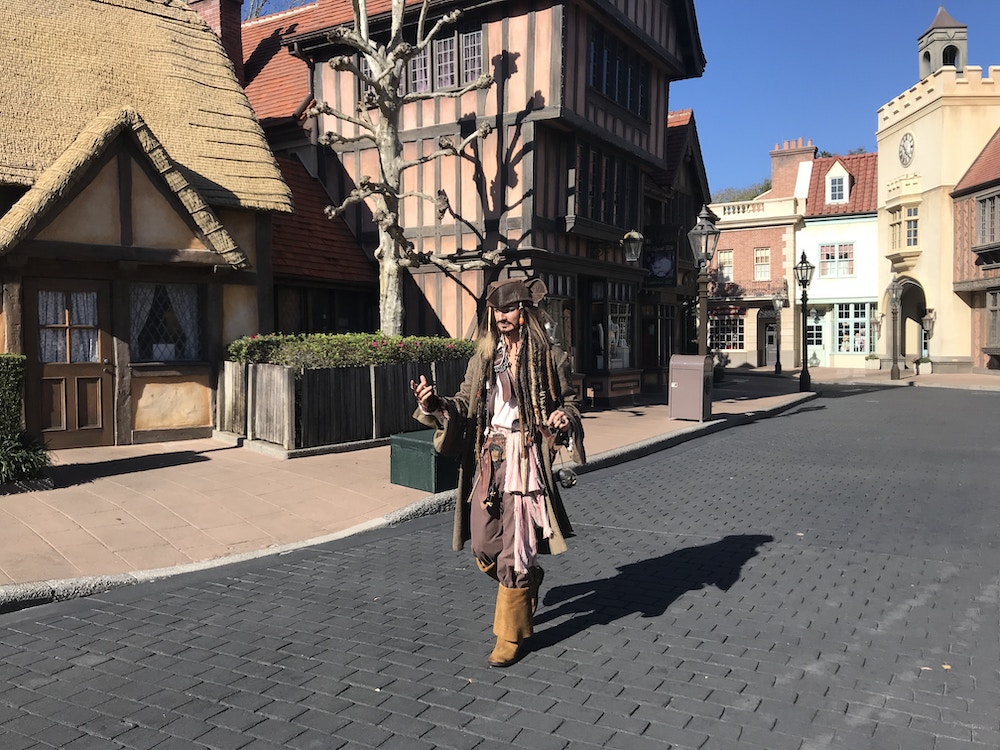 Overnight, Captain Jack Sparrow must have sailed into the United Kingdom pavilion. We were surprised to see him wondering around. 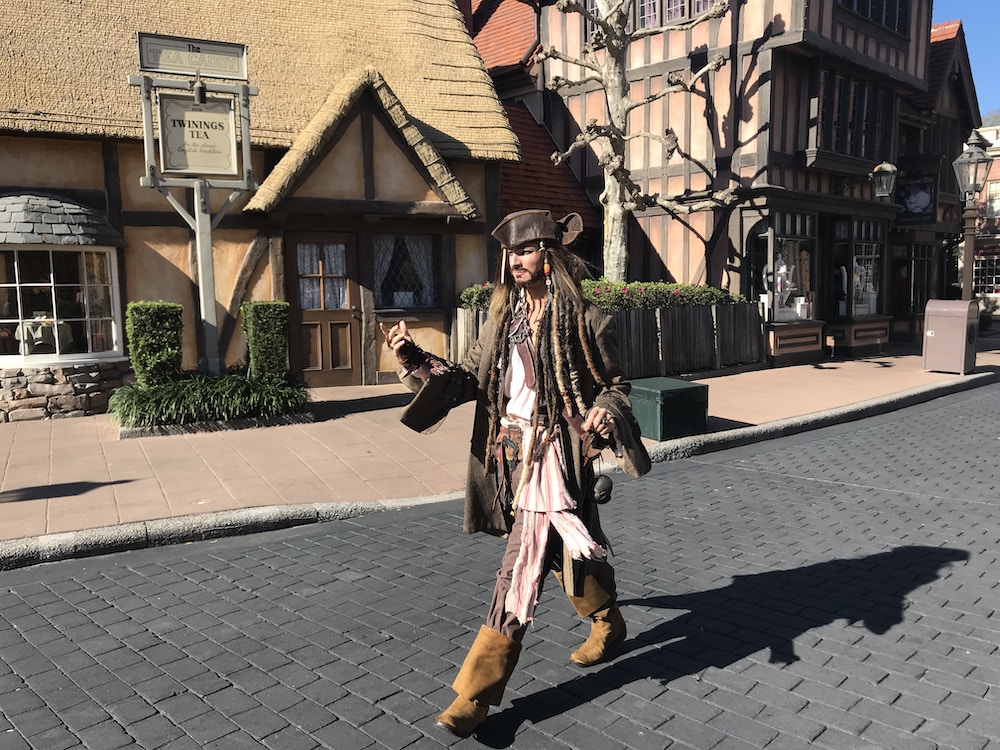 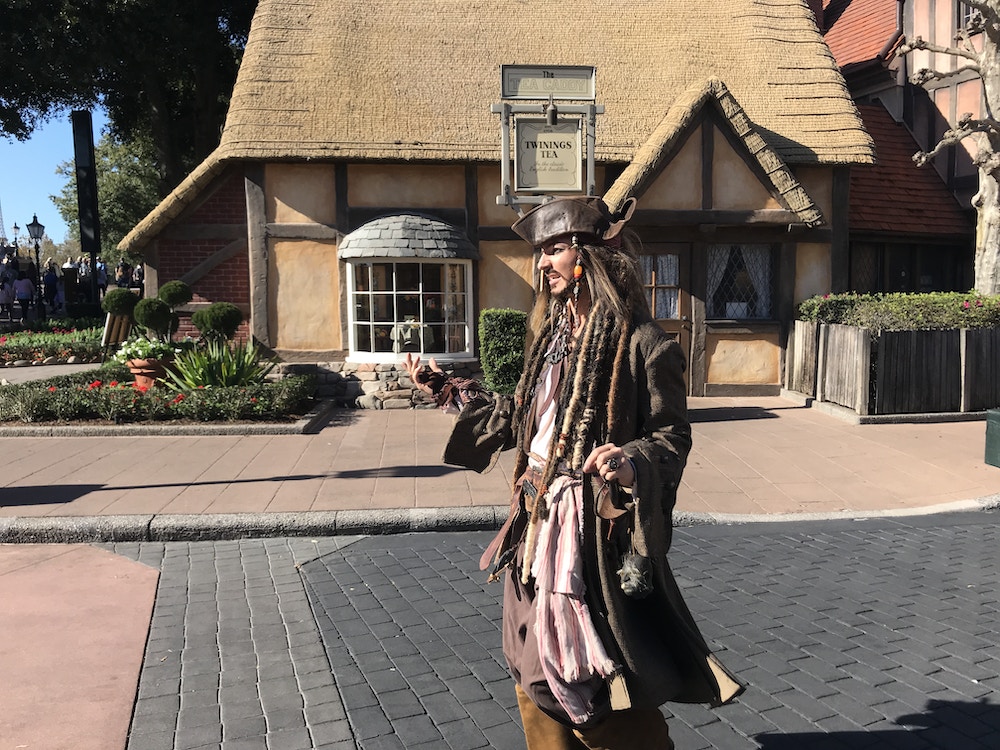 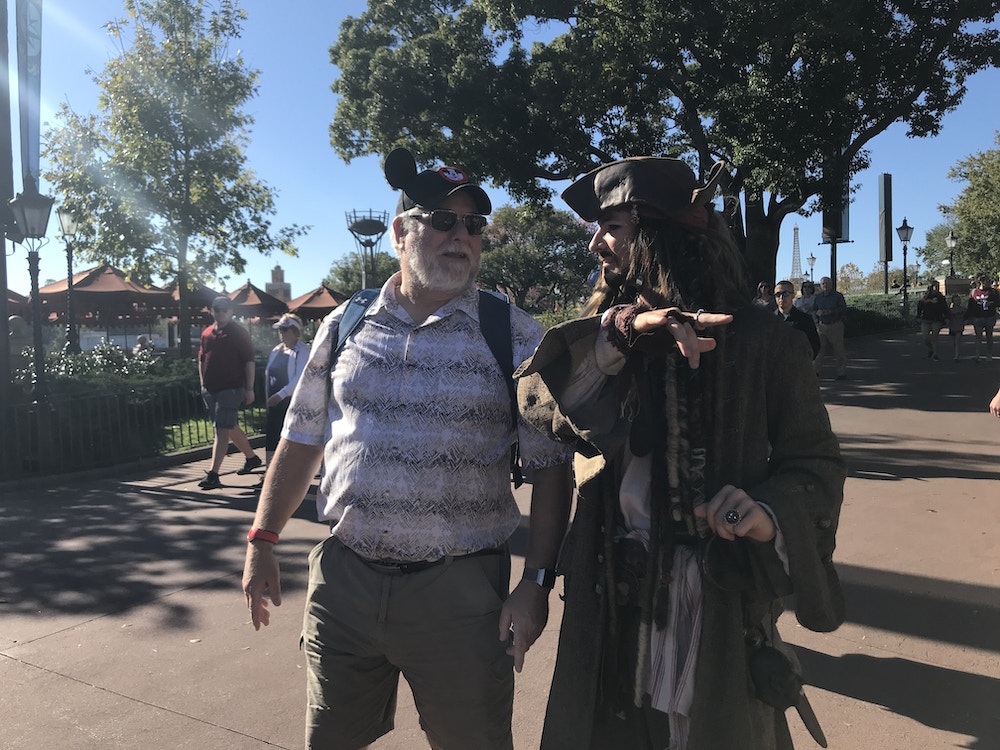 He was most likely searching for some treasure (or more likely, some rum). 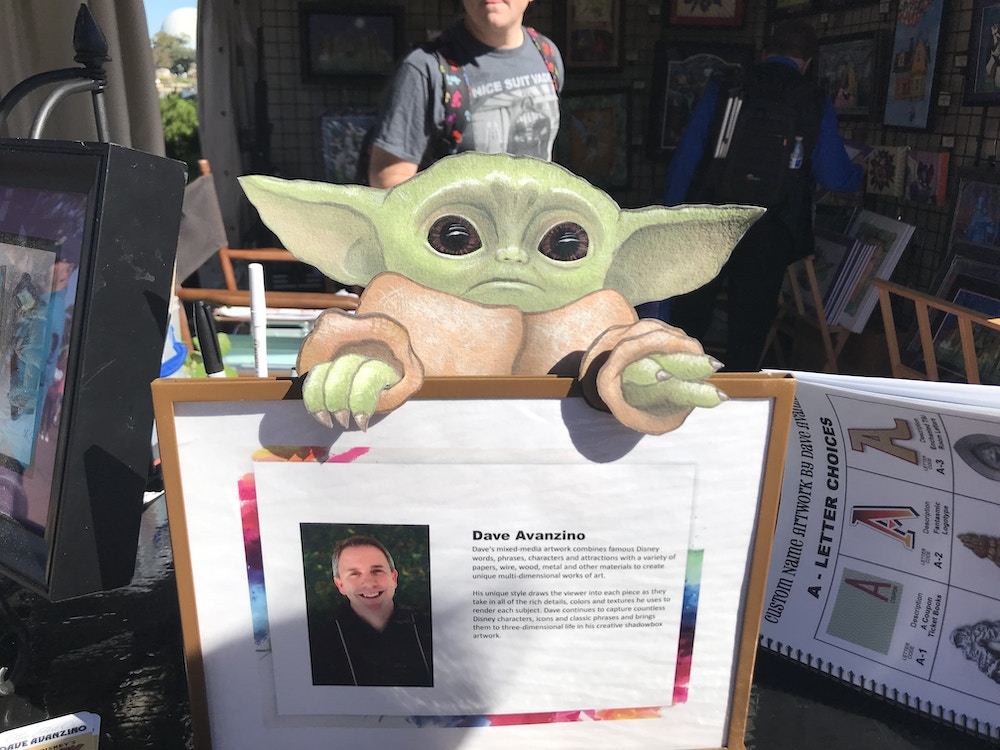 Baby Yoda was using the Force (or just adorableness) to help sell some art at one of the festival booths. 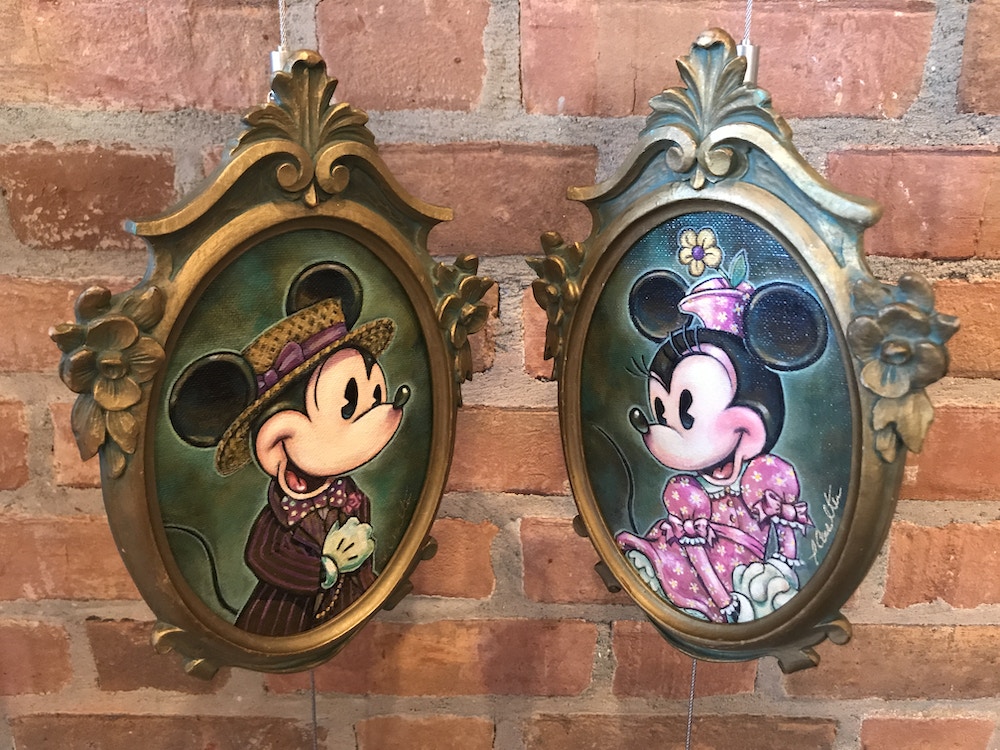 In Art of Disney at The American Adventure pavilion, we found dapper Mickey and Minnie portraits by John Coulter. They match the Disney Parks designer ear headband that released January 24. The portraits are sold as a set for a cool $2,000. 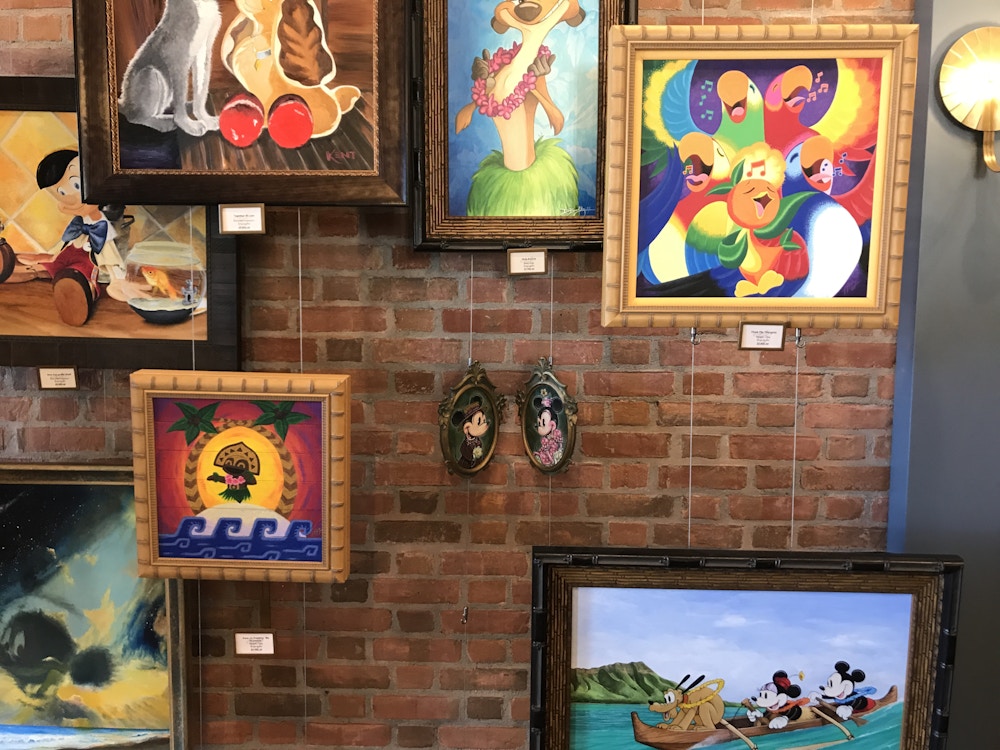 Here’s a wider shot to better grasp the size of the portraits. 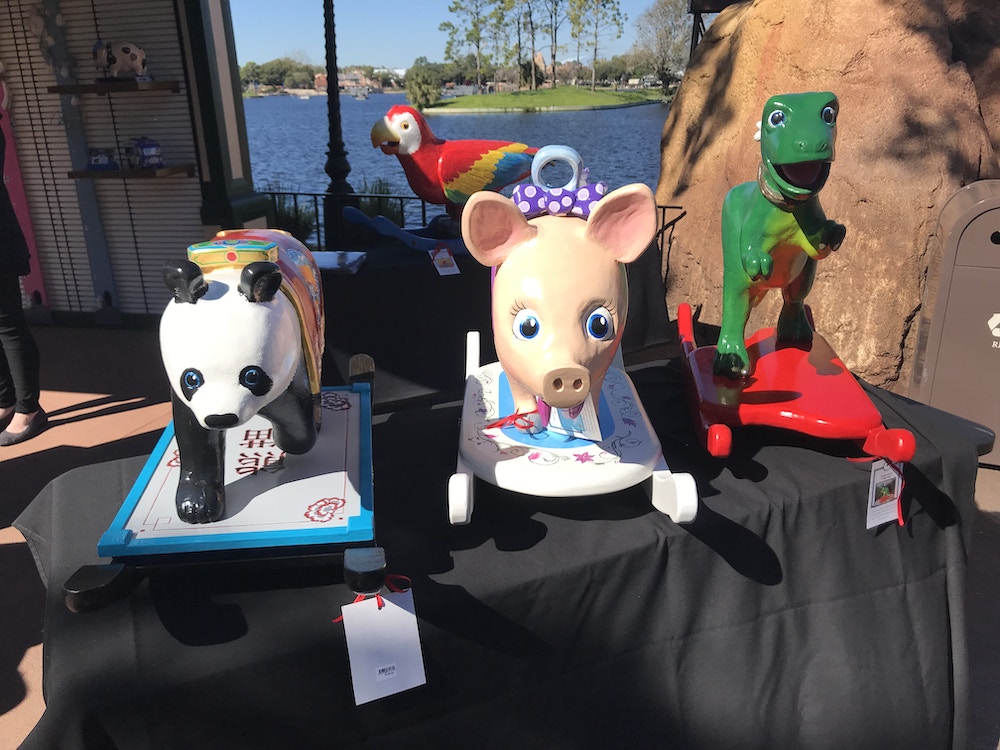 On our trip around World Showcase, we spotted a booth filled with hand-carved and painted rocking horses. Can we still refer to them as rocking “horses” when they’re panda bears, pigs and dinosaurs? 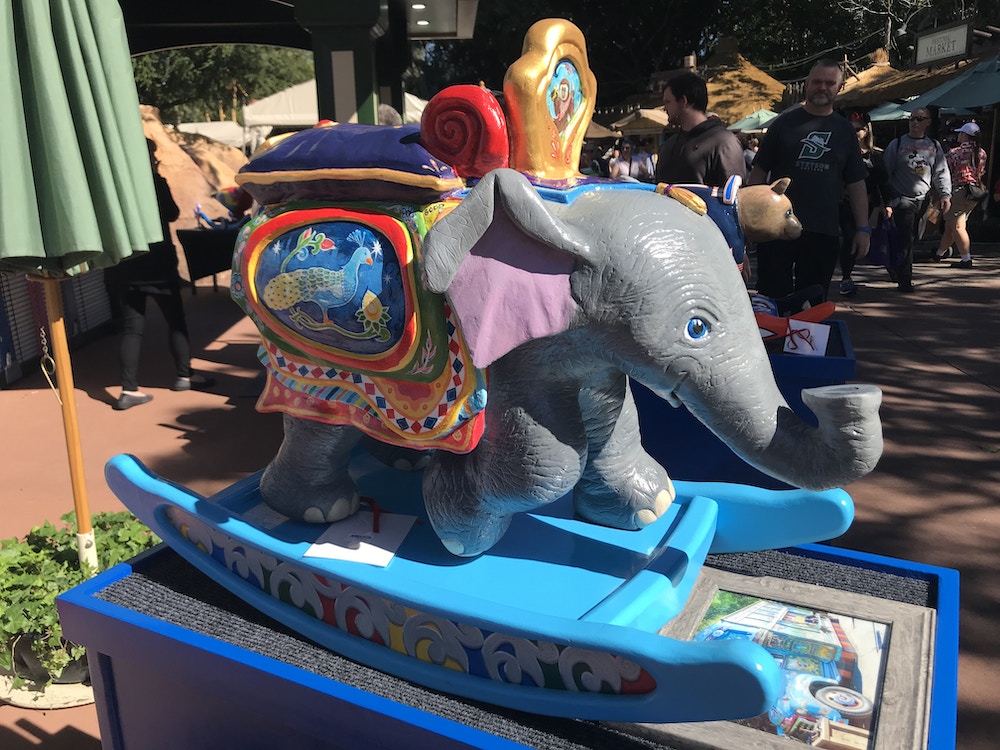 The elephant rocker is designed after the Anandapur Ice Cream Truck in Disney’s Animal Kingdom. Prices for the rockers range from $1,300 to $3,000. 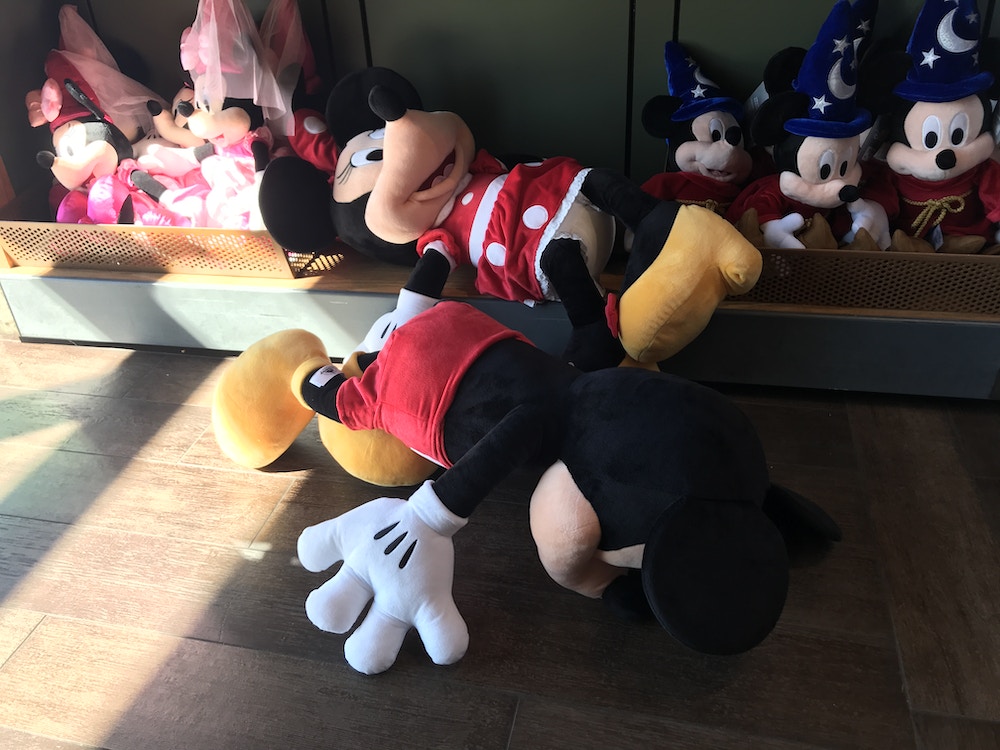 Look! It’s us after hoofing it around EPCOT all day.

Thanks for following along. Be sure to check WDW News Today for all of the latest Disney Parks news!