Previously blocked off earlier today by a set of ropes, the new Future World East walkway has soft opened to guests just now at EPCOT. With the walkway now partially opened, guests can walk up to the new Guardians of the Galaxy and Play! Pavilion themed character walls, as well as right up to the Cosmic Rewind building itself. As you walk on over, there are still scrim-lined fences along the sides, as well as scaffolding visible over by the Guardians entrance plaza. 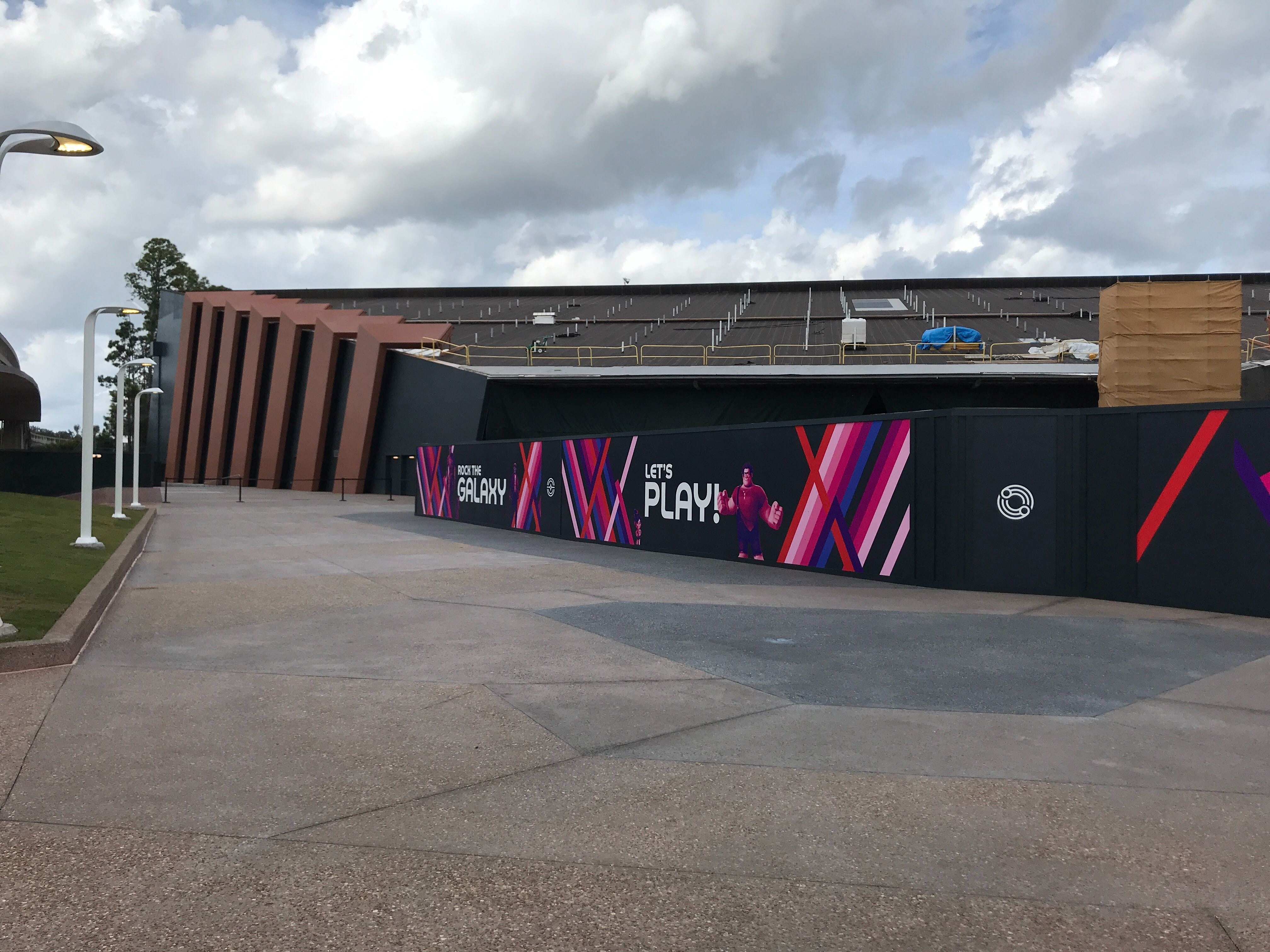 To the left, we get our first unobstructed view of the sleek new futuristic light fixtures that were recently installed. 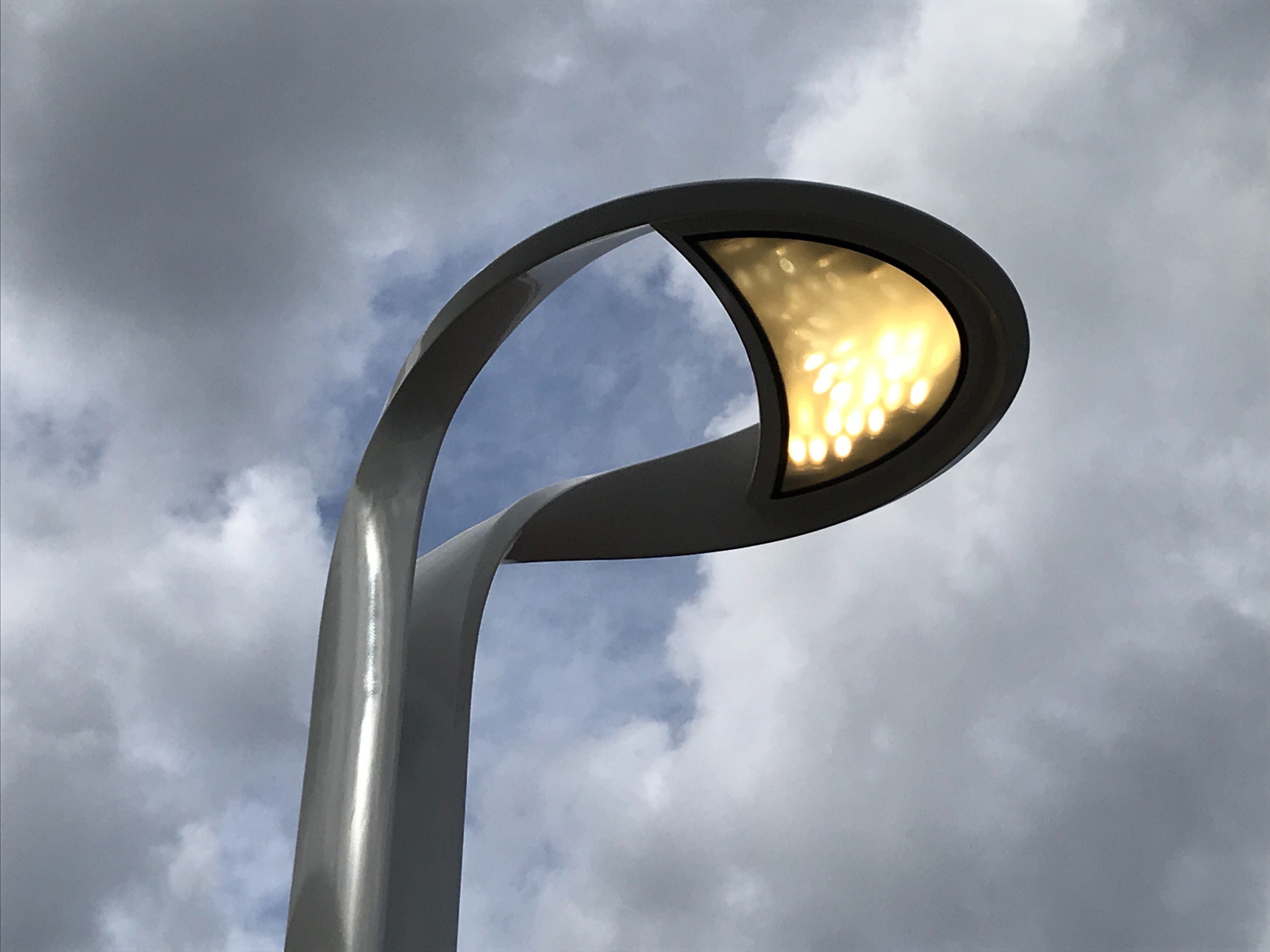 The walkway is roped off at this section, where guests will eventually make their way down the slight ramp and around to Guest Relations.  To the left, we see smaller versions of the light fixtures for ground lighting. 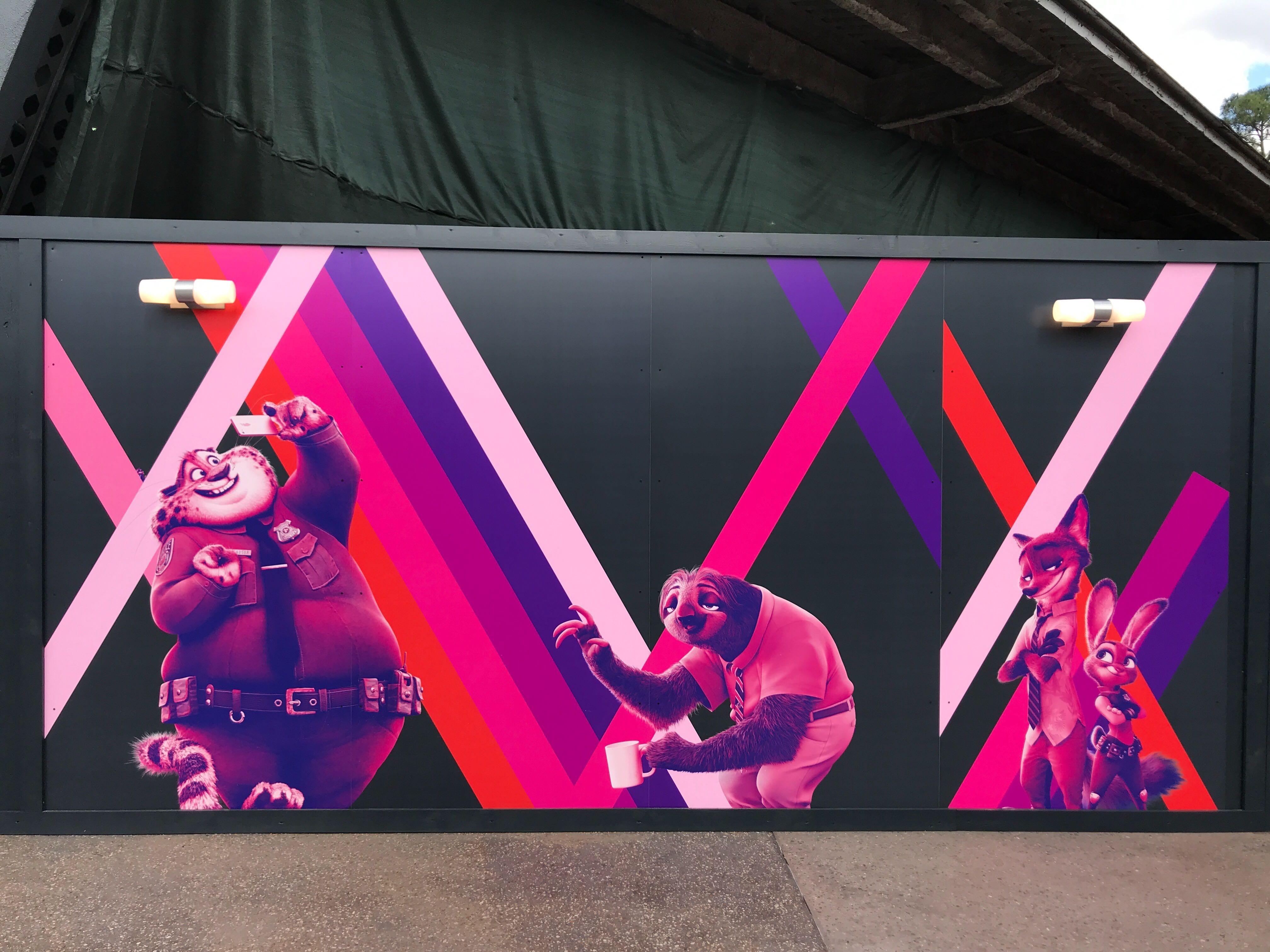 The walls show characters from Zootopia, which will be prominently featured inside the Play! Pavilion once it opens. Here, we see Officer Clawhauser, Flash, Lt. Judy Hopps, and Nick Wilde. 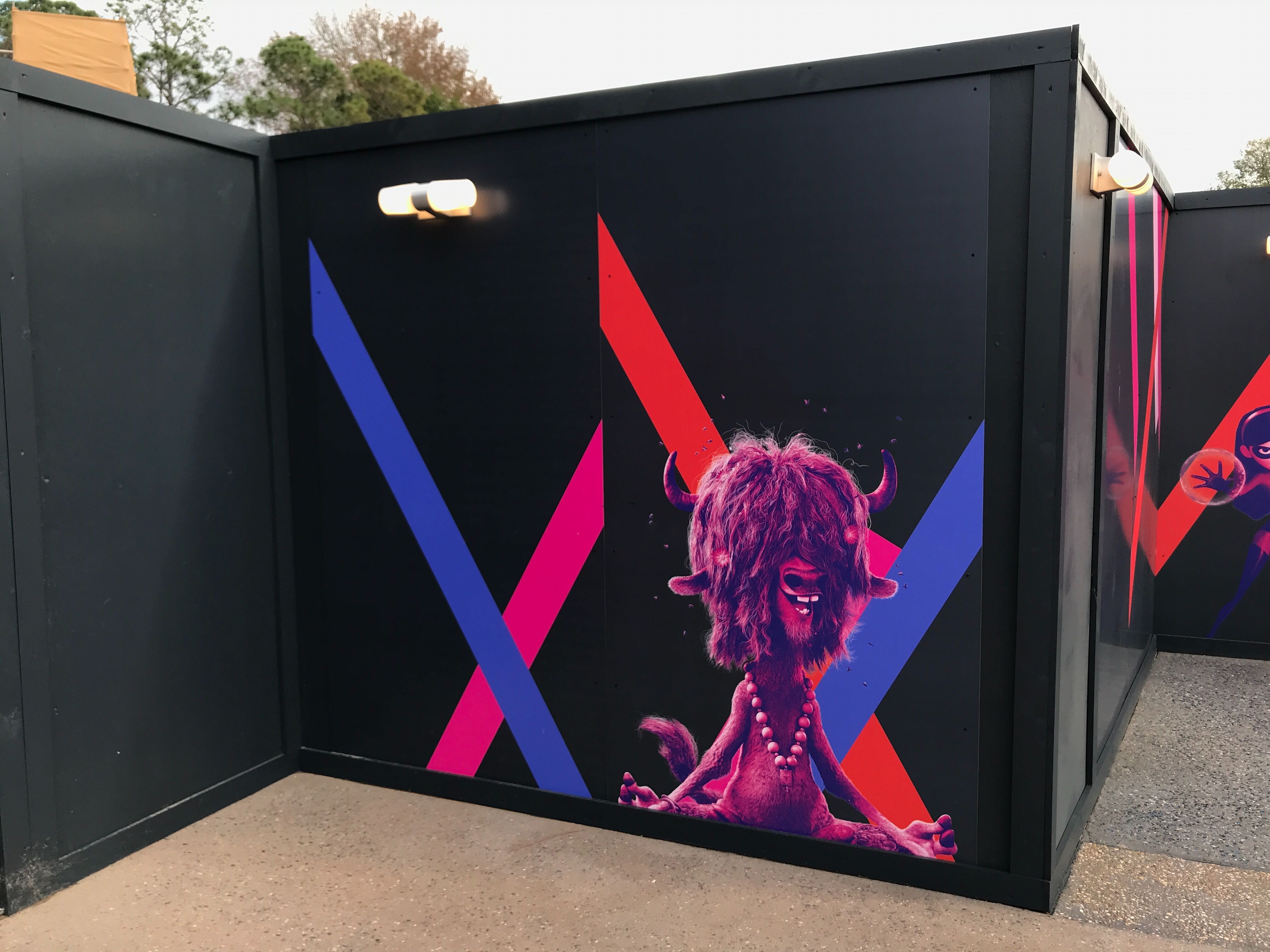 … and of course, here’s Yax reminding you to keep your cool throughout the maze of construction walls. Here, we have the Incredibles family… and Auntie Edna. 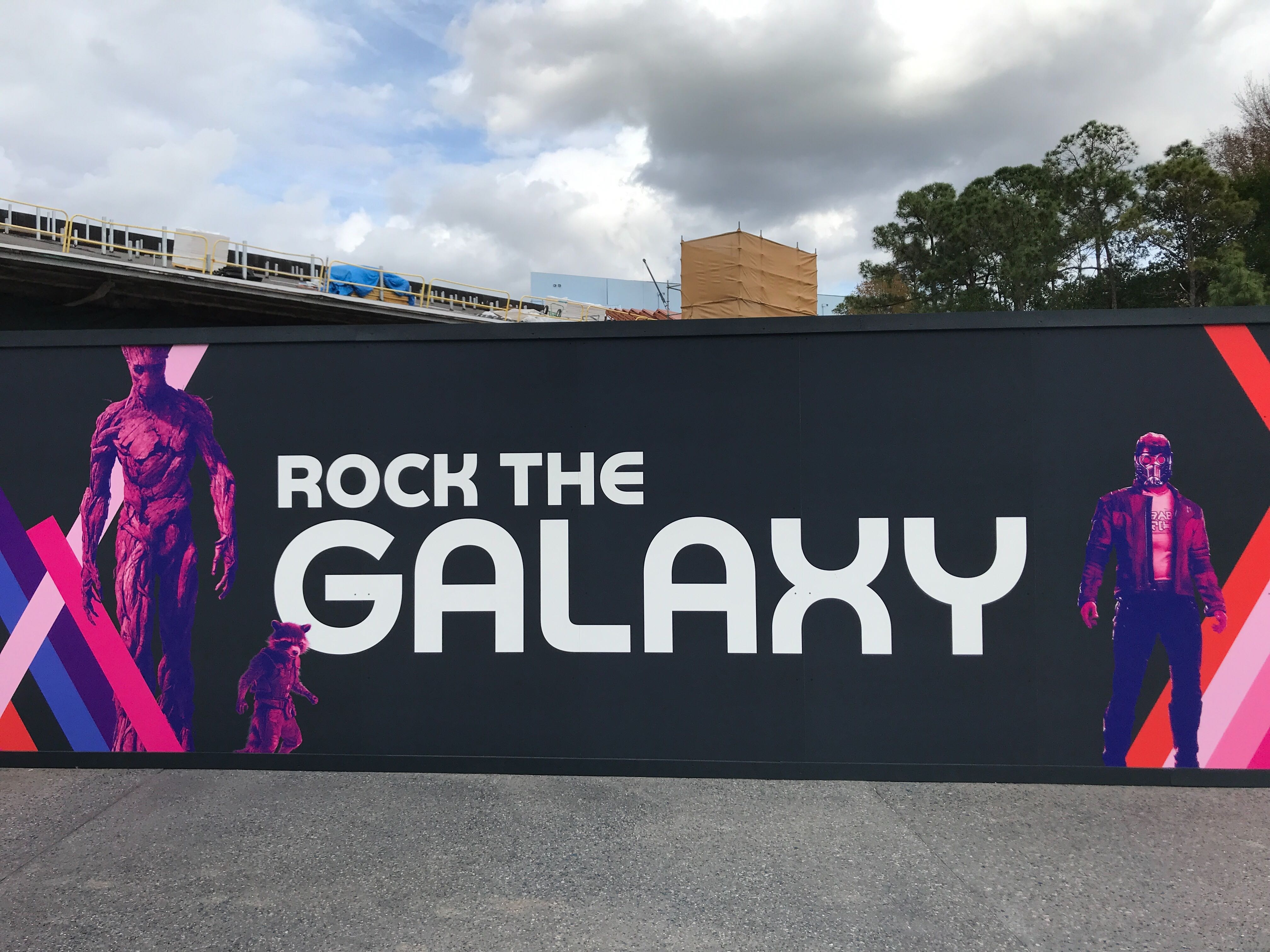 The “Rock the Galaxy” wall features Groot, Rocket, and Star-Lord. Further along, on the “Let’s Play!” wall is Wreck-It Ralph and Vanellope. Even Big Hero 6 gets its own wall! Soon, guests will be able to meet and greet with Baymax again inside the Play! Pavilion. The new light fixtures can also be seen along this other side of the walkway. 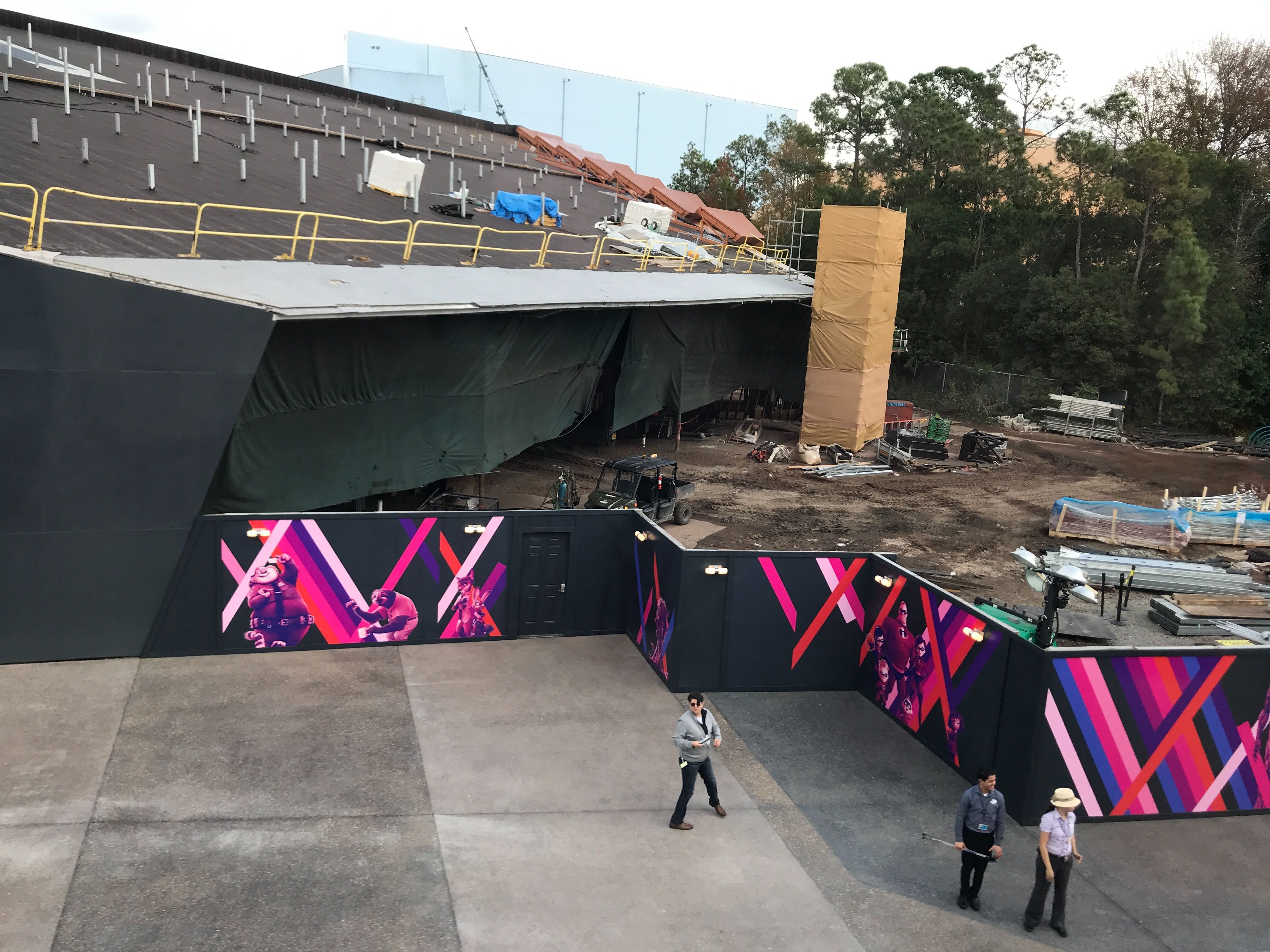 Before the walkway opened to guests, Cast Members and Imagineers gave the walkway a final once-over to make sure it was ready to go. 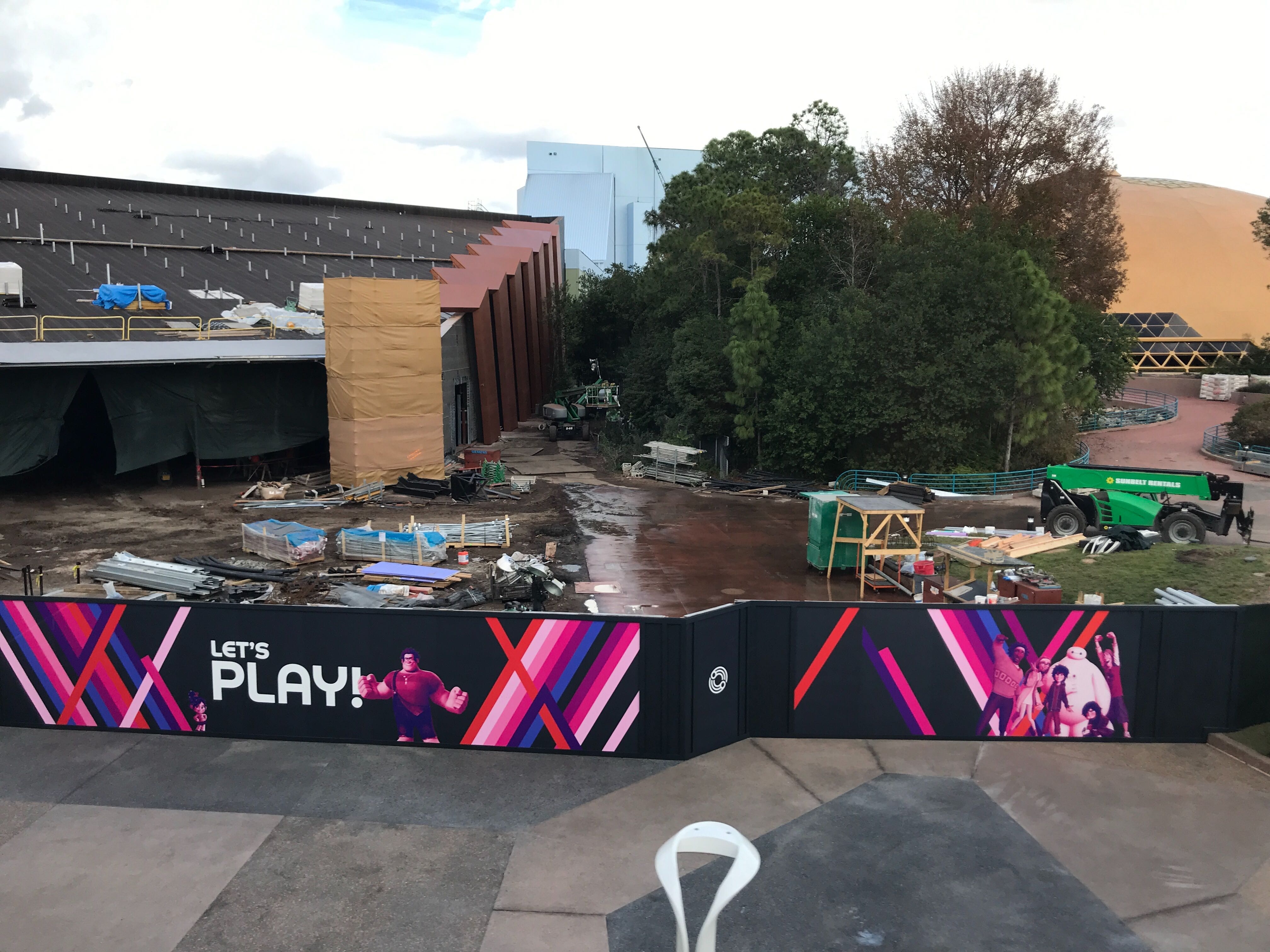 It’s along this pathway that you can see the new themed concrete patterns for the Guardians of the Galaxy: Cosmic Rewind entrance plaza. 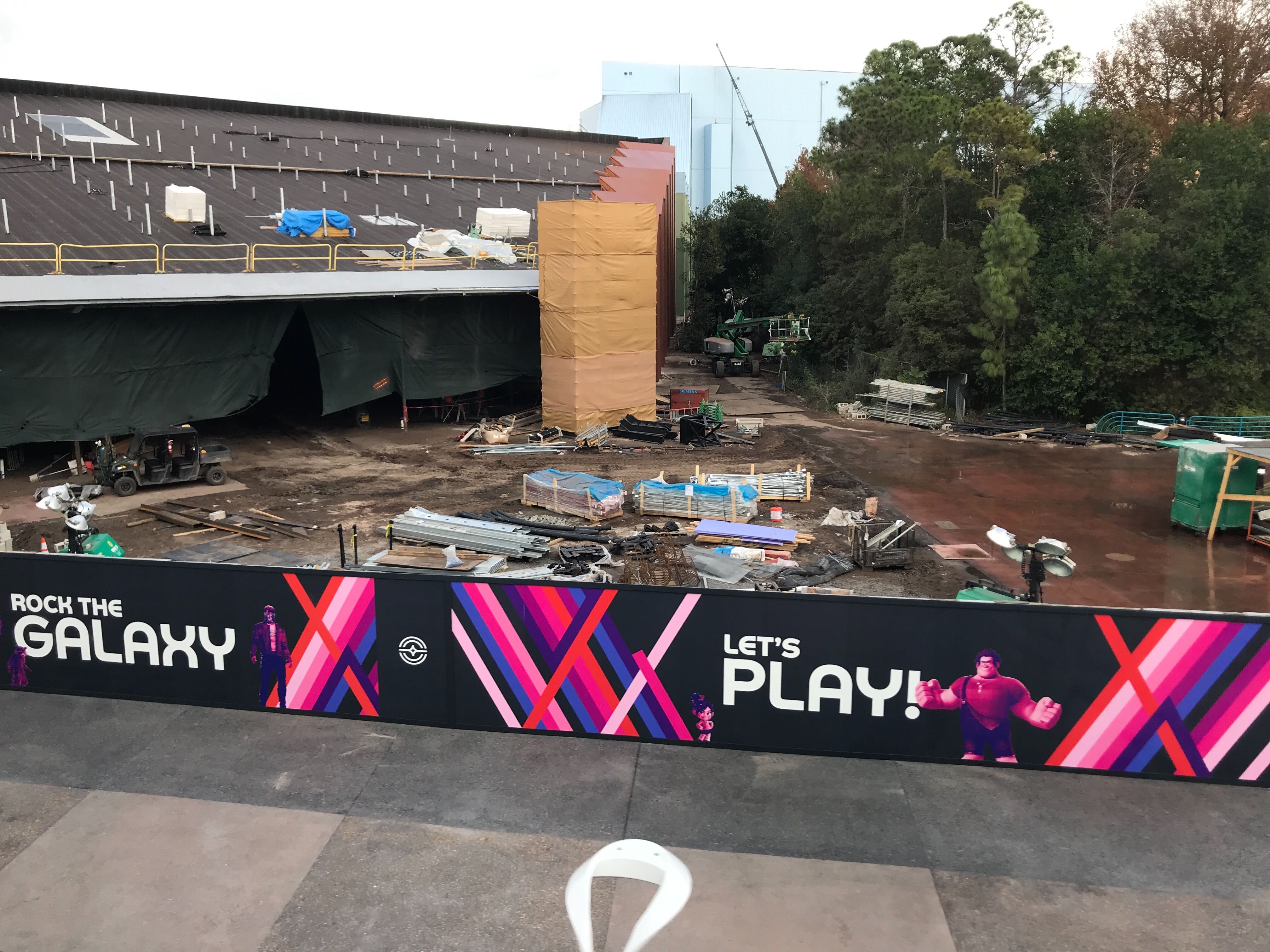 There are still plenty of materials staged for this area, so guests are likely to hear an abundance of construction noises as they make their way on through. Still, we can’t wait to pose with Groot.

For a full walkthrough of the newly opened walkway, check out the video below: