PHOTOS: Construction Walls Go Up Blocking All Paths Through Middle of Future World, New Path Opens Behind MouseGear, Guardians of the Galaxy Pathway Walls Come Down at EPCOT

For many guests, the ever-evolving EPCOT has become synonymous with construction walls, with new ones appearing overnight and changing traffic patterns throughout the park. Today, another set of walls have shifted, closing off through traffic past MouseGear while opening up other areas and pathways of Innoventions East. Construction walls that previously surrounded only the Fountain of Nations and the late Innoventions West have now been extended to the very outer edge of MouseGear. 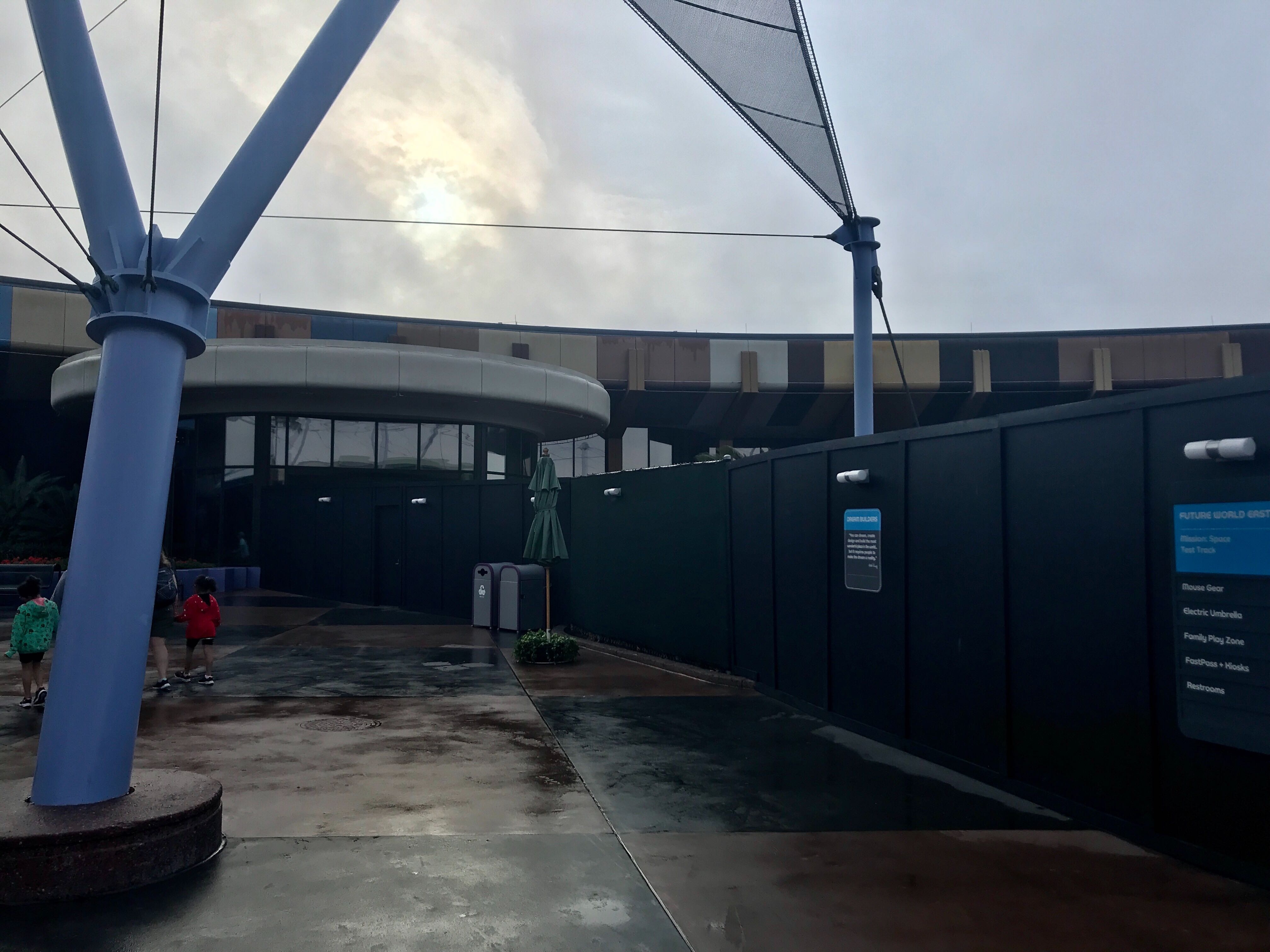 Guests can no longer cut through the side here to make it to the center of Future World. 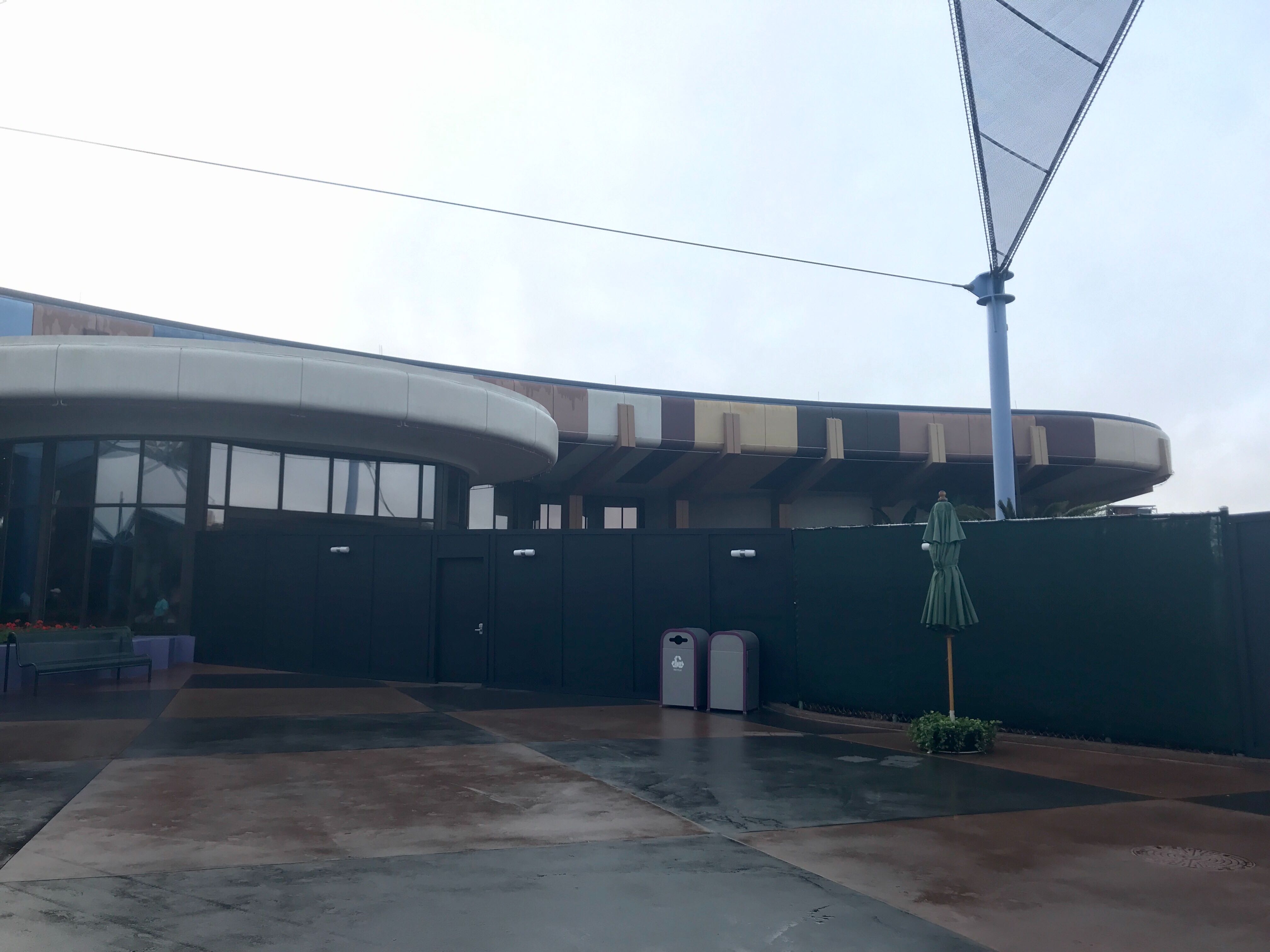 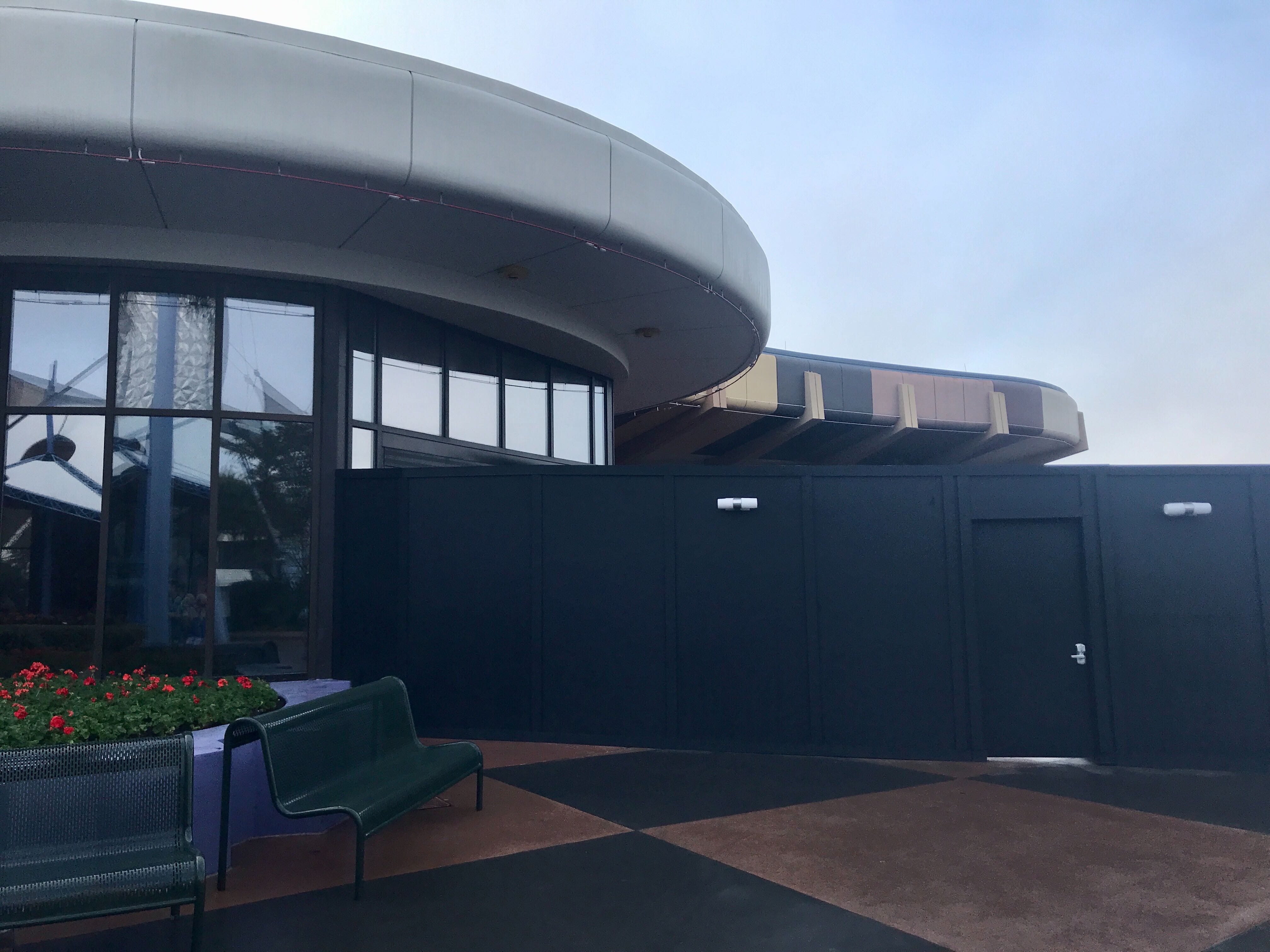 MouseGear closed in early January ahead of a massive remodeling for the future of EPCOT. Just past the breezeway, a newly widened pathway has opened up behind MouseGear, running right past the Innoventions East restrooms, which are also currently being redone. 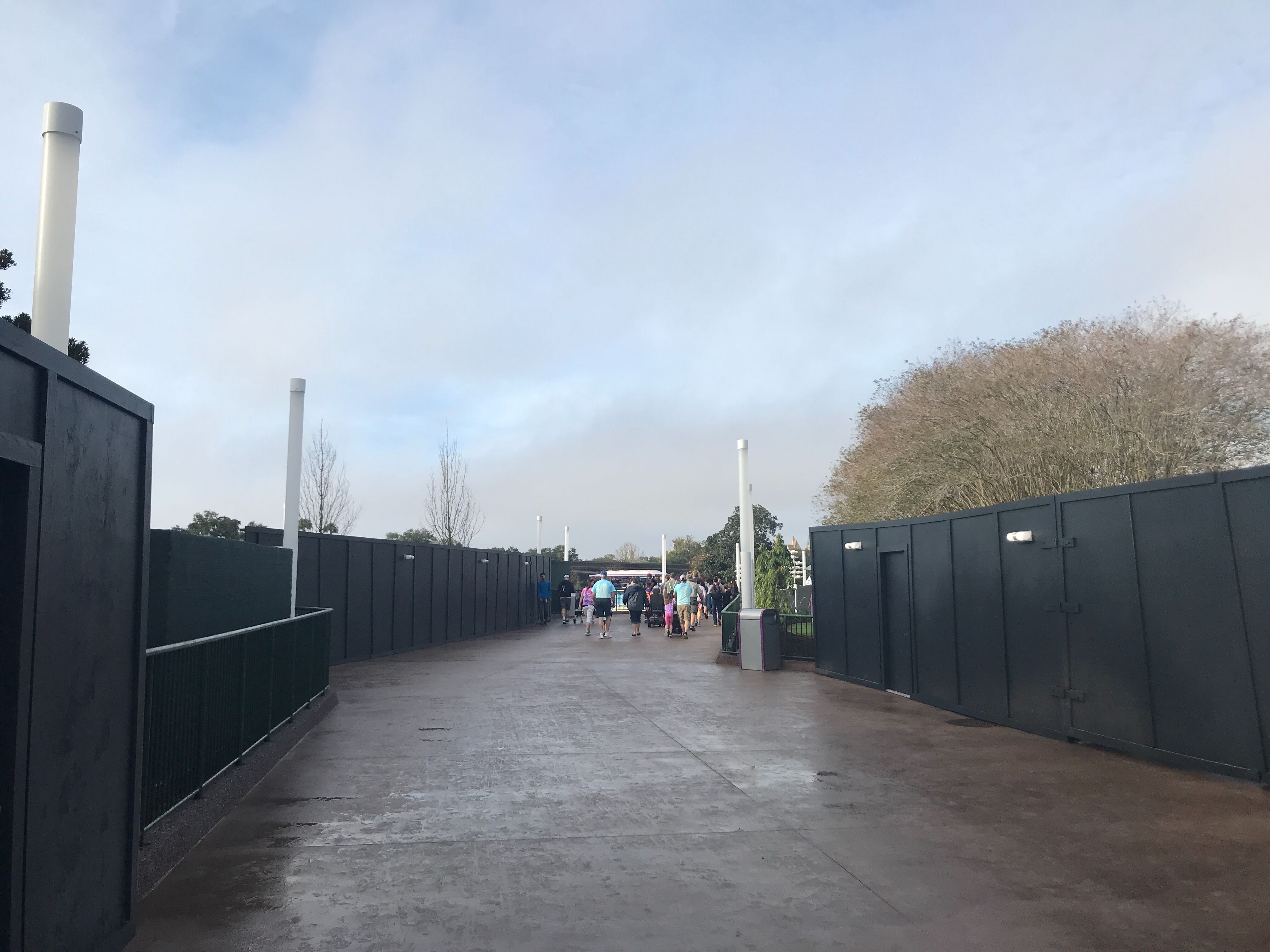 This pathway leads out to the new Wall-E themed Green Landing Family Play Zone. All along the pathway, you can see the new sleek, “futuristic” light poles that were recently installed, as well as some Purple Martin bird houses further along the way. 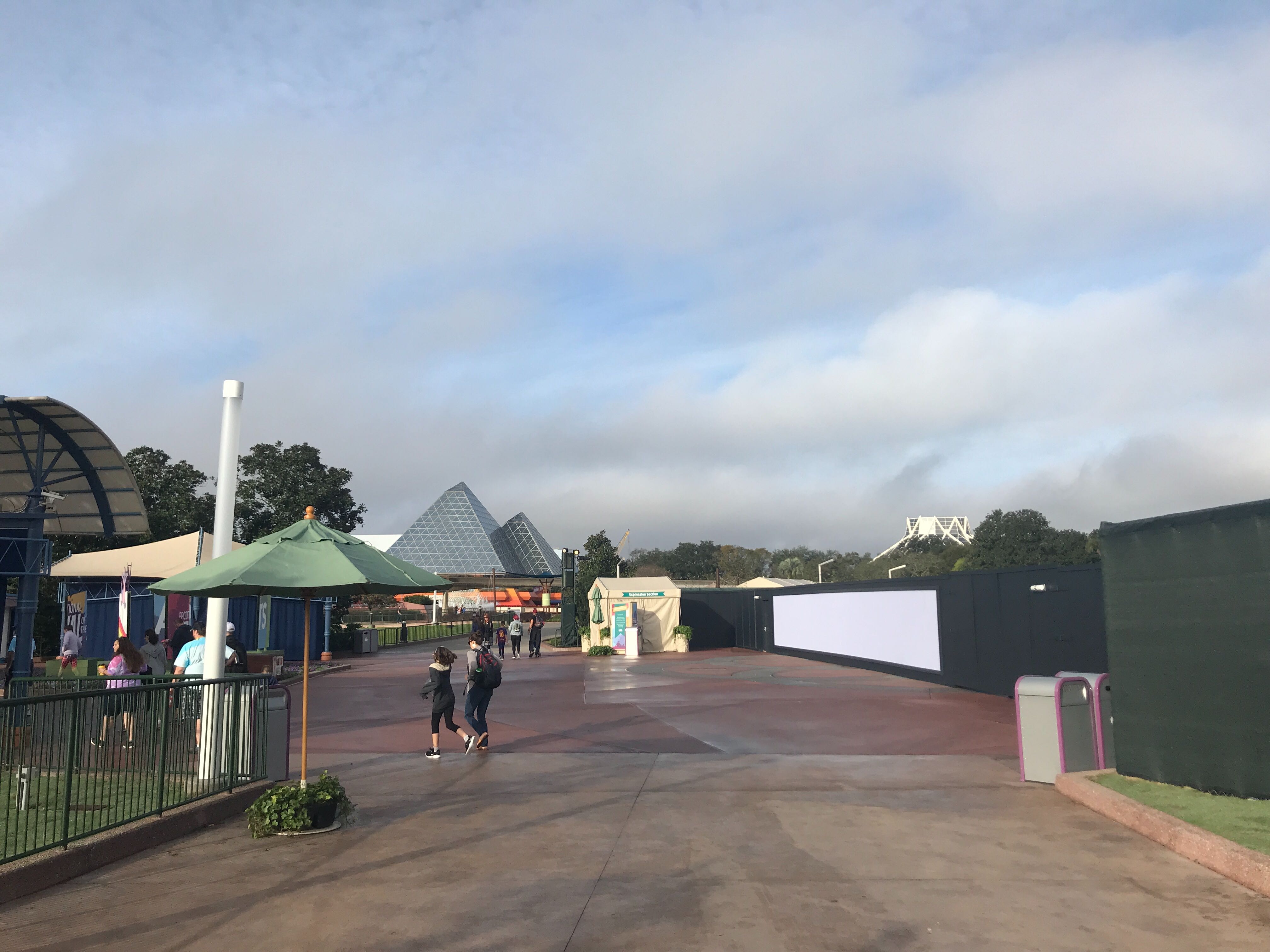 Ultimately, this pathway leads out to what remains of the center of Future World, with a fresh white canvas installed along a construction wall for the Festival of the Arts’ Paint-By-Numbers activity. 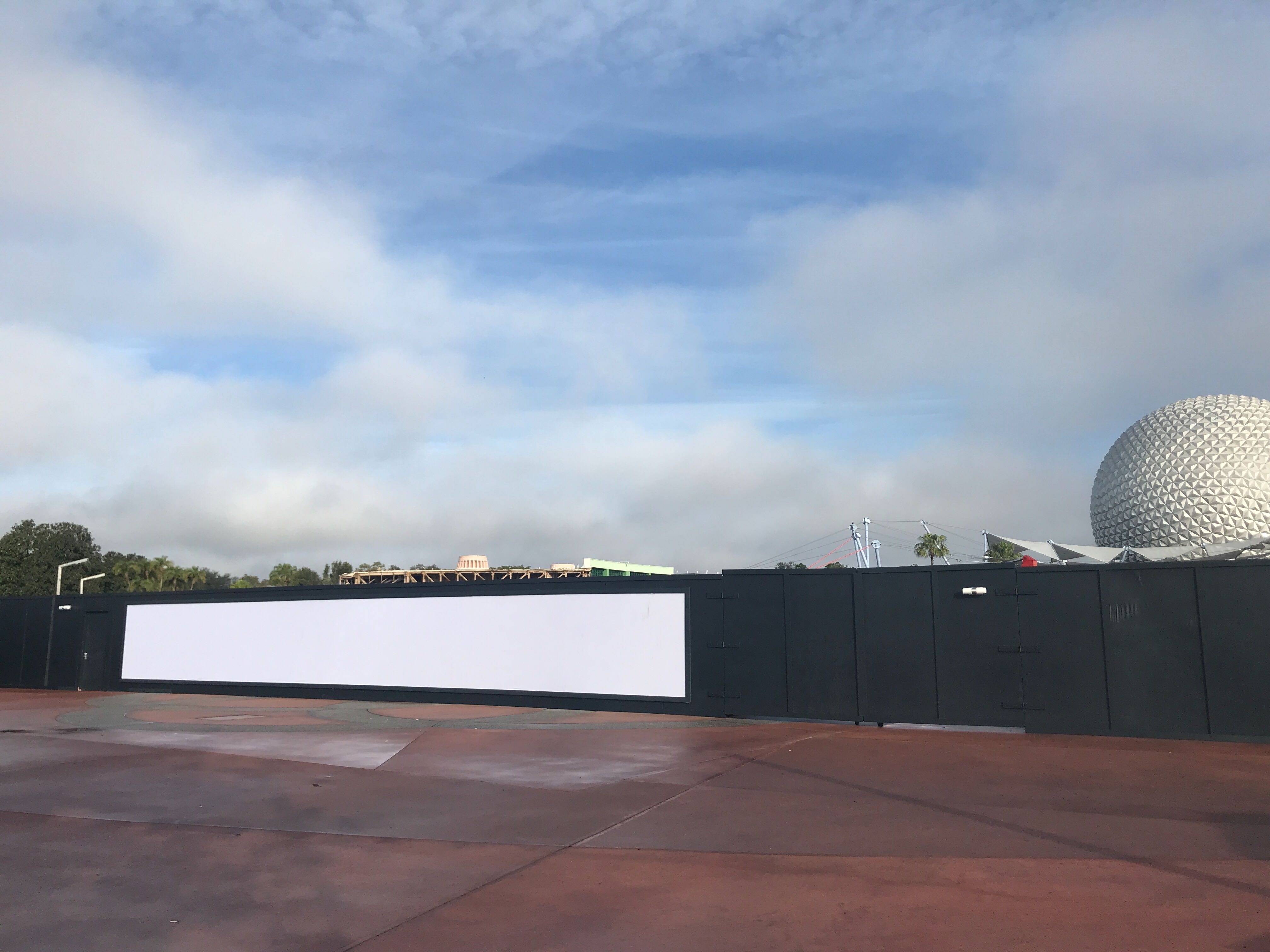 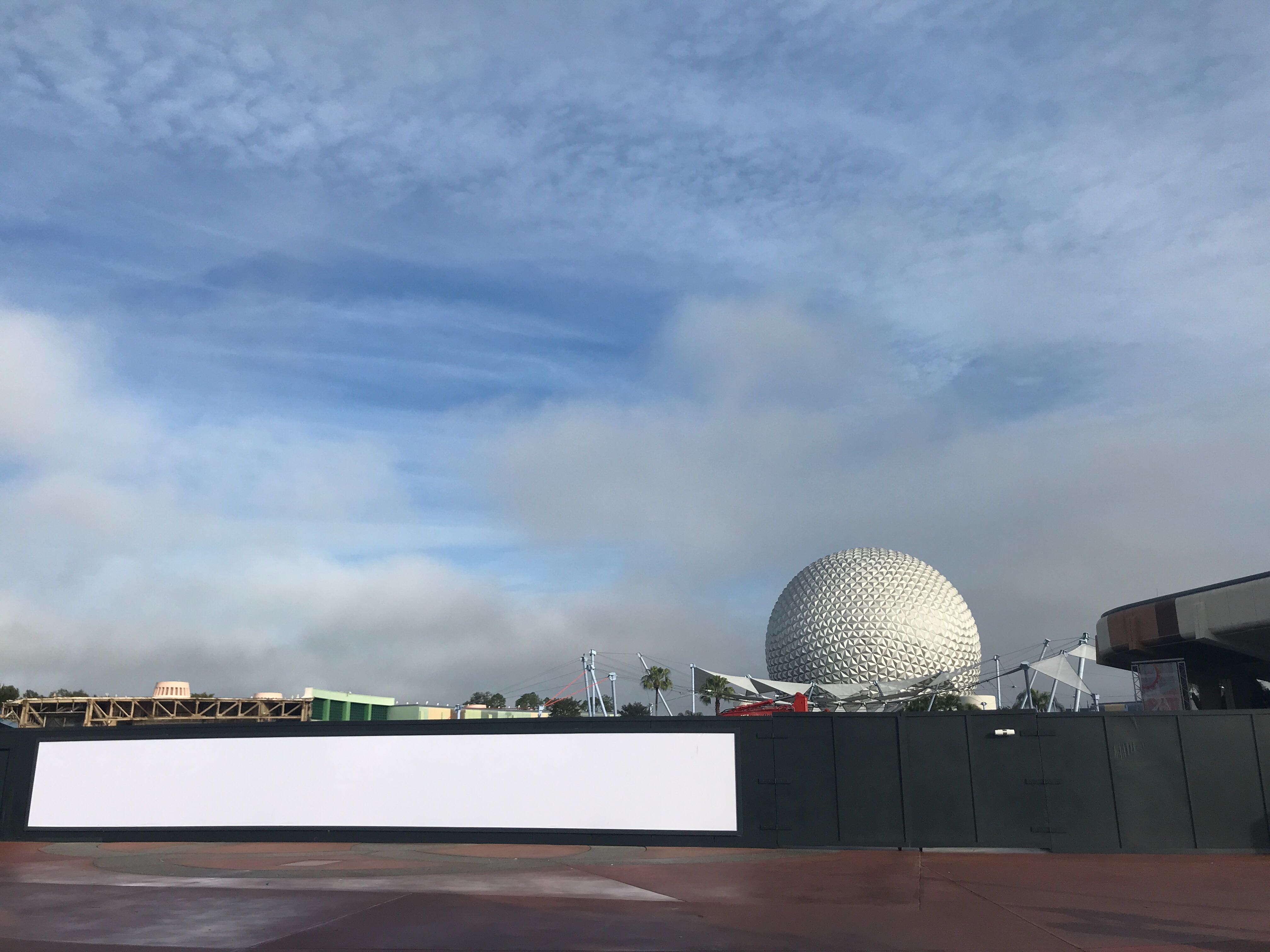 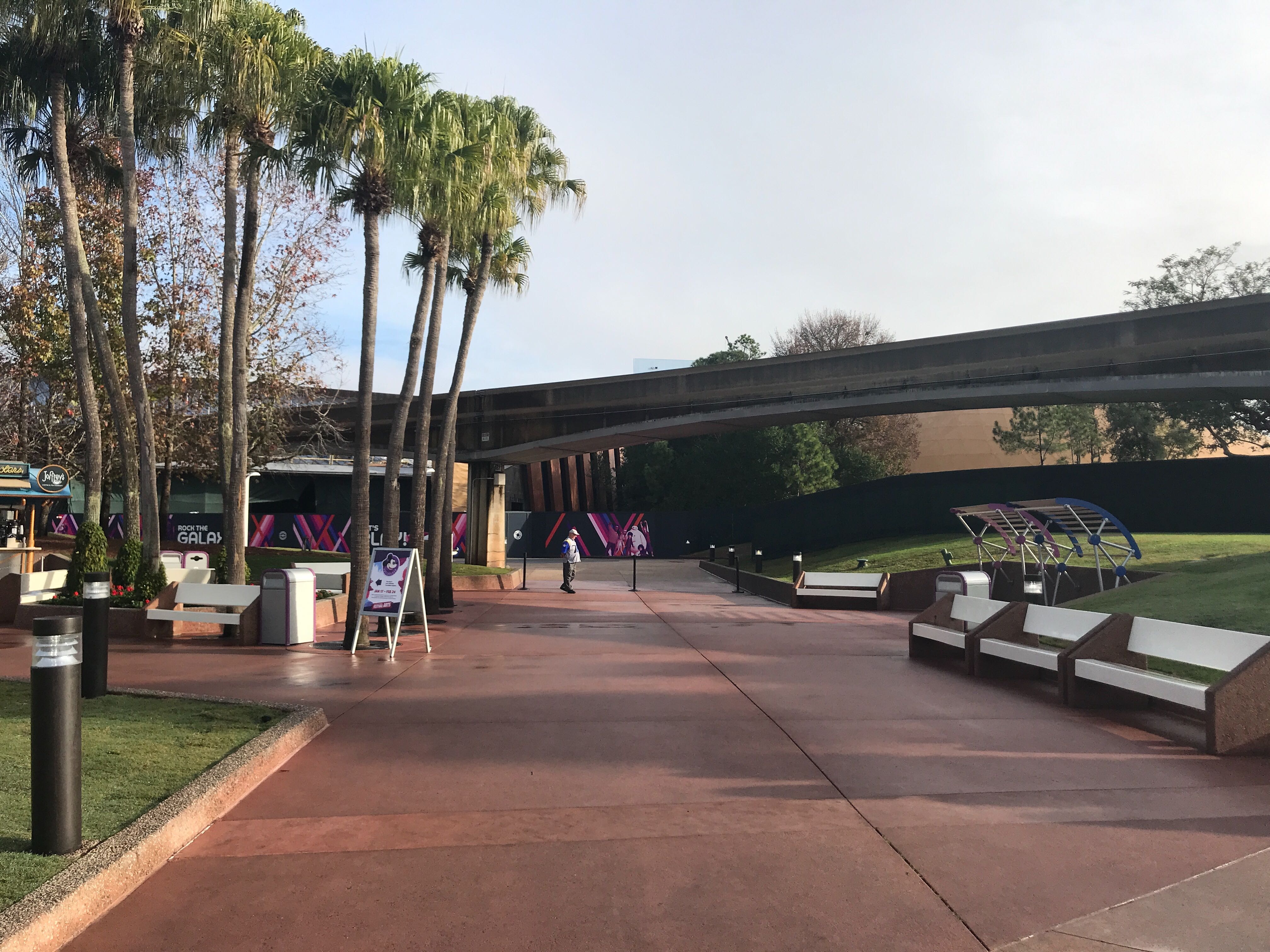 Over by Guardians of the Galaxy: Cosmic Rewind, the bypass walkway lined with Guardians and Play! Pavilion art have been revealed at ground level, with walls removed at the entrance and only a set of ropes and a Cast Member blocking entry. It’s interesting to note that guests will be able to walk right alongside the building for Cosmic Rewind, meaning the orange and grey paint scheme, which couldn’t be further from the proposed concept art, is the final look for the pavilion… unless additional lighted panels or decals are put on those side panels, which at this point seems unlikely. Entrance to the pathway is also roped off by the exit to the new temporary MouseGear. Over by Guest Relations, the entrance to the bypass is roped off. 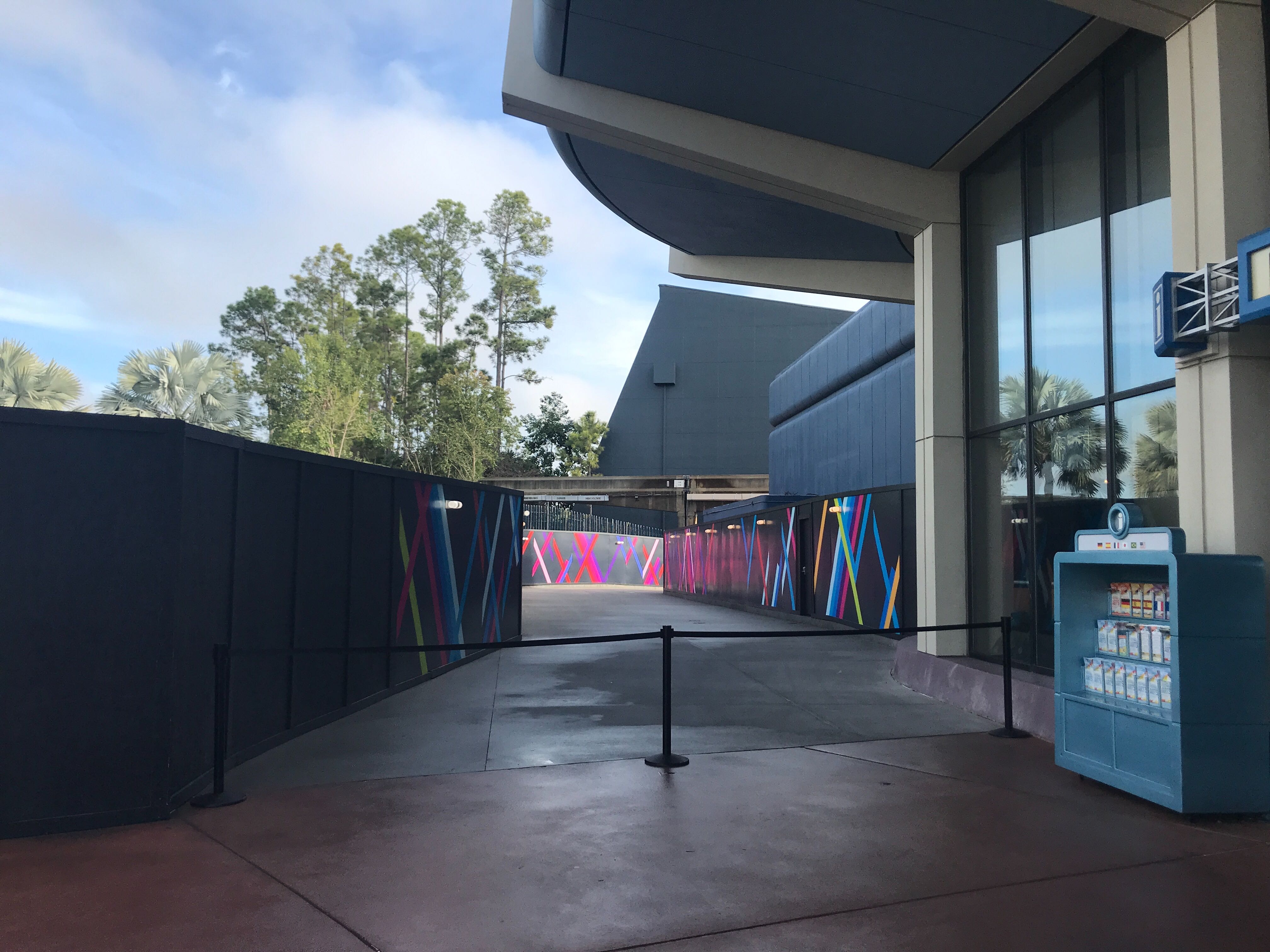 With planters and construction walls still up by the Gateway Gifts breezeway, we expect the bypass to open once work is completed on repaving in this area, if not sooner.