If you’ve been wondering what’s been going on with the Roundup Rodeo BBQ restaurant that was announced back during Disney’s Hollywood Studios’ 30th anniversary, rest assured it’s been making quiet progress behind the wooded backstage area at the entrance to Toy Story Land. In fact, if you check out our latest aerial construction update, you’ll notice that the restaurant building is making great progress. Now, new construction walls have popped up at the restaurant’s proposed entrance area. 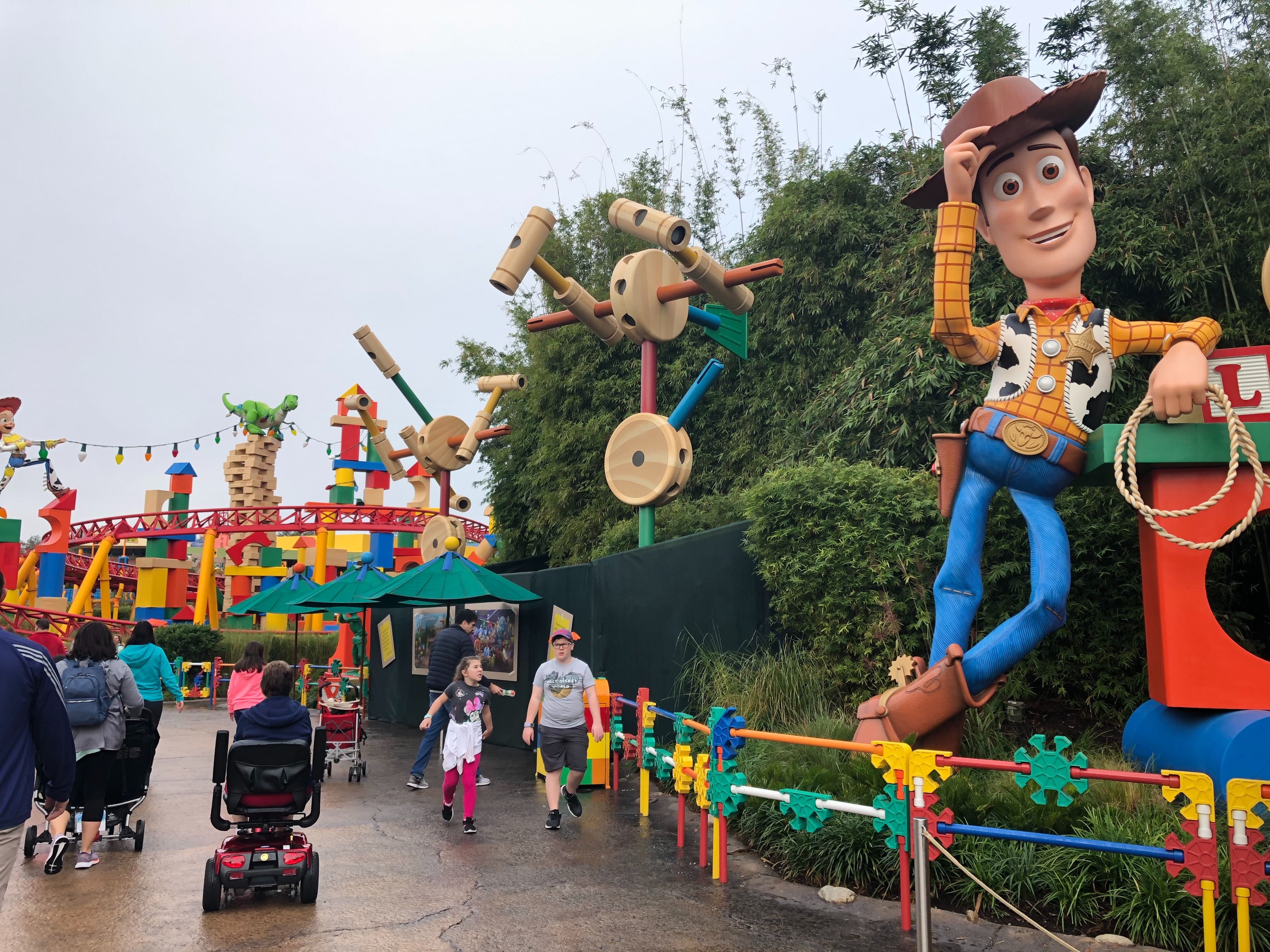 The entrance to the restaurant is adjacent to the Woody entrance marquee for the land. 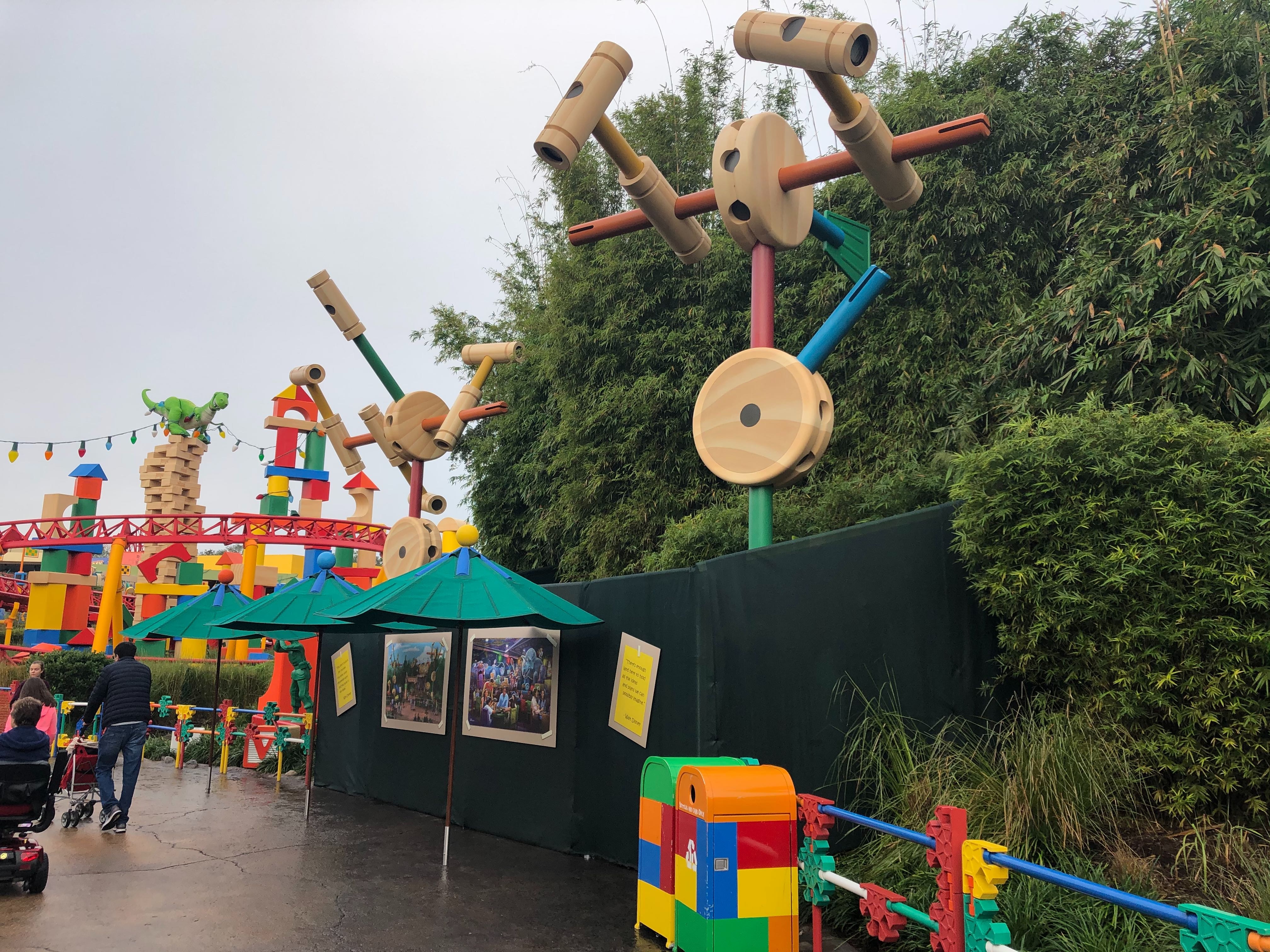 A small set of construction walls with umbrellas have gone up in this area. The walls, which are more like just fences with scrim, have the only two pieces of released concept art “taped” on. There are also sticky notes with Walt Disney quotes taped on. Apparently Andy loves collecting concept art for theme park restaurants. (I get the Walt quote sticky note thing, because I can’t say I never did the same thing.) 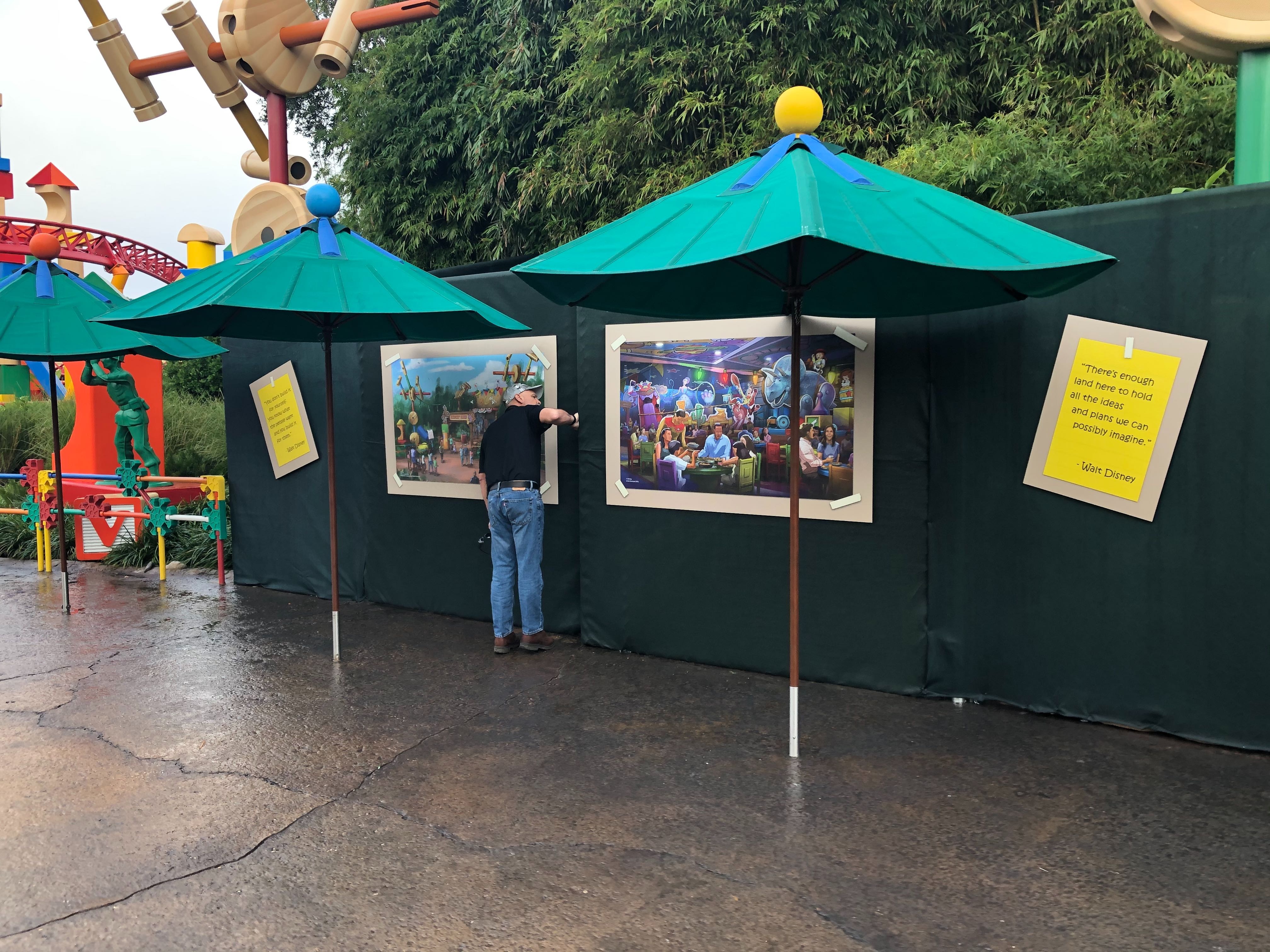 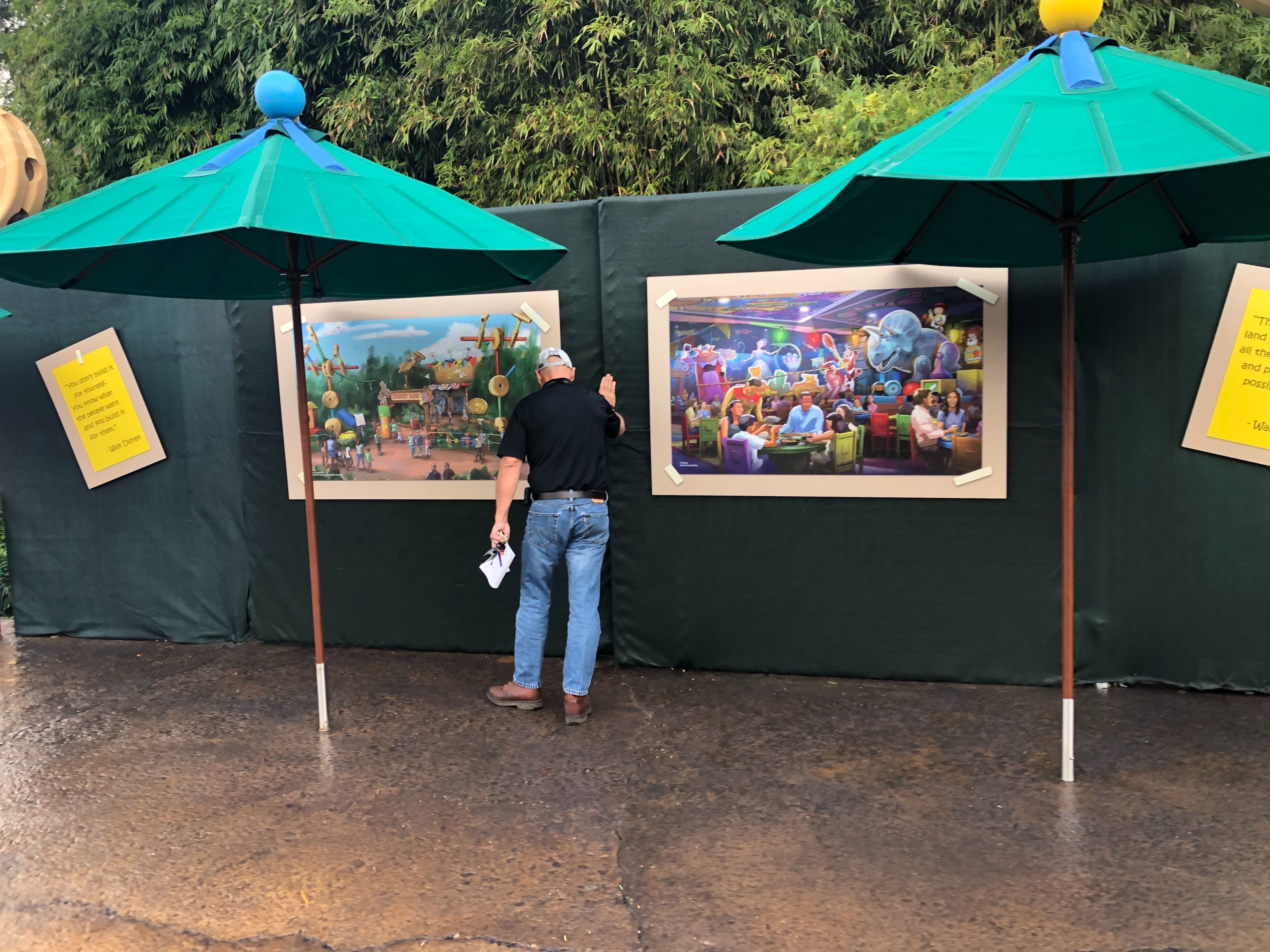 A manager was overseeing the newly-installed construction walls, ensuring they were properly sealed closed so no one snags a sneak peek. 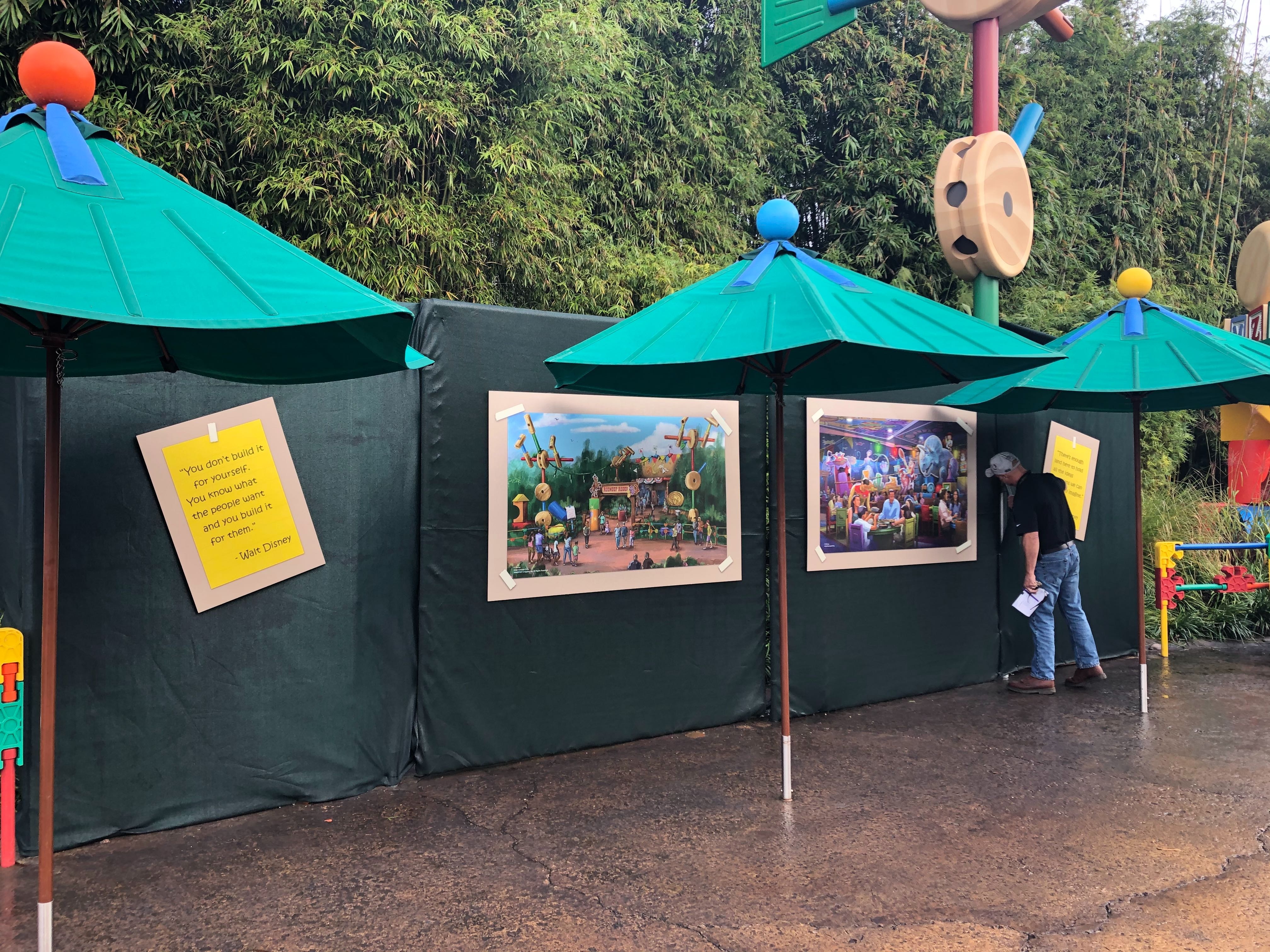 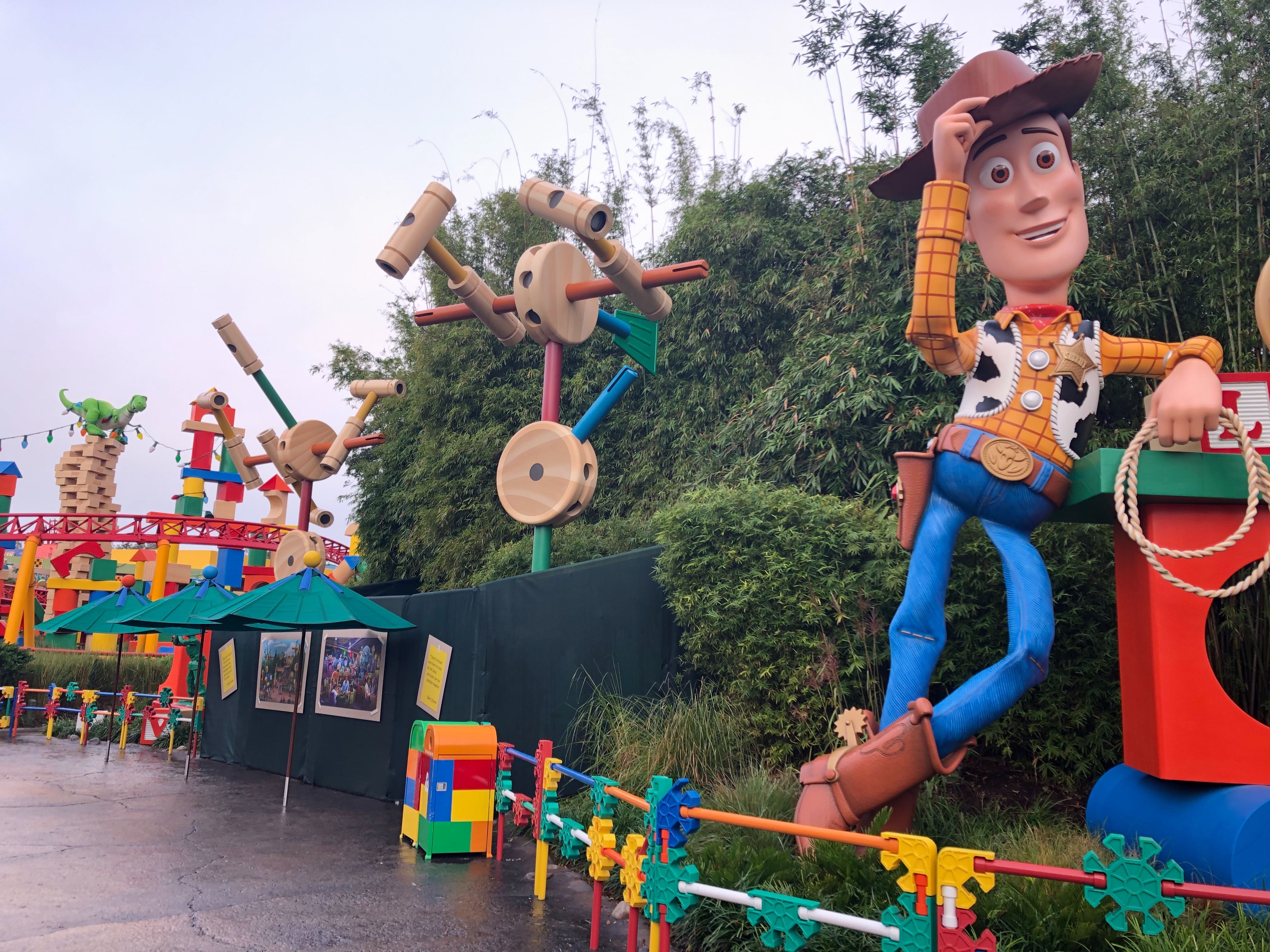 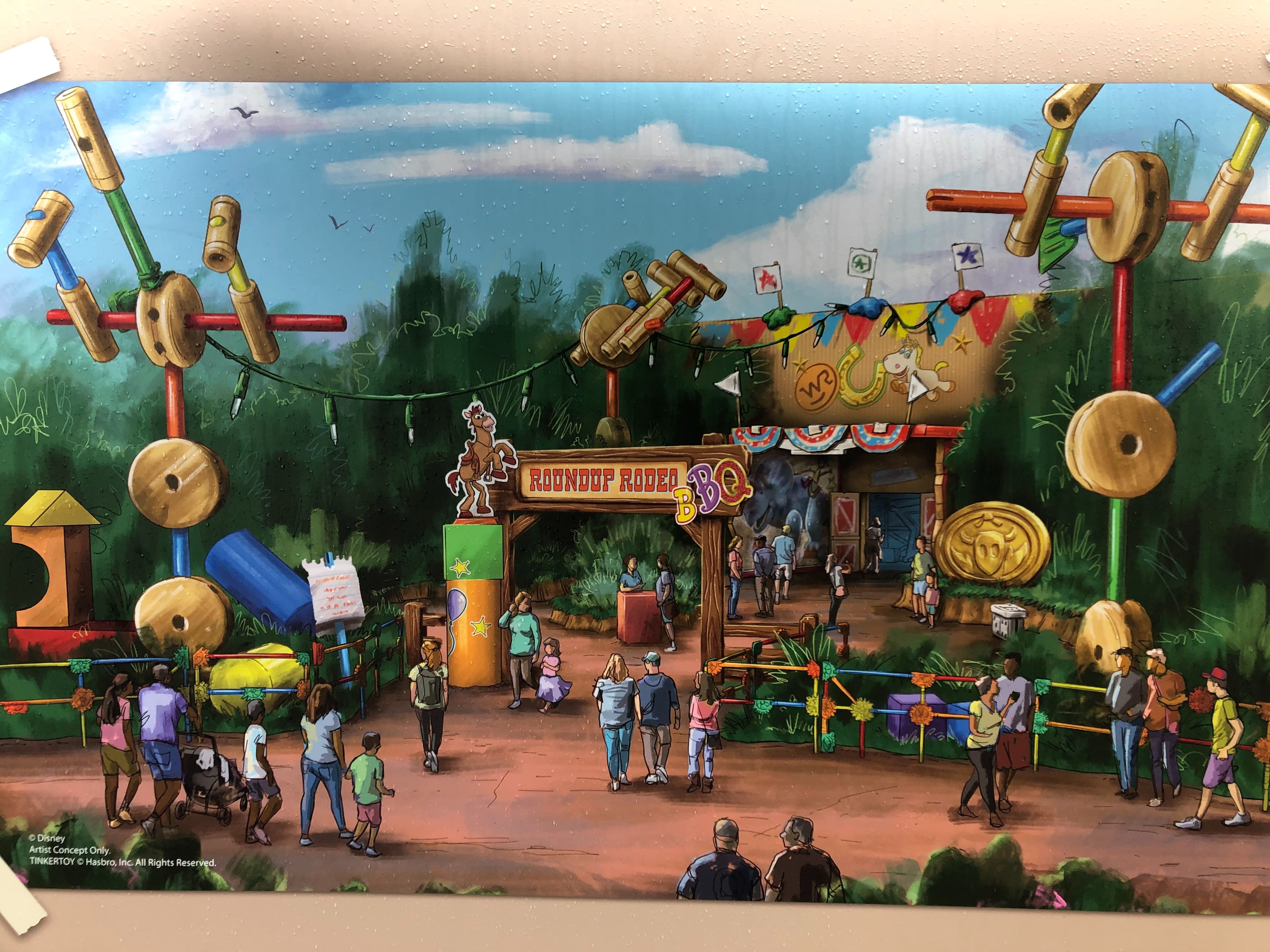 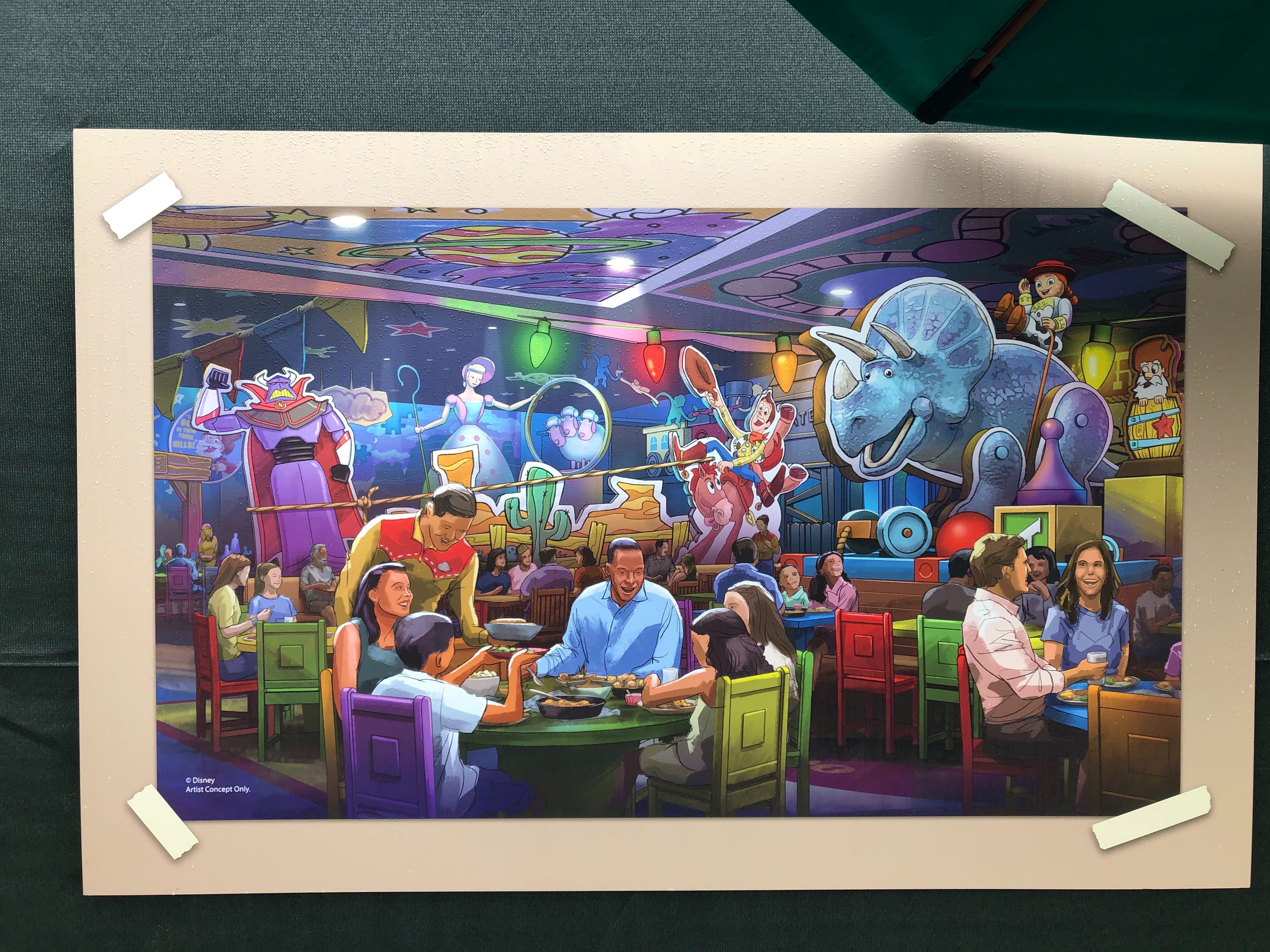 The Roundup Rodeo BBQ table-service restaurant is set to open in 2020 at Toy Story Land in Disney’s Hollywood Studios.

Previous
PHOTOS: Construction Walls Go Up Blocking All Paths Through Middle of Future World, New Path Opens Behind MouseGear, Guardians of the Galaxy Pathway Walls Come Down at EPCOT