We are mere months away from the first phase of the MARVEL Avengers Campus land opening to guests at Disney California Adventure, and work has taken on a feverish pace. Efforts are also now underway to fix the sight-line devastation in Cars Land. Let’s take a look… 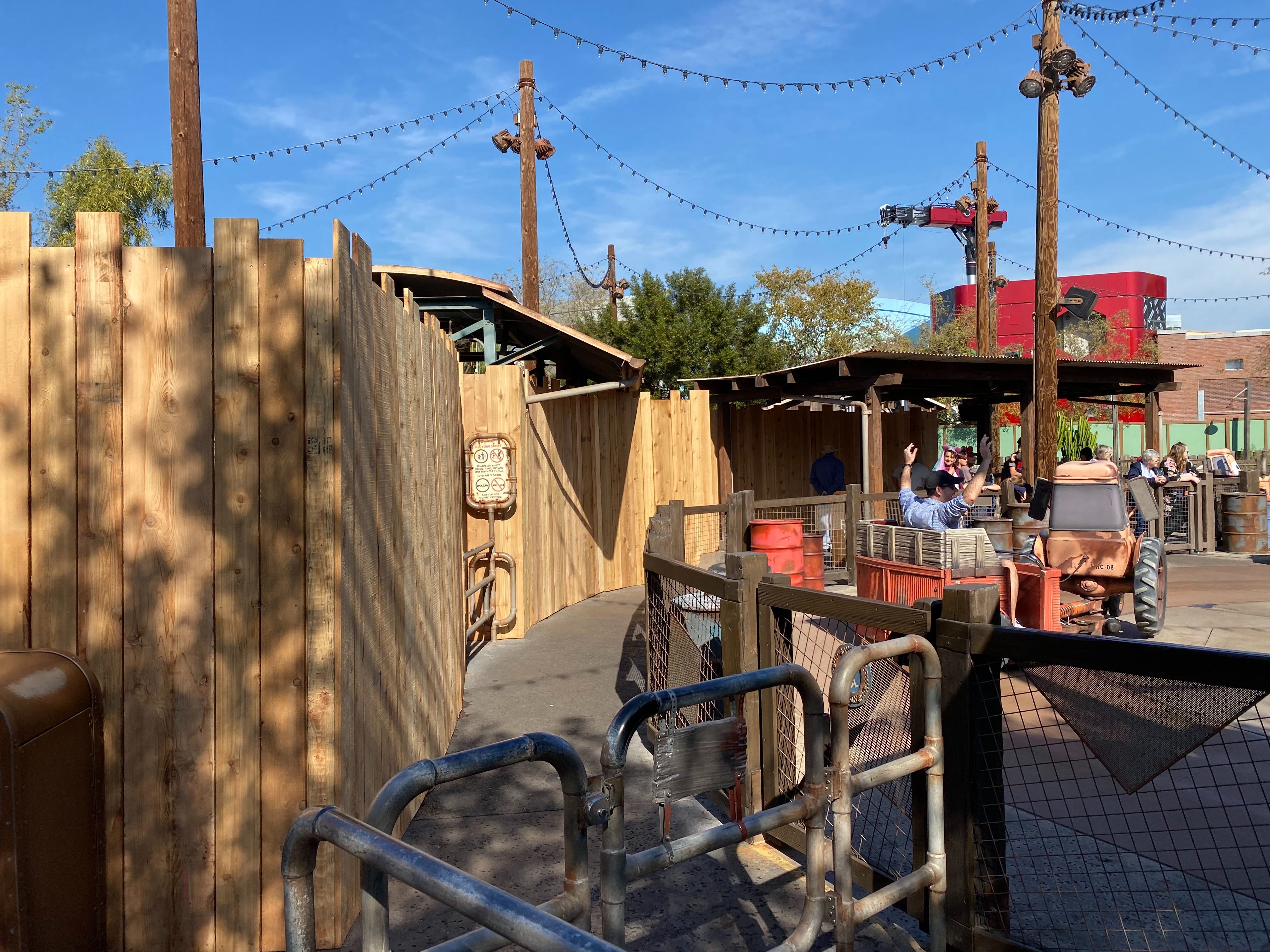 The left side of Mater’s Junkyard Jamboree is currently closed for refurbishment, but the right side is running. 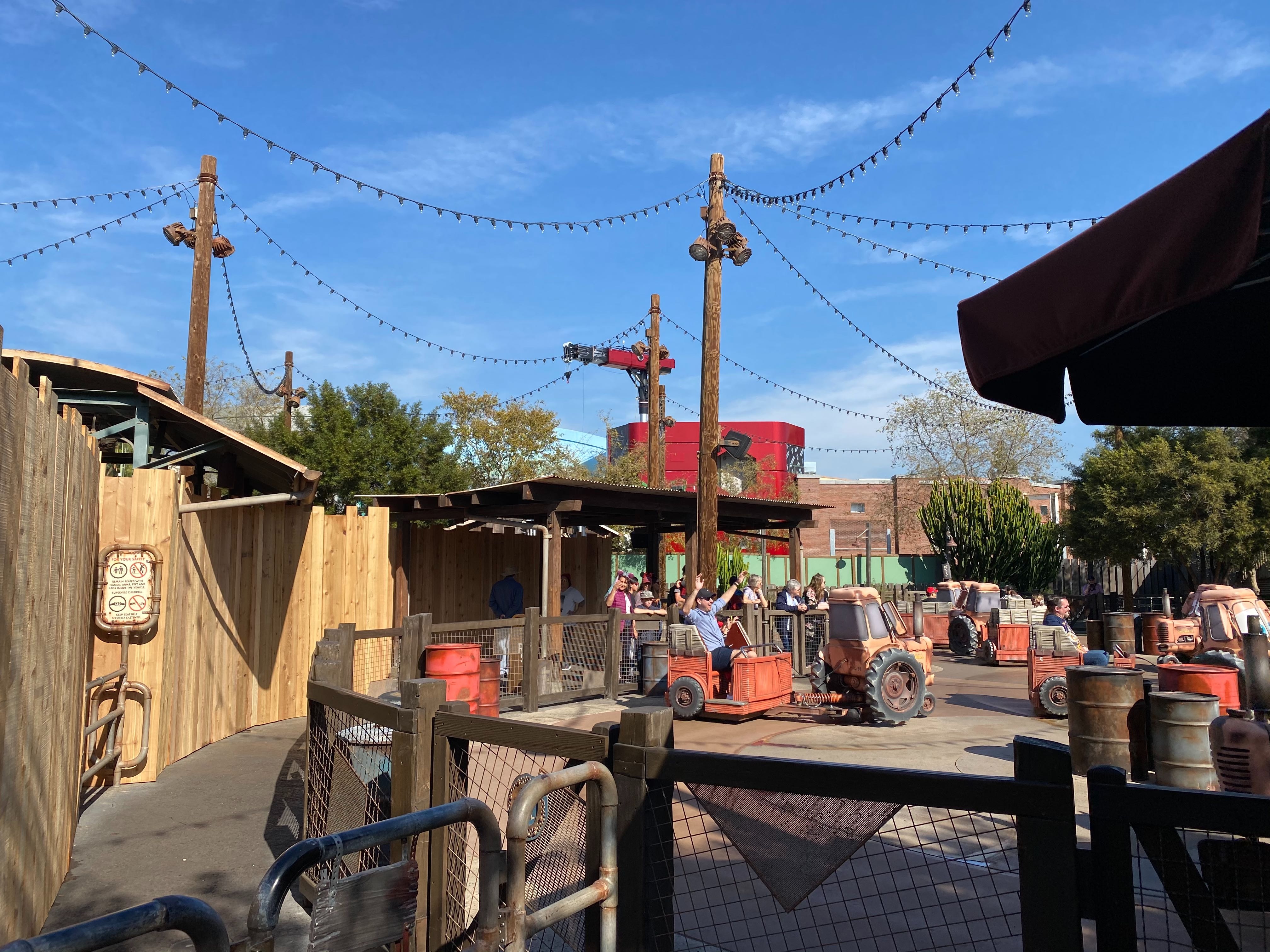 From here, we can see the WEB Industries building, home to the Spider-Man ride. With the added walls at Mater’s, the main thoroughfare of California Adventure is pretty uninviting right now. 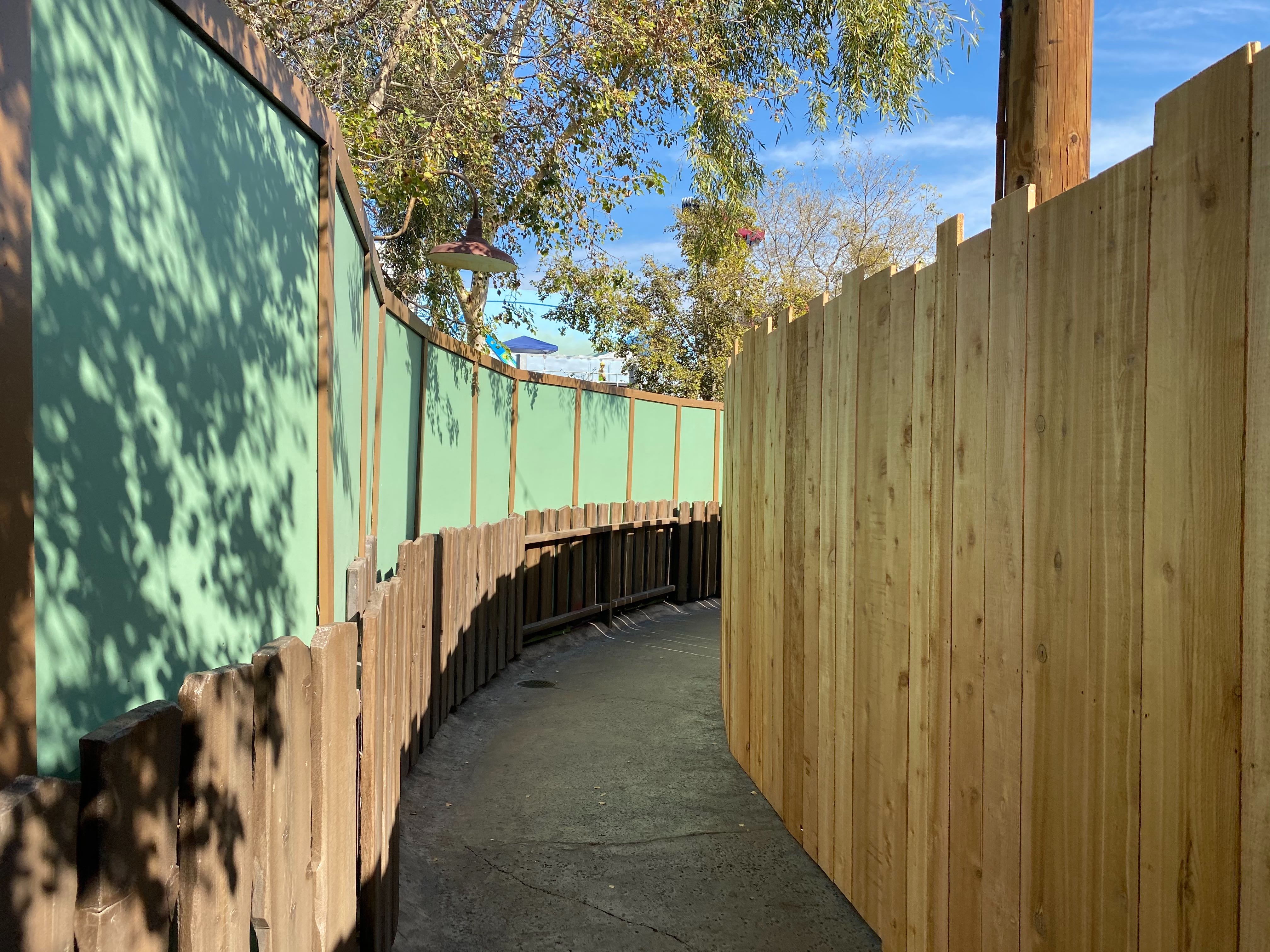 This is what you’ll walk through exiting Mater’s Junkyard Jamboree. 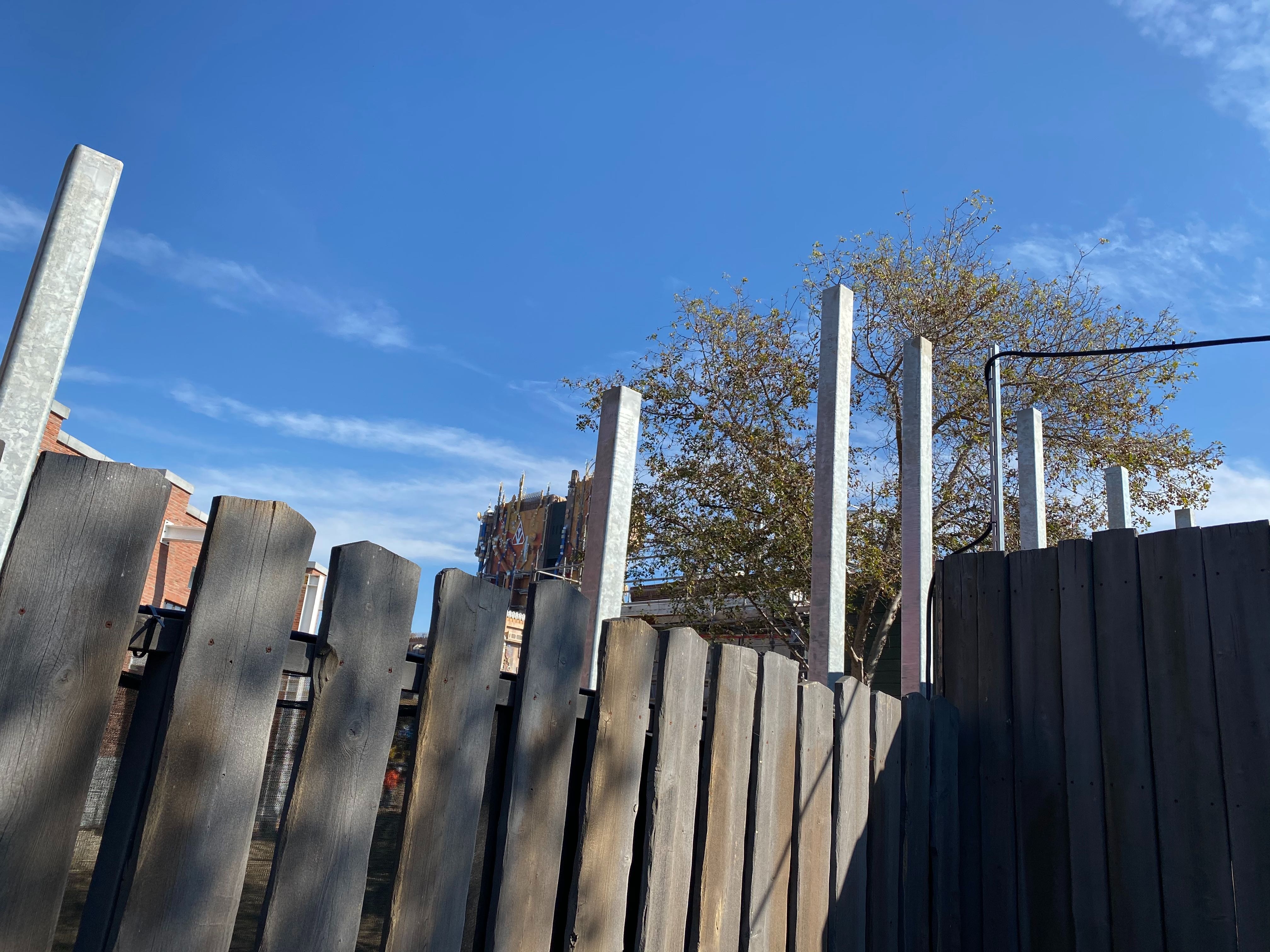 Posts are going up along the fences at Mater’s Junkyard, leading us to believe that something is being erected to block views of the Avengers Campus. I hope it is something sensible, because a taller fence isn’t going to look any better. Behind the posts in the above pics is WEB Suppliers. 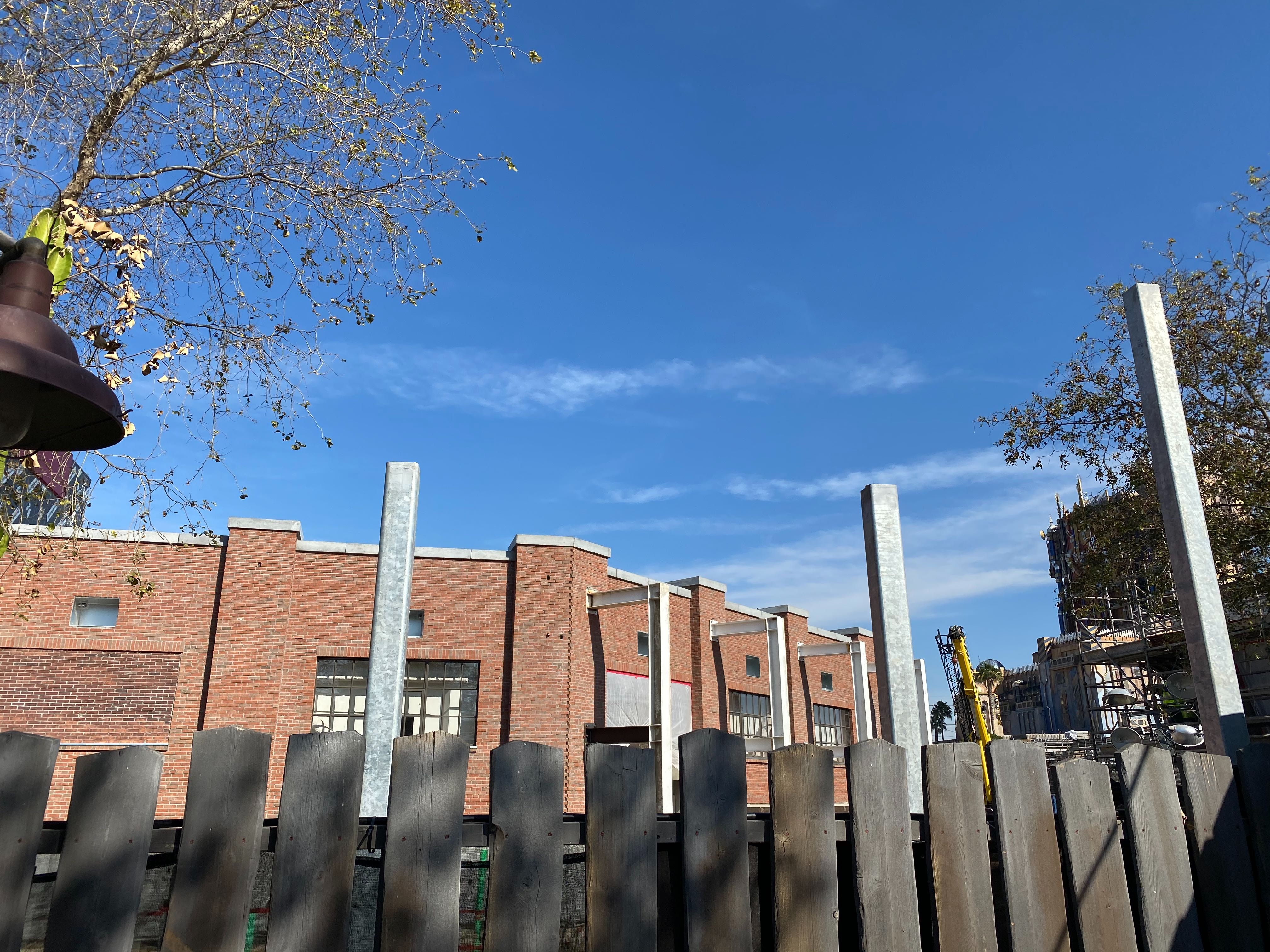 They posts stretch all the way down the perimeter of the ride. 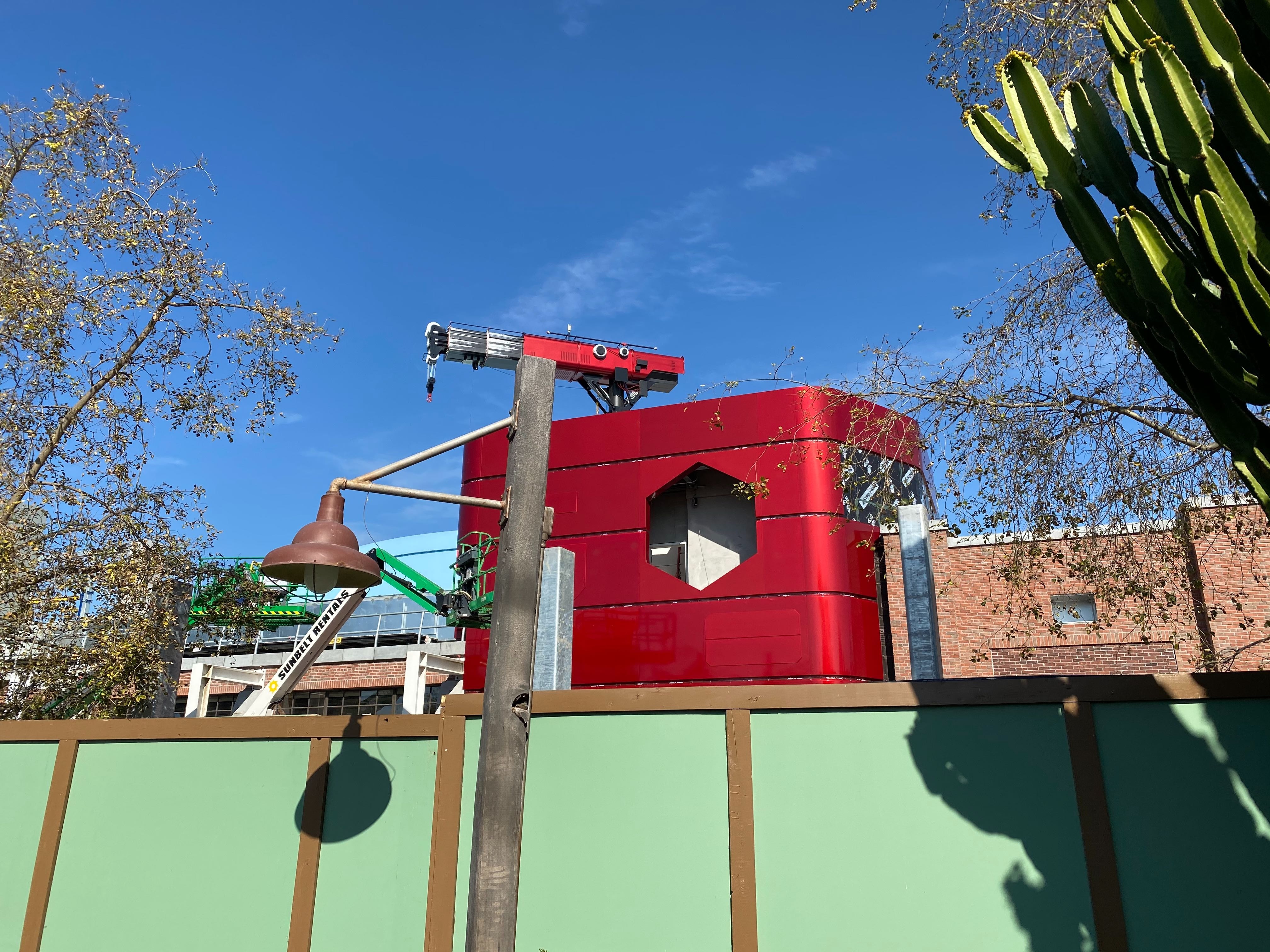 From the exit, we can see that the work on the WEB Industries facade is nearing completion. The strange mechanical crane on the roof seems to be complete. 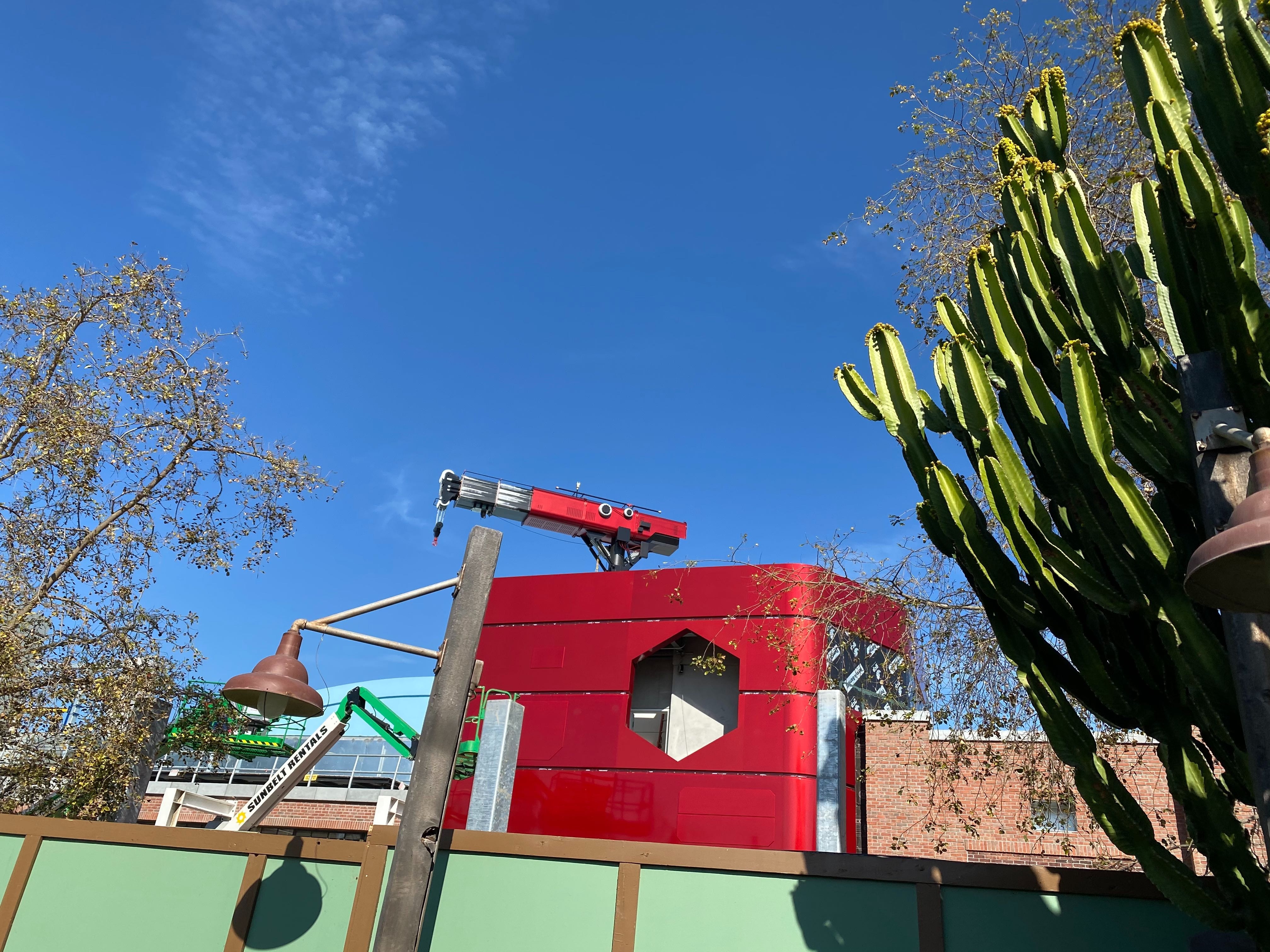 A look across the WEB Industries facade. 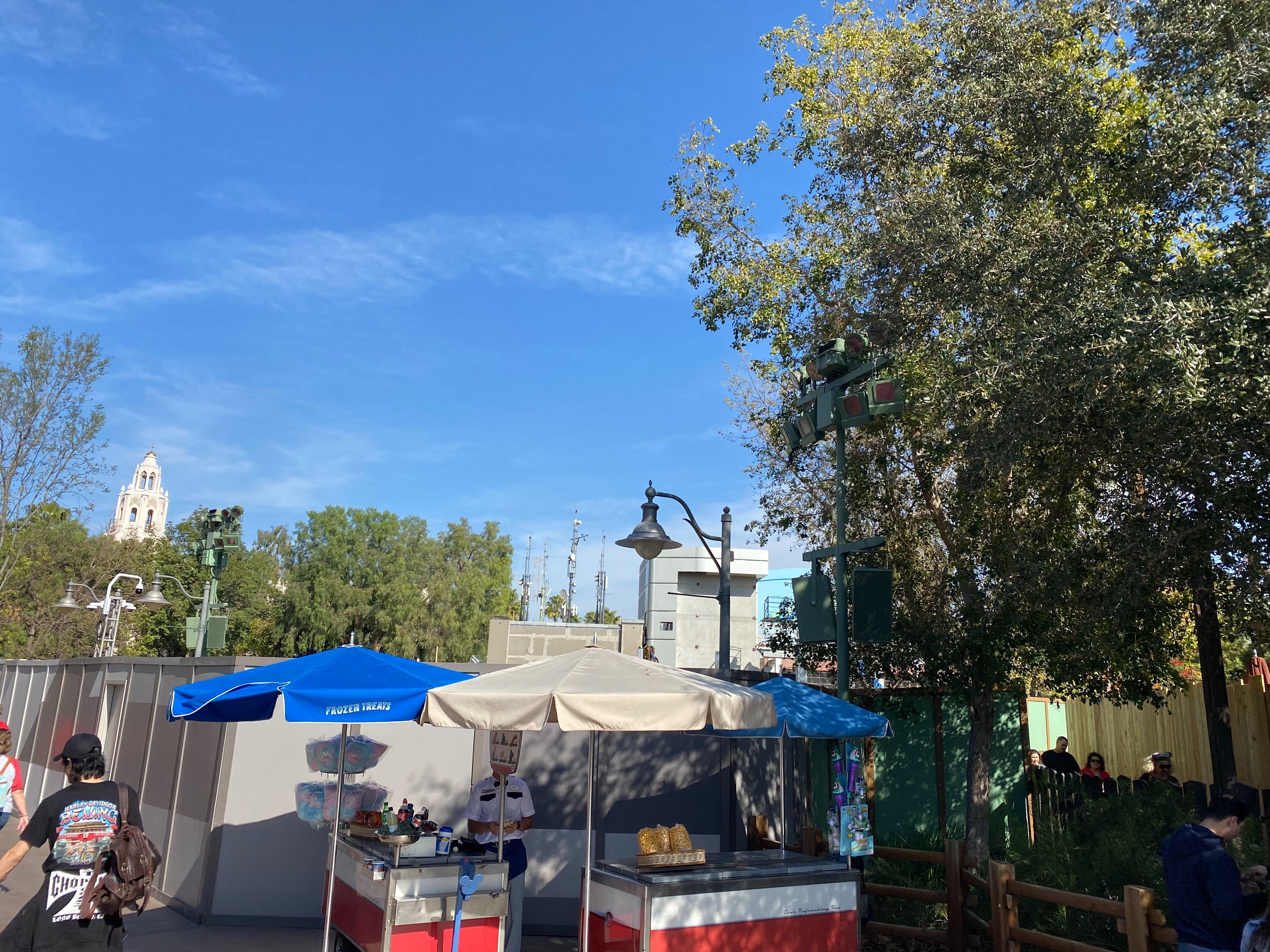 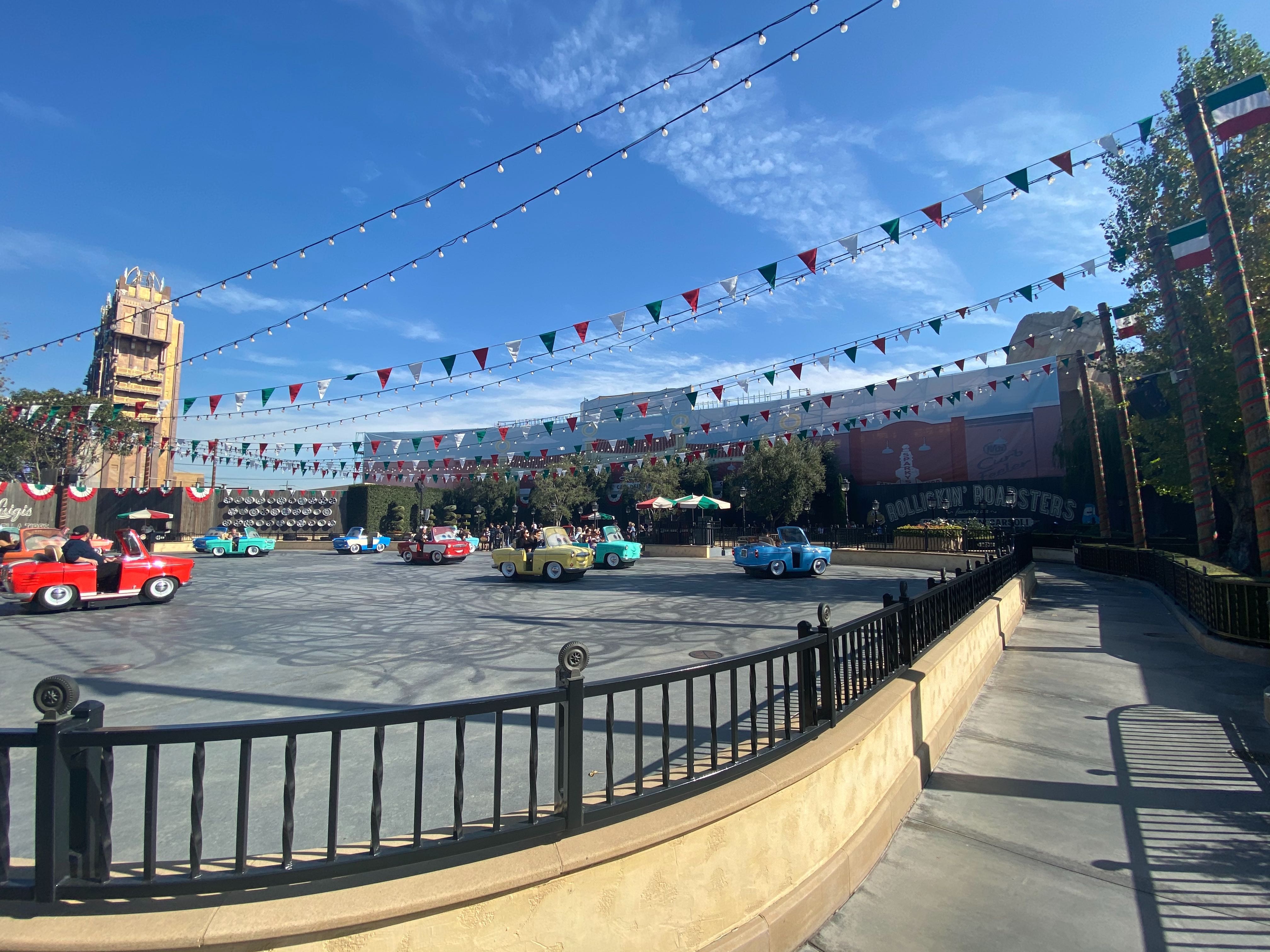 Over at Luigi’s Rollickin’ Roadsters, the exposed steel structure that might be part of the Avengers E-Ticket attraction has been masked temporarily by a giant tarp with Cars Land facades. It’s all off-scale, stretched out, and repeats facade from the Main Street of the town, but I guess it’s better than the metal framework. It is also (likely) temporary. 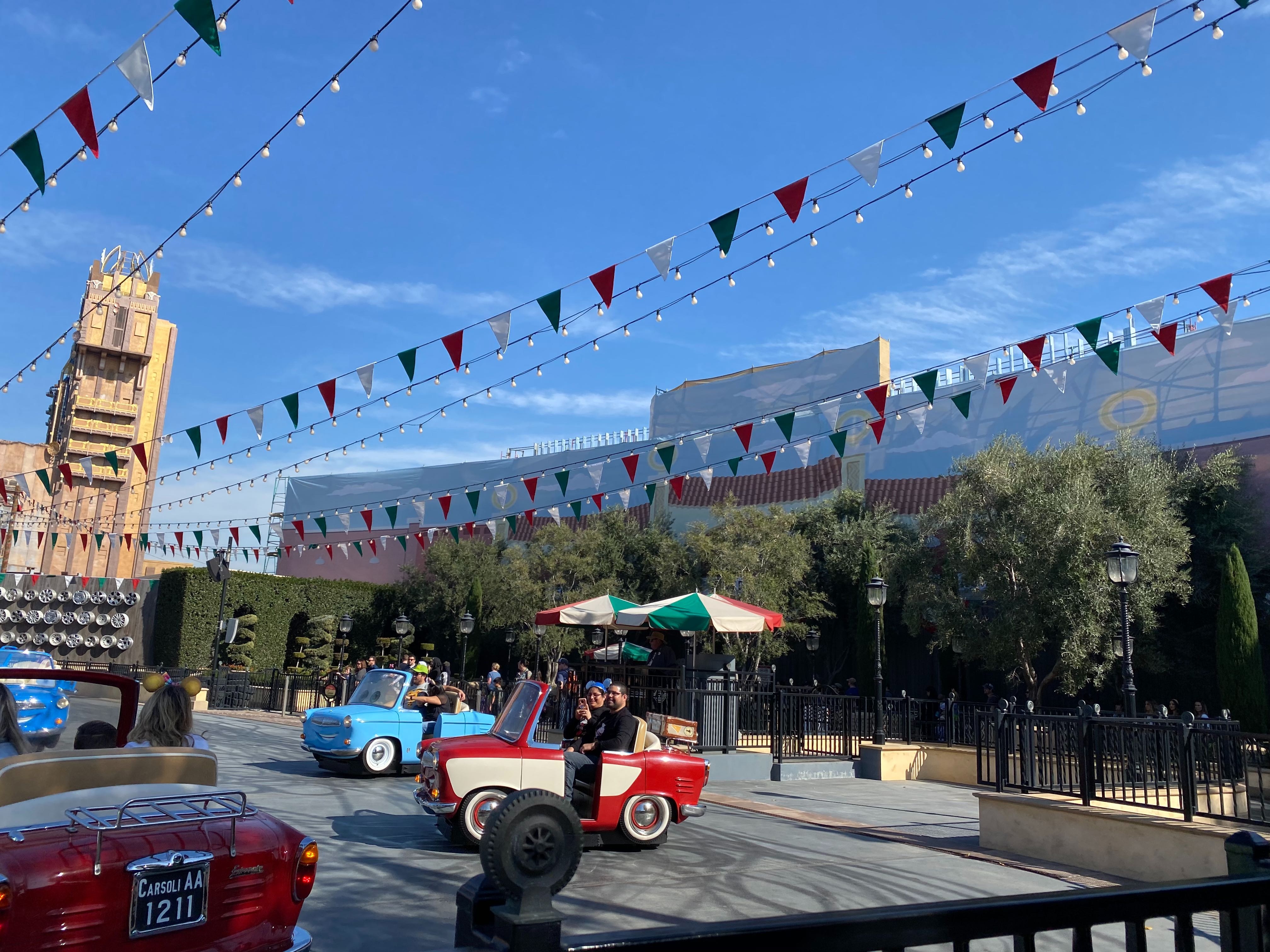 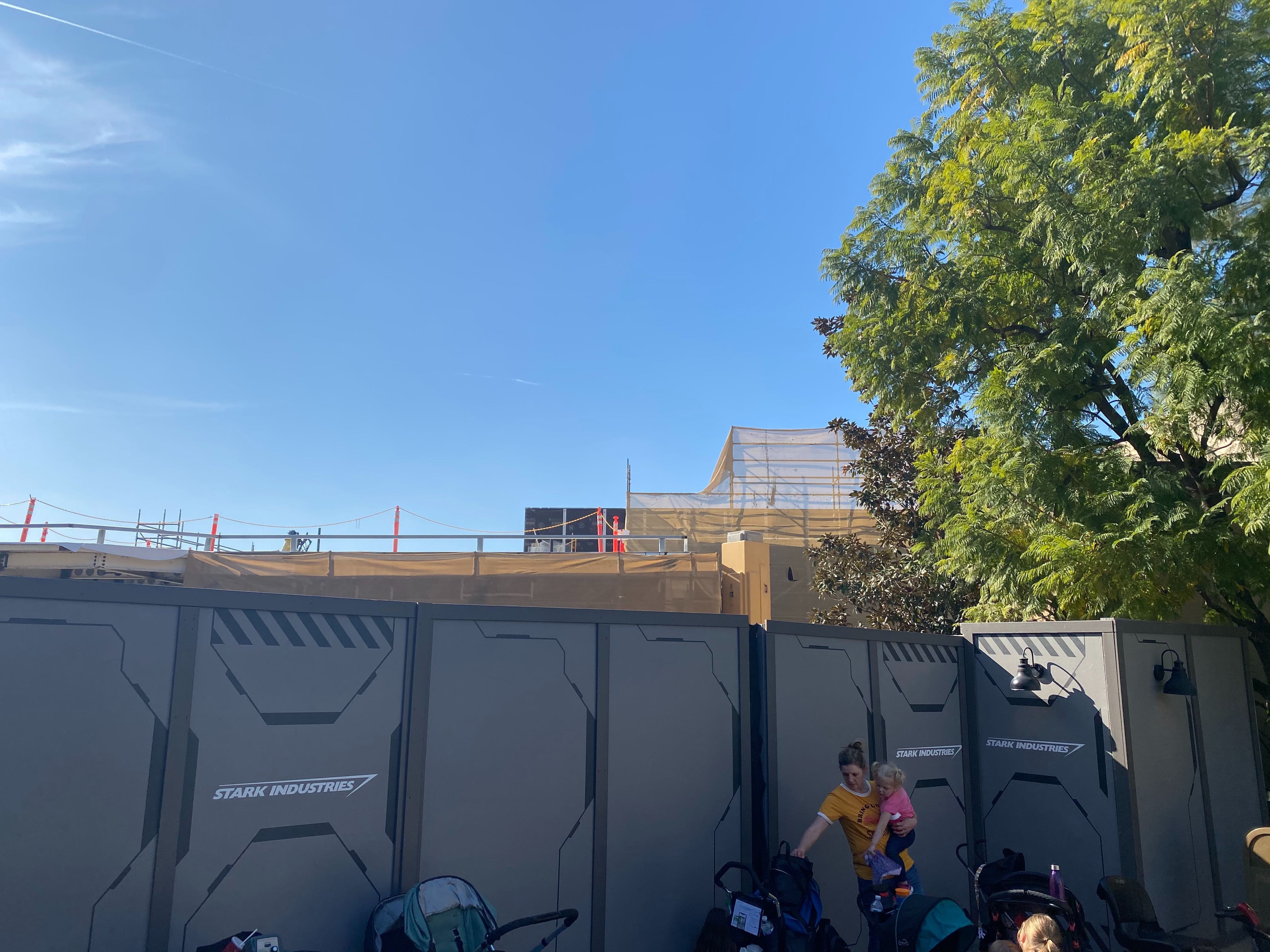 From Guardians of the Galaxy: Mission Breakout, we see progress on the Pym Test Kitchen.

Phase one of Avengers Campus is set to open at Disney California Adventure in Summer 2020. The Avengers E-Ticket is expected to open a few years down the road.