What a difference a day makes. Innoventions West, at least the southern portion of it, is almost completely gone now ahead of the reimagining of EPCOT. As you can see from these photos, there are a few girders still standing, but almost everything is gone now. It’s remarkable the difference given what we saw just a month or two ago. 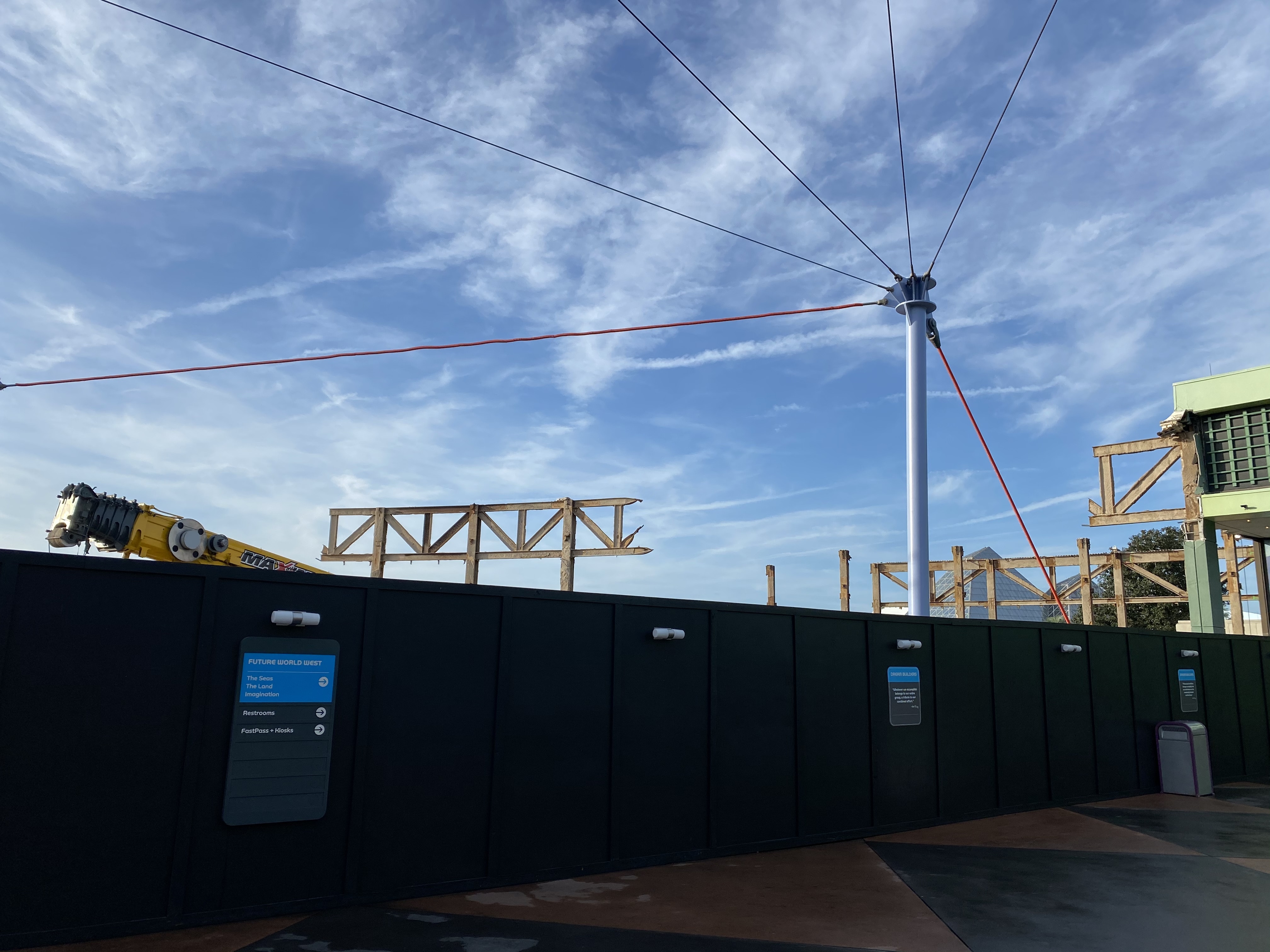 Crews are hard at work preparing for the new multistory Festival Pavilion building that will occupy the space of the former Innoventions West. 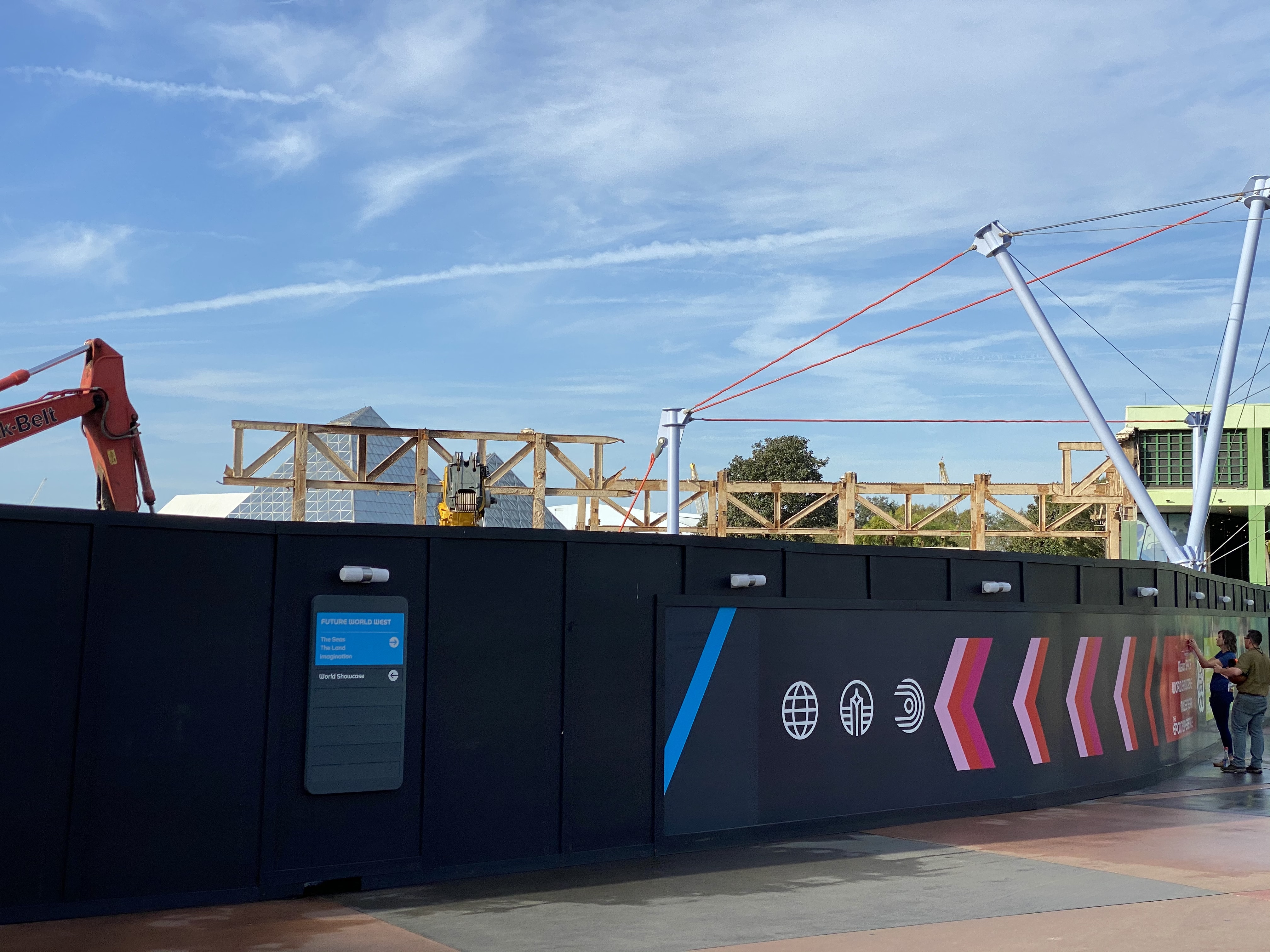 New EPCOT and old Epcot in one photo… it’s poetic, in a way. The one benefit of the demolition of Innoventions West are the best views of the Imagination Pavilion! Construction walls now wrap all the way around to where the Festival merchandise booths begin. Scrim-covered fences now line the area wrapping around the exterior perimeter of the construction site. 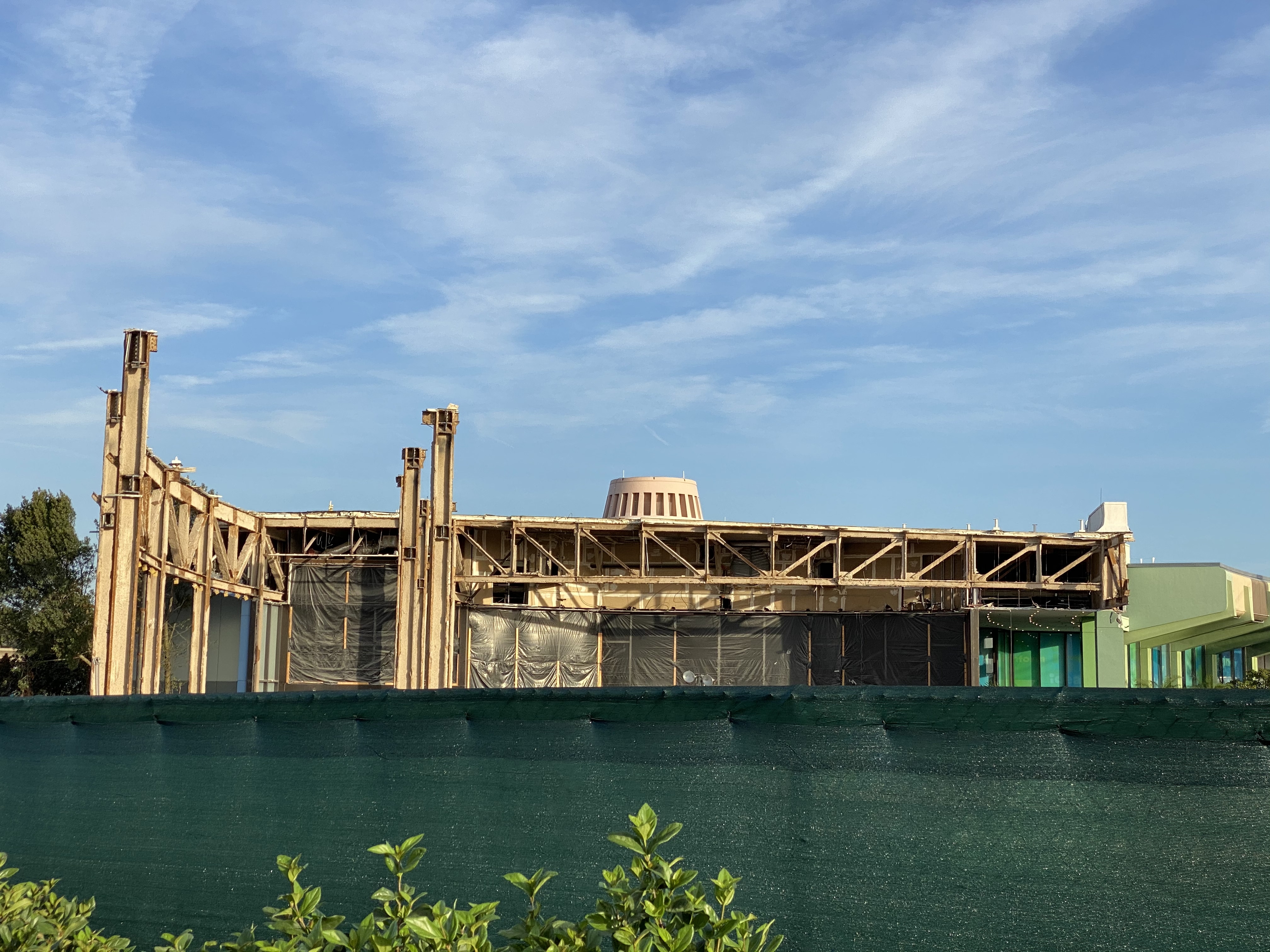 Windows are covered along what remains of the building so guests in the breezeways don’t have to look into an active demolition zone. 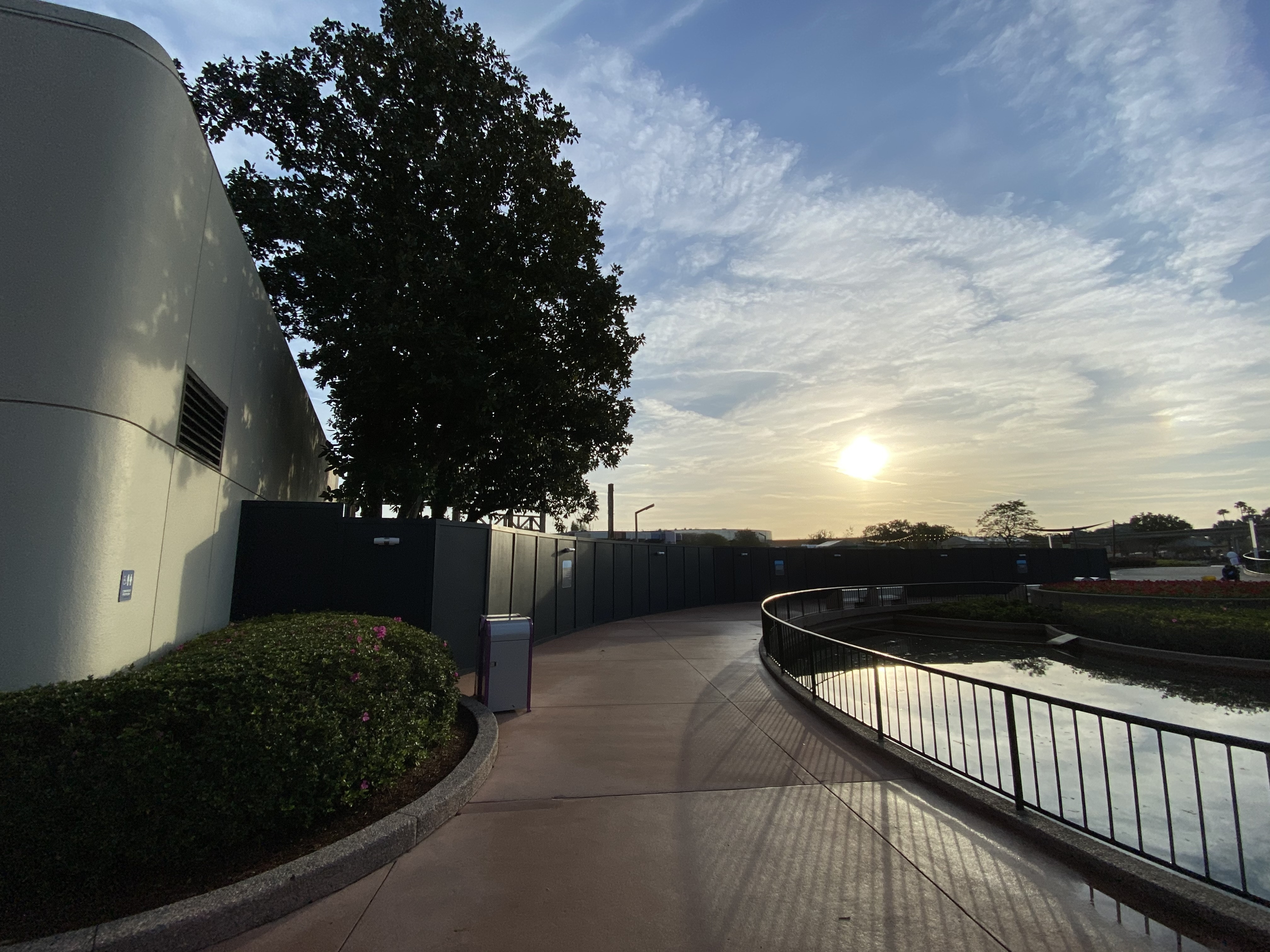 Soon, we expect the entire central breezeway for Future World to close for construction, with the new entrance walkway bypasses being the main means for guests to reach Future World West and Future World East while construction resumes on World Celebration.

Previous
REVIEW: Tasty Lobster Chips and Beer Appear at the Refreshment Port for the 2020 EPCOT International Festival of the Arts