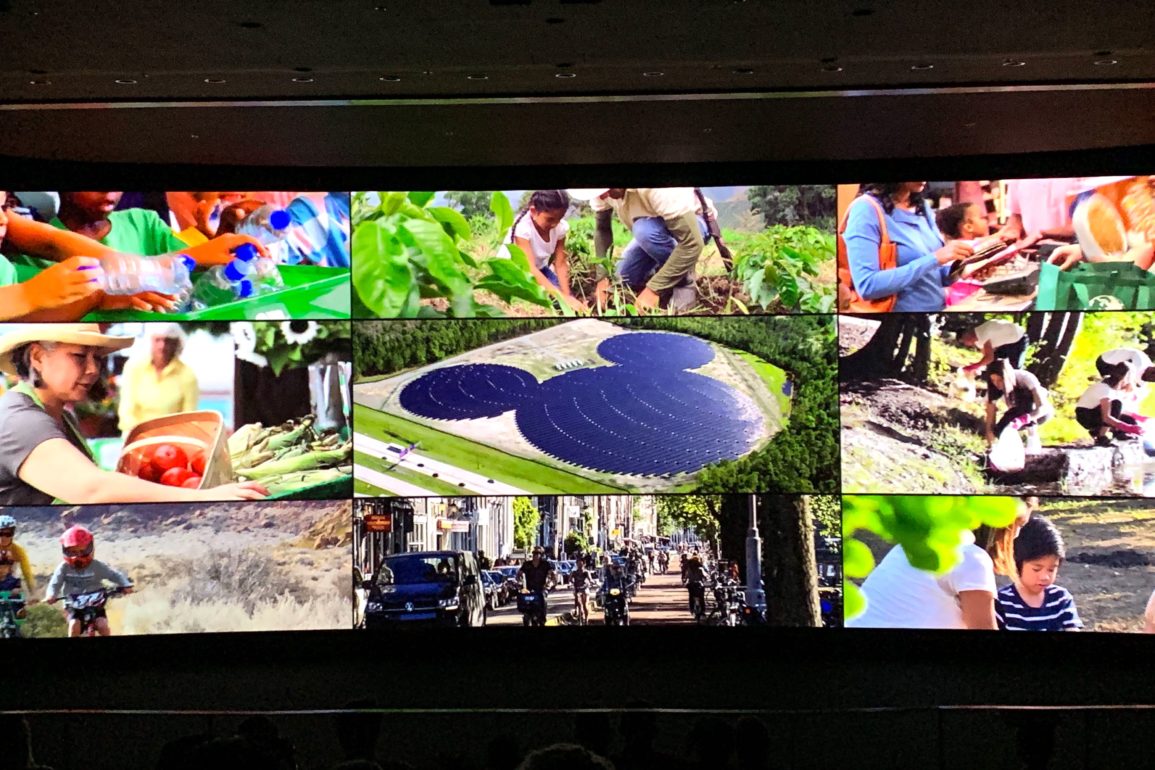 Welcome to WDWNT’s coverage of the EPCOT International Festival of the Arts 2020! As you may know, today marks a major milestone for the park as three new films debut throughout the park.

Over in The Land pavilion, Awesome Planet is now glowing with the blue-green hues of our home planet Earth. Fans of the Harvest Theater’s epic wall carpet will be delighted to know that the carpet has remained throughout the installation of the new show. The theater itself received a bit of a refresh, although nothing major. Hosted by Ty Burrell (of ABC’s Modern Family), “Awesome Planet” in The Land explores the spectacular beauty, diversity and dynamic story of Earth. Featuring an original musical score from Academy Award-winning composer Steven Price and in collaboration with the Disney Conservation Fund, the 10-minute film uses in-theater effects (including wind, scents, and water) to tell the story of life on this planet and why it’s vitally important to care for it.

In the film, Burrell somewhat reprises his Modern Family role, acting as a sort of real estate agent for the planet Earth. The film feels especially short, as it’s not long enough to go really in depth on anything. While Circle of Life was almost overbearing in its message about global warming, the term isn’t even outright mentioned in Awesome Planet. We’ll let you guys see how you feel about the film after watching it in full.

You can check out the full nature film in the video below!