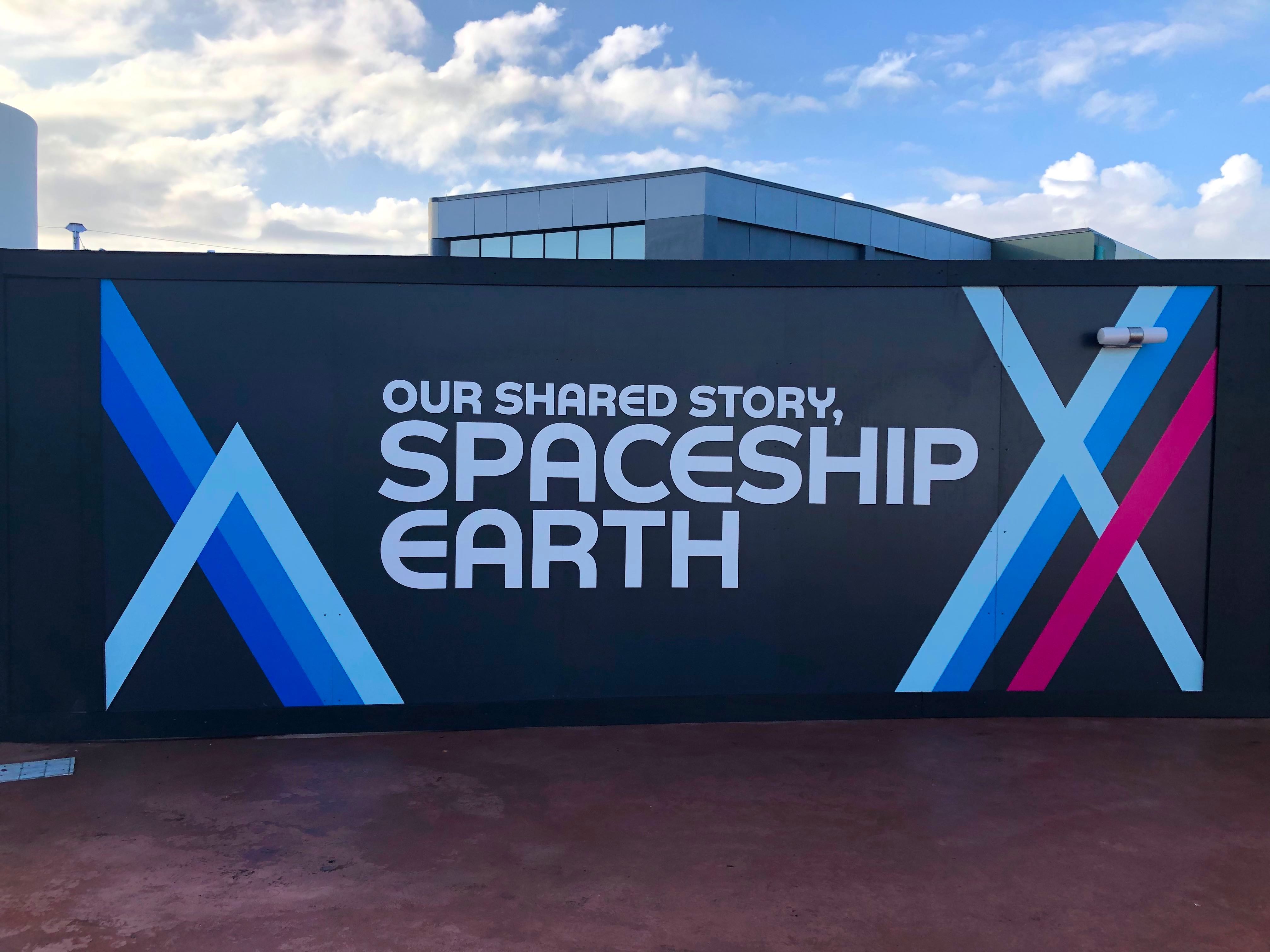 EPCOT is currently nothing but construction walls, at least as far as the evolving Future World is concerned. While the maze of walls isn’t the greatest visual experience for guests, at least they’re trying to make it entertaining by slapping on as much theming and character art as possible. New to the EPCOT construction wall landscape is this new “Our Shared Story, Spaceship Earth” segment, a nod to the attraction’s new name. 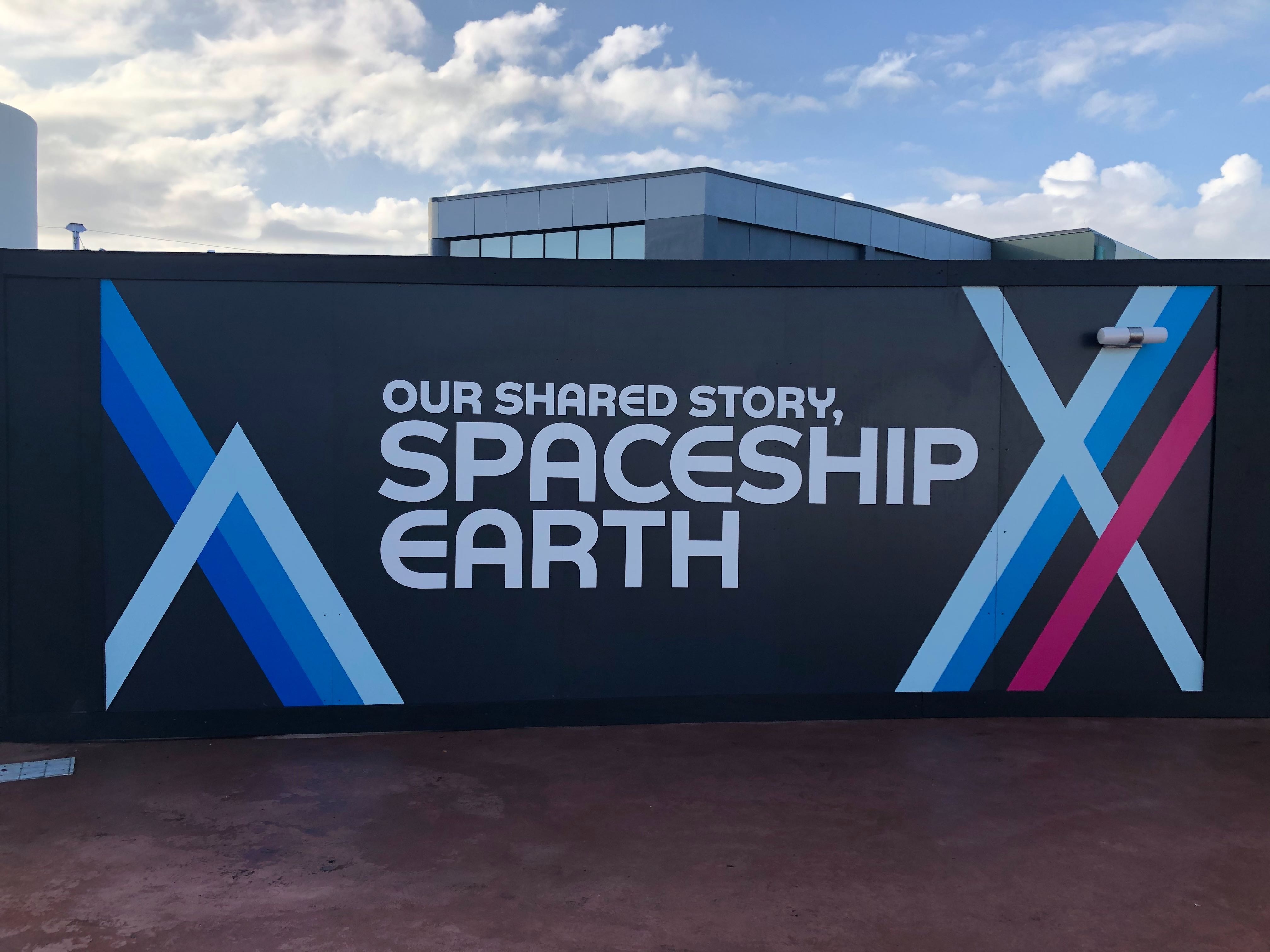 If you kept a close eye out during the opening of the all-new “Walt Disney Imagineering Presents The Epcot Experience” Exhibit at The Odyssey Pavilion in Epcot, then you took in the display projections show in all its glory, but there was one goosebumps-inducing part of the projection show that focused on Spaceship Earth… and its upcoming future. 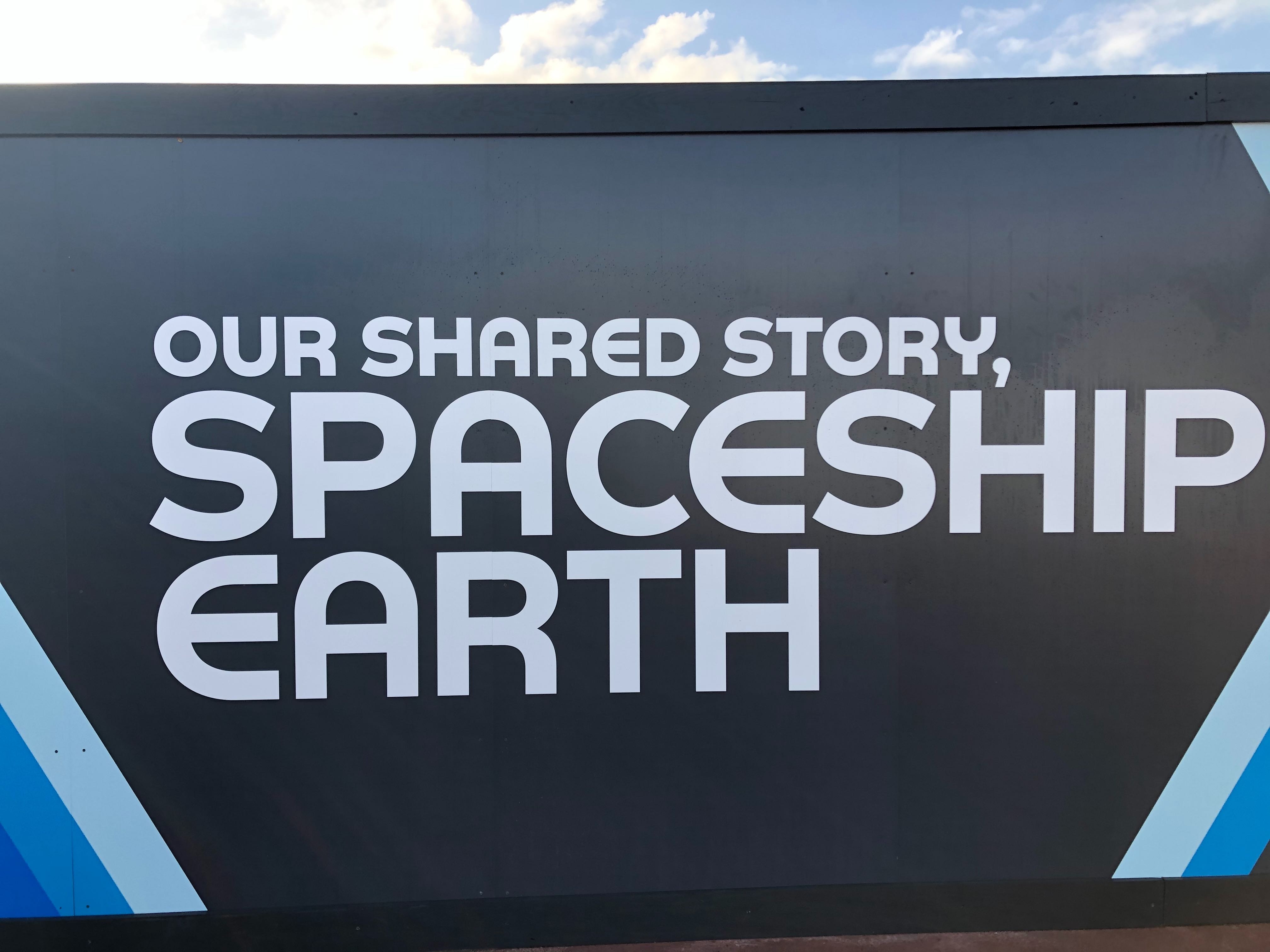 As times have changed, the Spaceship Earth attraction at Epcot has changed with them. Opening in 1982, the ride received massive overhauls in 1986, 1994, and 2007, usually with the departure/addition of a corporate sponsor. With over a decade since the last reimagining and coupled with the 2017 departure of Siemens, Walt Disney Imagineering is ramping up for another round of changes for the park’s icon attraction. 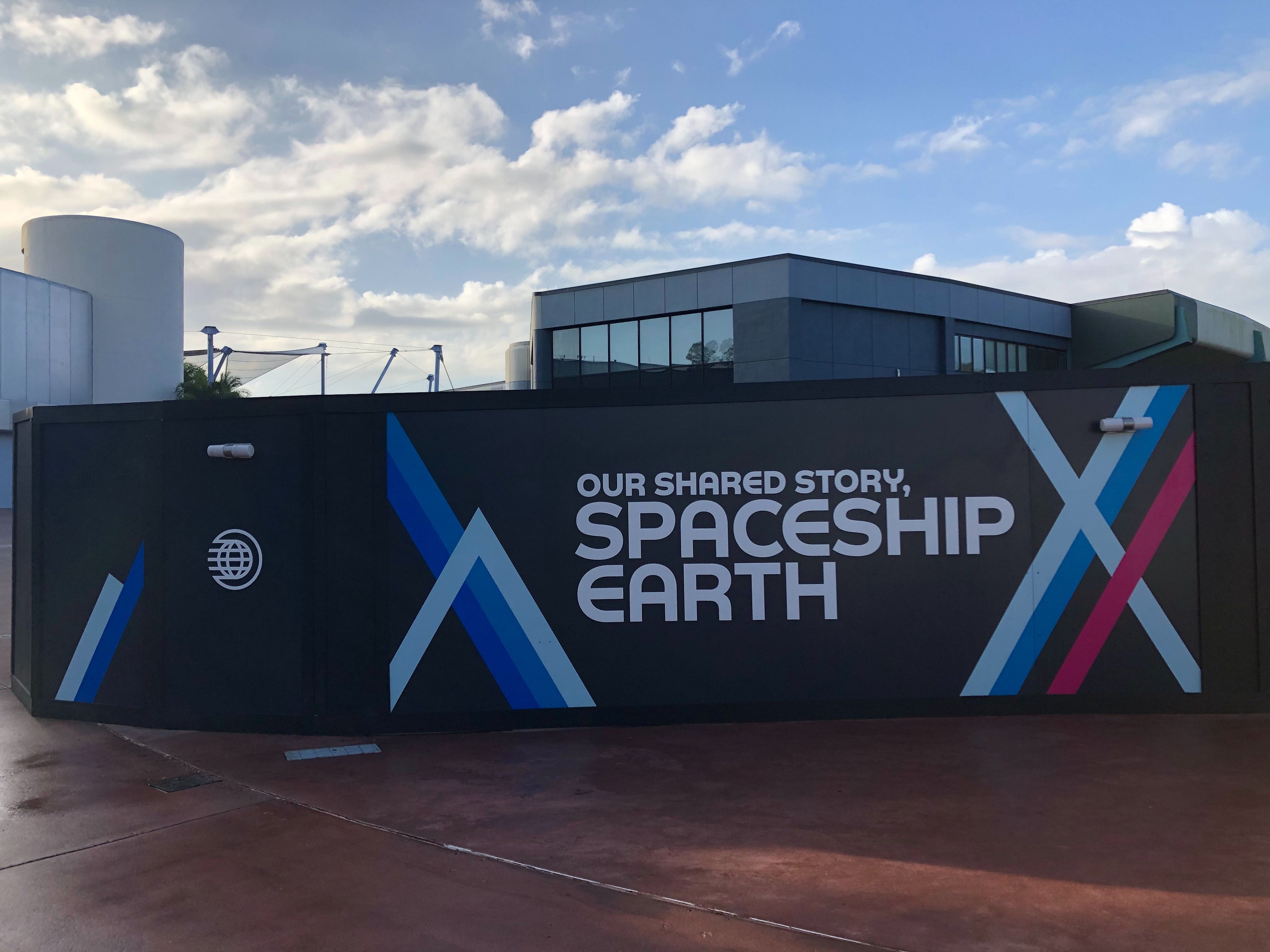 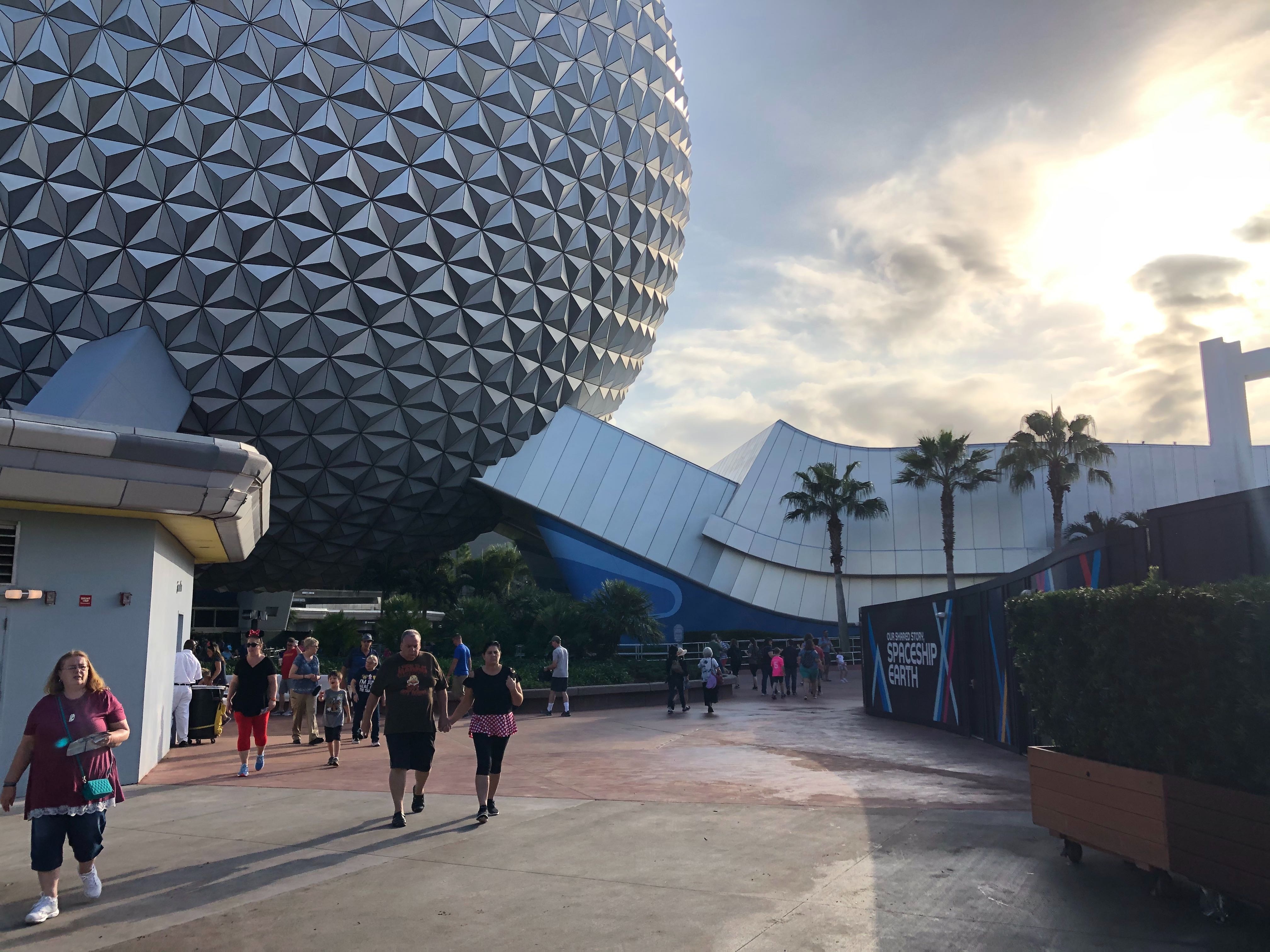 As was revealed during last year’s D23 Expo, Spaceship Earth will remain the park’s grand icon, but the journey will be transformed with new scenes reflecting the universal nature of the human experience. That being said, it appears the attraction will now be named “Spaceship Earth: Our Shared Story.” New narration and an entirely new musical score will also be added to Spaceship Earth, featuring a “story light” element to bring to give each scene energy and beauty, tying the entire journey together. For now, you can check out the new Spaceship Earth wall within the new bypass walkway linking the west park entrance to The Land and The Seas pavilions. We broke the news on the upcoming Spaceship Earth updates back in October 2018, and you can find more details that Disney hasn’t released on the project here.