Since the release of “Star Wars: The Rise of Skywalker” in December, the film’s presence has spread throughout Walt Disney World, particularly with a new exhibit at Star Wars Launch Bay and new scenes added to Star Tours at Disney’s Hollywood Studios. Today, we discovered that “The Rise of Skywalker” phone case designs are now available at D-Tech on Demand kiosks at Walt Disney World. Let’s take a closer look at the new designs. 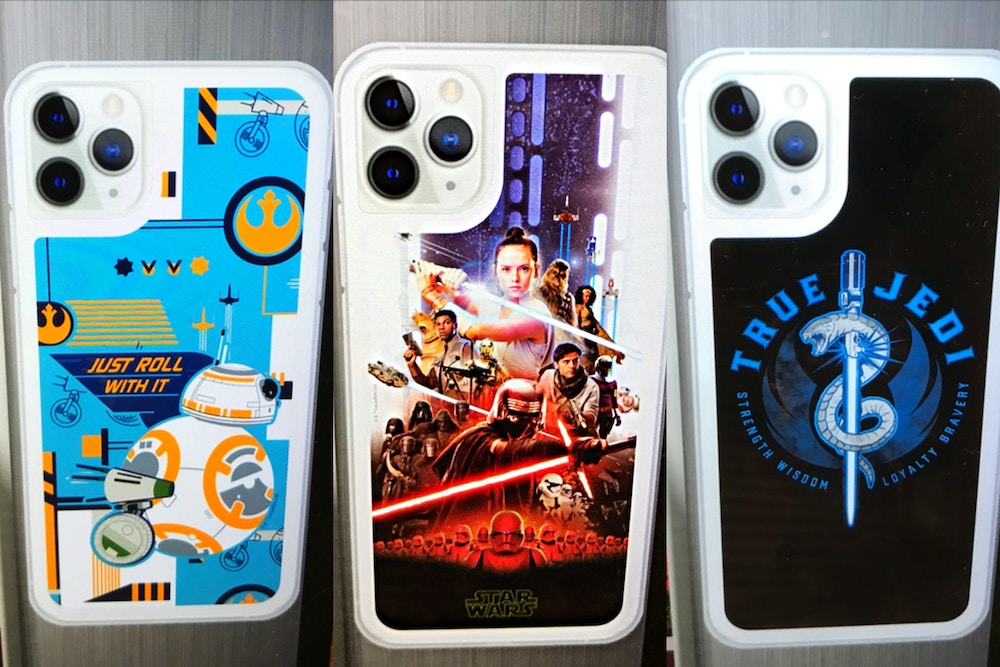 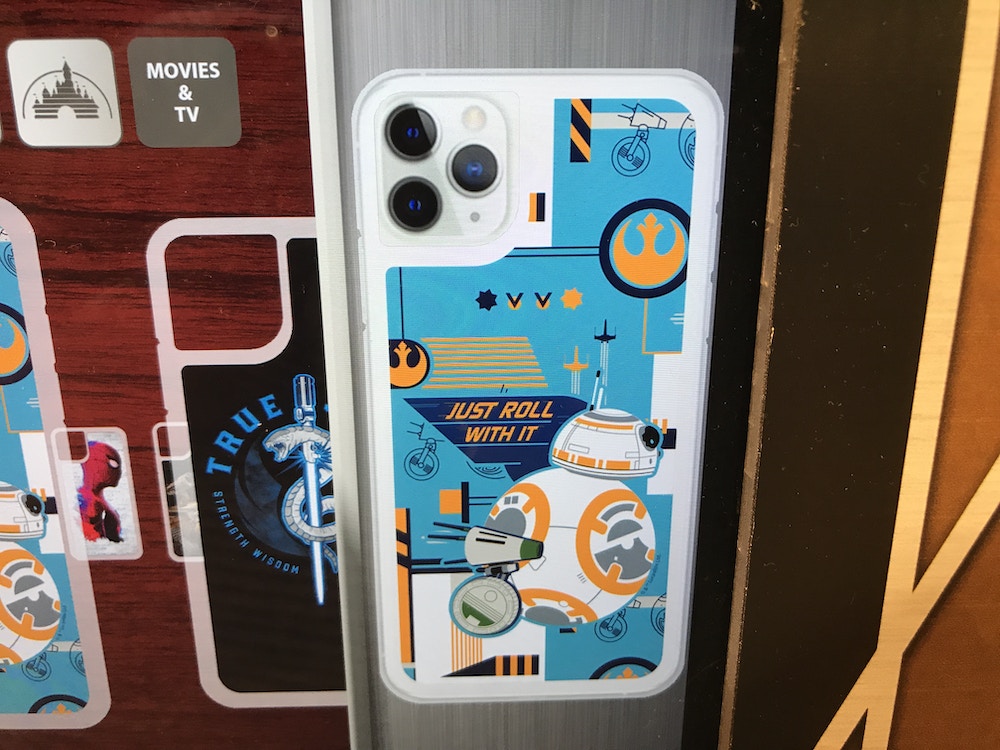 Beep-bloop-bleep-boop! This case stars BB-8 and D-0 speeding away… probably to help the Resistance. The blue background is filled with the Rebel Alliance symbol and small sketches of D-0. Above the droids, text reads “Just Roll With It.” 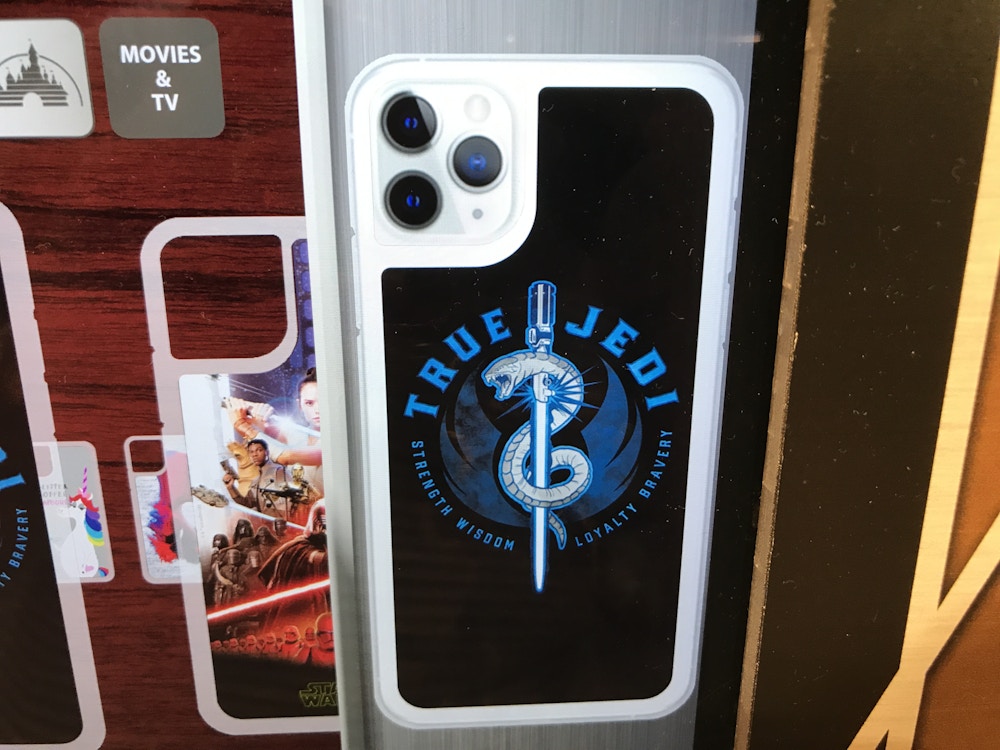 In the center of this black case’s design is a blue snake wound around a lightsaber. Shapes similar to wings branch off from the bottom of the snake, creating the symbol of the Jedi Order. Beneath the wings are the words “Strength,” “Wisdom,” “Loyalty,” and “Bravery.” Above the Jedi Order symbol is the phrase “True Jedi” in a large font. 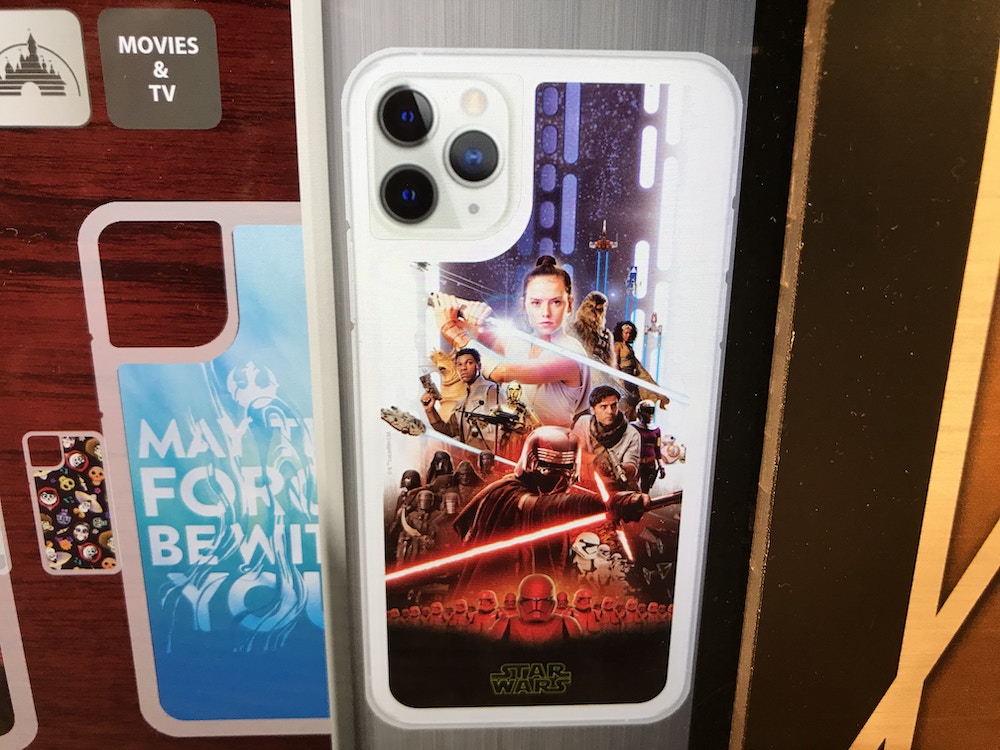 The design of this case reminds us of something that would be on a movie poster, though it’s not featured on any “The Rise of Skywalker” ones. Rey and Kylo Ren are surrounded by a collage of characters from the final film installment, which includes Po, Finn, CP30, Chewbacca and others. The bottom half of the case is covered in figures associated with the First Order. 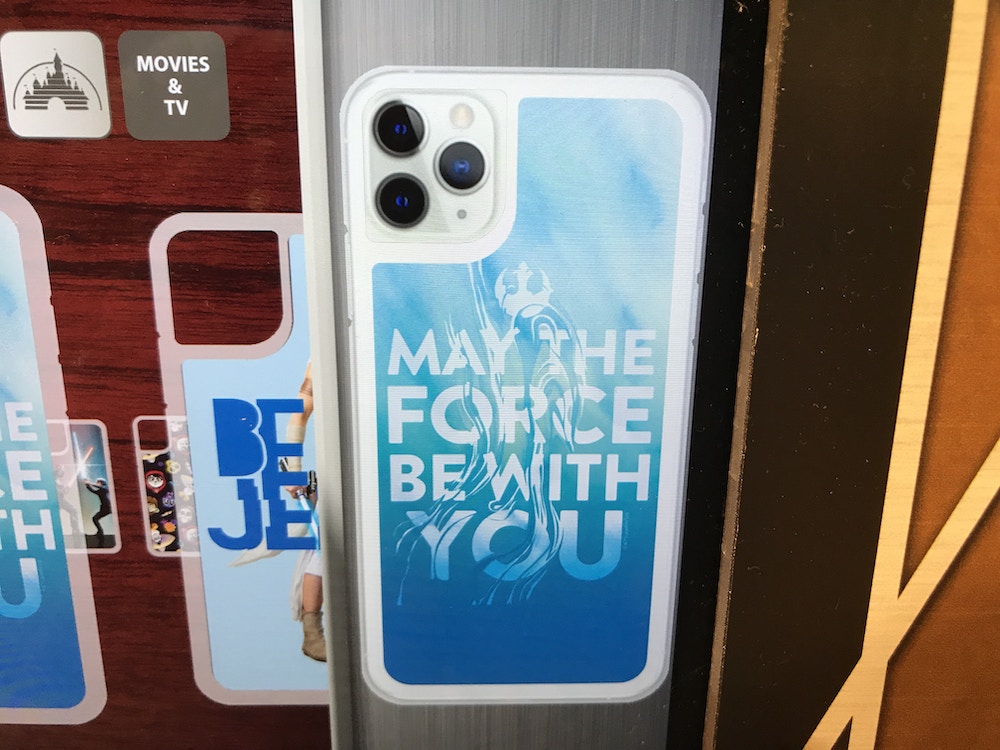 This phone case design almost gives the impression of staring into a pool of water. A watercolor design of blues create the background. The words  “May The Force Be With You” appear across the case. A ripple slightly warps the text. 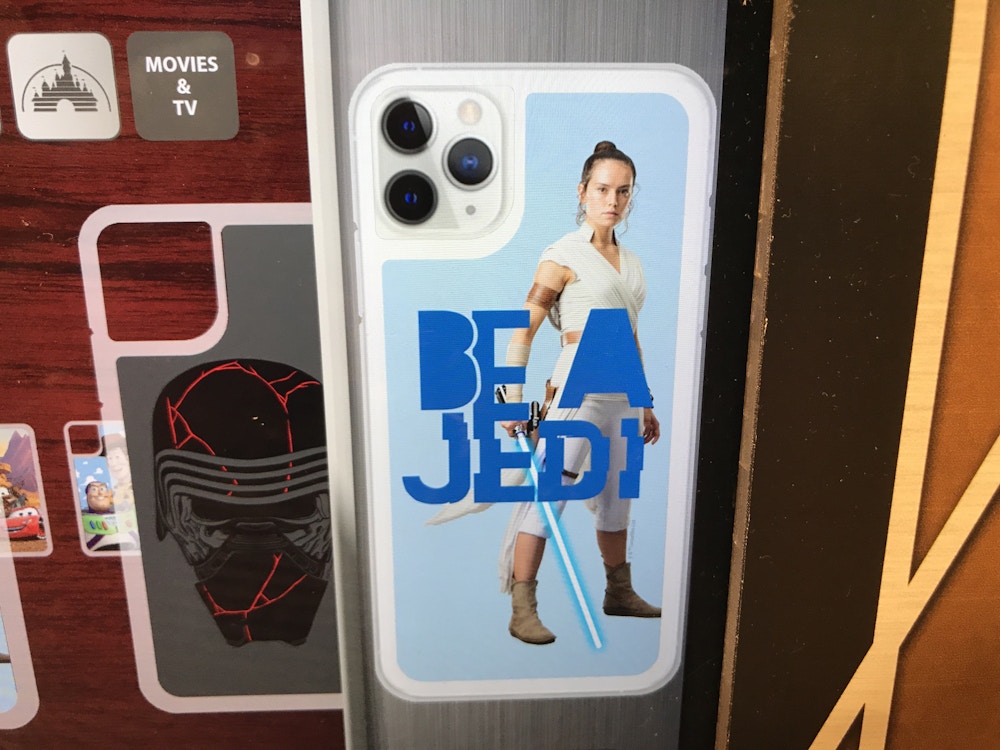 This design shows Rey standing in a strong stance, wielding a lightsaber. “Be A Jedi” is written in large blue block text. 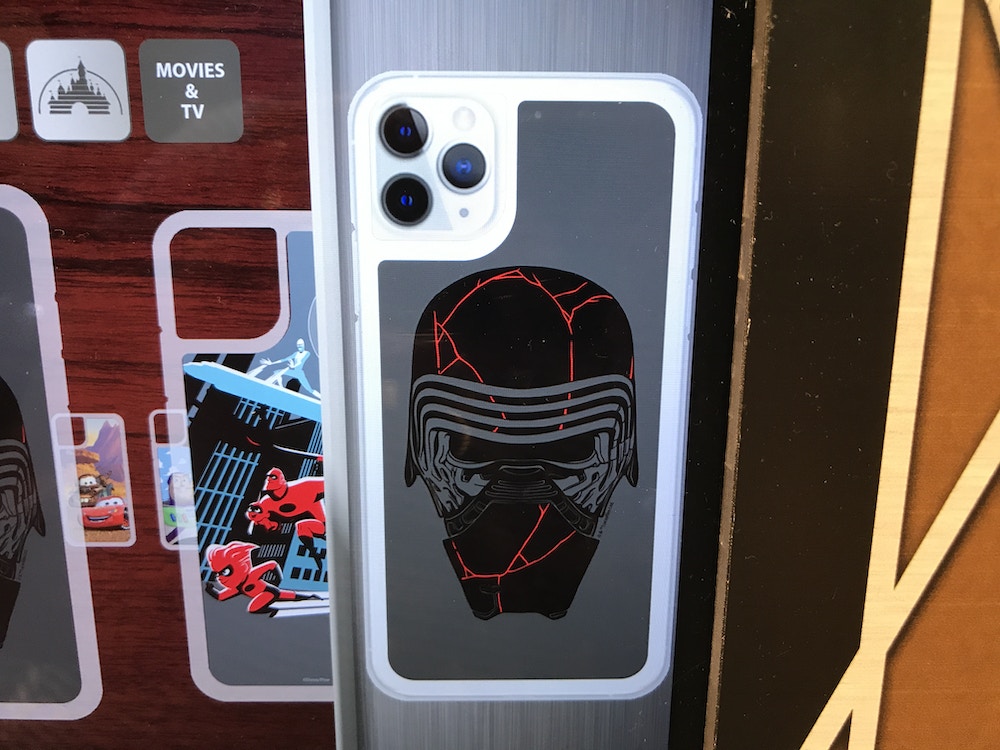 All of these phone cases are the standard D-Tech on Demand price of $29.99 with an additional $5 option for personalization.

What do you think of these new “Star Wars: The Rise of Skywalker” phone case designs? Let us know in the comments!