The beautification of Tomorrowland continues ahead of the 50th anniversary of Walt Disney World and the opening of TRON Lightcycle Run. One of the biggest changes coming to Tomorrowland is the removal of the garish galactic starport theming that currently adorns the Tomorrowland Transit Authority PeopleMover. 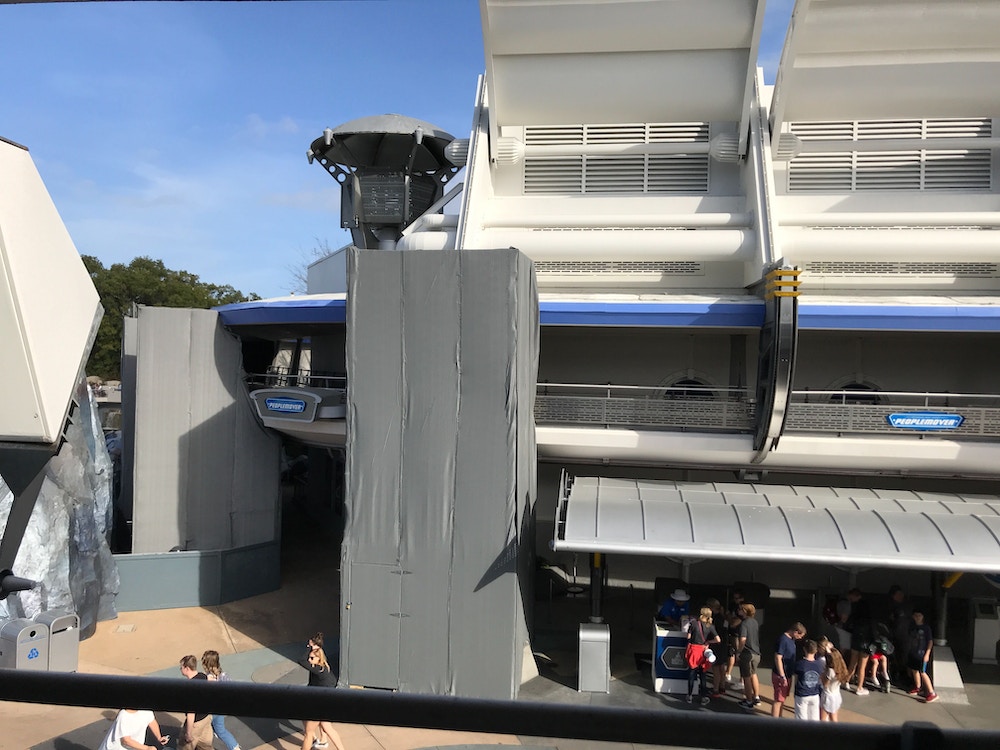 While our reporters were in the Magic Kingdom today, they noticed work has progressed on returning the theming of the PeopleMover to the original clean, white design. Let’s take a look! 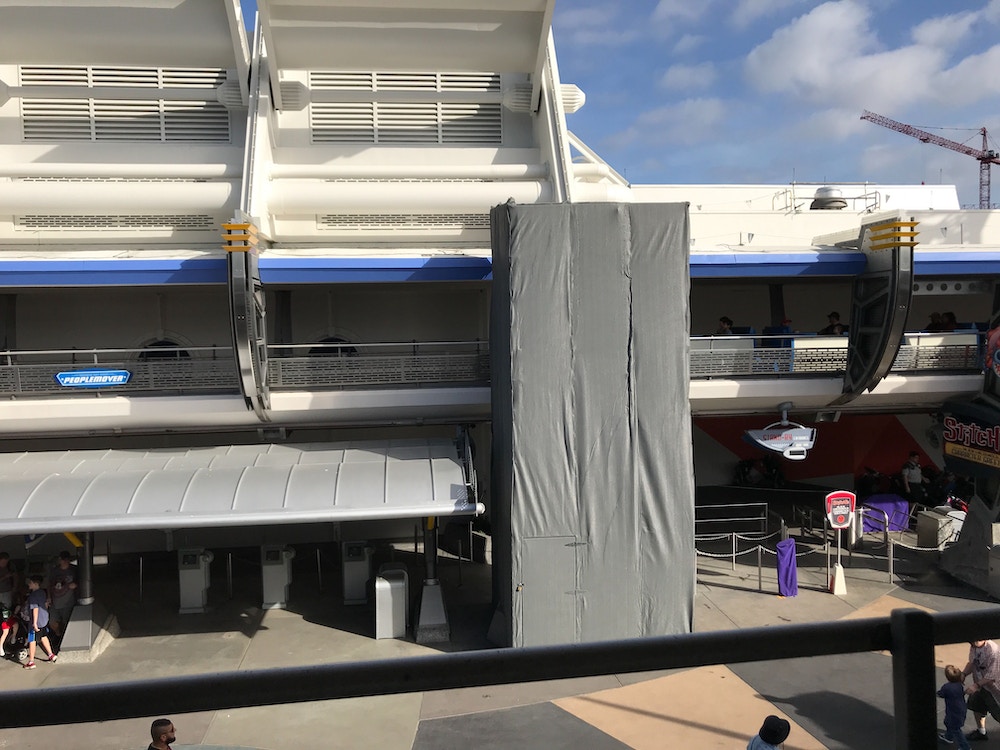 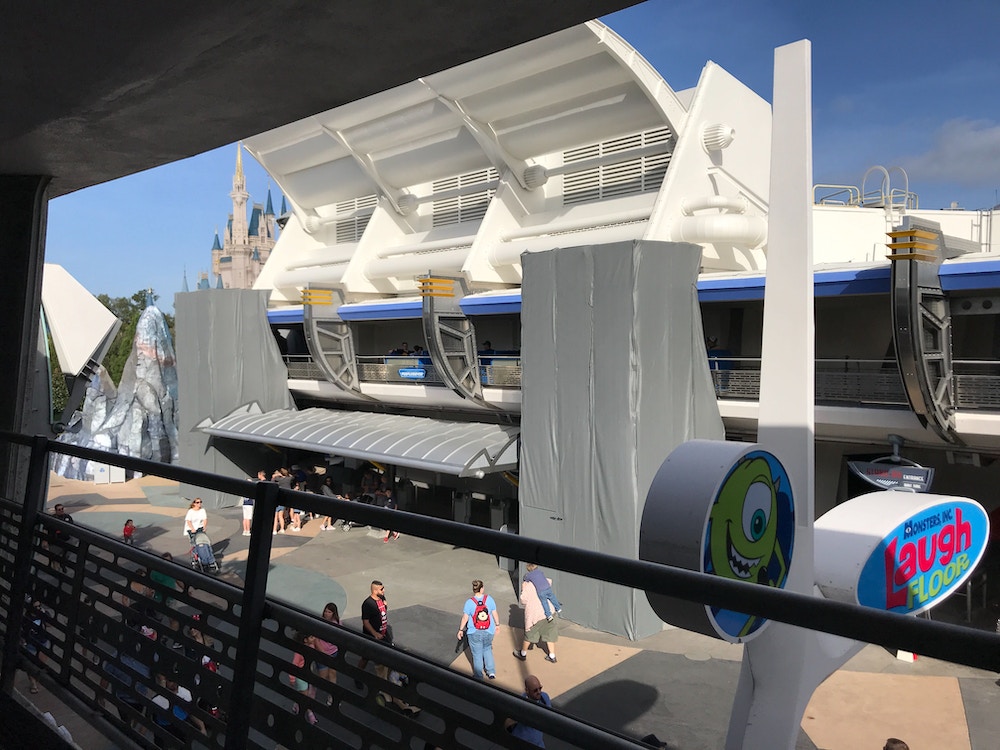 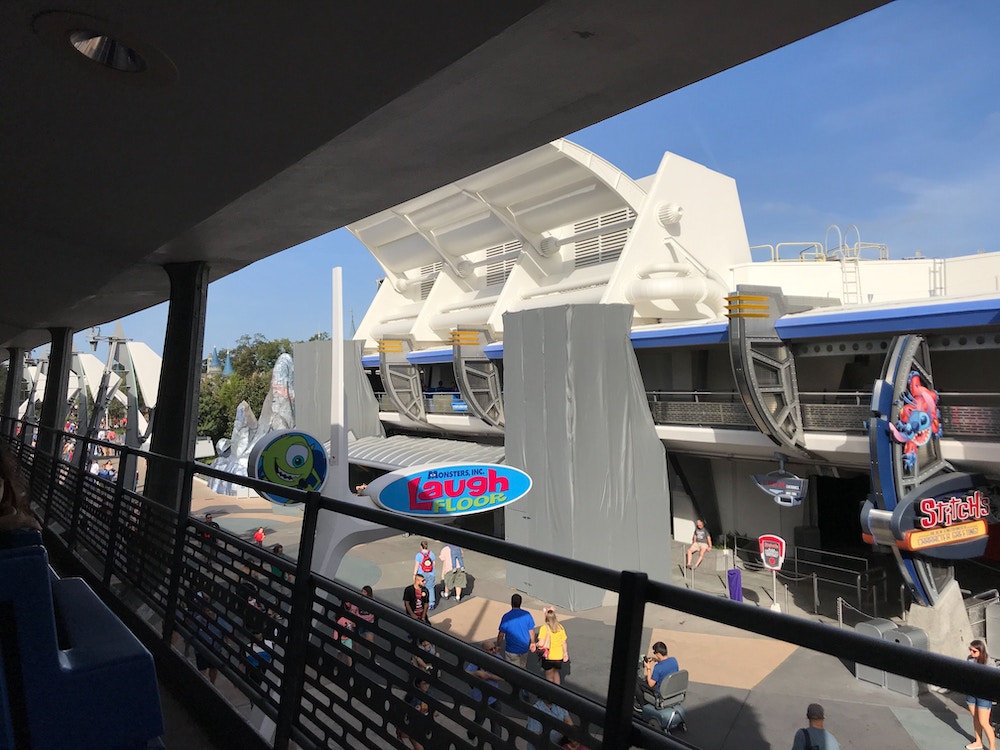 From the south side of the PeopleMover, you can see tall gray scrims hiding work on support columns to the north. Eventually, the gray metal “fins” you see in this photo will be removed. Eventually, we will only see simple white cement poles, reflecting the PeopleMover’s original theming. 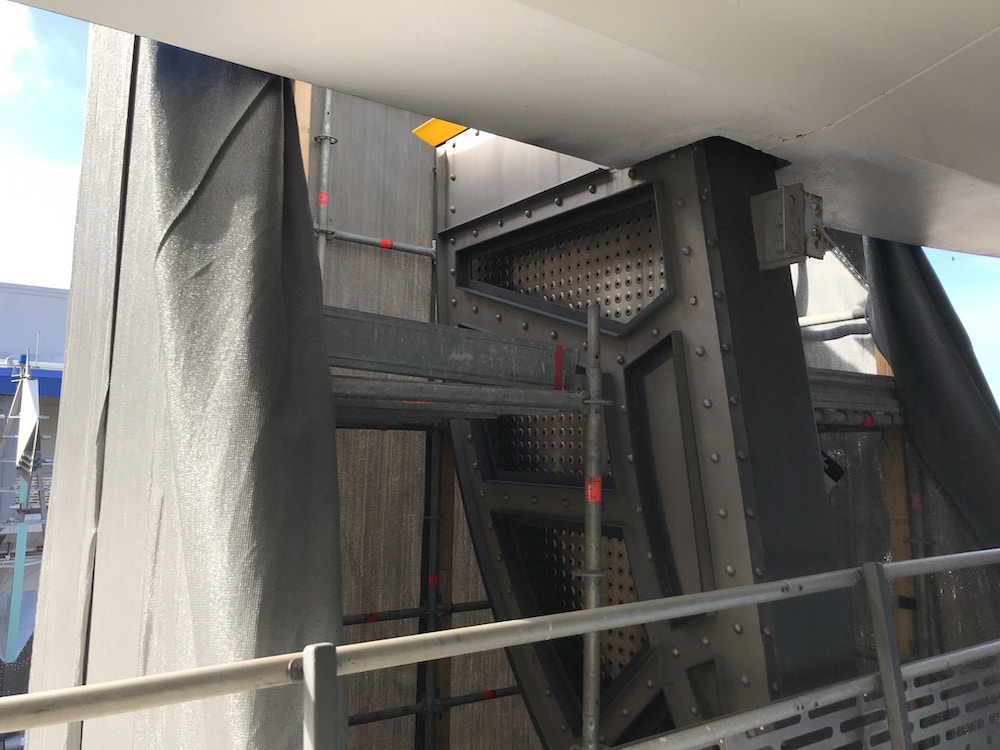 From behind the scrim, we can see that gray theming elements are still there. But we expect the removal to begin soon, given the invasive nature of the construction zone. 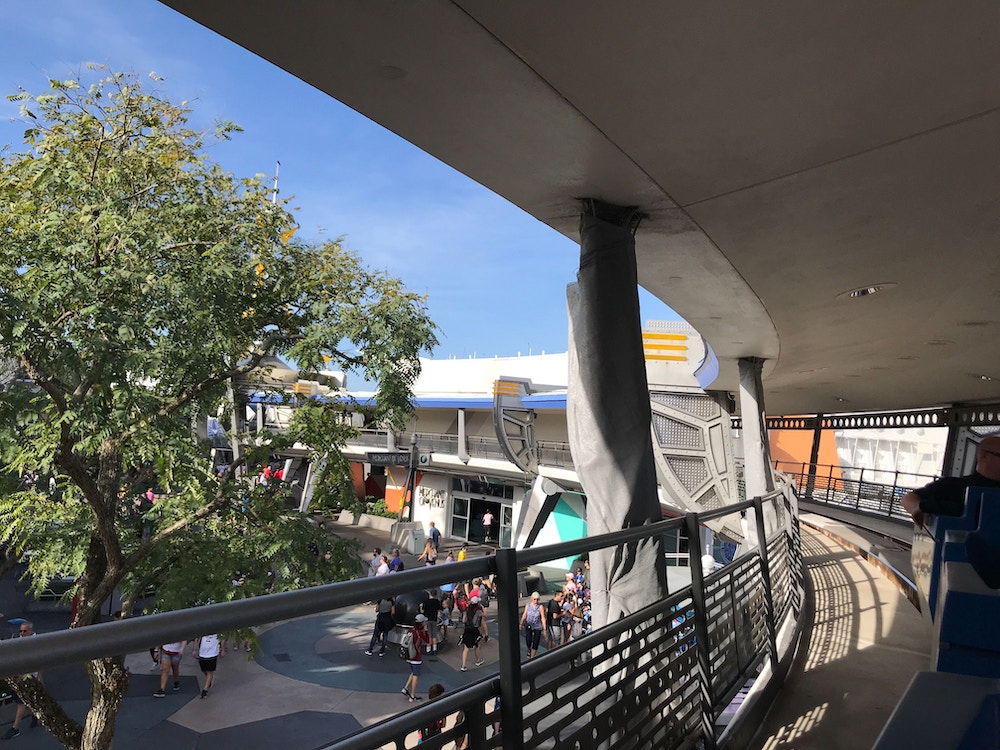 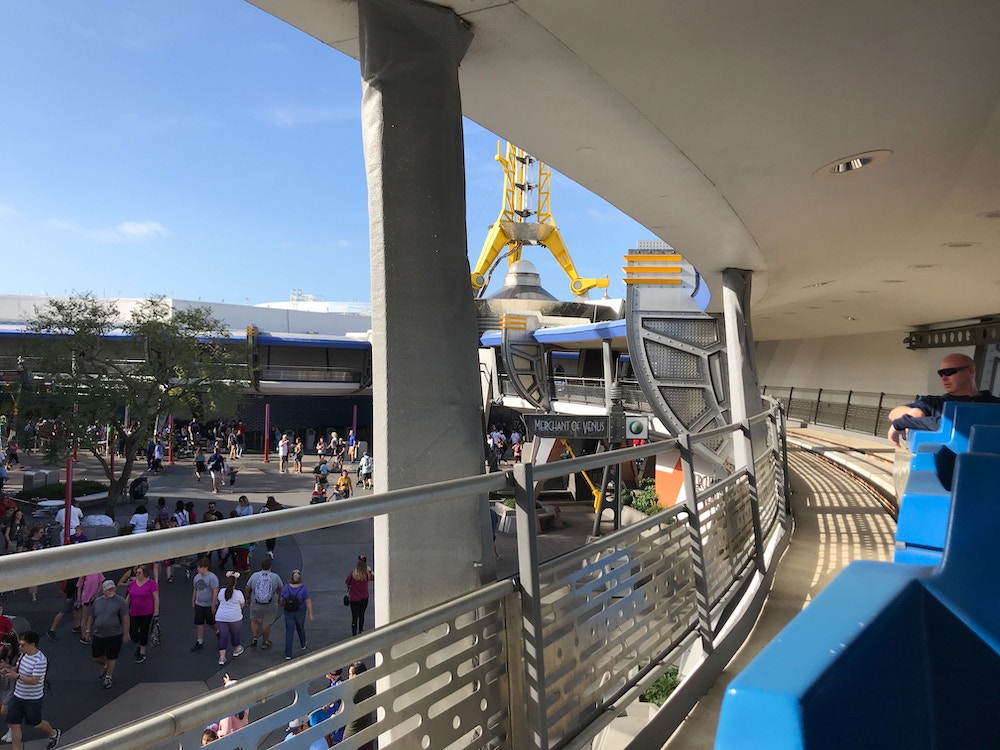 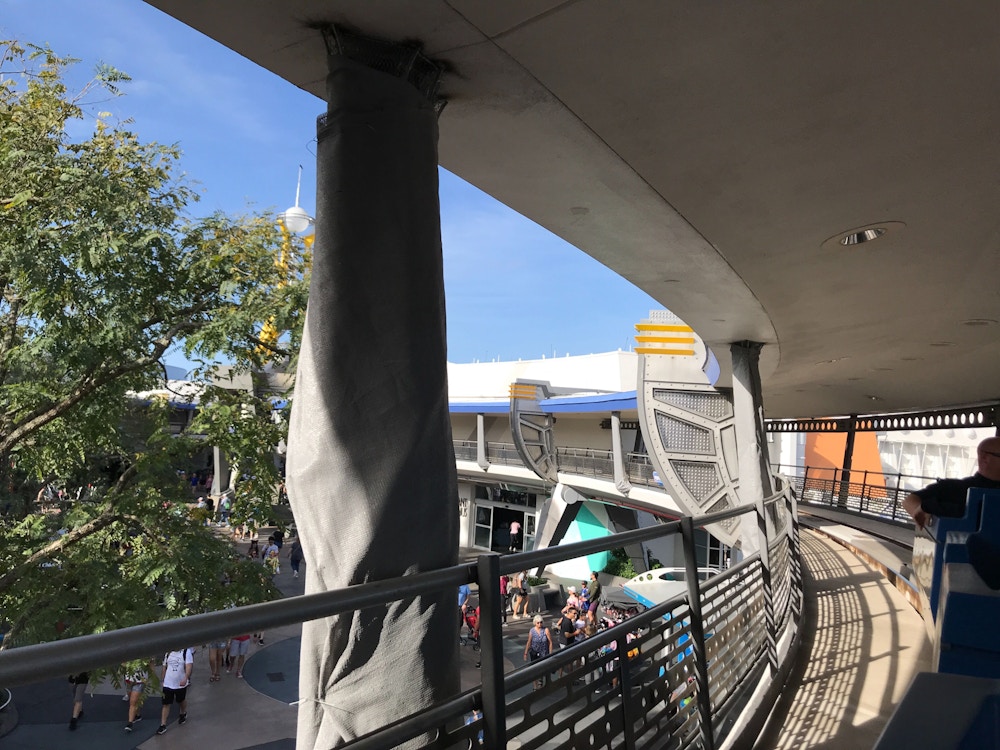 These poles in this gray covering already had their theming removed. Though the poles are under wraps, the shape and style of the original poles is clear. 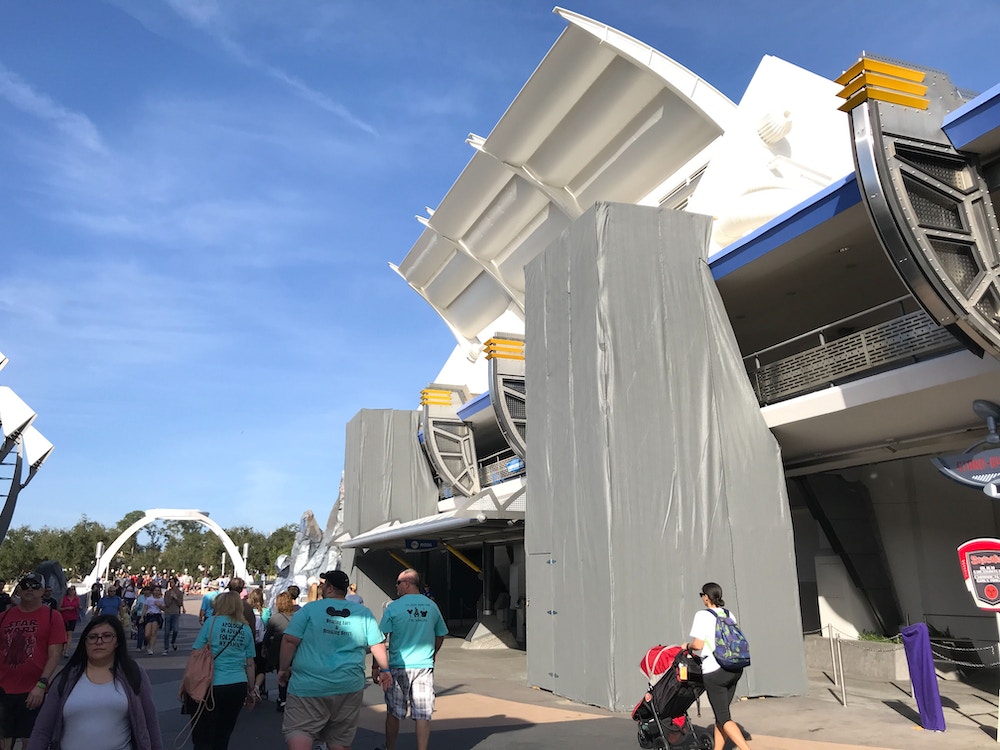 From ground level, you can see how large the scrims are. Both large scrims are on the side of Tomorrowland where Stitch’s Great Escape! used to be. 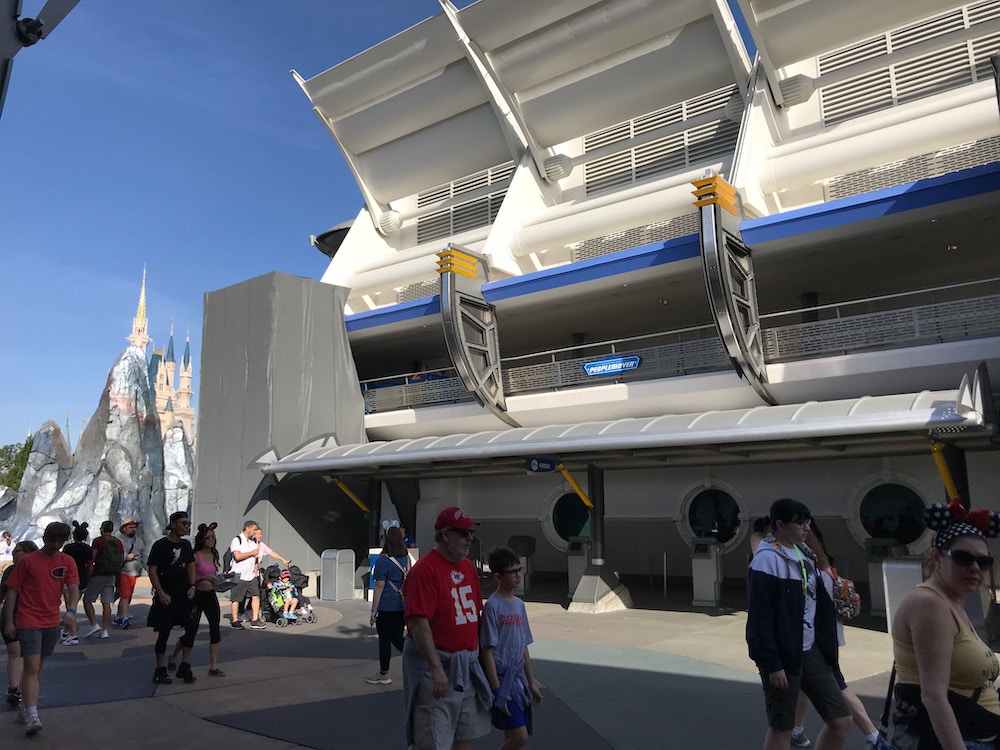 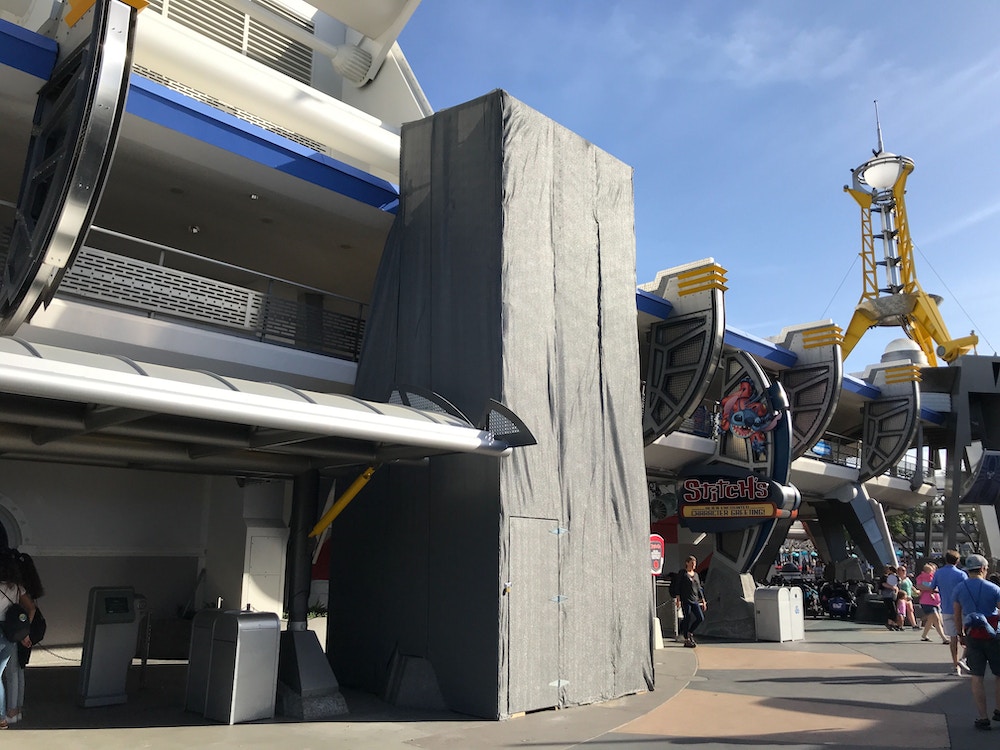 The scrims extend from ground level all the way to above the PeopleMover track. 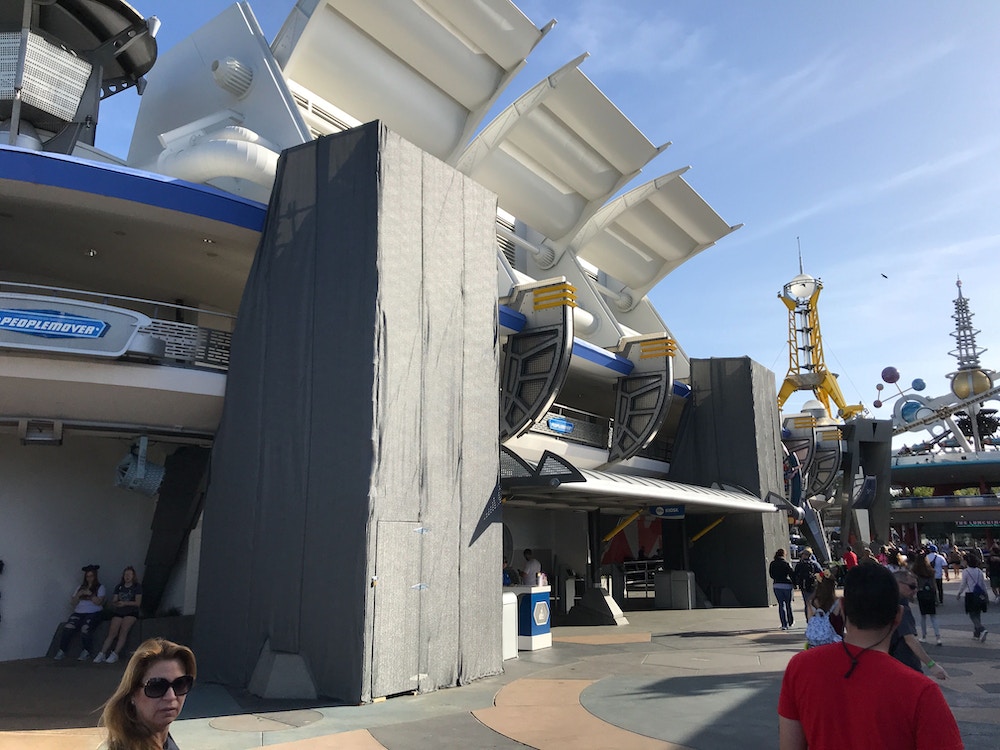 While we are glad to see Tomorrowland returning to a more simple and consistent theme, the scrims and construction work is quite invasive in the land.