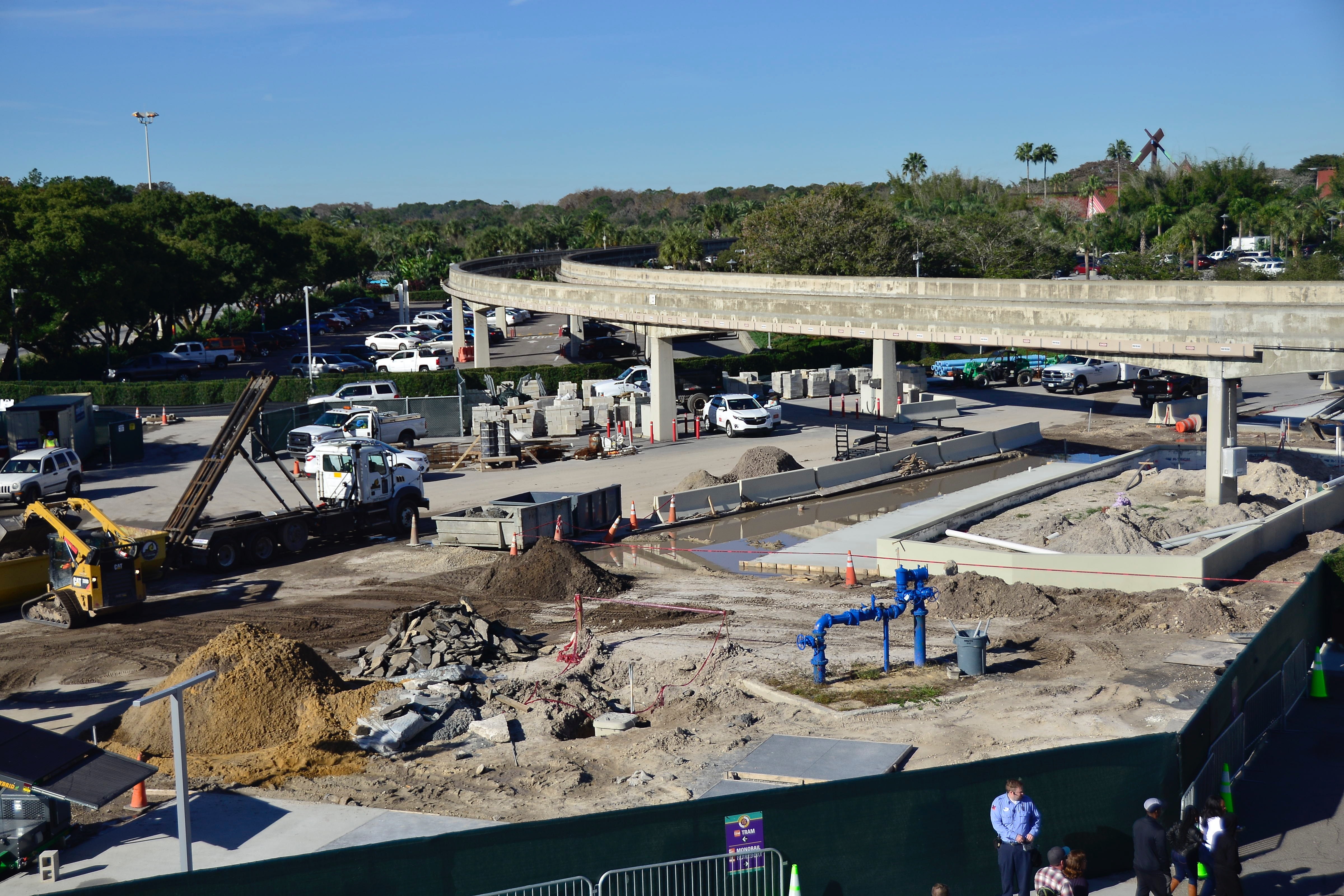 Work at Walt Disney World’s Transportation and Ticket Center (TTC) has been going on for quite some time now. In an effort to enhance the park entry experience, the area has seen a massive makeover, which will hopefully be completed soon.

Entry to the TTC has been clogged and surrounded with green construction walls for months. The walls are slowly but surely moving back to widen the walkway, though there are still large sections blocked off.

A large portion of the work in this area has been ripping up Walk Around the World bricks and replacing them with plain concrete. Much of the concrete work in the area is done or is nearing completion. Due to the recent heavy rain in Orlando, some of the areas have flooded, so concrete work has slowed. 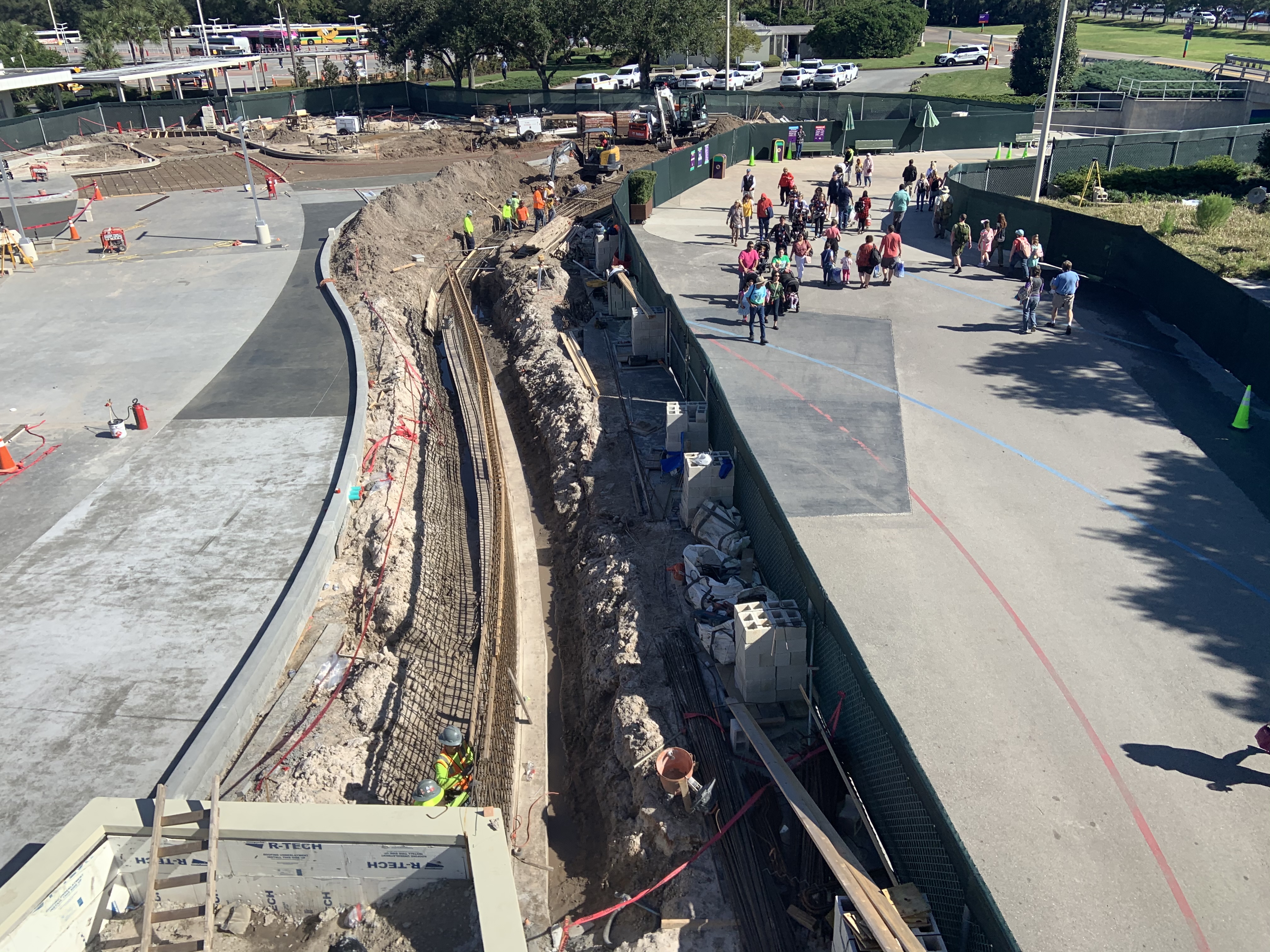 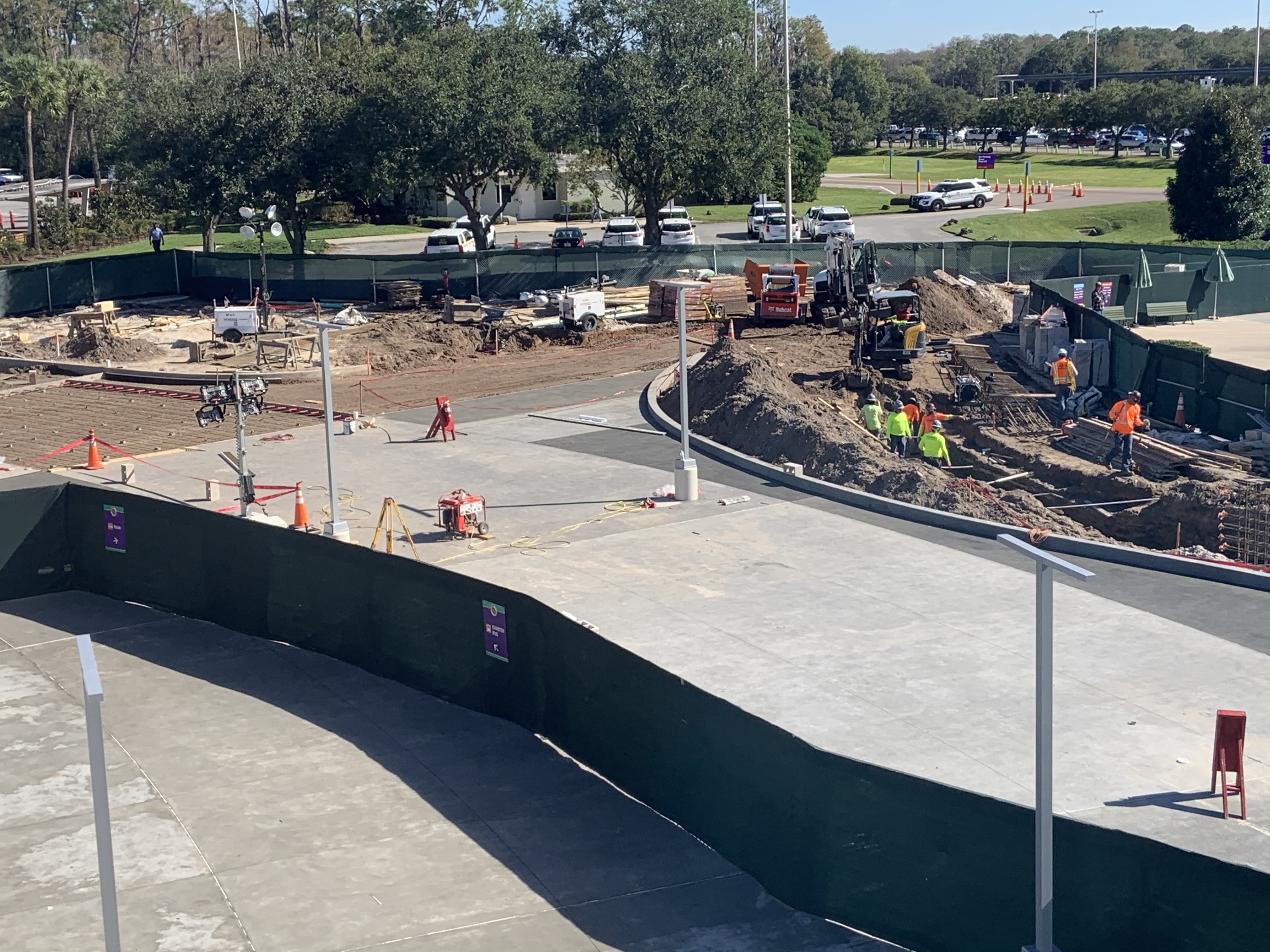 Several sections are still open dirt or have been fitted with rebar and are waiting for new concrete. 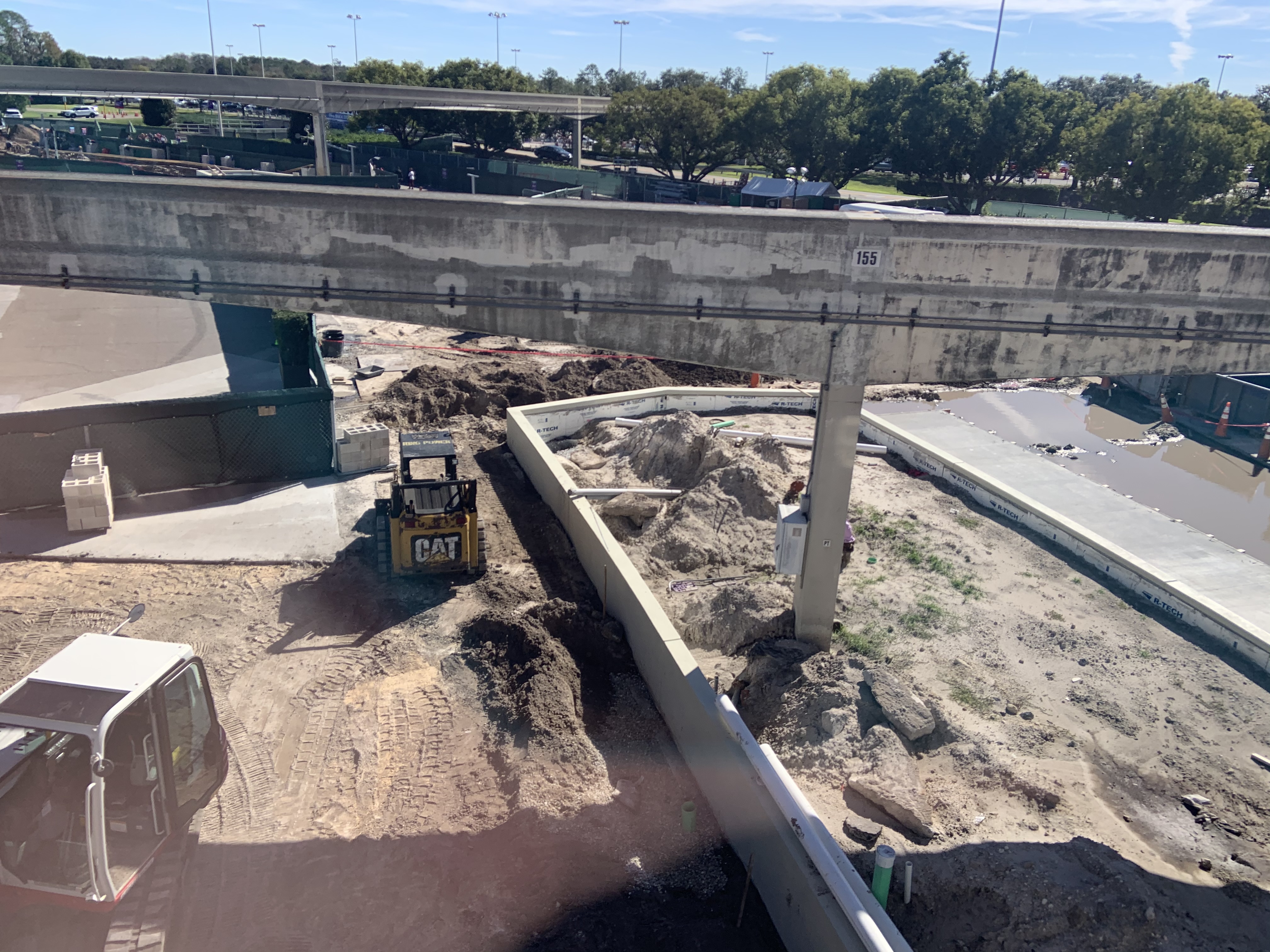 New planters have also been added to the area, which will hold beautiful plants that will enhance the look of the entrance plaza. 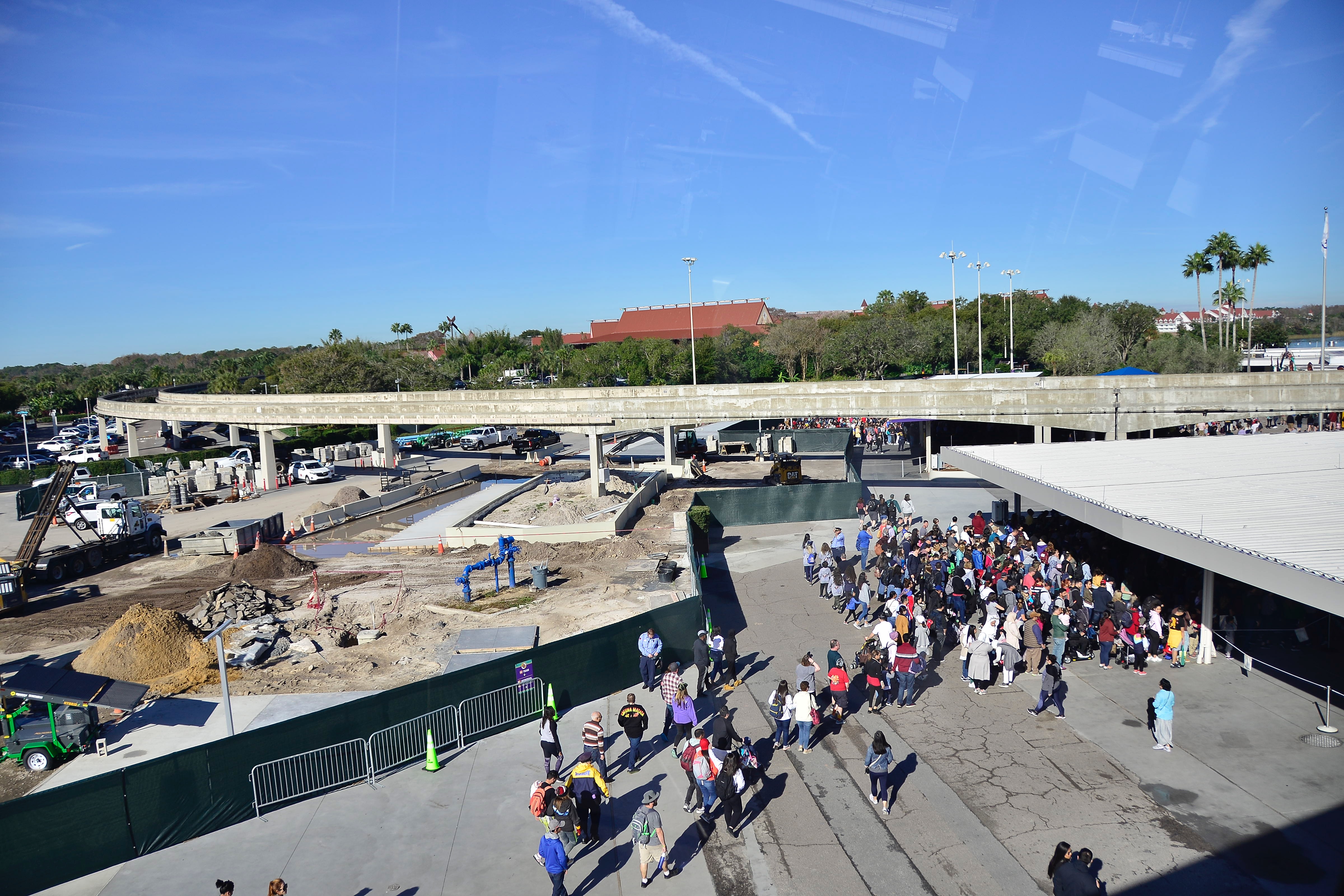 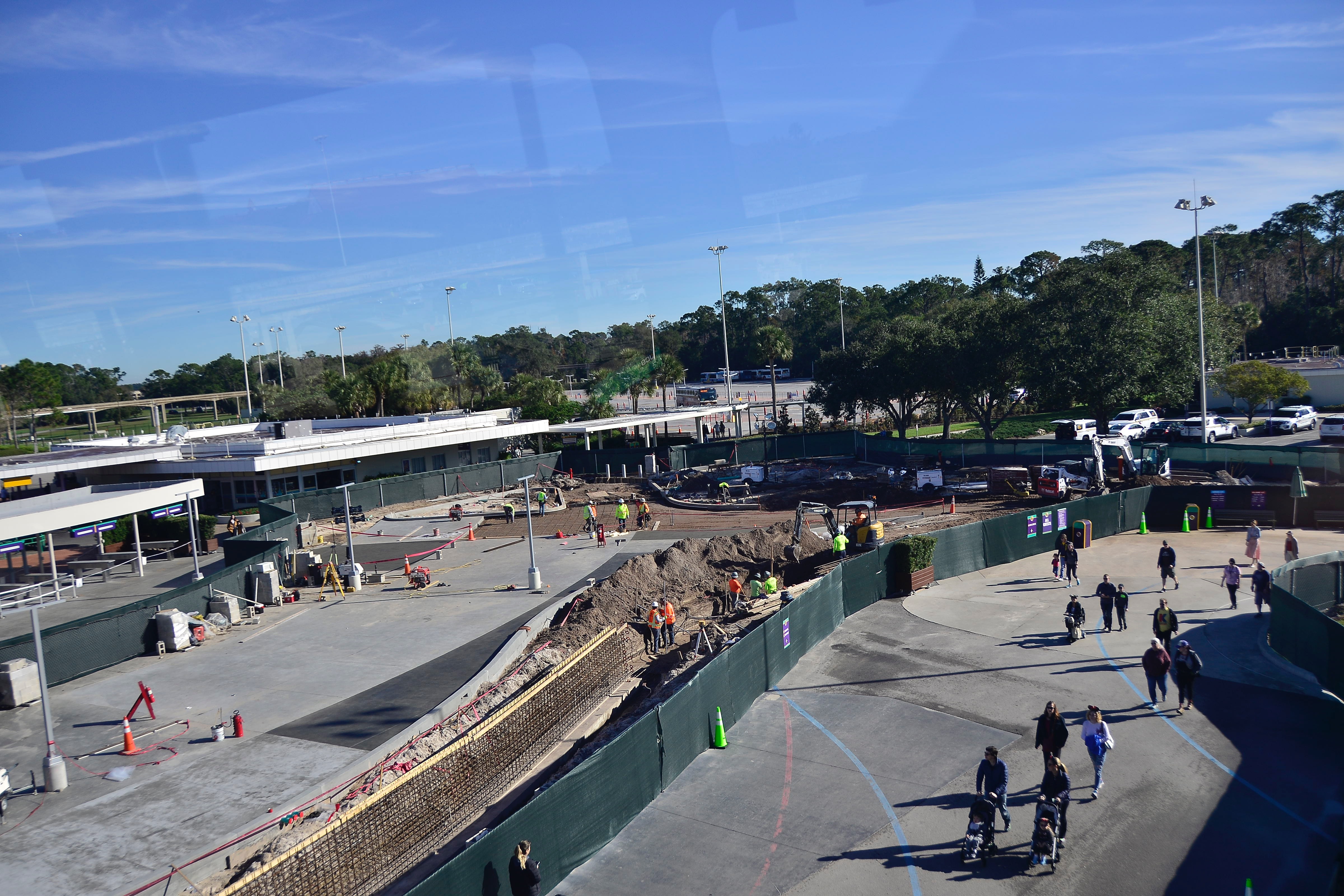 New security screening areas have also been added to accommodate growing guest crowds. One has opened and is being used daily, while the other appears to be completed, but has not yet been used.

While there is still much more work to be done, the light at the end of the tunnel can be seen! Soon we will all be able to run, skip, and spin our way into the TTC and on to The Magic Kingdom and EPCOT.

Keep checking back with WDW News Today for more updates on TTC progress!