This is a pretty exciting weekend here at Walt Disney World. Runners are here from around the world to participate in the latest RunDisney marathon. For those that have competed (and for those that just cheer from the sidelines), Pineapple Lanai at Disney’s Polynesian Resort has debuted a Blue Hawaiian Float. As the sign says, you earned it. 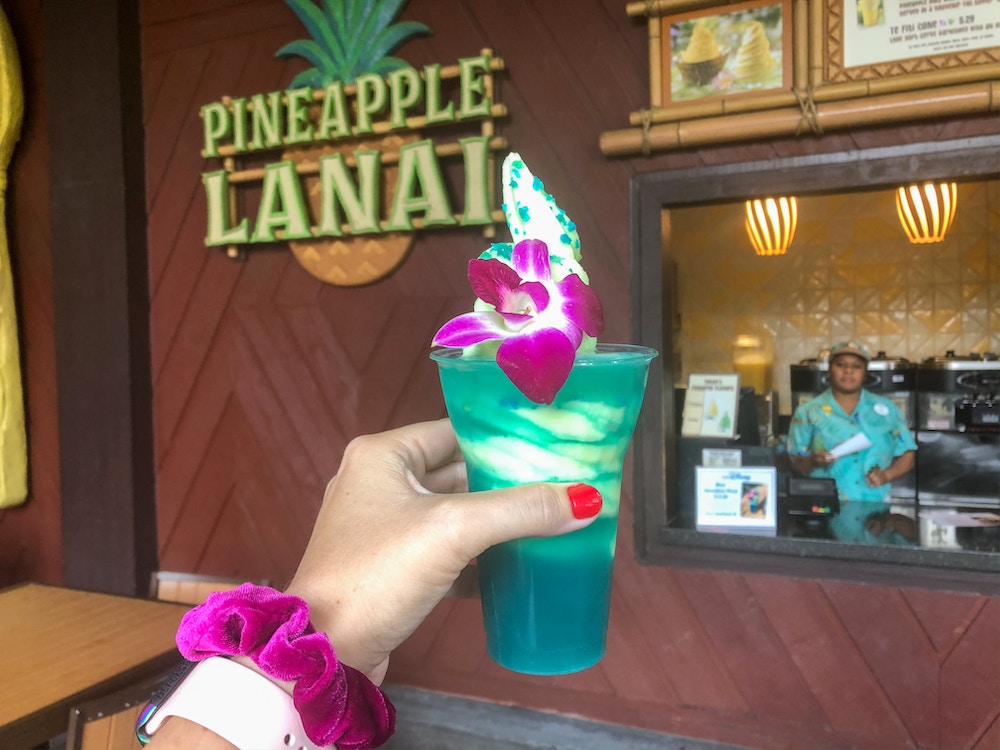 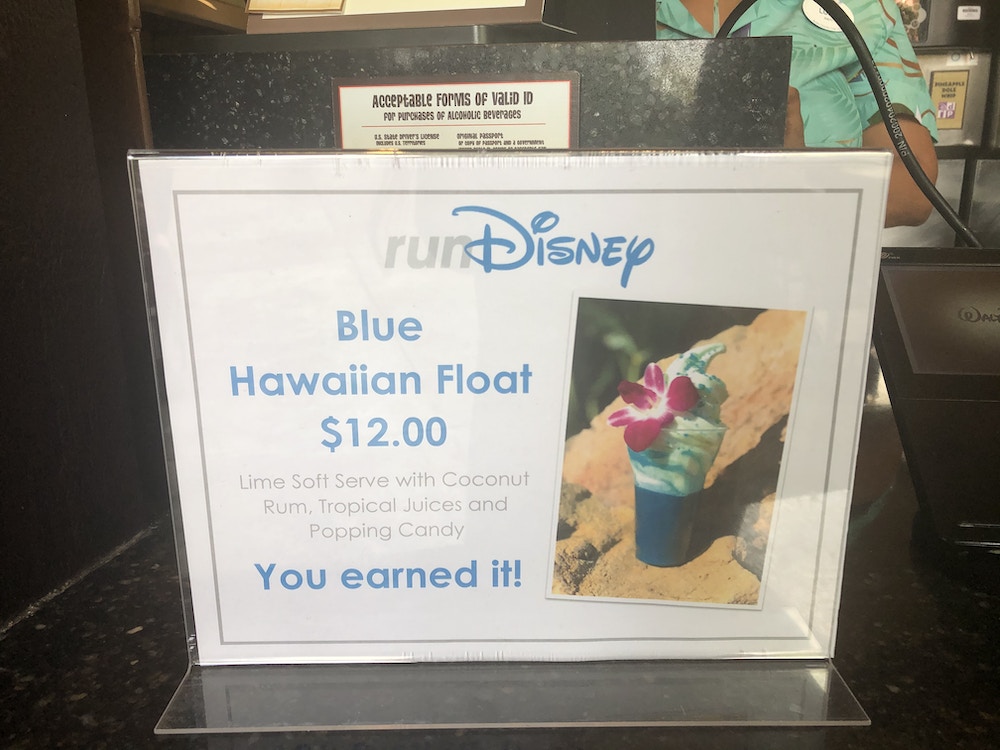 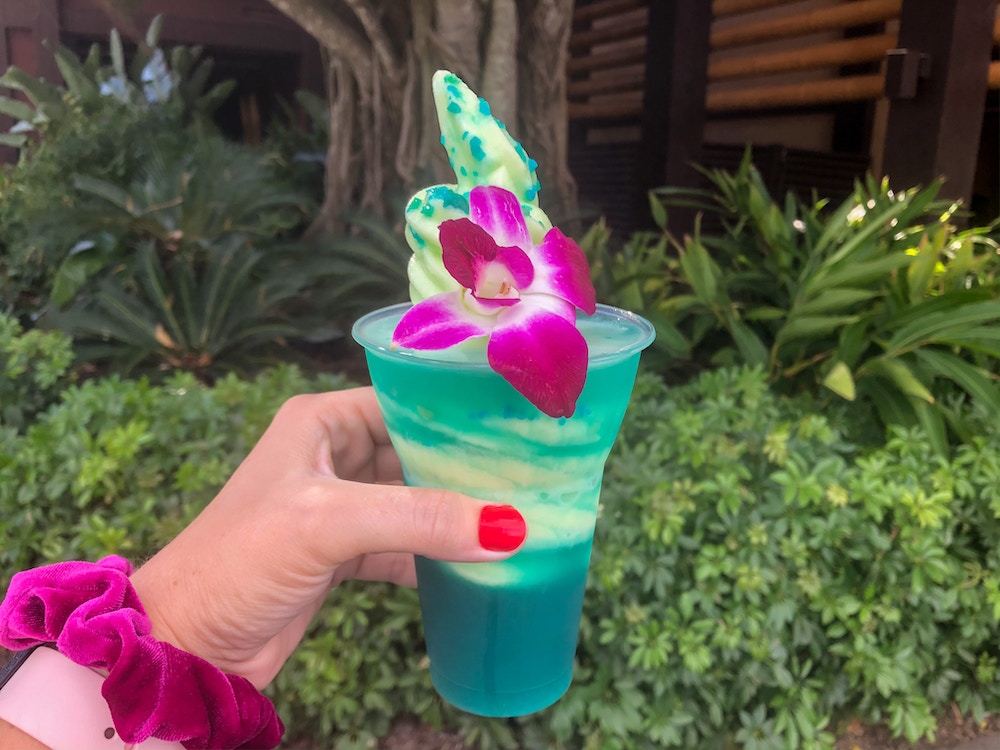 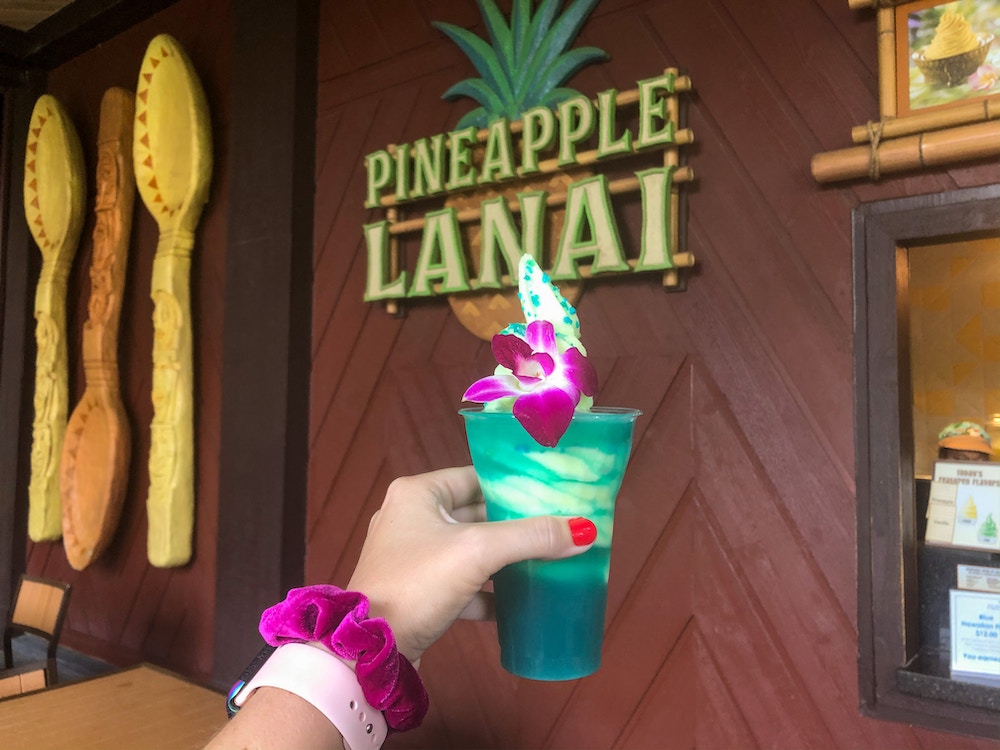 Blue “tropical juices” are mixed with Lime Dole Whip soft serve to create a wave of blue and green ocean colors. It’s even topped off with blue raspberry Pop Rocks Candy. You can hear it crackling before you even receive it. 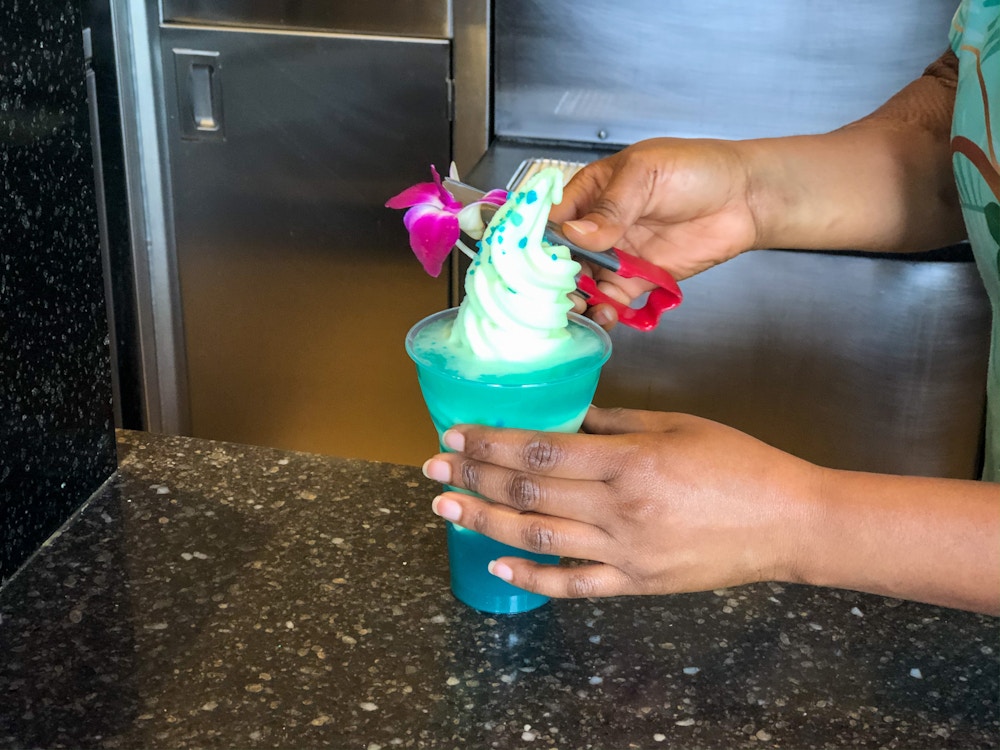 The whole thing is garnished with an edible hibiscus flower, just like in the Te Fiti Cone. 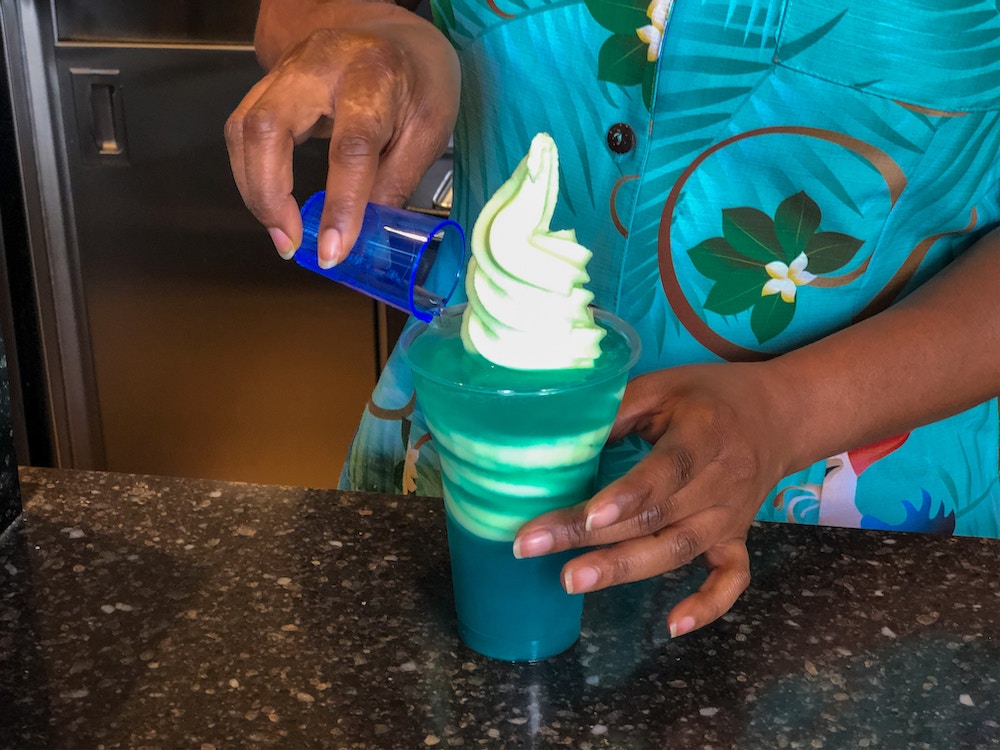 If you’re going for the alcoholic version, a shot of coconut rum will be added on the top. Be very careful, though. We spilled quite a bit as we tried to maneuver the crowds, so maybe take a few sips before you make your way back to the pool. 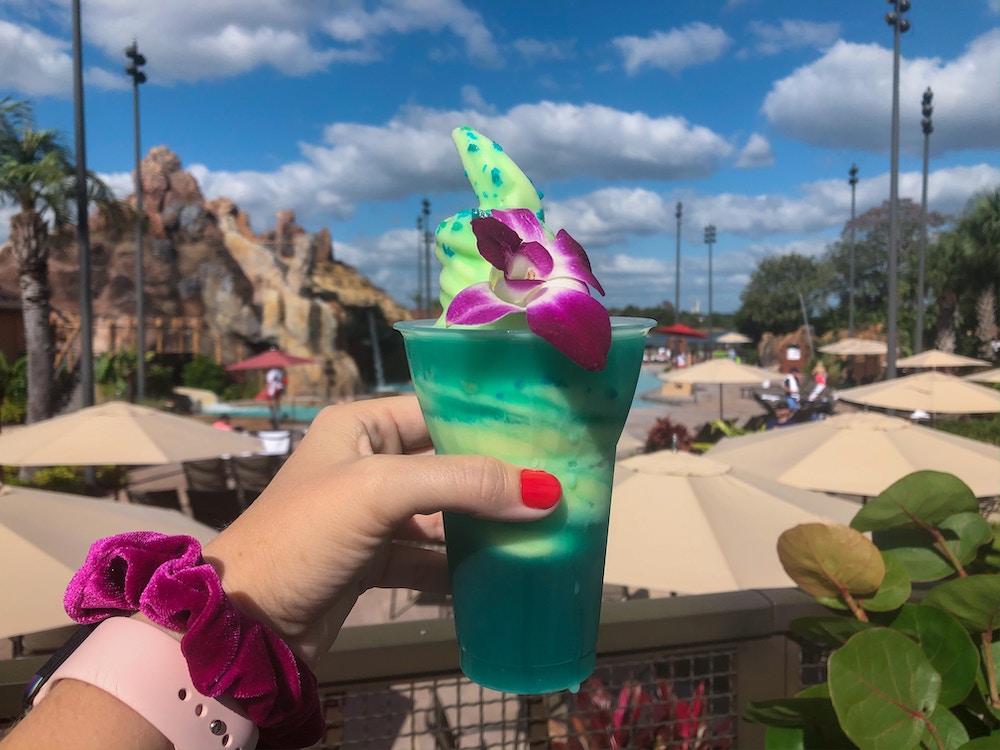 The tropical juices take a bit like pineapple with maybe some blue curaçao syrup. We asked, but the Cast Members didn’t really know what was in the juice. The bright blue color was interesting, though. The flavor of the lime Dole Whip came through pretty strong, but the juices complimented it perfectly. We tasted a lot of pineapple, lime, and even some blue raspberry. This was perfectly refreshing, even on a breezy January afternoon. And of course, that coconut rum hit the spot after a long day at the Magic Kingdom! 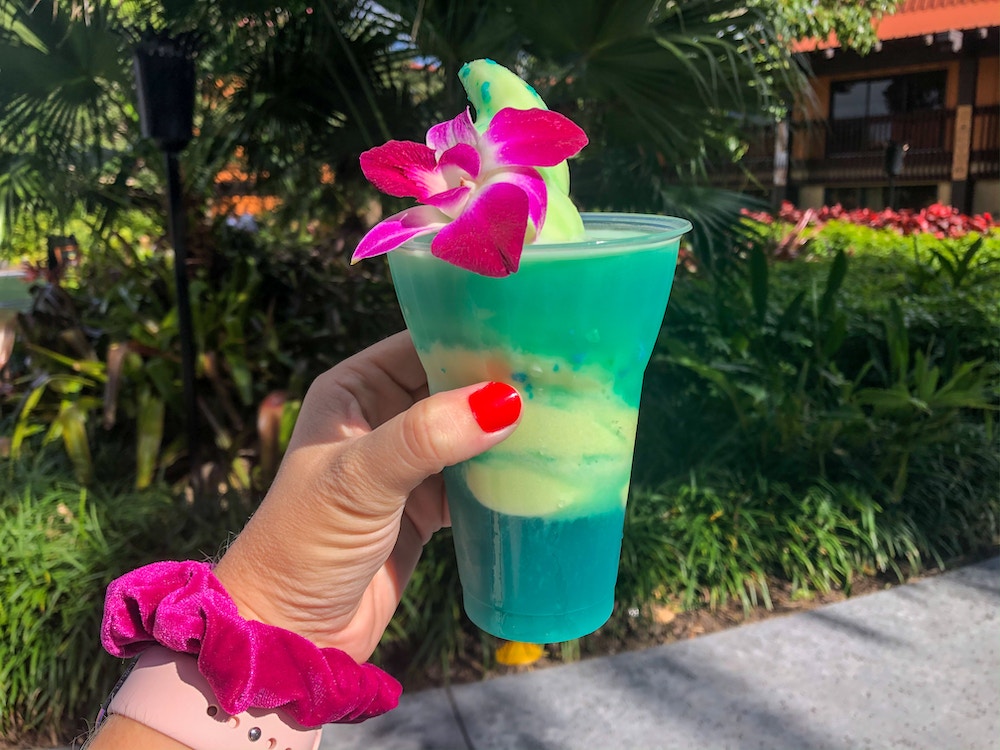 This Blue Hawaiian Float will be available through the marathon weekend, but we hope it sticks around a little longer. Will you be running over the Disney’s Polynesian Resort for this Dole Whip float?