Nostalgia is a huge driver of Disney Parks merchandise worldwide right now. So much so that this winter’s special event at Tokyo Disneyland celebrates past entertainment at Tokyo Disney Resort. Very Very Minnie is on from January 10th through March 19th, and there’s tons of food to explore, so let’s go! 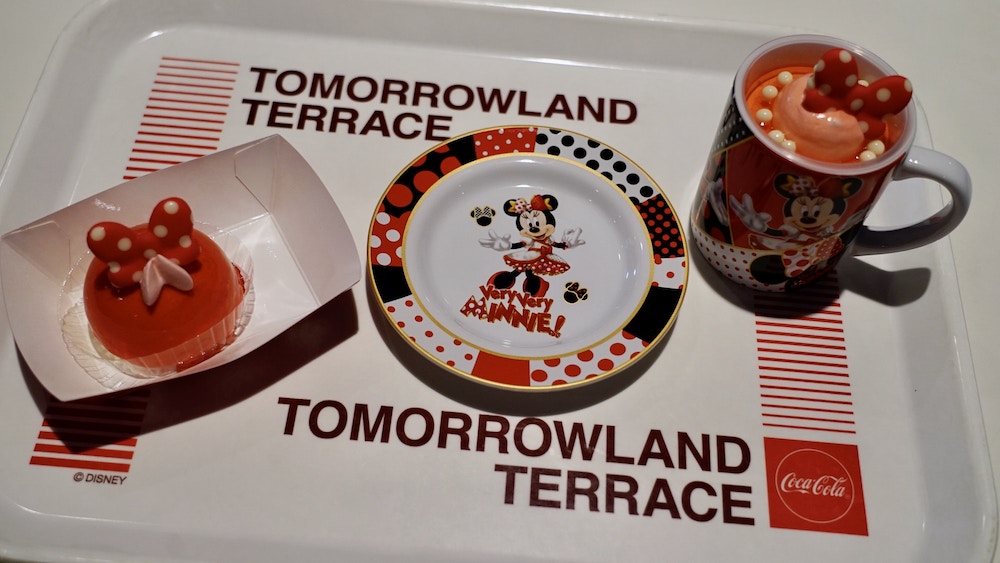 Every event at Tokyo Disney Resort features two small desserts with souvenir serveware. There’s always a pudding with a small mug, and a cake or mousse with a small dessert plate. Sometimes the designs are memorable, sometimes not so much. But for Very Very Minnie this year, the mark was definitely hit on both the desserts and the designs! Let’s take a closer look at both, and we’ll give you our thoughts. Before we begin, we should note that these desserts were very kindly given to us by Tokyo Disney Resort for review. 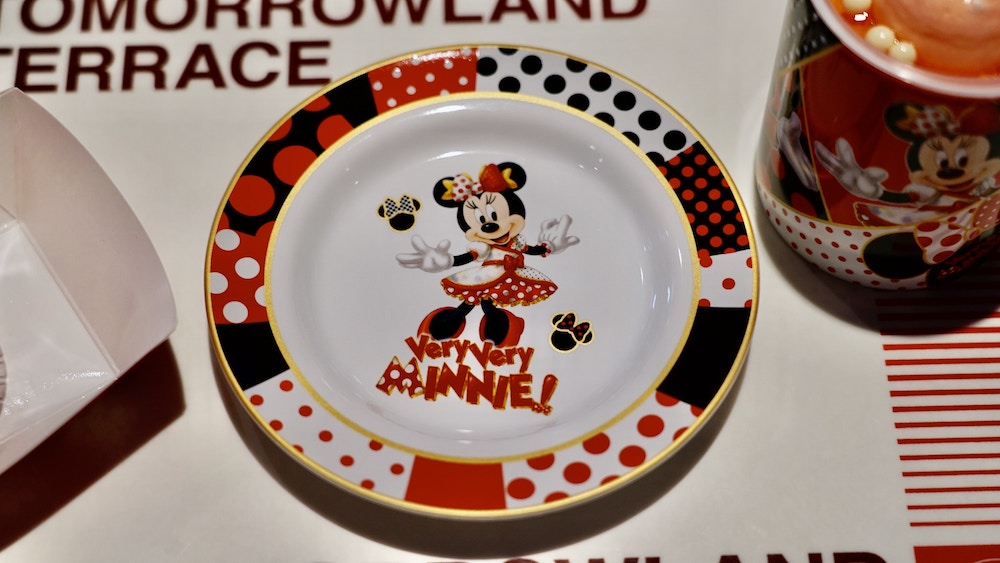 Since it’s Very Very Minnie, the dessert comes with this cute Minnie-centric plate. Featuring the mouse herself in the center and polka-dot motifs along the edges, this plate is adorable and matches the theme well! 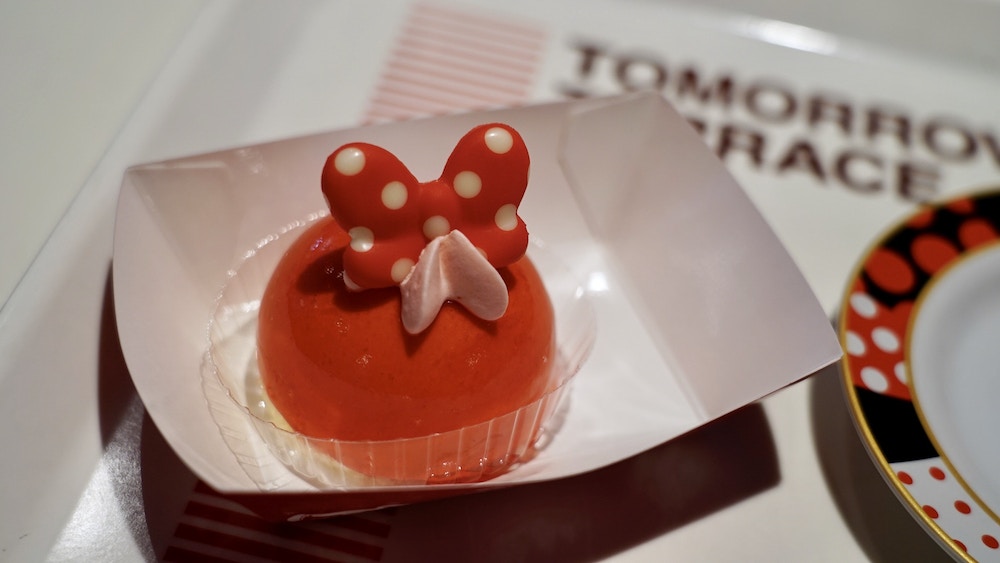 And speaking of matching the event, the dessert does that as well! Topped with a white chocolate bow, this sweet dollop of cranberry/vanilla mousse is another welcome addition to TDR’s echelon of sweets. But here’s the thing about anything cranberry flavored: it drowns out everything else. If any of you are cranberry juice drinkers, you’ll know that mixing it with anything gets out of hand quickly. It’s not bad by any means, but the neutral vanilla really doesn’t get to stand out next to acidic cranberry. Nonetheless, I’d still eat this again, especially for the plate! 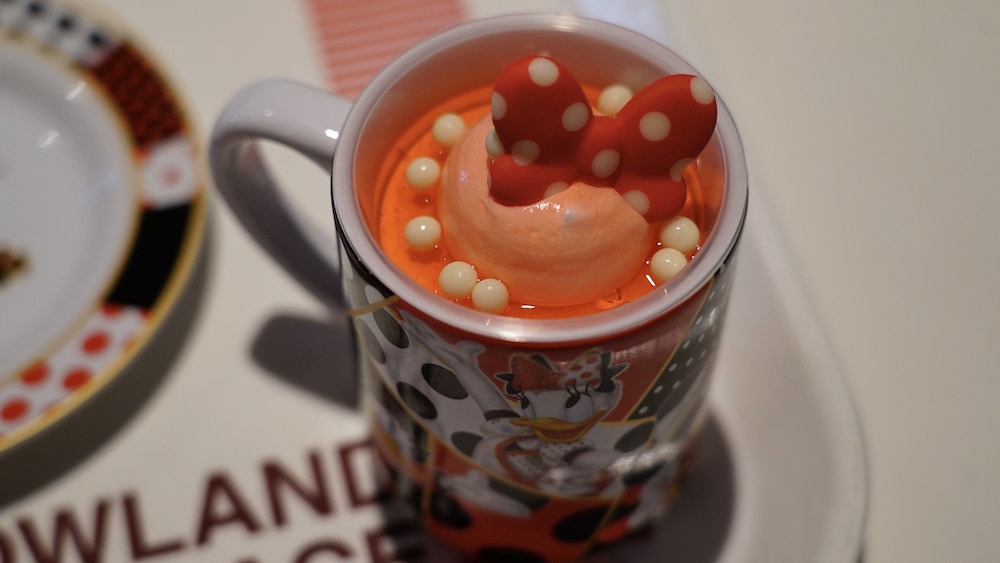 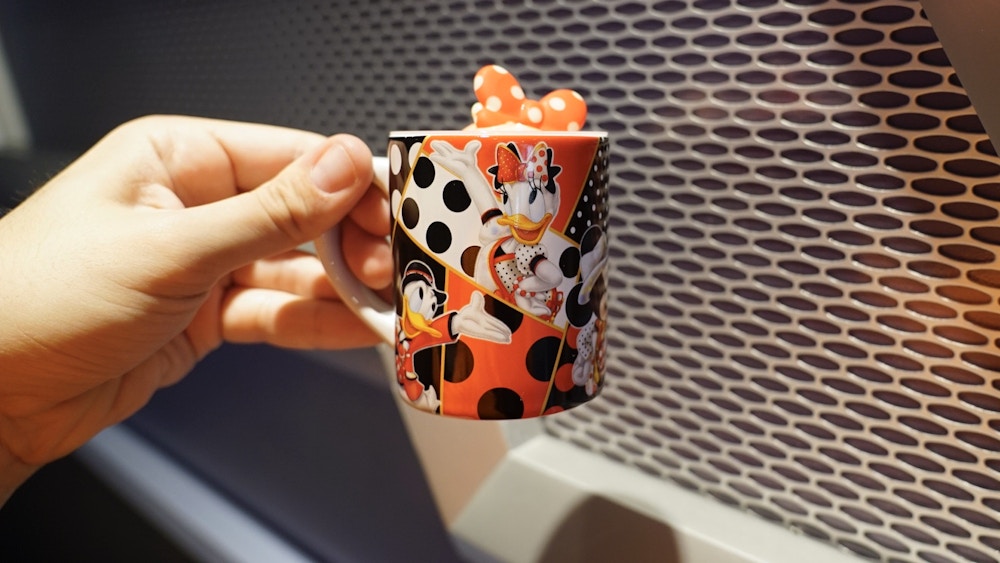 I’m admittedly a bit of a hoarder of these cups. I’ve got several more than I’d like to admit, actually! This design features the Disney friends in their It’s Very Minnie! costumes alongside polka dot motifs themed to Minnie Mouse herself! This is definitely one I’ll have to come back and get for myself. 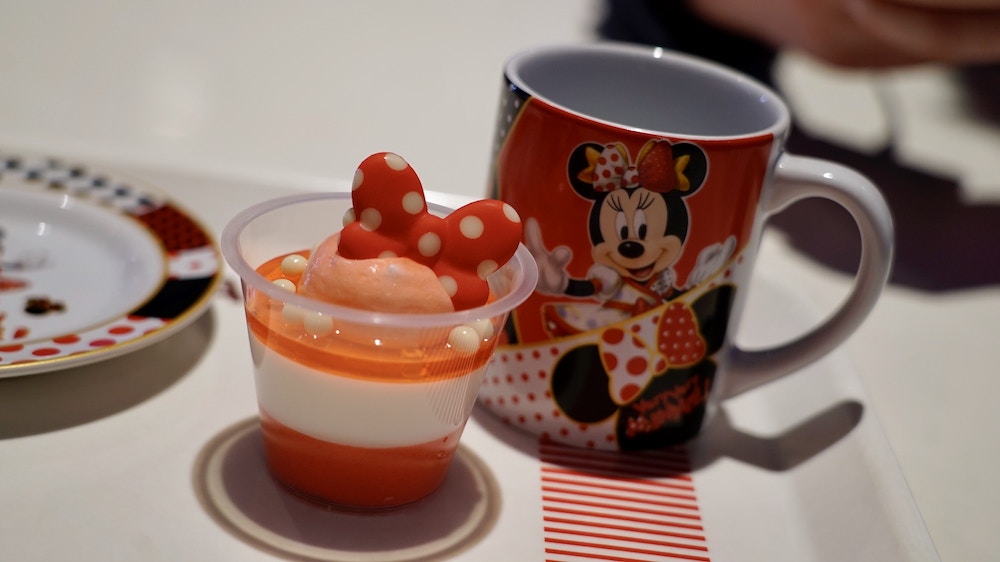 This one is also topped by a very sweet white chocolate bow! It’s the little things, ya know? The top layer of syrup there is a raspberry topper, which helps bring a little more flavor to the yogurt layer. The white layer isn’t actual yogurt, just a light yogurt flavor. And on the bottom? A strong raspberry mousse flavor. That’s one of the things about TDR sweets is they hit two very different ends of the spectrum. Either they’re very, very sweet, or it’s a subtle note that’s harder to immediately pick up on. The raspberry hits the very, very sweet end of the spectrum. Being a fruit person with a huge sweet tooth, I can’t say I mind it too much! The dessert is good, but the cup is what really sells this one.

Both of these desserts are available at select counter-service restaurants across Tokyo Disneyland through March 19th or while supplies last! Considering how merchandise has been selling, I’d expect these to be gone sooner rather than later. Stop in while you can!