It’s time to see what’s programming over at the TRON Lightcycle Run construction site in Tomorrowland. In the past month, we had the surprise reveal of an attraction sponsor, Enterprise Rent-A-Car, when a ride vehicle photo op appeared outside of Tomorrowland Light & Power Co. We also saw the first section of wall installed on the attraction’s show building. Let’s see what’s been going on in The Grid since our last update. 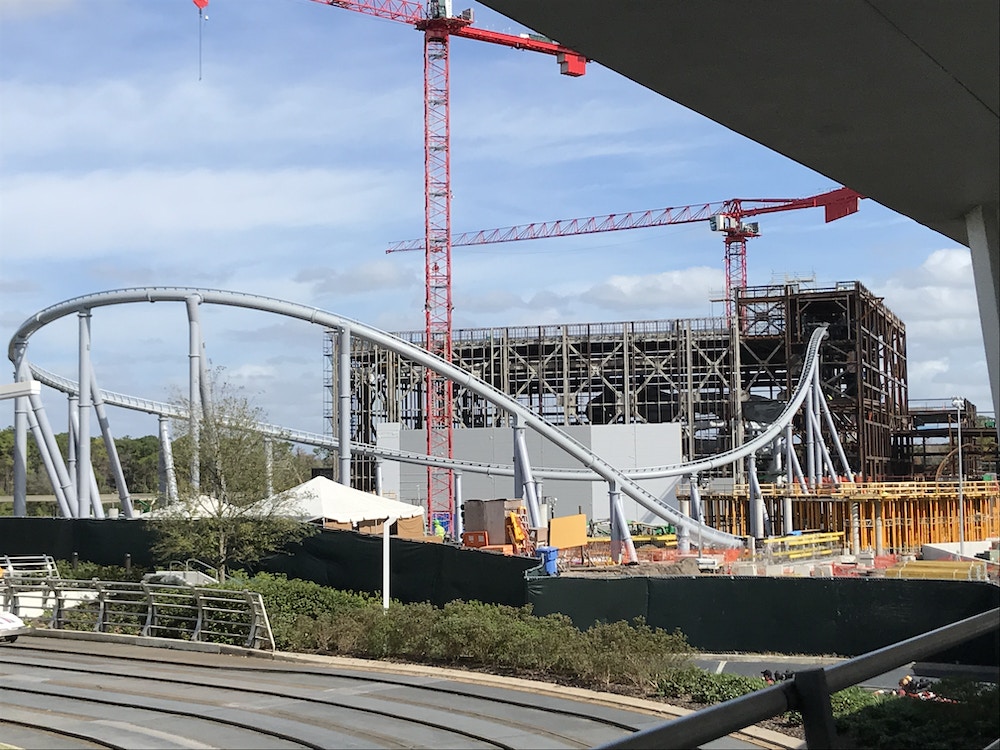 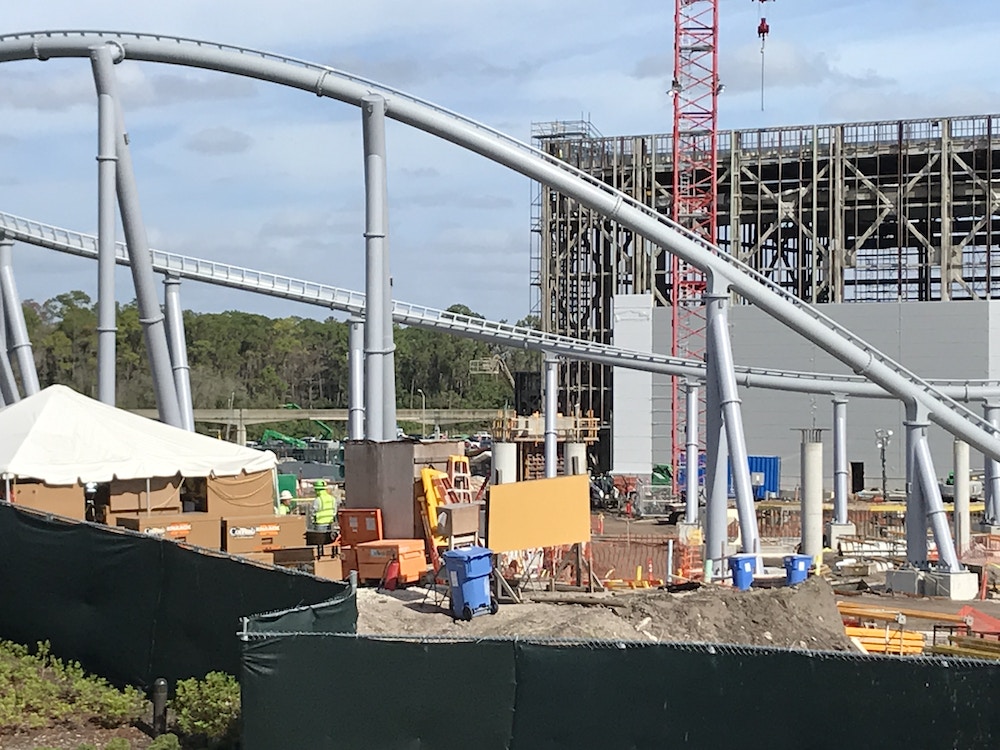 On the edge of the construction site, building materials are being stored and staged. Concrete and rebar pillars now rise up amid the exterior coaster track. Notably, a large area of the attraction’s show building is now covered in wall panels. Work has progressed quickly on enclosing the building in the past few days. 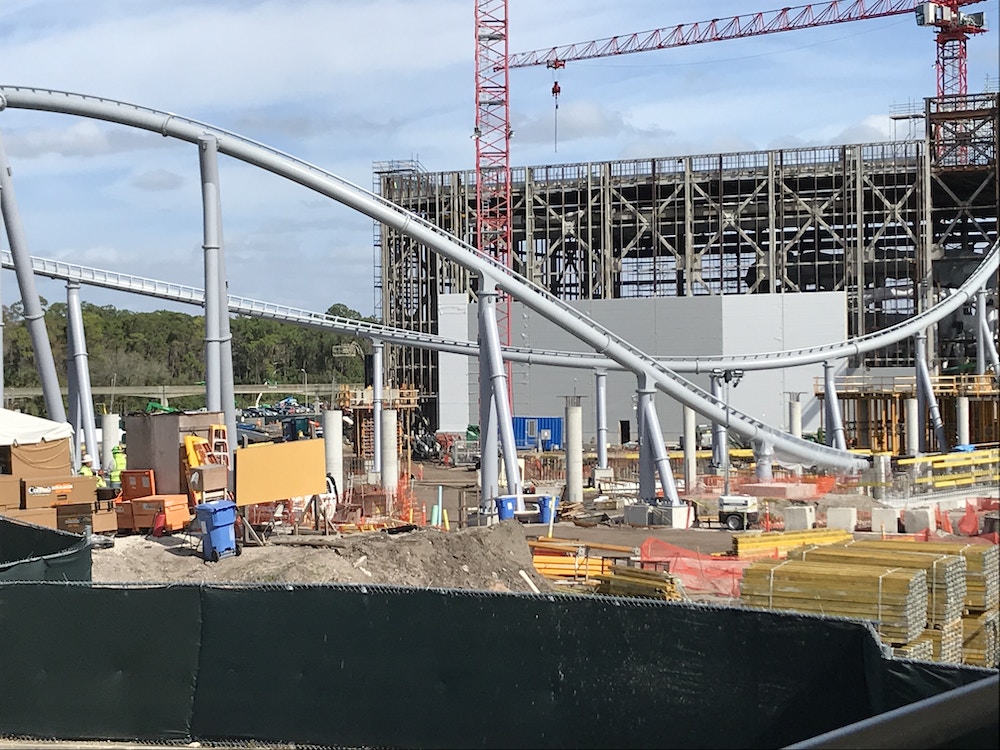 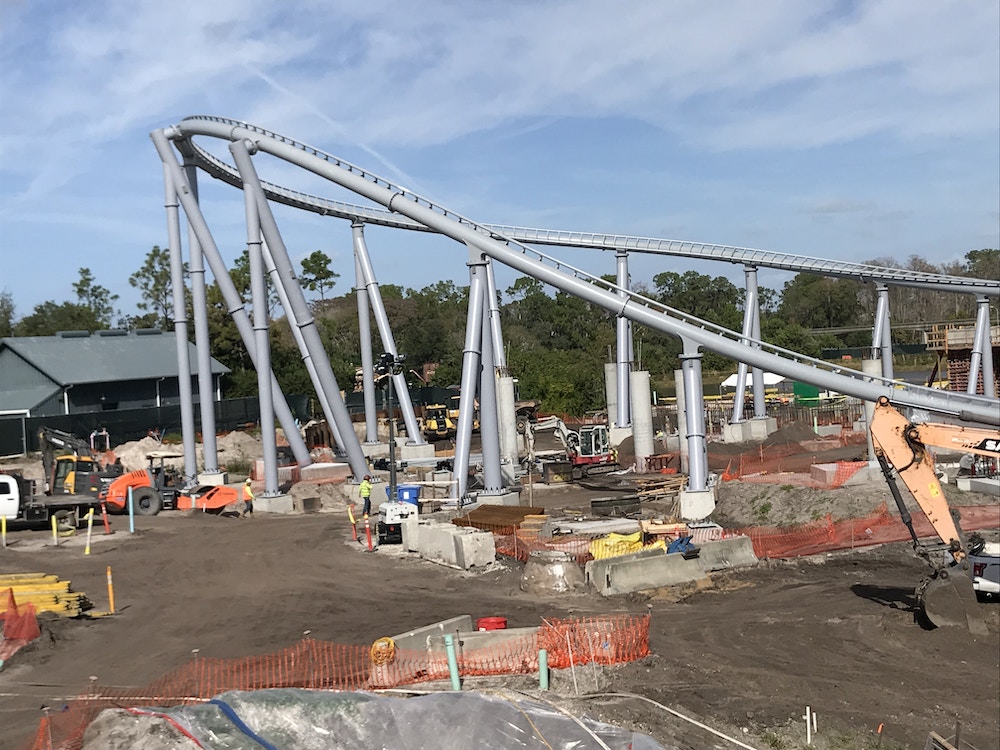 Large amounts of excavation has happened around the exterior track and now the ground has been leveled and smoothed. 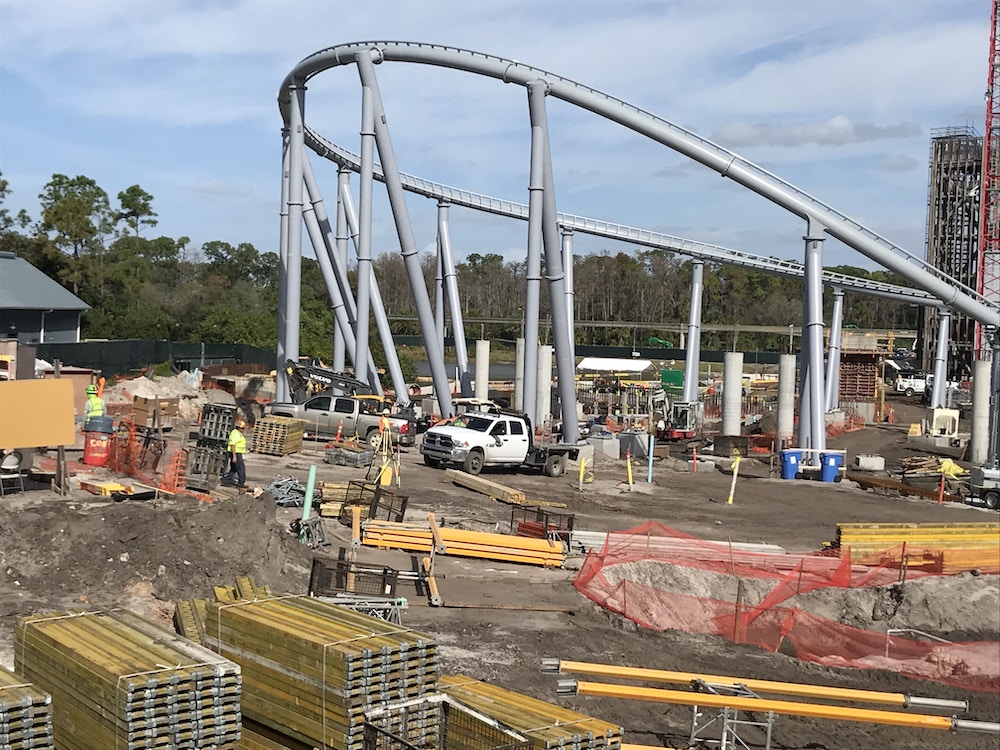 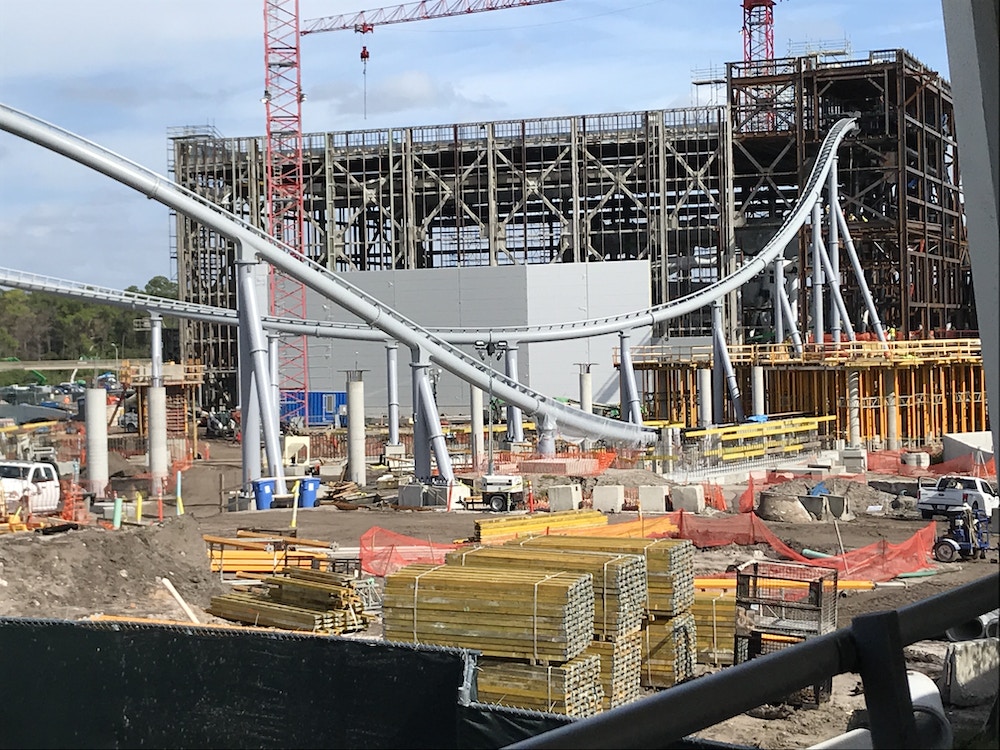 Numerous yellow poles have been placed around the coaster’s launch section. It appears that a couple of pillars have been erected between the yellow poles. The poles seem to be supporting a platforms of sorts. Temporary railing lines the platform and a distant construction worker was seen working up there. 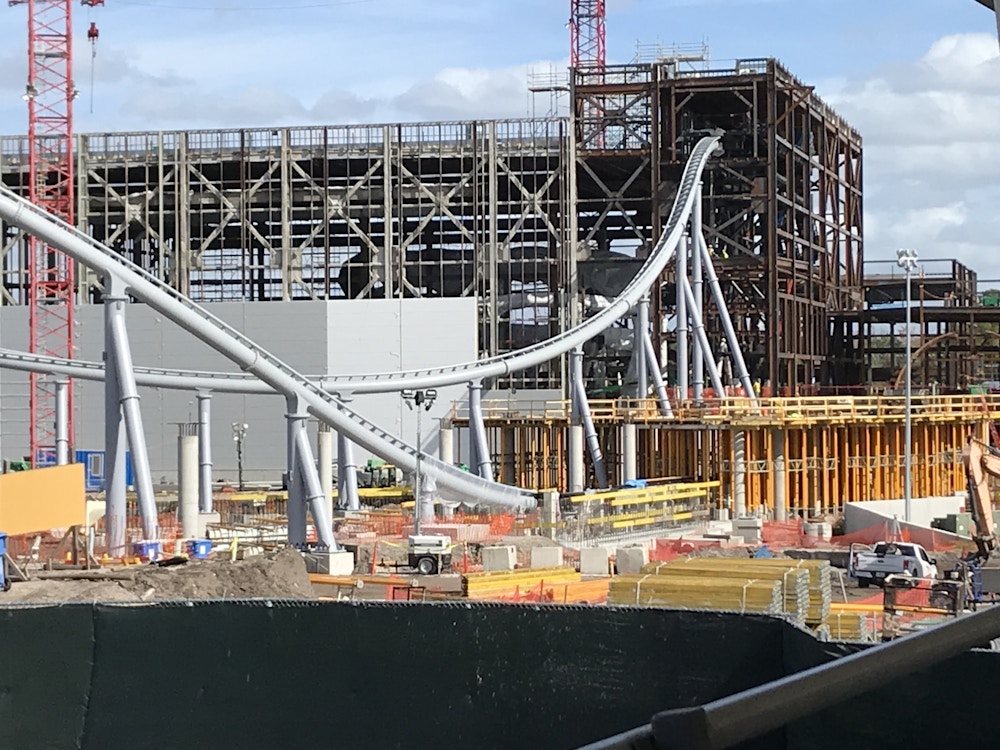 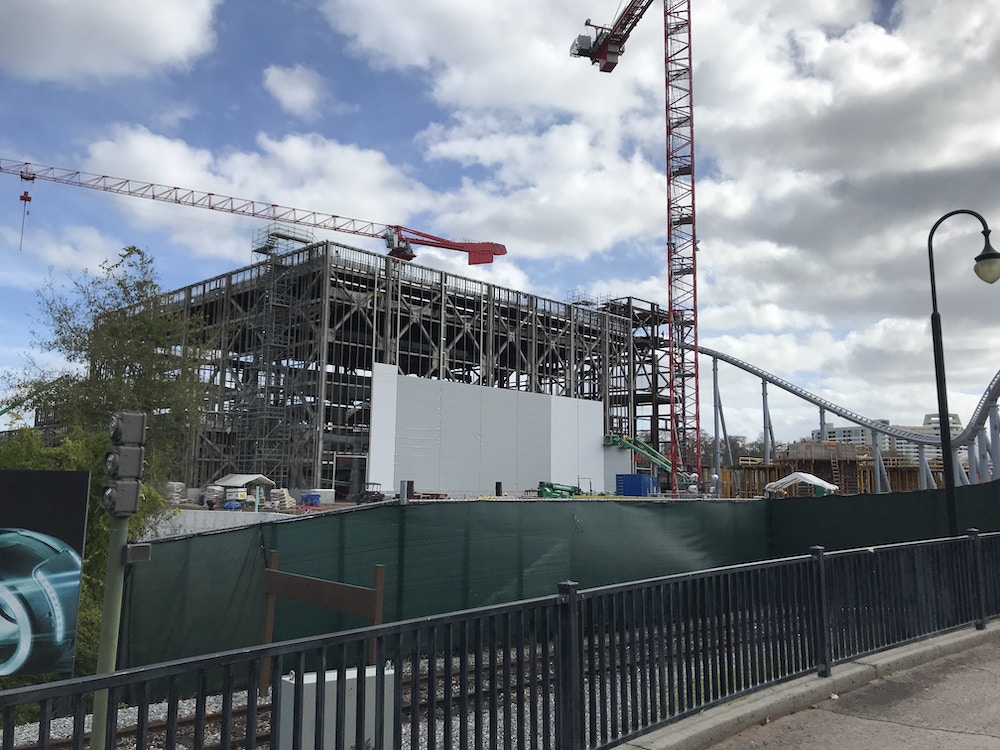 The best way to see the new wall panels on the show building is from Storybook Circus. Crew members were on cherry picker lifts installing more wall pieces. We’ll soak in this view of the interior section of the coaster while we can. If work continues at its current pace, we won’t be able to see inside the show building much longer. 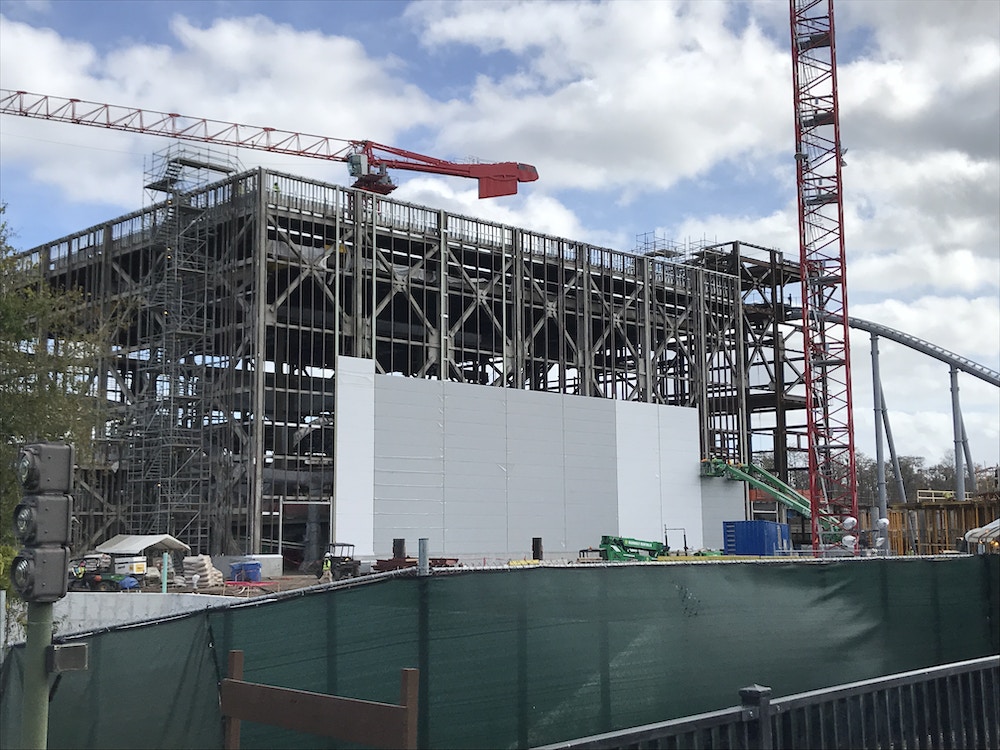 TRON Lightcycle Run is set to open at Magic Kingdom 2021 for Walt Disney World Resort’s 50th anniversary. If the anticipation is killing you, take a look at Shanghai Disneyland’s version of the attraction, TRON Lightcycle Power Run:

We’ll be keeping an eye on the TRON Lightcycle Run construction site. We’ll update you with any progress as it happens! Check out WDWNT for updates on all of the construction projects happening around Walt Disney World Resort.