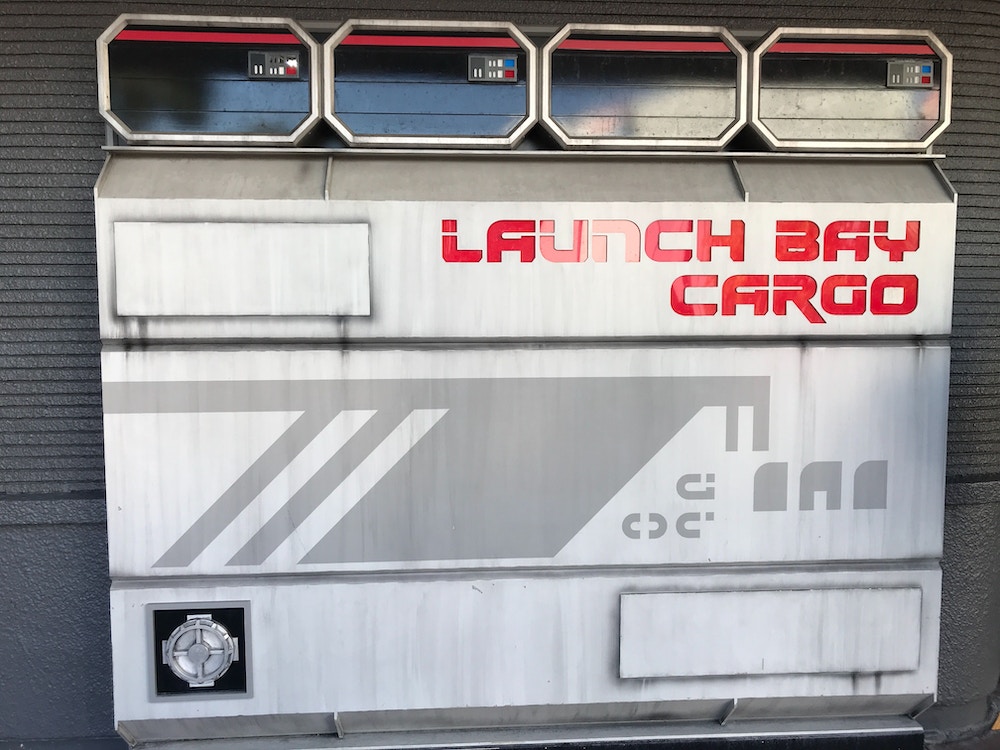 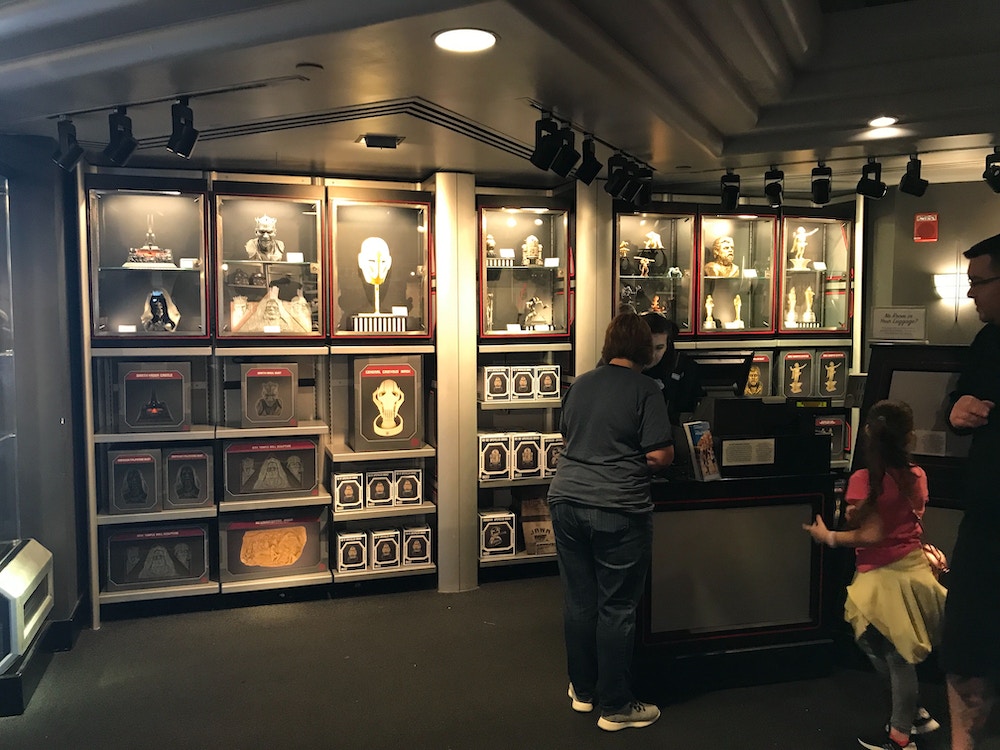 All the merchandise from Dok-Ondar’s Den of Antiquities is located in this shelf behind the cash register at Launch Bay Cargo. 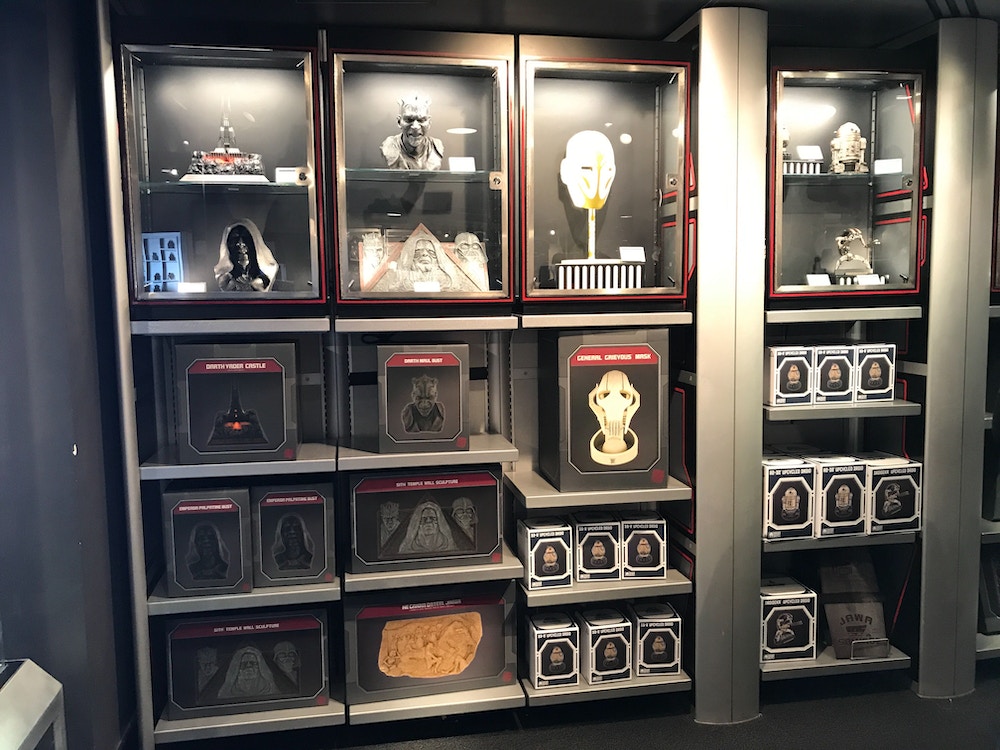 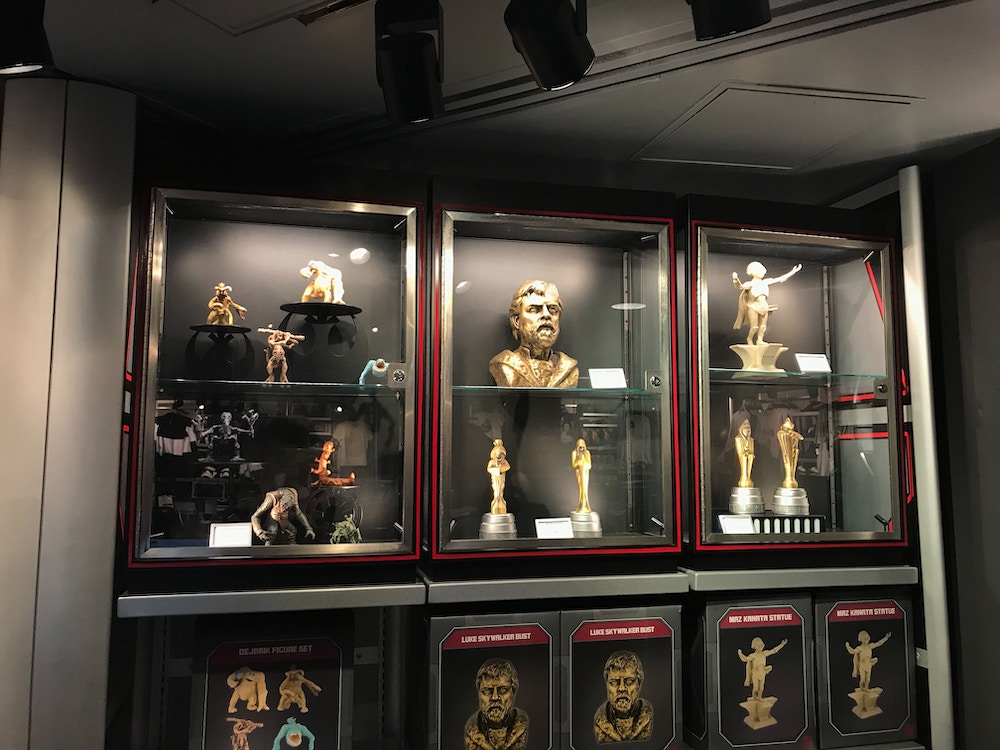 There are numerous busts and statues are available for you to purchase! 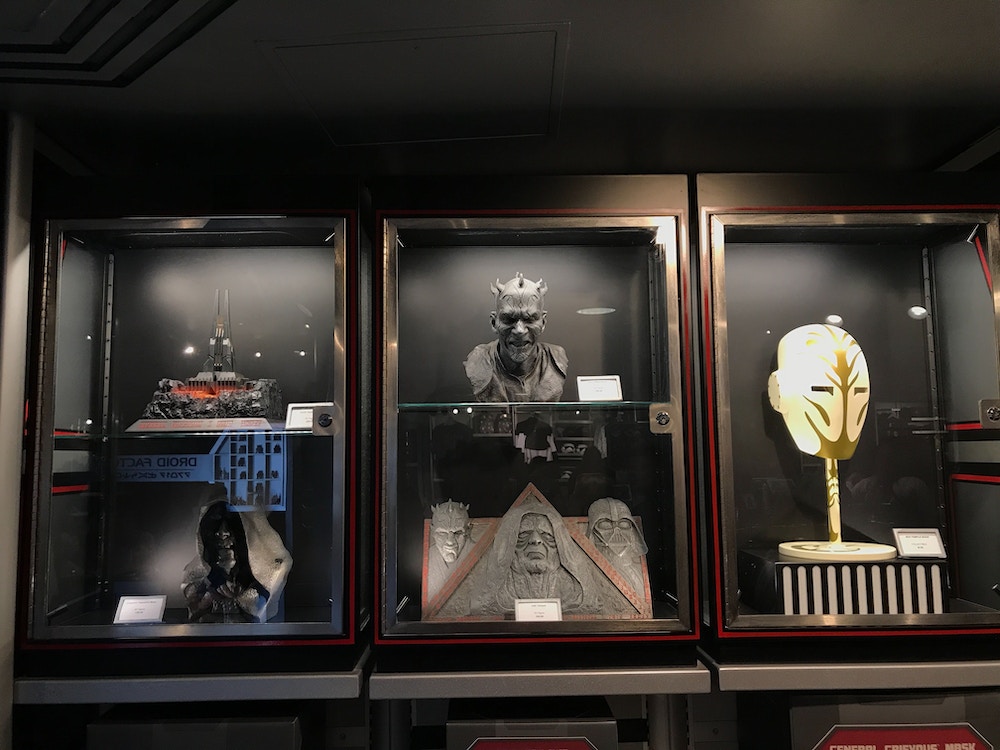 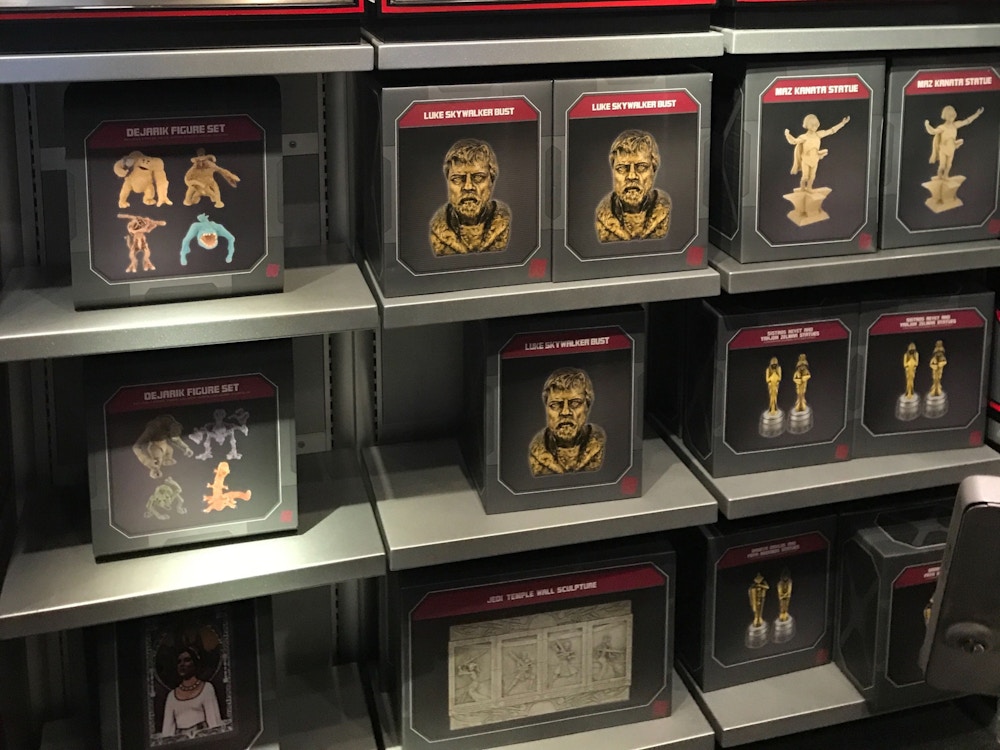 Does anyone want to play some Dejarik? 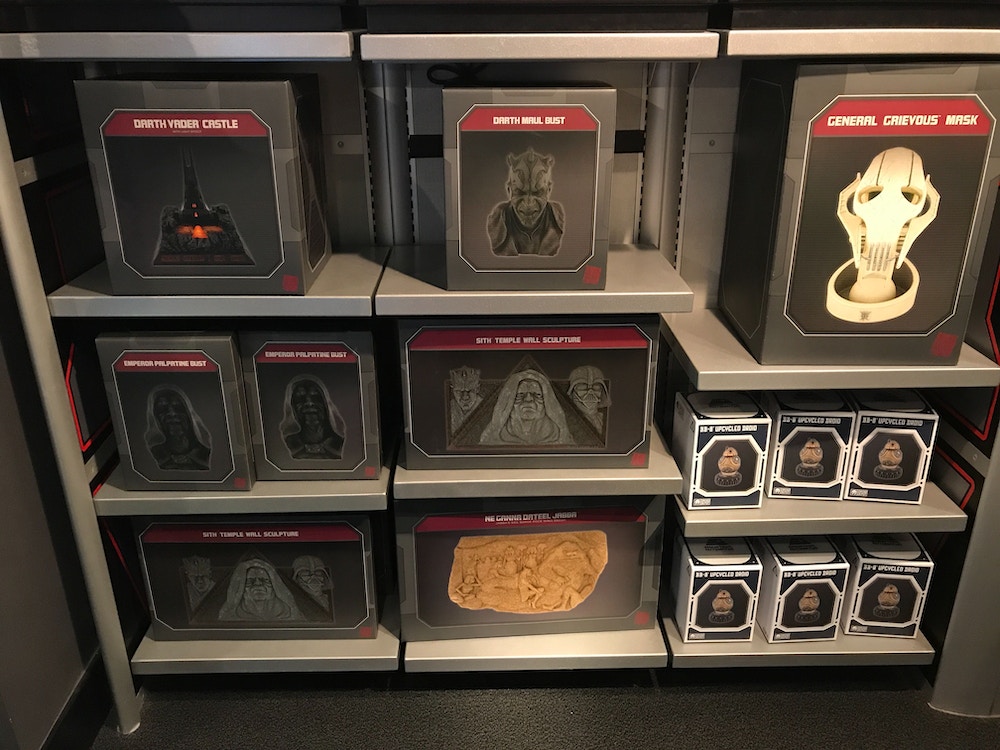 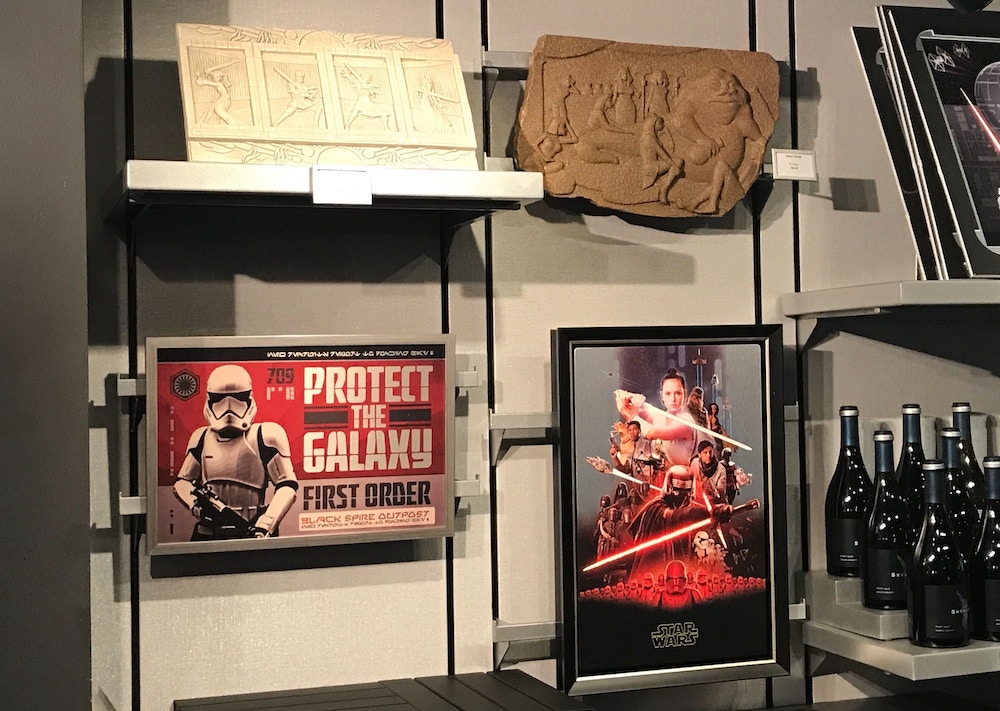 Plenty of First Order and new trilogy merchandise is available in this section of Launch Bay Cargo. Some of these items, like the First Order sign, are from First Order Supply, also in Star Wars: Galaxy’s Edge. 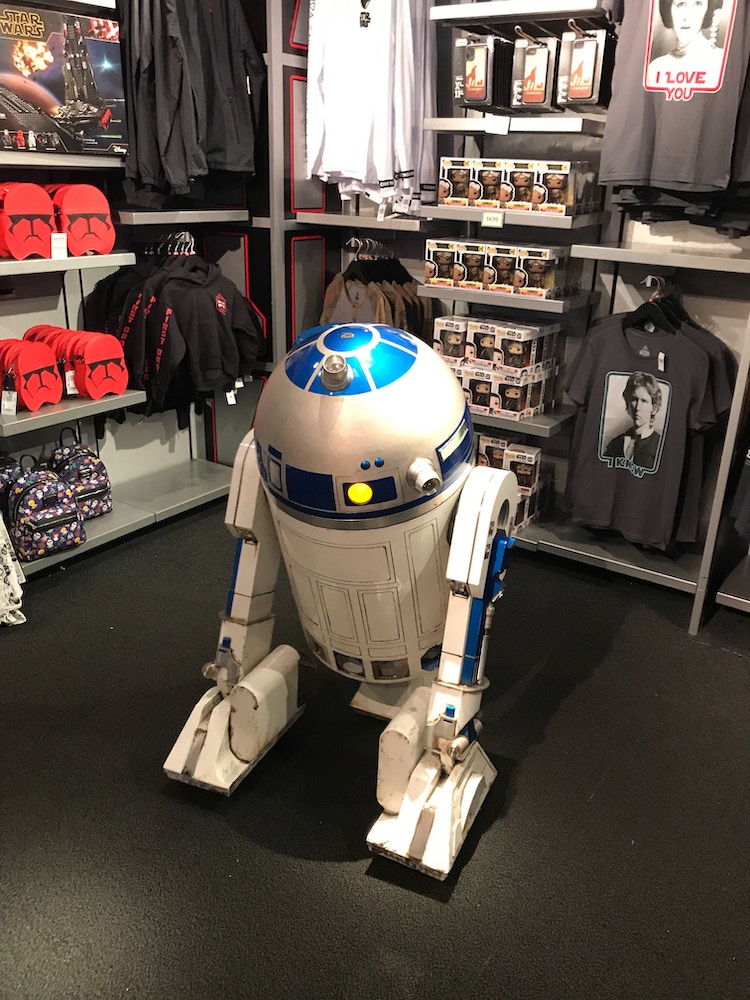 A roaming R2-D2 was seen roaming the store and doing a bit of merchandise browsing himself.

Stay tuned to WDWNT for any more Star Wars: Galaxy’s Edge merchandise found outside of the themed land.

Next
VIDEO: “Very Minnie Remix” Rolls in to Tokyo Disneyland