DISNEY+ REVIEW: More “Forky Asks A Question” Episodes To Come, And We Hope More Friends, Too! 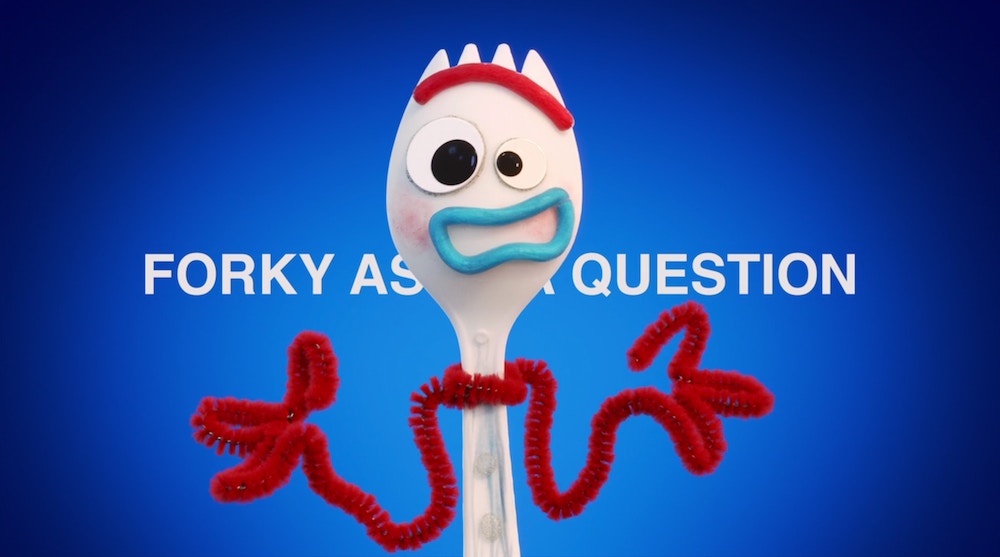 What is time? What is cheese? What is art? What is a computer? These are just a few of the questions Pixar’s short series “Forky Asks A Question” tackles. The series follows the spork-turned-toy hit character from Toy Story 4, Forky, and his plethora of questions about everyday life. Each of the ten episodes is no longer than four minutes and tackles a particular question with the help of Bonnie’s toys.

Hamm attempts to give Forky a lesson on how the US monetary system works.

Forky shares his thoughts on what makes a good friend based on his limited exposure to the world inside Bonnie’s house.

Mr. Pricklepants mentors Forky about the complexities of being an actor and the art of a convincing performance.

Rex uses the age of dinosaurs as an example to give Forky an understanding of the concept of time.

Forky attempts to understand the concept of love from Bonnie’s elder toys who believe they’ve been there, done that.

Trixie explains to Forky what a computer does as they experience the common stress of technology.

Dolly teaches Forky the qualities of a good leader, and Forky puts those qualities to the test!

Forky meets Rib Tickles and finds her charming and pleasant, only to be schooled by Rib about the dangers of law enforcement.

Buttercup, annoyed by all of Forky’s questions, speed teaches everything there is.

The energetic peas-in-a-pod siblings teach Forky about reading and how it is done, with a little help from Mr. Spell. 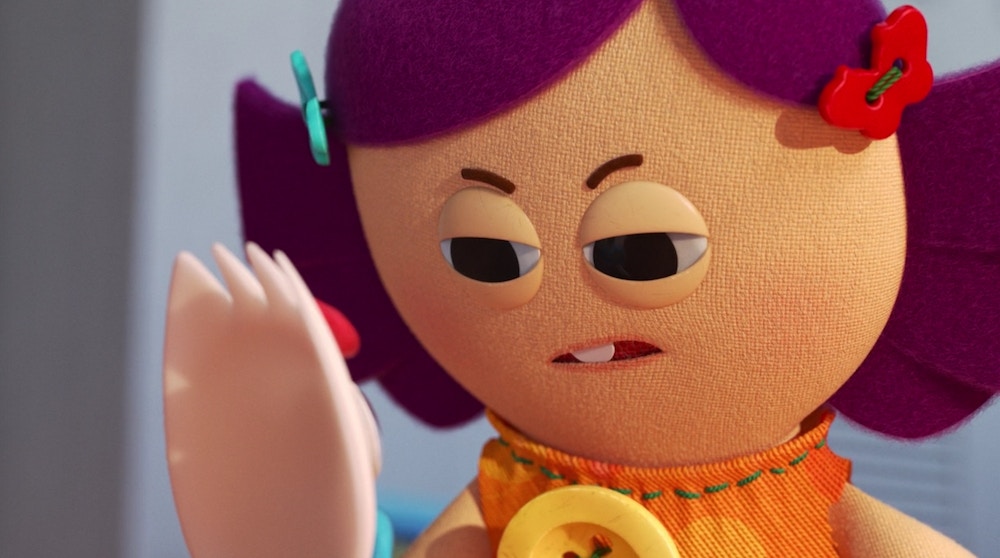 The overall idea of this series is a good one, I’ll say. But the finished product left me wanting more from Pixar… except not in a good way. The series would have been such a great platform to actually answer these questions in an educating, but entertaining way. Instead, we ended up with a series that kinda seems like everyone is annoyed by the whole premise of the show, which is to ask questions!

Unfortunately, the decision to have Bonnie’s toys involved individually was a bad one, as well. Together as a group, the toys are able to play off one another and they seem likable and understanding to each other. But separately, these toys were cranky, self indulging, and just plain mean.

The only toys that seemed like themselves and fully fleshed out have been in the Toy Story universe since the beginning: Hamm and Rex. Both of them work great in a group but also have qualities that make them unique and likable as individuals. The absence of the original gang (Buzz, Jessie, Bullseye and the Potato Heads) is such a shame, and the absence is noticeable. For obvious reasons, we can’t have Woody. But what are the other toys doing? 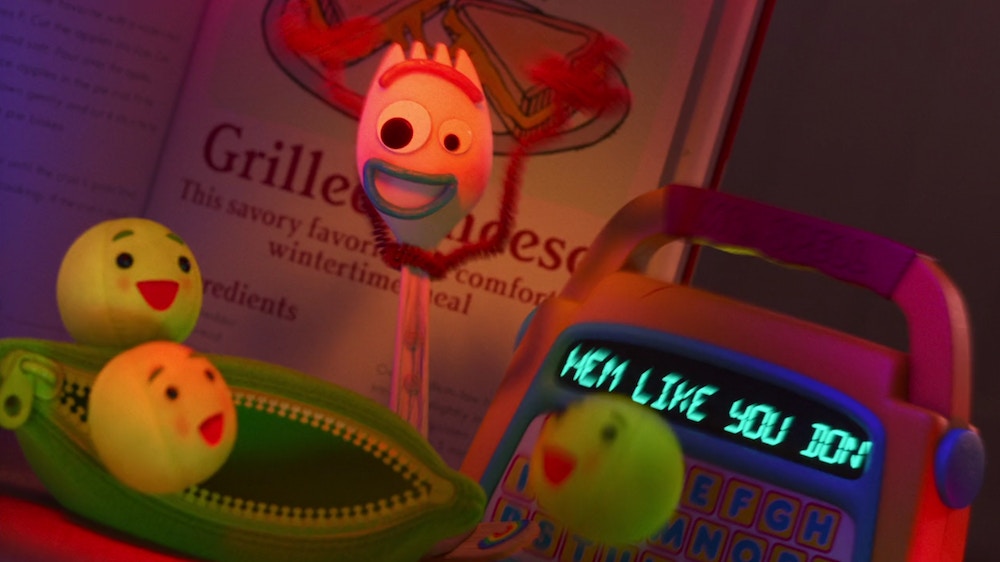 Forky was such a breakout star of Toy Story 4 that its great to see him back. Forky’s childlike energy and wonder is fun to see play out, despite most of his co-stars getting annoyed with him. The overall writing, jokes and one-liners were written amazingly. Episodes “What is a Computer?” and “What is Cheese?” has the wittiest lines of the whole series.

The design and execution of most of the background characters was creative and something I expect from Pixar and the Toy Story franchise. I’ll admit, despite how I feel about the characteristics of Bonnie’s toys as individuals and how annoyed they seemed with Forky, the fact that they (and some obscure ones, too) are included in the series was a delight. 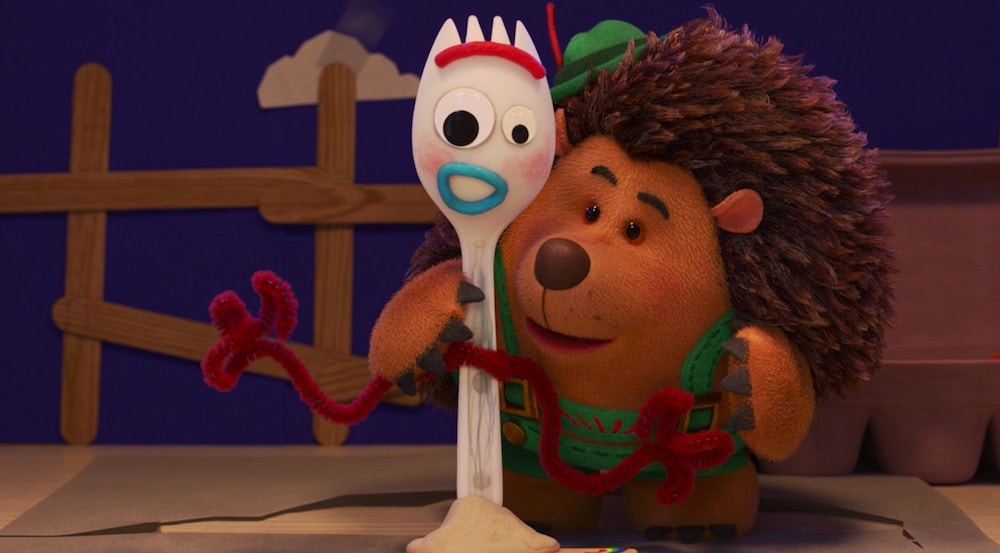 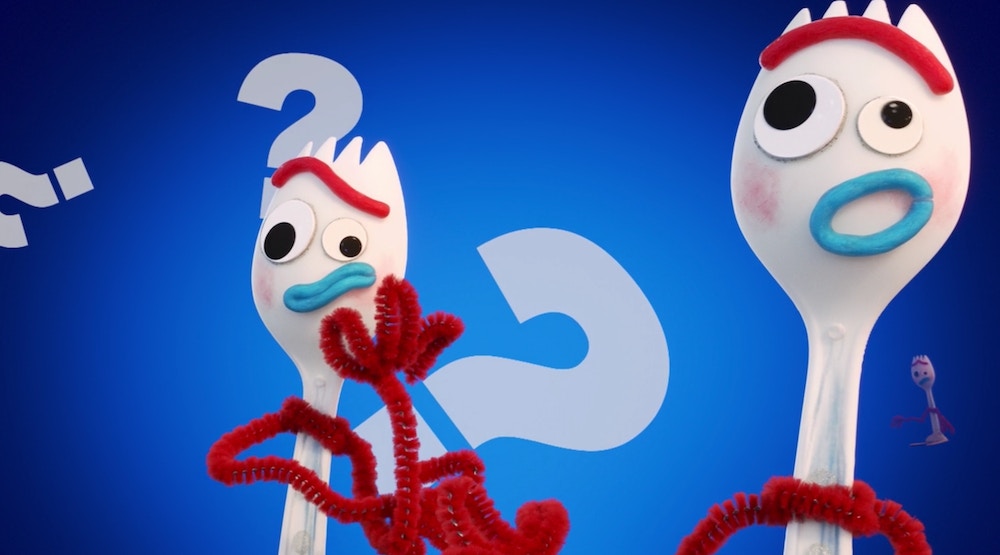 “Forky Asks A Question” was a series that came with lots of questions, besides the ones in the show. The lack of main characters from the Toy Story universe was unfortunate. On the other hand, Forky being just who he is and the amount of different characters we get to see was great. With a tease in the credits of episode ten, it’s safe to say Forky will be back with more questions — and we’re hoping more friends, too.

What did you think of “Forky Asks a Question?” What did the younger viewers think? At the end of the day, “Forky Asks A Question” was for them, so I’d love to hear their thoughts.