You may remember that earlier this week we brought to you the news that Buzz Lightyear’s Space Ranger Spin had reached a milestone with its major queue alterations – from removing the classic console from the middle of the room, moving the door to the load area, and bringing down the wall that was blocking the FastPass merge area. Since we’re in the park for the first 2020 Disney Villains After Hours event, we thought we would stop in on Buzz and see how the project was going.

When we walked in, we were incredibly surprised. The wall that was dividing the FastPass merge point, that was just taken away, has come back bigger and longer than ever. Though, this one seems much nicer, themed to the area, and clean. 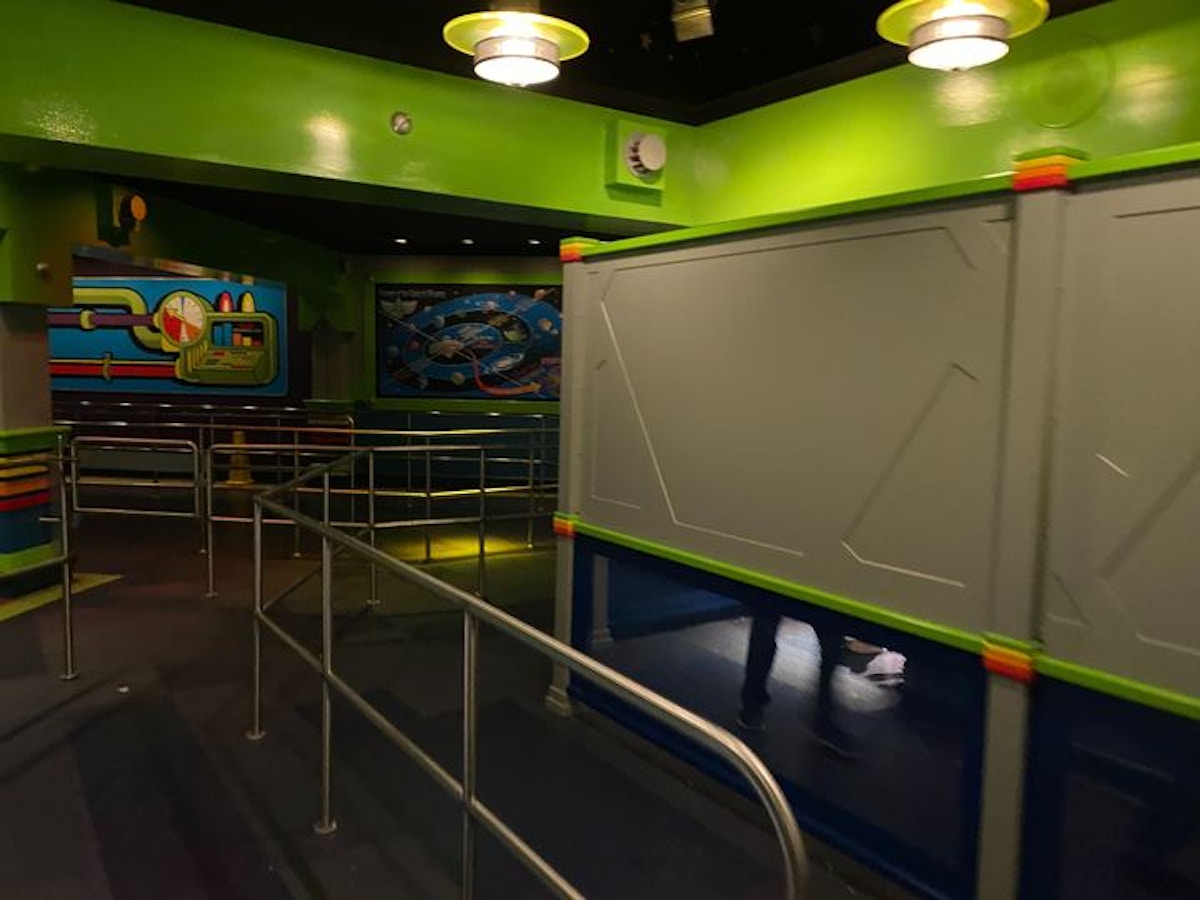 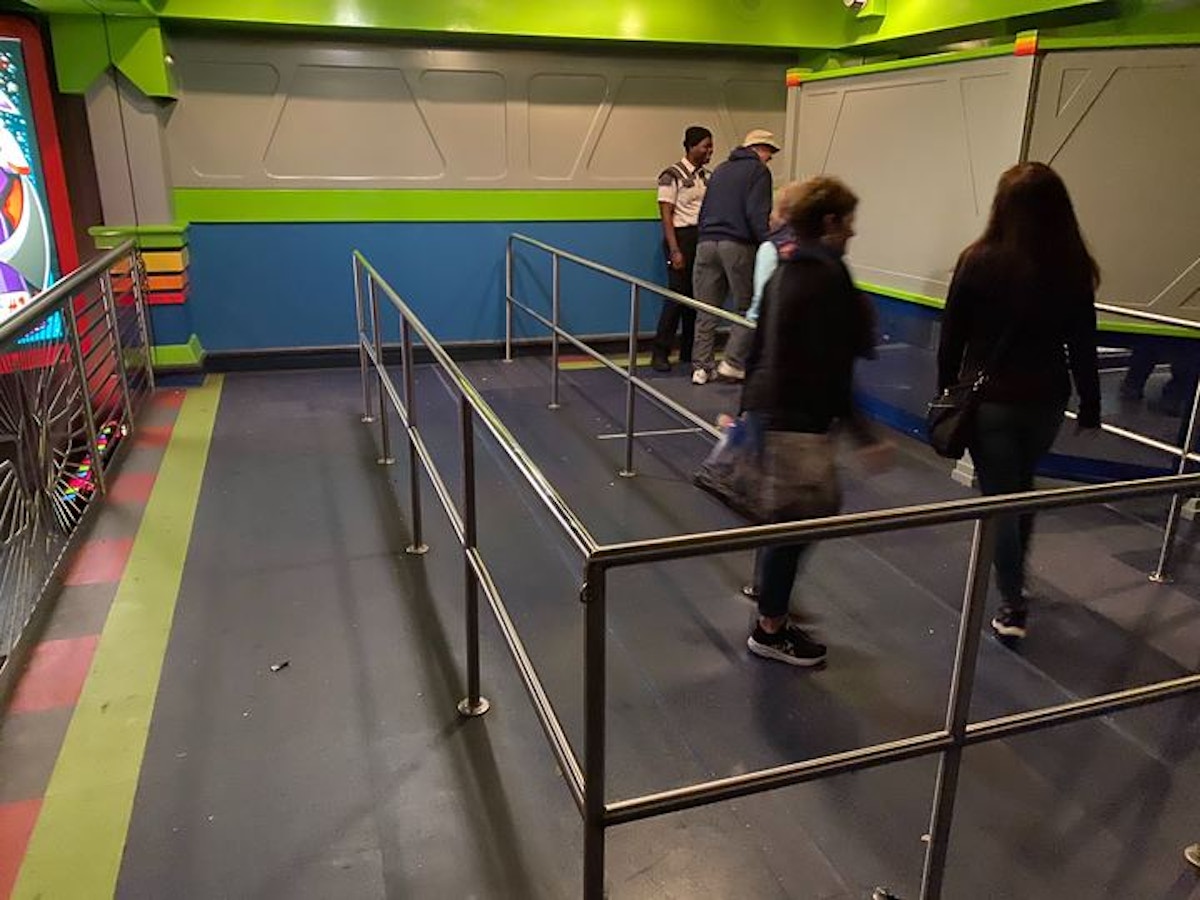 The railing work is also done, meaning the project is complete. 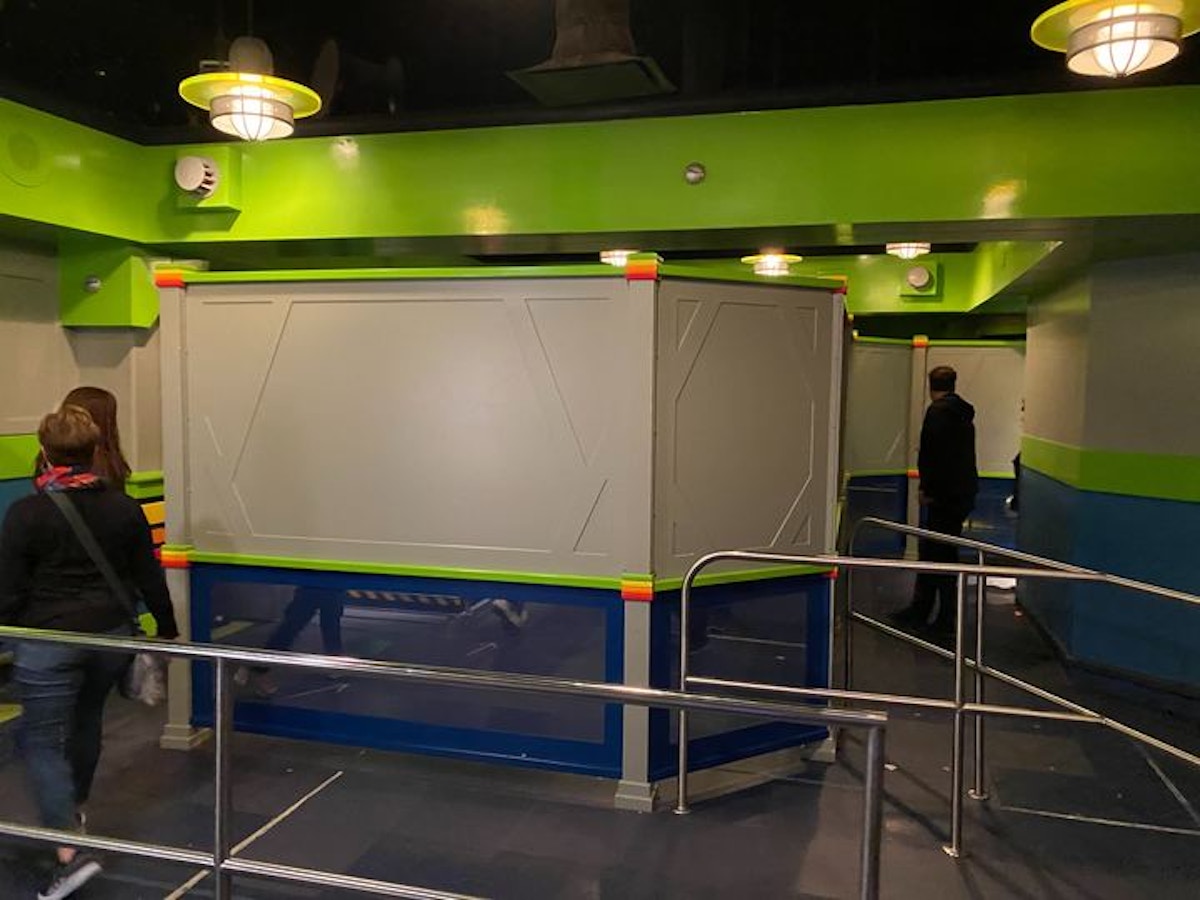 The wall starts from the front of the attraction building, completely separating FastPass and standby queues from seeing each other. In fact, standby guests can’t even see the merge point to know they’re being cut-off by FastPass guests around the corner. The photos that you’re seeing above are taken just entering into the attraction building. Standby will no longer get to see the room on the right. 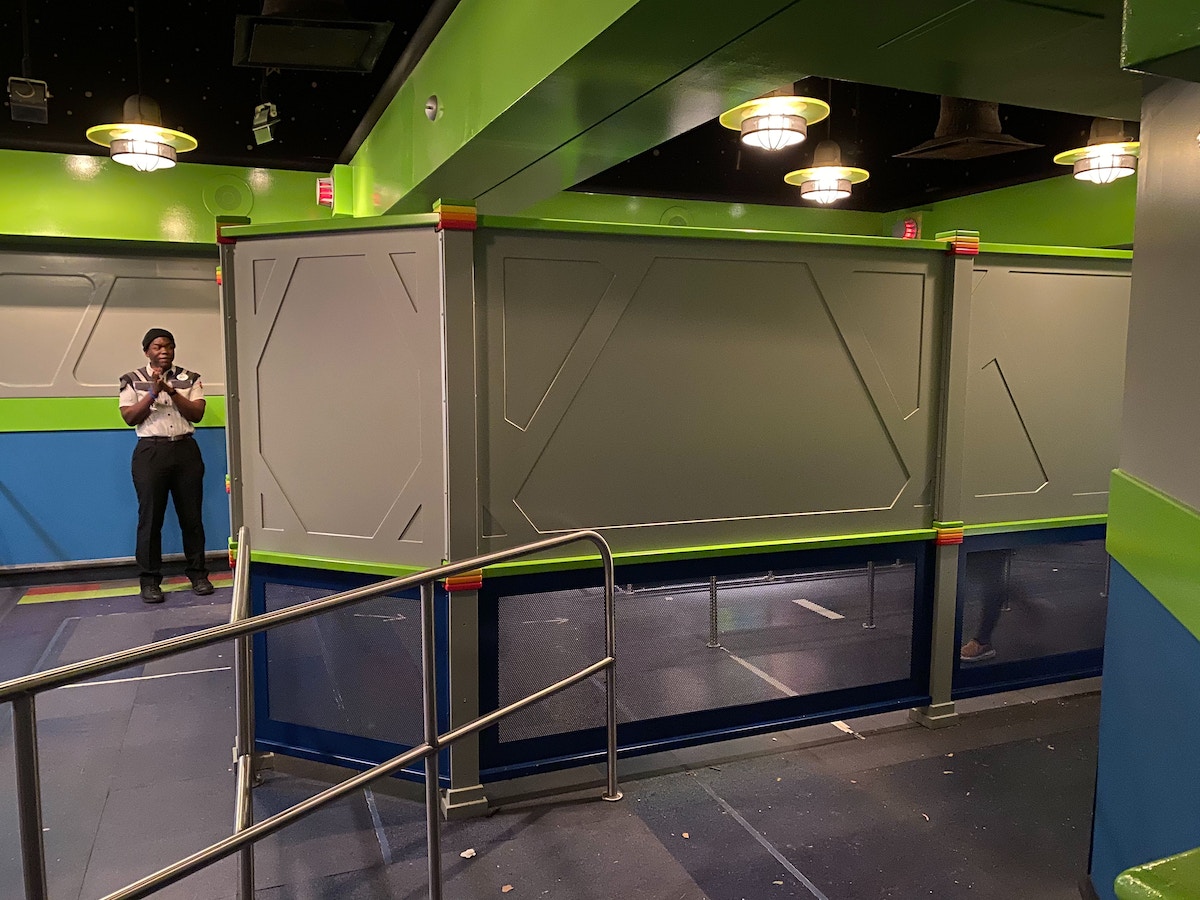 With more interior queue given to FastPass, the console was removed to maximize the standby queue space. Chances are that standby will often start outside anyway, but you may be waiting outside longer given these changes. 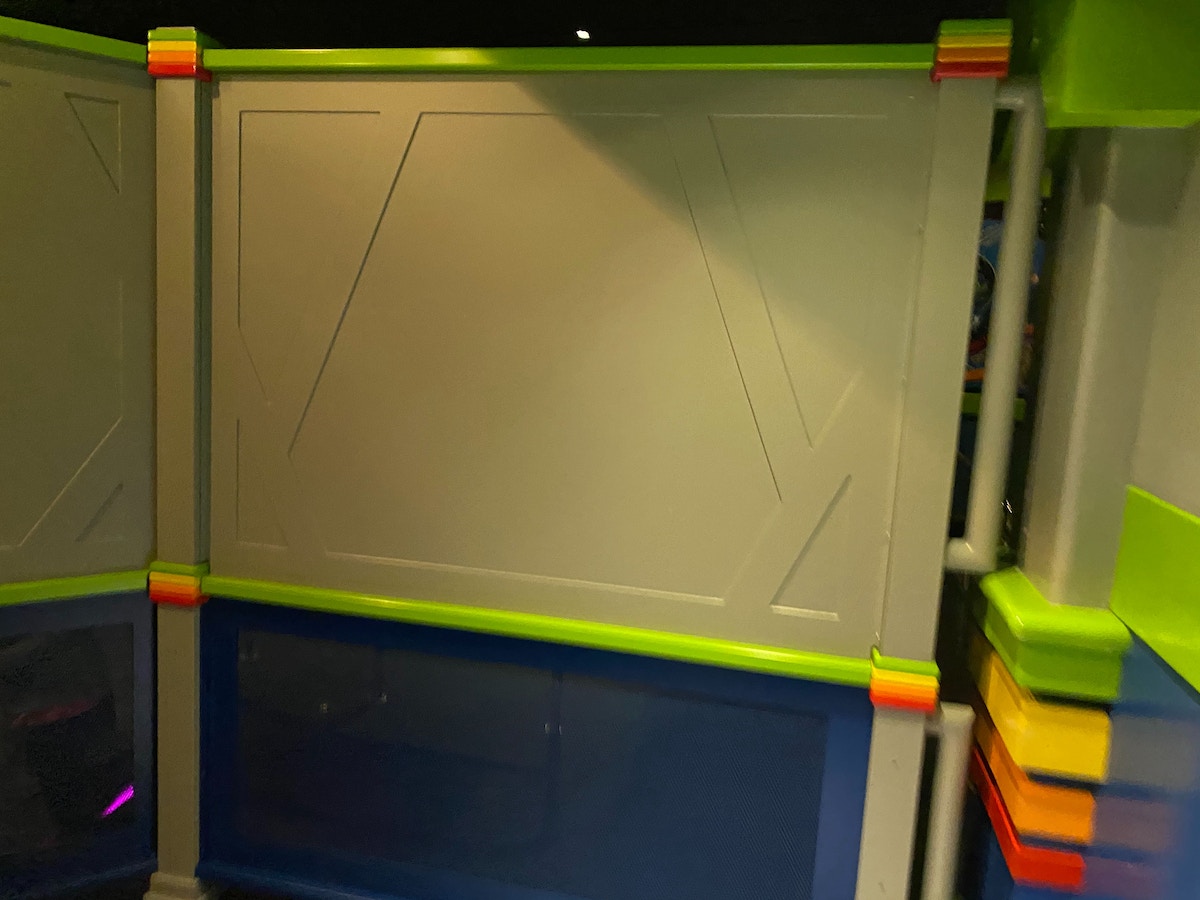 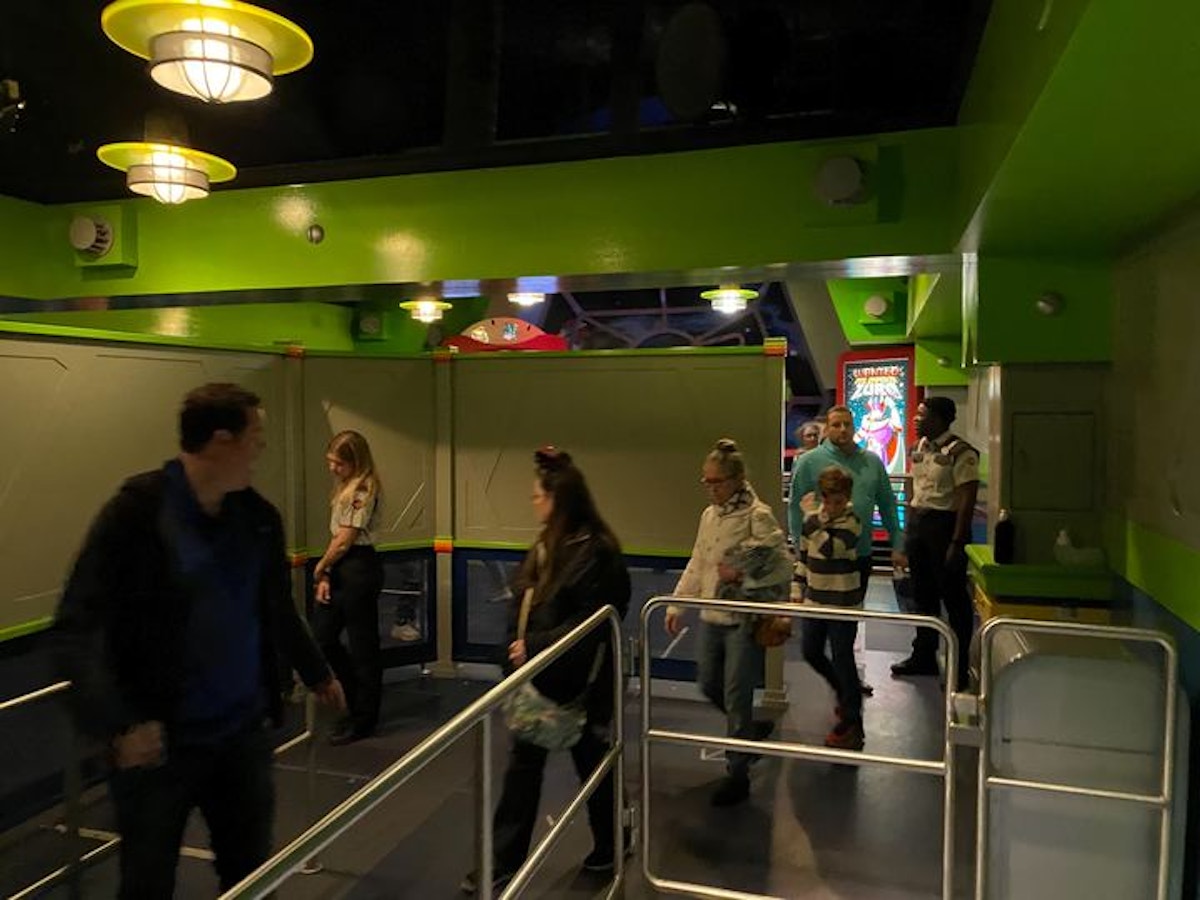 Of course, here is where the previous merge point used to be, before the load doorway was moved.

What do think of all of the queue changes happening to Buzz Lightyear’s Space Ranger Spin? I have so many wonderful childhood memories of this attraction, but the queue hardly the looks the same anymore. We’ll have to wait and see if that is for the best.

Previous
PHOTOS, REVIEW: The Diamond in the Rough Slush is Well, Rough at Disney Villains After Hours 2020

Next
PHOTOS: Every Piece of New Merchandise (with Prices) for Disney Villains After Hours 2020 at the Magic Kingdom