While walking in to Disney Springs today, we were greeted with a rather large new addition. The new Cirque du Soleil sign was in place over the large performance theater. 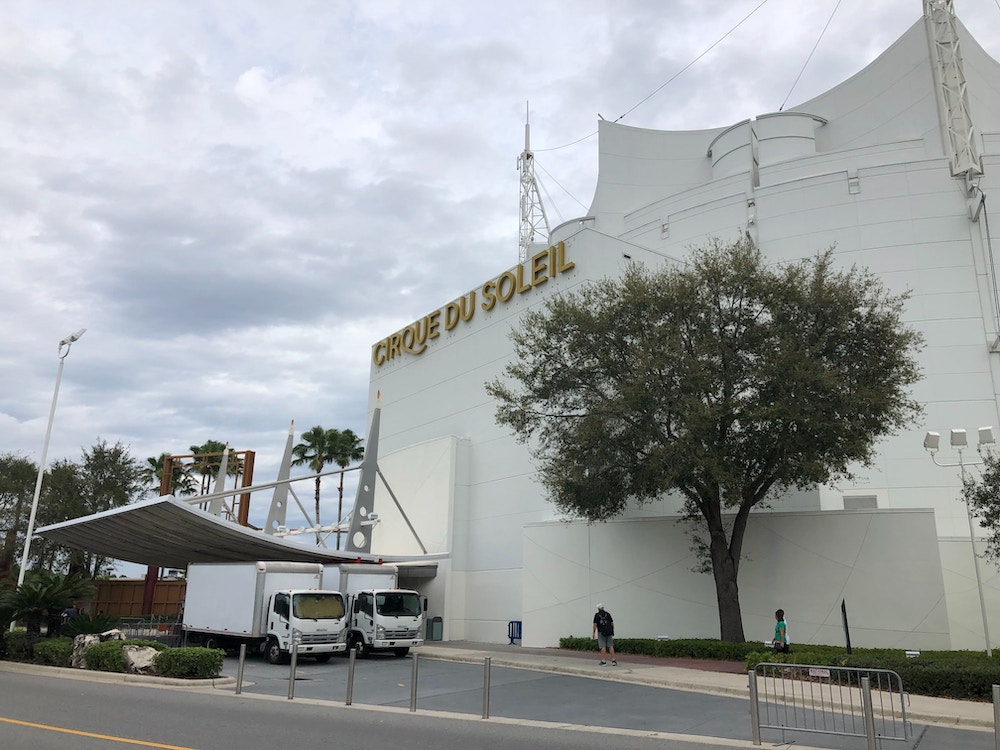 The theater, which has sat dormant since the finished run of La Nouba in December of 2017, has not seen many changes to the outside in the 2 years since its closing. La Nouba ran for 19 years and was a classic Cirque du Soleil performance. Typical of what you might see in Las Vegas or some of their other performance locations around the world. 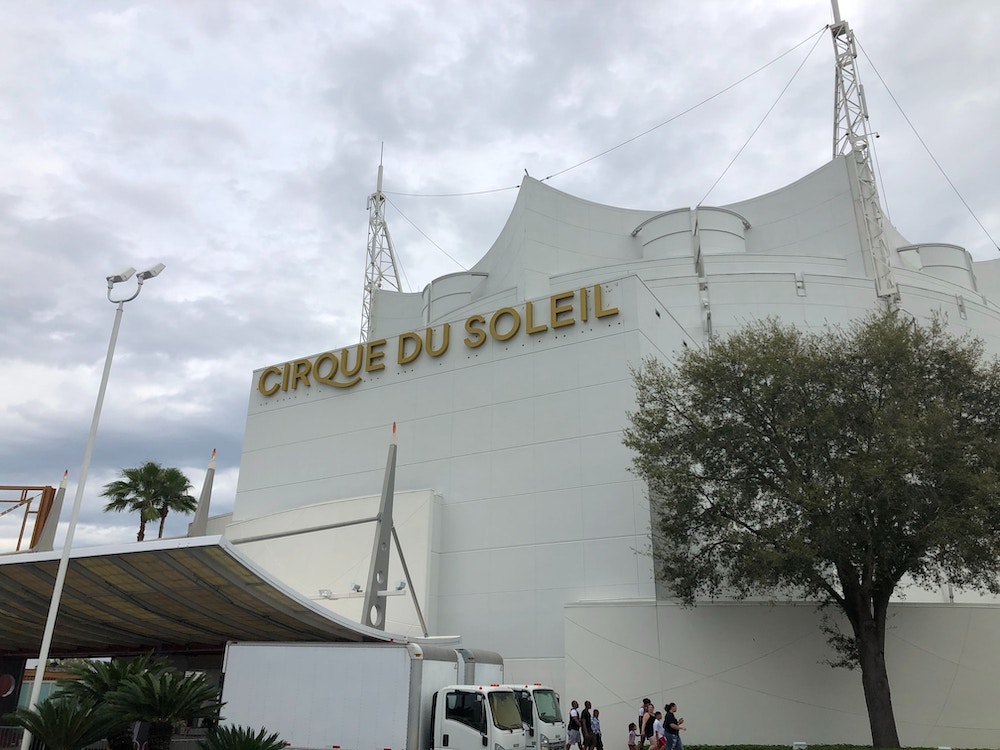 With the announcement at D23 Expo last year, Cirque du Soleil will be launching a new show “Drawn To Life” in partnership with Disney. Written and directed by Michel Laprise and Fabrice Becker, this collaboration between Cirque du Soleil, Walt Disney Animation Studios and Walt Disney Imagineering will the first of its kind being uniquely Disney themed. It will open for previews March 20, 2020, and officially premiere April 17, 2020. The show will take residency at Disney Springs. Tickets are on sale now at cirquedusoleil.com. 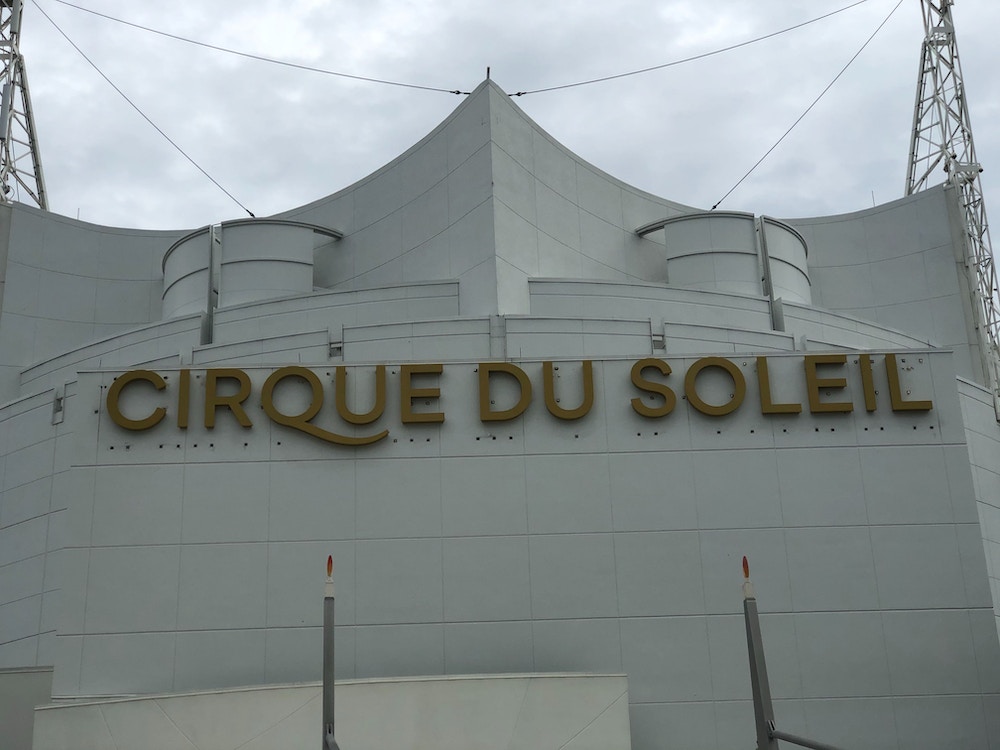 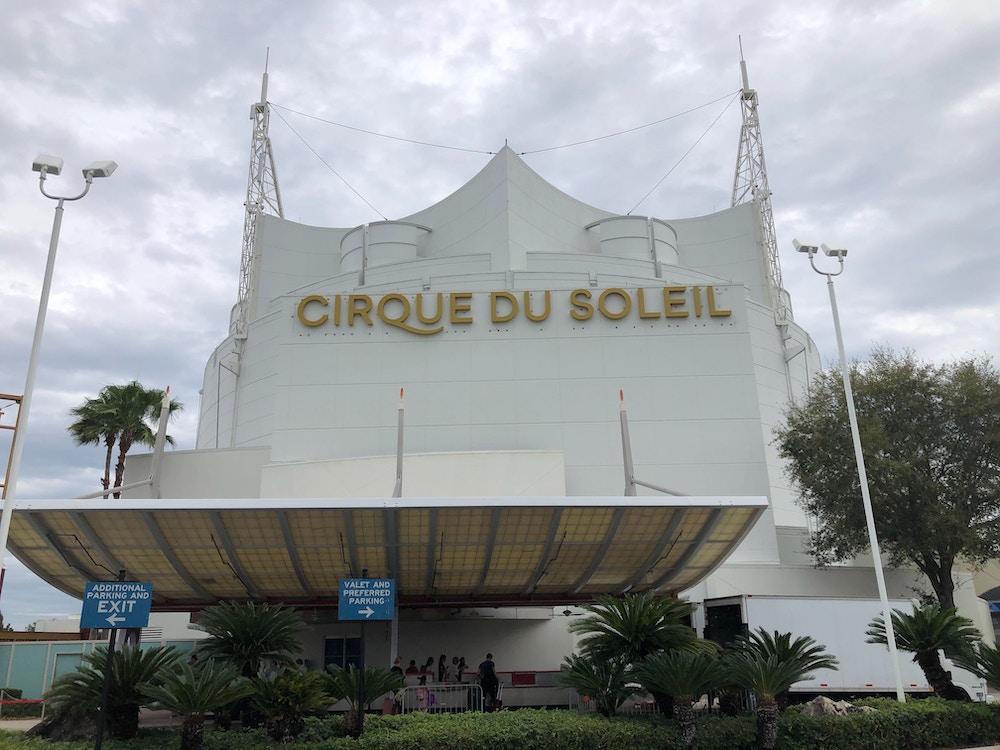 To the naked eye, the Cirque du Soleil logo looks pretty much the same as the old logo. But on further inspection, the overall logo is a bit less boxy and formal and has been brought into a more modern look. 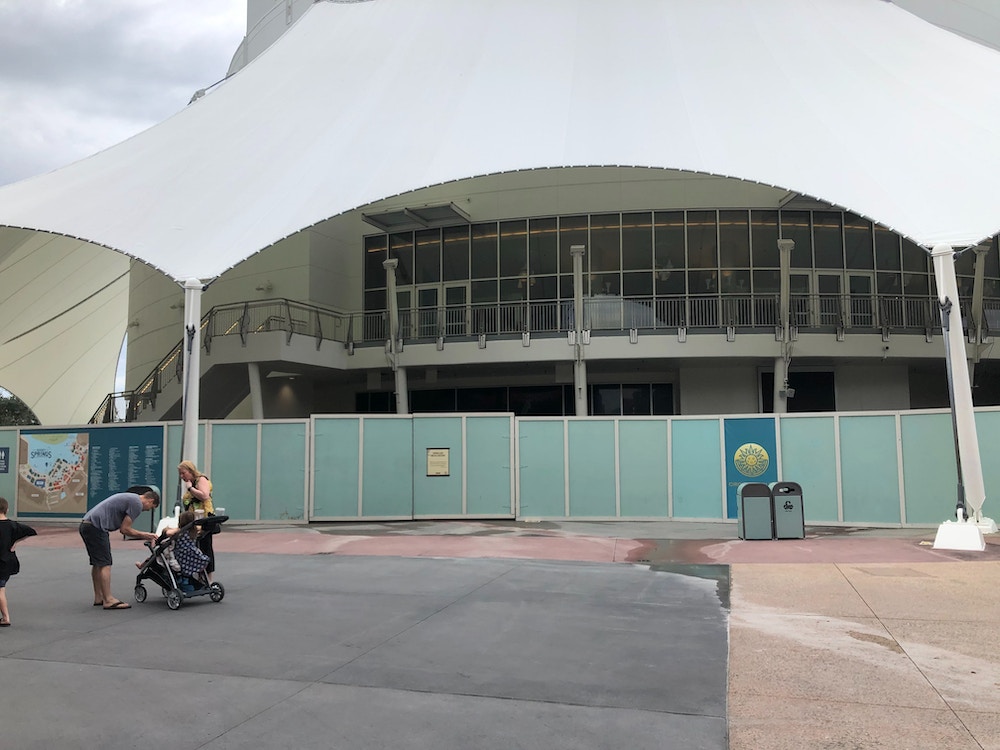 Walking around the theater, we could also see that the store signage had been removed as well. 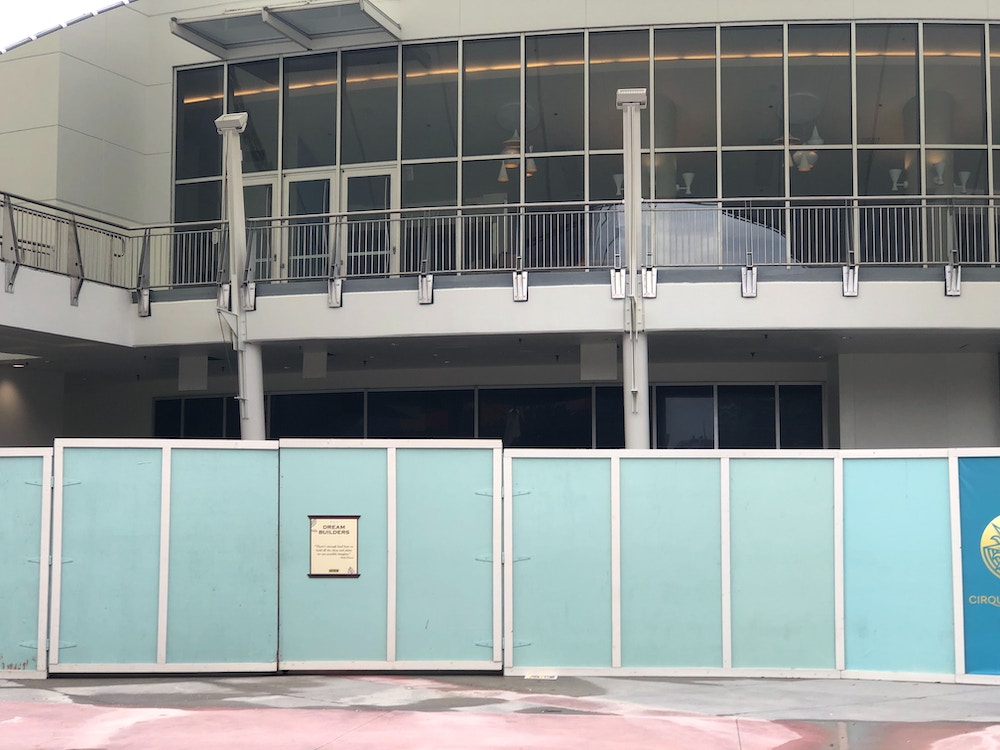 With cast previews taking place in the next few weeks, and the premiere being less than 2 months away, this is soon to be a hoppin’ and show stoppin’ part of Disney Springs. Do I have any fans of La Nouba? Or are most people excited for more of a Disney twist? Let me know in the comments!