The show must go on, and now, Miss Piggy is finally ready for her close-up outside of Muppet*Vision 3D, where the beloved Muppets Courtyard fountain has been restored after refurbishment. 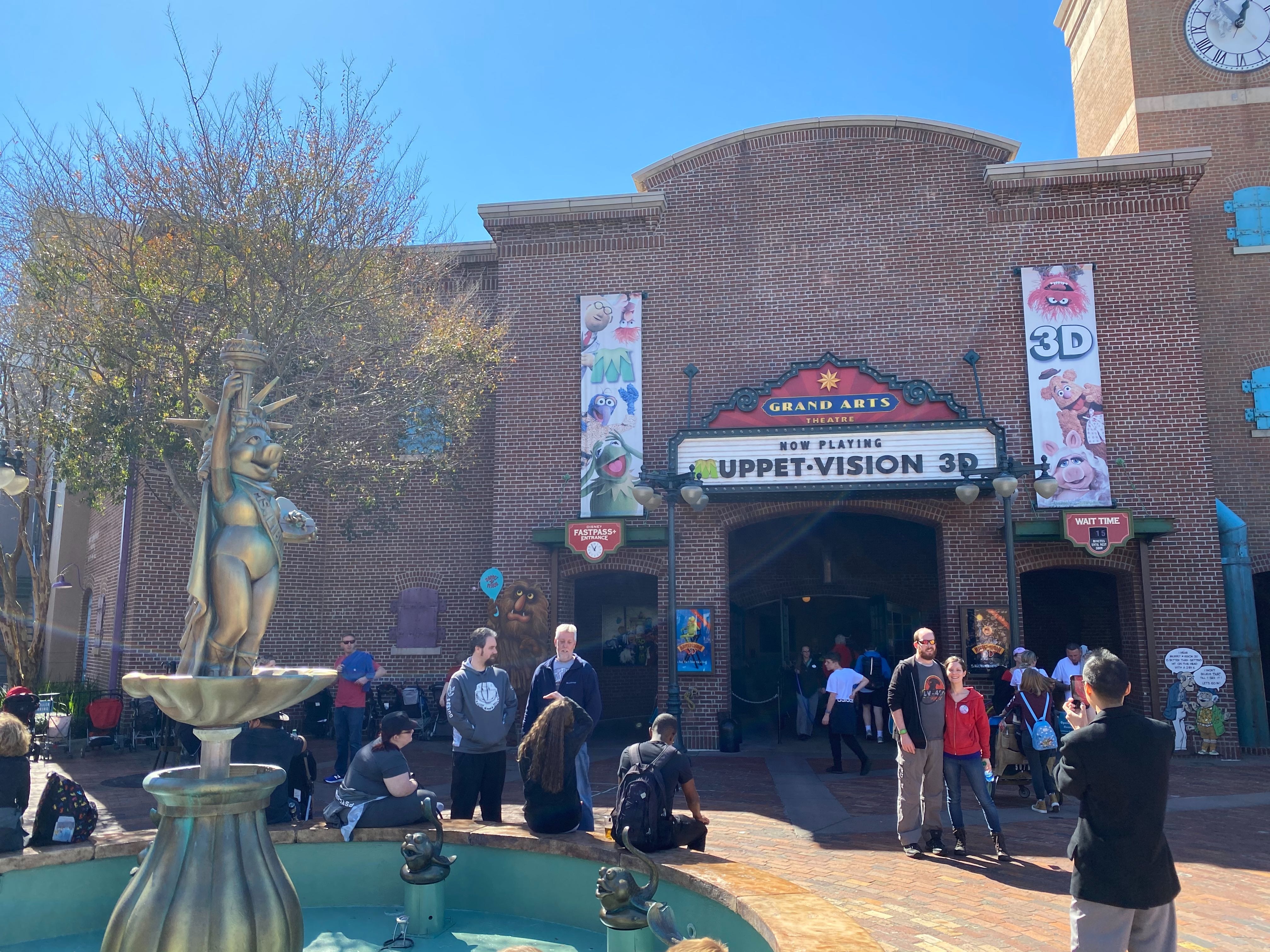 Refurbishment on the adjacent attraction led to having the famous fountain dismantled, but Miss Piggy has returned dressed as the Statue of Liberty once again. 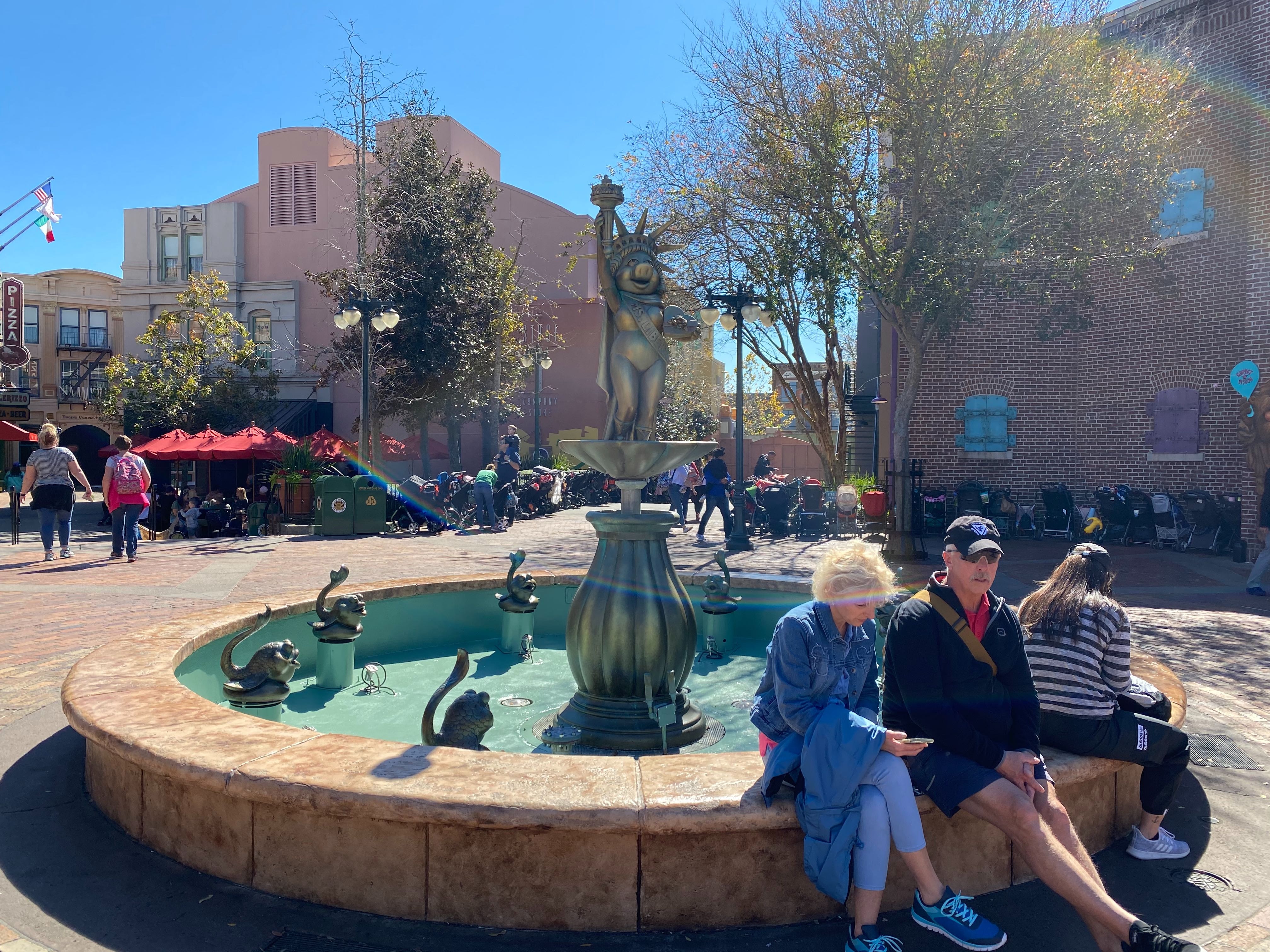 We did notice that the boat with the two fishing rats is gone, potentially furthering the trend that they are simplifying the fountain by removing as many characters as possible.

Starting in late 2016, the fountain became a planter to accommodate Galaxy’s Edge construction, and when it did return as a fountain, the moving elements and a number of character statues had been removed from it as part of the Grand Avenue makeover of the former Muppets Courtyard. In any case, Miss Piggy looks great, having received a fresh coat of paint and all of the water stains removed, she looks perfectly glossy and golden. 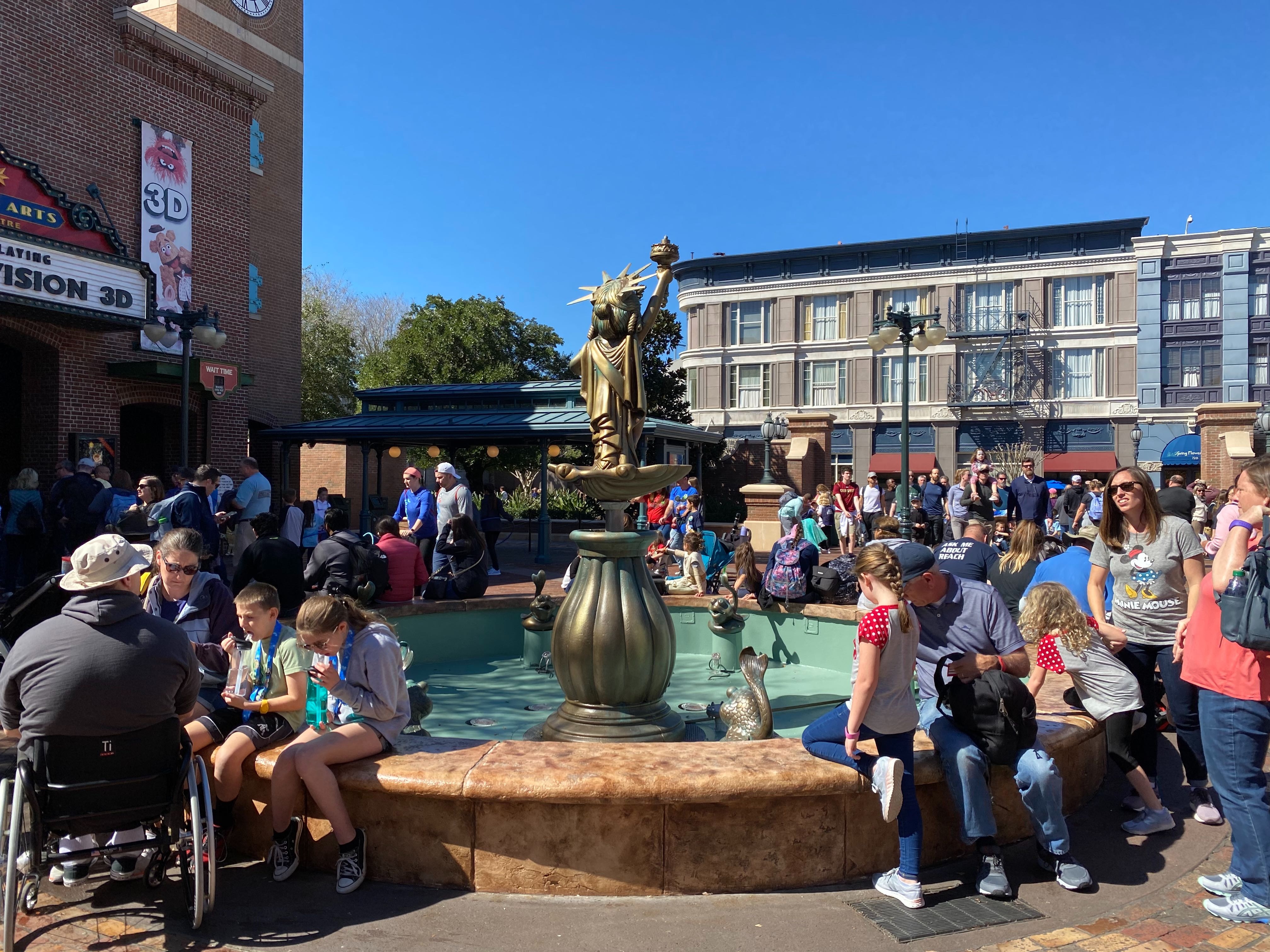 The fountain has yet to be filled or turned on, so there’s still the slight possibility that the fishing rats will return with the waterworks.